“Sweetheart Grips”: WWII Soldiers Would Make Clear Grips For Their Pistols To Display Their Sweethearts 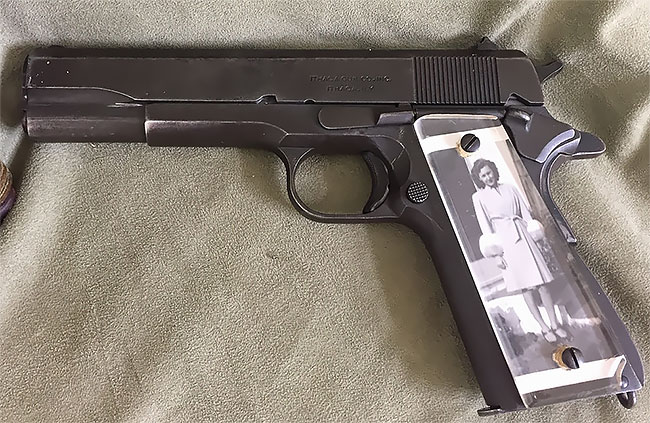 Soldiers throughout history have always personalised their equipment. By using something as artistic as nose art on a 16 ton bomber, or as simple as scratching their initials into their canteen or into the butt of their rifles. Since WWI, we have been used to battlefield art known as ‘trench art’.

Not limited to the World Wars, the history of trench art spans conflicts from the Napoleonic Wars to the present day. Although the practice flourished during WWI, the term ‘trench art’ is also used to describe souvenirs manufactured by service personnel during WWII.

Some items manufactured by soldiers, prisoners of war or civilians during earlier conflicts have been retrospectively described as trench art.

Ever since cameras were invented, service men and women have tucked away precious pictures of their loved ones. Pictures end up tucked under helmets, stuffed in pockets, in cigarette cases, bibles – there’s always a way to keep your nearest and dearest close to you. If you didn’t have a loved one – there were always pin up girls.

During WWII, GIs found a pretty unique use for the clear plastic Plexiglas. The material was developed in 1928 in several different laboratories by many chemists such as William Chalmers, Otto Röhm and Walter Bauer and was first brought to market in 1933 by the Rohm and Haas Company under the trademark Plexiglas.

It was a great invention and was used heavily during WWII, especially for the windows in planes. It was used in windows on vehicles and, due to its lightweight and malleability, began appearing on warplanes used by both sides, covering canopies, gun turrets, and aircraft viewing ports and anything else that needed glass.

Servicemen started to use Plexiglass from downed aircraft to carve replacement grips for their Colt M1911 pistols. Taking off the standard wooden grips from their sidearms, to replace them with handmade transparent grips. Then they would personalise them but placing a picture of their sweetheart of a pin up girl underneath. Thus, these became known as “sweetheart”grips. 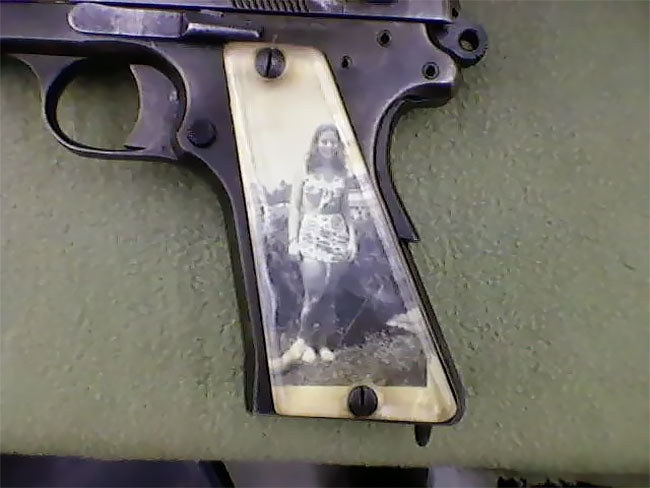 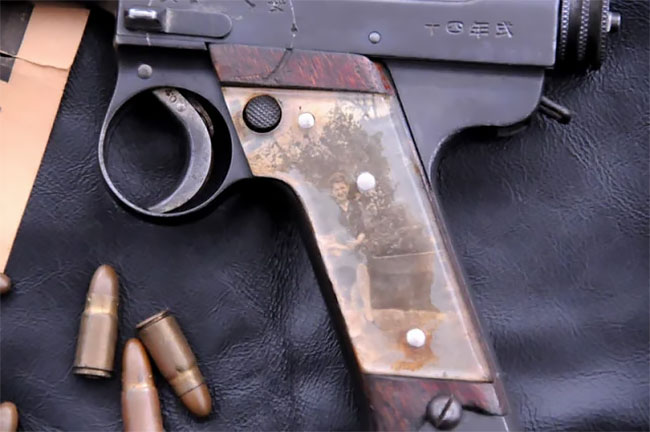 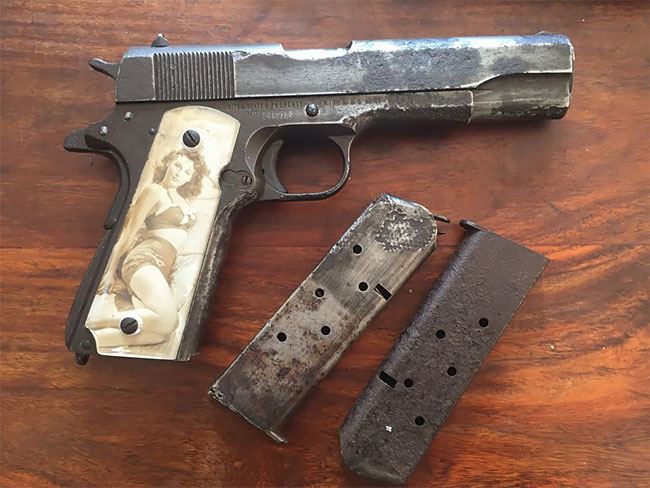 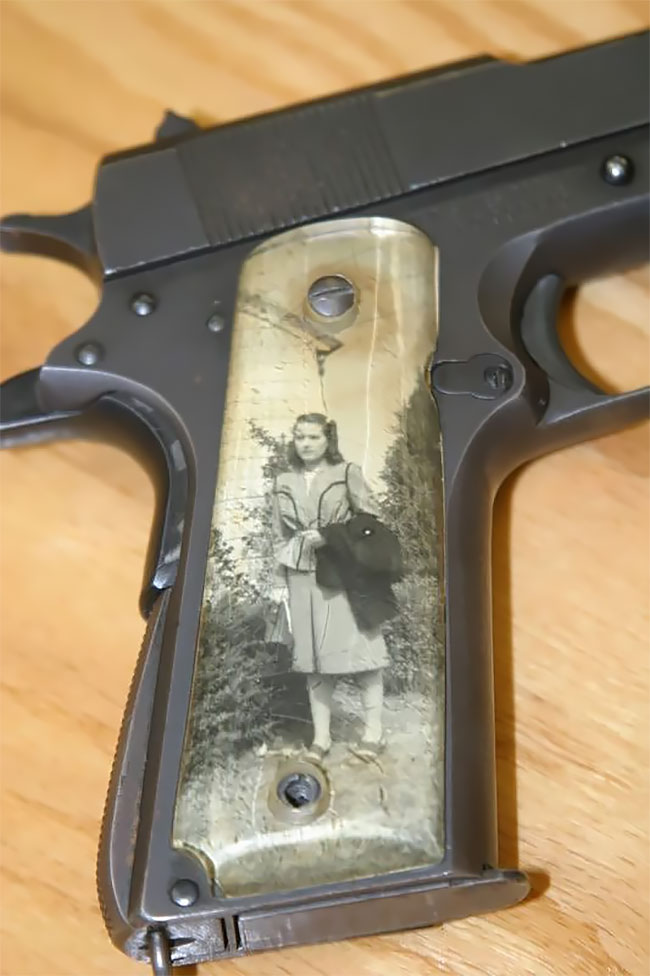 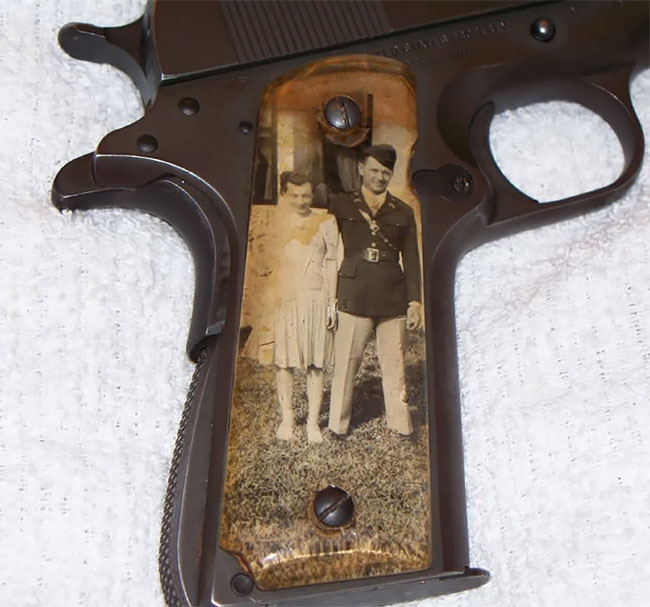 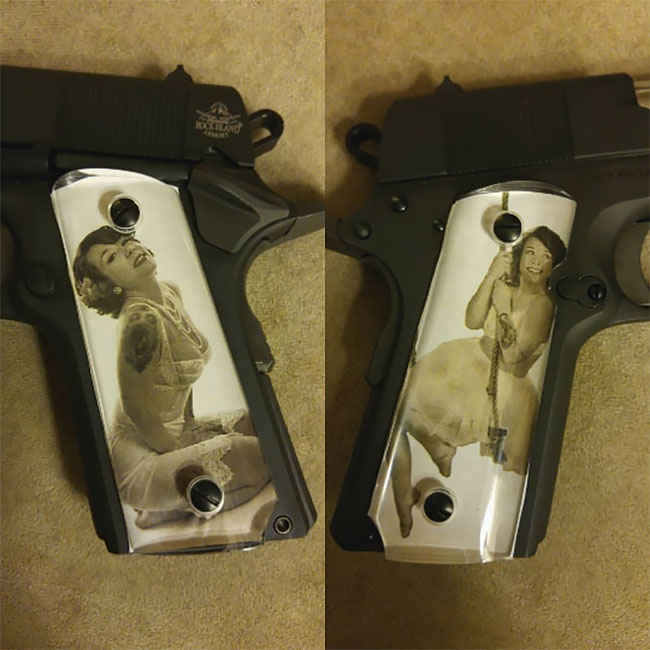 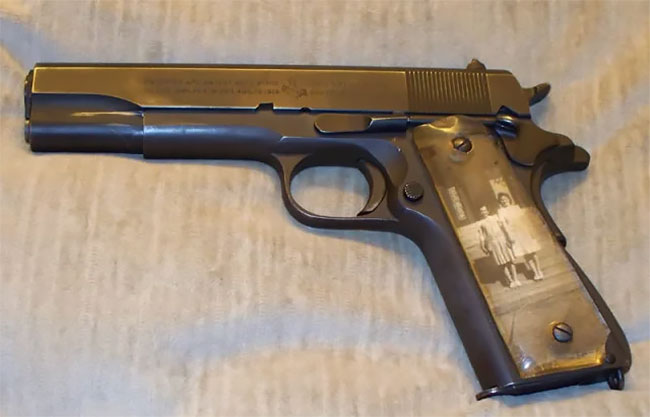 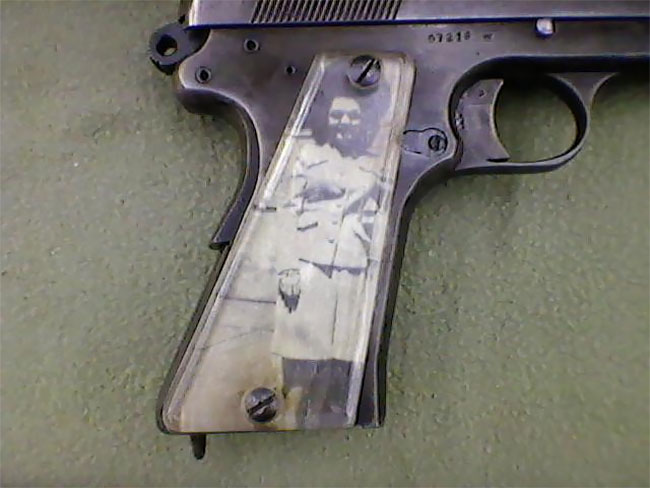 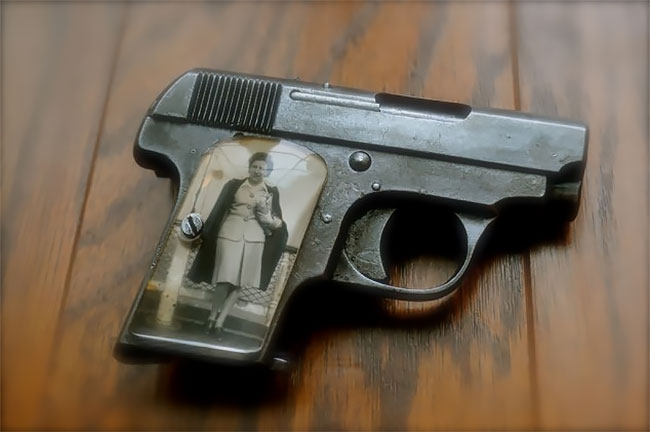 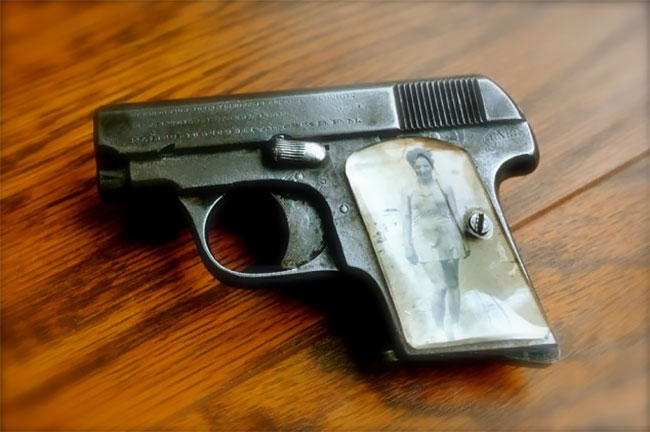 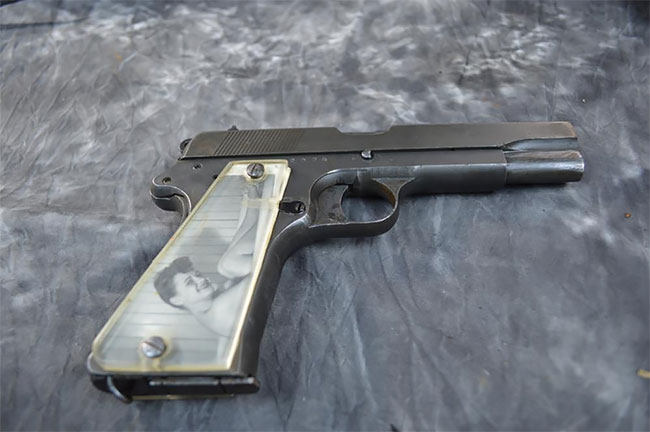 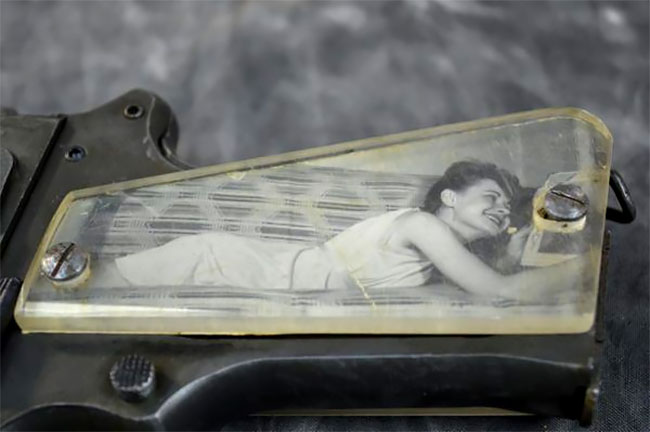