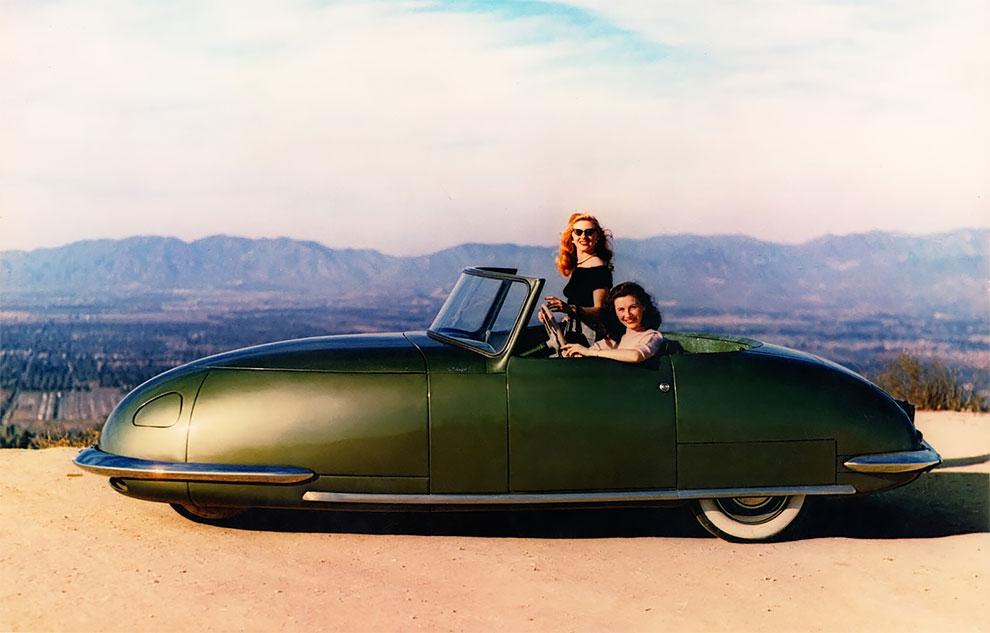 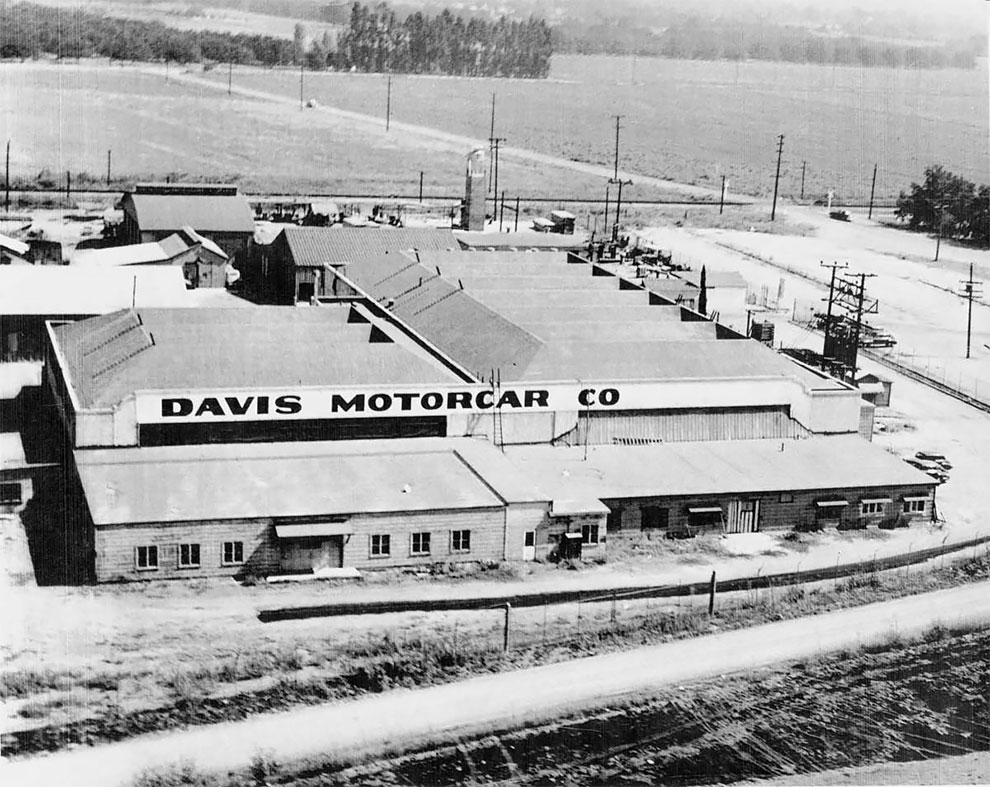 The Davis Divan is a three-wheeled convertible built by the Davis Motorcar Company between 1947 and 1949. The brainchild of used-car salesman Glen Gordon “Gary” Davis, it was largely based upon “The Californian”, a custom three-wheeled roadster built by future Indianapolis 500 racing car designer Frank Kurtis for Southern Californian millionaire and racer Joel Thorne. 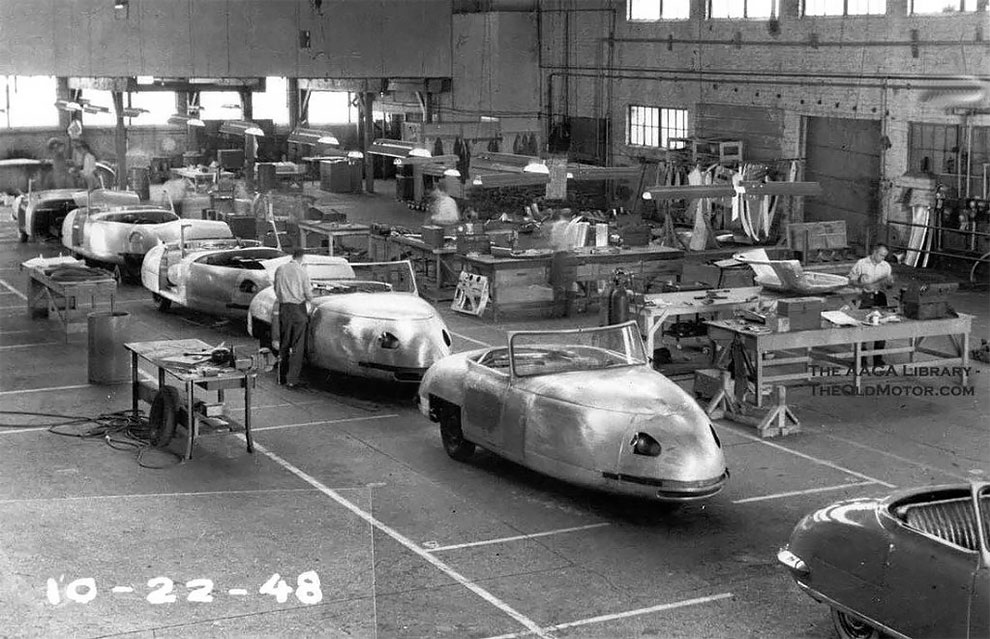 After building two prototypes in 1947, Davis embarked on an aggressive publicity and promotional campaign for the car, which included numerous magazine appearances, a lavish public unveiling at the Ambassador Hotel in Los Angeles, and a promotional trip across the United States. 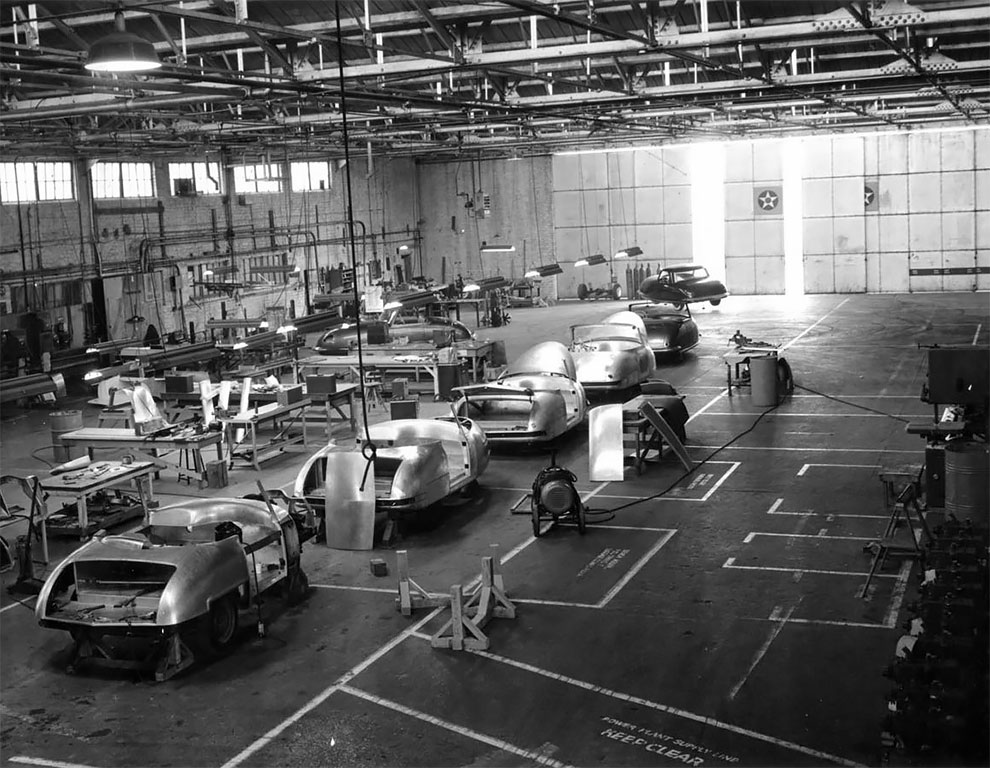 At the company factory in Van Nuys, employees worked frantically to build Divans, although the model was never put into mass production. Despite raising $1.2 million through the sale of 350 dealerships, the Davis Motorcar Company failed to deliver cars to its prospective dealers or pay its employees promptly, and was ultimately sued by both groups. The company’s assets were liquidated in order to pay back taxes, while Gary Davis himself was eventually convicted of fraud and grand theft and sentenced to two years at a “work farm” labor camp. 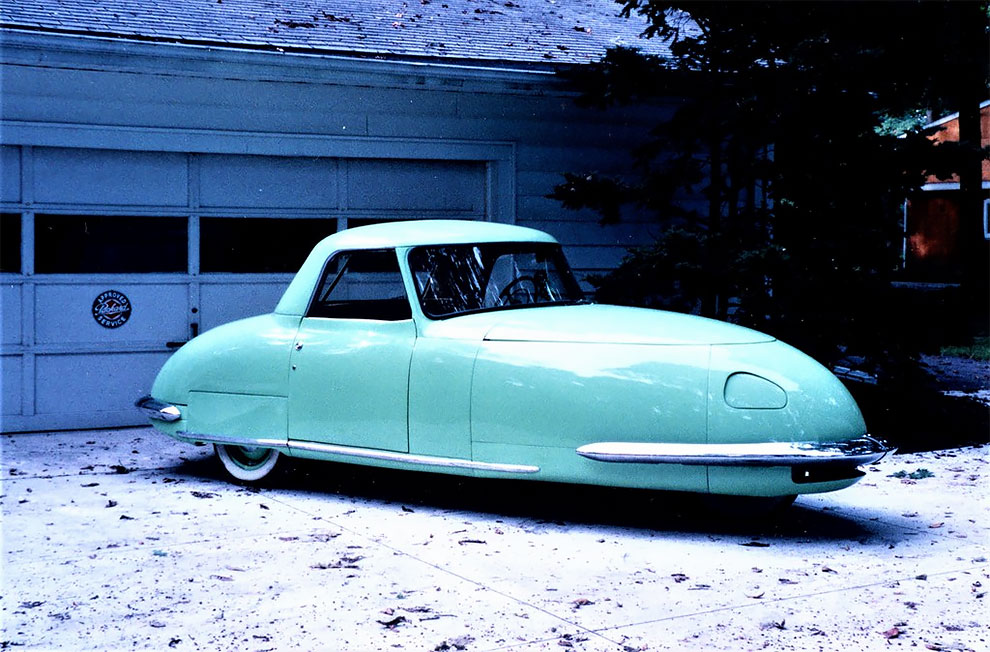 Only 13 Divans (including the two prototypes) were ever built, of which 12 have survived. The car featured aircraft-inspired styling details as well as disc brakes, hidden headlights, and built-in jacks. 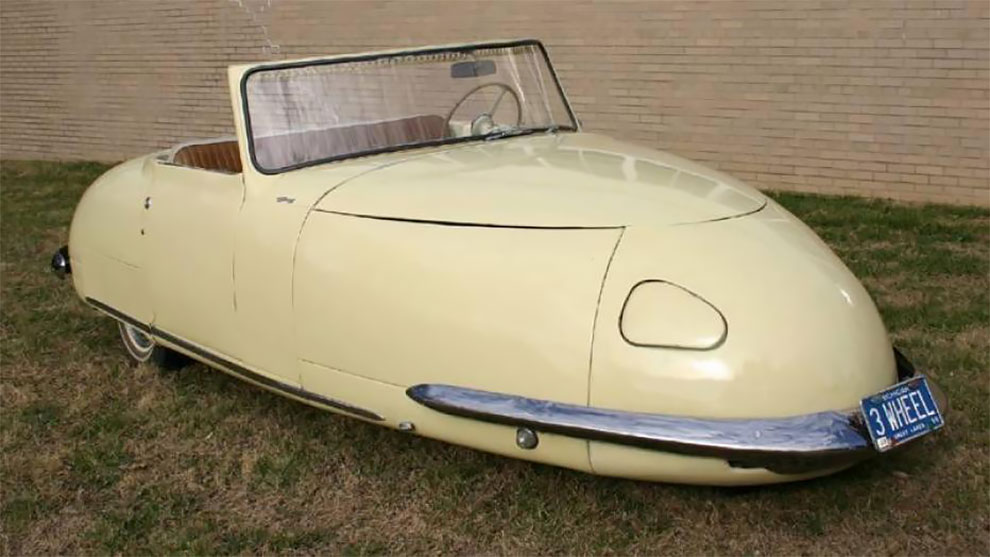 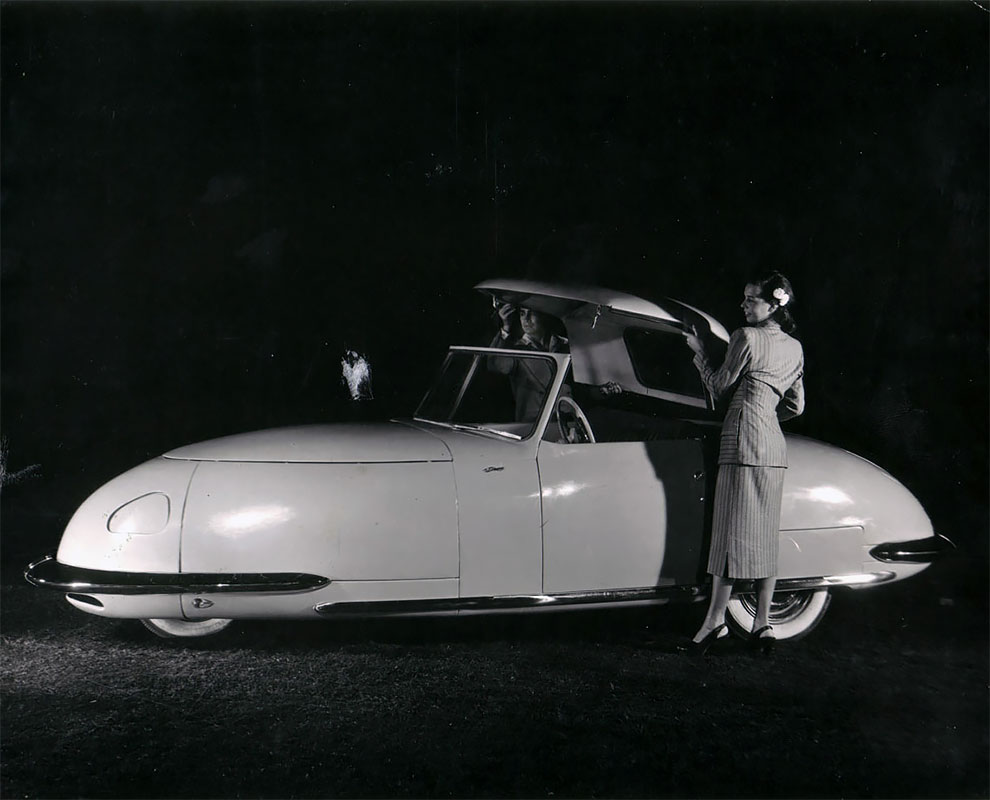 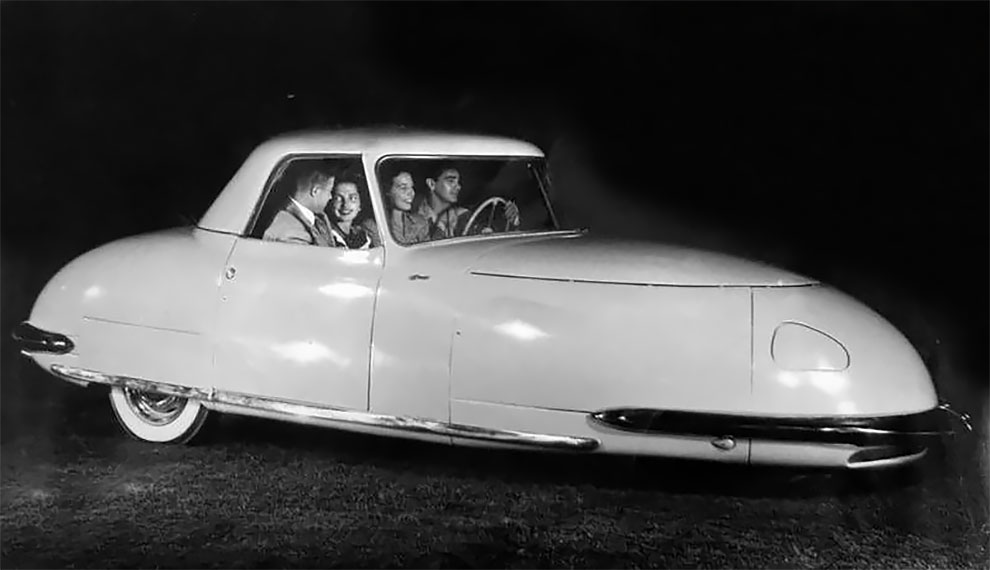 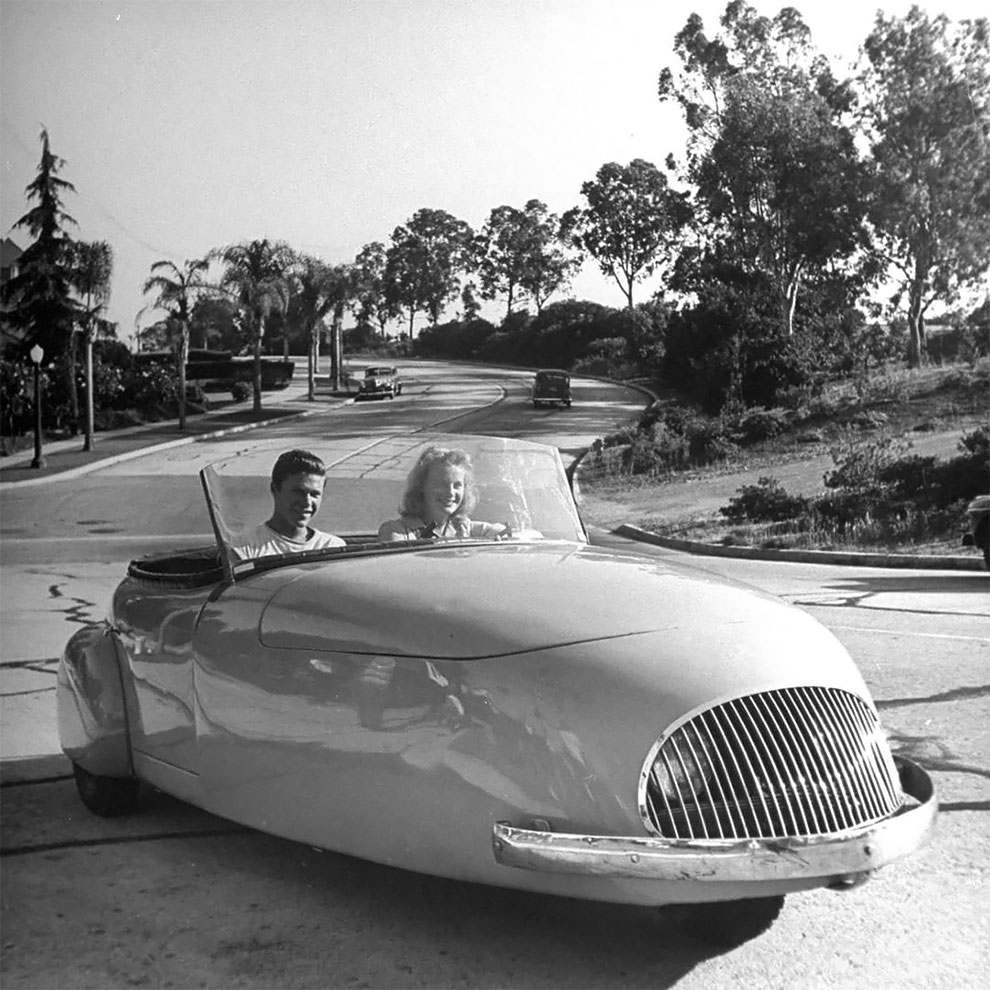 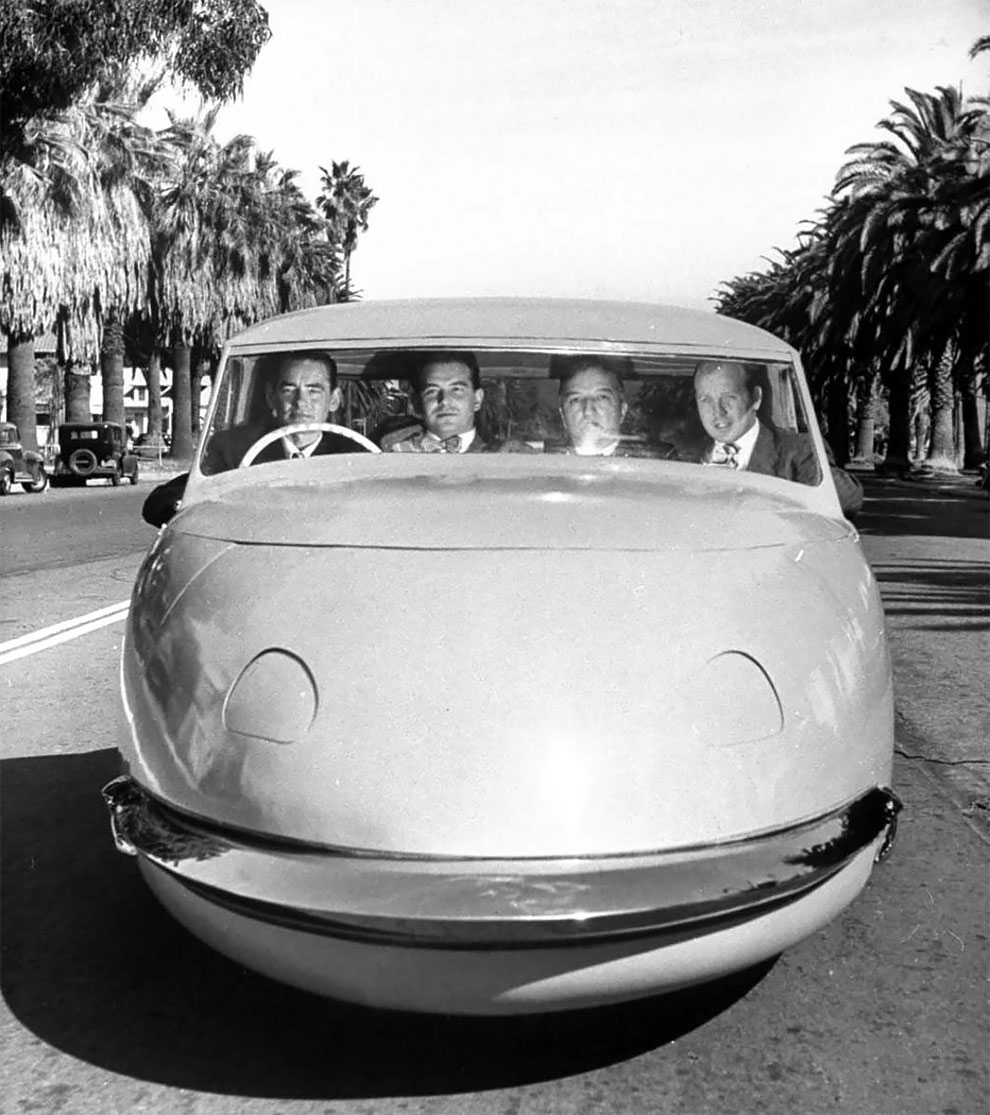 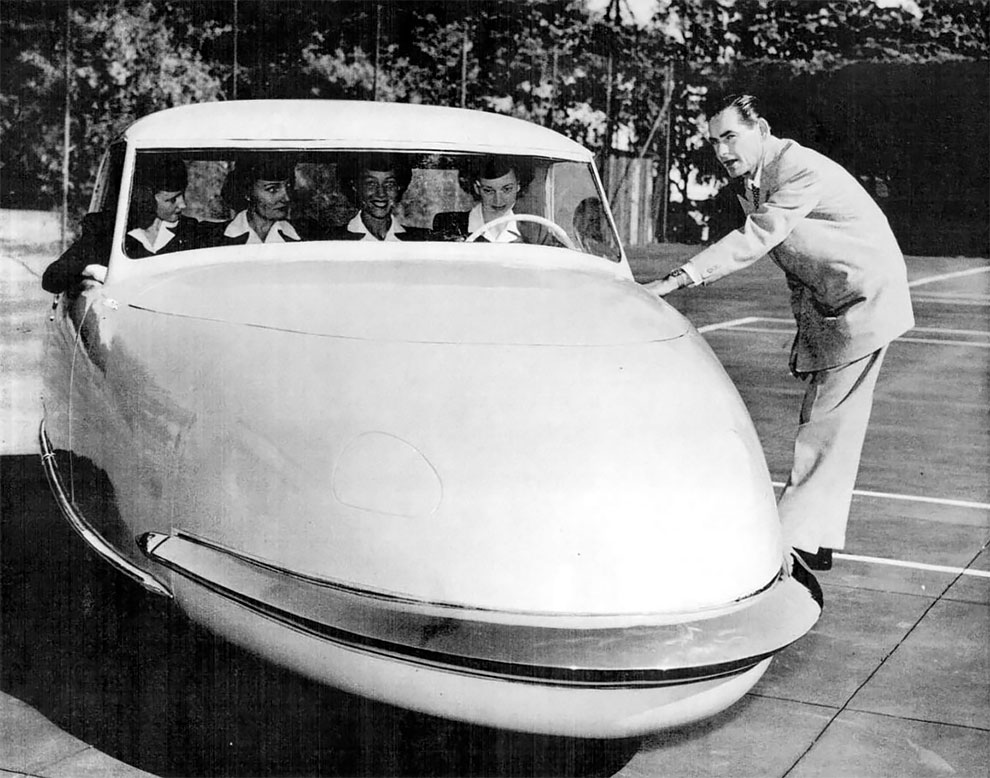 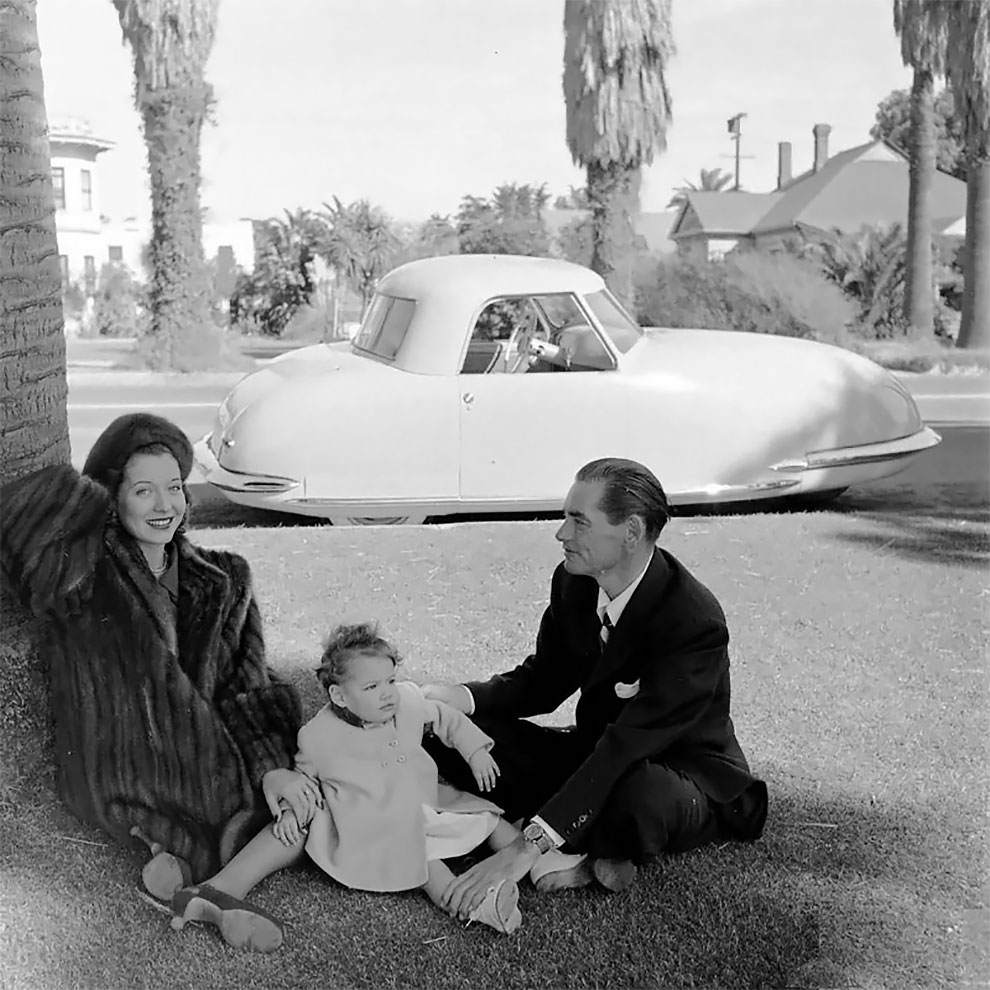 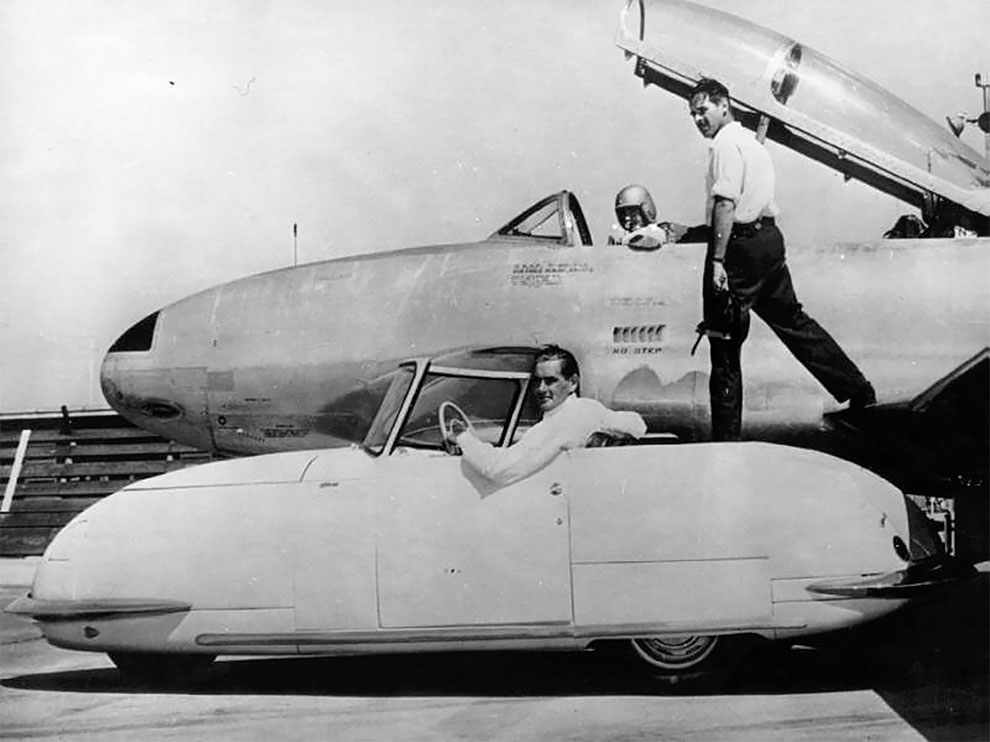 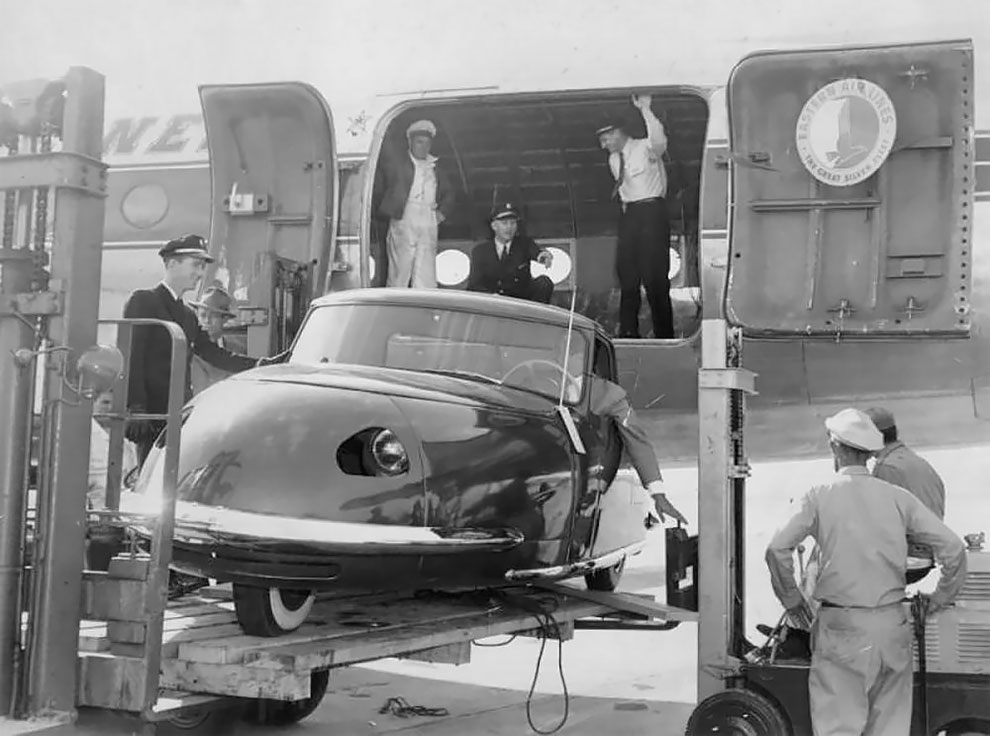