Trümmerfrauen: The Women Who Helped Rebuild Germany After World War 2 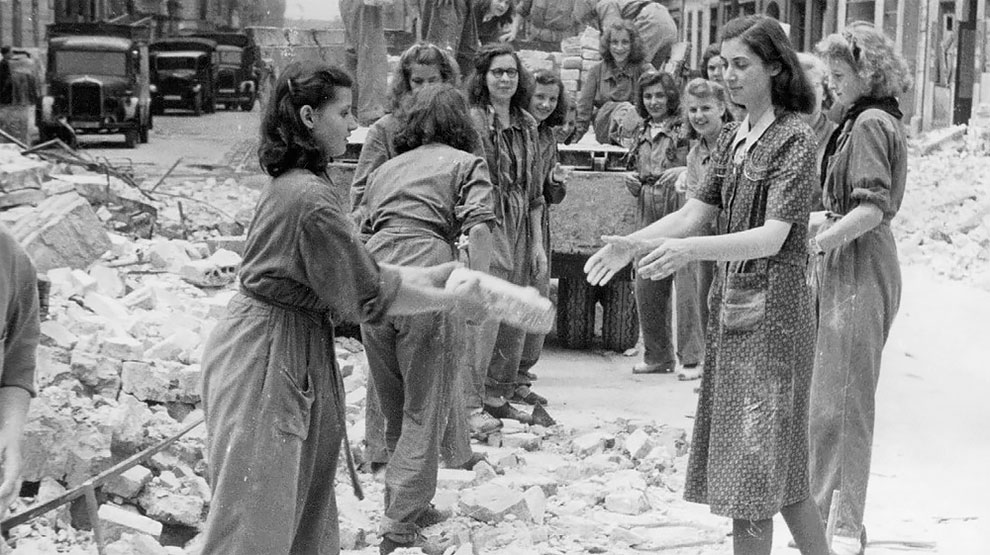 After the end of World War 2, one of the main tasks was to clear the urban areas of ruin and start rebuilding Europe—Germany in particular, where the damage was extensive. Allied bombing had laid to waste nearly every German city, town and village, destroying millions of homes, public buildings, schools, factories, as well as centuries-old cathedrals, mediaeval houses and other historic structures.

It is estimated that the war produced over 400 million cubic meters of rubble that needed to be cleared before any reconstruction plan could be undertaken. This herculean task fell upon the German women, because a large percentage of the men were already dead or were prisoners of the war. These women were called Trümmerfrauen, or “rubble women”.

These images of rubble women carrying bricks and wrangled pieces of steel with their bare hands became the symbol of the German people’s unwavering spirit, their courage, and their desire to rebuild their nation. 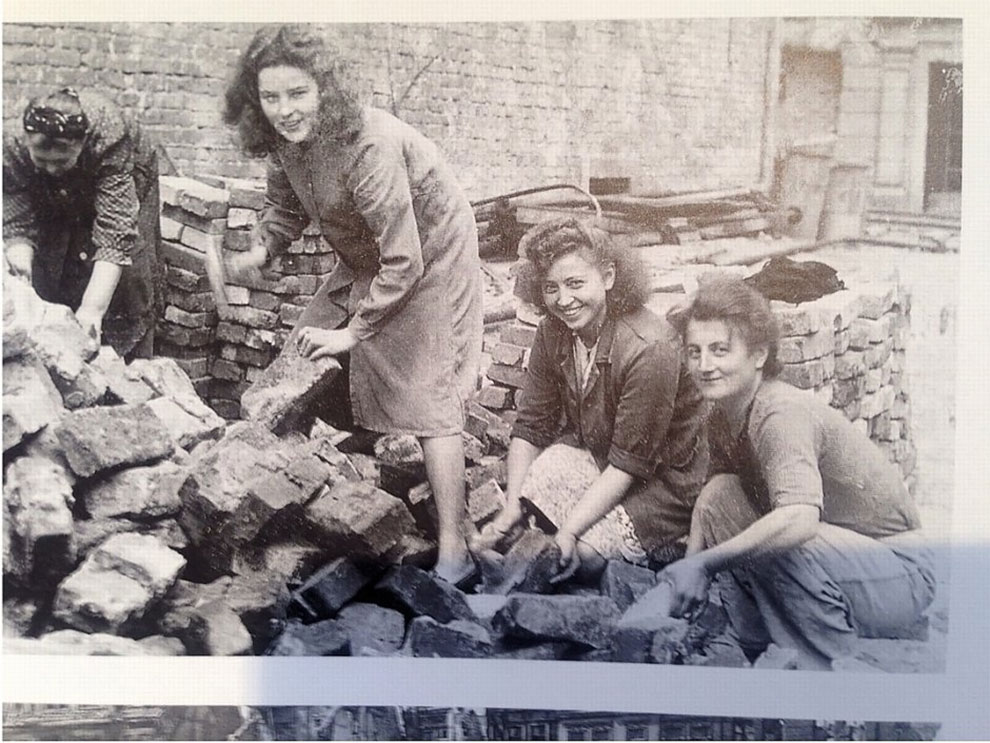 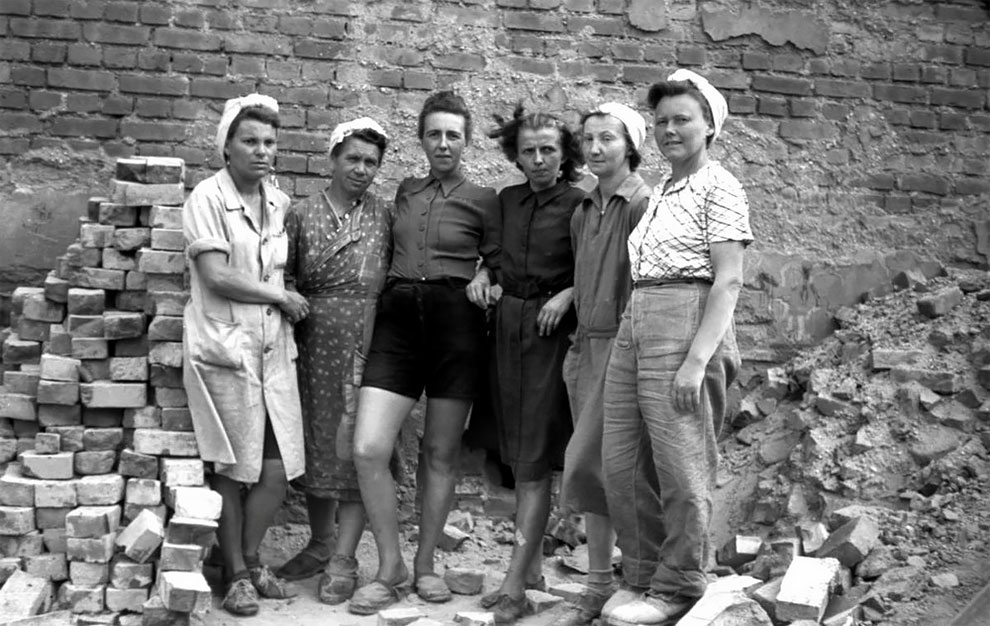 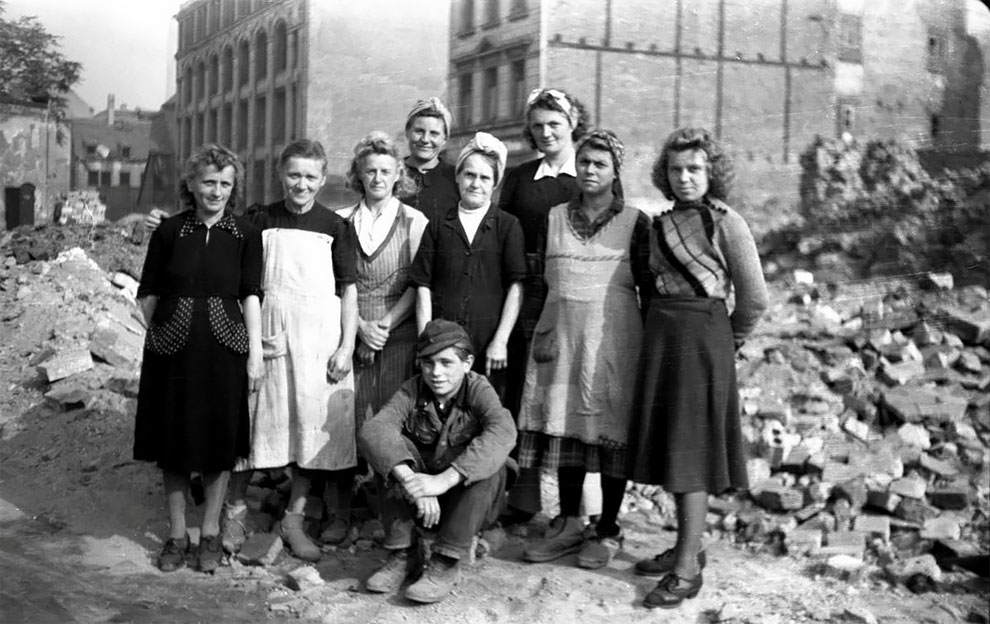 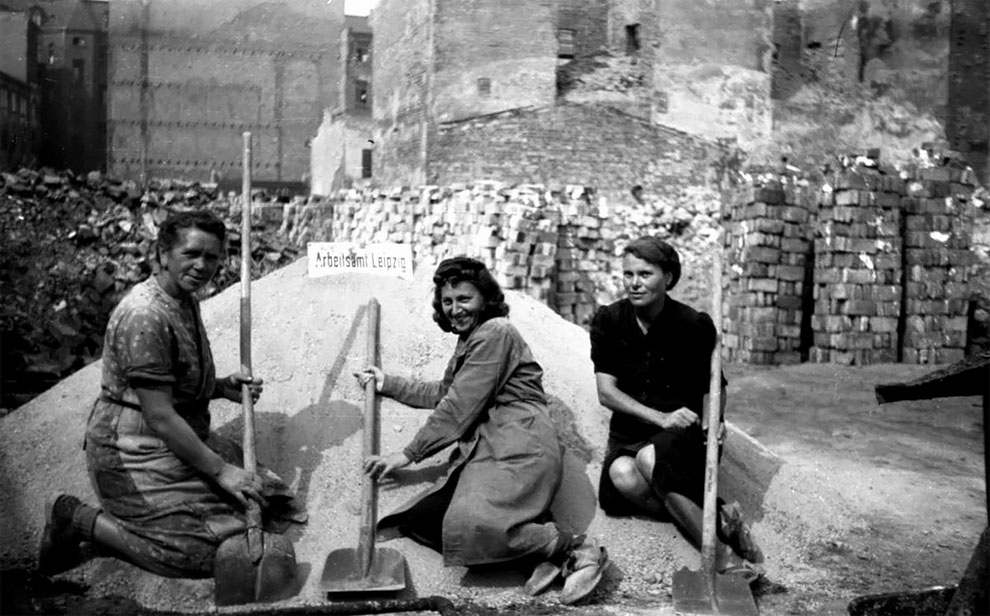 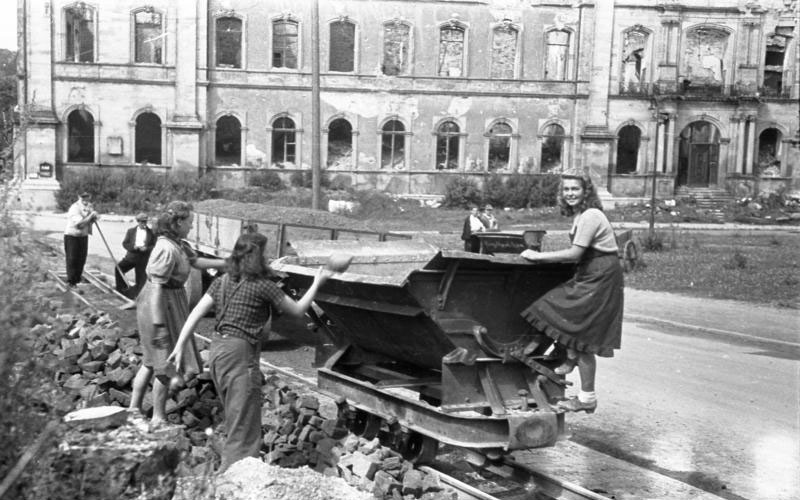 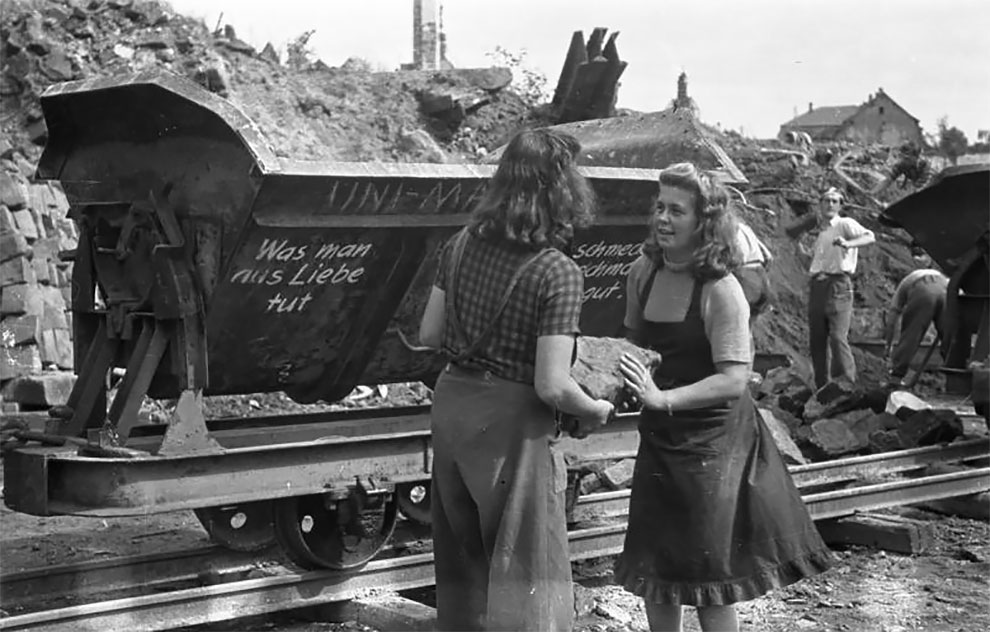 Gorgeous Lifestyle Portrait Photography By Mark Del Mar
The Fifty Fifty Selfie Barber Shop
Rare Behind-The-Scenes Look At The Vast Collection Of The Smithsonian's National Museum Of Natural History
Paddle Through Breathtaking And Prize-Winning Underwater Photos Of The 2018 Ocean Art Contest
Lucid Pathways: Moody And Atmospheric Urban Landscapes By Pierre Putman
15 Wonderfully Satisfying Photographs to Put Your Tired Mind to Rest
Thoughts, Hopes And Disappointments in Kyiv: A Street Photographer’s Photos of Ukraine, 2001-2021
The First Class On Air France In 1957, By Eugene Louis Kammerman
See the Winners in Picture Wild Montana 2020 Photo Contest
Spectacular Winning Images of The 2022 Association of Photographers Awards
'Shall We Dance' - Photographer Shawn Danker Captures Dancers On The Streets Around The World
The Daily Adventures of a Strange Soul
Photographer Catches Up With The Kids Who Helped Launch Her Career
The Associated Press: Best of 2014 from Latin America, Part 2
Snapshots Of Stripteasers From The 1980s At Downtown Los Angeles Venues
Moody Portrait Photography By The Russian Photographer Alexander Kurnosov
2014 National Geographic Photo Contest, Week 2
Urban Explorer Visits Abandoned Japanese Love Motel Of Naughty Attractions
The Amazing Winning Photos Of The Siena International Photo Awards 2017
The America We Lost: Fascinating Found Photos Show How Life of the US Looked Like in the 1960s
Model's Underwater Shoot with Whales
The Winners of The 2020 Bird Photographer of The Year Have Been Announced
Katy Perry as Elizabeth Taylor
59th World Press Photo Contest Winners
germany, Trümmerfrauen, women, WW2