Selection Of Amazing Photos From The National Geographic 2015 Photo Contest

The annual National Geographic Photo Contest is now accepting entries. Every year photographers from around the globe share photographs that transport us to another place, connect with us emotionally, or stir us to action.

Have you taken the winning picture? Show us your best and submit your photos for a chance to win $10,000.

After a hard and demanding 5 day trek to this wonder, we rested our weary legs while patiently waiting for the clouds to part and the sun’s rays to hit the sweet spot in the the centre of the ceremonial palace in the complex and we were not disappointed, we were greeted with some magical light. Just Divine. Location: Machu Picchu, Cusco, Peru 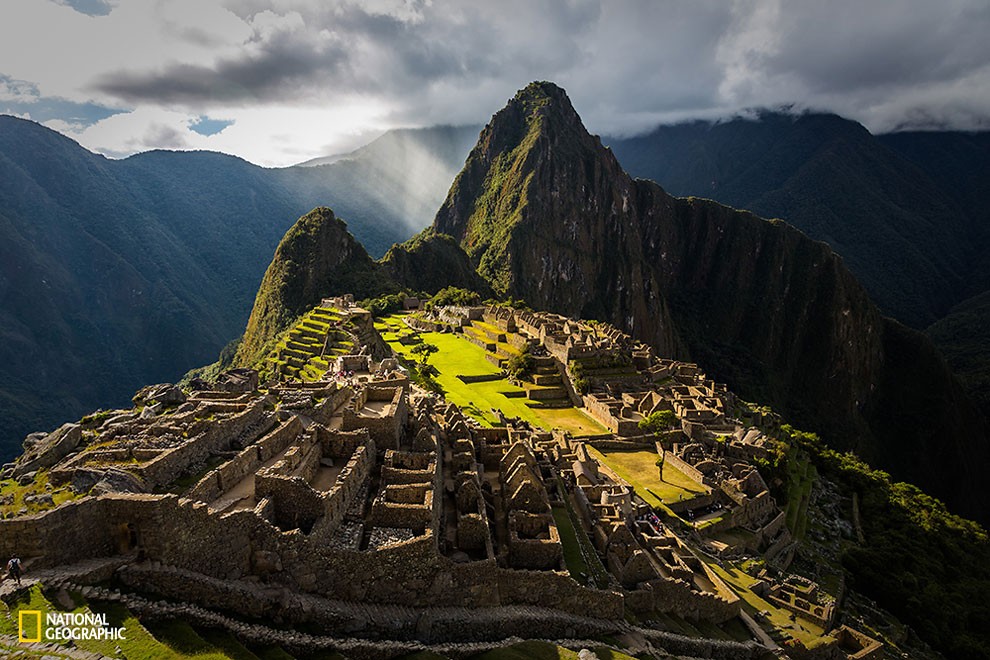 Innocence of a Queen

Beautiful lioness capturing during an heli flight over the Okavango Delta, Botswana. We were quite lucky to find this lioness by helicopter walking in this beautiful green grass of the delta. She was then looking at me and there’s nothing in Africa so intense as a lion looking right at you. Believe me, zoo lions can’t do this. 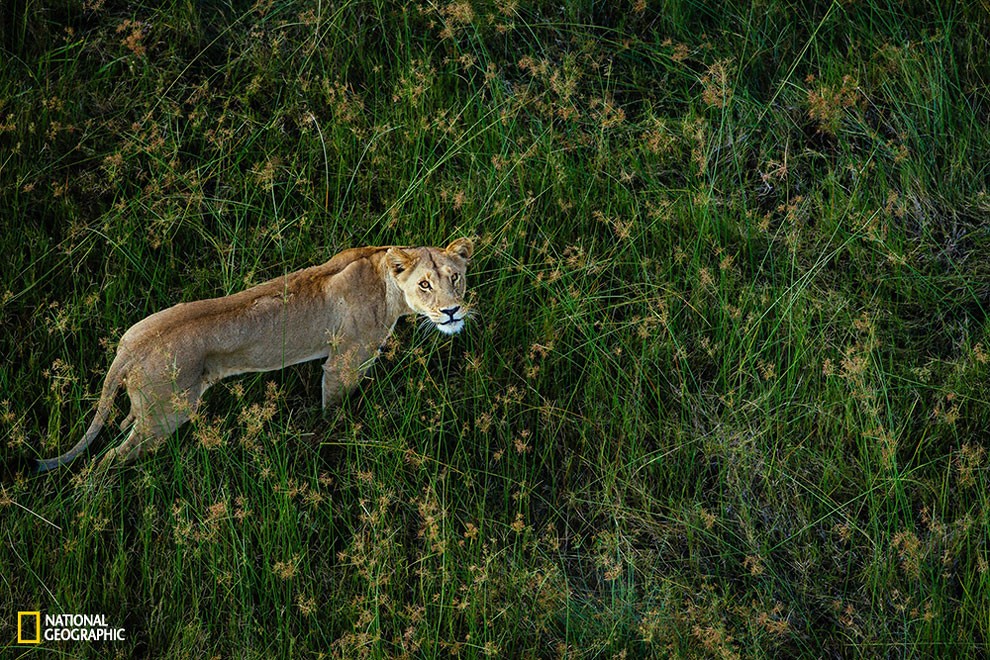 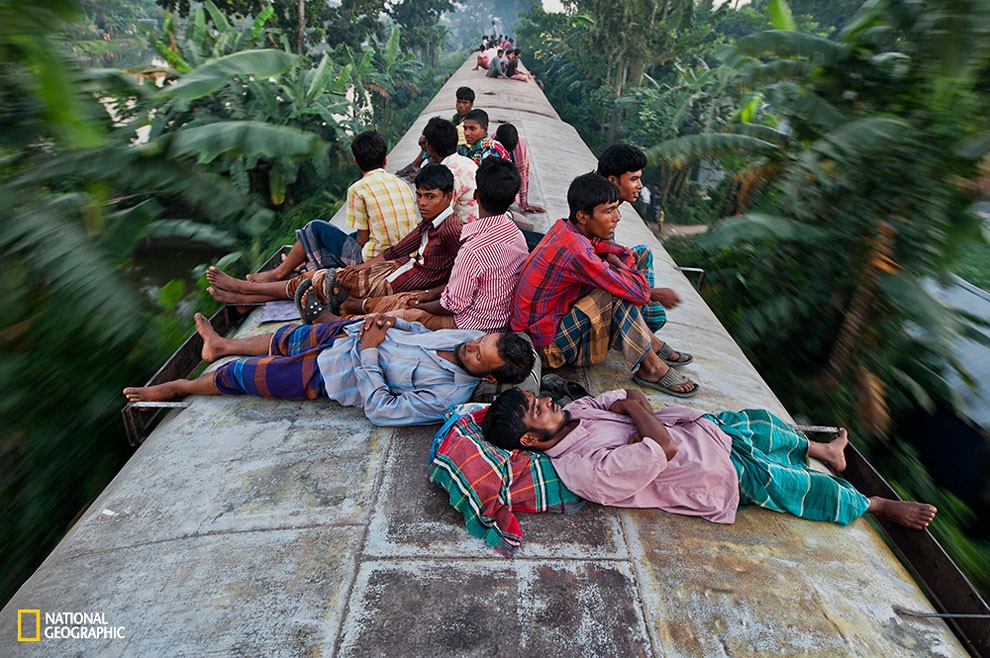 Electricians are working on a wire above the ground without any safety measures in Dhaka, Bangladesh on 14 May 2014. All linemen, especially those who deal with live electrical apparatus should use personal protective equipment as protection against inadvertent contact. Most of the times in Bangladesh, electricians work without any safety measures like rubber gloves, rubber sleeves, bucket liners and protective blankets etc. Location: Dhaka, Dhaka, Bangladesh 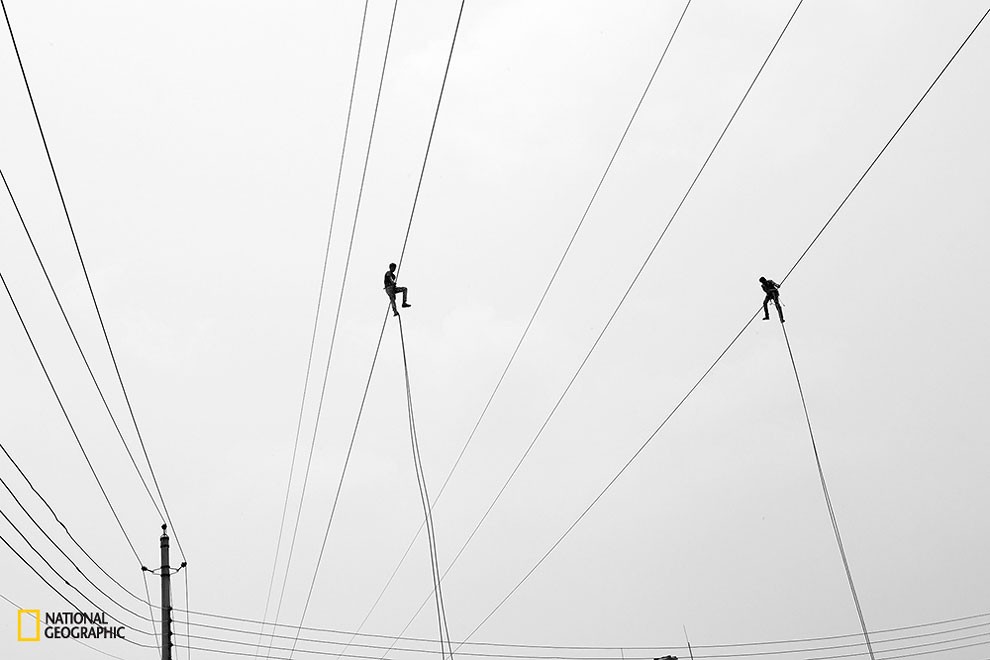 The Secrets of Cady Creek

A year ago I discovered a place that glows with hundreds of fire flies on warm summer evenings. With the perfect weather I set out to capture what I had envisioned a year earlier. Waiting for darkness to consume the valley I watched as the fire flies began to come to life. Glowing here and there like the stars burning in the sky. With a group of hundreds of fire flies glowing in front of me I waited for our Milky Way galaxy to get in the right position. Arching just above the bluffs. Location: Elmwood, Wisconsin, United States 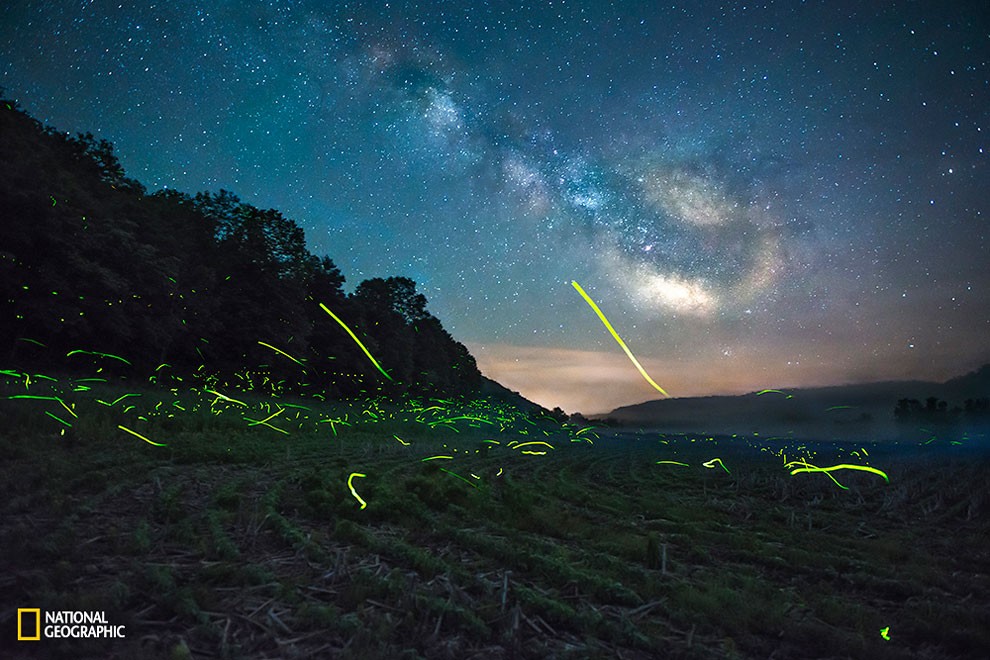 High up in the Kyrgyz mountains, the almost extinct eagle hunters are found. The eagles are captured as a hatchlings and are trained to hunt. Once a bond forms with its handler, the bond last forever. Together, the hunter and the eagle hunts, becoming a silent form of death for its preys. 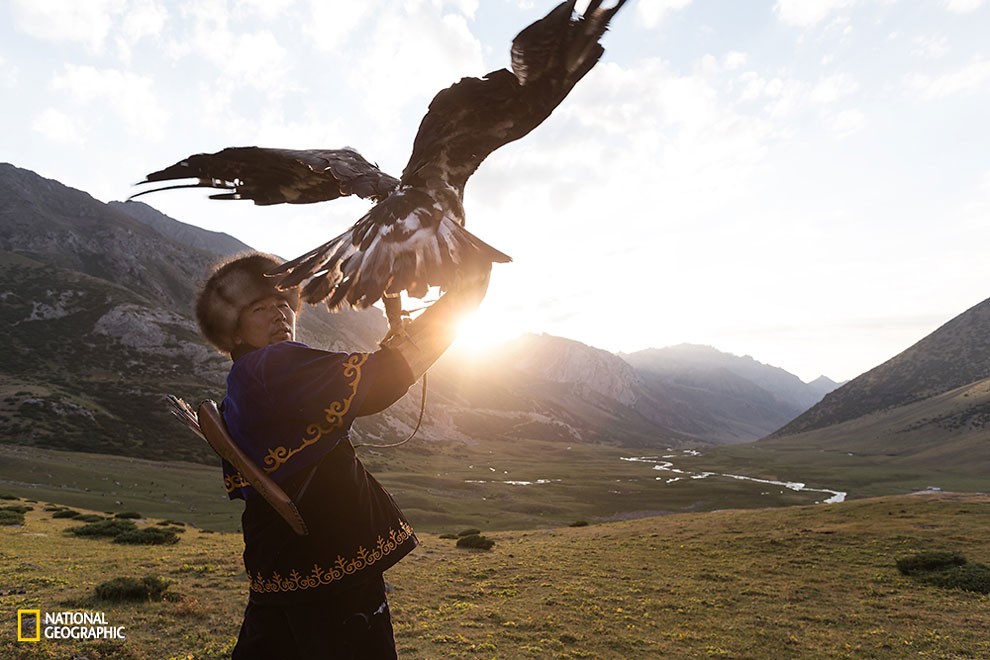 Crowd Taken immediately after Jessie J’s performance, when the tube station was closed due to overcrowding. Members of the public could be seen entertaining themselves in various ways at the entrance to Oxford Circus Station. A raremoment in an ever-bustling city. Location: London, England, United Kingdom 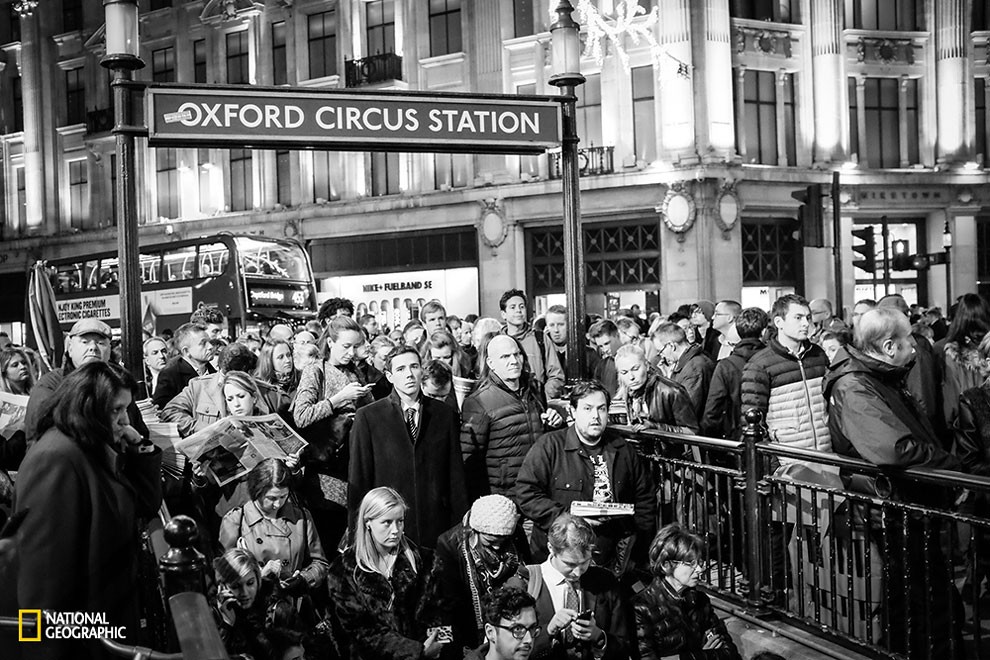 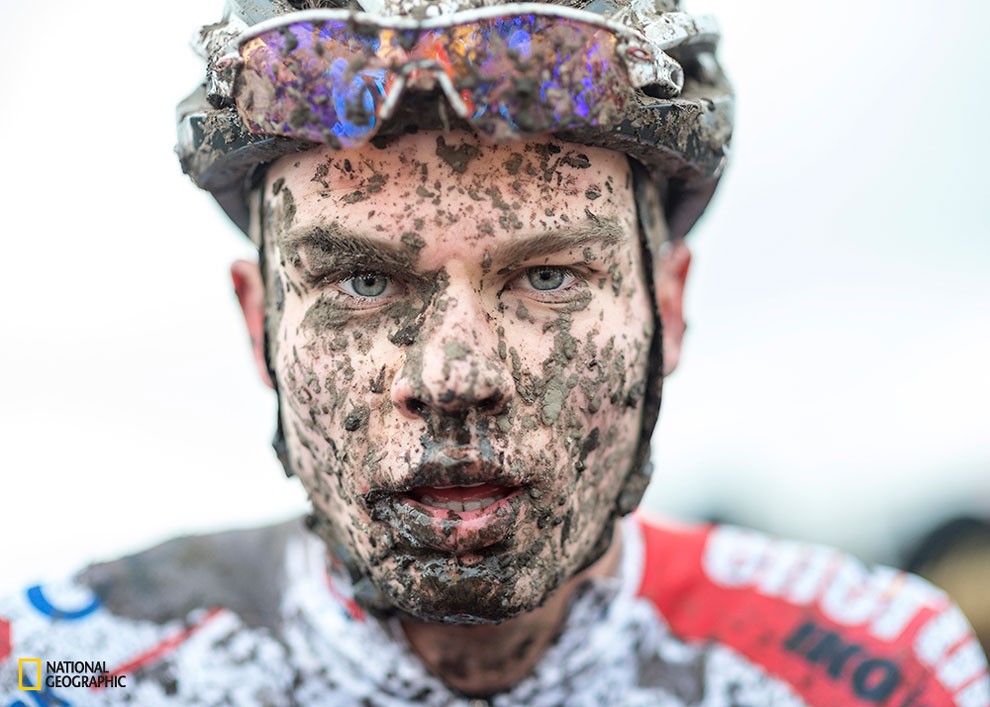 Traditional buffalo racing in west Bali. Hundreds of pairs of buffaloes are teamed up together with their jockeys riding the traditional wooden ploughs that are slightly modified for the competition 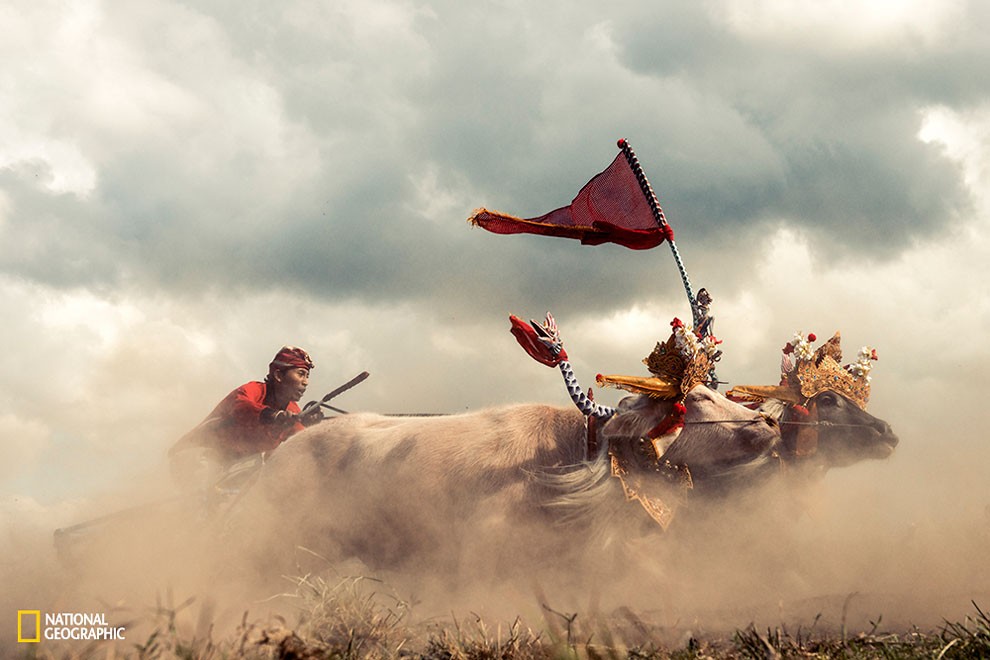 The big waterfall in Iceland this is Godafoss. “You should have been there” 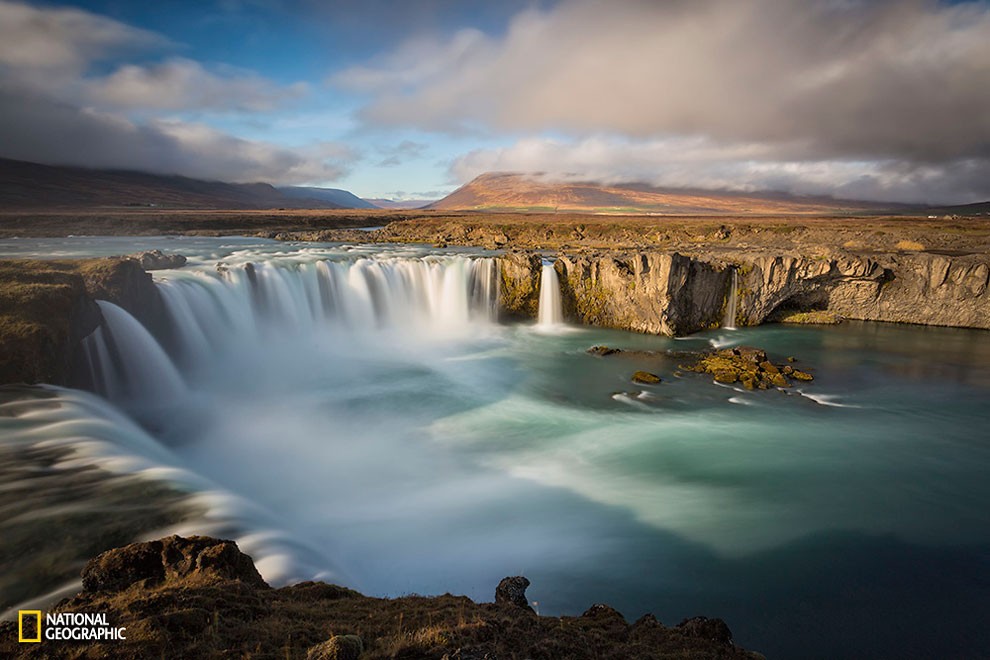 This was one of the most curious interactive squirrels I have ever come across. We sat down to enjoy the view and have a snooze and we were interrupted by this little guy scurrying over our camera bags. He was trying to reach for a friends camera that was also taking pictures just out of my frame. 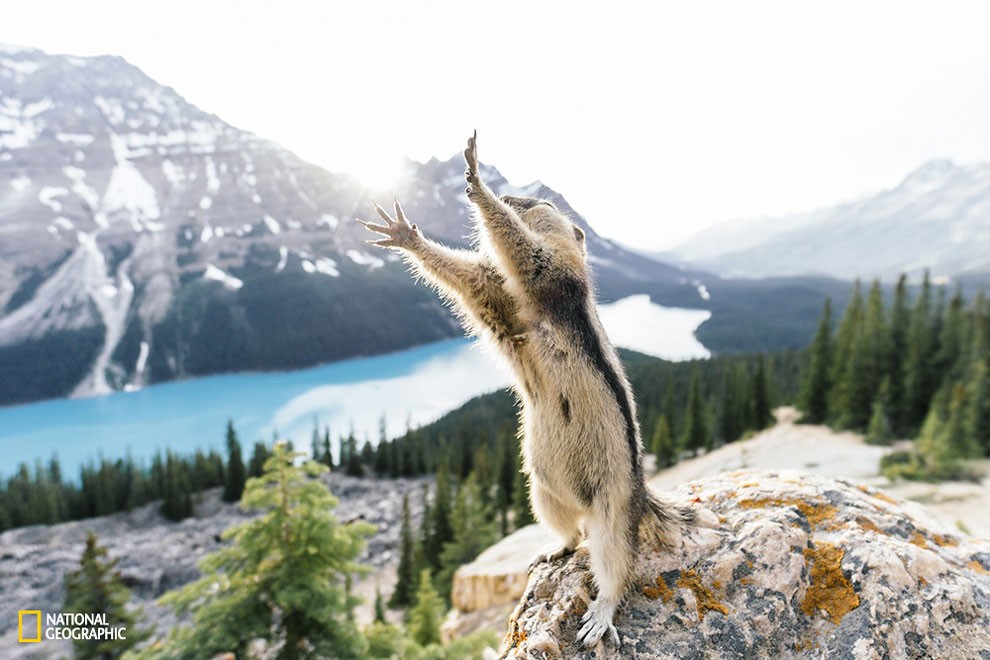 I took this picture at Hitachi Seaside Park in Ibaraki Prefecture, Japan last year. The flowers are baby blue eyes and the whole number of them in the park are 4.5 millions. The best season is usually from the end of April to the first week of May. I am going to the blue universe again this year to photograph. It’ll be worth just visiting the world. Camera shutter or your eye’s shutter. You would be happy in this world. Location: Mawatari, Ibaraki, Japan 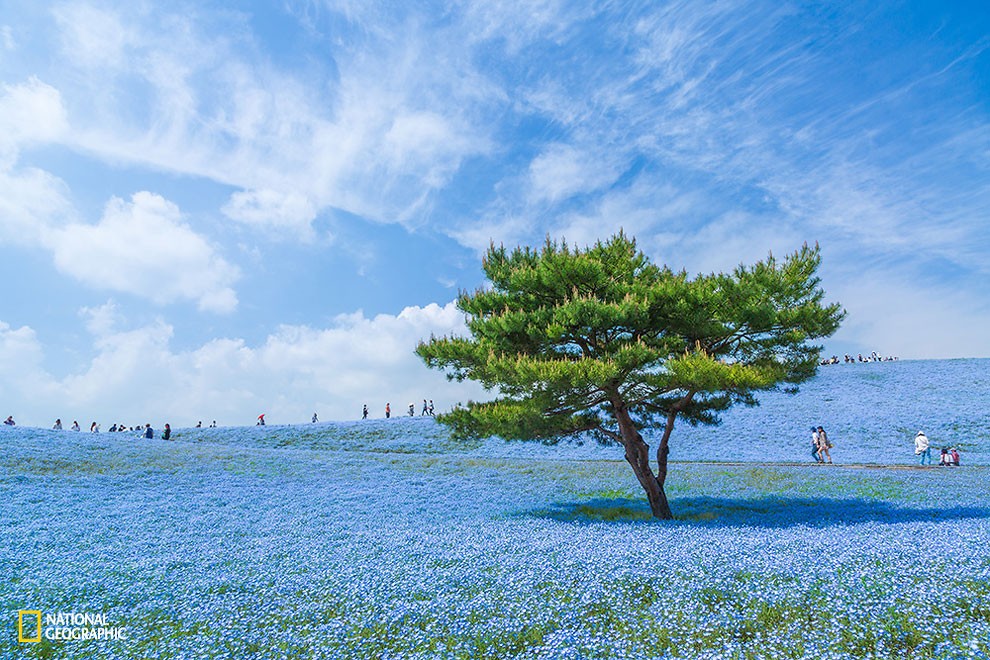 Rapa das Bestas is the name of an operation that involves cutting the manes of the wild horses who live free at the mountains in a semi-feral state and that are performed in the curros (enclosed which retain the horses) held in various locations in Galicia,Spain.The best known is the Rapa das Bestas of Sabucedo, in the city hall of A Estrada, which lasts three days: the First Saturday, Sunday and Monday in July. Location: Sabucedo, Galicia, Spain 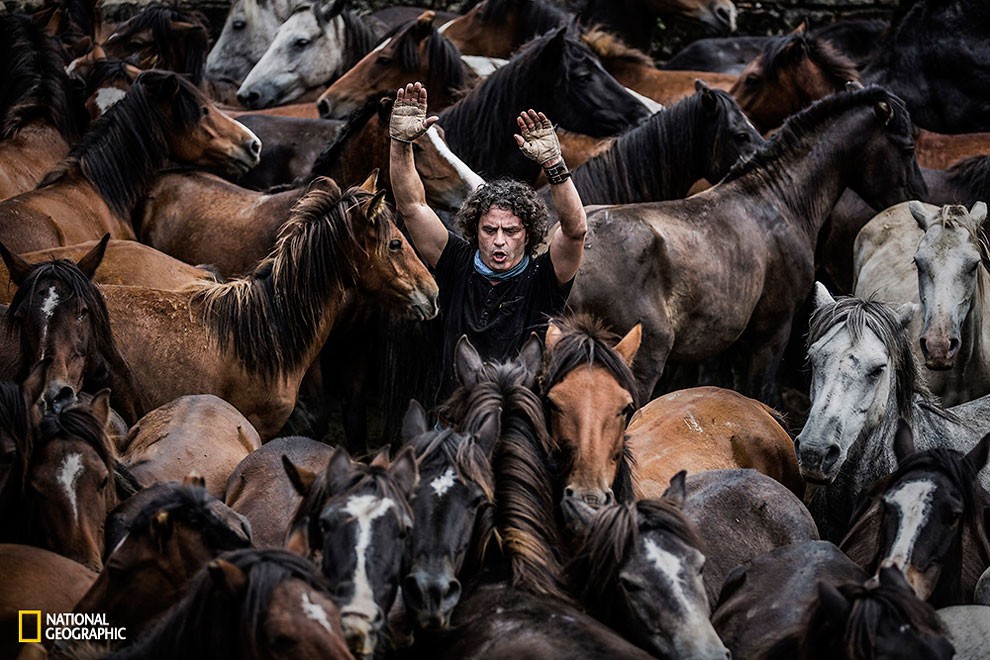 I was very fortunate to be given the opportunity to take a “tower tour” of the Golden Gate Bridge south tower. Just as I was about to take the long elevator ride back down, I saw an approaching cargo ship and I quickly set up my tripod for what was my very last shot atop the iconic bridge. Location: San Francisco, California, United States 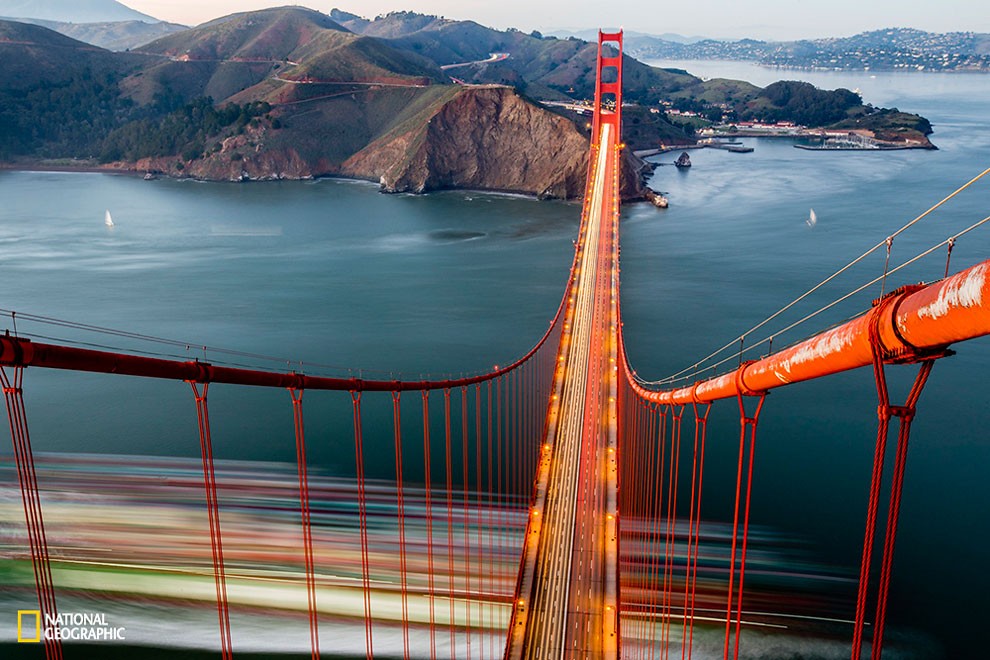 “In the realm of cotton grass marsh” 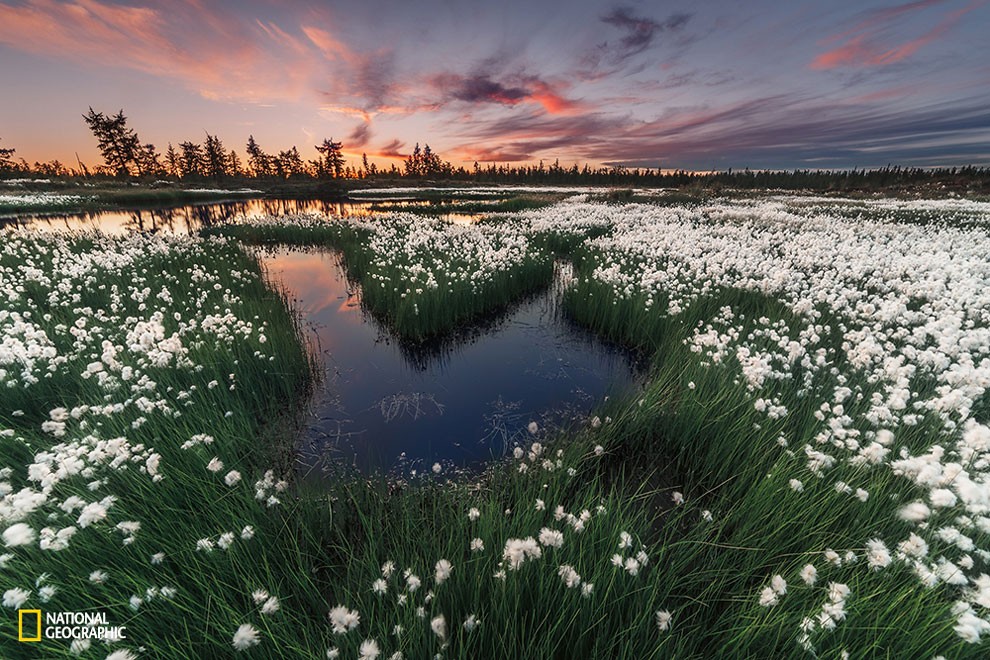 Andrew climbs to dizzying heights inside the new bin that they hope will soon be full of grain, if only the rain will stop falling and the combines could whirl, cut and spit. Location: New Raymer, Colorado, United States 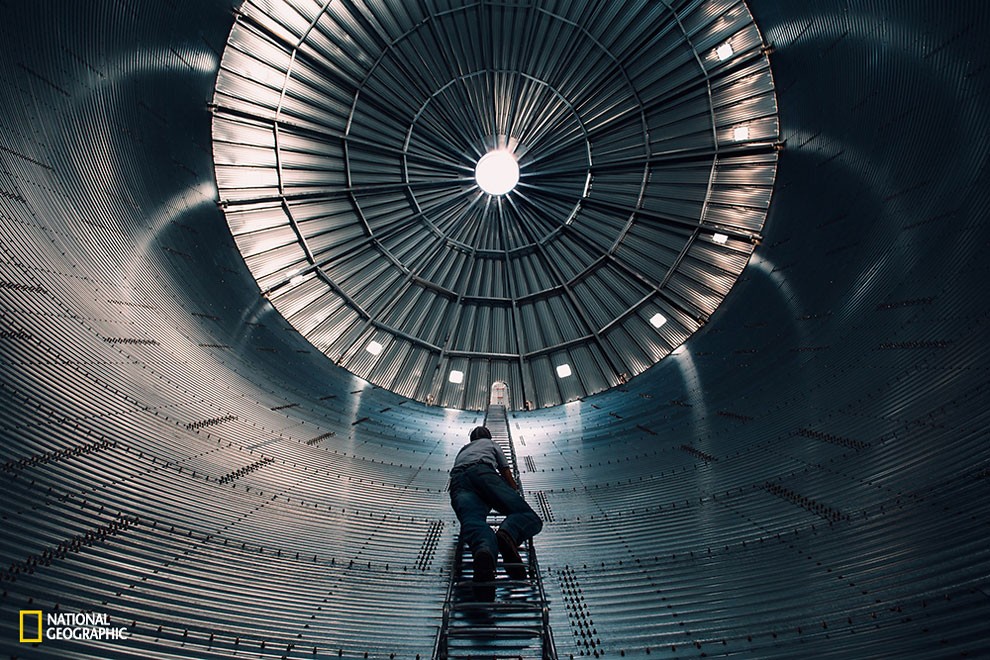 A P-3 Orion submarine hunting aircraft takes off on a mission. Operational since 1954, the P-3 still performs antisubmarine warfare in locations around the world. Set to phase out by 2020, this aircraft will be over 65 years old. Location: Kailua, Hawaii, United States 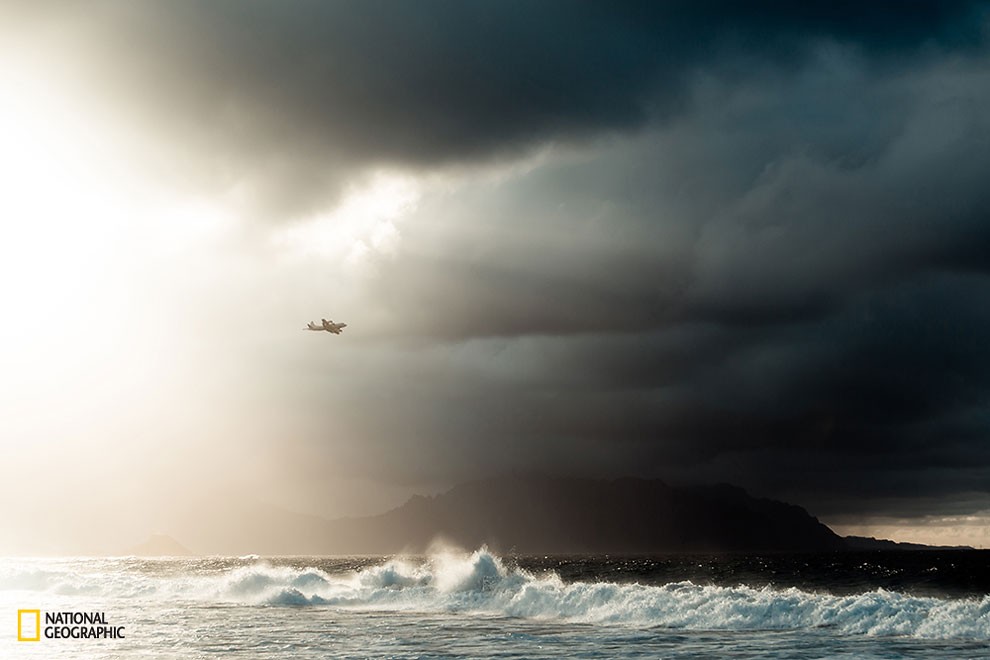 Here, humans are the minority…

This was shot in South Georgia in december ’14. It was probably the most intense moment of my whole trip to antarctica – it’s just overwhelming standing in there between hundreds of thousands of penguins – it’s not a bad “minority feeling”, but more of a peaceful reassurance that – at least in some places – our planet is still as beautiful as it was before mankind started having a go at it. THANK YOU to all those countries and individuals involved in keeping places like these intact! 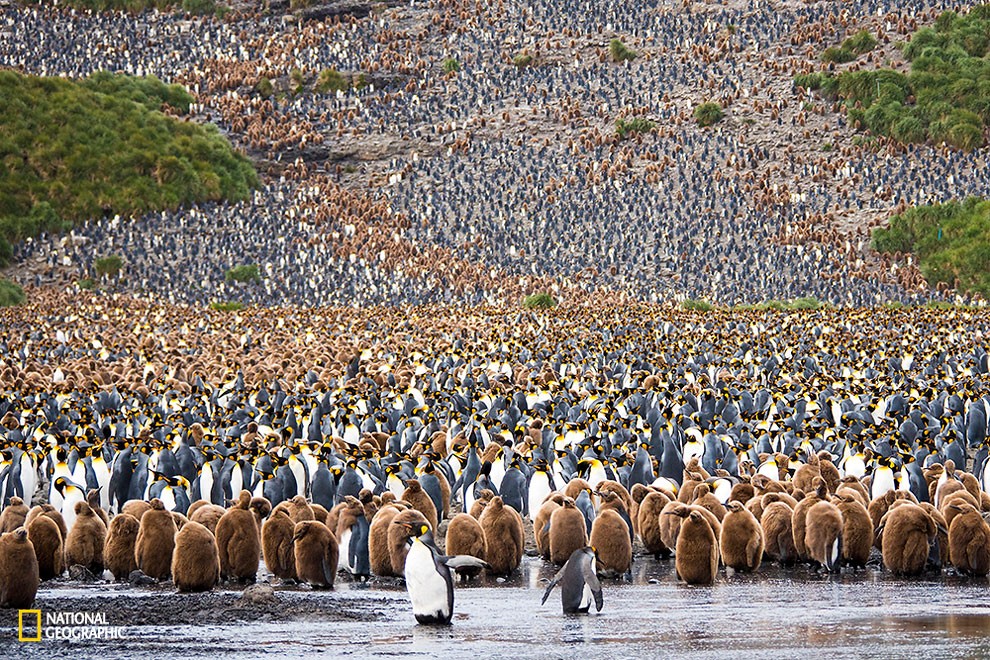 This is my youngest daughter, combing my middle daughter’s hair while she eats lunch on a lazy Saturday. This was an unplanned moment that illustrates how much my toddler loves and cares for her big sister. She was tenderly petting her and asking if she was O.K. in between strokes. Location: East Falmouth, Massachusetts, United States 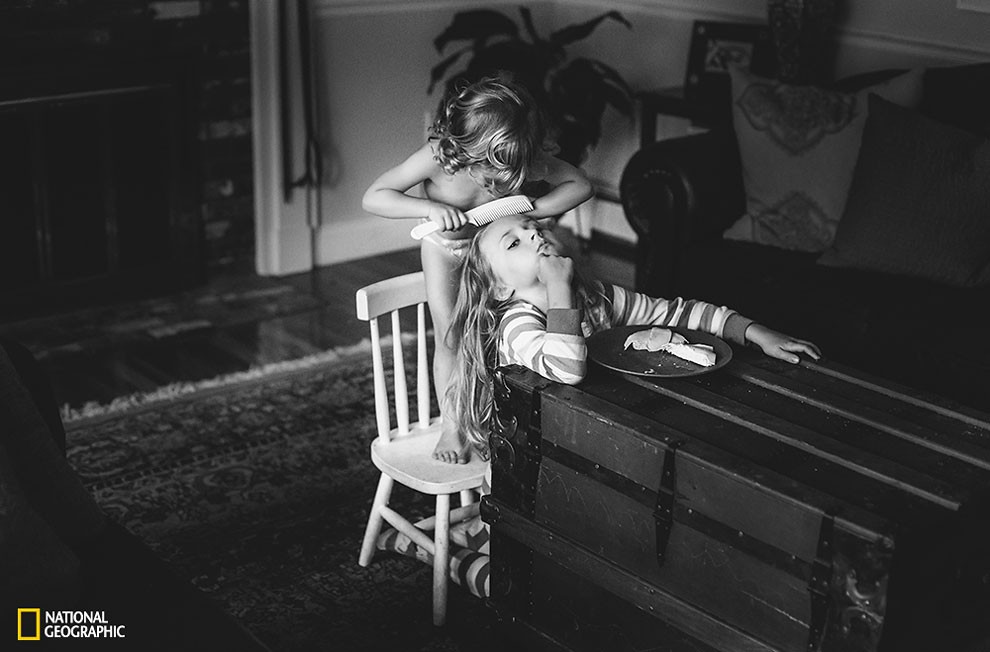 A climber rappels into a crevasse while exploring the Hayden Glacier on Middle Sister in the Oregon Cascades. Entering these deep dark spaces makes a person consider the immense size, age, and power of these living rivers of ice. The Hayden glacier was far more broken up then normal for this time of year and crevasses like this one were abundant. Taken on a Canon 7d with a Tokina 11-16mm f2.8 lens. June, 2015. Location: Sisters, Oregon, United States 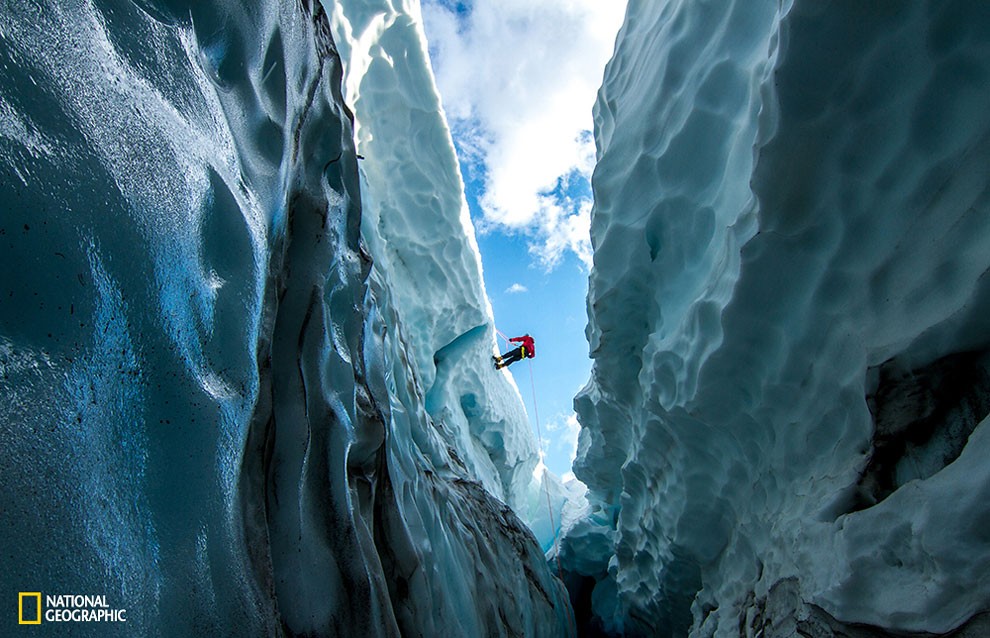 The Chinese Opera, a custom brought over from Mainland China during the migration of The Chinese People during the 1900s, remains deeply entrenched within the Malaysian Chinese communities. The Opera performs mainly during the 7th Lunar Month of the Chinese calendar, when the souls from the Gates of Hell are released. This shot shows the evolution of the opera, of a sexily clad singer taking her selfie and a traditional artist preparing herself. Location: Kuala Lumpur, Kuala Lumpur, Malaysia 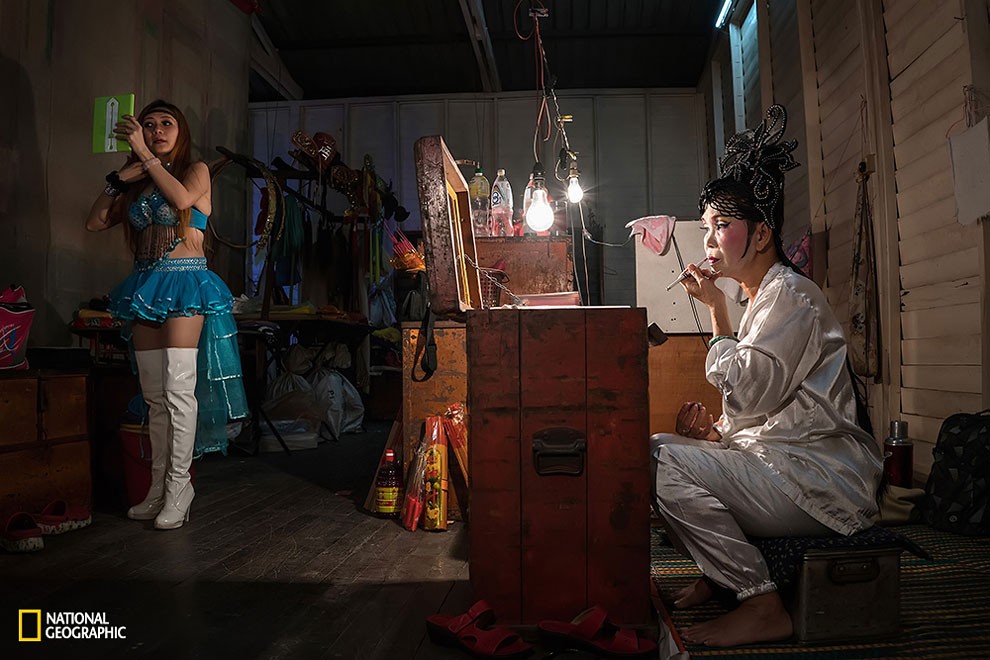 Whilst shooting the majestic Southern Stingray in the crystal clear water of the Sandbar in Grand Cayman, I was stunned when this newly wed couple arrived, the bride was still in her wedding dress! This shot “Dressed for Adventure” for me captures the beginning of a new life together, one where a couple will brave the troubles of the world hand in hand. The couple march confidently towards the clouds in the frame ignoring the beasts at their feet, this is an adventure they will seek together. 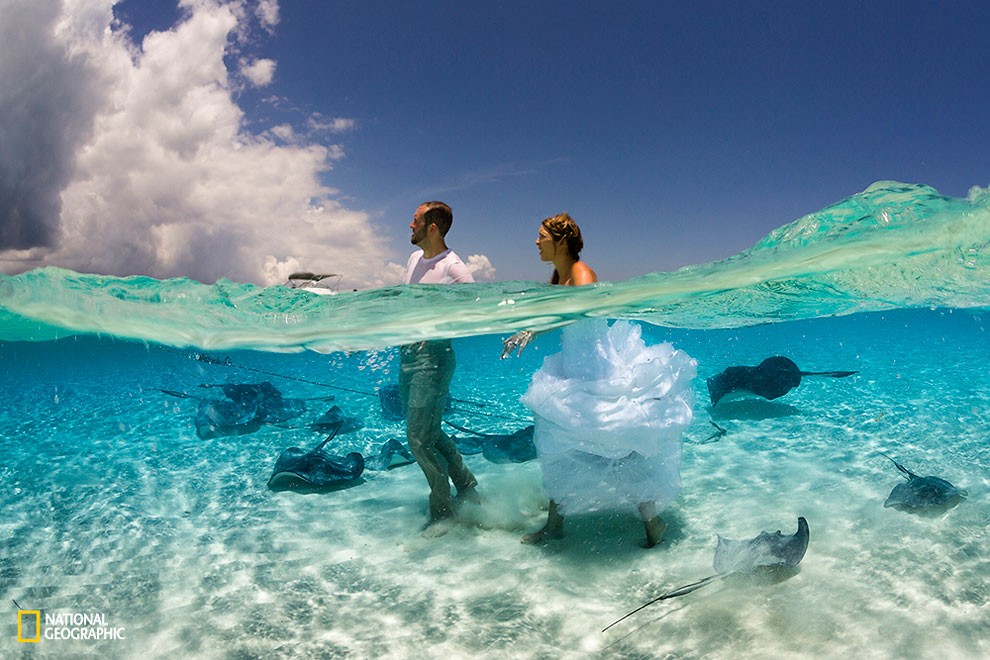 Fishermen finished fishing and came back to a port. A man was throwing fish straight up. He had extremely precise skill to toss. It was so powerful and beautiful scene. Location: Essaouira, Marrakech-Tensift-Al Haouz, Morocco 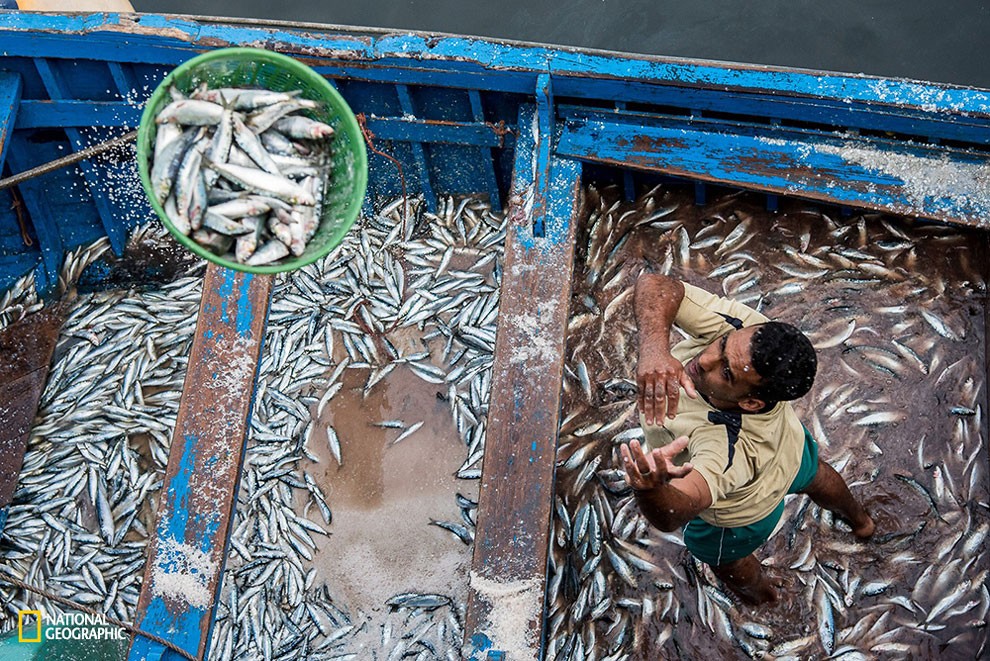 I’ve got several lightning shots at horseshoe bend while I traveled this canyon last time but this is the most I like. The reason why I like is because the lightning has a solid line and I can actually see the lightning is hitting the hill and it also reflected in the water. It’s just amazing and beautiful. In addition, I can see the actual movement of the storm in the picture that makes this scene alive. 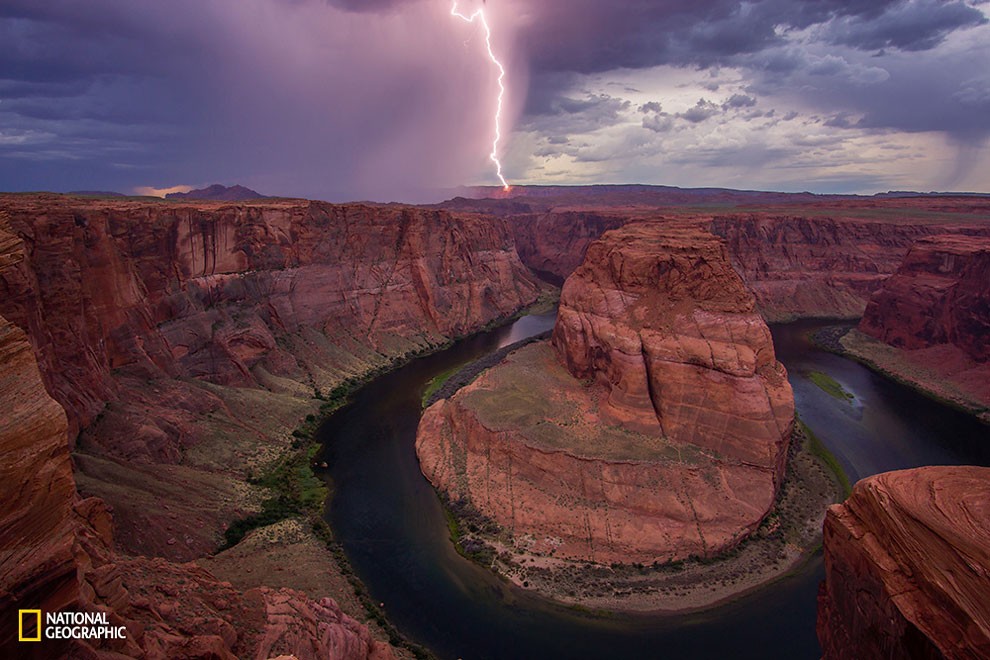 Kids playing on the minaret

Reina and her friends are playing on the main minaret of the Grand Mosque in Bani during Eid al-Fitr. Location: Bani, Nord, Burkina Faso 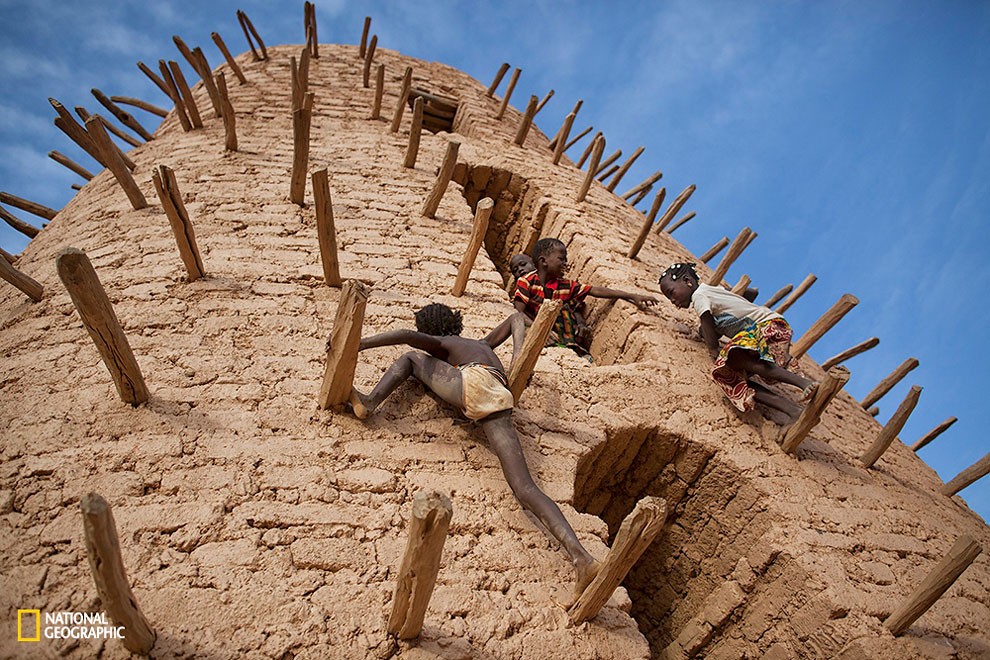 It’s just past 6AM, and it’s -25° on our last day in Antarctica. With wind so strong it’s difficult to walk and stay upright, I decide to lay flat on the frozen ground to watch Gentoo Penguins move from the water to their nests on Cuverville Island. As the strong winds whip up fine layers of ice and snow over the horizon, two lone penguins follow each other battling with Mother Nature in one of the harshest environments on the planet. 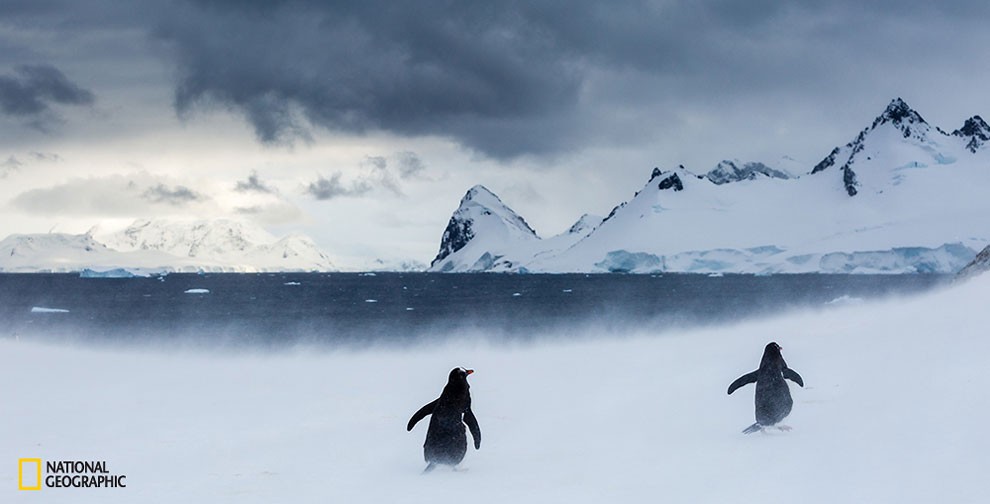 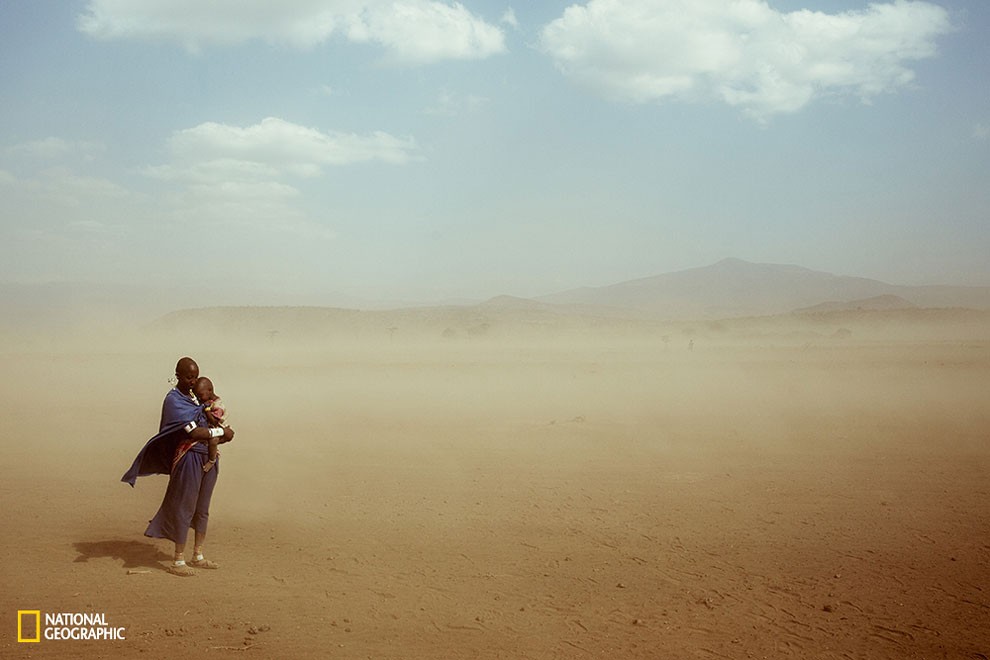 The famous Matterhorn (14,692-foot /4,478-meter) is an iconic emblem of Switzerland and Alps , but also the most-photographed mountain in the world. I want to add an element in the image that convey the eye to the pyramid shaped mountain. The best time to photograph the Matterhorn is during the sunrise when the top become red. Location: Zermatt, Valais, Switzerland 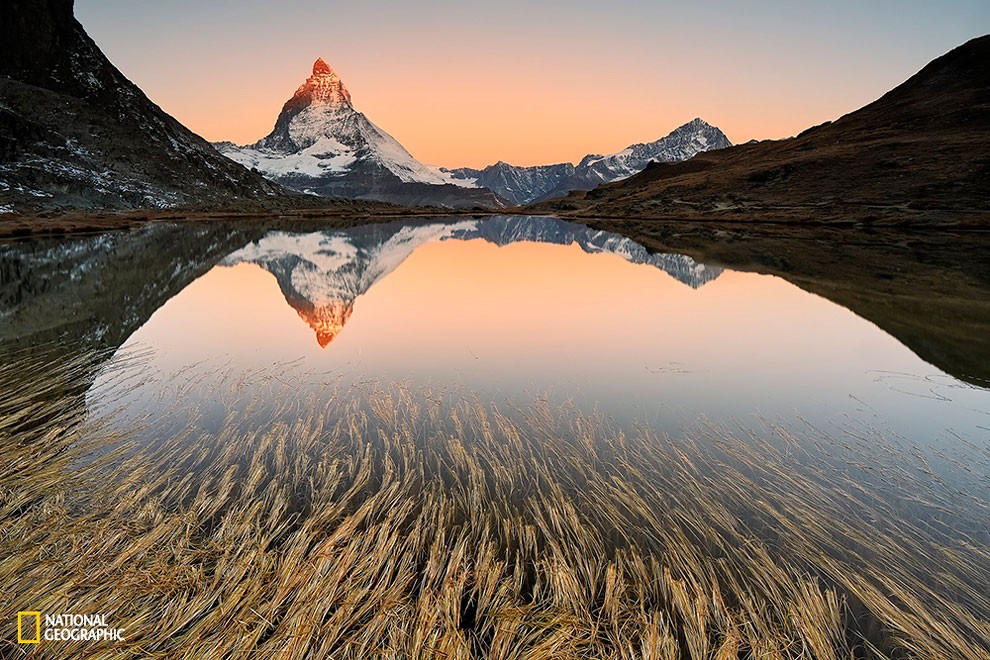 Creative And Colorful Minimalist Photography By Roynaldi Saputra
This Hipster Barbie Account Perfectly Mocks Every Annoying Person On Instagram
Book Lover Arranges Her Huge Library of Novels Into Imaginative Scenes
Photo of the Day: Saint Game
Living With Lion Cubs
Photo of the Day: Fly Away
Citizens of Kyiv: The Photographer Alexander Chekmenev Captured Fortitude, Desperation and Resolve in a City Under Attack
Artist Covered The Poland National Gallery’s Staircase In Colorful Paint
Photo of the Day: Seeing Red
These Photos Of Fireflies Show How Beautiful Summer Nights Are In Japan
Nevermind In Sovietland By Photographer Tomeu Coll
Photographer Captures the Nothern Beauty of Norilsk City
Stunning Photos of ‘Star Wars’ Scenes Created with Lego
The Ginger Project: Photographer Took Portraits To Fight Against Red-Head Discrimination
16 Classic Photos That Capture Nylon Stockings' Allure In The 1940s And 1950s
Photo of the Day: No Fear!
The National Geographic’s Travel Photo Contest Is Over And Here Are The Winners
Winners & Merit Awards Of AAP Magazine’s B&W Photography Contest
A Photographer Shows the Harsh Reality of Living in 43-Square-Foot Rooms in South Korea
Photo of the Day: Heavy Rains Fall over Bangkok
Photographer Wim Van Dan Heever's Images Capture Chases And Fights In The Animal Kingdom
Russian Lara Croft Cosplayer Ended Up In A Grip Of A Massive Bear
Inside the McLaren MP4-12C factory
"I Want To Take You Higher": Girls Of Woodstock, The Best Beauty And Style Moments From Summer 1969
amazing, geographic, national, photo, photos, selection