Mallorca (Spain). Sath opened his eyes for the first time in 1983. After several years as an autodidact painter, in 2004 he enrols on Graduate Diploma in Graphic Design in the city of Palma.

Sath uses figurative elements to create colorful pieces slightly surreal, and impossible situations or actions, but never neglecting the message. Everyday life situations melt and transform into new ones, implying a change of meaning from its original context. He pursues the idea of the re-contextualization as a tool to construct new meanings.

Using spray painting as his main coloring technique since 2002, this visual communicator shares his curiosity and thoughts through painting art, either on canvas or making a different use of urban environment mainly outside of the context of traditional art venues. 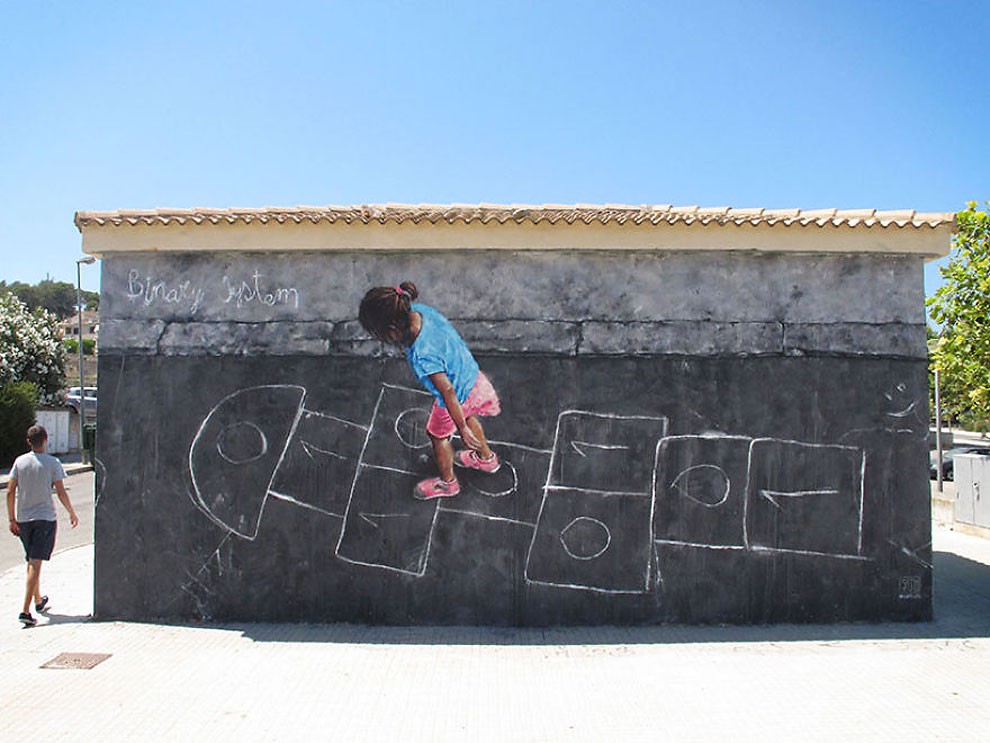 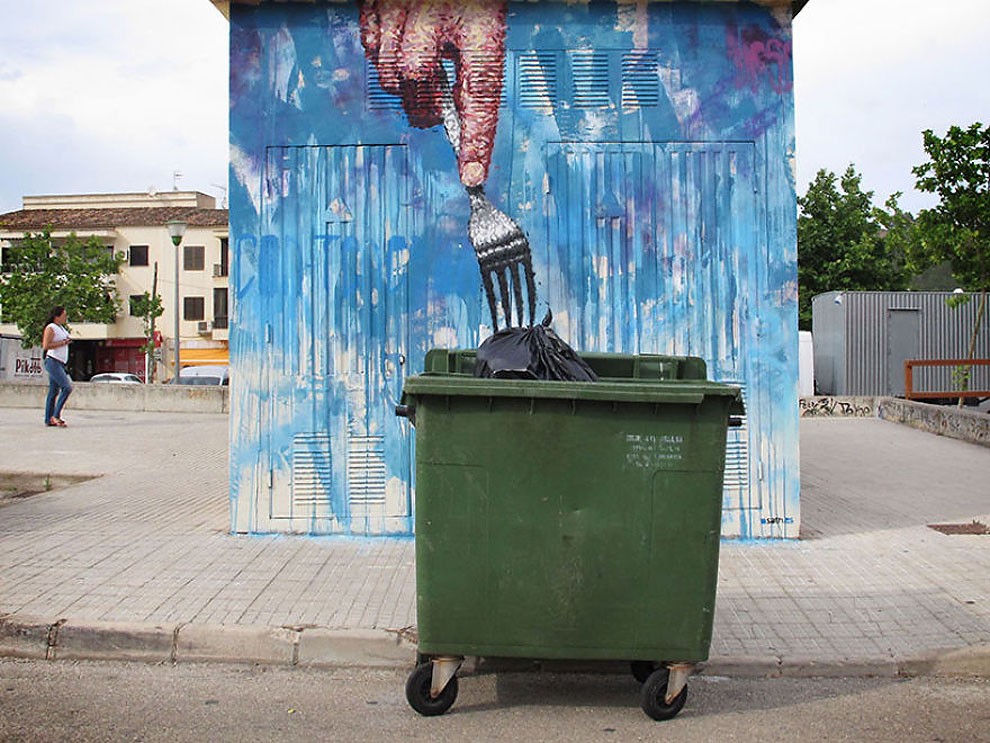 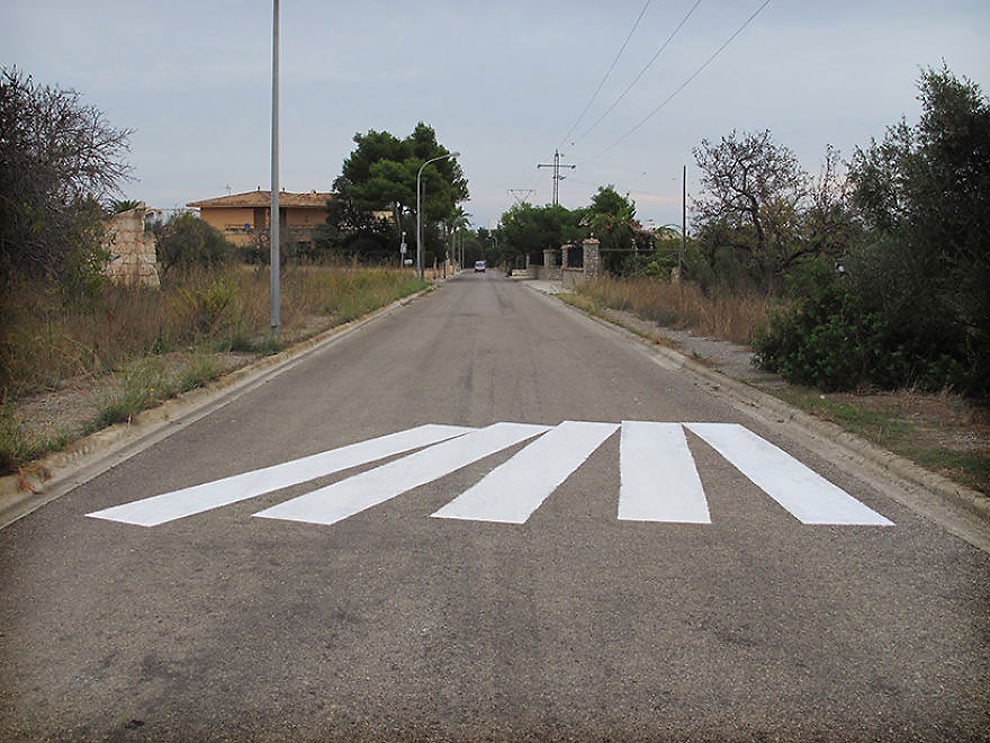 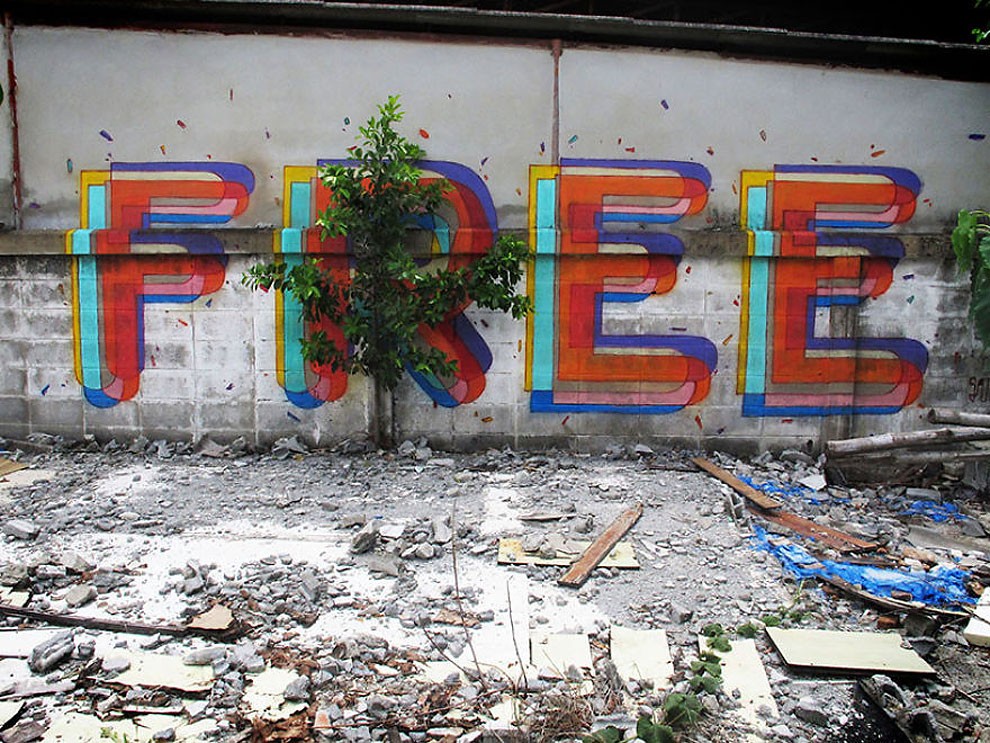 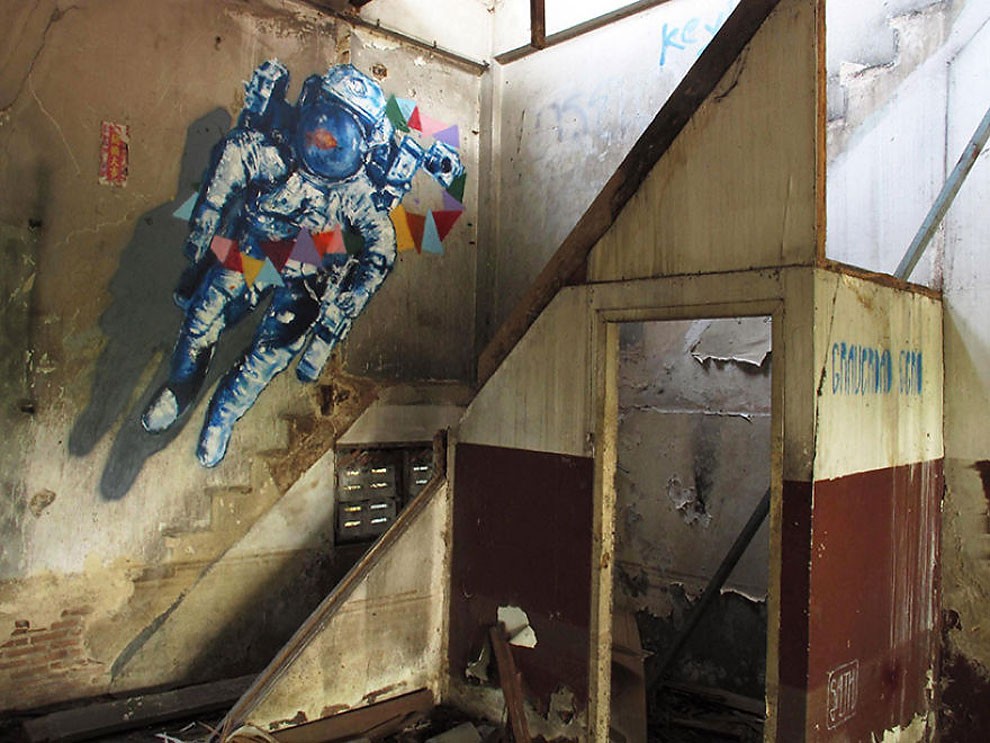 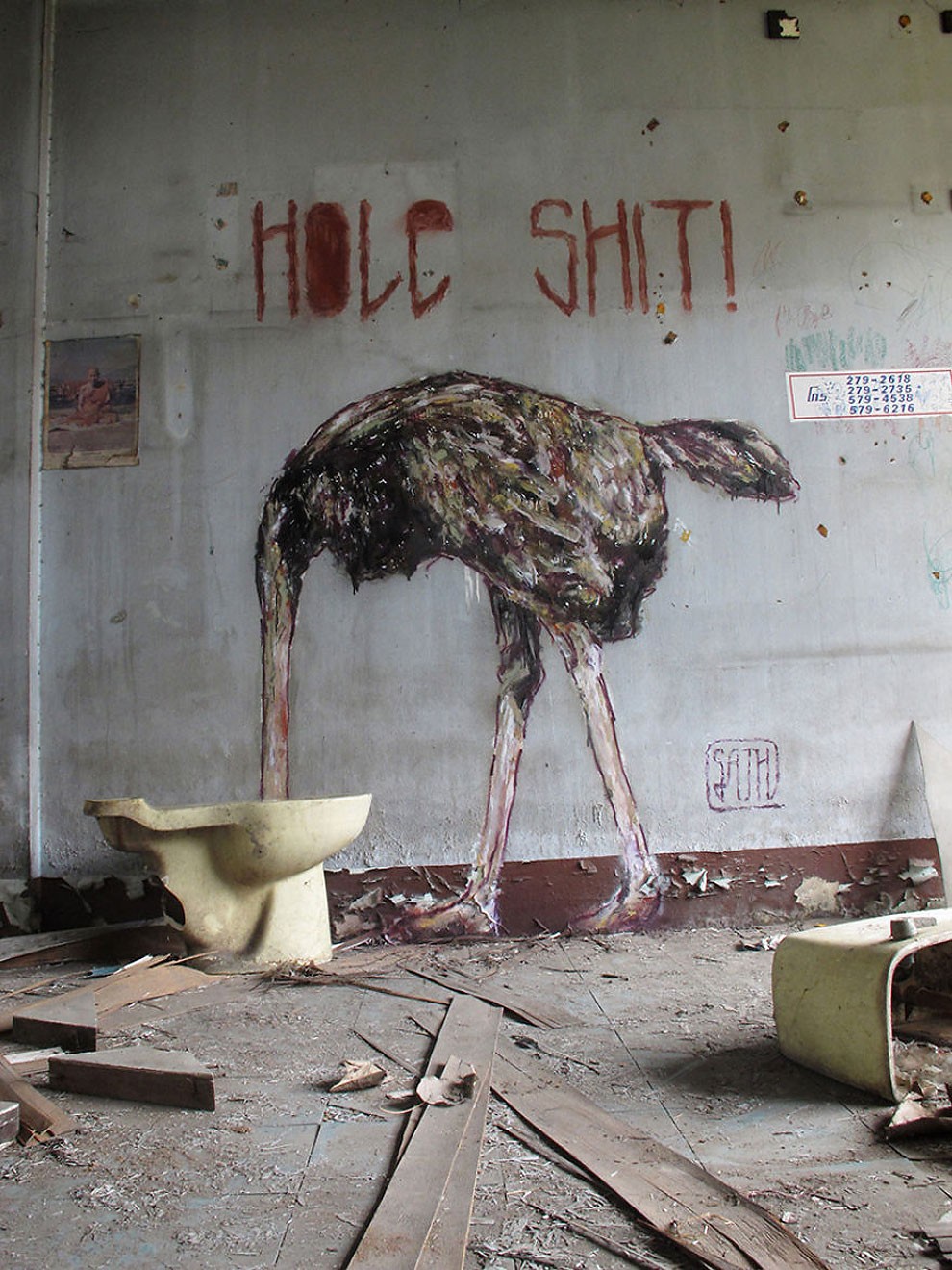 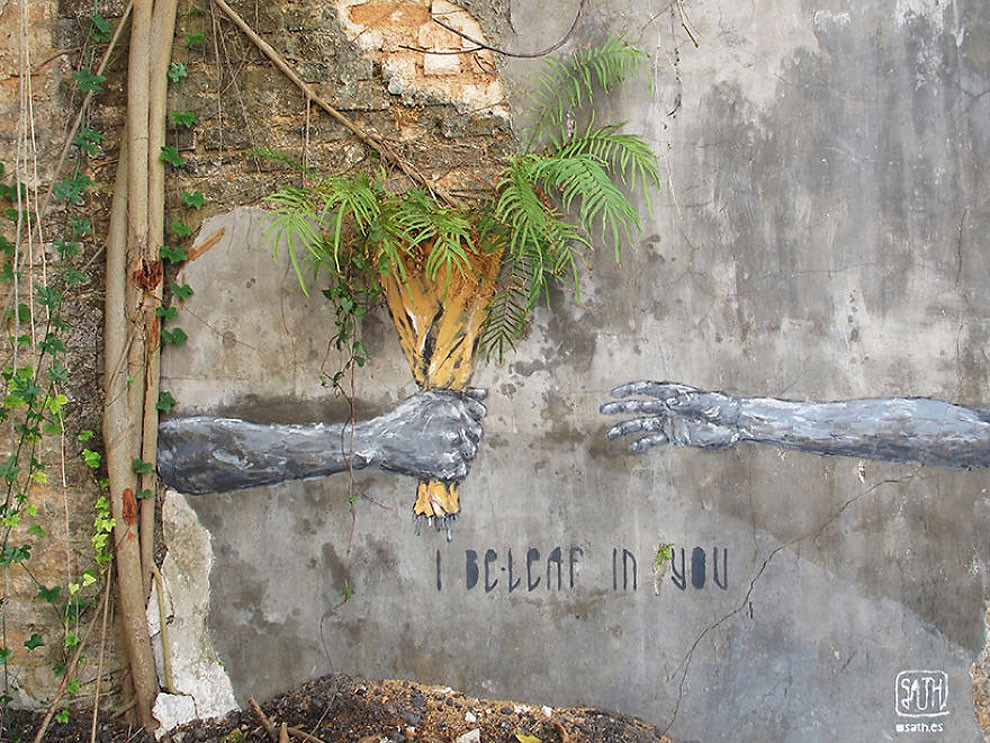 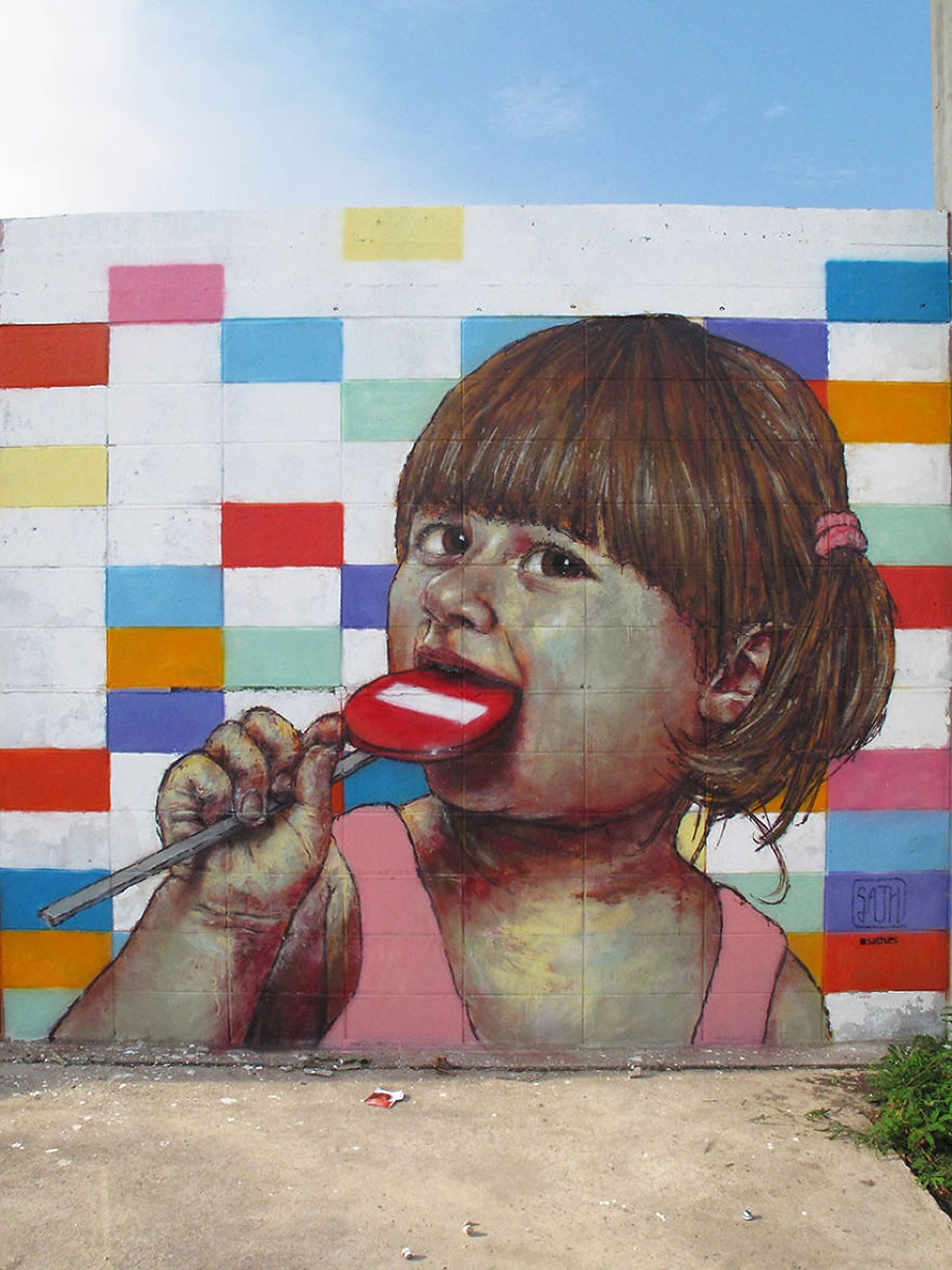 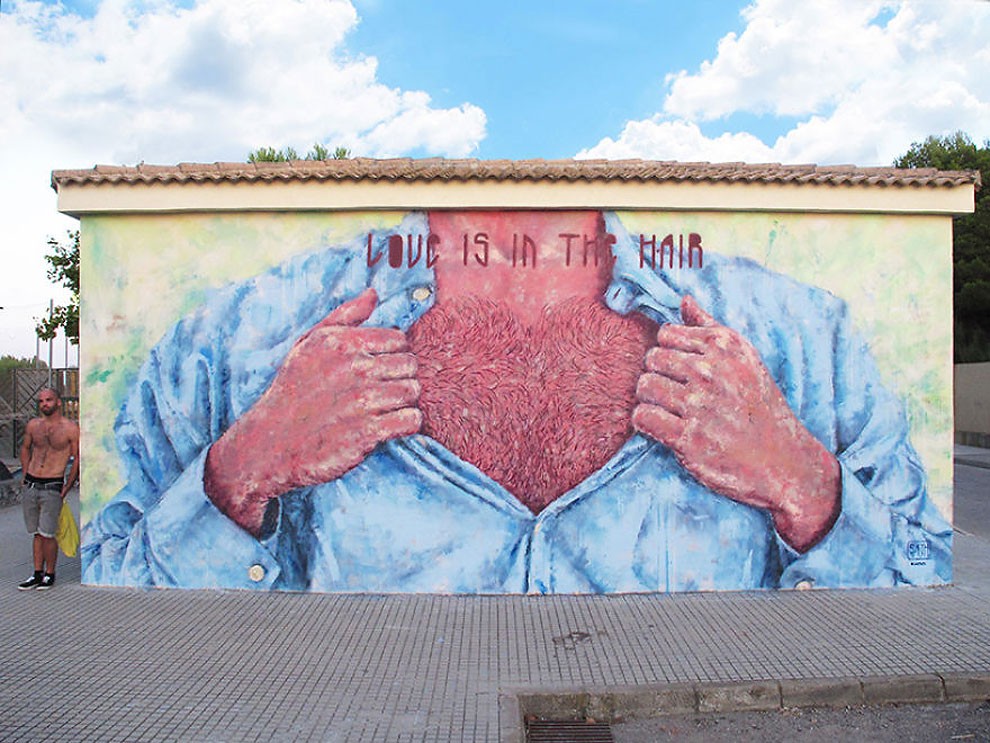 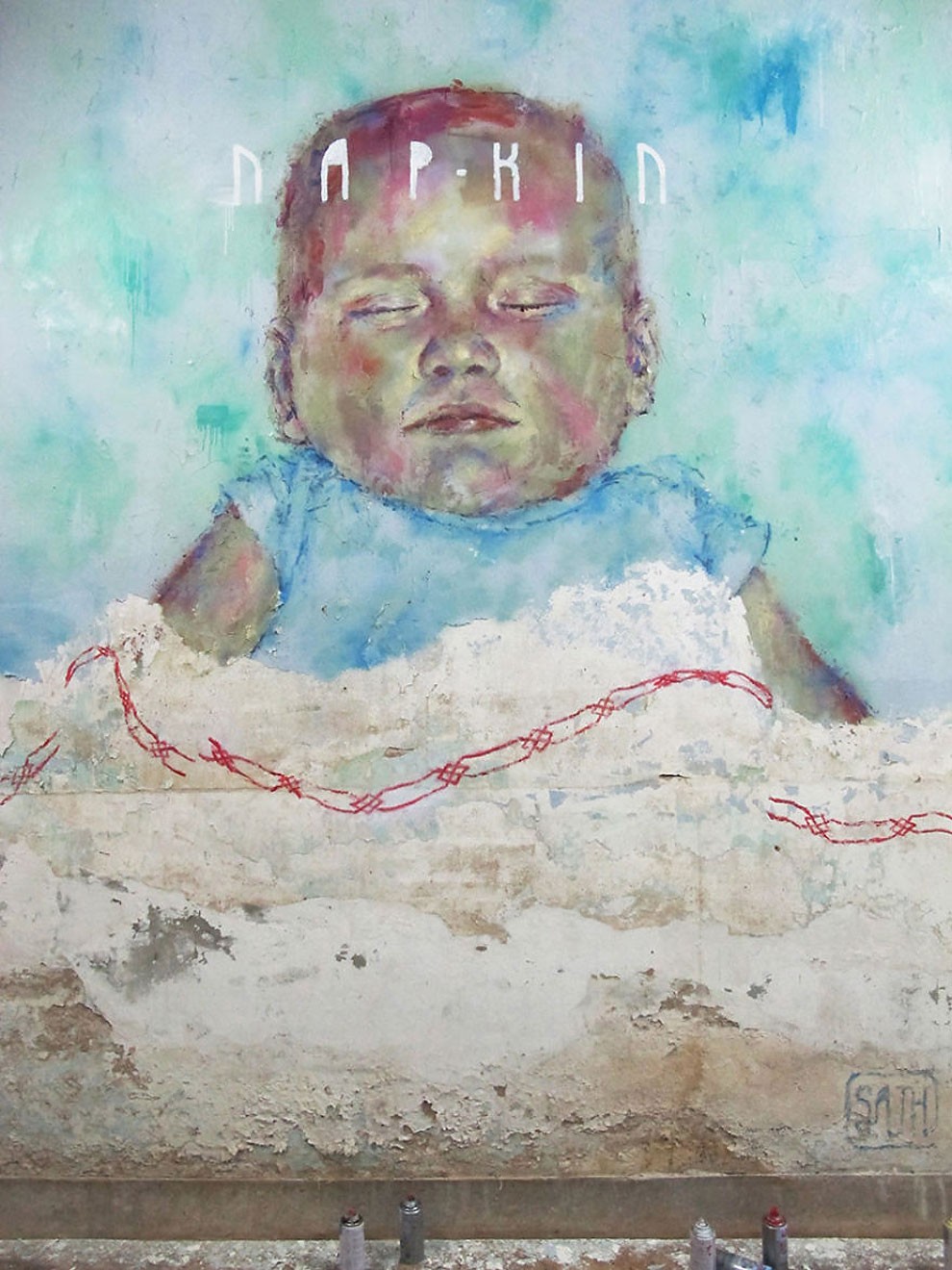 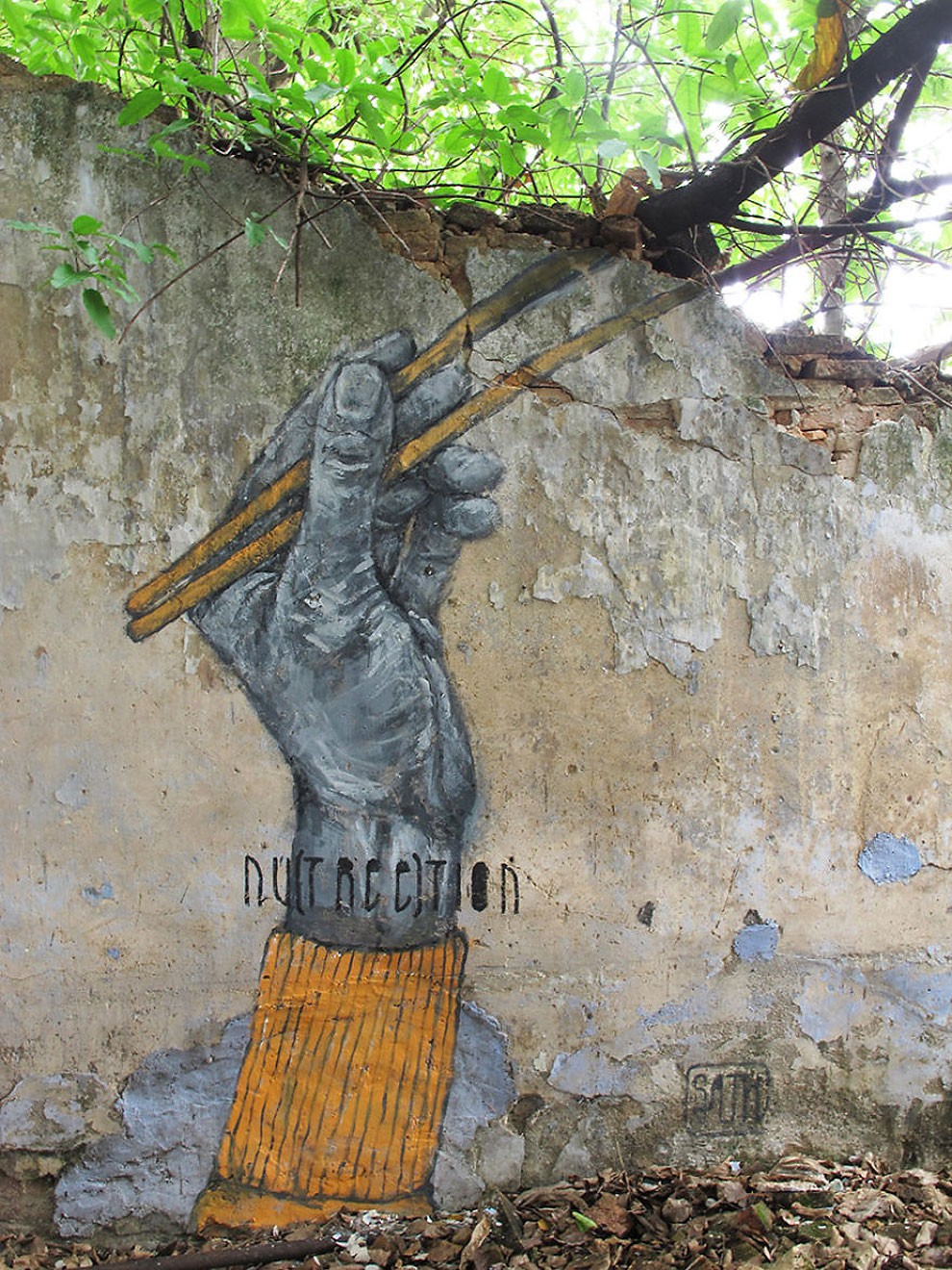 This Saudi Artist Transforms Western Celebrities Into Khaleejis
Boston Artist Matthew Zaremba Has Used Art and Instagram to Process Reality and Capture His Feelings
This Artist Creates Funny And Silly Photomanipulations
Japanese Illustrator Combines Animals and Vegetables to Make Charming Fairy Tale Creatures
Superb Illustrations By Yanjun Cheng
Artist Imagines How Pop Culture Characters Would Look If They Were Saints
Cats Are Not Lazy, They Have Many Important Jobs
How Ads From Today’s Famous Brands Would Look If They Were Created In The 1950’s
The Snail Family In Medieval Art
Fantastic Worlds of John Brosio: Tornadoes, Twisters, and a Jerk in a Road
Coca-Cola Mini Kiosks By Ogilvy & Mather Berlin Promote Tiny Coke Cans
The 3D Artist Inward Brings To Light Sublime Cyberpunk Worlds
This Strange World: Unique Illustrations by Victoria Semykina
Stress Relief Service In Moscow
Big Shout Out To One Of The World's Most Inspiring Grandmas!
Ukraine-born Tattoo Artist Stanislava Pinchuk Inks Her Friends With Minimalist Tattoos For Food, Lessons Or Books
This Photoshop Master Can Seamlessly Combine Any Two Photos You Give Him
These Illustrations Over Photography Tell Us More Than One Side Of The Story
Artist Takes A Critical Look At Modern Society And Calls Attention To Problems In Today’s World With His Thought-Provoking Illustrations
A Group Of Czech Students Recreate Weird And Strange Scenes From Medieval Books
Beautiful Illustrations of Ancient Towns in China by Yukai Du
This Artist Delivers “The Good News” With Upbeat Street Flyers
Quarantine Life With A Cat In Cute Illustration By Annada Menon
Unusual and Beautiful Rainbow Cloud Portal Appears in the Sky
interventions, sath, streetart, urban