Brilliant Photo Project Captures What It’s Like to Feel Lost 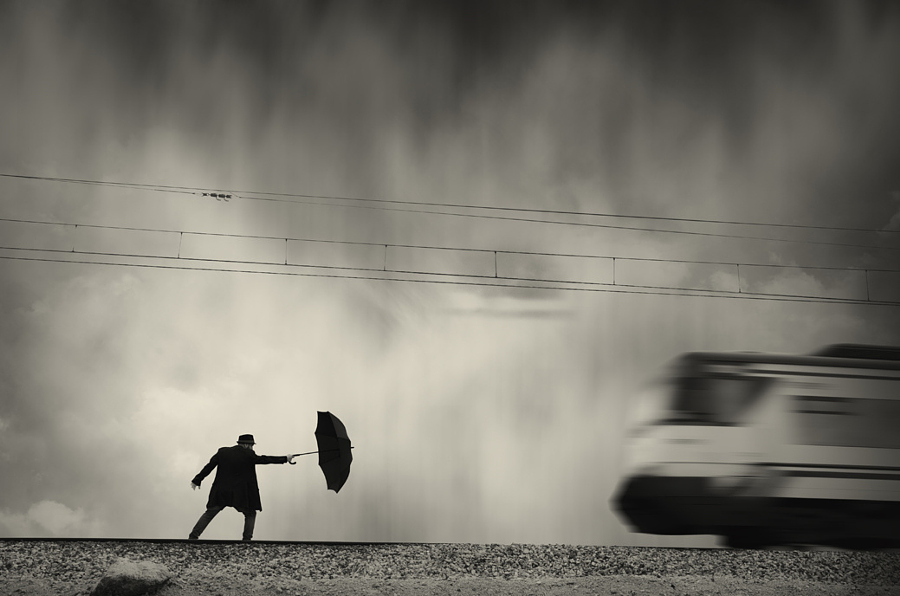 A man stares down a train, umbrella in hand, defiant in his dreary black-and-white world. This was the first of César Blay‘s images to captivate us when it popped up on the top of the Popular page a couple of weeks back, and we immediately wanted to know the story behind it.

But this, it turns out, was one of many. It was a single piece of a photo project that César is calling State of Discouragement, which depicts a lone man, always carrying an umbrella, making his way through a world in which he feels lost… or losing.

Here’s how Cesar described the project “State of discouragement includes questions and answers on the inside of the individual, covers the feeling and the environment of the unemployed, evicted, who feels lost or losing. The character of ghostly appearance feels out of site in a solitary environment, limited to observe through the border between intervention and discouragement. Defends himself with an umbrella that represents the concept of bad weather in a murky and disoriented time submerged in its own existential crisis, both economic values where the human being is treated as a number in a graphic scale.”

This work, as with so many other labors of photography and art, is a “work in progress.” It’s taken César almost a year to get to this point, wandering around the sleepy Mediterranean town where he lives, staring as the mysterious umbrella-wielding man in his own images. 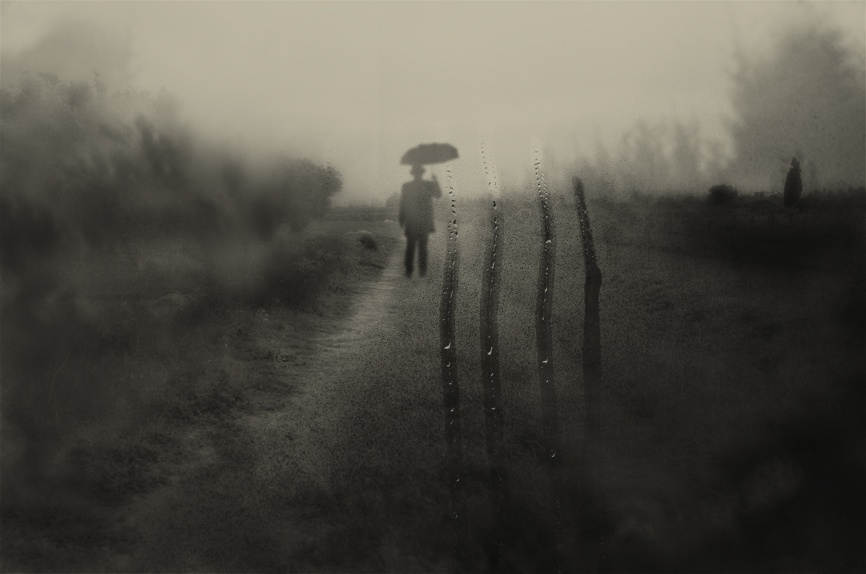 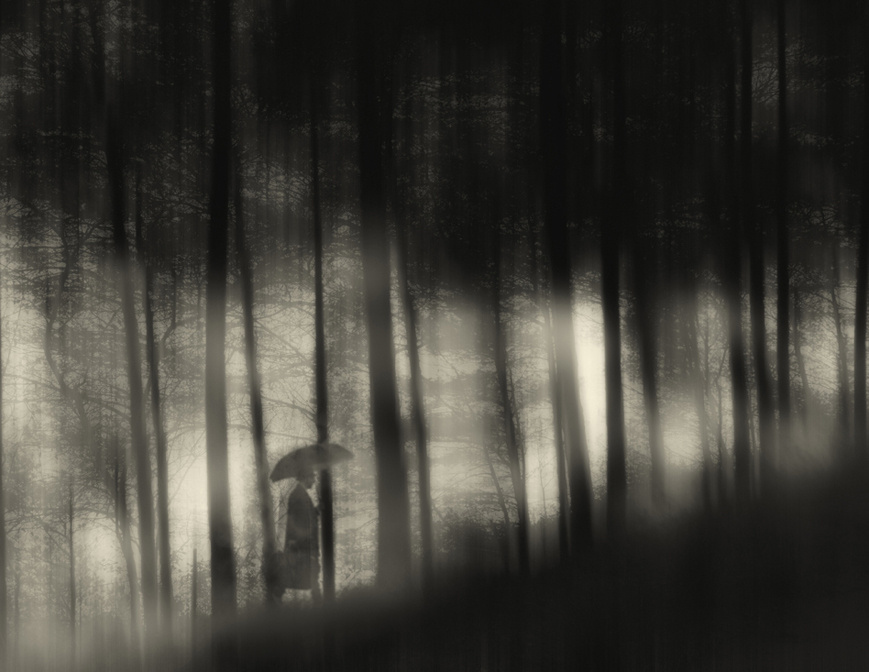 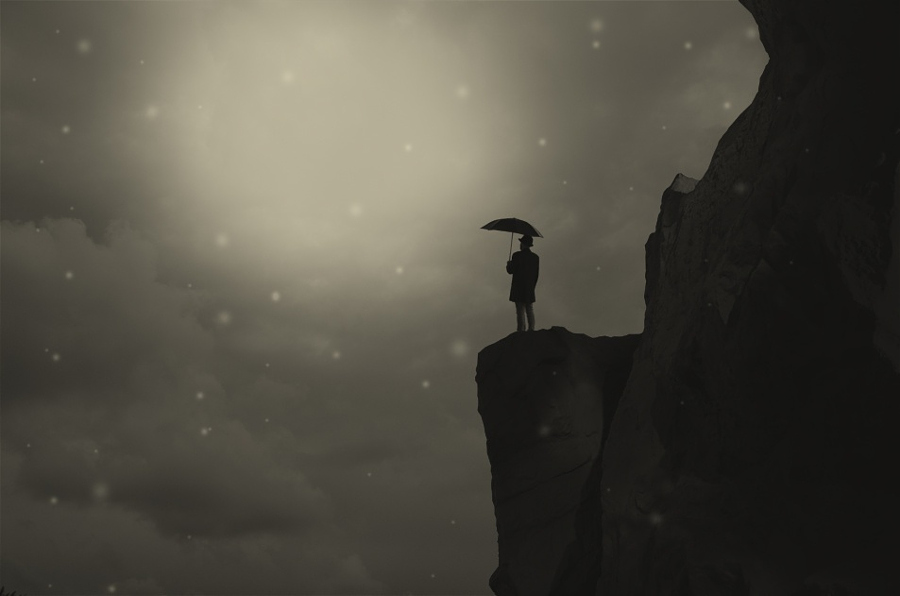 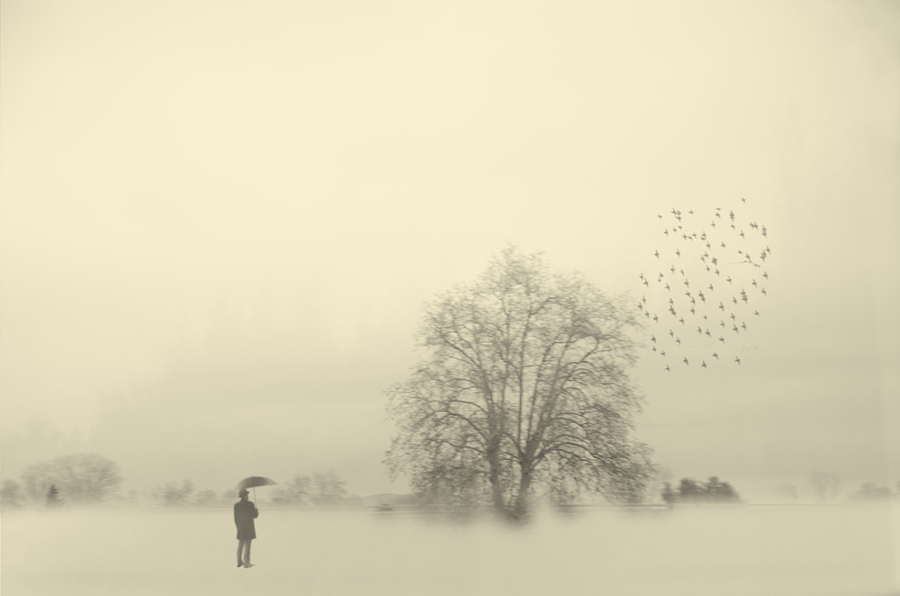 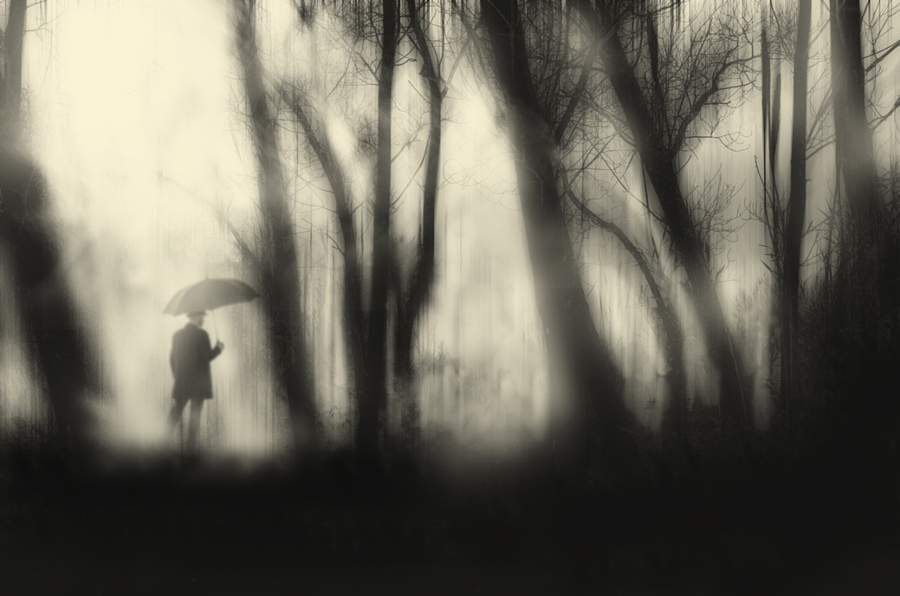 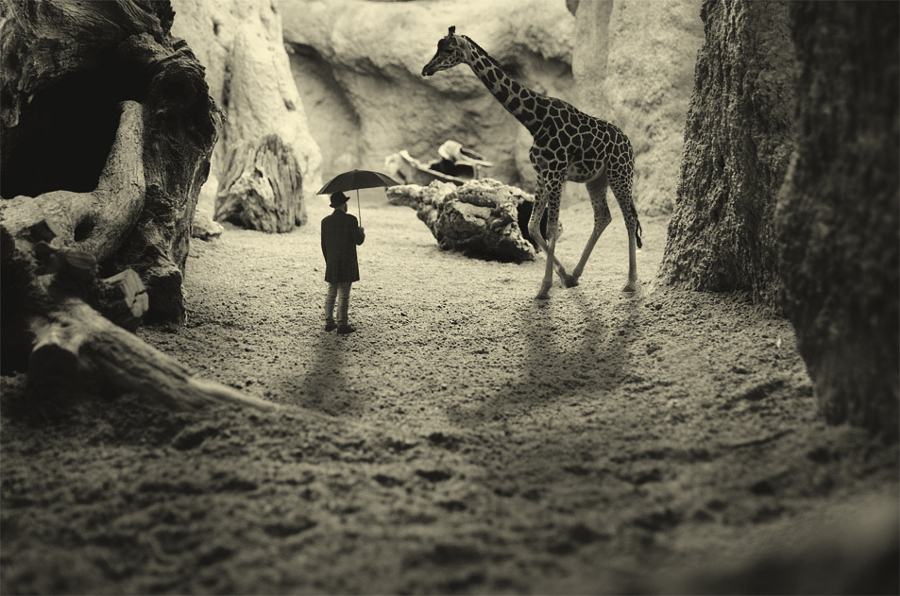 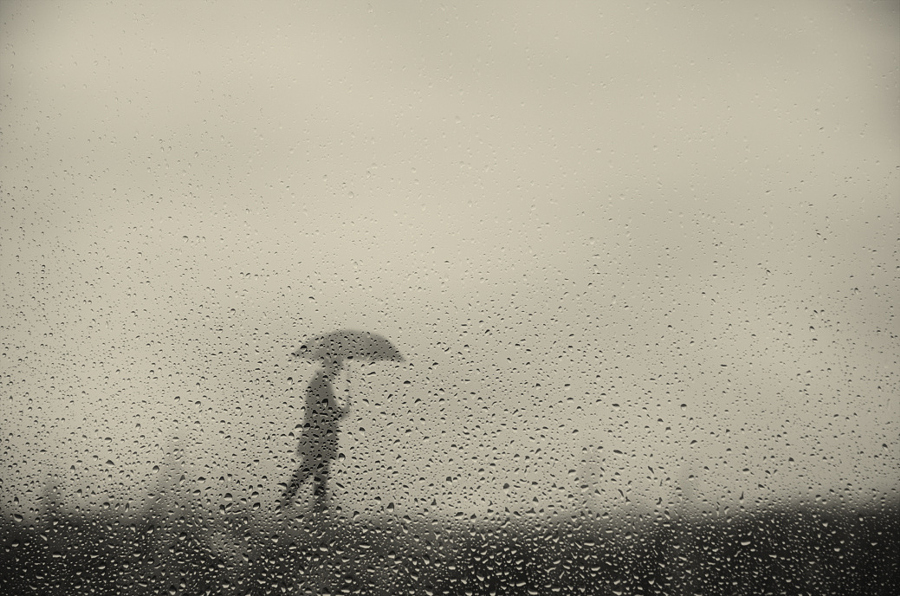 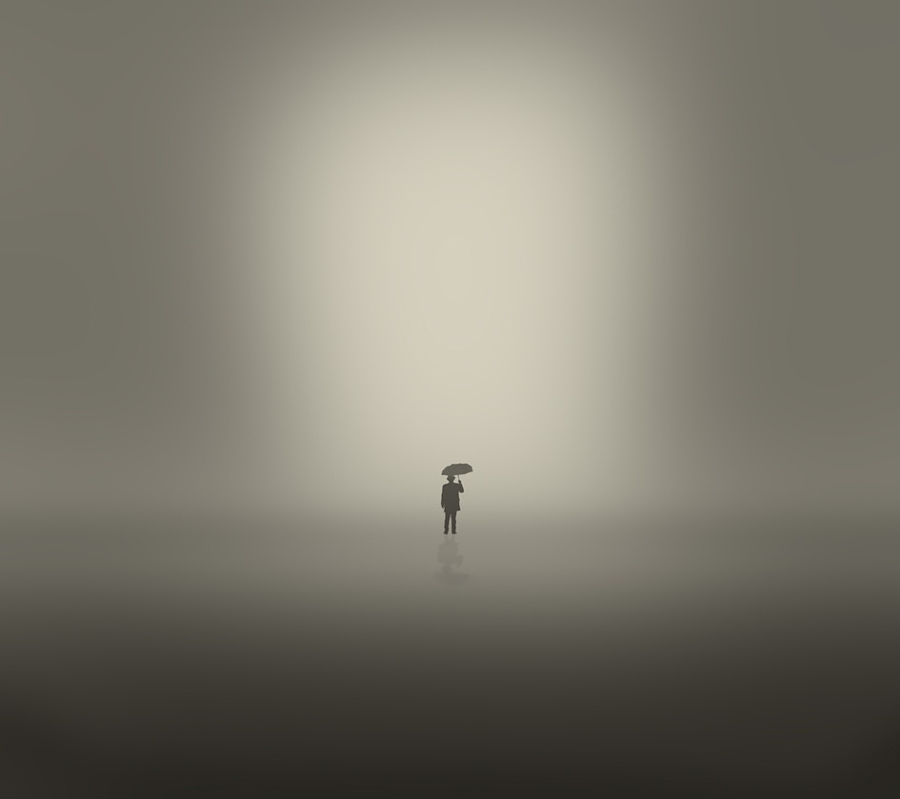 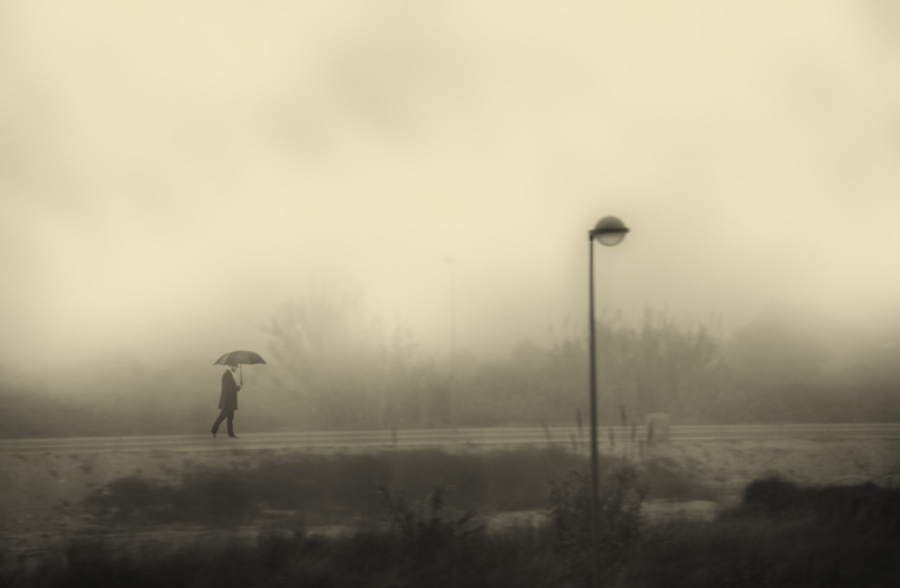 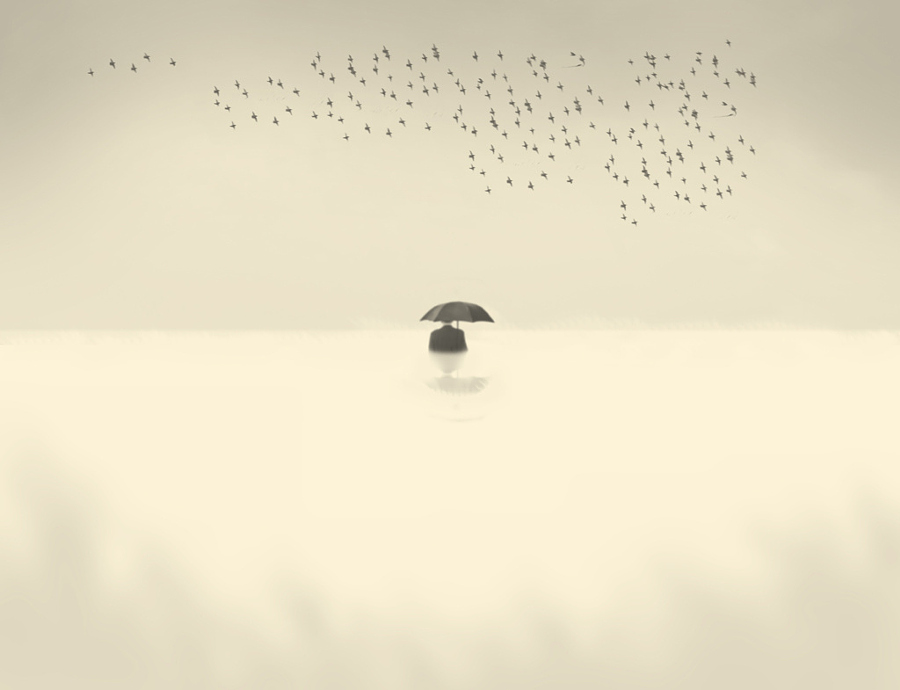 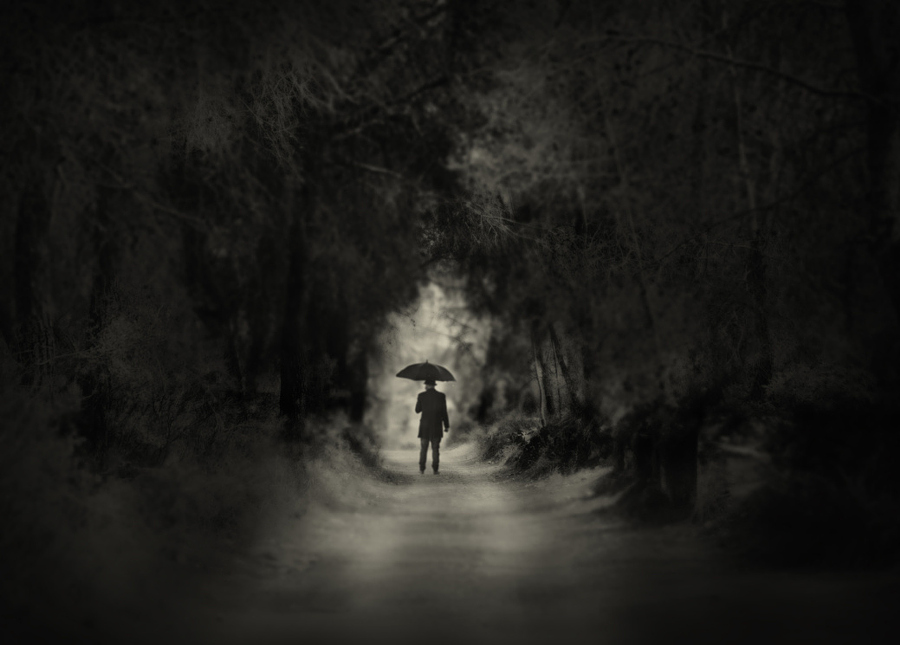 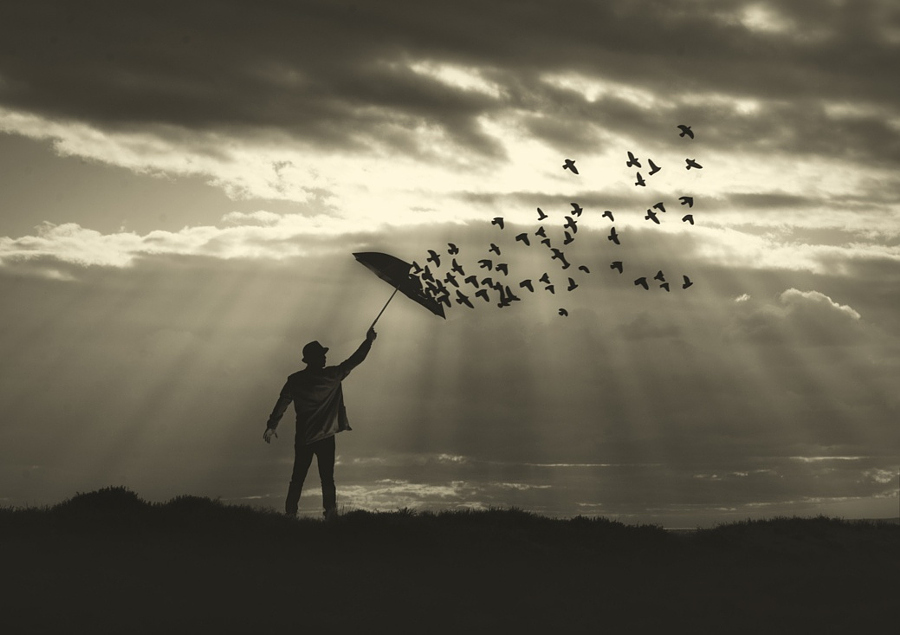 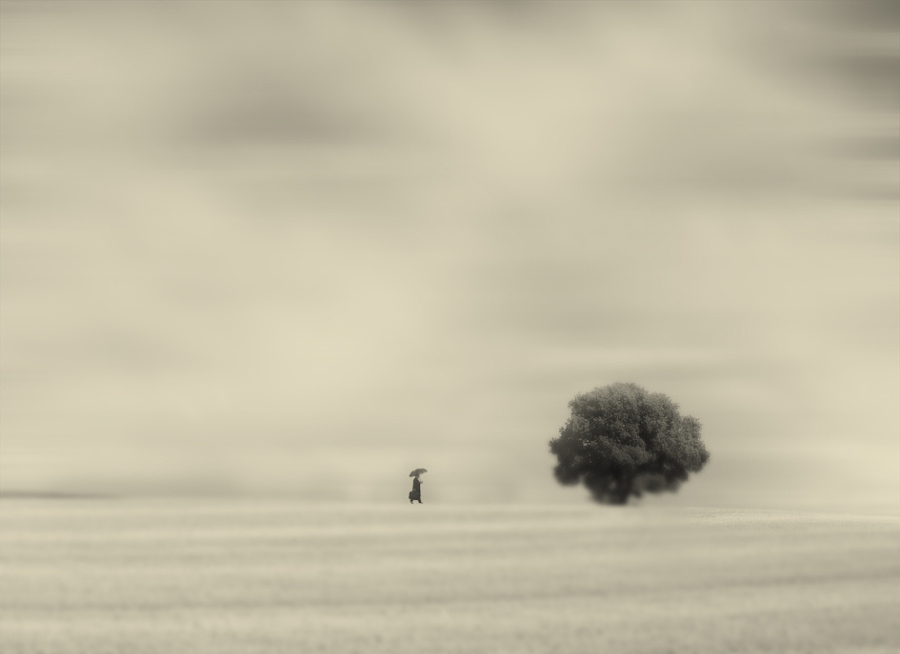 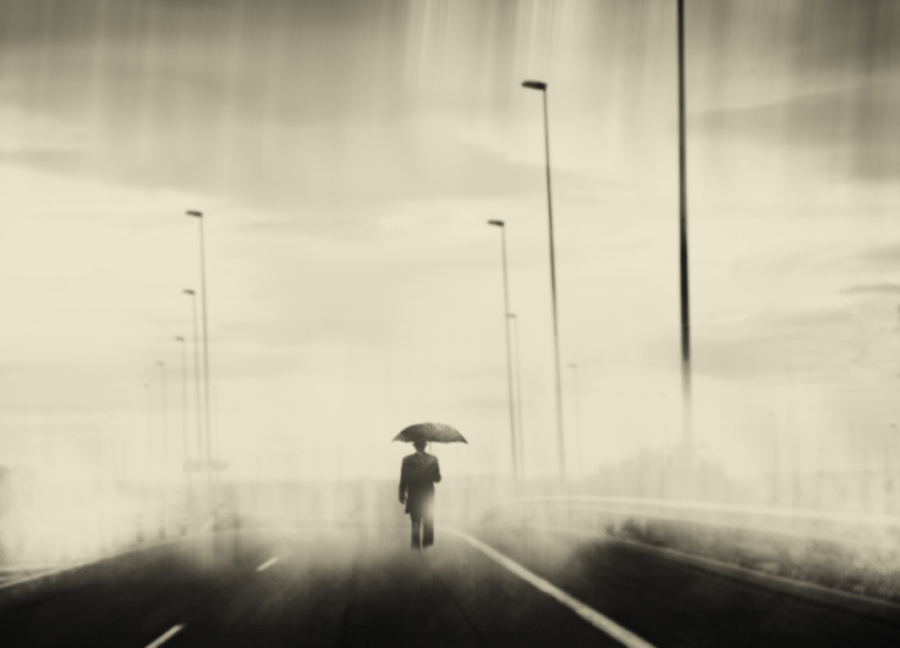 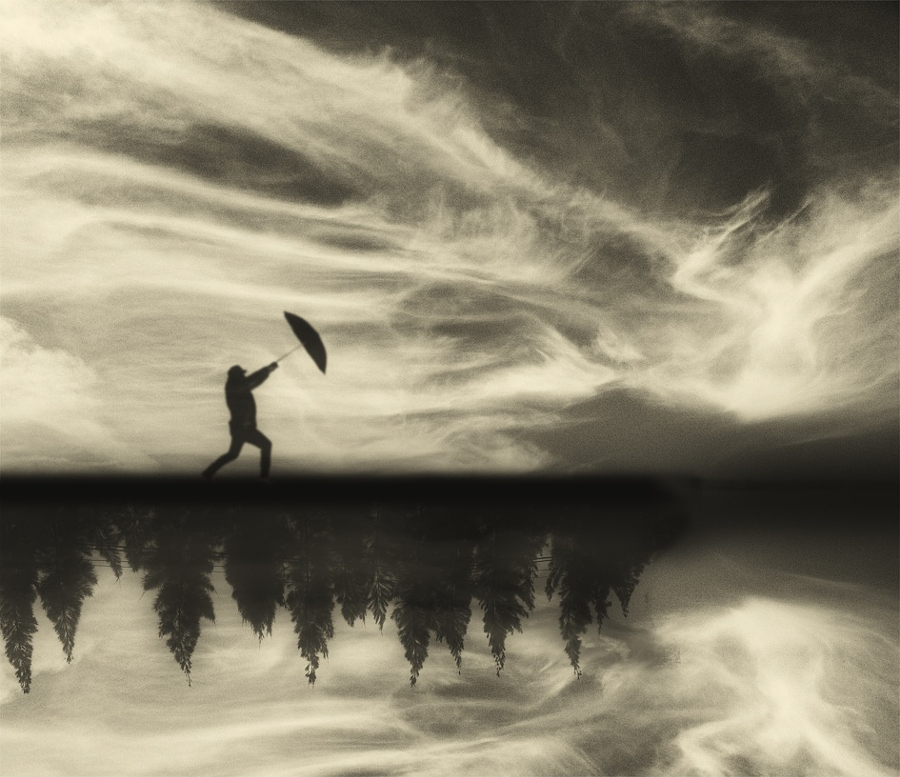 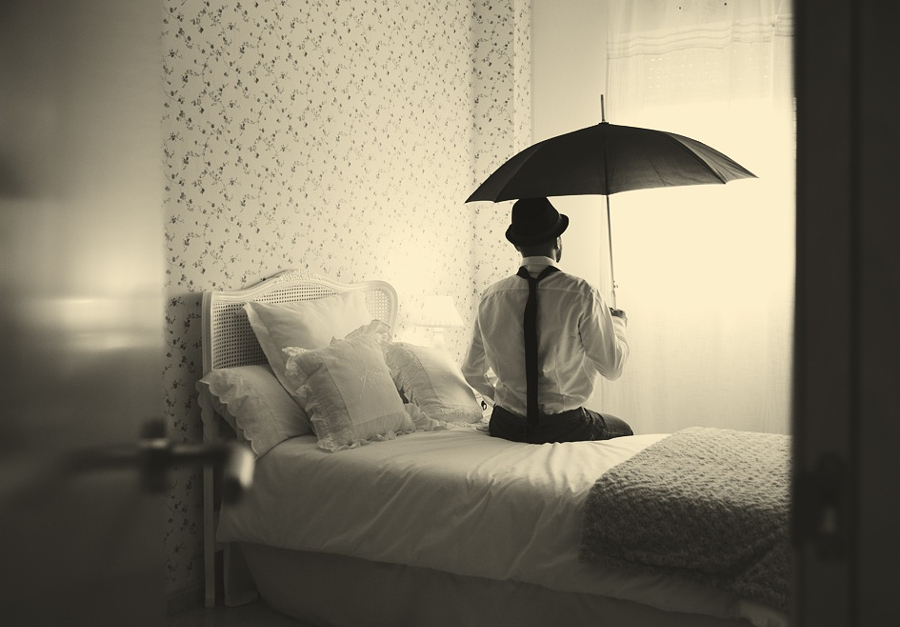 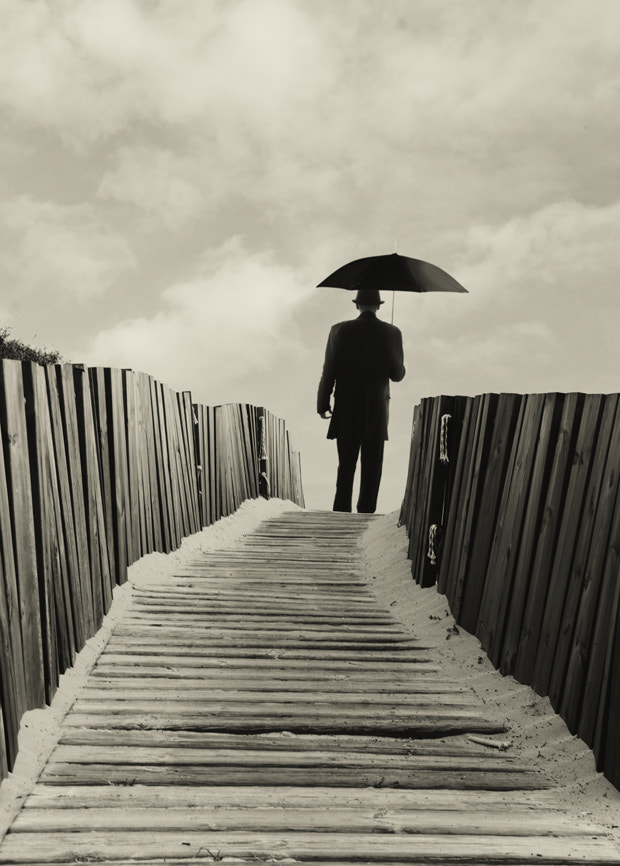