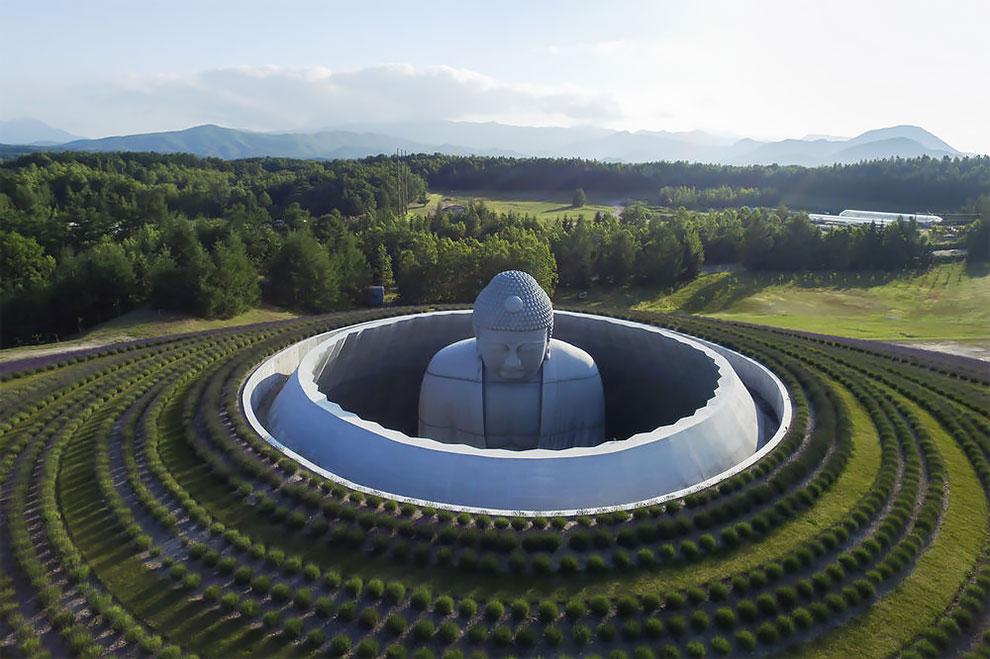 In the northern Japanese city of Sapporo, architect Tadao Ando designed a spectacular temple, which opened in December 2015. An essay by Tadao Ando for the Italian DOMUS Magazine discusses his work in Makomanai Takino Cemetery.

“The aim of this project was to build a prayer hall that would enhance the attractiveness of a stone Buddha sculpted 15 years ago. The site is a gently sloping hill on 180 hectares of lush land belonging to a cemetery. The statue is 13.5 metres tall and weighs 1500 tons. It is made of fine, highly selected solid stone. Until now, the Buddha statue has stood alone in the field, giving an unrestful impression. The client wanted to give visitors a more serene appreciation of the Buddha.” 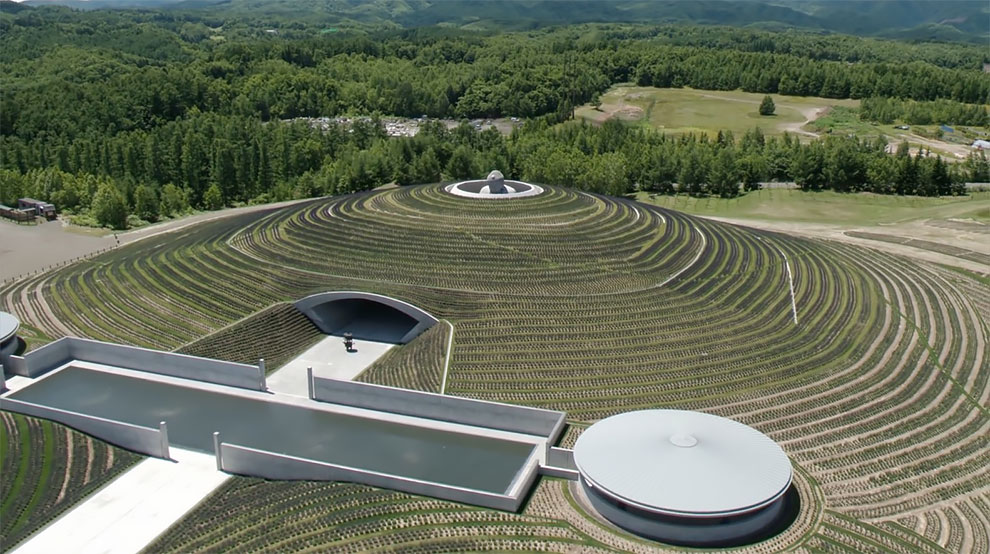 “Our idea was to cover the Buddha below the head with a hill of lavender plants. We called the idea the ‘head-out Buddha’. Embedded under the hill are a 40-metre approach tunnel and a rotunda embracing the statue. The design intention was to create a vivid spatial sequence, beginning with the long approach through the tunnel in order to heighten anticipation of the statue, which is invisible from the outside. When the hall is reached, visitors look up at the Buddha, whose head is encircled by a halo of sky at the end of the tunnel.” 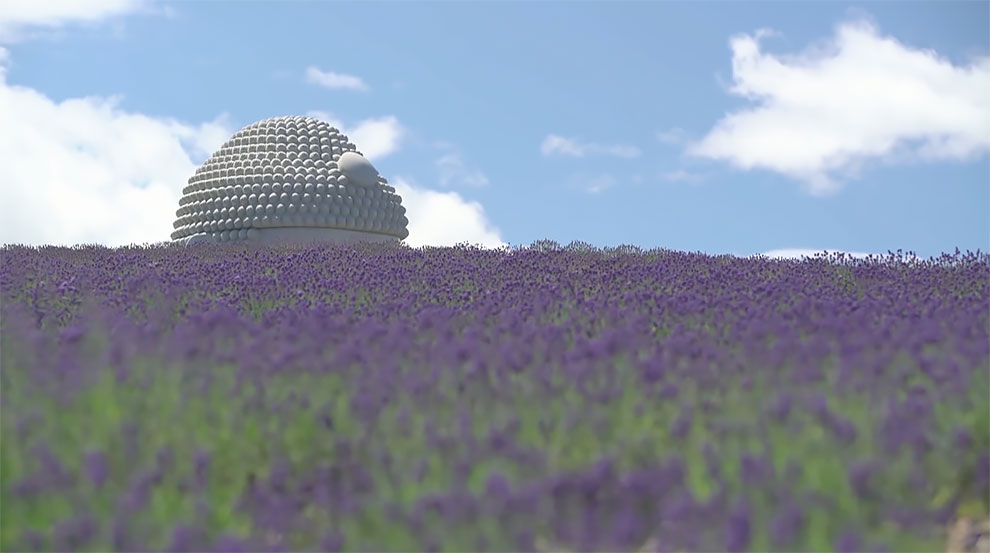 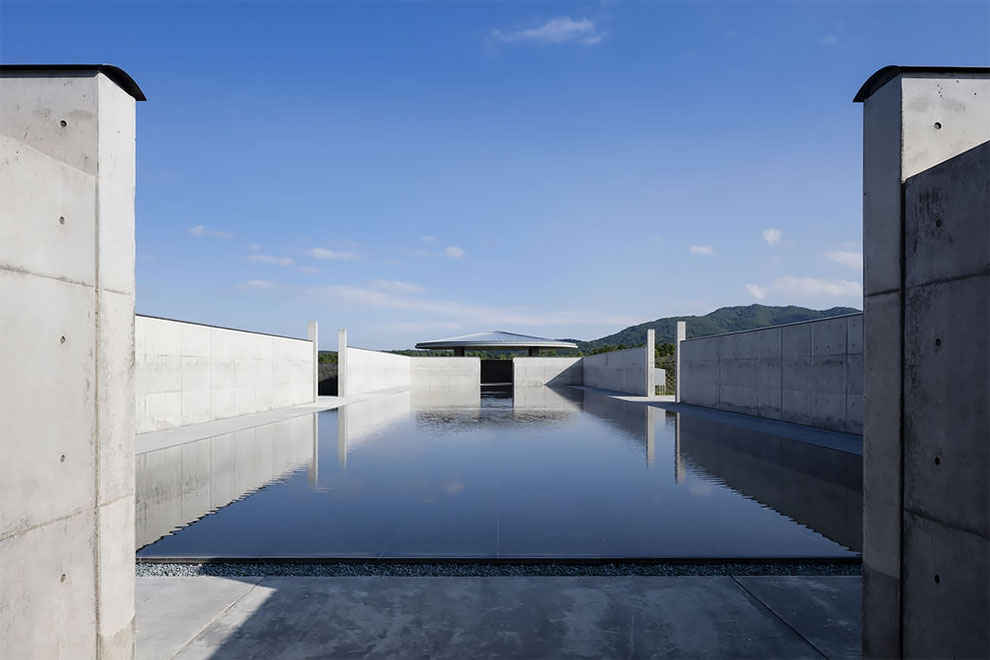 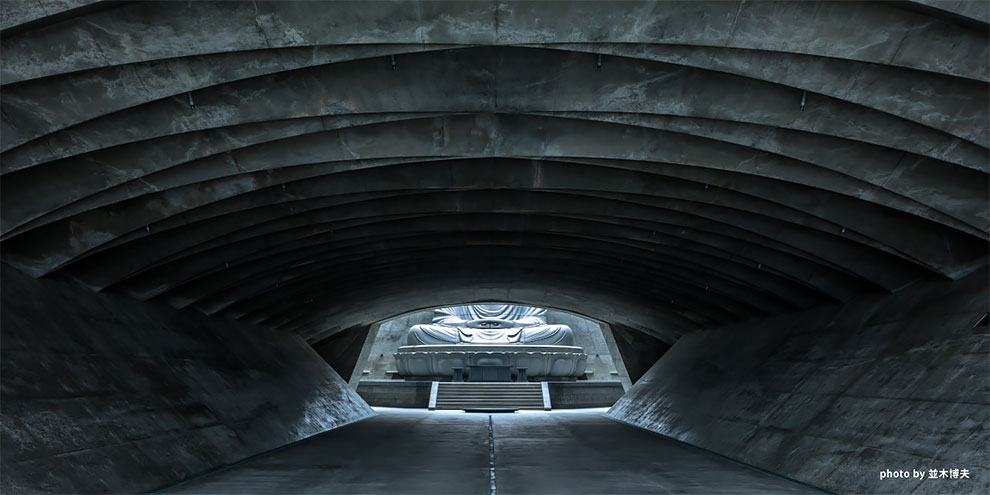 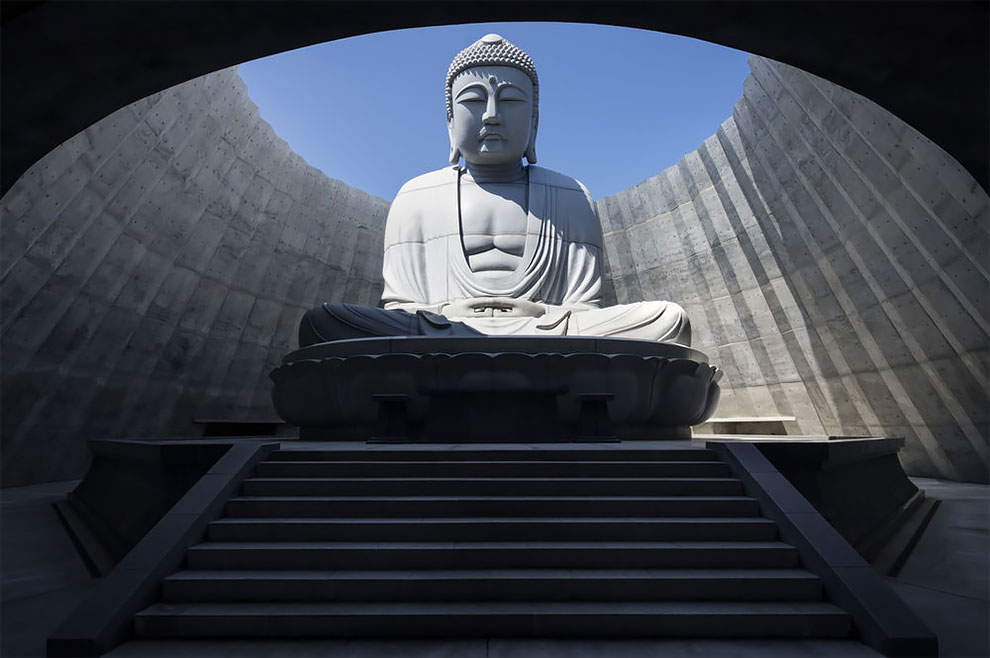 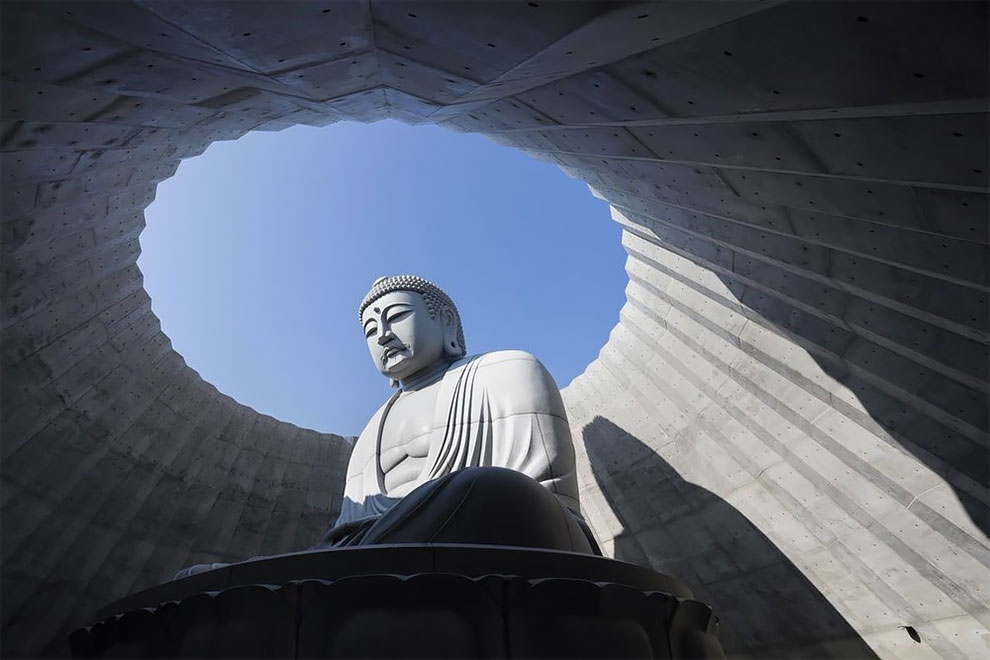 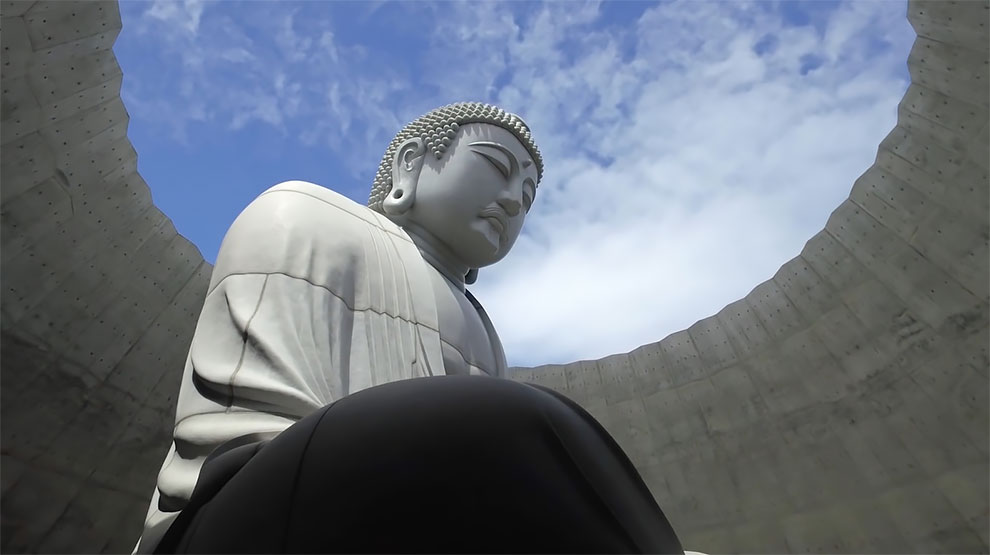 Brazil Building New Jesus Statue Taller than Christ the Redeemer
Brand New Wall for Your Apartment
Origami Cave Puts a Stylish Spin on Emergency Shelter
Brad Pitt Has Built Over 100 Homes For Families Who Had Lost Everything During The Hurricane
These Haunting Pictures Of An Abandoned Funeral Home Will Send A Shiver Down Your Spine
A Giant Ancient Egyptian Statues Unearthed
Russian Couple Build Pyramid Of Giza Replica In Their Rural Backyard
The New Sava River Bridge in Belgrad
The Beautiful Buenos Aires Bookstore Inside A 100-Year-Old Theatre
The Interior of the Fourviere Basilica in Lyon
At 375ft, 'Orbit' is UK's Tallest Sculpture
CyberHouse: Russian Architects Make Tesla Cybertruck Inspired House To Survive A Nuclear Apocalypse
This Feline-shaped Kindergarten Is The Cat’s Meow
This Illuminated Arch Rises Up Out Of The Water And Surrounds A Foot Bridge In Texas
The Instagram Account Sharing The Most Beautiful Libraries In The World
You’ll Never Guess What This Tiny House Looks Like On The Inside
An Aerial View Of The 90-Meter-Long Puffer Fish Tower In East China
Incredible Photographs From The Construction Of The Forth Railway Bridge, A 19th Century Engineering Marvel
See the Ancient City of Pergamon in 360 degrees
The Family Dog Was Considered In The Design Of This Toronto House
See How This Row House Became The Best On The Block, With The Use Of One Simple Material
Oscar Wilde Tomb is All Clean
This Artist Spent 10 Years Carving A Giant Cave – Alone With His Dog
World’s Longest Tunnel Slide To Open In London This Summer
This Underground Shelter From The 1970s Was Just Listed For $18 Million
Nike Transforms West Side Church In Chicago Into Basketball Facility
Dutch Prisons Become Welcoming Homes For Refugees
"Passing Cloud" Reimagines What 21st Century Travel Can Be
This Super Tiny Cabin Lets People Sleep In The Mountains Under The Stars
Mortsafe: Protection from the Living Dead
buddha, giant, japan, statue, Tadao Ando