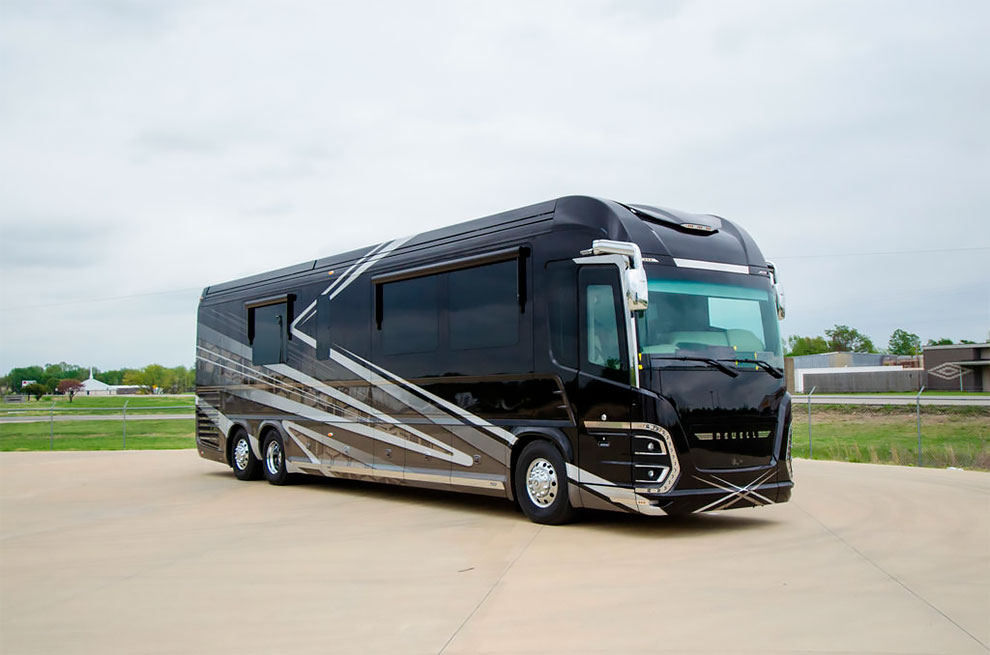 The company has been crafting motor homes for half a century, and the p50 was created to honor the company’s 50th anniversary. Newell also has a longstanding partnership with Porsche Design, which collaborated with Newell on the body style of the motor home. 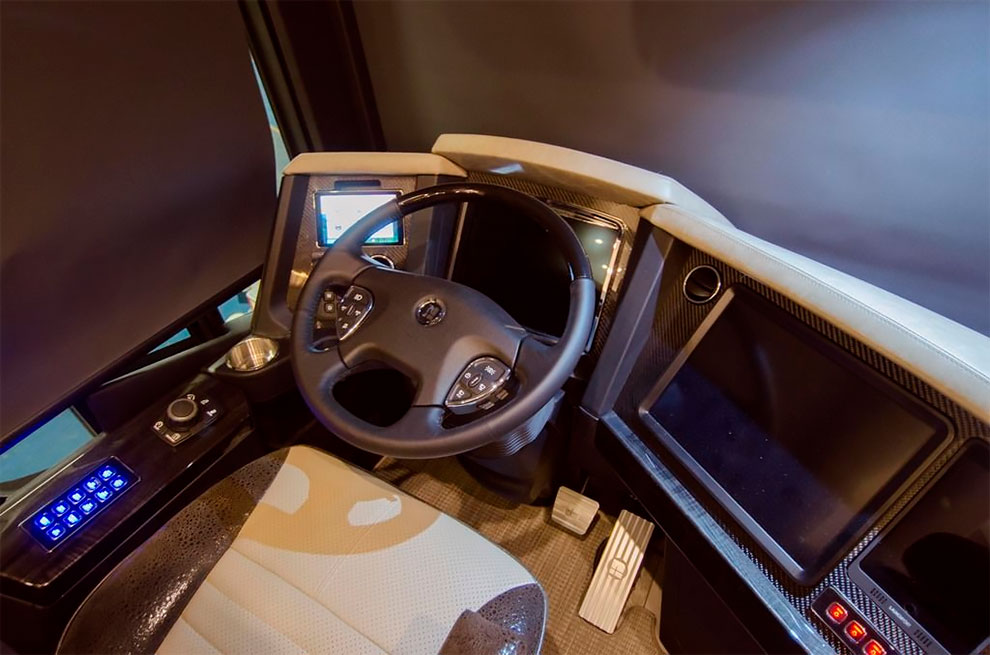 The RV seller makes its own body and chassis for the home, and each vehicle is built to order, allowing the interior and layout to be completely customizable. 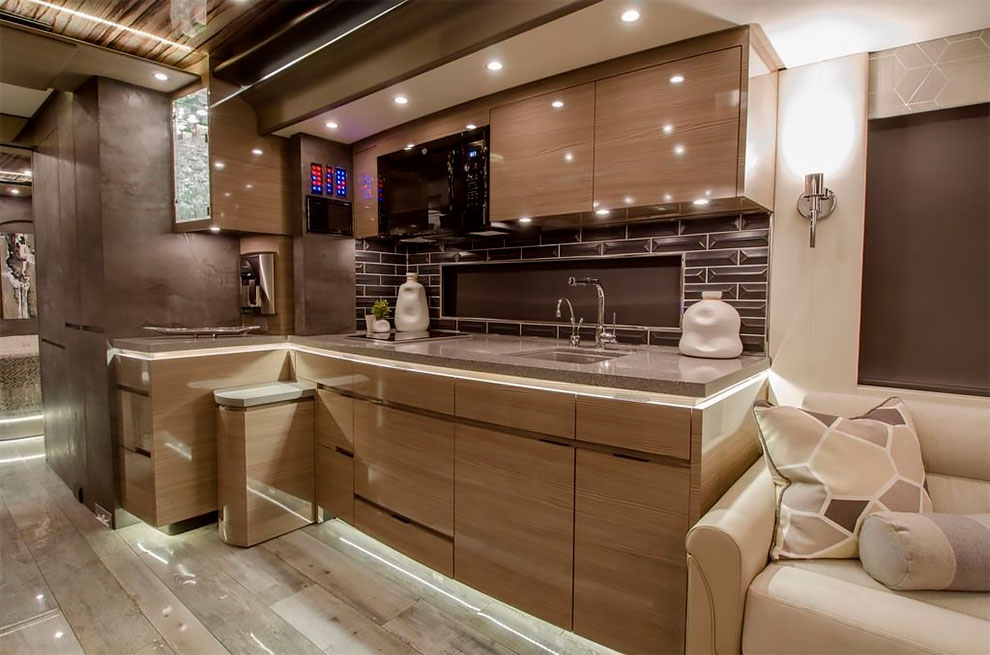 The vehicle is “custom-designed and custom-engineered for the customer,” Karl Blade, the president of Newell Coach, said in a statement. 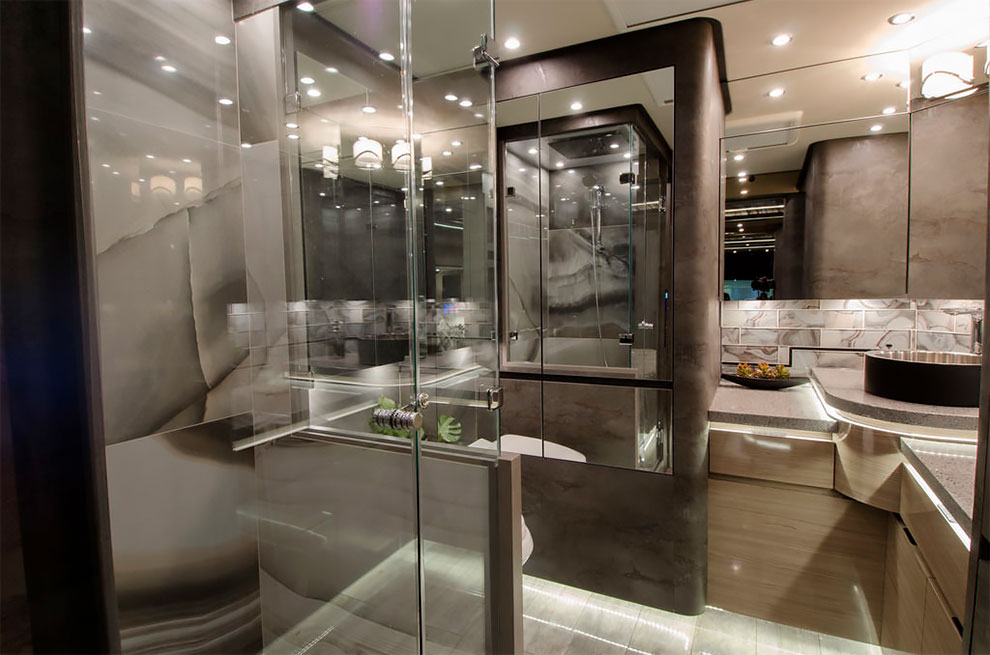 The maker said there was a focus on “intuitive controls and consistent performance” throughout the home, which is made of “luxurious materials.” Newell builds are typically 45 feet long, weigh 60,000 pounds, and are 600 square feet, according to the company.

Most of its customers are self-made entrepreneurs that have experience with RVs, according to Newell. 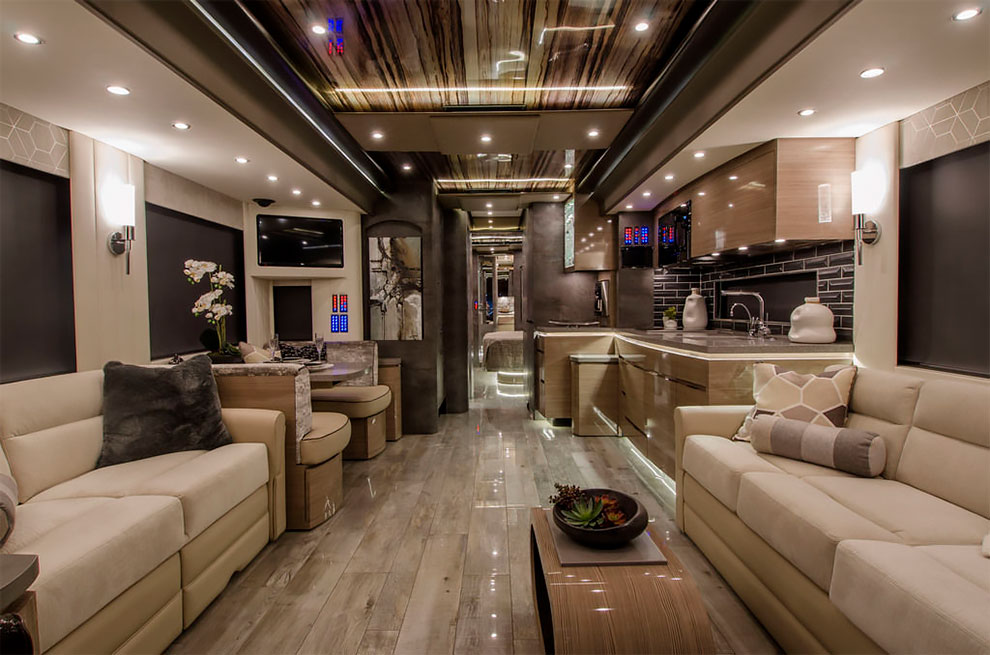 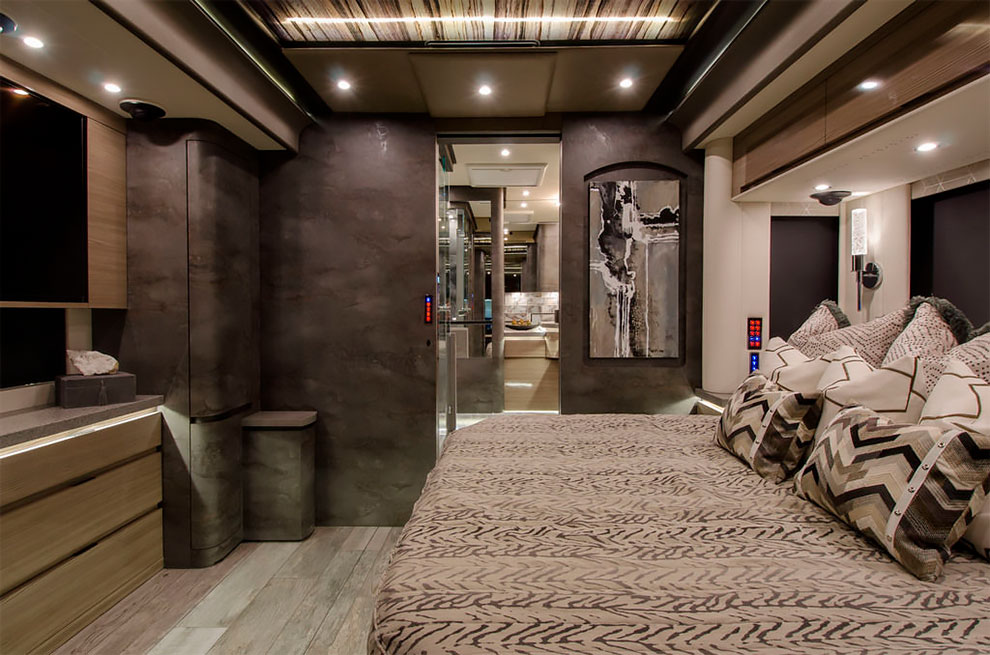 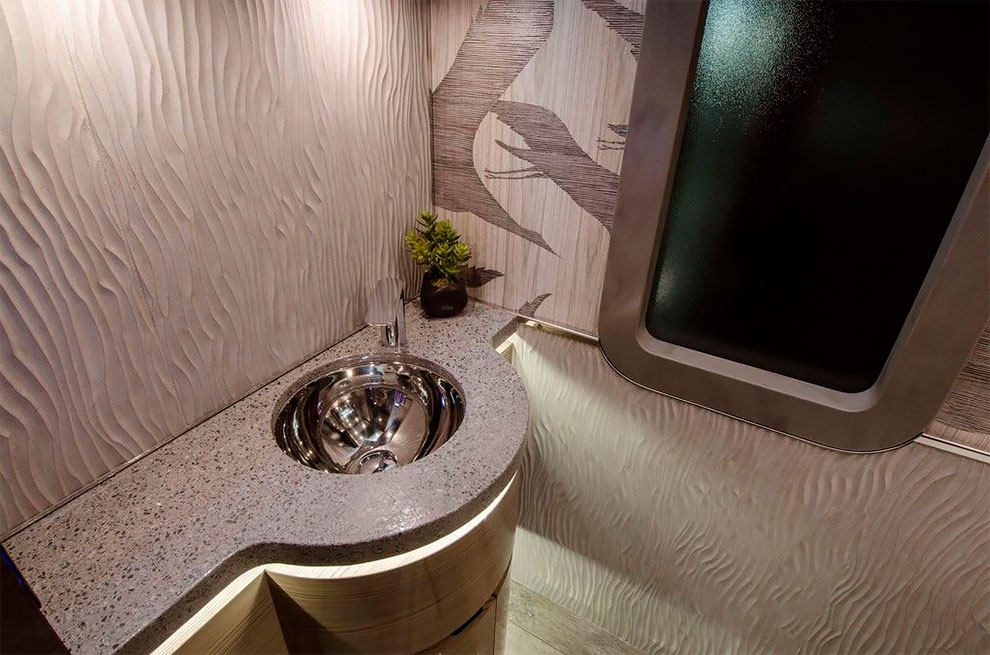 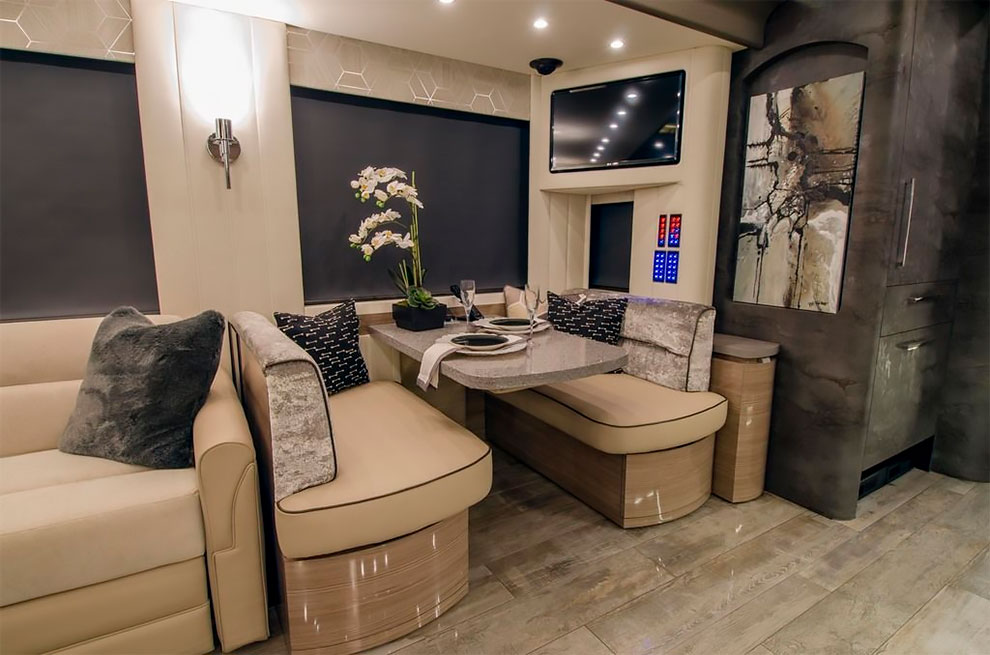 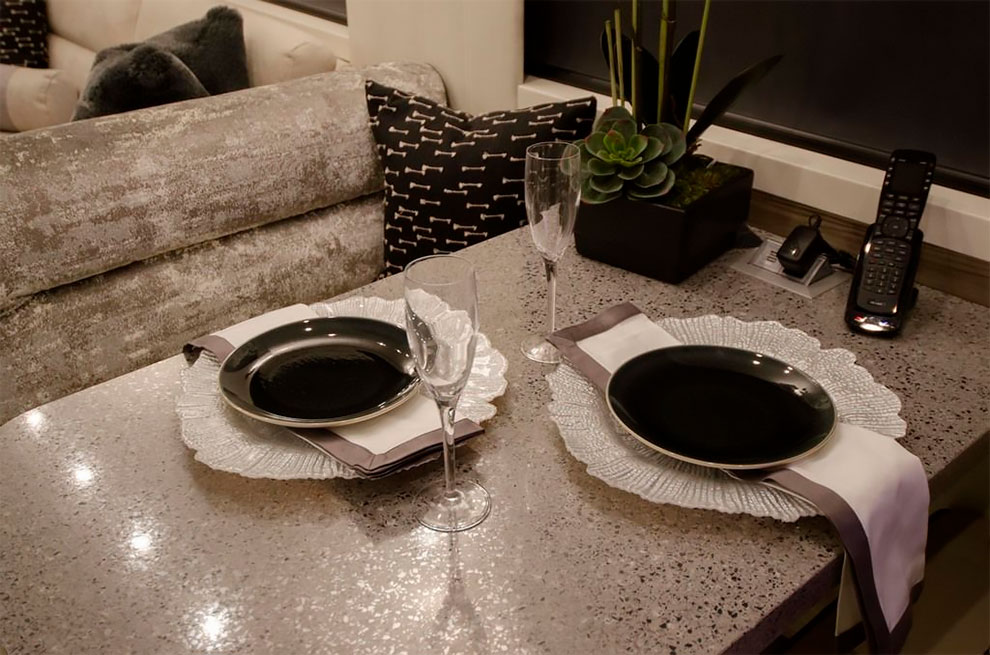 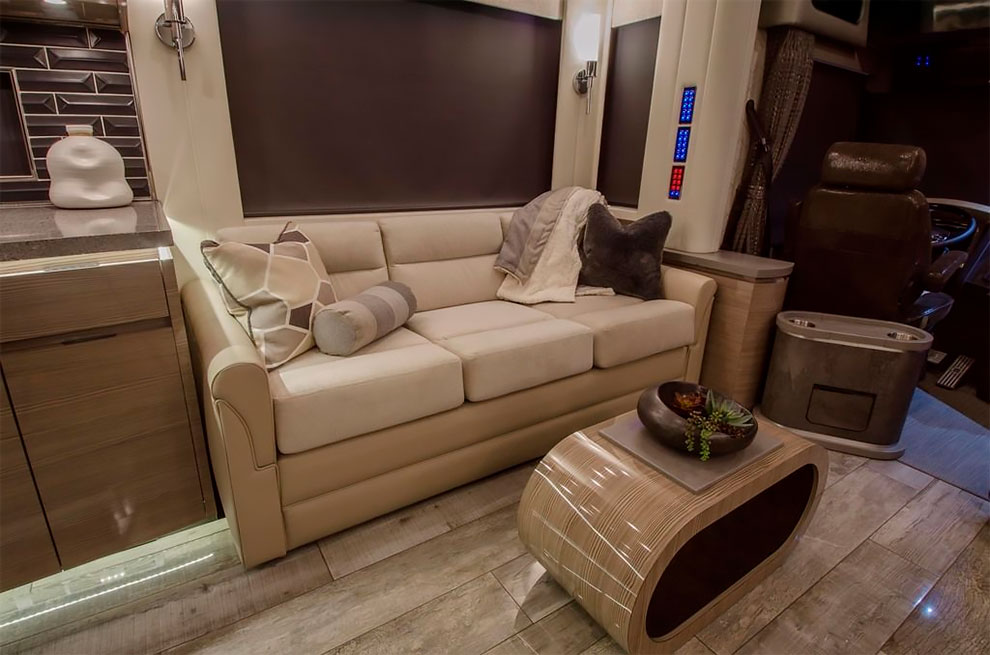 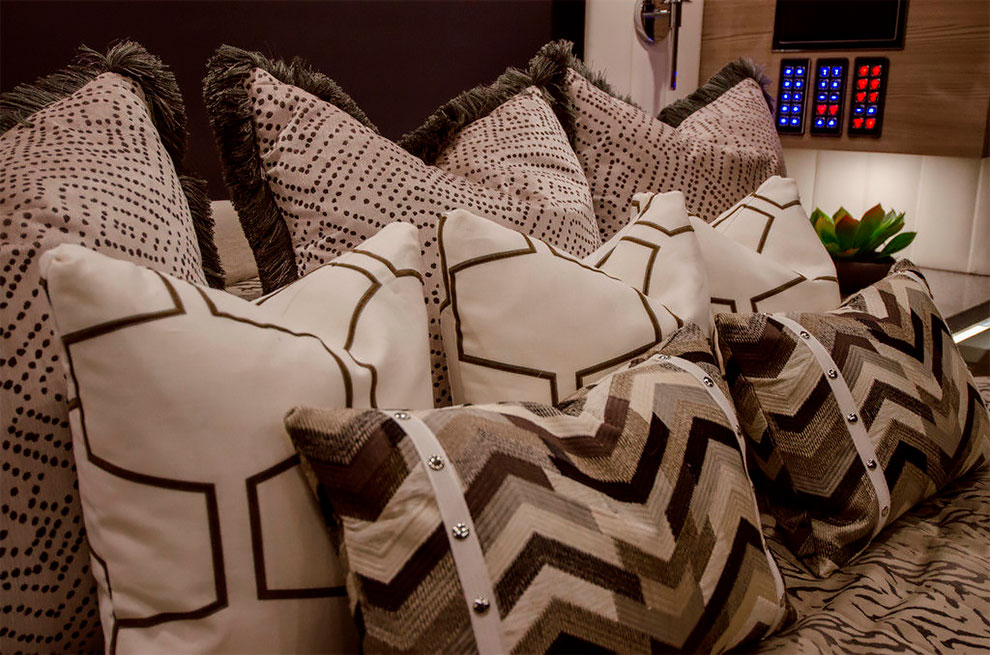 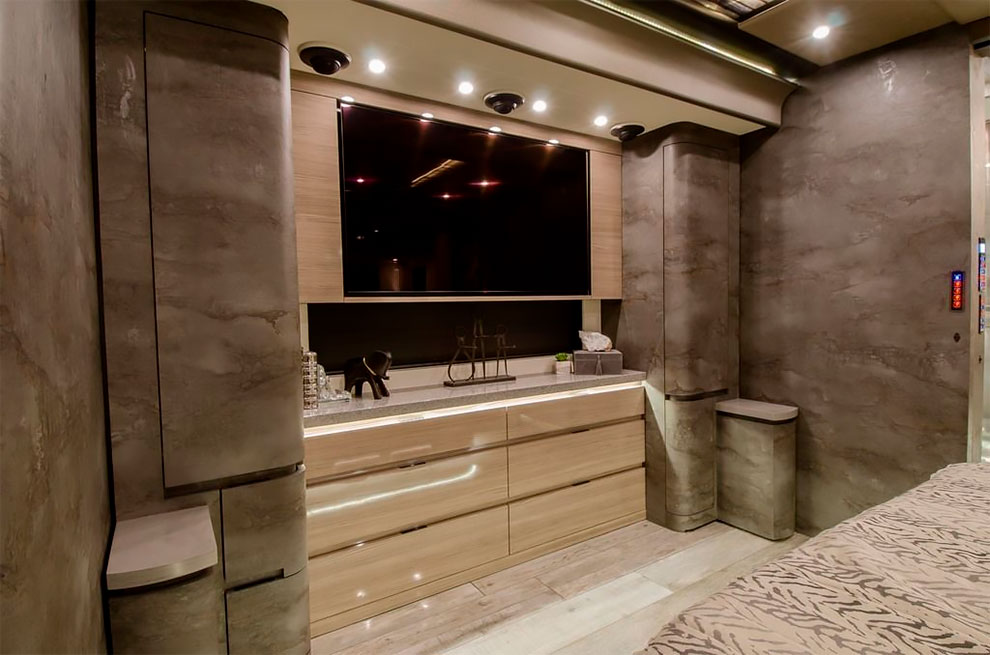 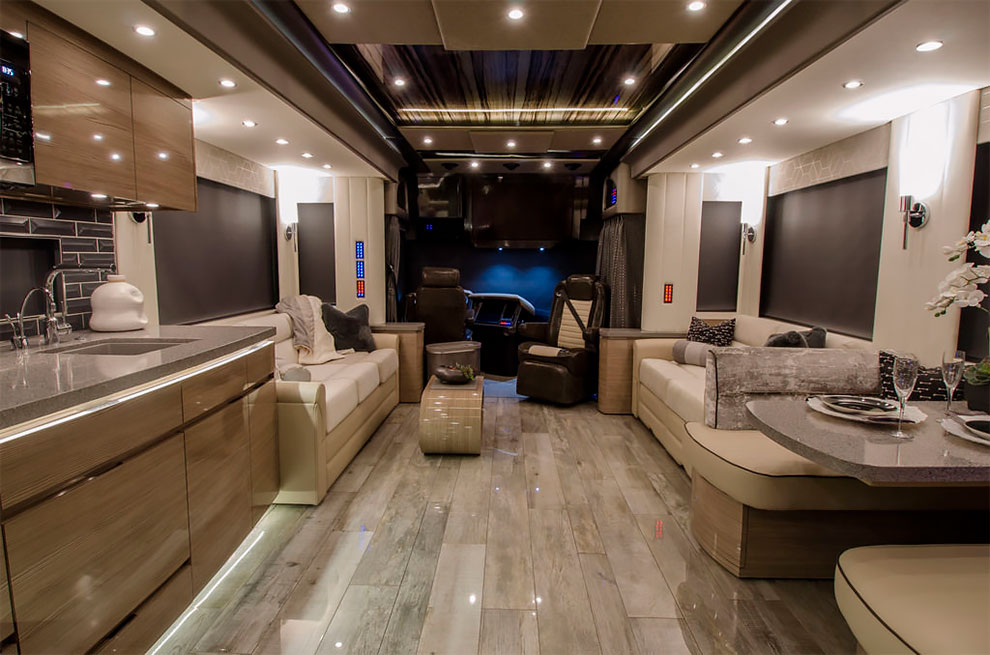 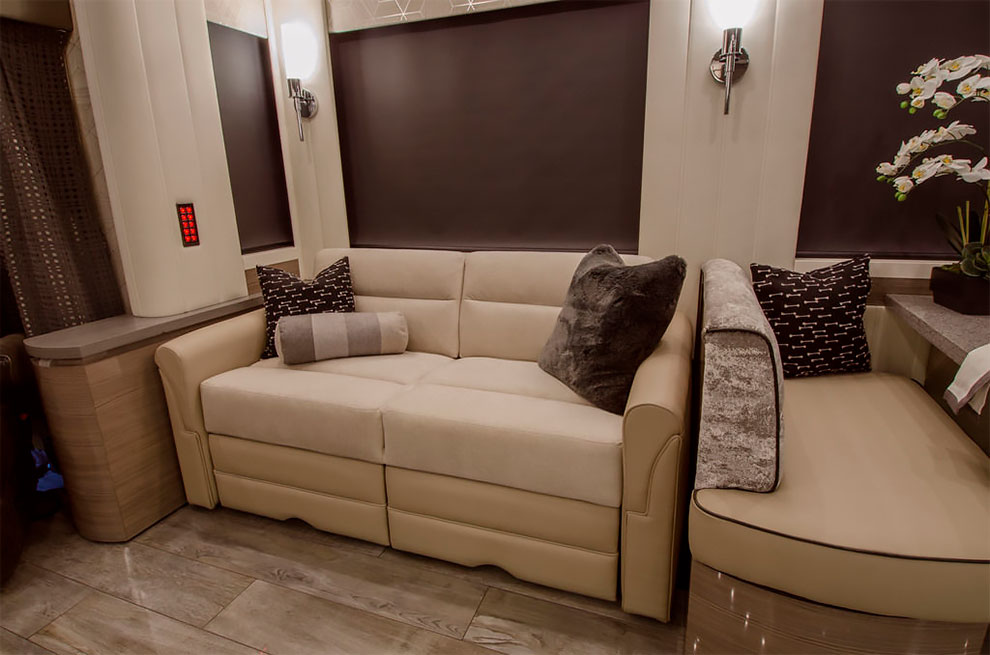 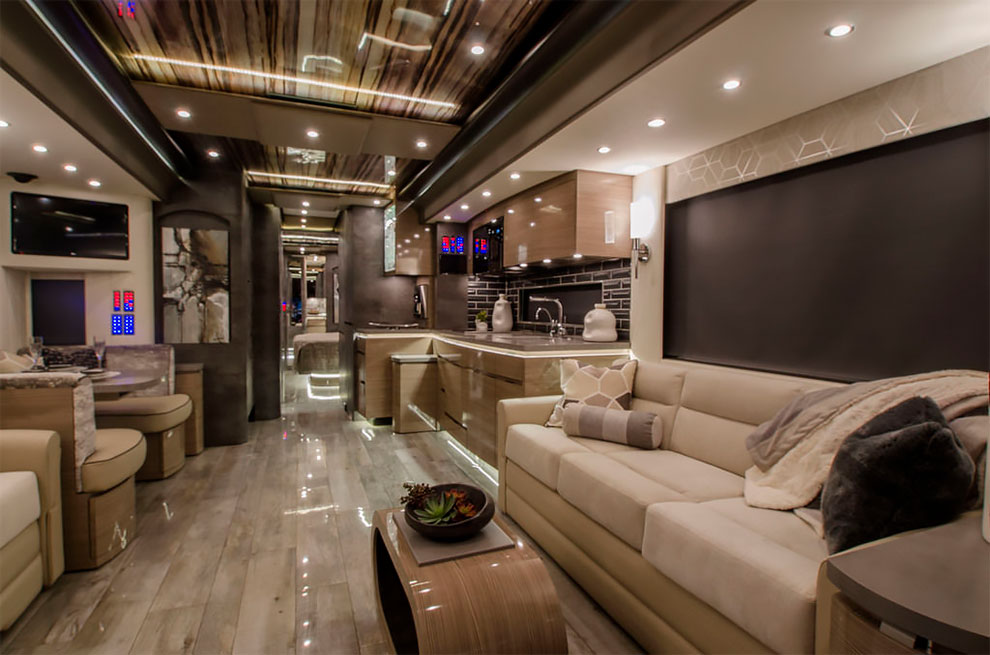 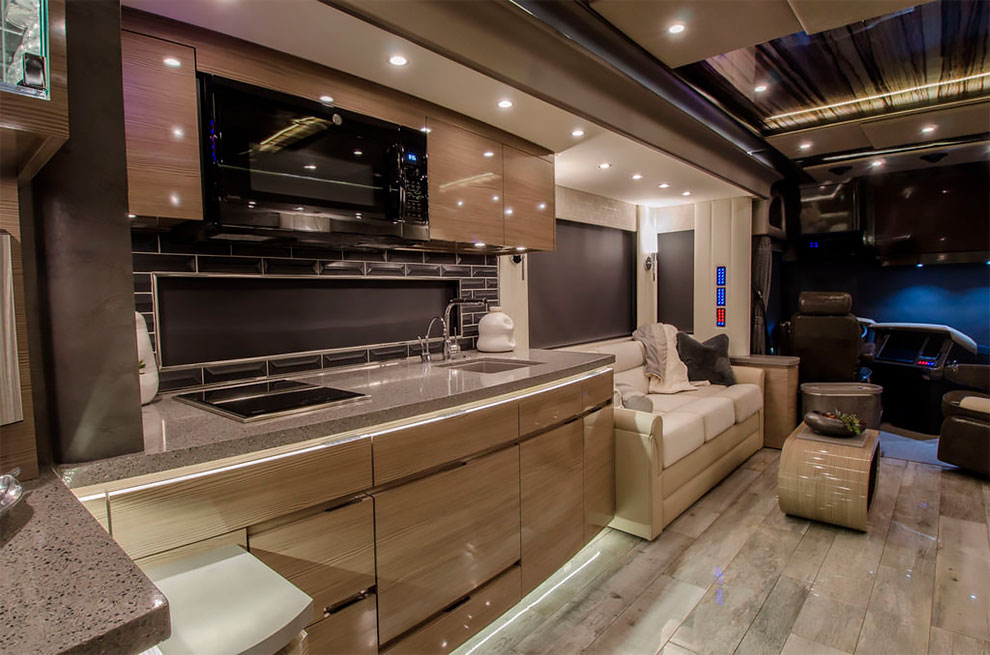 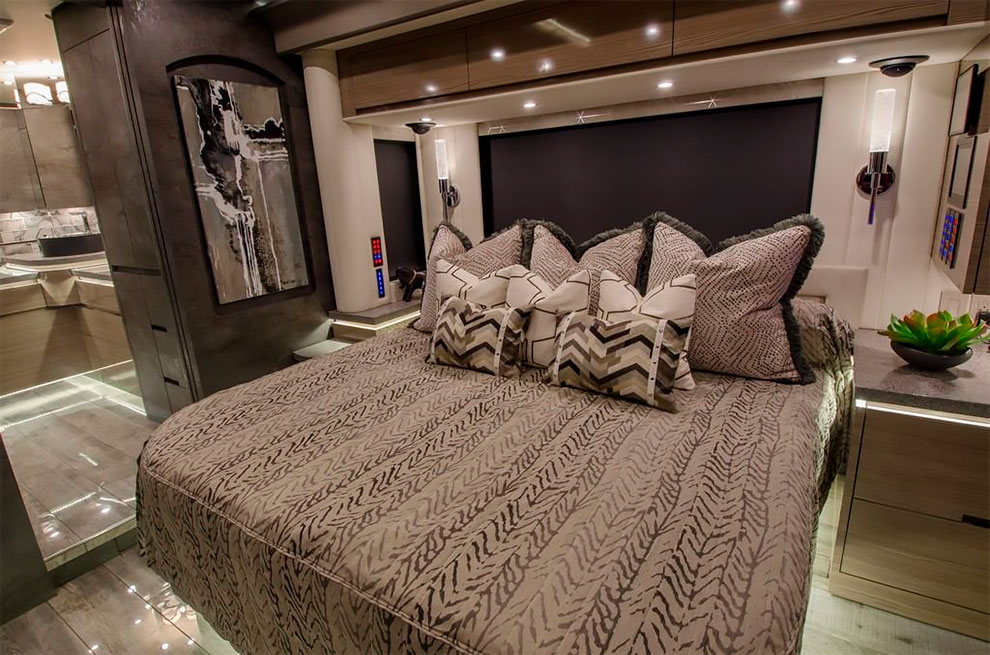 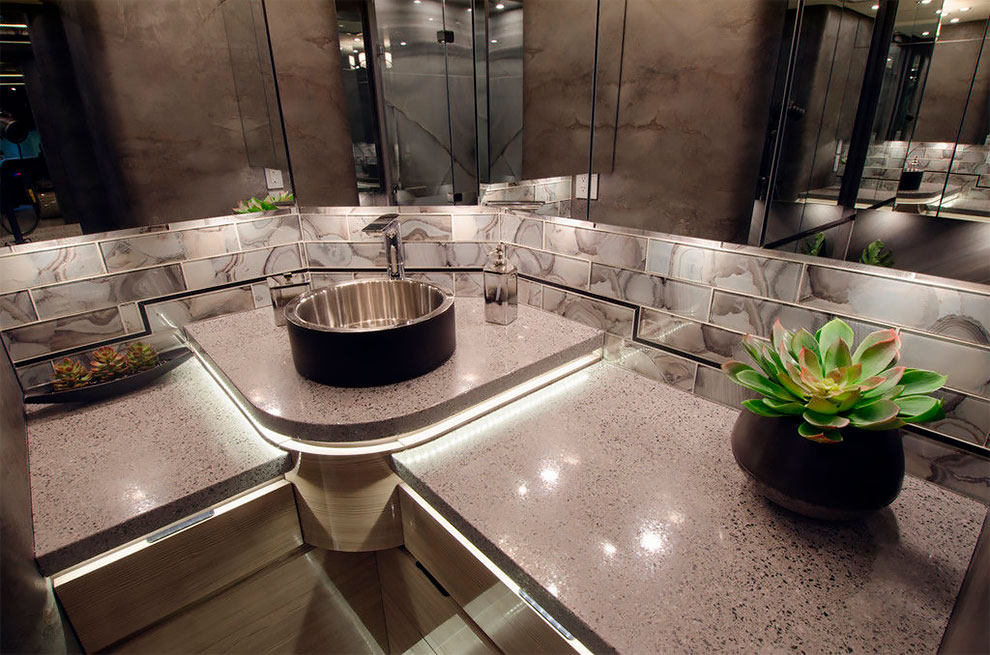 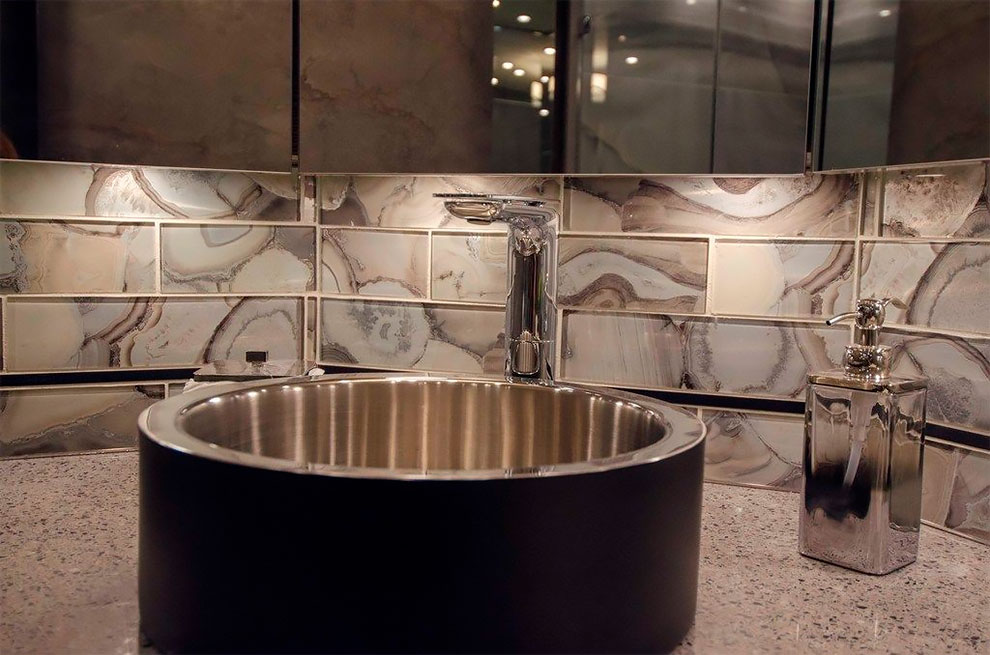 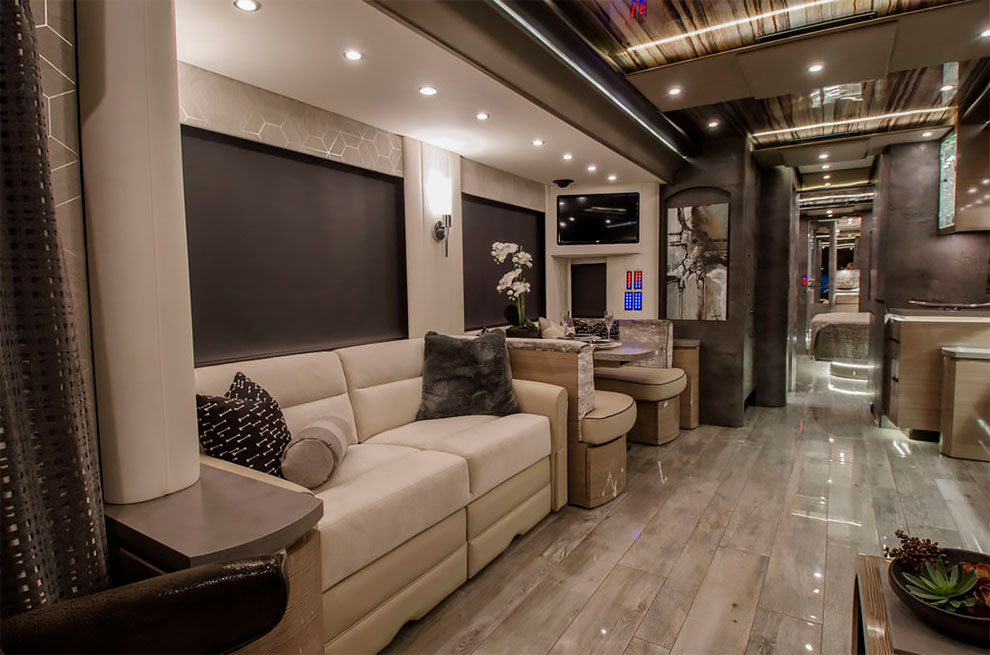 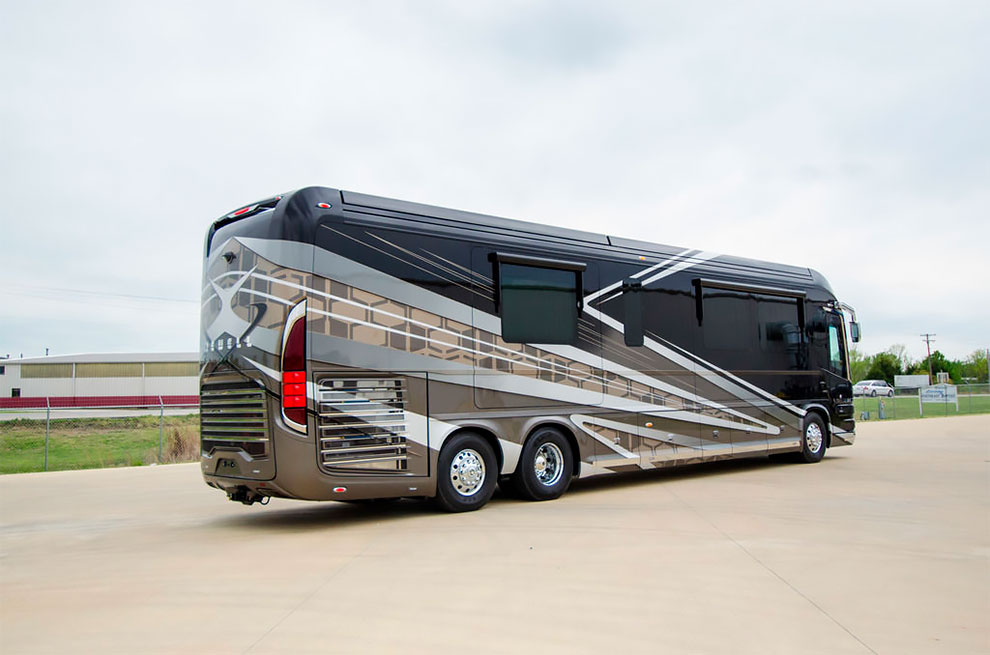 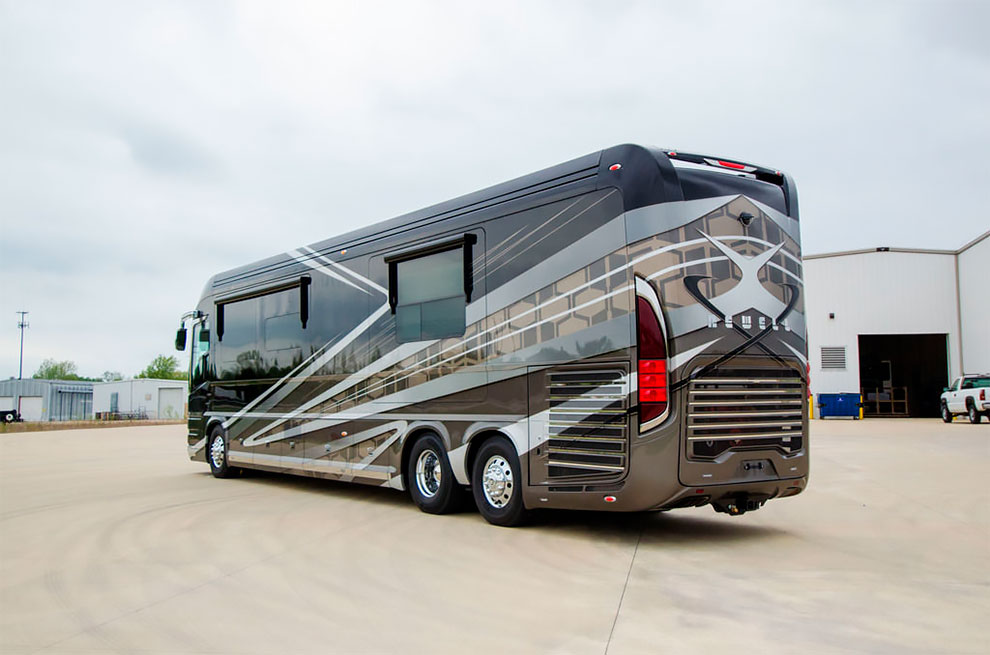 Amazing Photos Of 1949 Delahaye 175 S Saoutchik Roadster, Which Was Owned By English Blonde Bombshell Diana Dors
Google Tests Balloons to Beam Internet from Near Space
Breathtaking Photos Of Isolated Tribes From All Around The World
Japanese Harry Potter Flies Around The World's Most Iconic Landmarks On A Broomstick
Chinese Men Build Homemade Airbus A320 Passenger Jet
There's a Gaming Pc Hidden Inside This Incredible Gaming Den Diorama
The Gepetto of Prosthetic Limbs: These Early Prostheses Made by James Gillingham From 1900 Were Decades Ahead of Time
This Japanese Machine Gun Camera Was Used In World War II
Meet "Mechdaddy 2018", The Ultimate Daddy-Daughter Mechwarrior Costume
3D Printing Fashion: How I 3D-Printed Clothes at Home
Dutch Engineering Student Created Incredible Exoskeletal Mechanical Dinosaur Costume
Amazing Wooden VW Beetle Made By Bosnian Pensioner
iPhone Alarm Dock
Walter Pichler’s Futuristic Visions from the '60s
Unique. Electric. Aesthetic. Minimalistic. An American Company Has Created a Very Beautiful Retro-Style Electric Car
Captivating Photographs of the Luxury and Futuristic 1930 Henderson KJ Streamline
The Kollie - Cybernetic Organism
This Greek Man Living in Malta Has Been Posting Photos of His Forehead on Instagram for Six Years
The Japanese Supercar That Almost Was - The Dome Zero
This Epic Elysium RV Comes With A Hot Tub And Helicopter You Can Land On The Roof
Kieran Murray Brilliantly Photoshops Toy Godzilla In His Photos, Again!
Inside Opower's Arlington Office: A robot, a Scooter and Many, Many Couches
Incredible Technologies From The Past That Just Look Odd Today
An Abstracted Lamborghini Is The Basis For The Bizarre-Looking Lo Res Car From United Nude
luxury, porsche, RV, travel