Back In 1980, Citröen Had A Somewhat Amusing Idea Of The Future 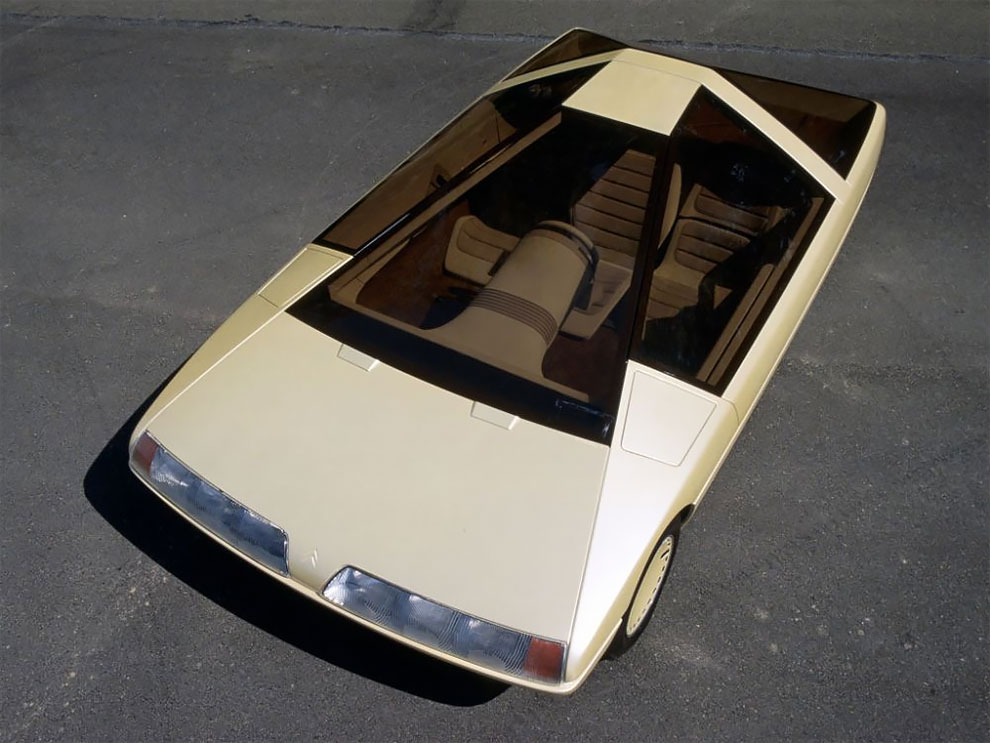 The French manufacturer Citroën knew a lot to surprise with its incredible design. This is not just about new cars, but cars that in the past have been of great interest to the automotive community. Namely, in 1980, the company introduced an incredible model called Karin. Citroën Karin was a concept car presented at the Paris Motor Show in 1980. 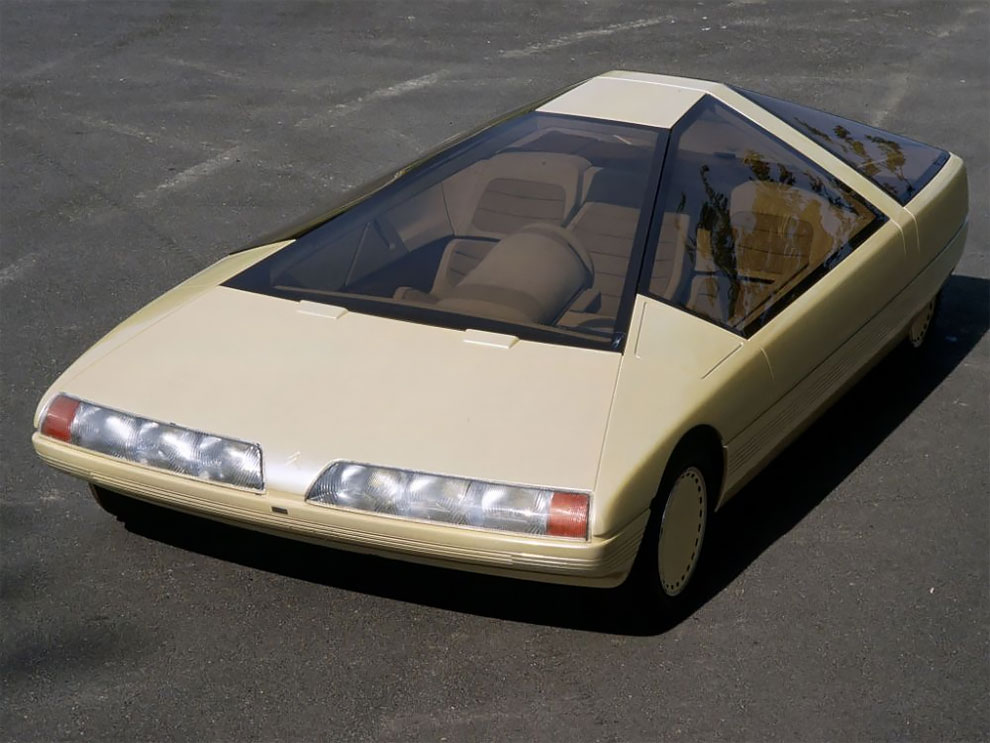 The car featured a striking, pyramidal design and was designed by Trevor Fiore. The exterior of the car incorporated flush glass panels, faired rear wheels, and butterfly doors. The roof of the Karin was only the size of an A3 sheet of paper due to its truncated pyramid shape. One of the Karin’s most noticeable interior features was the unique three-seat layout with the driver located in the middle of the two passengers. Also among its features were a 4-cylinder engine, front wheel drive, and a hydropneumatic suspension like the Citroën DS. 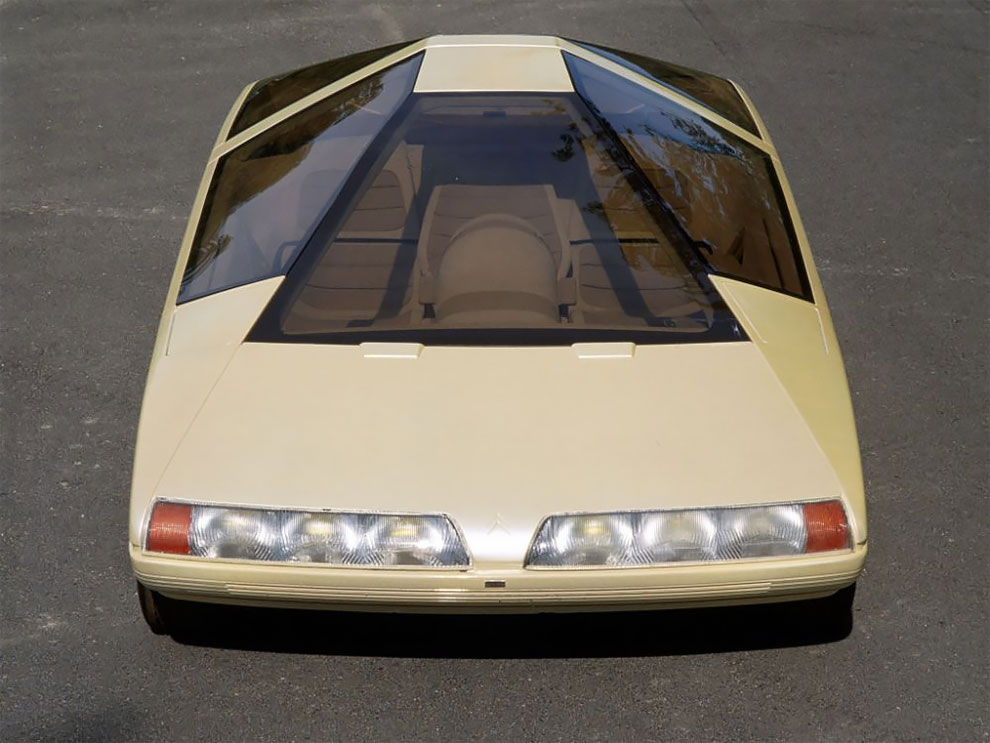 Trevor Fiore, Citroën’s design chief during this period, was a curious chap. Born in England as Trevor Frost, he soon took on his mother’s name in order to add a little Italian credibility to his work. Perhaps it worked, because he became Robert Opron’s successor at Citroën in 1980, but not before penning designs for several carmakers under the flag of his own consultancy in previous decades. 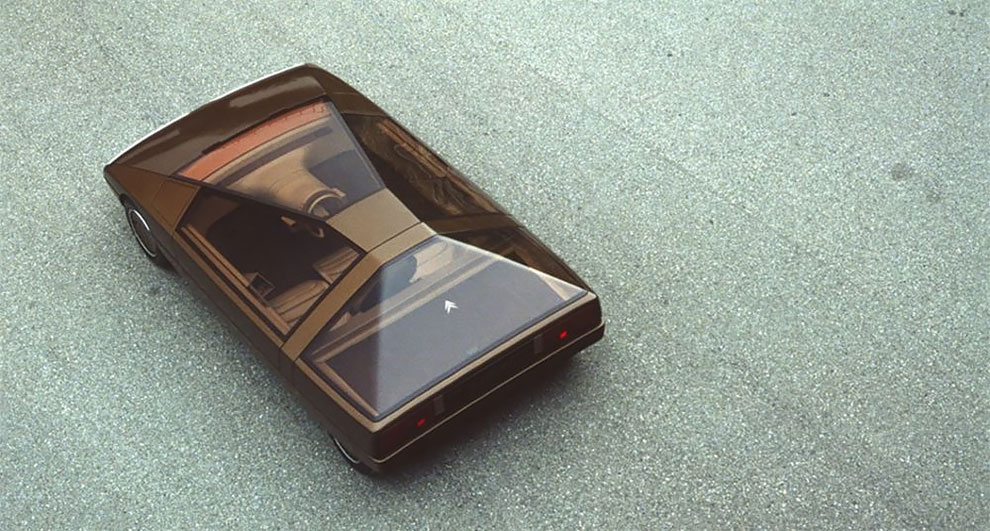 Shortly after his arrival, a deadline was looming large for Fiore and his team: the 1980 Paris Motor Show. No new production models were in the pipeline, but he was intent on giving the French public something to ‘ooh-la-la’ over on the marque’s home turf. The resulting Karin was an instant hit: there might have been a hint of a wedge-profile hangover, but few had seen a truncated pyramid-on-wheels before. Despite the radical profile, Fiore managed to incorporate some marque references – but these were limited to SM-style headlights and a few double chevrons. In truth, though, such a concept could only have been given the green light at Citroën. 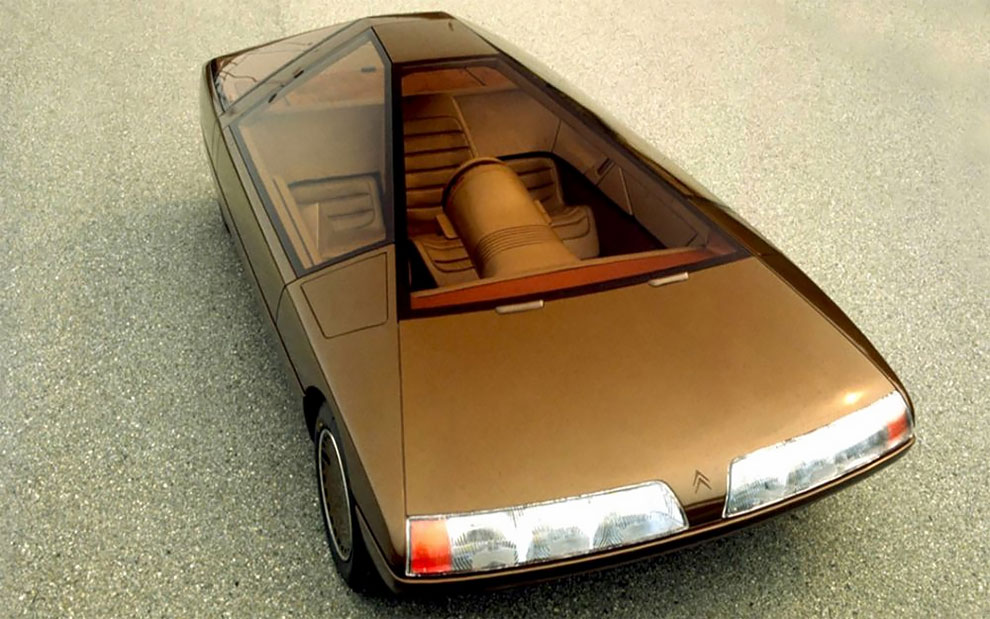 Inside, the car embraced the revolution of information overload that was to come: a specific button was assigned to every function imaginable, and one information screen was not enough – more monitors would reveal themselves from their flush position in the doorcards. But perhaps most interestingly, Fiore specified a central driving position, with a passenger seat on either side for a wife and a mistress. He had obviously been quick to add a bit of French culture to that Anglo-Italian heritage of his. 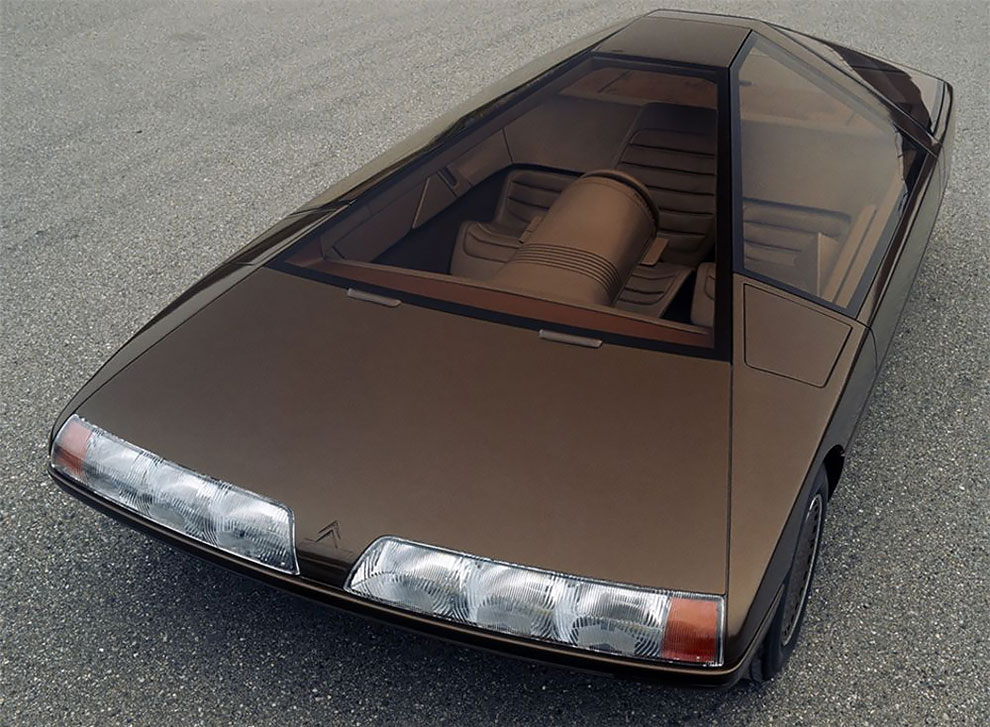 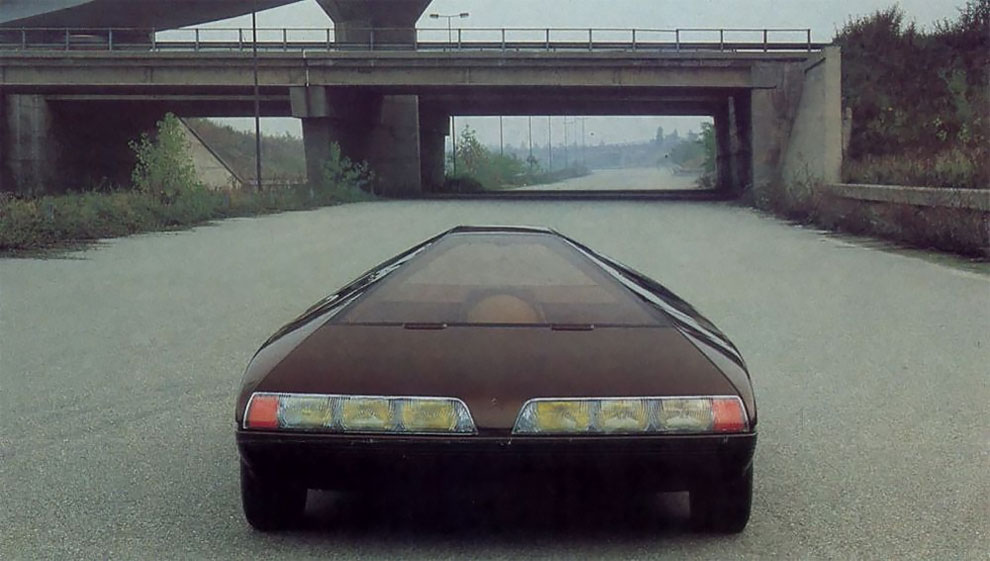 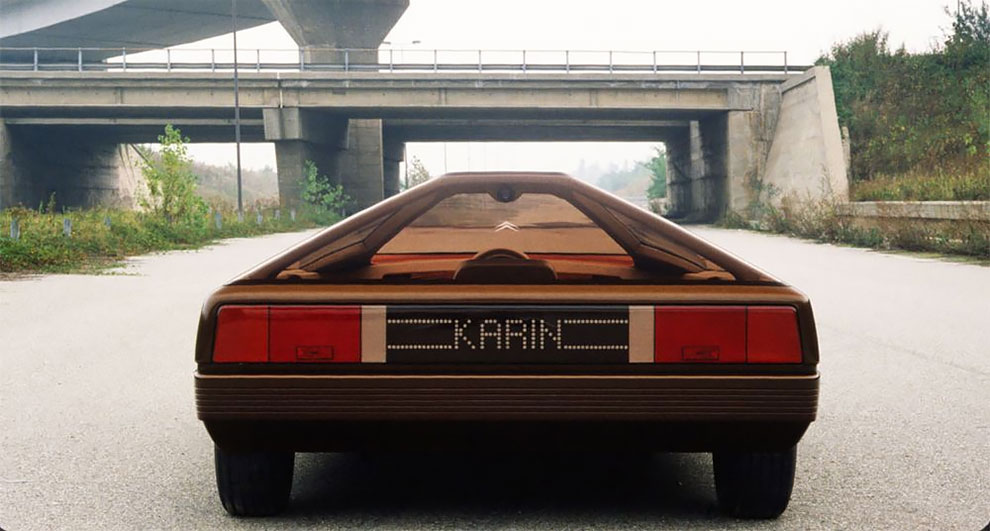 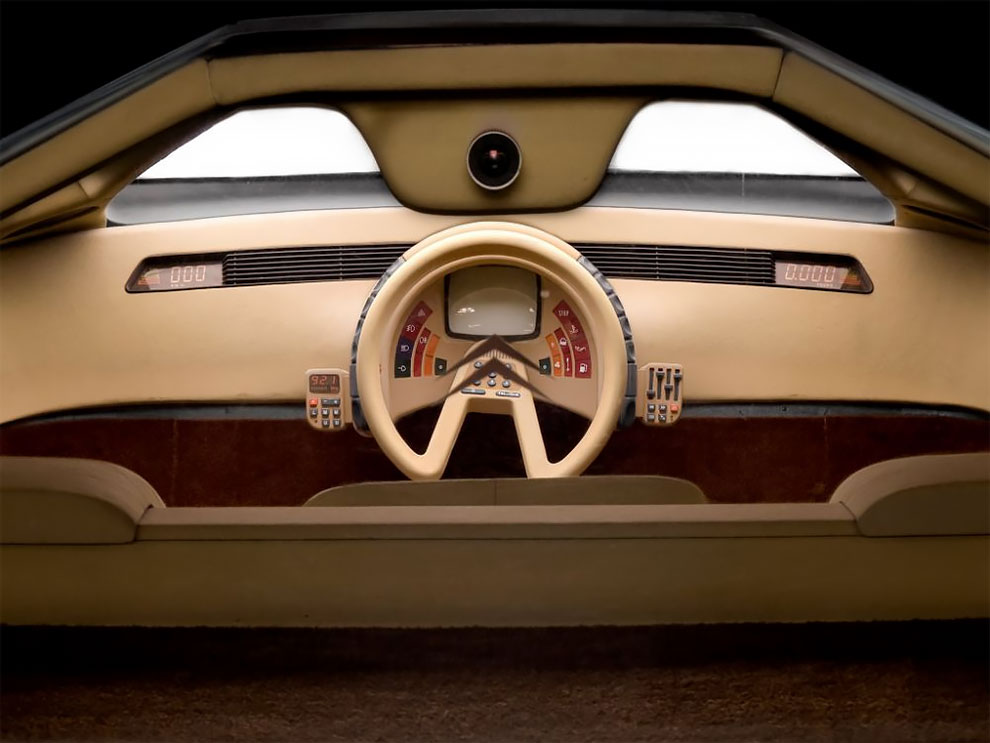 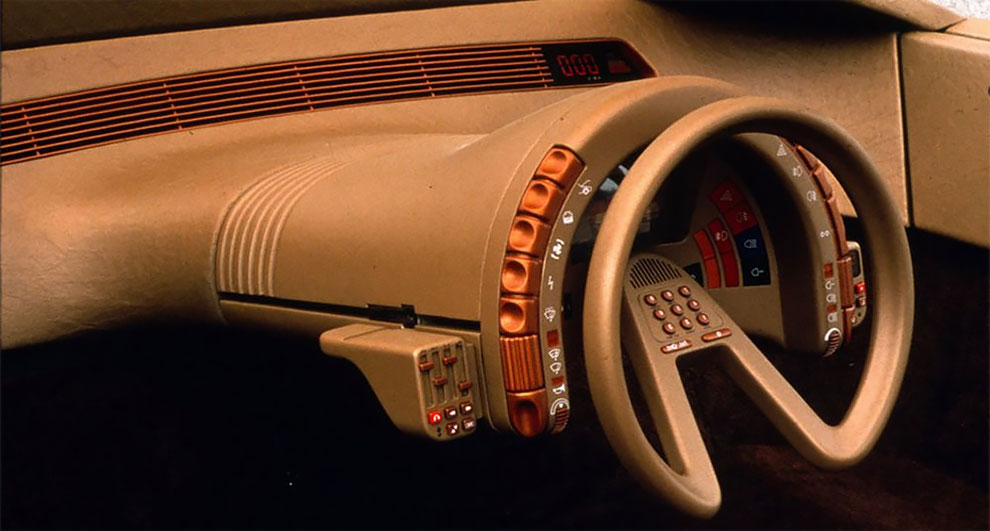 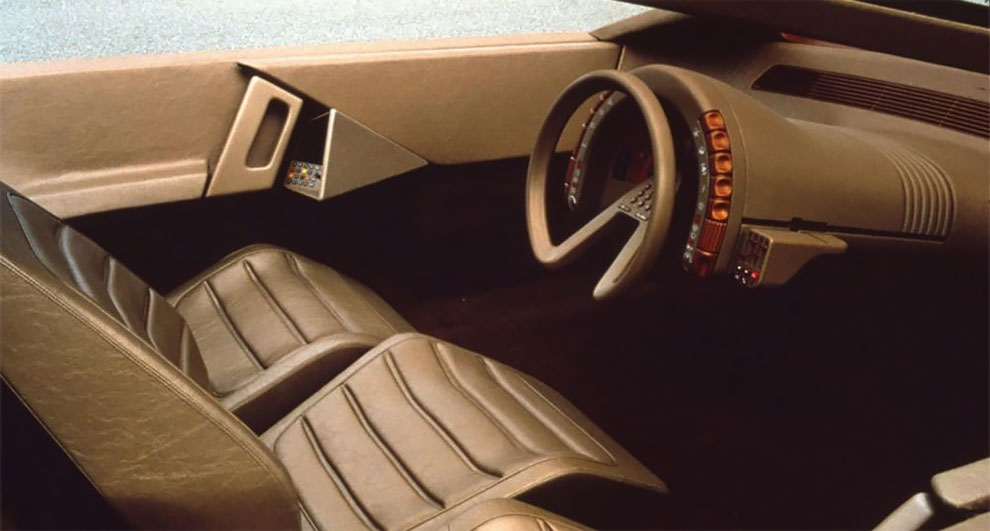 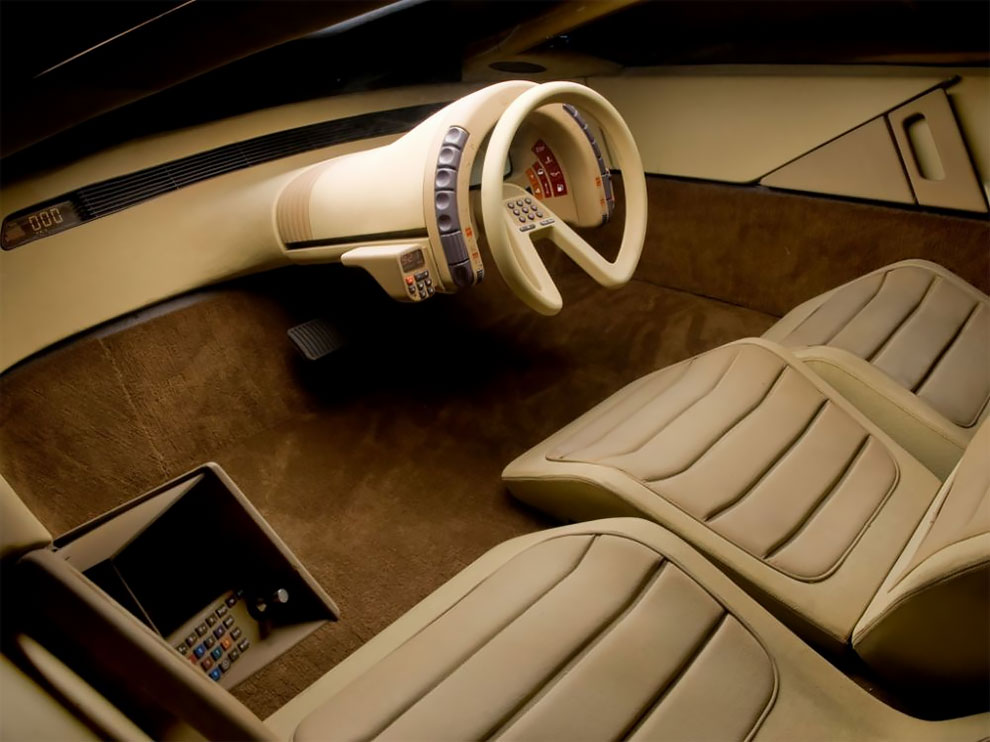 These Beautiful 16th Century Watercolors Illustrate the History of Comets And Meteors
Portraits of Lovely Ladies Featured on the Covers of Radio Control Modeler Magazines From the 1970s and 1980s
Winter Is Coming, So Please Enjoy This Insane 1980s Book Of Knitted Sweaters
Snowfall Makes Cars Happy: Someone Drew Eyes And Smiles On The Snow That Fell On The Cars
Stunning Photos Show Mercedes-Benz 190 SL's Assembly Line In February 1958
11 Stunning Colorized Photos Showing The Street Life Of Victorian London From Over 140 Years Ago
Supercool Pics Of Bugatti Cars In The 1920s And 1930s
Amazing dynamic projects by Aaron Koblin
In Between Times: Lyrical And Nostalgic Atmosphere Of The Soviet Ural Region In Beautiful Black And White Photographs Of Ivan Galert
Long Before Digitalization And Smartphones, Cool Snaps Show Ladies Posing With Their Cameras In The Past
Wonderful Vintage Photos Of Female Students At Smith College, Northampton, Massachusetts In 1948
Disabled Children's Superhero Dreams Come True
Robot Crocodile "Longlong" in Philippines
Head Back To The 80s With Chris Mcveigh's LEGO Retro Desk Kits
Amazing Black and White Photographs Capture Everyday Life in France During the Mid-20th Century
How Does The City Look With Self Driving Cars? The Smiling Car Shows You The Answer
Closer Than We Think: 40 Visions Of The Future World According To Arthur Radebaugh
“Auto Polo”: The Ridiculously Dangerous Auto Sport Of The Early 1900s
Extraordinary Aerial Photographs of London From the 1920s Taken by Alfred G Buckham
Cool Photos Show What Bedrooms of Teenagers Looked Like in the 1980s
Stunning Pictures Show What Traffic Jams Looked Like In The Past
Unseen Titanic: First Ever Complete Views of the Wreck
College Seniors Invent AI Helmet To Help The Visually Impaired See
"Face Values": The Surreal and Disturbing Collage Portraits of John Stezaker
1980s, cars, citroen, karin, retro