At some point, we’ve all wondered about the incredibly strange names for paint colors. Research scientist and neural network goofball Janelle Shane took the wondering a step further. Shane decided to train a neural network to generate new paint colors, complete with appropriate names. The results are possibly the greatest work of artificial intelligence I’ve seen to date.

By the first checkpoint, the neural network has learned to produce valid RGB values – these are colors, all right, and you could technically paint your walls with them. It’s a little farther behind the curve on the names, although it does seem to be attempting a combination of the colors brown, blue, and gray.

By the second checkpoint, the neural network can properly spell green and gray. It doesn’t seem to actually know what color they are, however.

Let’s check in with what the more-creative setting is producing.

Later in the training process, the neural network is about as well-trained as it’s going to be (perhaps with different parameters, it could have done a bit better – a lot of neural network training involves choosing the right training parameters). By this point, it’s able to figure out some of the basic colors, like white, red, and grey: 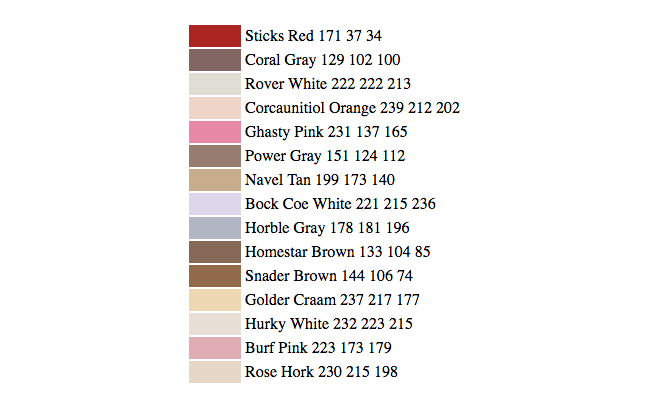 In fact, looking at the neural network’s output as a whole, it is evident that: 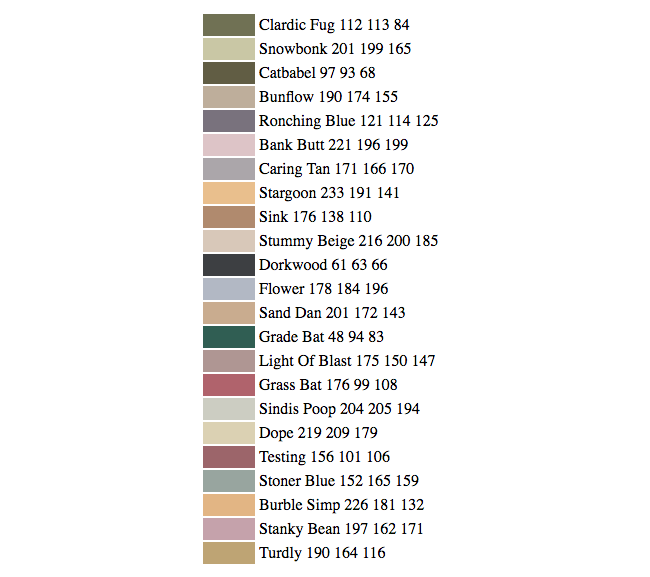