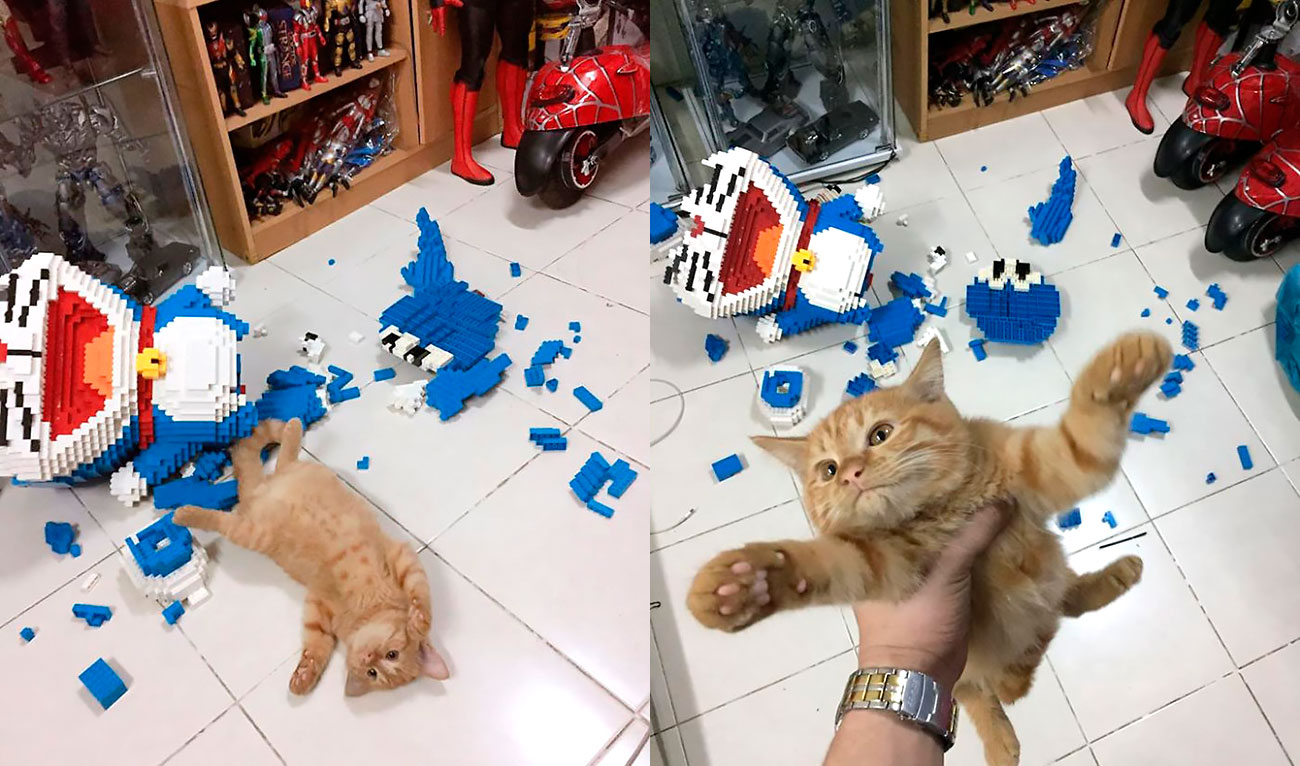 If there’s something cats are good at, it’s being cute. That, and knocking things over. One Thai toy store worker recently got to experience it first hand after his cat knocked over a 2,432-piece Doraemon figure he had spent the past week building. And if you think the cat was at least a little bit sorry for what it did, it was not – it was completely unfazed. 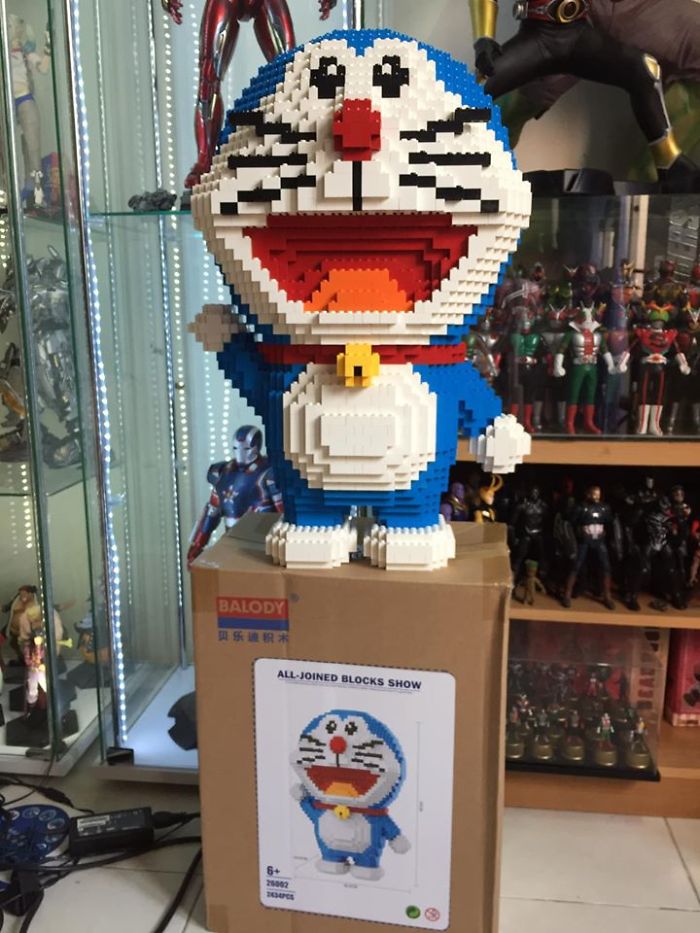 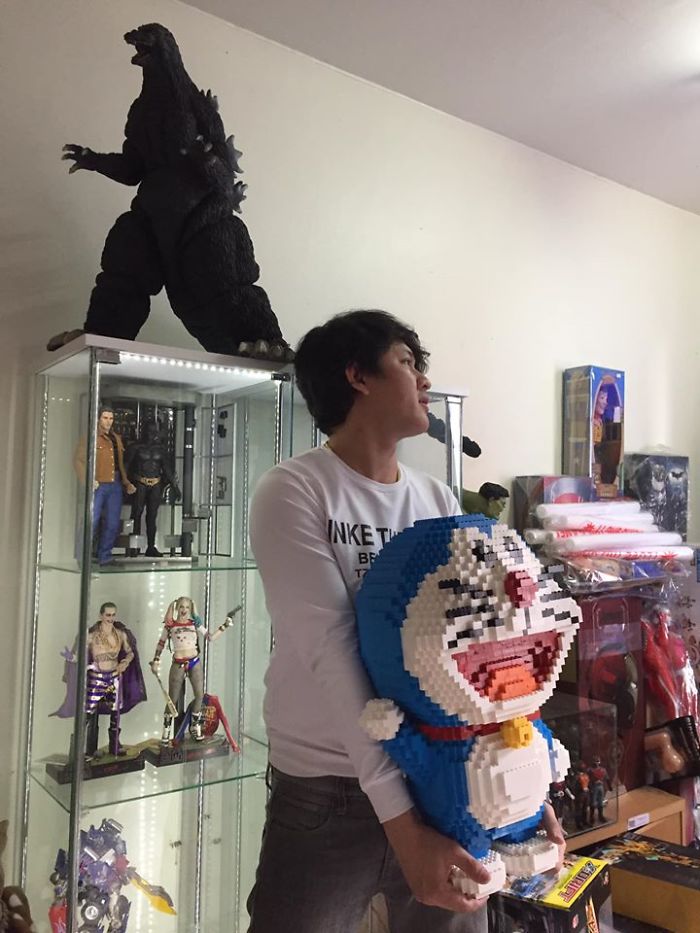 Only to have it wrecked by his cat 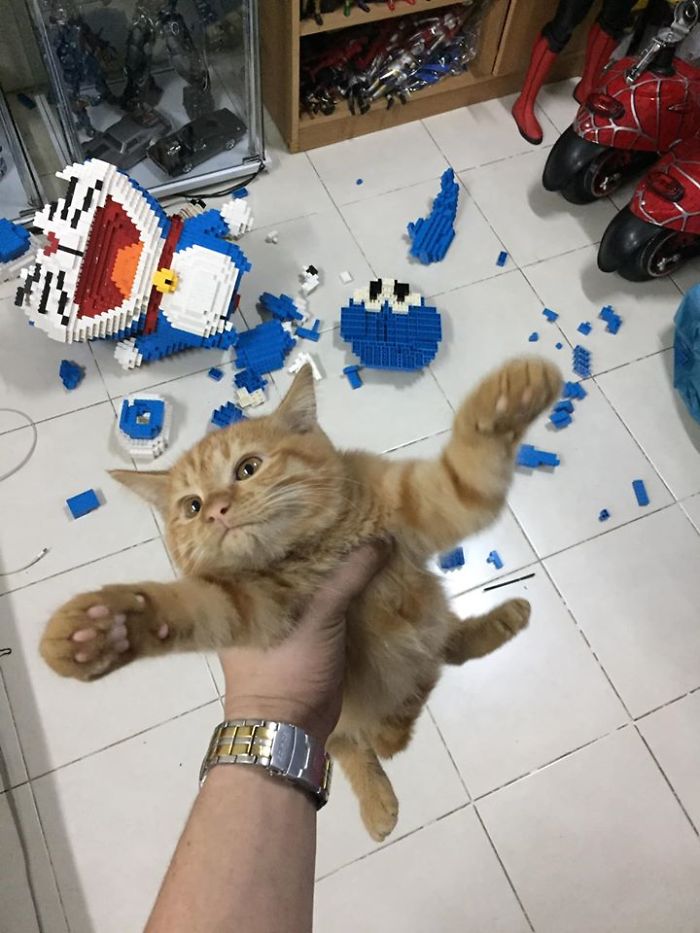 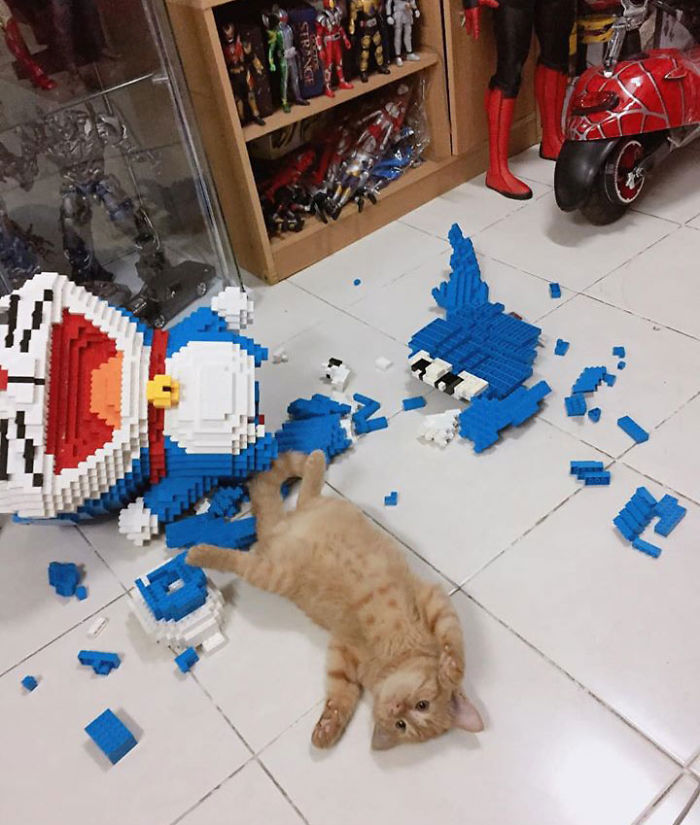 If you’re curious about what on earth a Doraemon is, it’s a cat robot from a popular Japanese manga series from 1969 illustrated and written by Fujiko Fuijo (a pen name of artists Hiroshi Fujimoto and Motoo Abiko). The plot revolves around the robot cat being sent back in time from the 22nd century to help out a bullied boy named Nobita Nobi. Since 1979, Japan has an annual tradition of releasing a new Doraemon movie every March, so if you’re thinking about checking out this manga, you’ve got a lot of catching up to do.

What Australia Looks Like In The Winter
Rare Albino Hedgehogs Babies in a Private Zoo in Moscow
2022 Dog Shaming Calendar Is Here!
How To Be A Cat For Dummies
Mimi The Cat Cruises With Wangcai The Dog Over The Streets
The Weird World of Competitive Dog Grooming
“Unusual Looking” Puppy Adopted By Family Who Didn’t Care About Her Scars
January 3 – 10: Animals
#SaveSharks Campaign By Greenpeace
Baby Mammoth Lyuba Goes on Display
December 27 – January 2, 2015: Animals
Unlikely Friendships
The Free Ride - Crow Rides On The Back Of An Eagle
Artist Raises Thousands for Charity with Hilarious Pet Portraits
Check Out The Yorkshire Terrier That Will Give You Dream Hairstyle Goals
Photographer Set Out To Capture The Personalities Of Animals Who Adapt To Their Damaged Or Different Bodies Without Complaint
When Your Cat Meows, And You Meow Back…
Studio Schicketanz Have Designed A Modern Dog House With A Green Roof
Rita Kluge's Distinctive Photos Capture The Humpback Whale Calving Season In The South Pacific
Playful Photos of Polar Bears Frolicking in Flower Fields During Summer
Baby Zoo Animals, Part 1
12 Hilariously Honest Dog Breed Slogans
Olive Ridley Turtle-hatching Season
Animals That Look Like They’re About To Drop The Hottest Albums Ever
Beluga Whales: Play with me!
“Kwita Izina” - The Annual Mountain Gorilla Naming Ceremony In Rwanda
Forget Diamonds - A Lynx Is This Girl's Best Friend: Russian Family Share Their Home With Big Wildcat
Couple Documents How Fast Their Dog Grows In Just 8 Months
Extraordinary Macro Portraits Of Insects By Francesco Bagnato
The Japanese Cat with Over 100 Cosplay Costumes
cat, doraemon