Pedestrians weave their way through traffic. 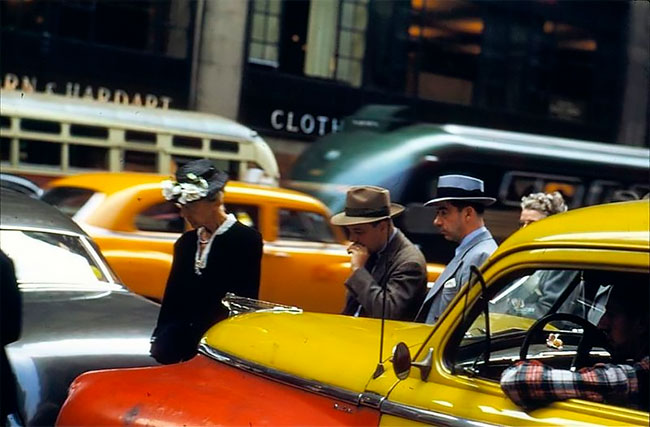 Ernst Haas is considered one of the pioneers of color photography and one of the most influential photographers of the 20th century. Taking up photography after World War II, his early work on the returning prisoners of war caught the attention of LIFE magazine.

Haas later declined their job offer as a staff photographer, deciding that he did not want to be limited by the magazine’s restrictive scope. Instead, in 1949, he joined the international photographic cooperative Magnum Photos at the invitation of another acclaimed photographer, Robert Capa. He began his experiments with Kodachrome color film soon after moving to the United States. In 1953, his groundbreaking 24-page photo essay on New York City in color was published by LIFE.

A homeless man searches through trash cans for something to eat while 3 women behind carrying laden shopping bags. 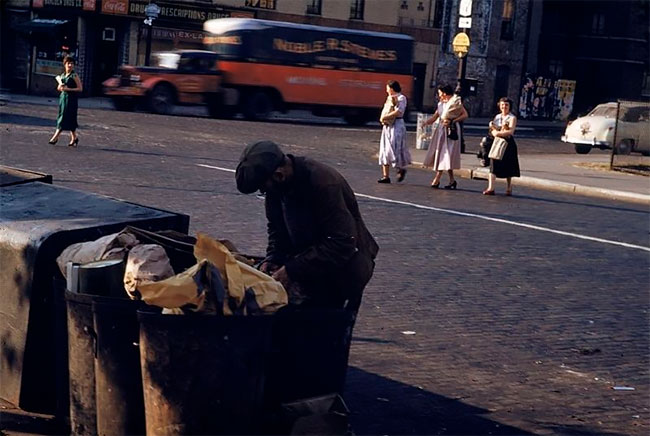 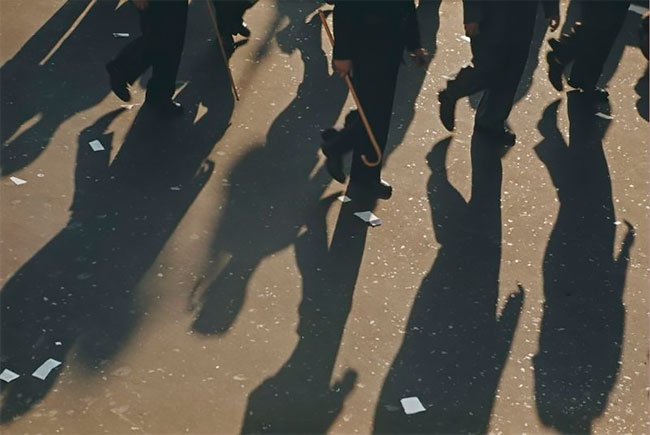 Blurred shot of people and traffic. 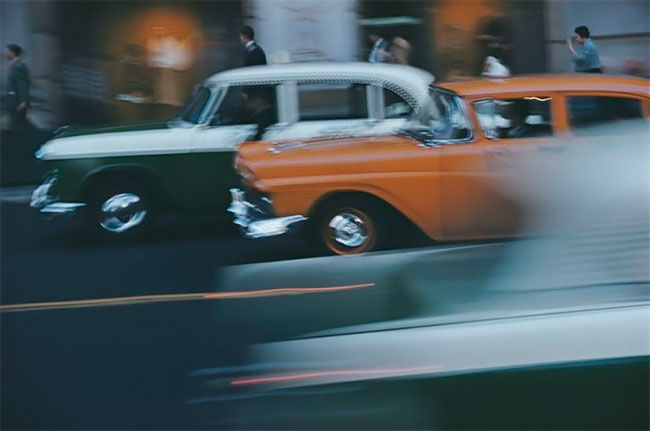 A vendor waits in his car by the paintings he has for sale which are displayed on a sidewalk wall. 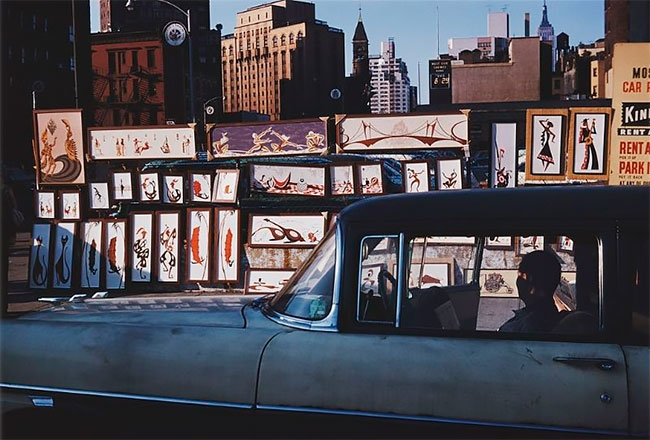 A group of people waiting to cross a busy road. 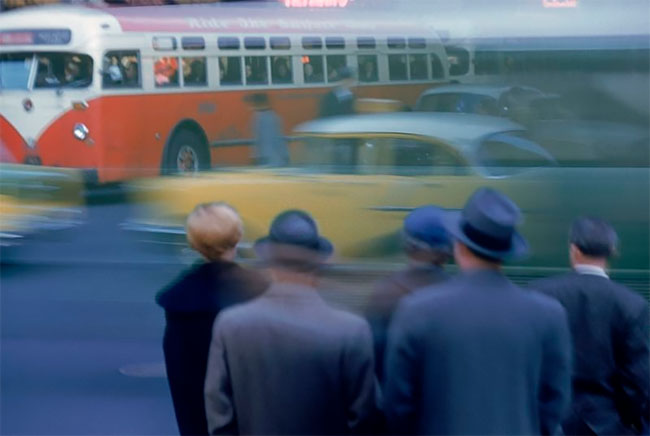 A man reading a book while sitting on a Plymouth. 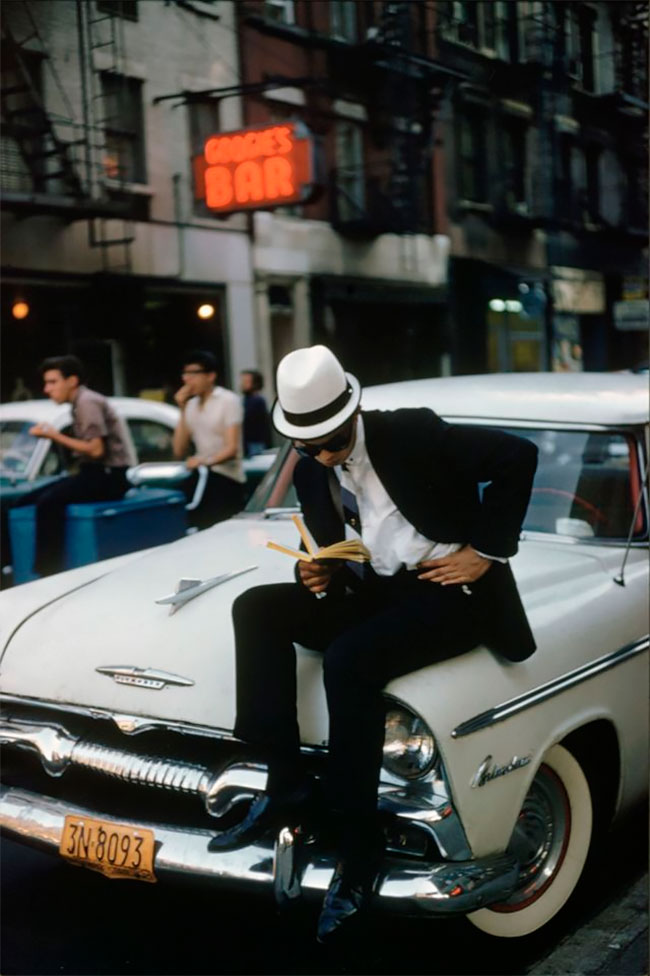 A driver pointing from a car window. 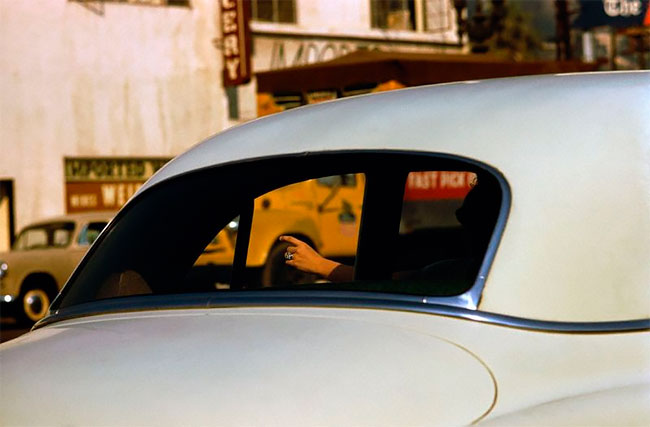 ‘Clothes dealer’ talks to a prospective customer on the pavement. 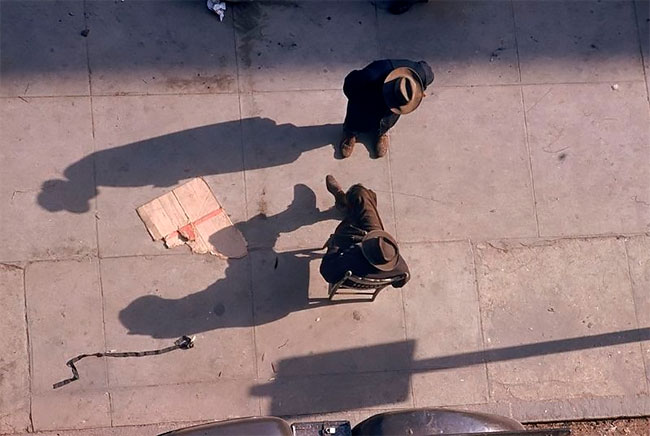 An elderly man dressed all in black crosses over East 38th Street. 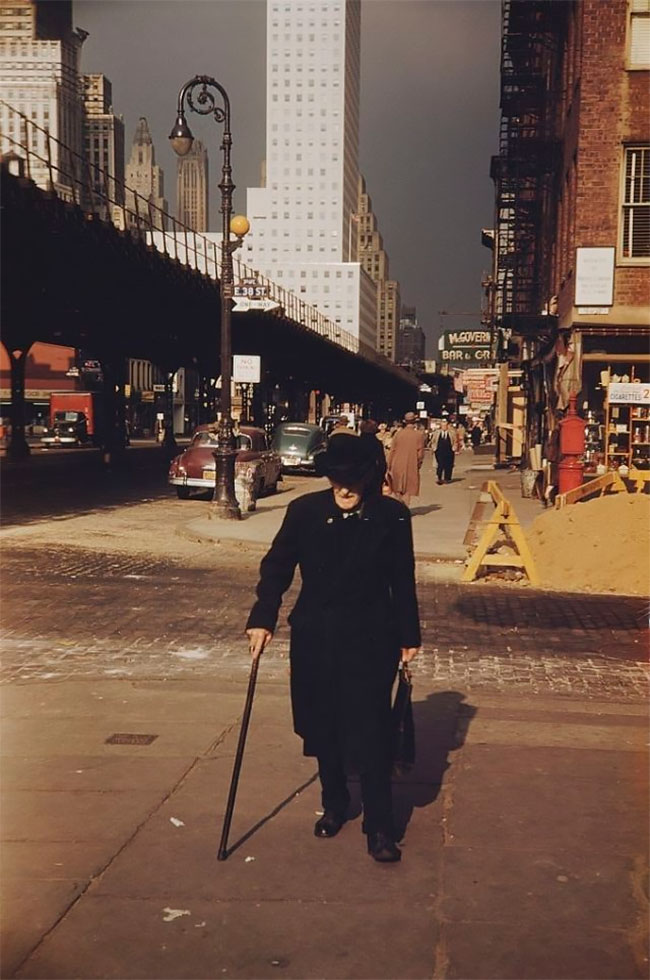 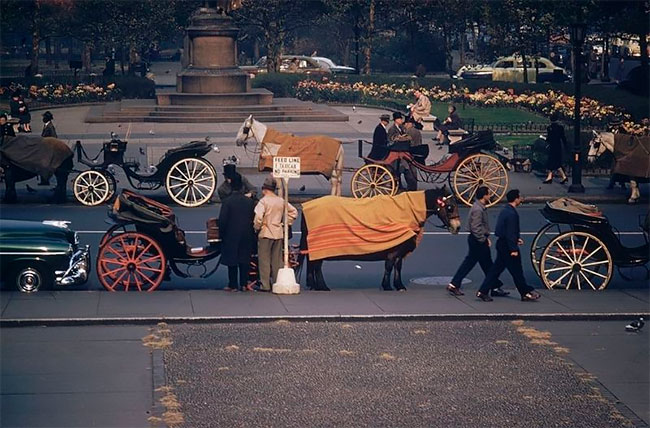 Pedestrians crossing a street full of cars and yellow cabs on a dark, wet day. 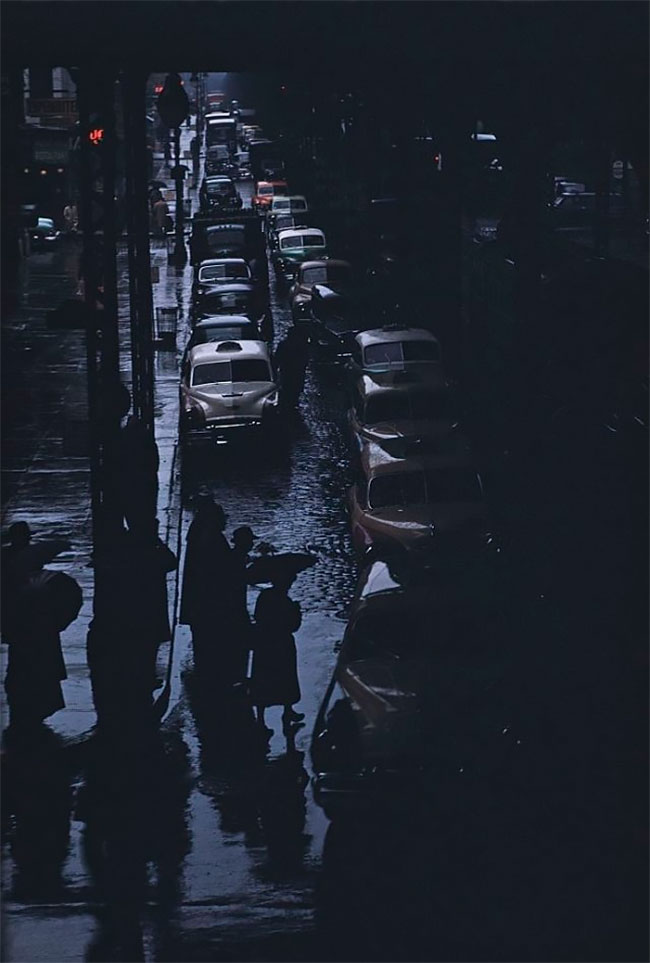 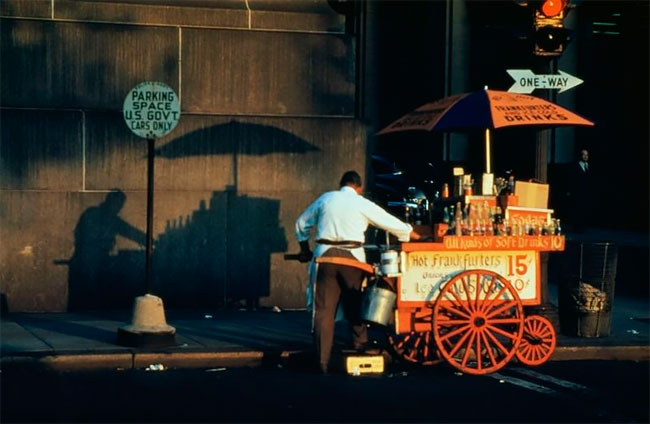 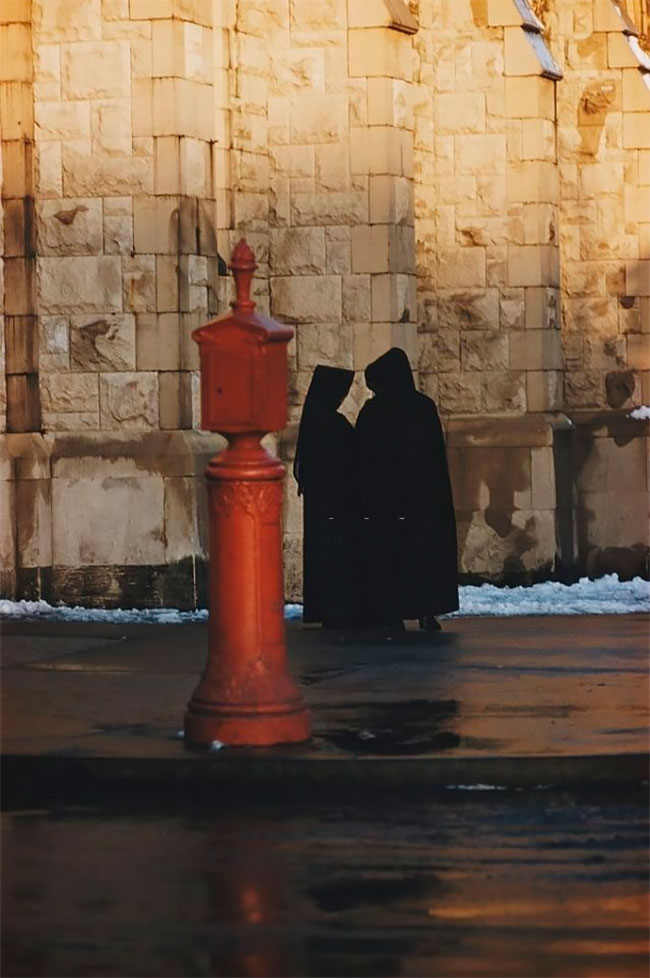 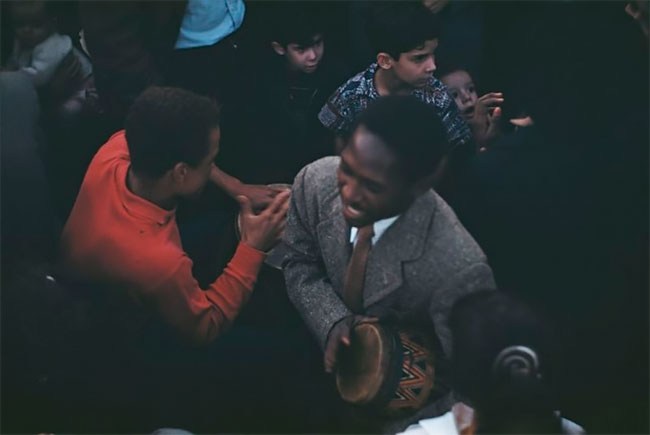 A pair of lovers on the grass in Washington Square Park. 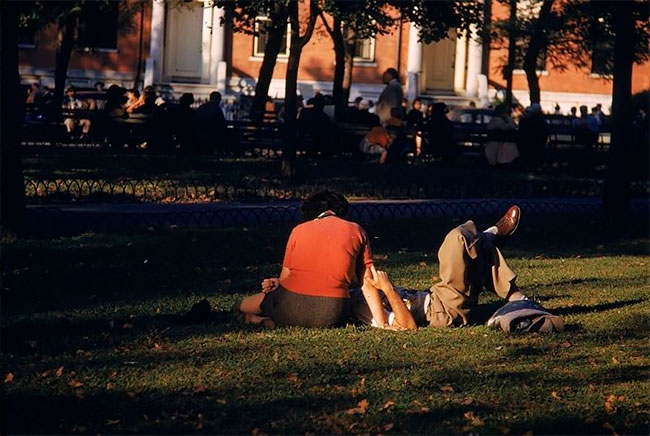 A man selling hot knishes and potato kasha from a barrow. 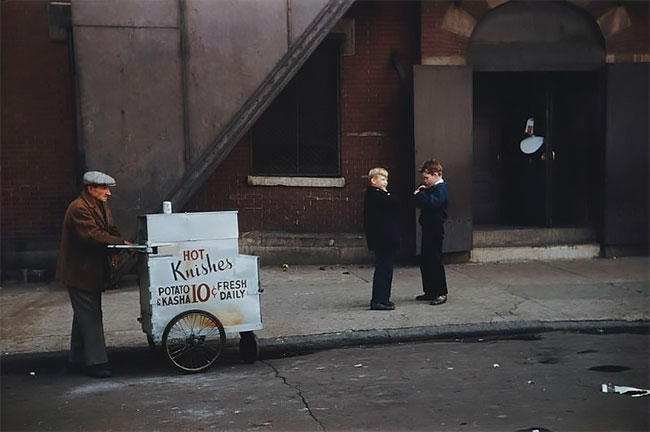 Hat in hand, a man leans against kerbside railings. 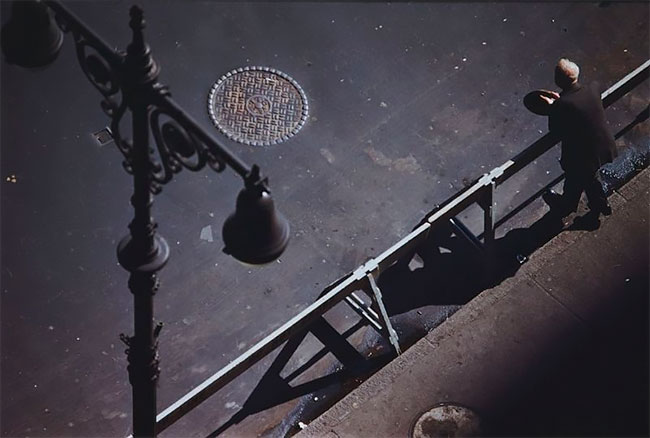 A man resting on bench during a sunny day. 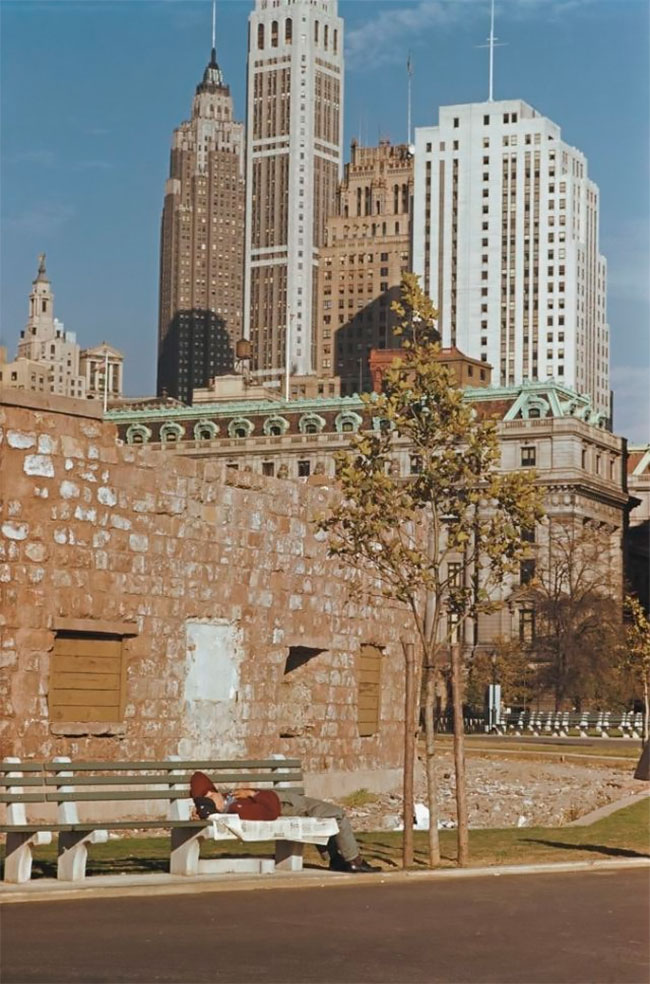 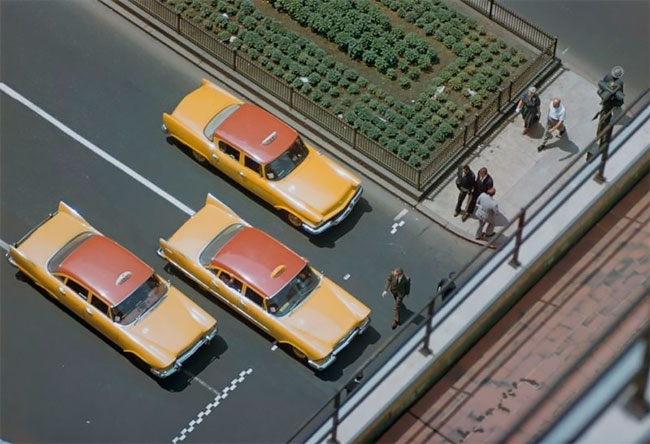 Traffic reflected in the windows of an office building. 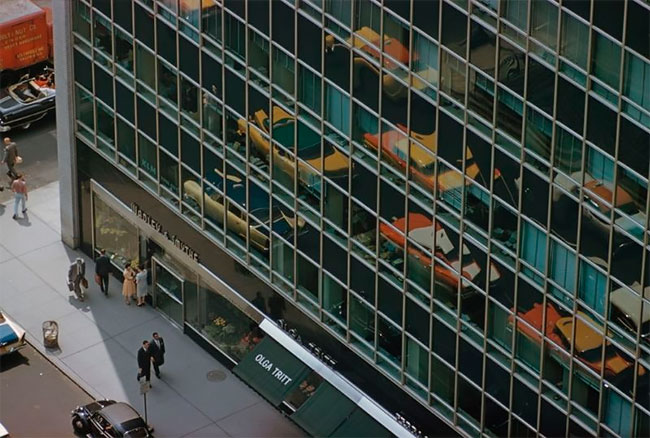 Rows of box-like terraced houses of various colours in Queens. 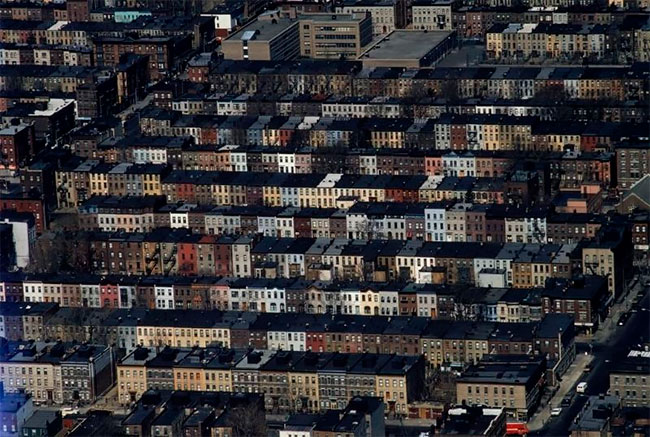 A girl enjoys a swing in a city playground. 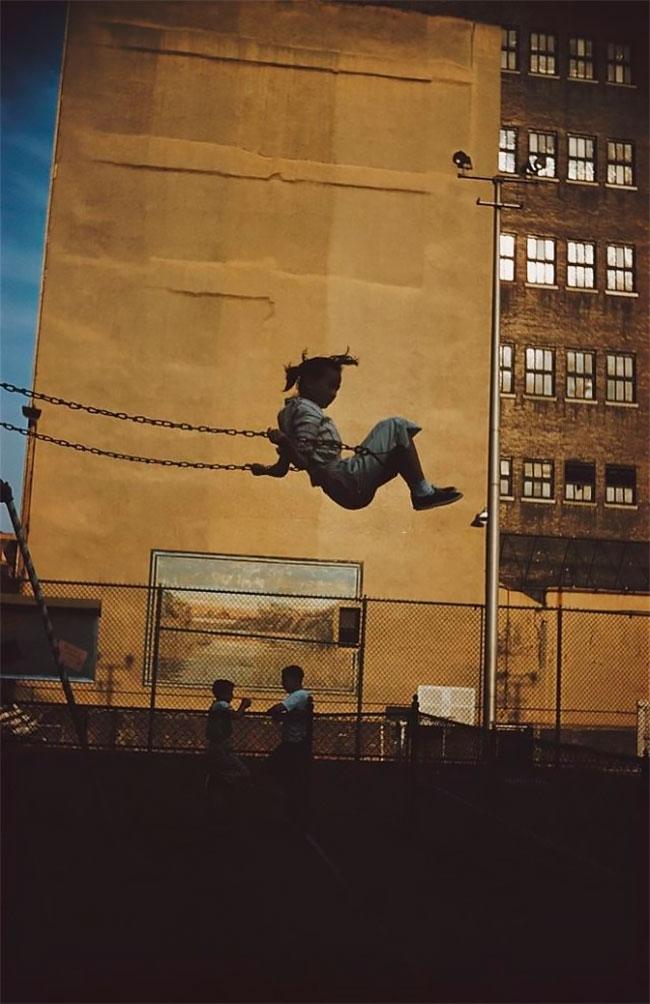 Traffic and people on a busy road mirrored on a window. 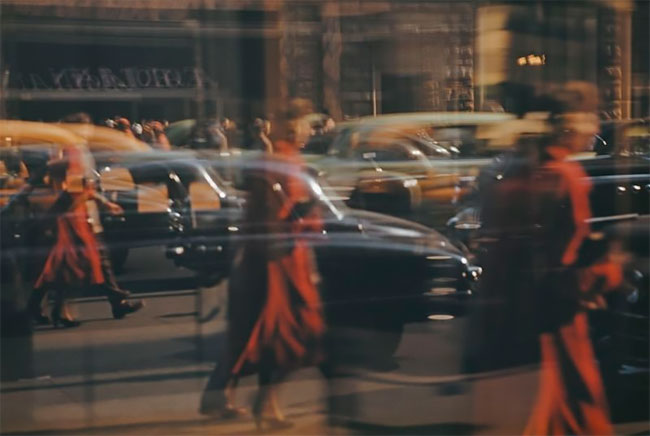 A man selling pretzels from a barrow. 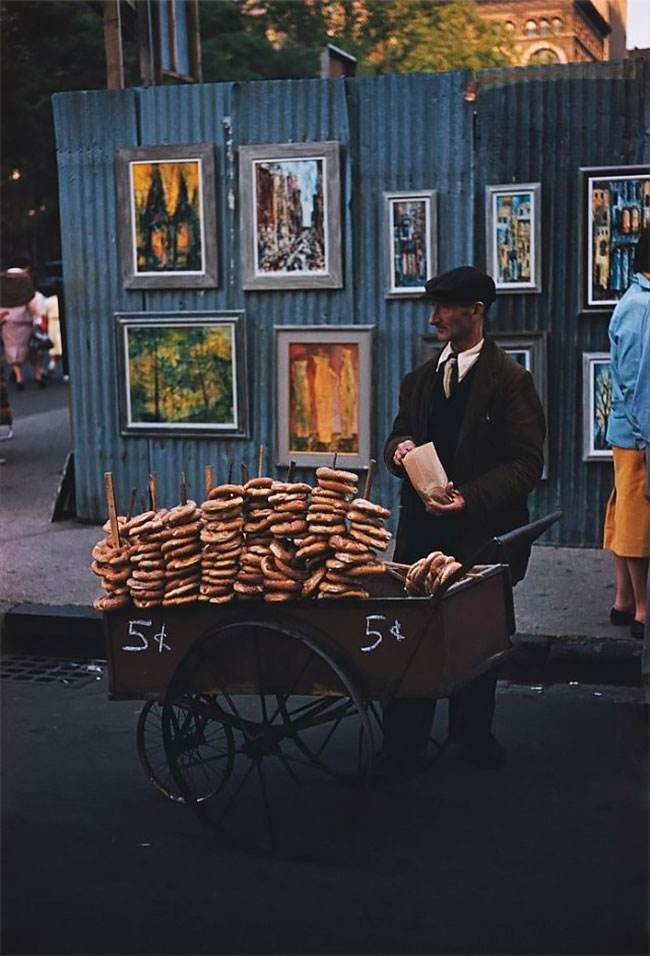 Cars streaming along a three-lane highway during rush hour. 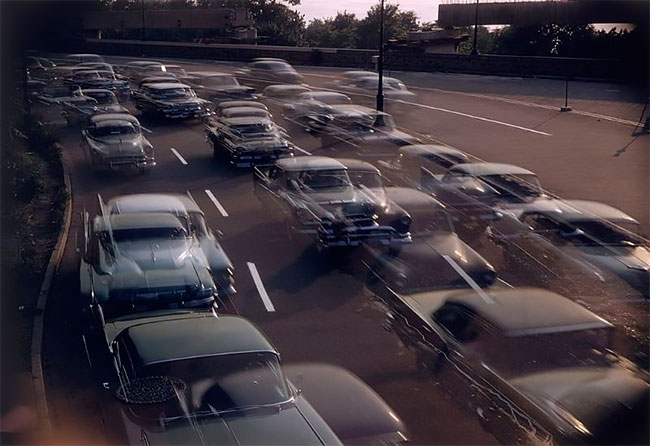 Spectacular Winning Images of The Tokyo International Foto Awards 2020
Cameron Diaz: First Look for Esquire UK, November 2012
Breathtaking Wildlife And Landscape Photography By Pepe Soho
Amazing Vintage Photos Of Badass Women Riding Their Choppers
Photographer Makes a ‘Socially Distanced’ Valentine’s Shoot With a Few Plot Twists
Photographer Tracks Down People He Snapped In His Hometown Almost 40 Years Ago To Recreate The Remarkable Images
Long Exposure Turn Budapest Trams
Project WomanKIND Sees 5 Curvy Models Lay Bare Their Body Insecurities
Drugs shipping. Don't do this!
"New York, By The Way": Urban Pastel Color Photography By Ludwig Favre
Dutch Impressionist Painter George Hendrik Breitner Took His Camera Onto The Streets Of Amsterdam In The 1890s
Choose The People’s Choice Award For Wildlife Photographer Of The Year
These Autochrome Photos From The 1920s And '30s Resulted An A Painting-Like Quality That Not Even Today's Best Instagram Filters Can Replicate
"A Colorful Day Out To Coney Island": Color Photographs Of A Summer's Escape From New York City In 1948
Stunning Photos From The British Beard & Moustache Championships In Blackpool
Frosty the Telescope
7 Fantastic Pieces Of Advice For Taking Photos On The Beach
These Eerie Photos By Aakaash Bali Bring Nostalgic Comfort To Some Or A Sense Of Unease To Others
A 58-Year-Old Lady Creates Magical Costumes That Can Transport You to Another World
Re-Visions, 1978: Bizarre Vintage Photo Postcards By Marcia Resnick
A Scary Side of Beauty Culture
Artist Mario Unger Spends 3000 Hours To Colorize Old Black & White Photos Of Famous People
Stuning Entries For The 2018 Nat Geo Travel Photographer Of The Year Contest
Vibrant Fashion And Glamour Photography By Denis Bliznuk
1950s, daily, life, NYC, streets, USA