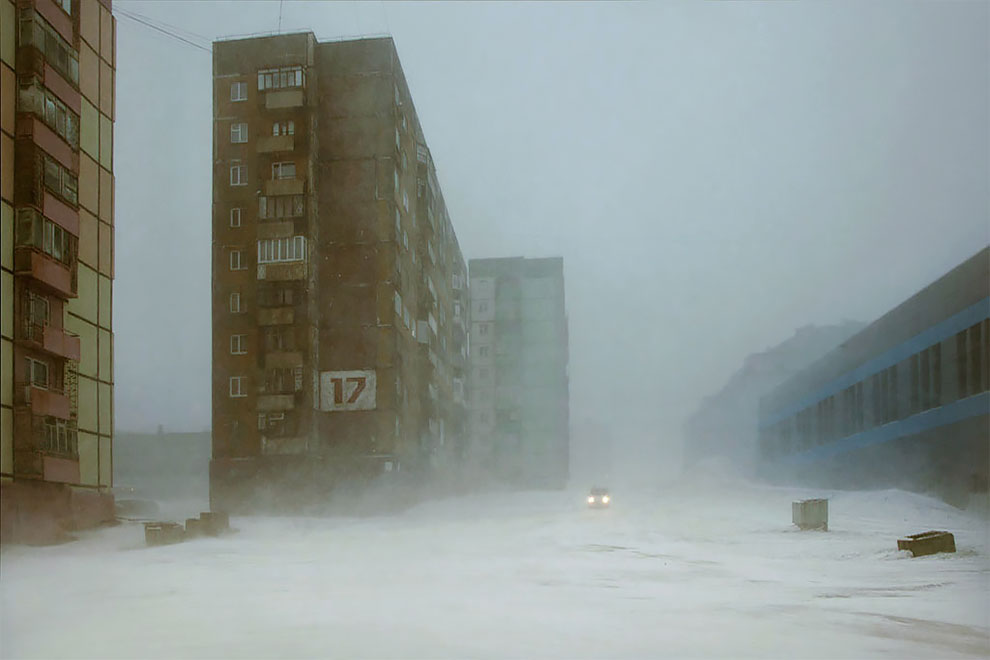 With his series “Below Zero”, the French photographer Christophe Jacrot plunges us into the most extreme winters in the world.

Norilsk (Siberia, Russia) is the first stop on the journey. This mining city built under Stalin by prisoners to exploit underground nickel is located 200km north of the Arctic Circle.

Accessible only by plane and prohibited to foreigners, it is one of the most polluted and coldest cities in the world. Mercury can drop to -50° while the “Purga” blows, a wind that frequently reaches 100km/h. The melting of the permafrost now threatens to collapse many buildings in northern Siberia: in Norilsk homes have already been evacuated.

“North of the Artic Circle, built under Stalin, by thousands of prisoners, this city is one of the coldest, one of the most inhospitable, and one of the most polluted in the world. The annual average temperature is -10 degrees. It is mainly devoted to the extraction of nickel and its transformation. An unreal city, fascinating in its ugliness, forbidden to foreigners, accessible only by plane. My flight was 3 days late, then after 2 days working under a Dandesque storm by winds of more than 100 kilometers an hour, I fell sick, and finished my 9 days licensed on the spot in bed in my over-heated hotel at almost 30 degrees,” he says. 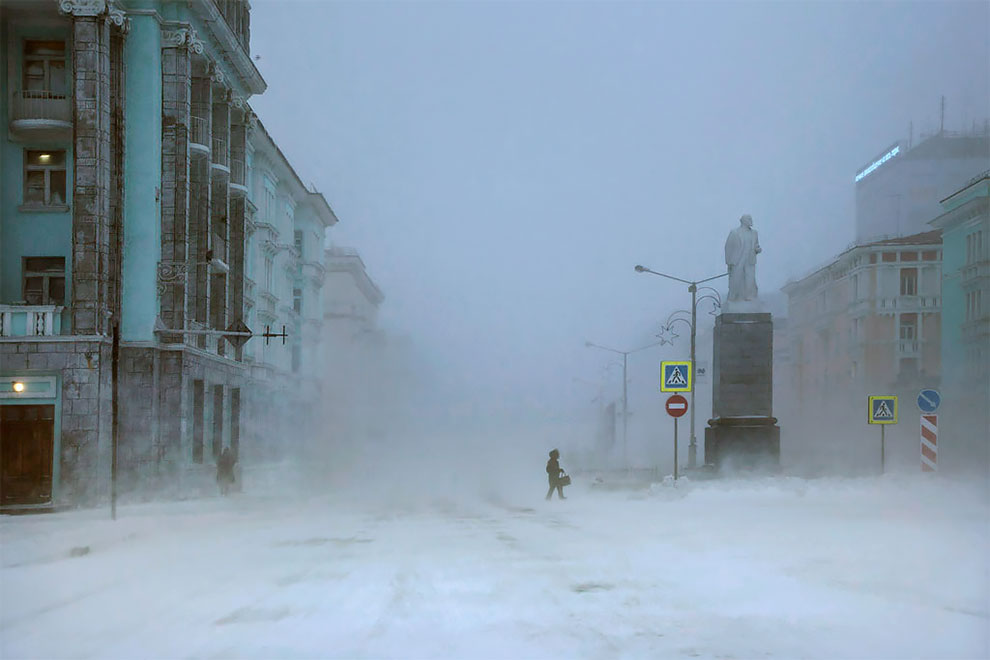 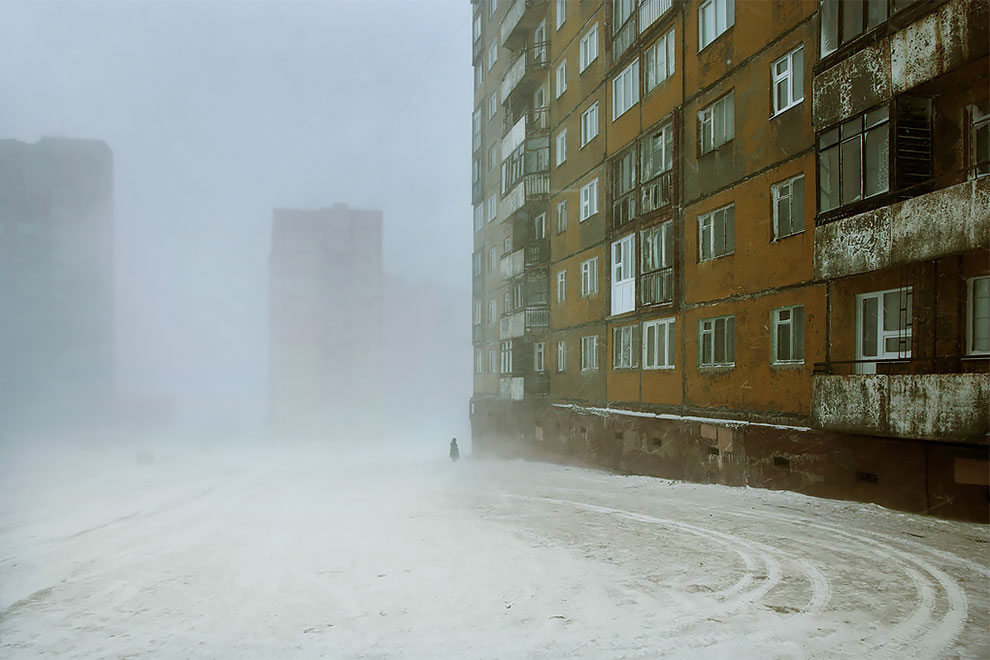 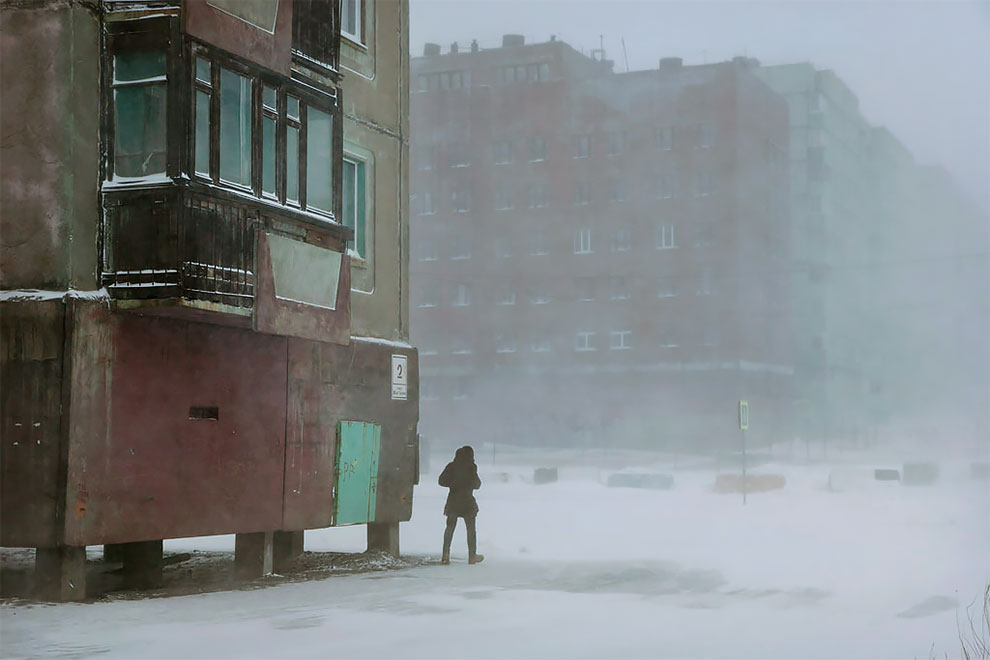 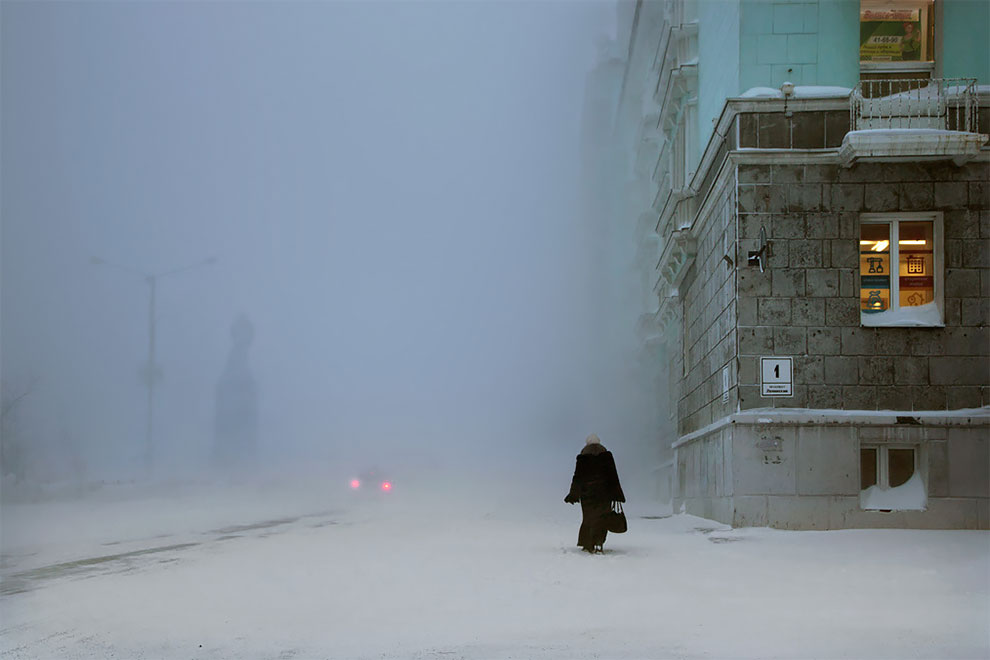 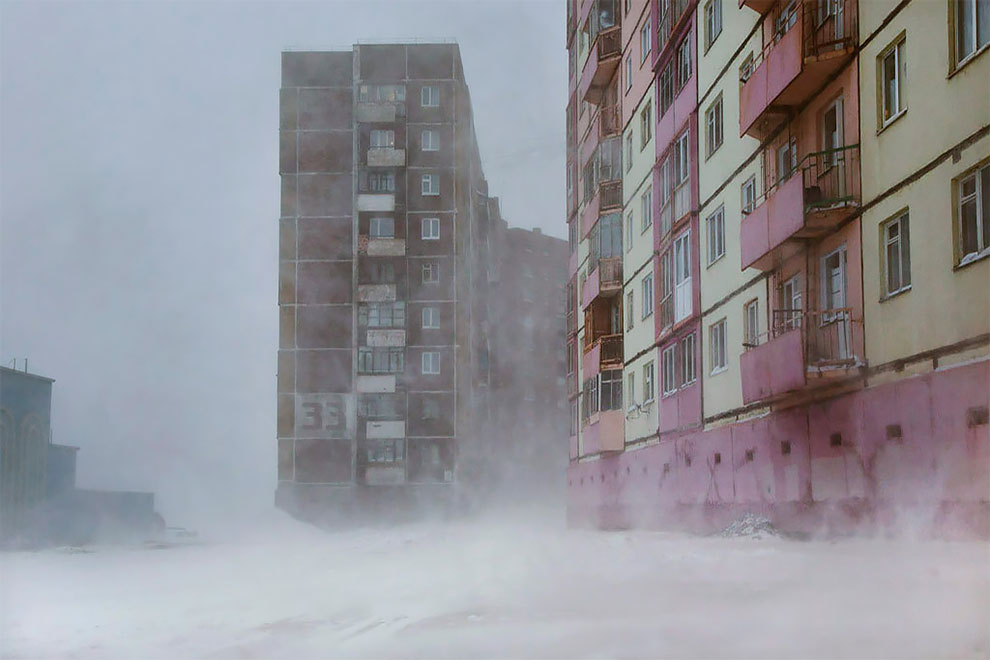 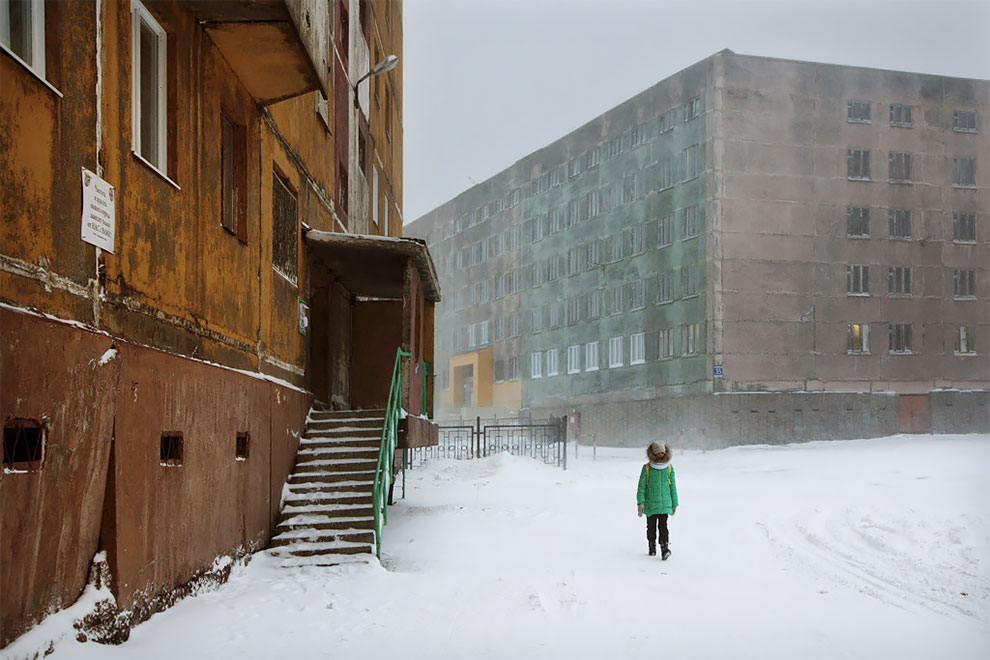 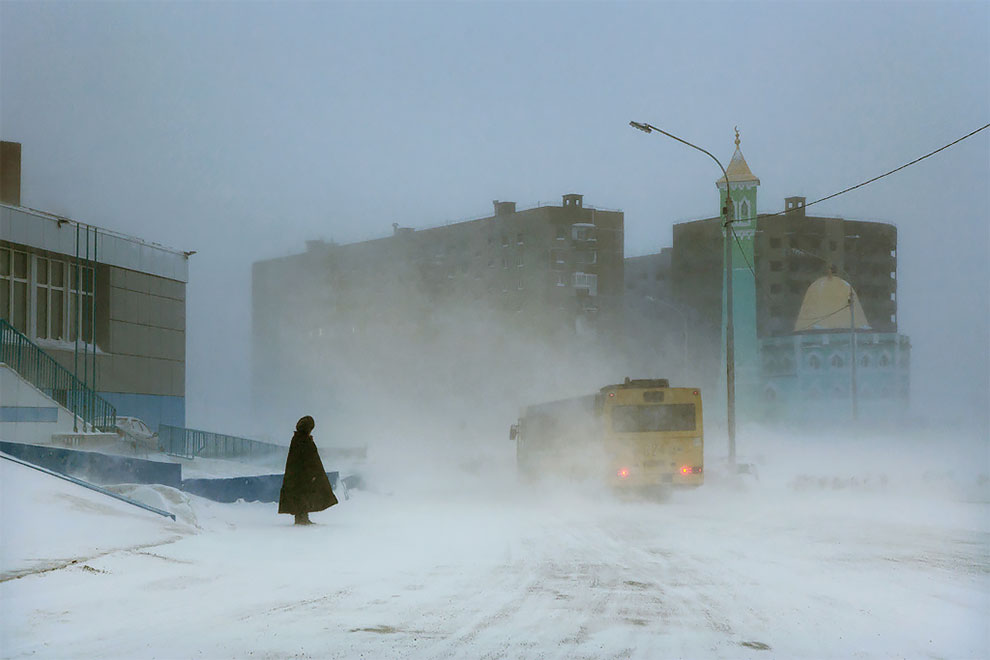 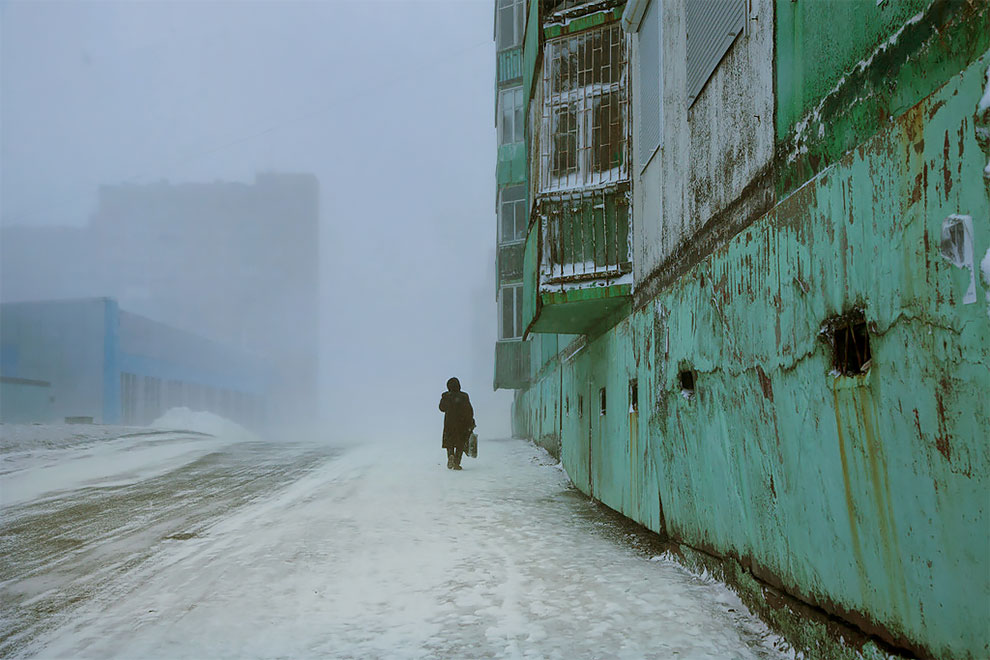 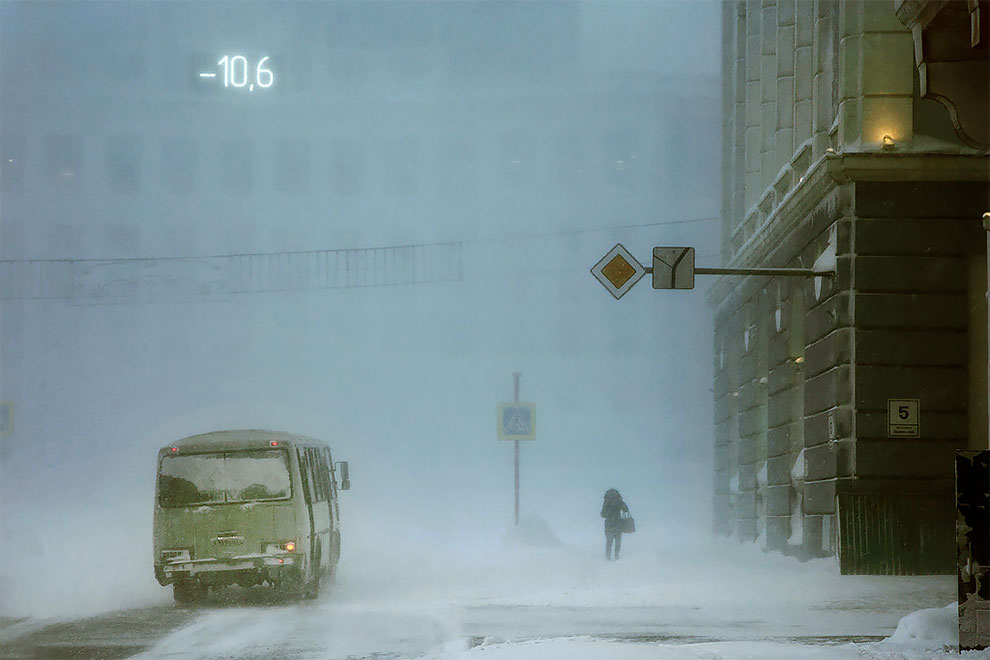 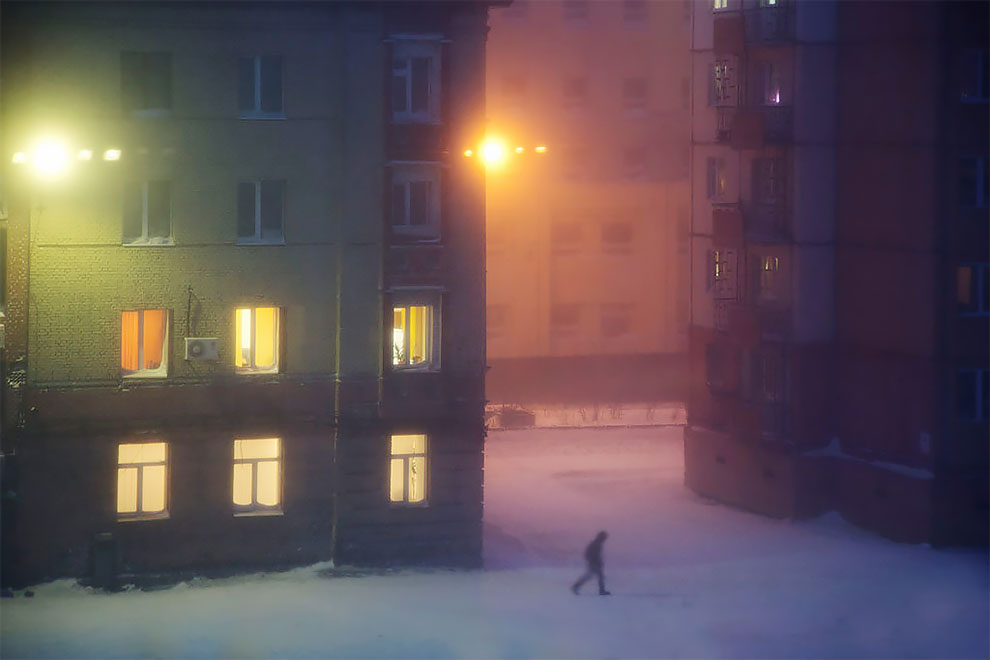 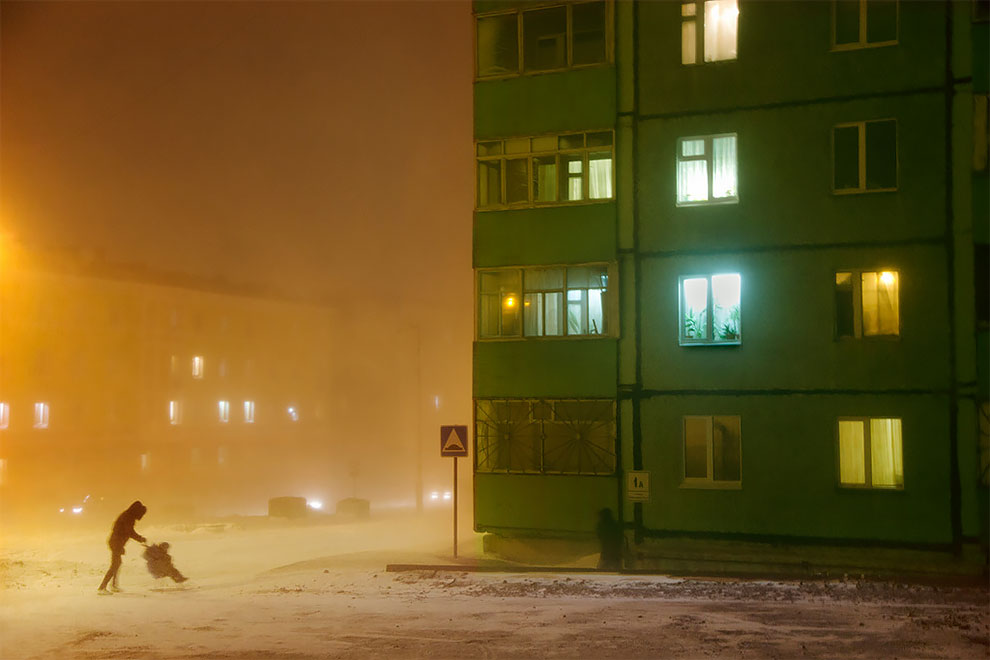