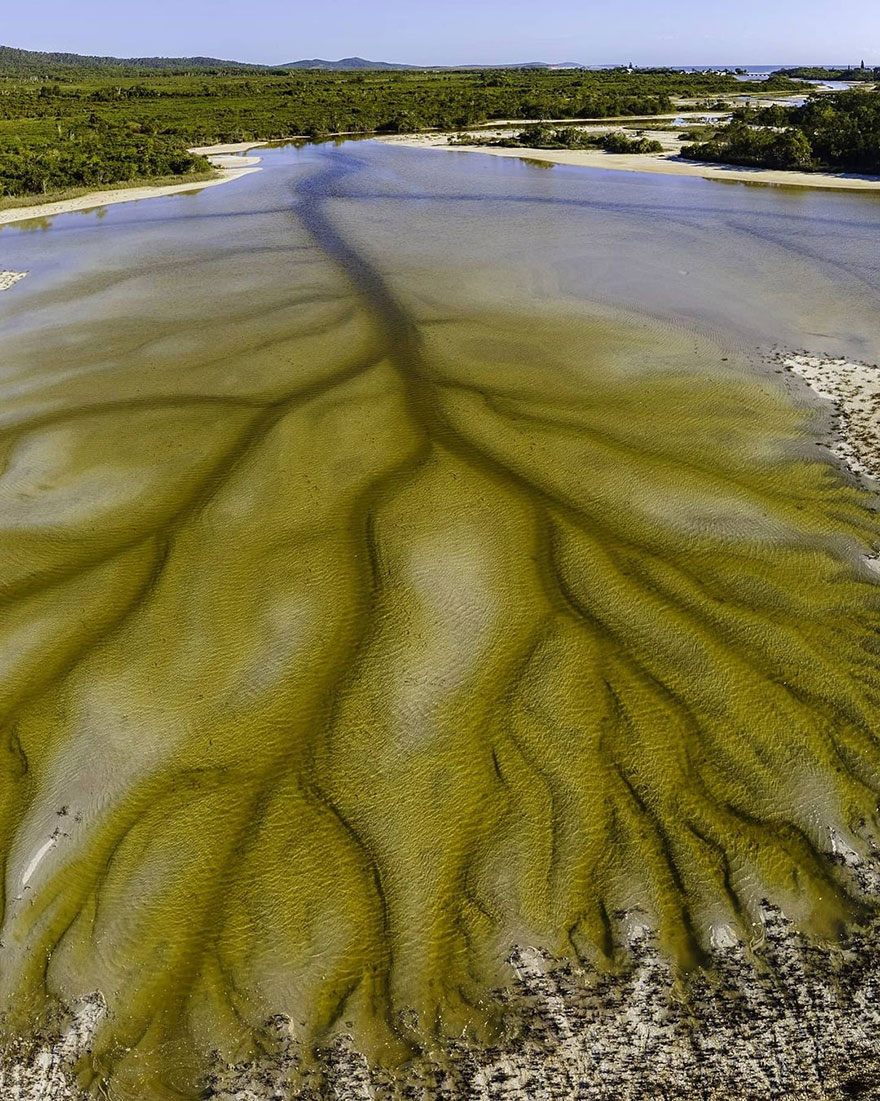 Derry Moroney is an Australian photographer who recently captured photos of a unique “Tree of Life” phenomenon that appeared on the receding Lake Cakora in Brooms Head, New South Wales, and the photos will take your breath away. 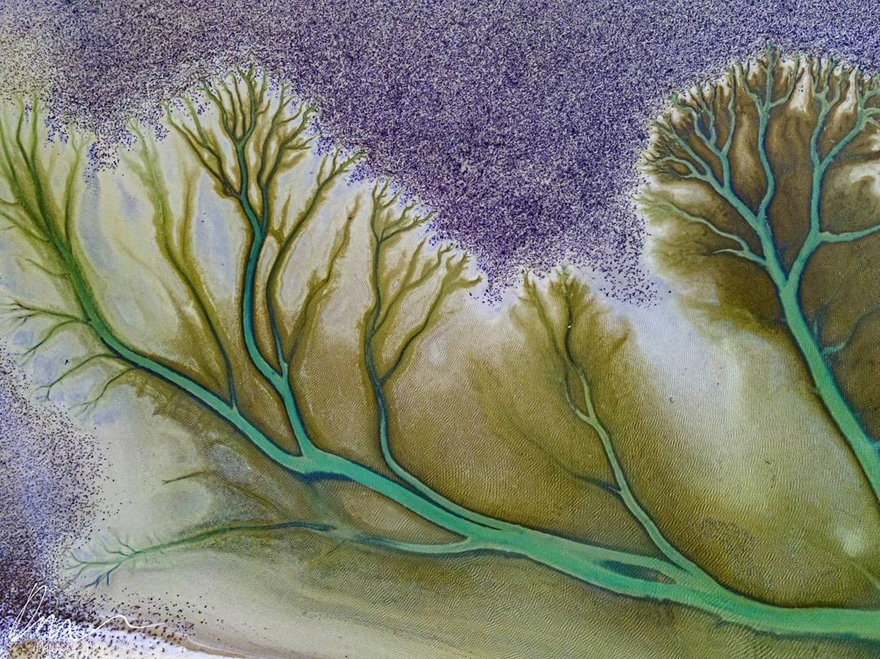 The photographer explained that the phenomenon appeared after a big amount of rain and stormy weather broke the lake out and drained most of its water. At the same time, a nearby lake rich in tea tree oil and coffee rock ran off into Lake Cakora, creating this beautiful image of a tree. 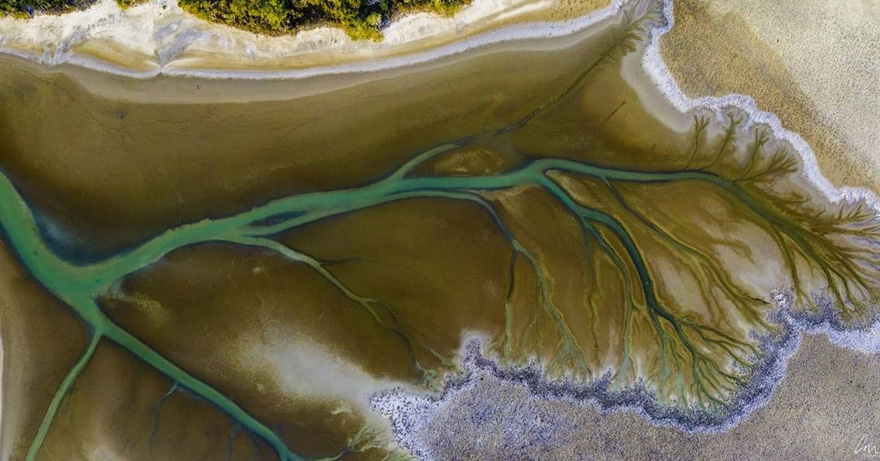 In an interview with DeMilked, Derry said he got into photography three years ago, and has been very passionate ever since. The photographer says he gets inspiration from nature and the way it can create amazing masterpieces from from the elements. 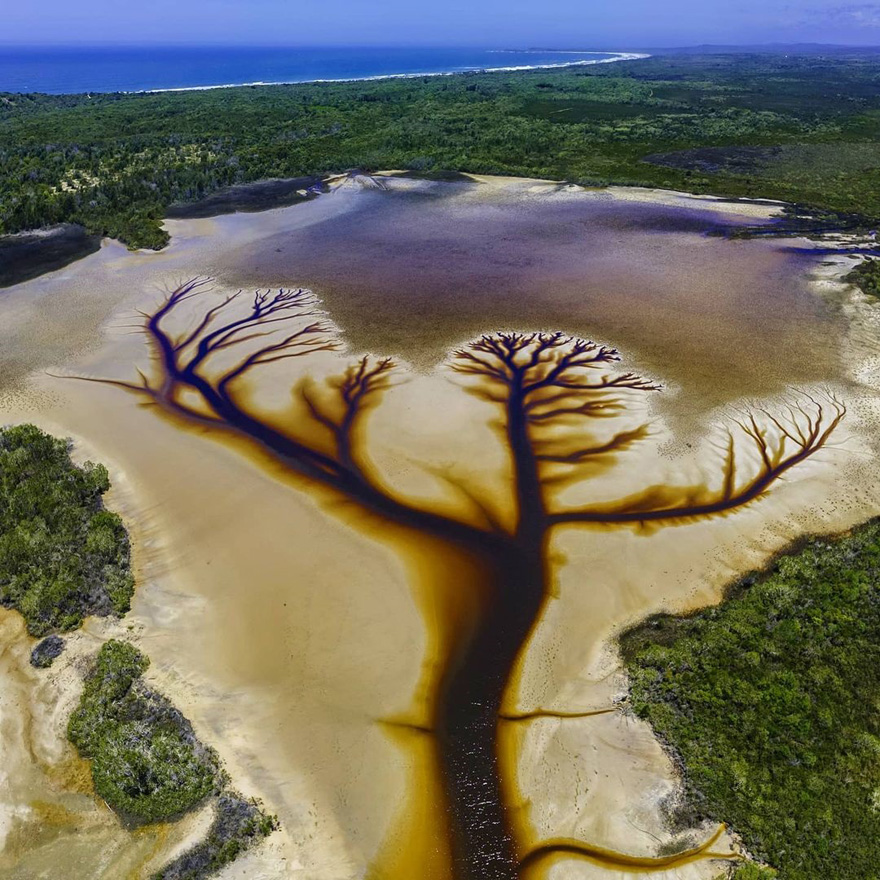 To capture the photos, Derry says he used a DJI Mavic Air 2 drone. Derry says that the spot has a very dystopian feel and he’s amazed how it still manages to feel different each time even after 6 months of photographing it. 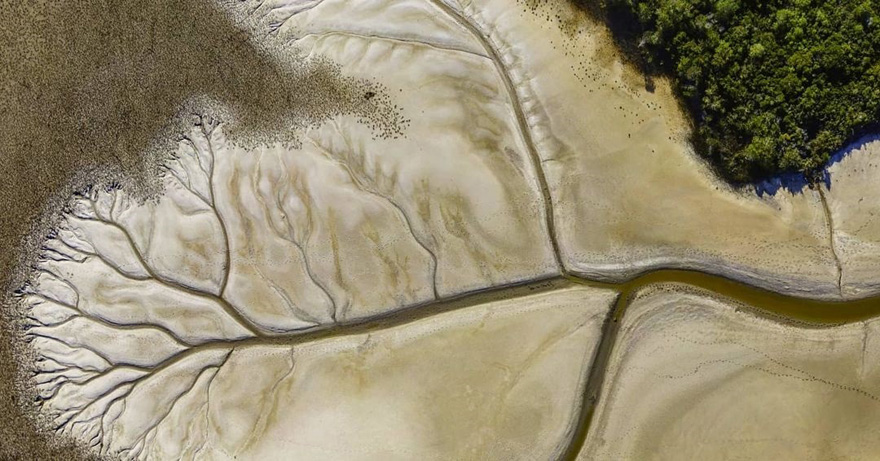 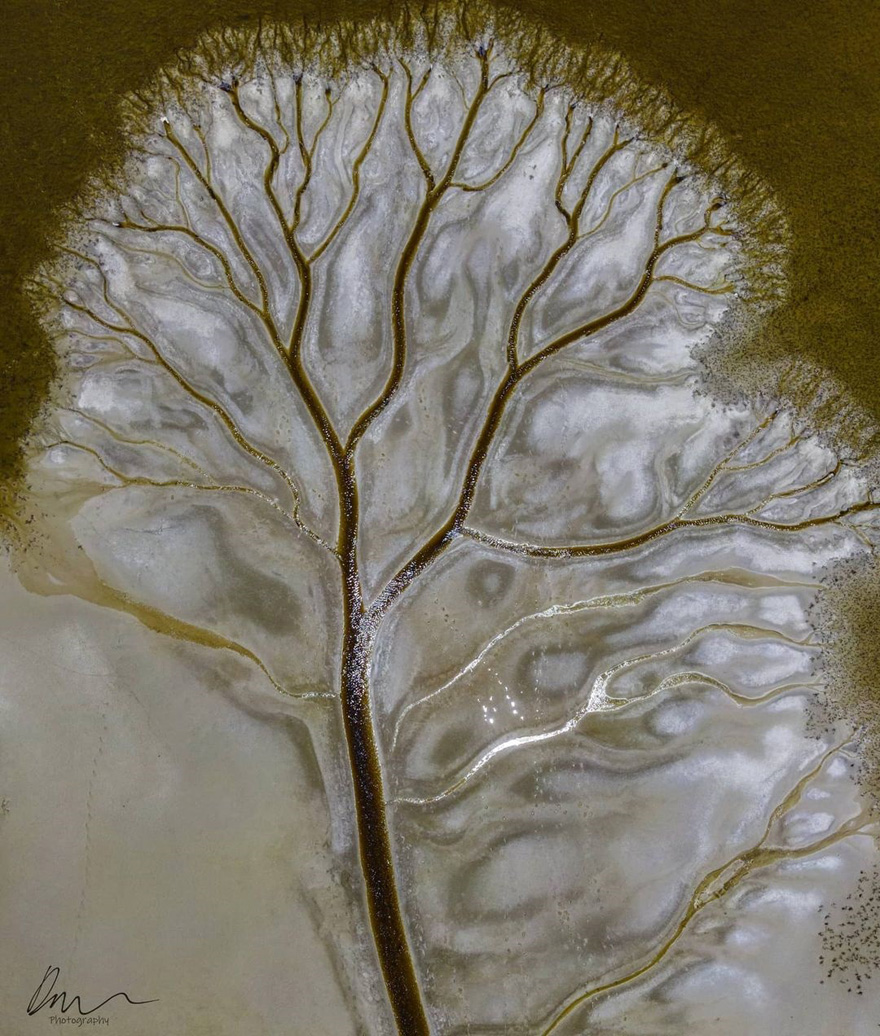 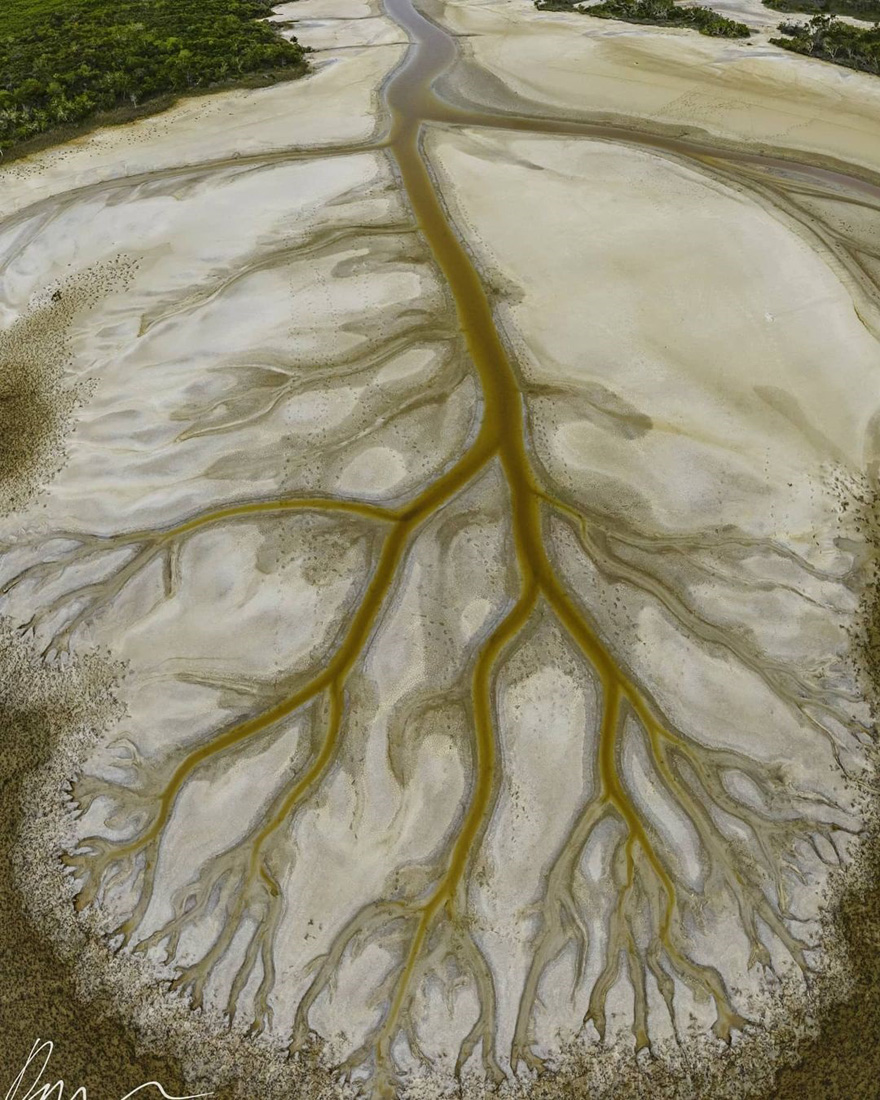 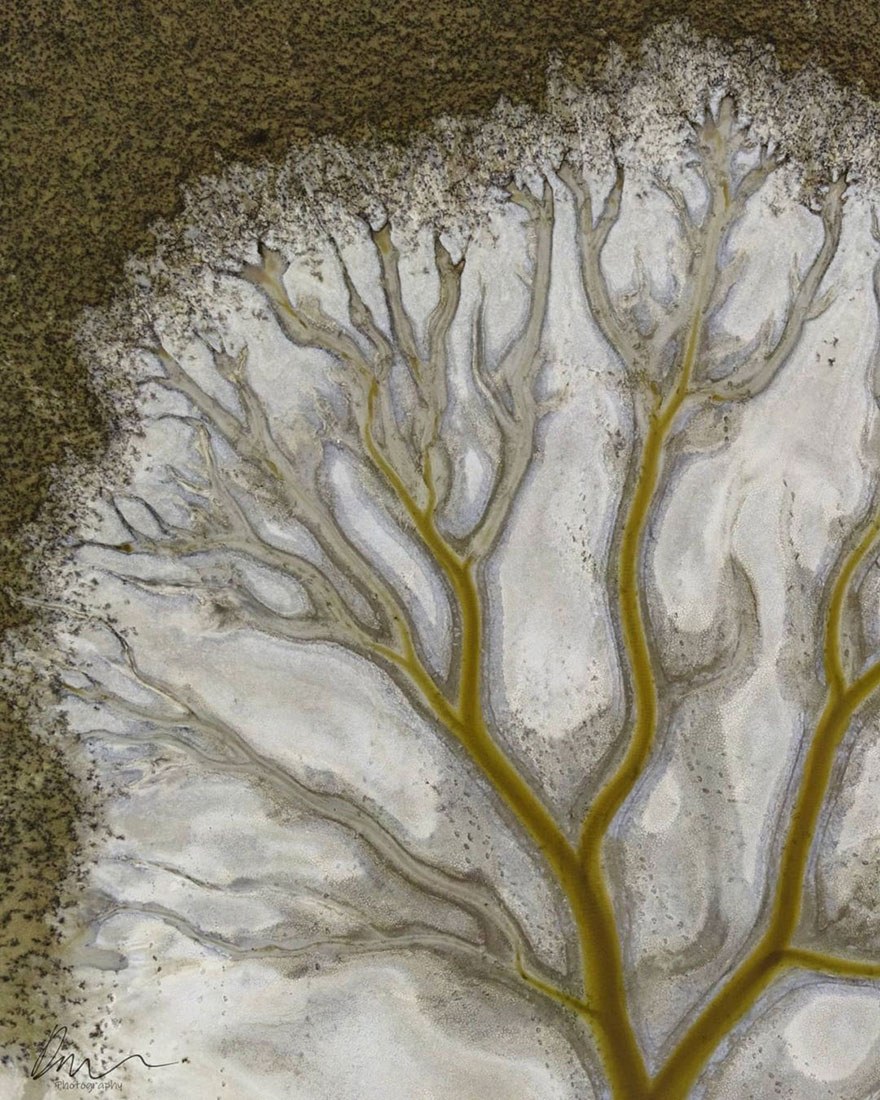