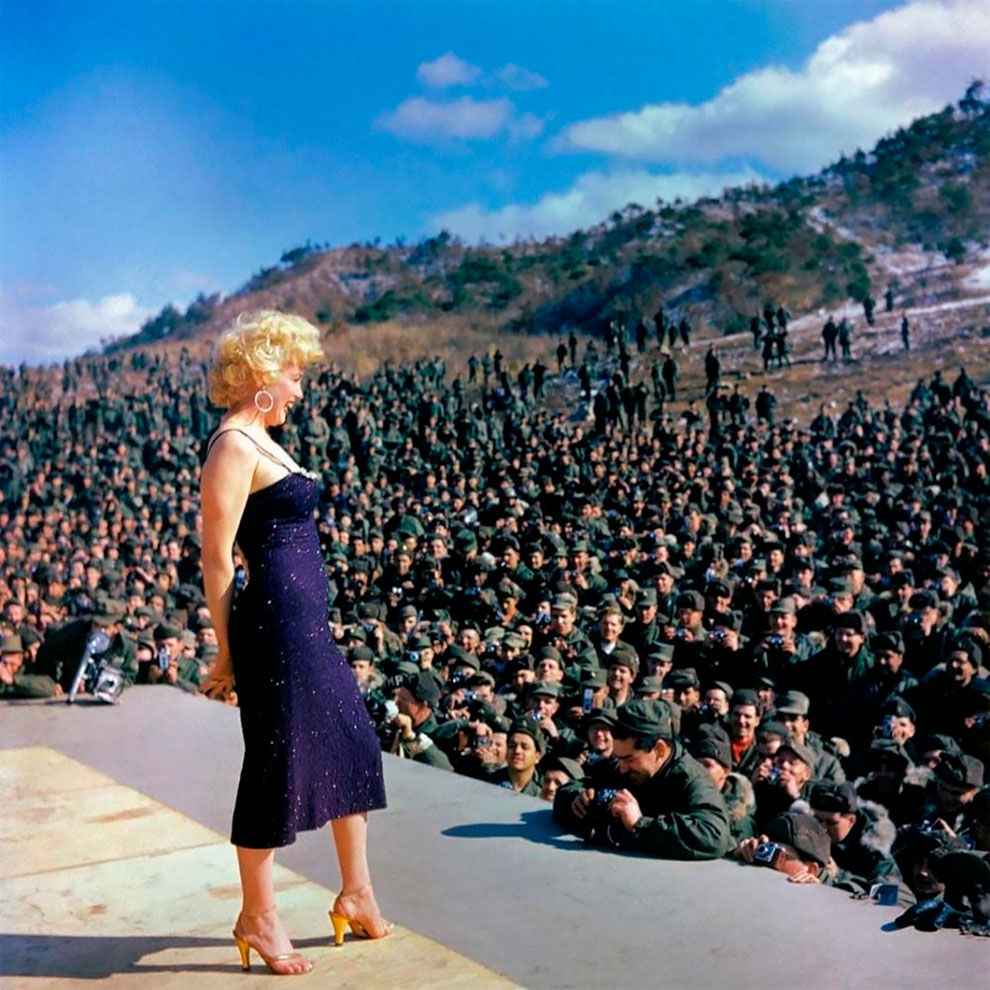 Pictures of Hollywood star Marilyn Monroe singing to an audience of G.I.’s during the first show of her recent four-day tour of Korea on February 22, 1954. She is wearing her much-discussed low-cut purple cocktail dress about which she had told newsmen, “it’s the only one I brought over that is suitable for the show.” 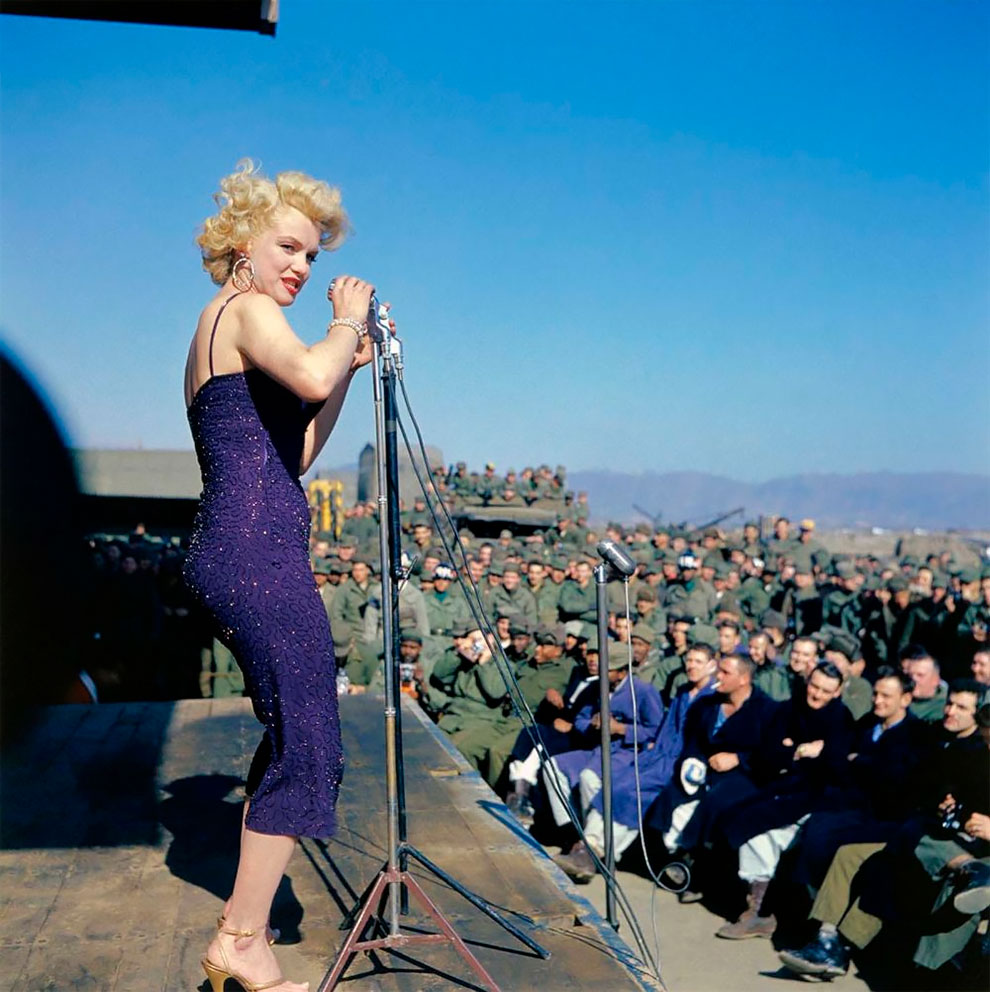 In tough times Hollywood stars have always seemed to rise to the occasion selflessly, going the extra mile, literally, to entertain the troops that are defending our countries freedoms. 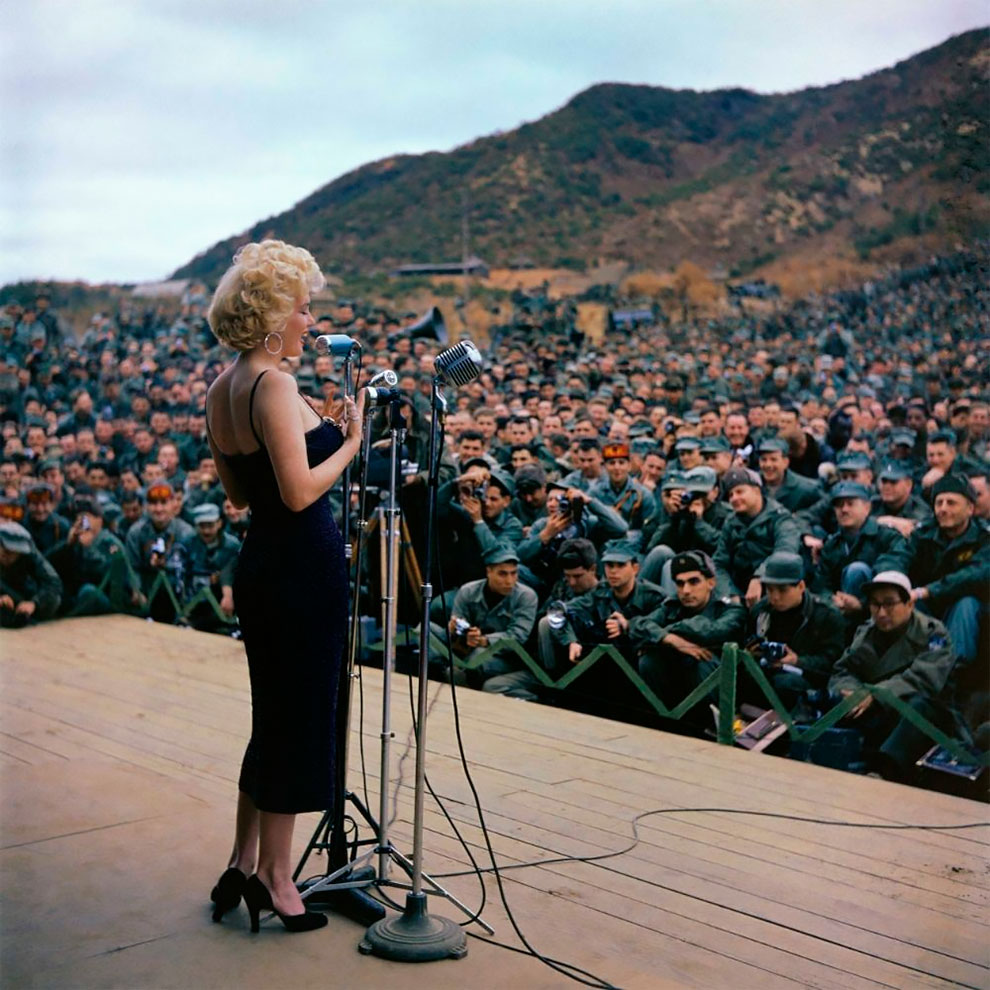 Marilyn Monroe was one such performer. Despite Marilyn’s profound fear of live performances she rose above her phobia to provide a few hours of joy to over 100, 000 homesick servicemen in Korea. She delighted the audience with her singing, dancing and charming banter. She was voted the number one pin-up during the Korea war and she honored that title by entertaining troops on the war front and visiting them at bedside in near by hospitals. 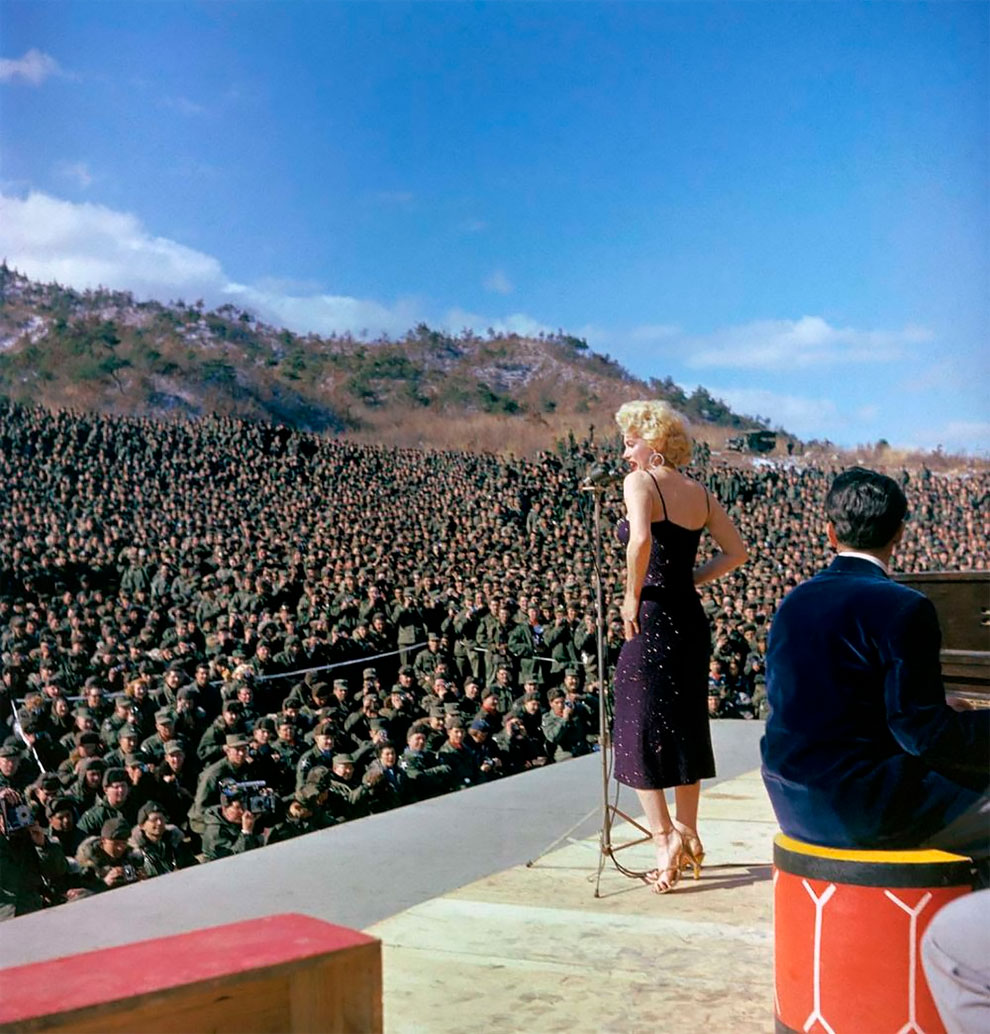 It was in February 1954, during her honeymoon to Joe DiMaggio that Marilyn decided to drop in on the soldiers in Korea. It was a trip that she would later recall with enormous fondness, a time when she realized she was truly a star. 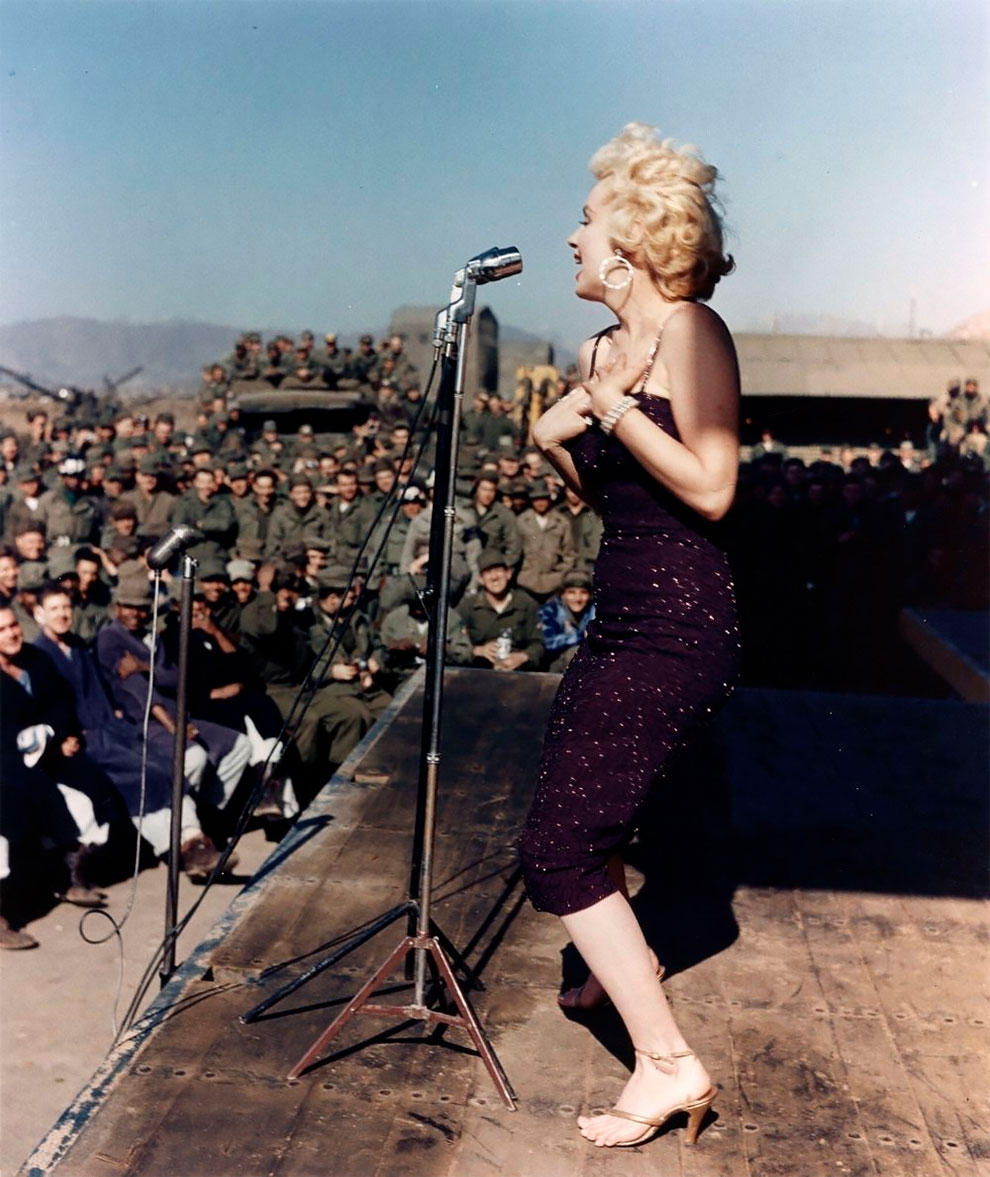 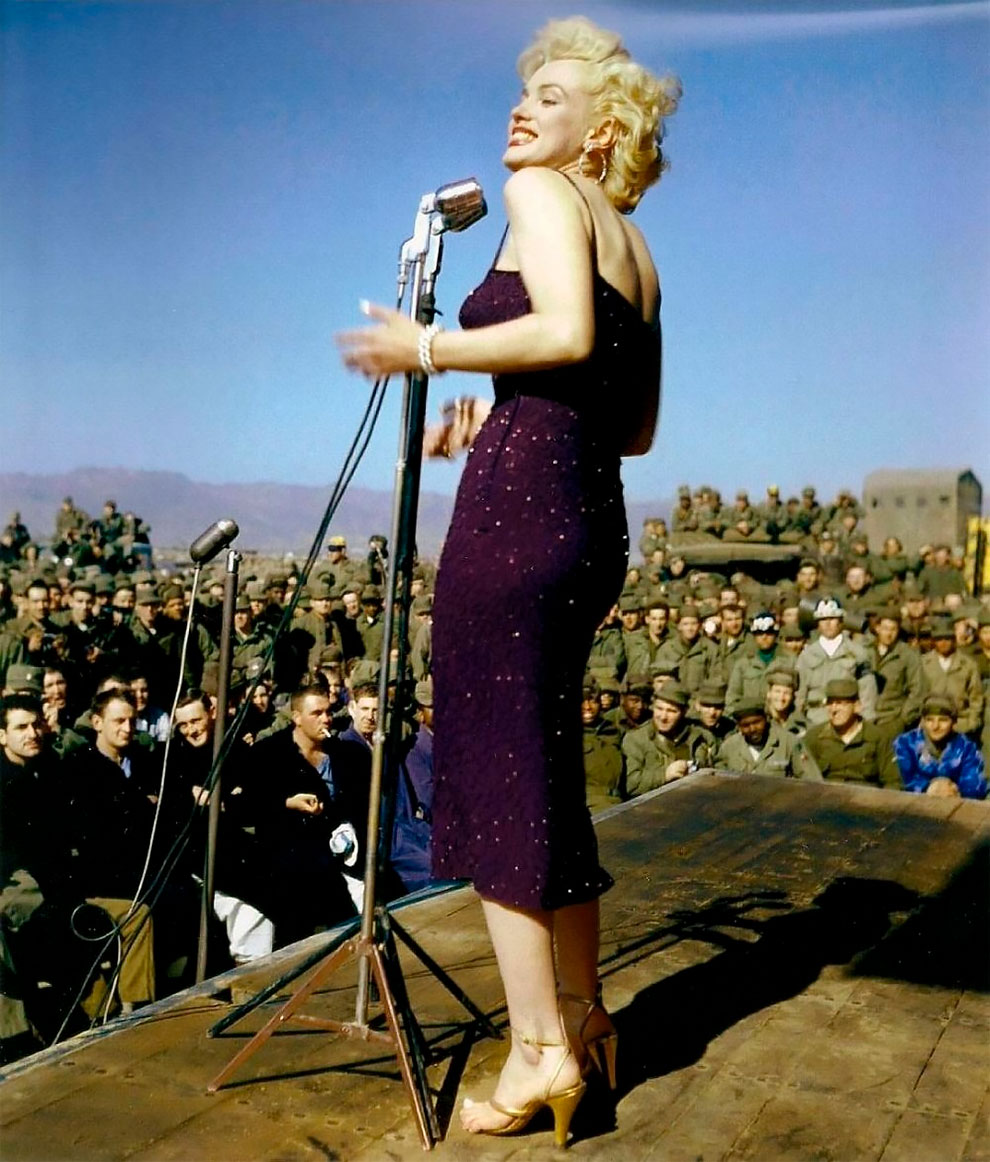 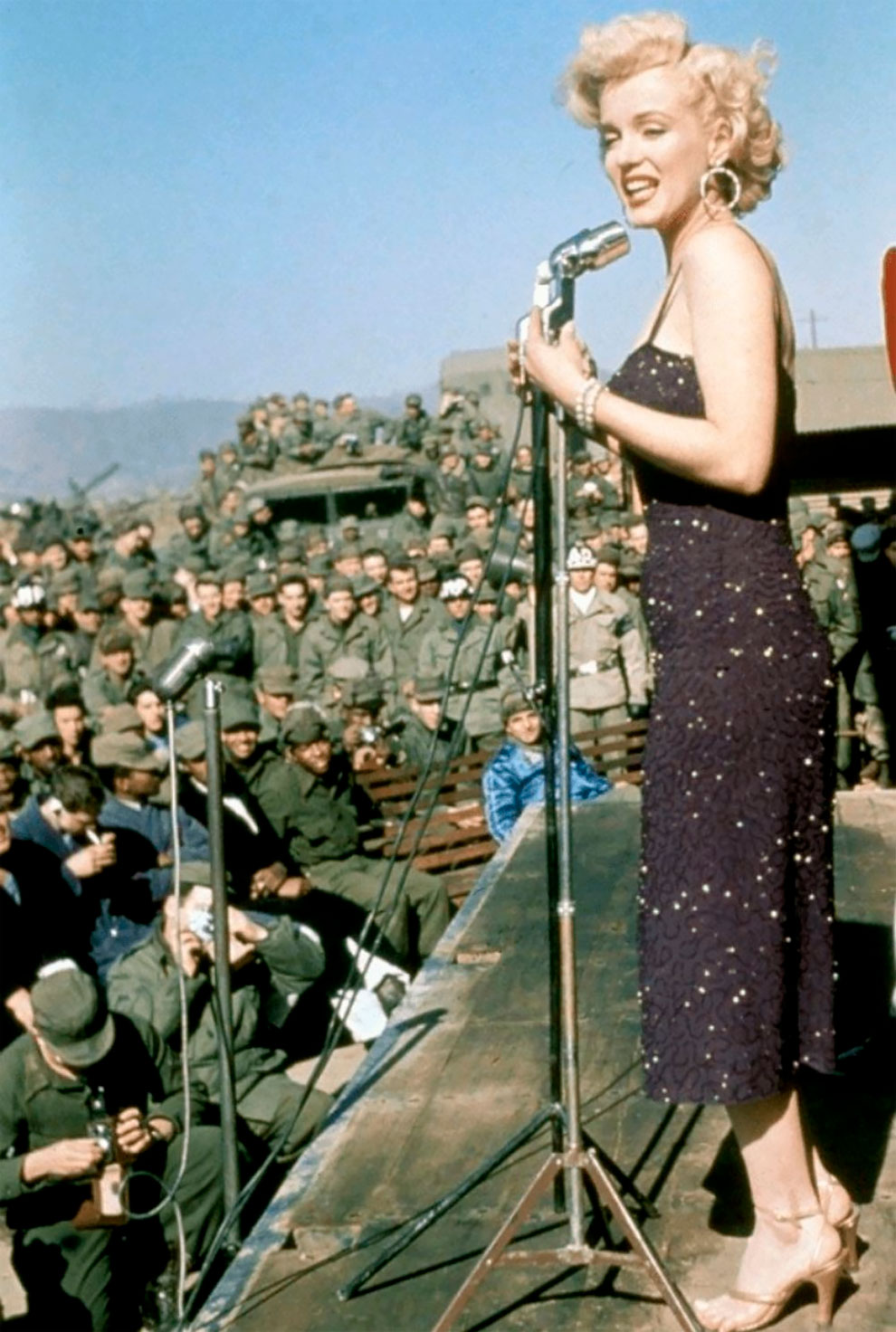 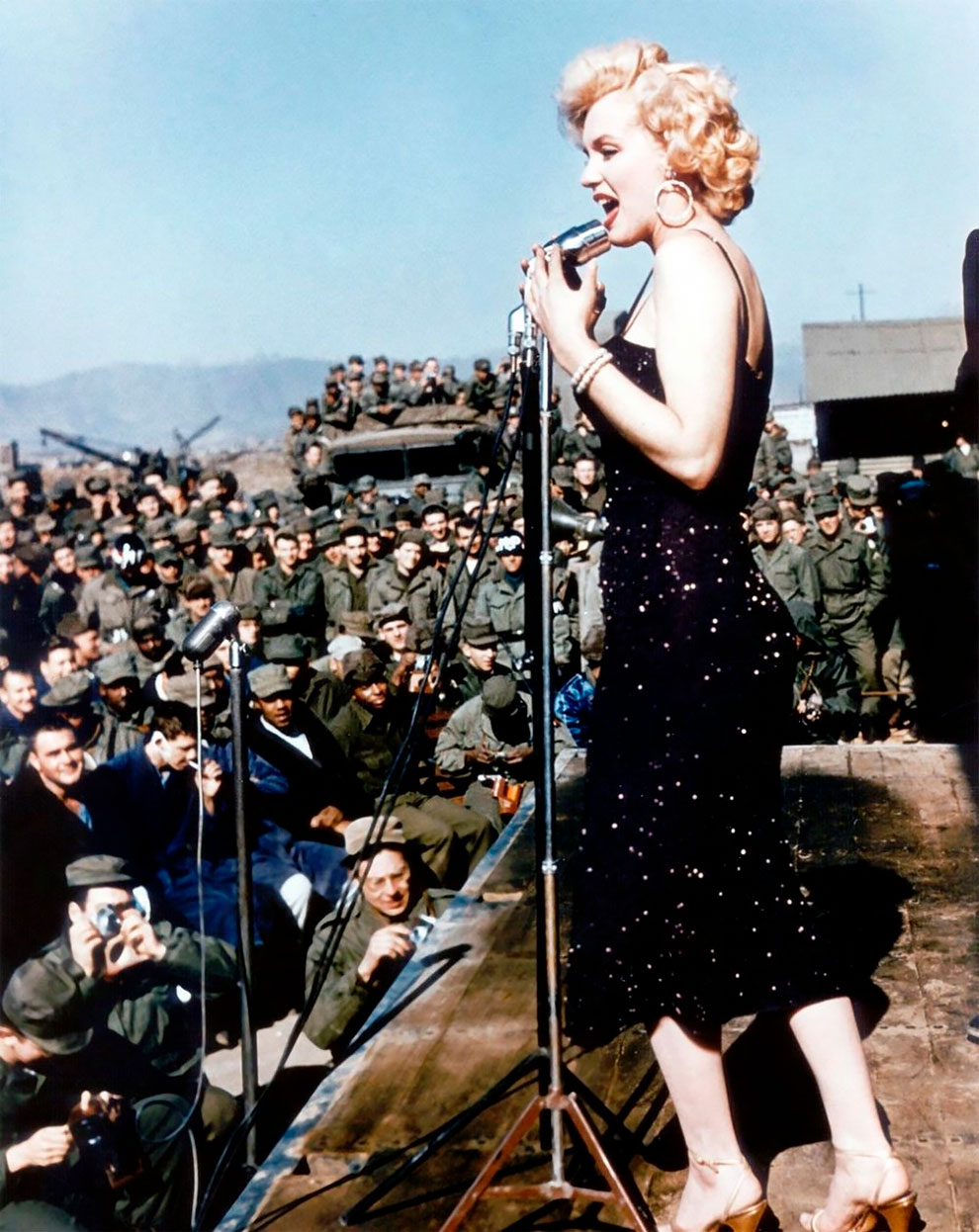 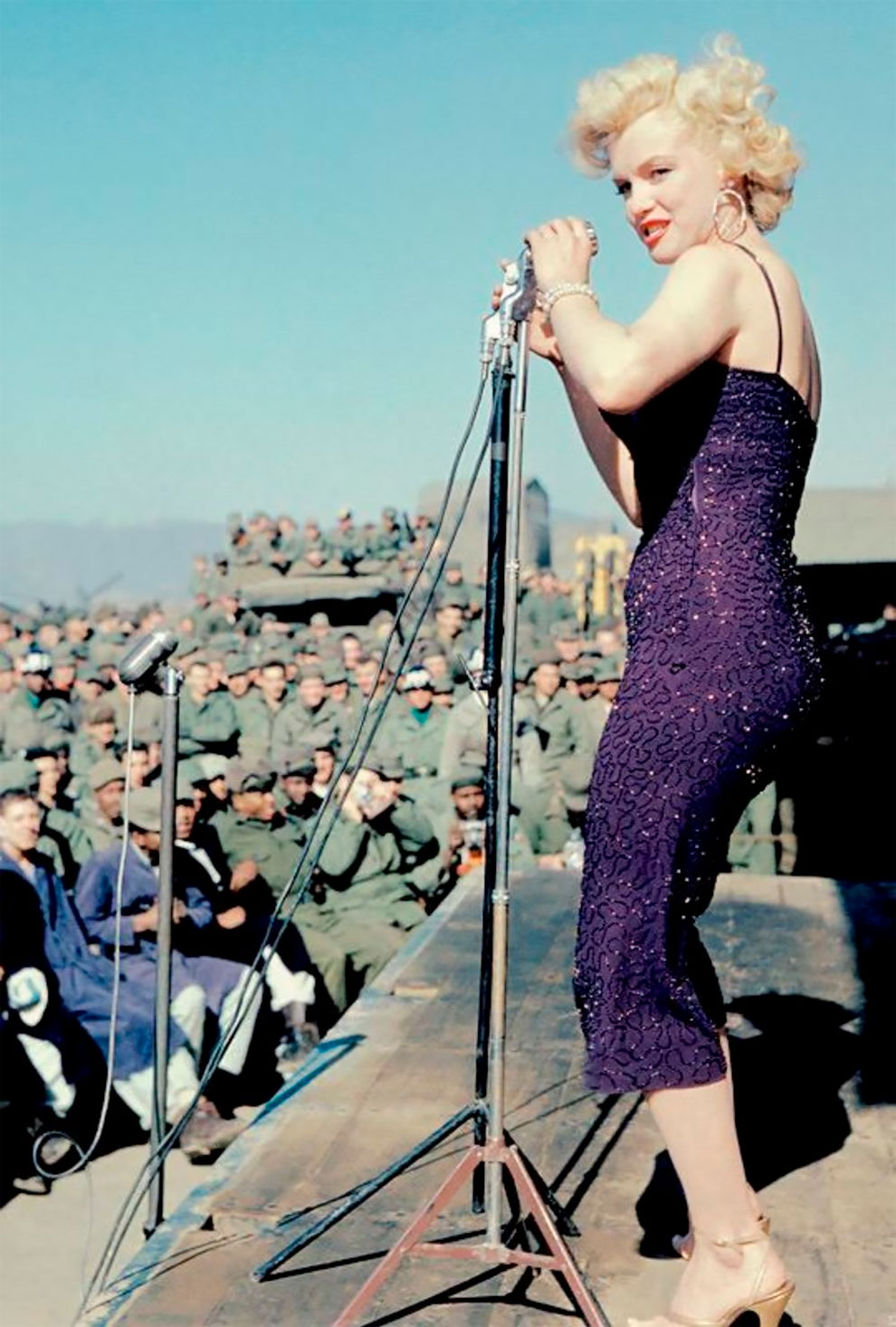 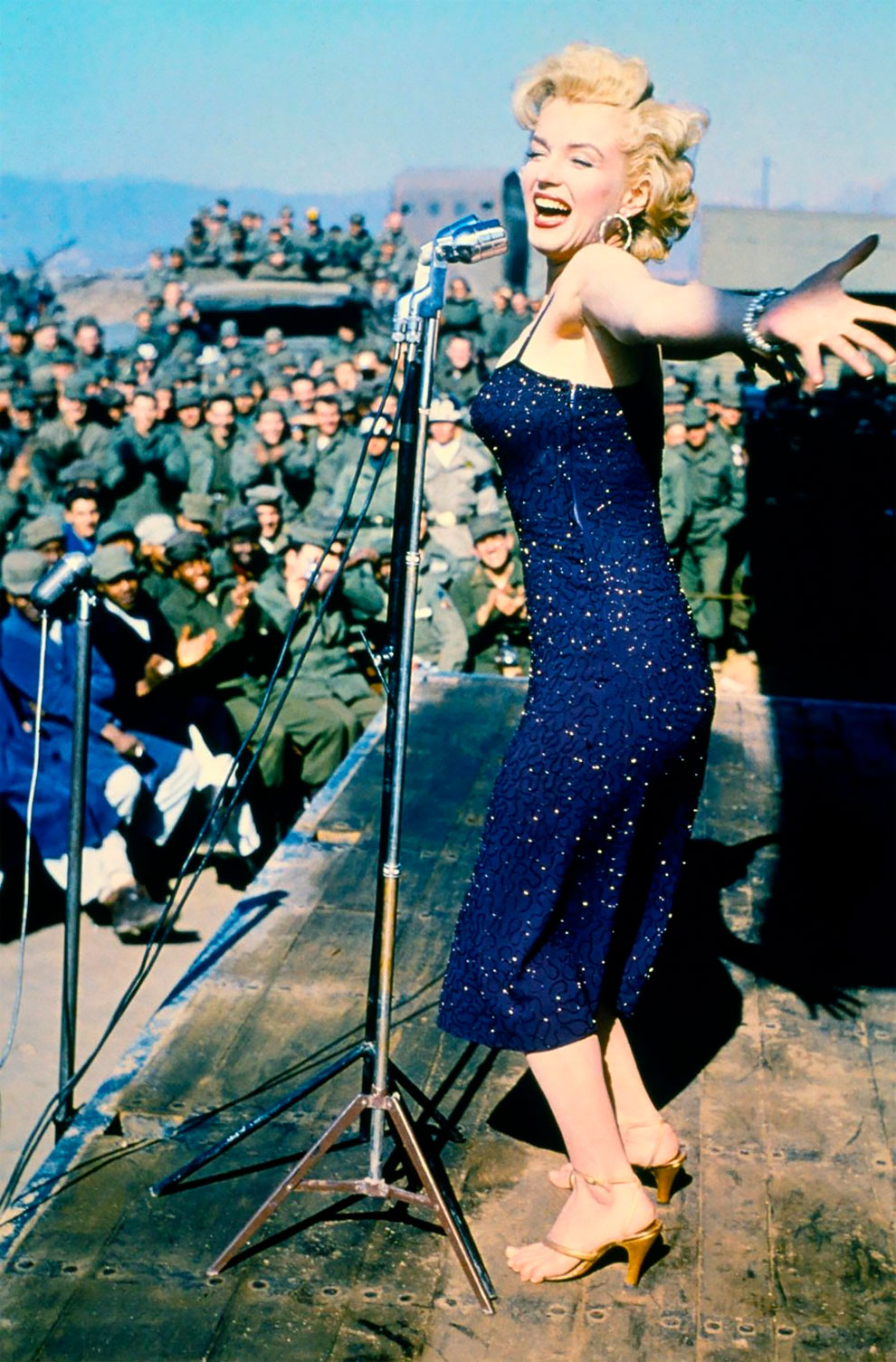 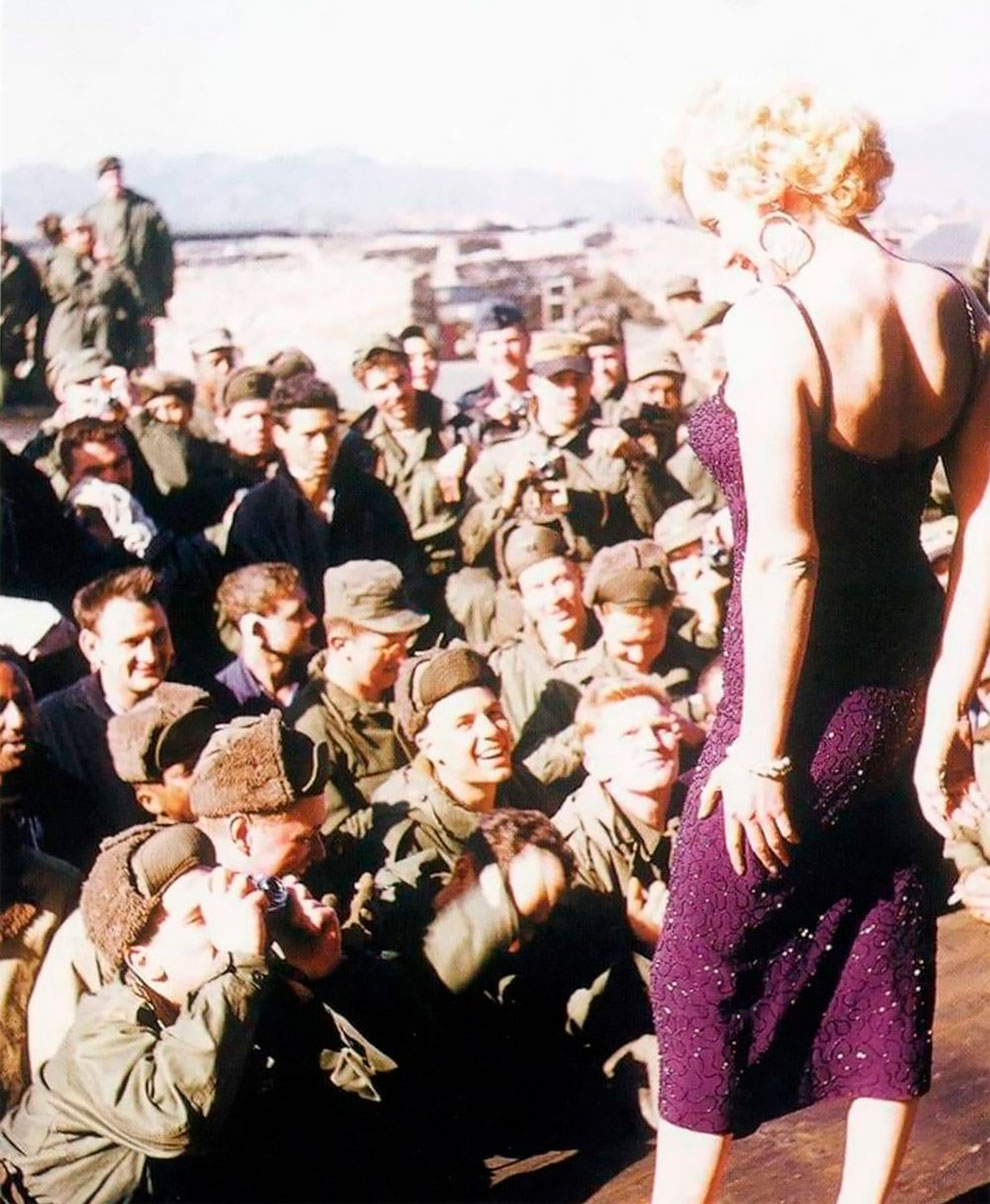 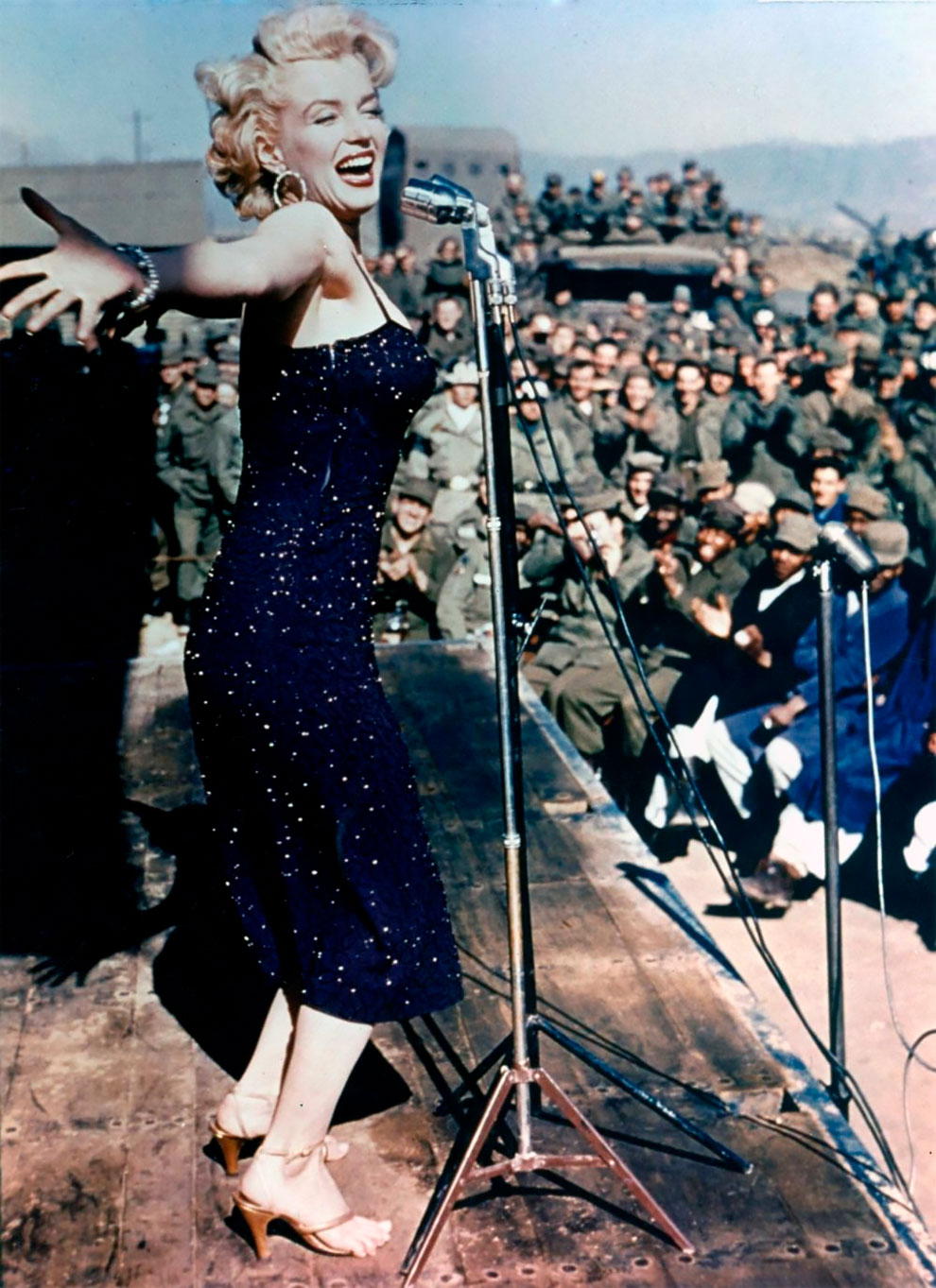 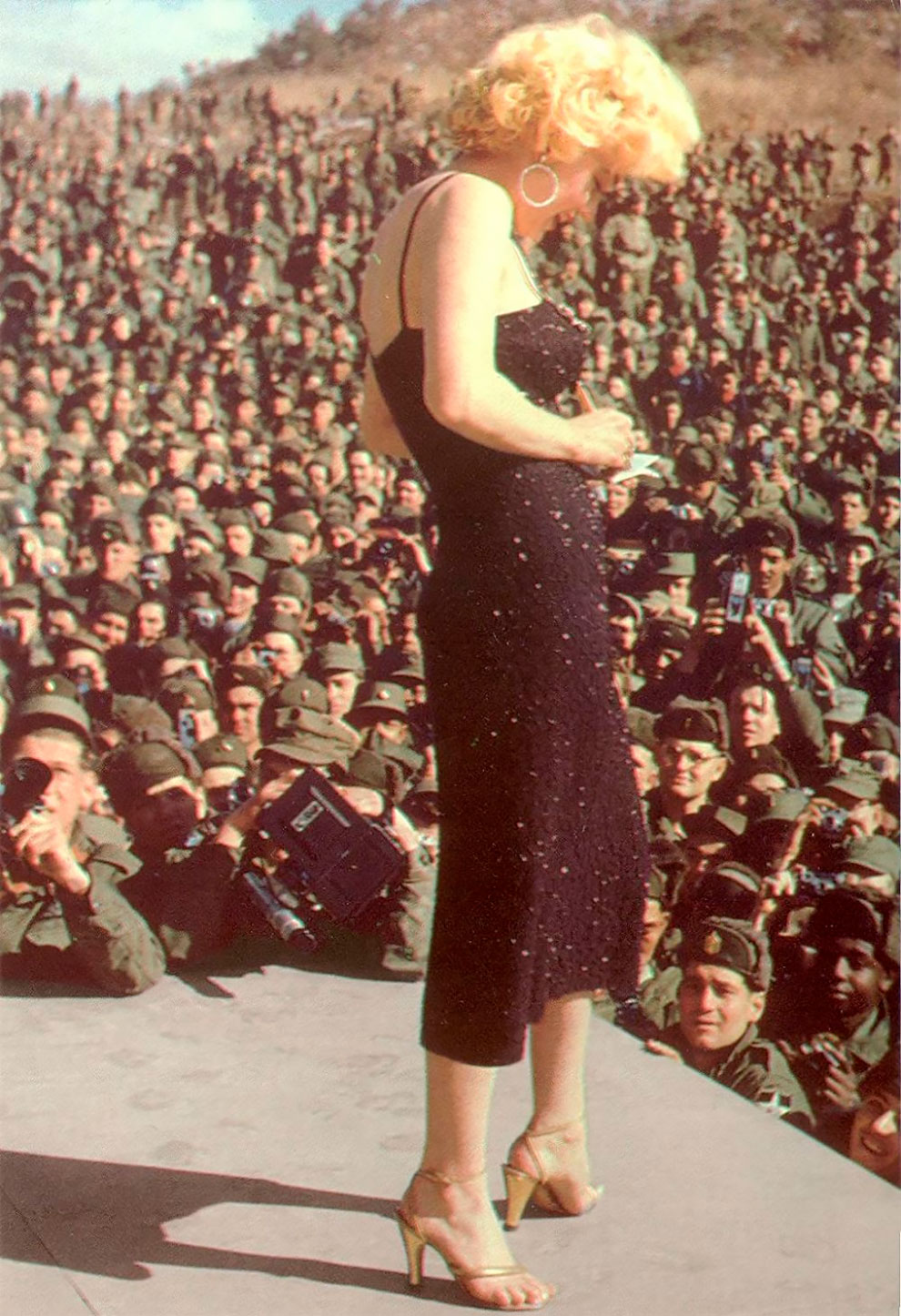 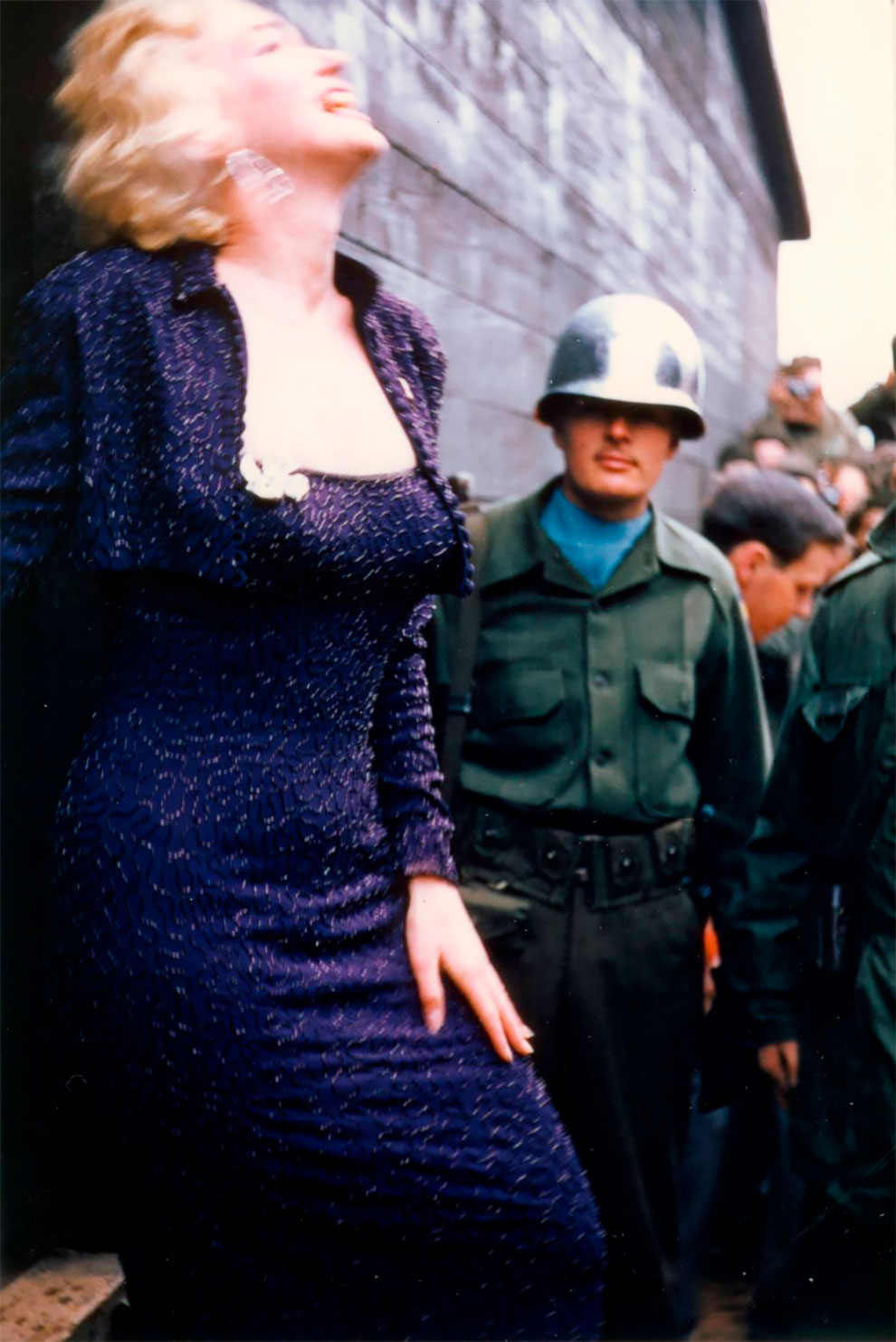