September 21-22: These Days in Photos from the Past 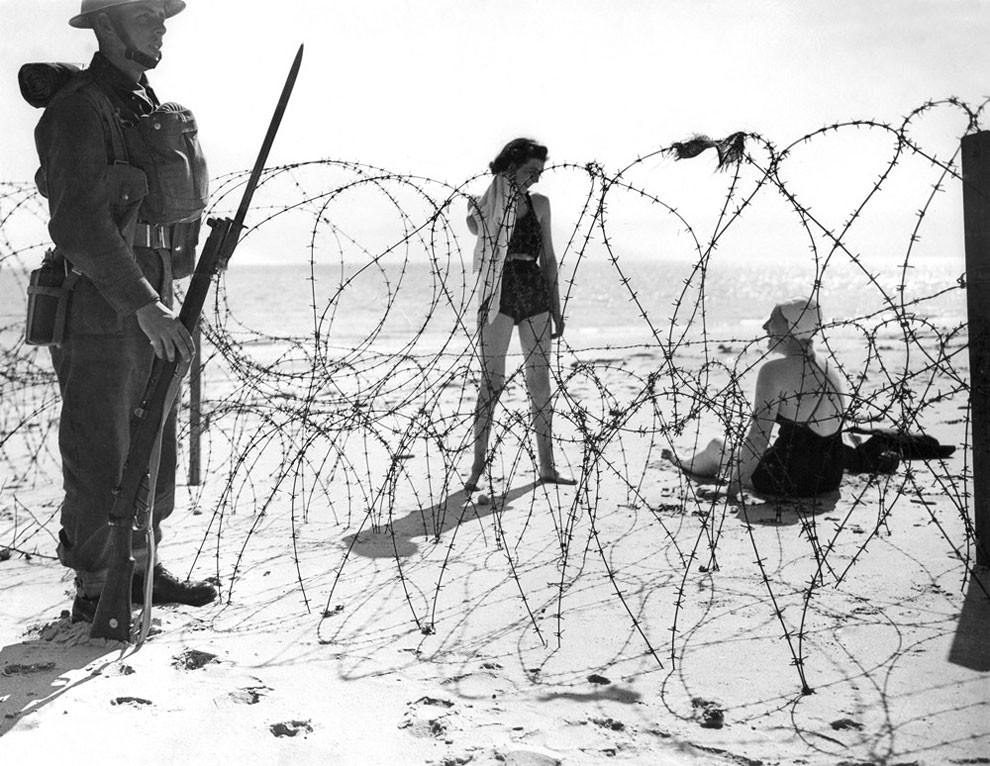 Two female holidaymakers relax on an unidentified beach of England, September 21, 1940, as a soldier, eyes straight ahead, stands guard at a barrier built as a defense against possible invasion by Germany. (Photo by AP Photo) Unidentified American soldiers watch flames and smoke shoot skyward from wrecked vessels and port installations at Palermo, Sicily on September 21, 1943. This was the result of an attack by Axis dive-bombers upon the port soon after the Americans moved in. (Photo by AP Photo) 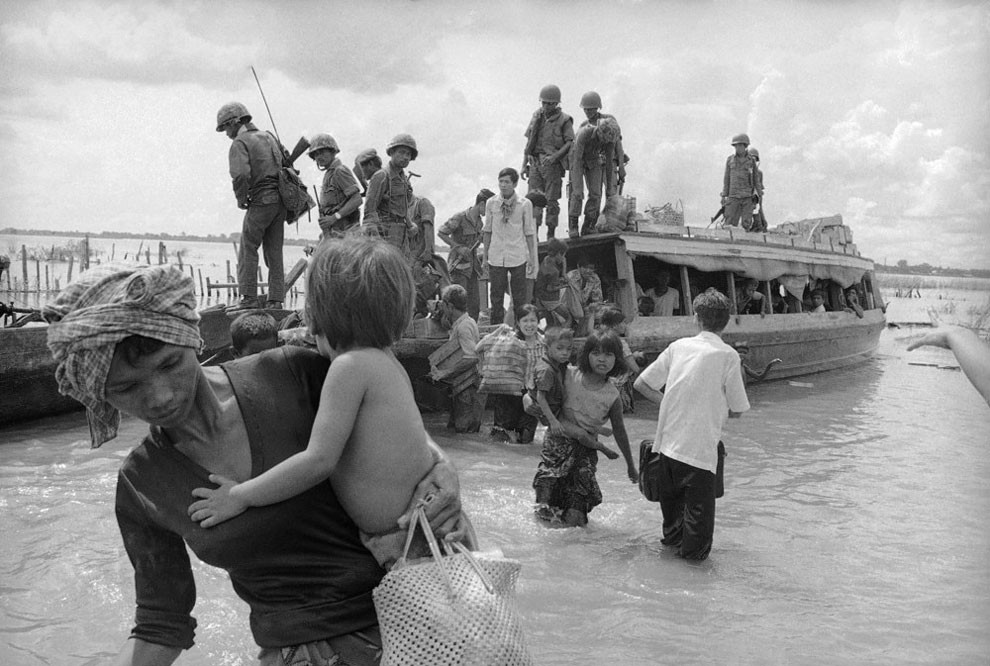 Residents of Kompong Cham, the Cambodian provincial capital near Phnom Penh, arrive on the Eastern Bank of the Mekong River as they flee fighting September 21, 1973. Soldiers in background were being transported simultaneously to defend the hamlet of Tonle Bet against attacks by Khmer Rouge insurgents. (Photo by Chor Yuthy/AP Photo) 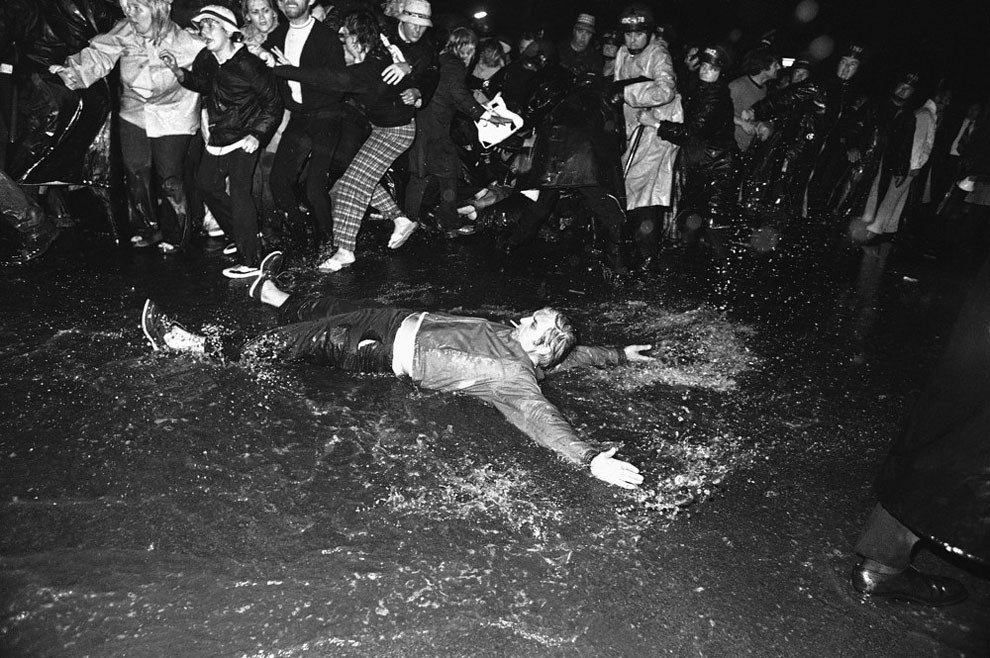 A picketers throws himself to the ground in a puddle in Boston as police try to keep others from preventing delivery trucks from leaving the Boston Globe plant with Sunday papers, September 21, 1974. A policeman was injured when one of the trucks tried to run the line. (Photo by Peter Bregg/AP Photo) 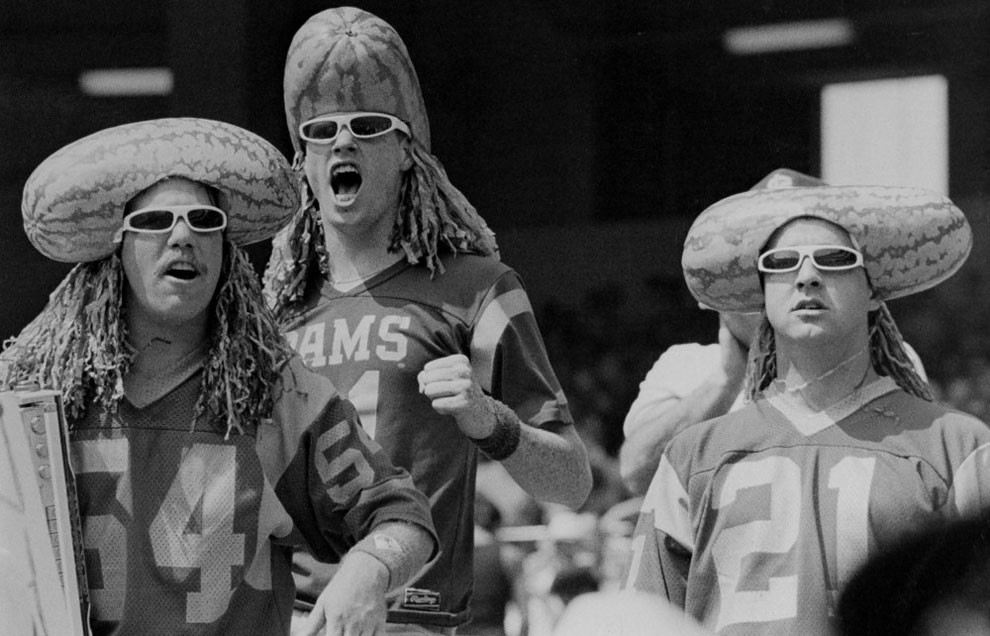 The coneheads are given a run for the money by these three Ram fans, wearing watermelons on their heads, at the Rams-Minnesota Vikings game at Anaheim Stadium, September 21, 1987. Whether their appearance was meant as hex or boost, the Rams lost, 21-16. (Photo by Reed Saxo/AP Photon) 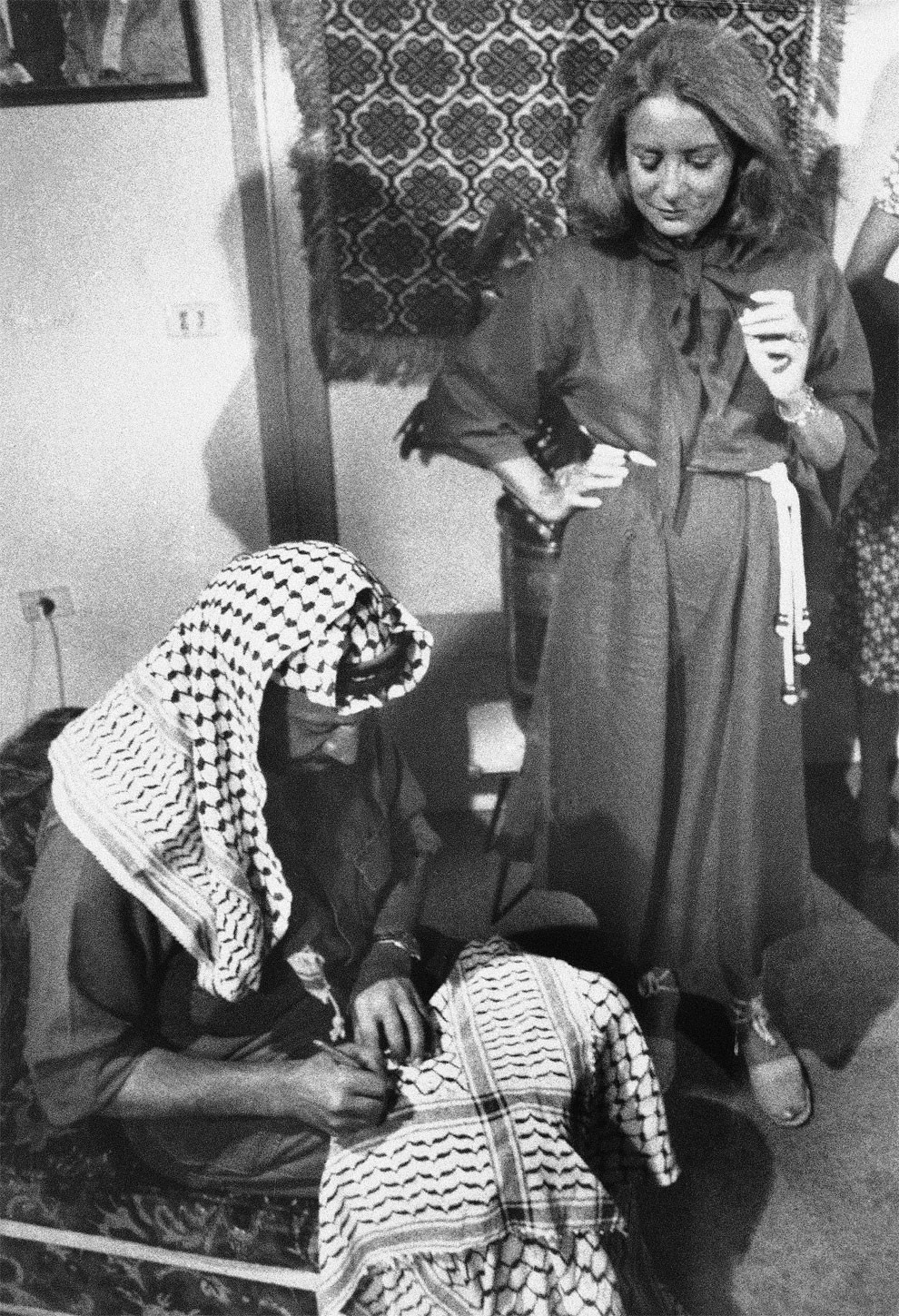 Barbara Walters of ABC-TV watches over Palestinian guerrilla leader Yasir Arafat as he autographs a keffiyeh, an Arab headdress, after she interviewed him in Beirut, September 21 1987. (Photo by Harry Koundakjian/AP Photo) 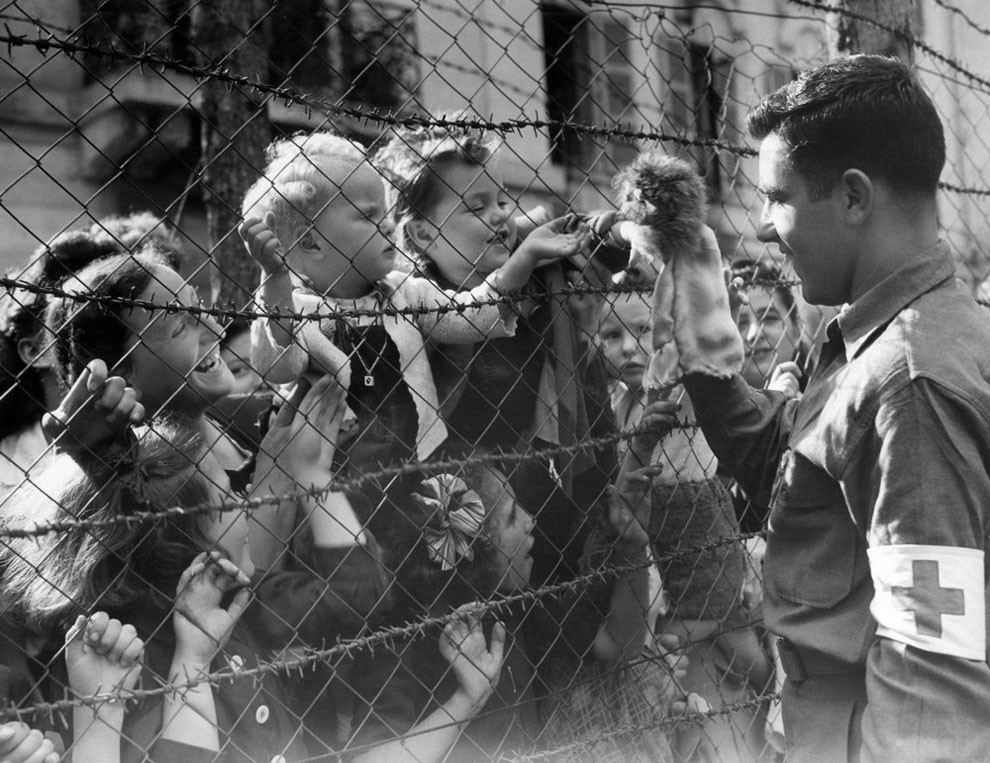 Pfc. Elbon Nicholas of Cadillac, Mich., uses a toy monkey to entertain a few of the more youthful of the 1,500 internees of the German internment camp at Vittel, in the Vosges mountains of France on September 21, 1944. The internees, citizens of the United States, England, and other Allied Nations, were released after the arrival of French troops from Gen. Patton’s Third Army on September 13. (Photo by AP Photo) 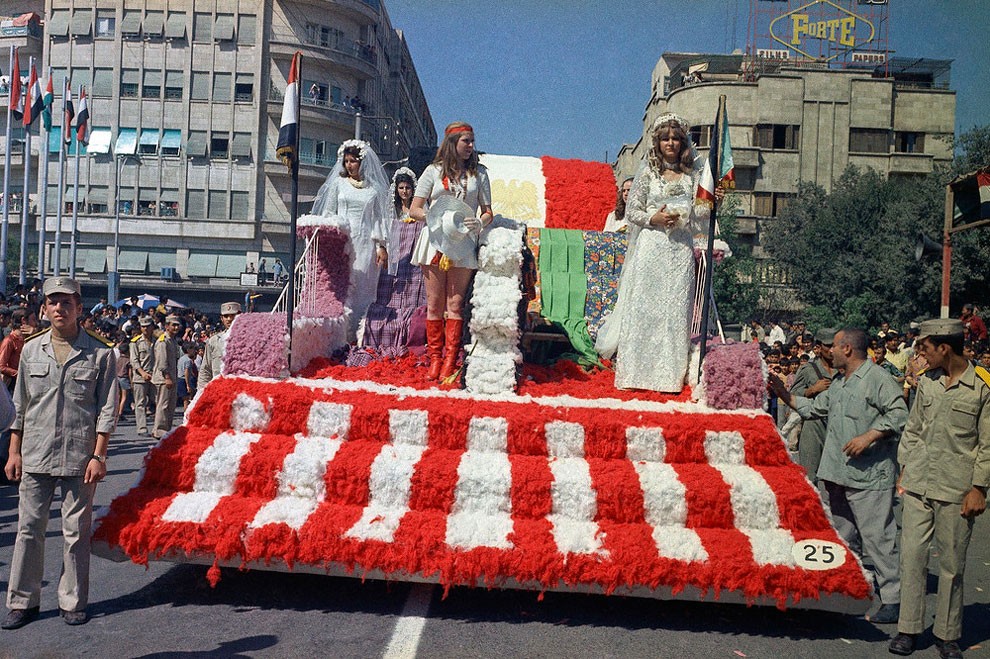 One of the floats taking part in the 18th Cotton Festival parade in Aleppo, Syria on September 22, 1973. (Photo by AP Photo/Azad) 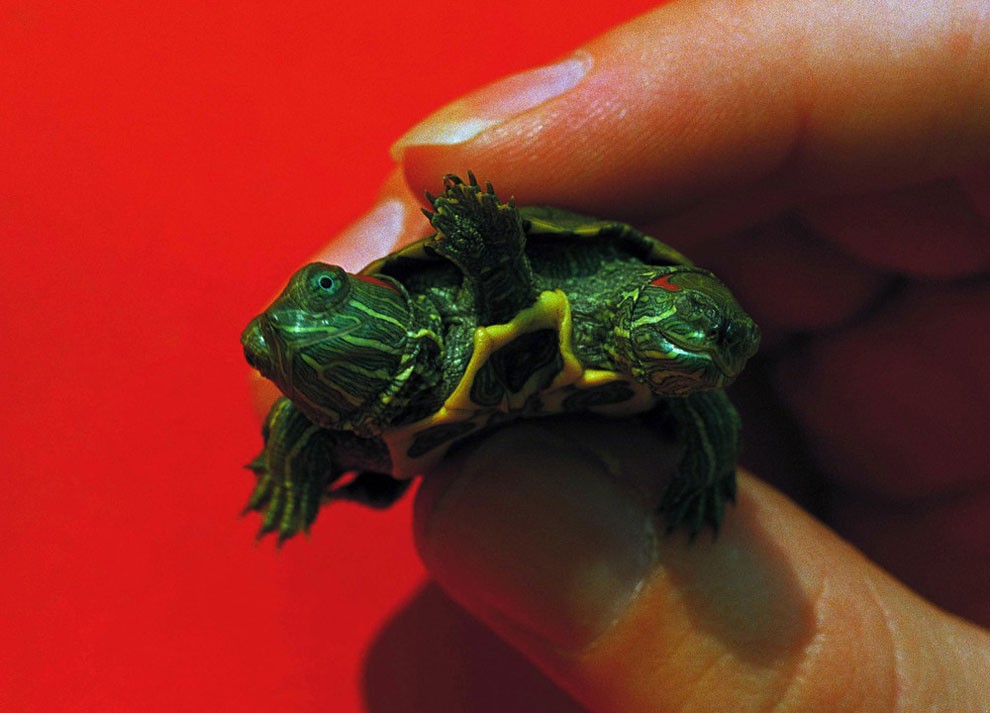 A turtle born with two heads and an extra set of legs between them is held by an employee of a Jenkintown, Pa., pet store on September 22, 1986. The owner of the store said while it was the strangest thing he’d ever seen he had no idea how long it would live. (Photo by Rusty Kennedy/AP Photo) 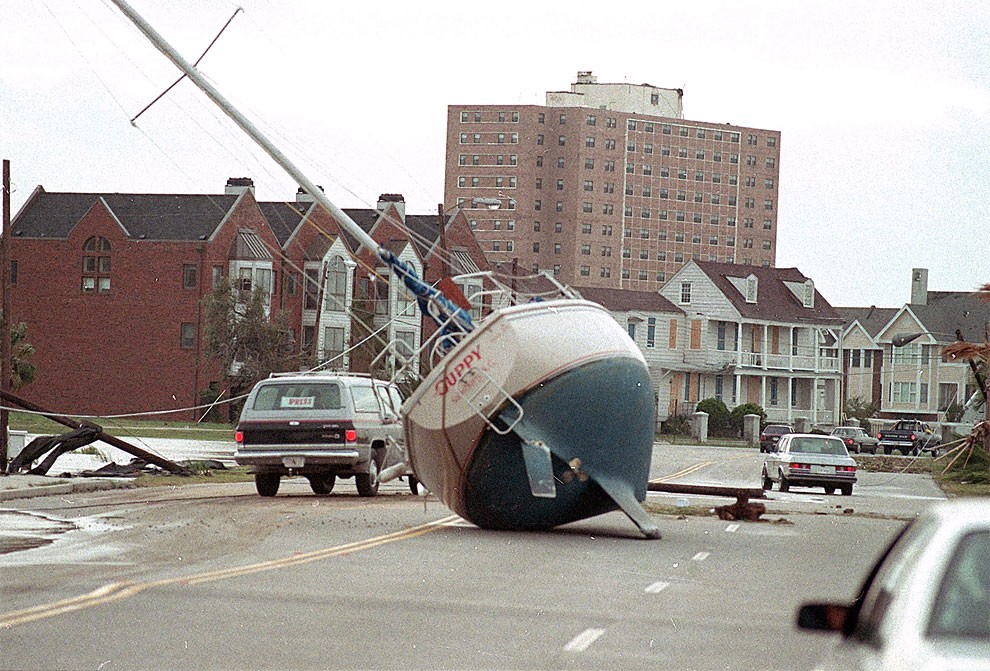 A sailboat lies in the street of Charleston on September 22, 1989 after it was washed ashore by Hurricane Hugo. (Photo by Lou Krasky/AP Photo) 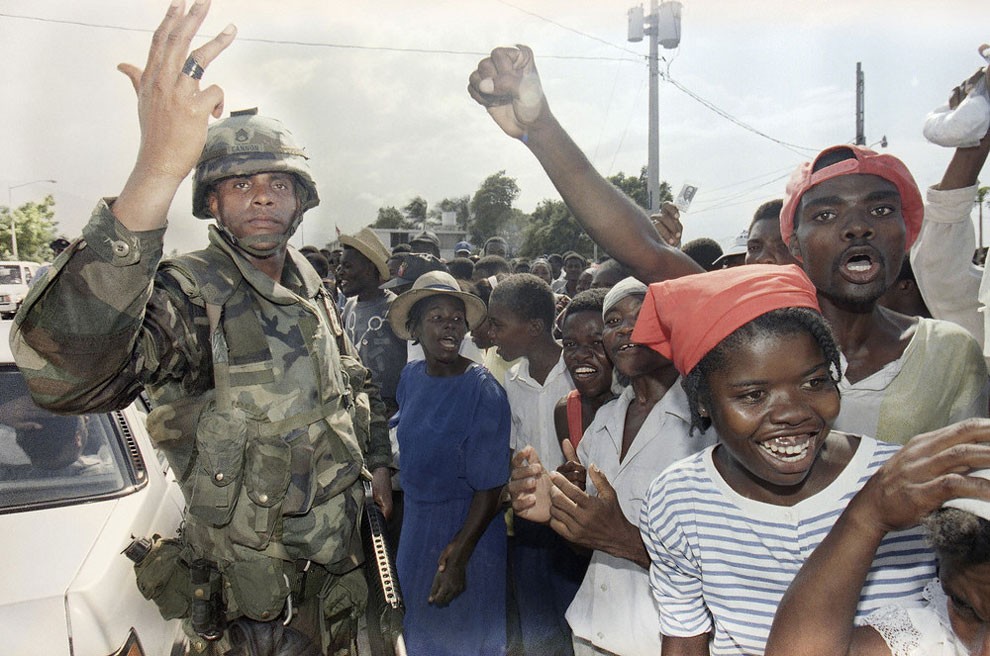 A U.S. soldier tries to calm an overzealous crowd at the port in Port-au-Prince, Thursday, September 22, 1994 as a Haitian police car passes by. The port has been secured by the U.S. military since moving into Haiti on Monday. The United States muscled toward total military control of Haiti on Thursday, breaking up the army’s heavy weapons, guarding pro-democracy activists and giving U.S. troops more leeway to use force. (Photo by Rick Bowmer/AP Photo) 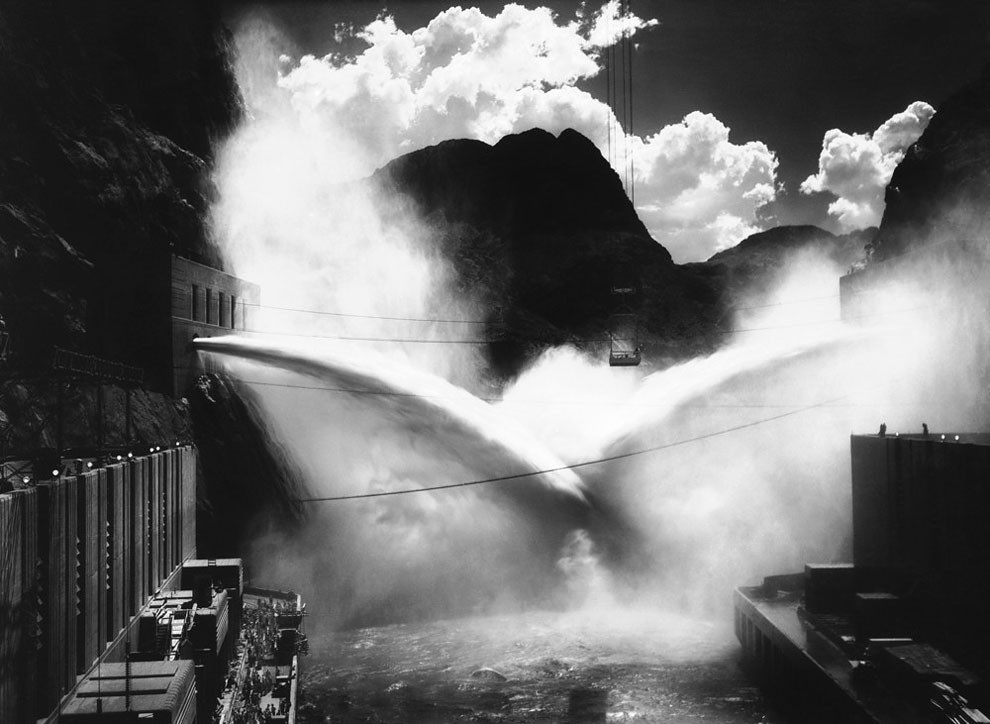 The mighty man-made falls of the Colorado River with the six outlets wide open in a night display. Since the start of generation of power here the dam has been a night-time Mecca for tourists in Los Angeles, September 22, 1936. (Photo by AP Photo) 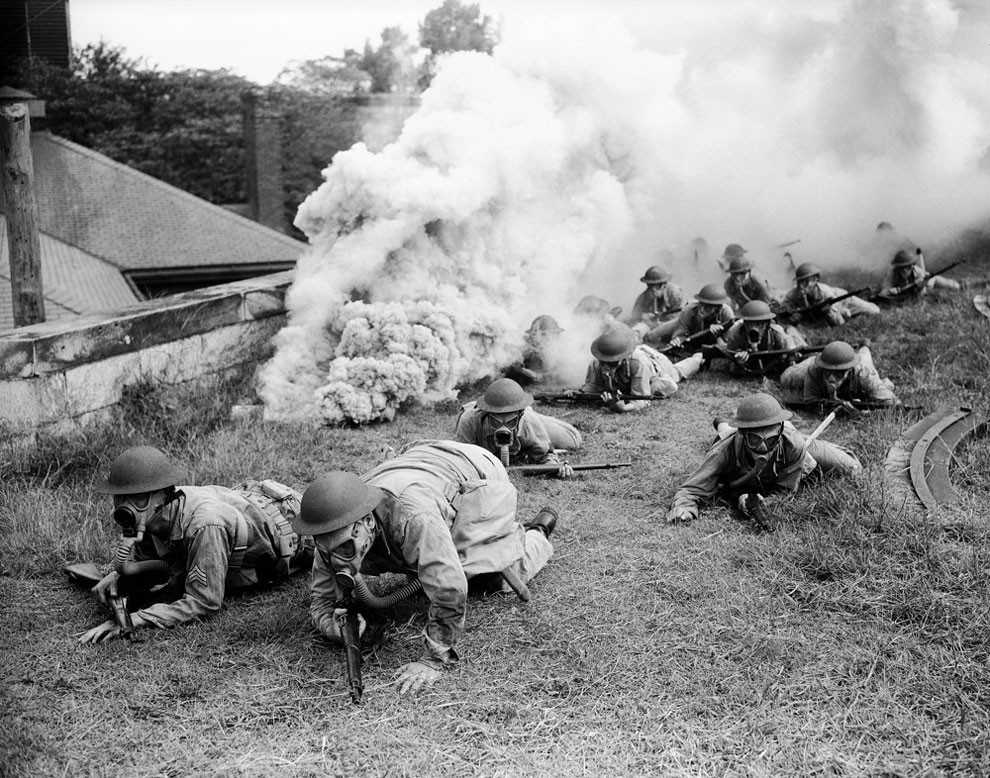 Crawling through protective smoke, U.S. troops press a Ranger-type attack upon their objective after crossing a moat, these simulated battle conditions were part of maneuvers at a U.S. eastern seaboard training center on September 22, 1942. (Photo by AP Photo) 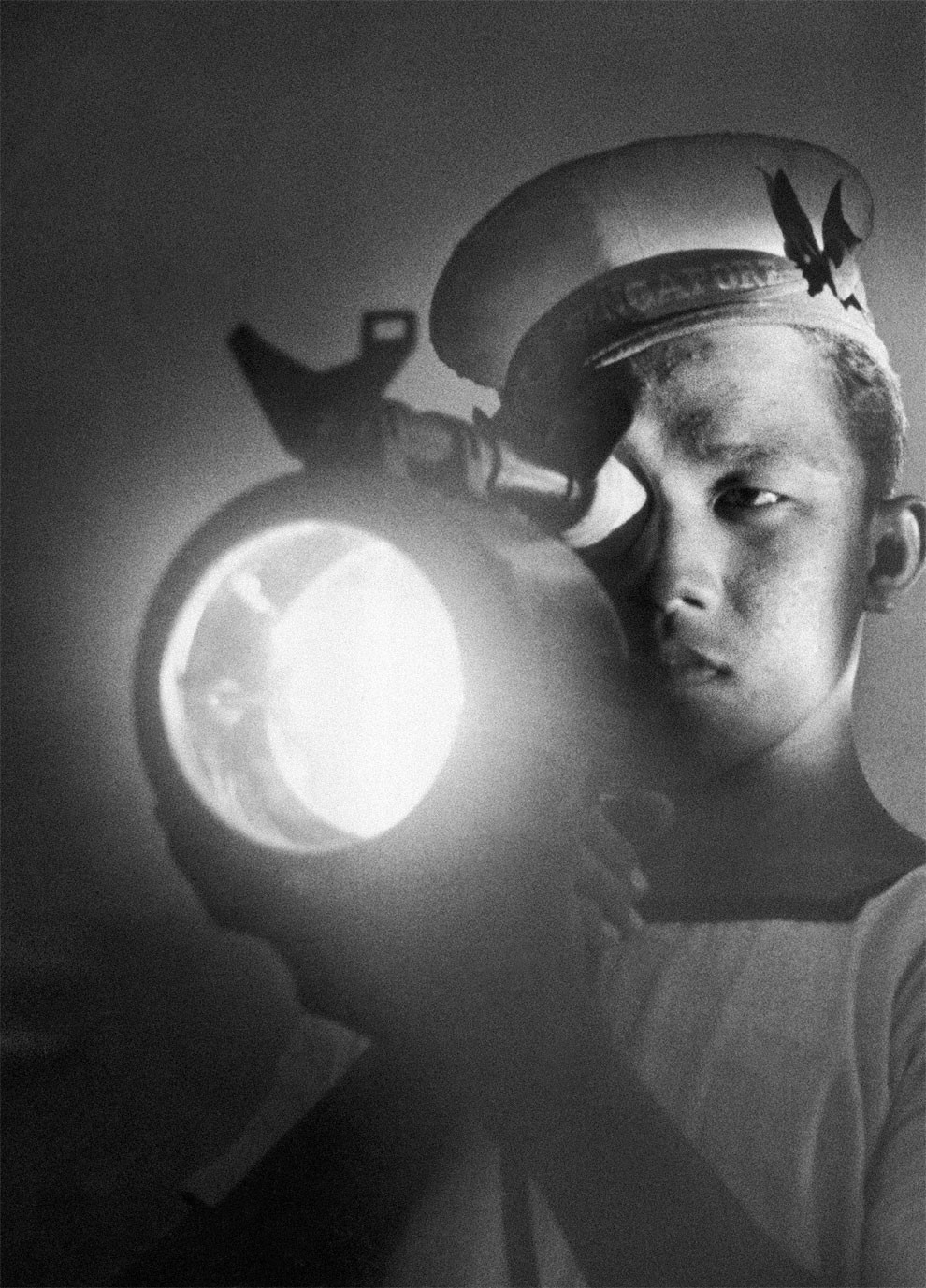 A Malay Seaman uses a blinker light to challenger approaching vessels around the minefields off the coast of Singapore, September 22, 1941. (Photo by AP Photo) 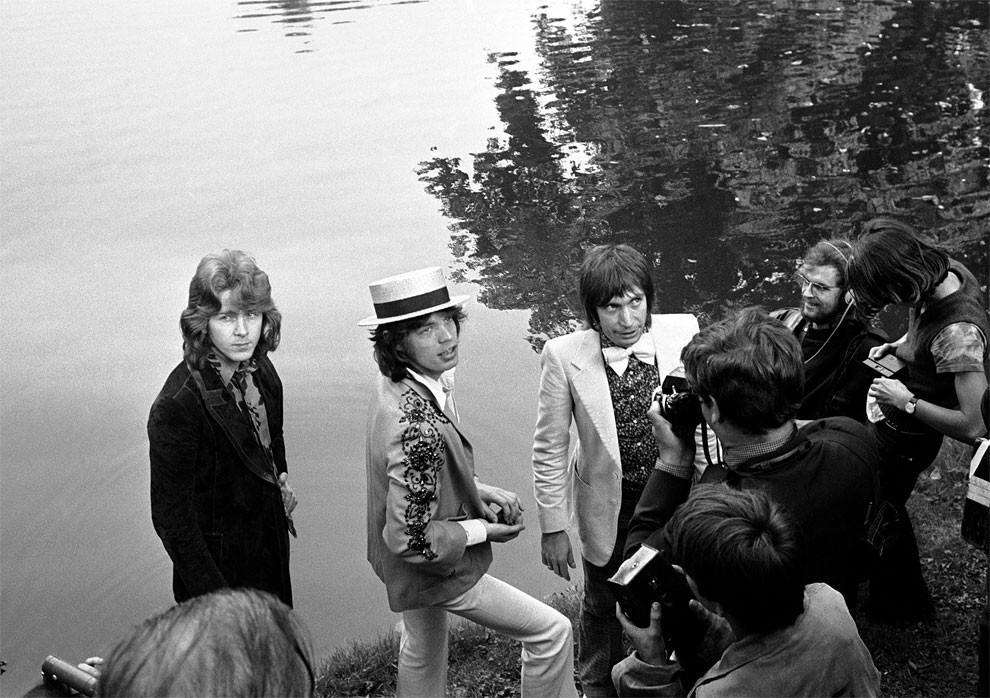 Mick Jagger, center, lead singer of The Rolling Stones pop music group, dons a straw hat as he and guitarist Mick Taylor and drummer Charlie Watts, right in bow tie, during a press conference at the Bois de Boulogne in Paris, France on September 22, 1970. (Photo by AP Photo)