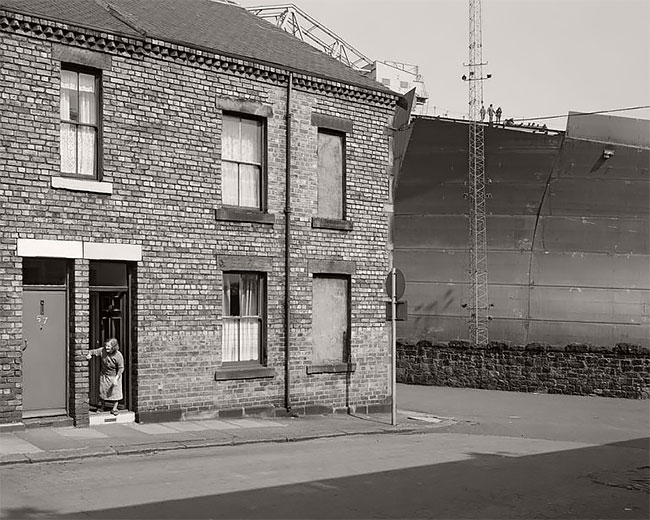 Chris Killip’s photographs of shipbuilding on Tyneside show us hulking ships and industrial cranes as backdrops to everyday life in Wallsend and South Shields. The ship Tyne Pride, which he photographed in 1975, was the biggest ship ever built on the river, but also one of the last.

“Even then I had a sense that all this was not going to last,” he says, “though I had no idea how soon it would all be gone.”

In an early photograph, Tyne Pride looms over children playing in the street. Only two years later, another photograph shows the same street demolished, dramatic evidence of the industry’s decline. Other photographs capture the energy of the mid-1970s, with ships under construction and shipyard workers streaming out of the gates at the end of shift. Chris Killip (born 11 July 1946) has given this set of exhibition prints to Newcastle Laing Museum in honour of the shipyard workers of Tyneside.

“The working class get it in the neck basically, they’re the bottom of the pile,” says Chris Killip. “I wanted to record people’s lives because I valued them. I wanted them to be remembered. If you take a photograph of someone they are immortalised, they’re there forever. For me that was important, that you’re acknowledging people’s lives, and also contextualising people’s lives.” 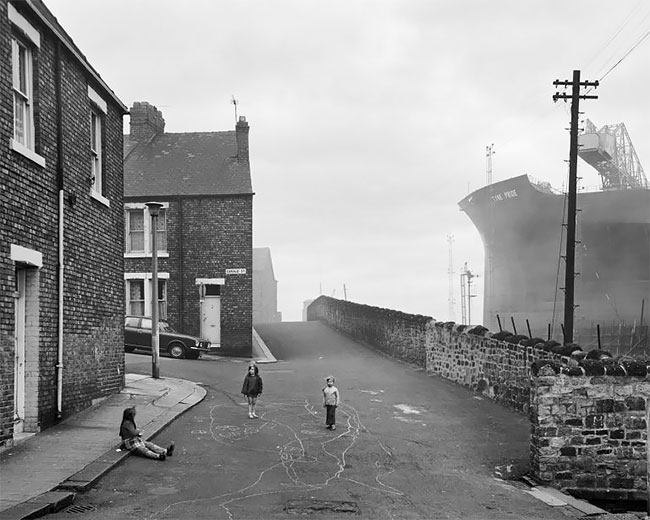 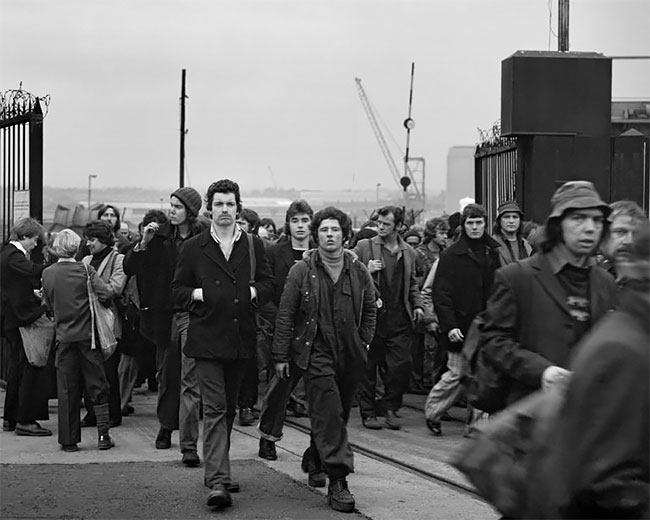 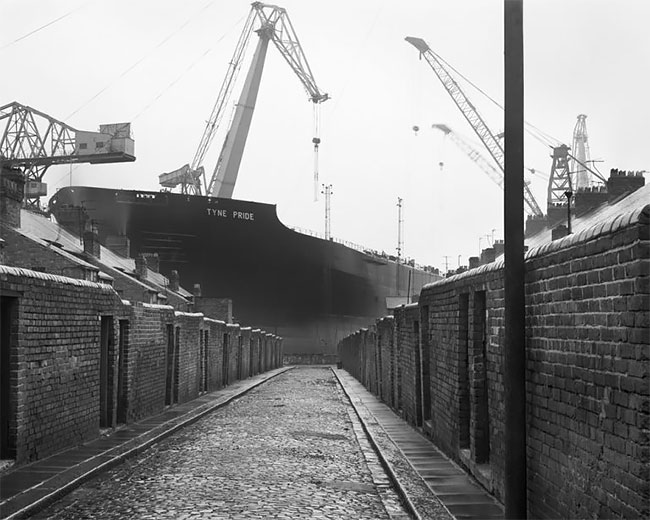 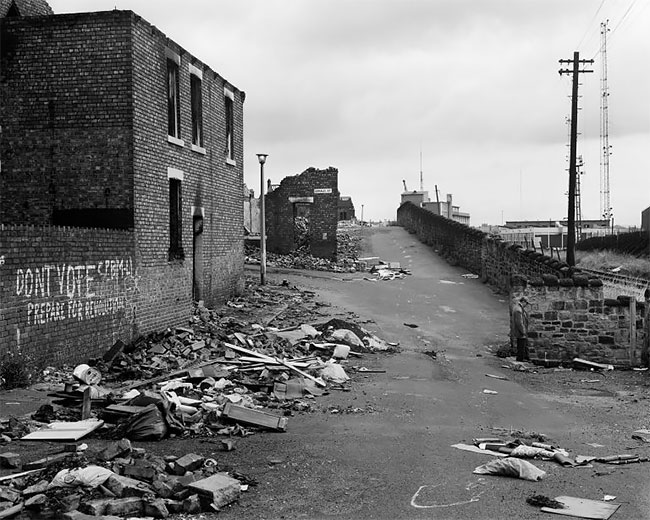 Tyne Pride at the end of the street, Wallsend 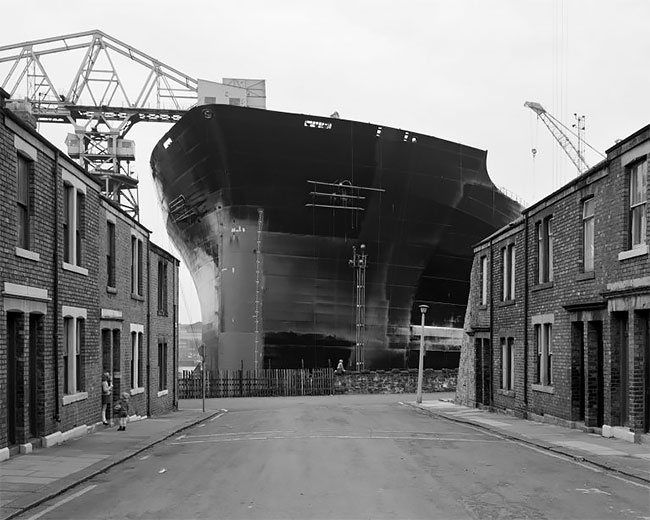 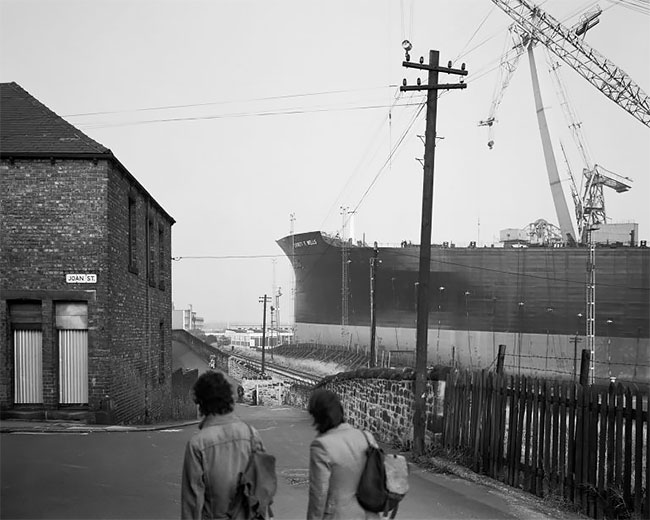 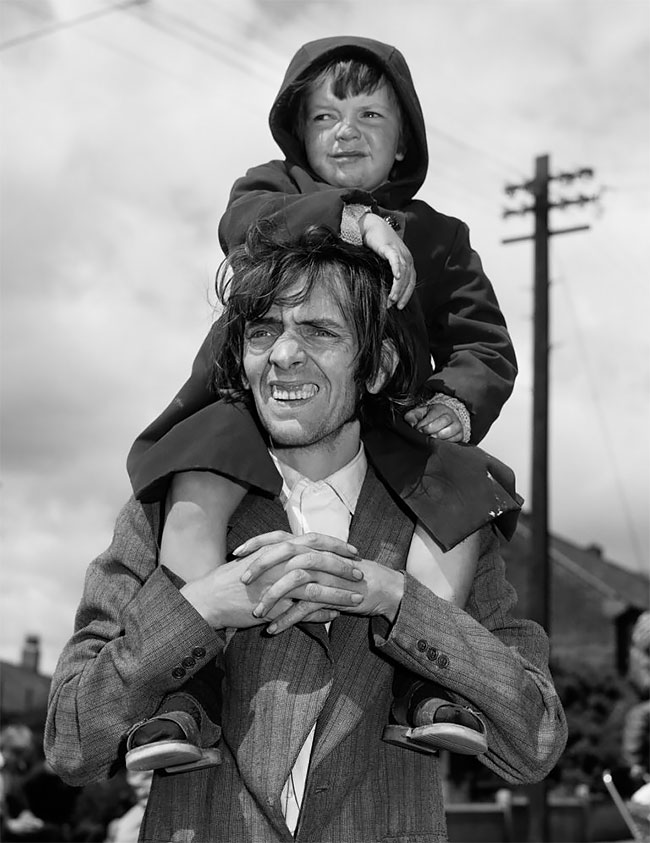 A Car Dumped on the Beach Has to Be Outmanoeuvred by the Seacoalers, Lynemouth, Northumberland, UK, 1982 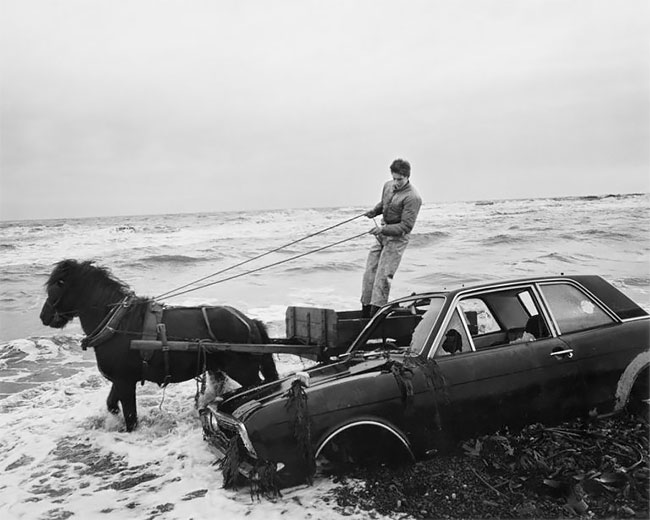 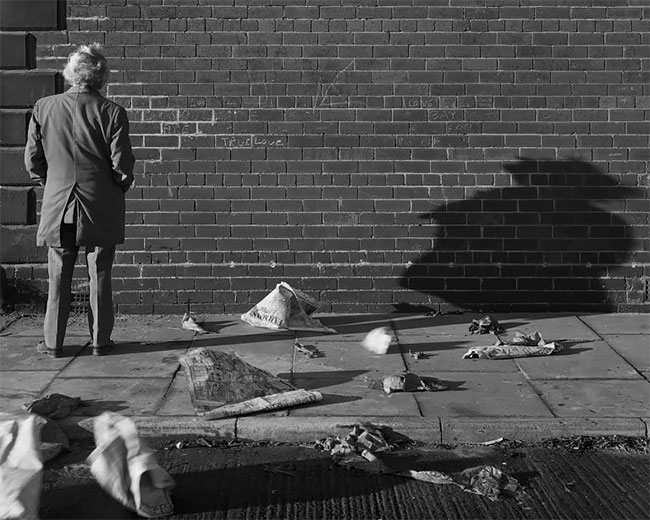 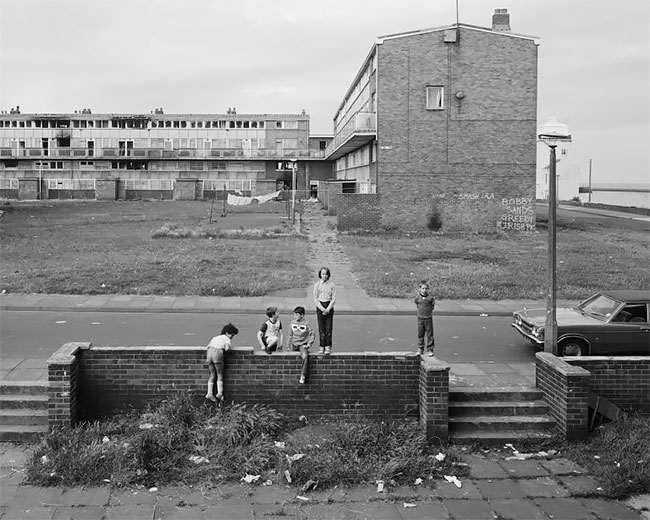 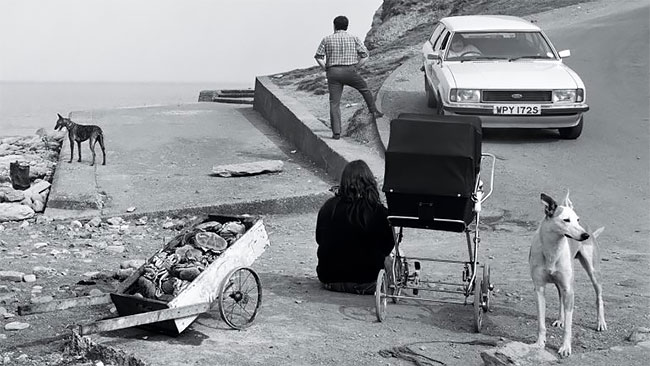 September 15: This Day In Photos From The Past
Stunning Photos Of 2021 Natural Landscape Photography Awards
22 Rare Photos You’ll Never See In Textbooks
Out Of This World: Magnificent Entries For The UK Astronomy Photographer Of The Year 2017
Russian Colledge Girls for Mr. Putin
Photographer Emily Lauren Wants To Change The Way We See Female Beauty
How Soviet Space Dreams Became A Photographer’s Inspiration
The Cross Sections Of Bullets In Macro Photographs By Sabine Pearlman
Tiny Dancers Among Us: Jordan Matter Captures Amazing Photos Of Dancing Kids
Cleaning the Ads
GuruShots: Winning Photographs from The Impressive Still Life Contest
Winning Images Of The Australian Geographic Nature Photographer of the Year
Photographer Shot Portraits Of Strangers Before And After She Kissed Them
Diverse Faces Of Siberia: Beautiful Portraits Of The Indigenous People Of Siberian Region Captured By The Photographer Alexander Khimushin
People Are Sharing Pics Of Life 50-100 Years Ago And They Might Put Things In A New Perspective
"Real Life Film Noir": Vintage Crime Scenes From The LAPD Archives
Beautiful Pictures of Female Surfers as They Plunge Beneath the Ocean Waves
Fabulous Photos of Christmas Shopping In New York City, December 1910
Smart Bullet Path
Beautiful Winning Photo Works Of The 2018 Environmental Photographer Of The Year Contest
These Autochrome Photos From The 1920s And '30s Resulted An A Painting-Like Quality That Not Even Today's Best Instagram Filters Can Replicate
Winners of the 7th Annual Wikimedia Photo Awards
Vintage Photos Capture Lovely Moments Of Australian Children In The Summer
Photographer Captures Side-By-Side Portraits of People Over 100 with Their Younger Selves
Photographer Explores The Relationship Between Photography And Painting Through The Use Of Light
Photographer Created A Dark Fantasy Photography Series About Mermaids Forced To Live On Land
Colorful Photos Of The Latin America's Interiors From The 1980s And 1990s
PIXERS: Your Walls & Stuff
2013 National Geographic Photo Contest, Part 1: "Places", Weeks 1-3
Spectacular Winning Images of The WildArt Photographer of the Year 2021
Chris Killip, industry, photography, retro, ship, Tyneside, UK, yard