“Of War And Peace”: Spanish Artist Shows His Vision of Protests and War in Syria 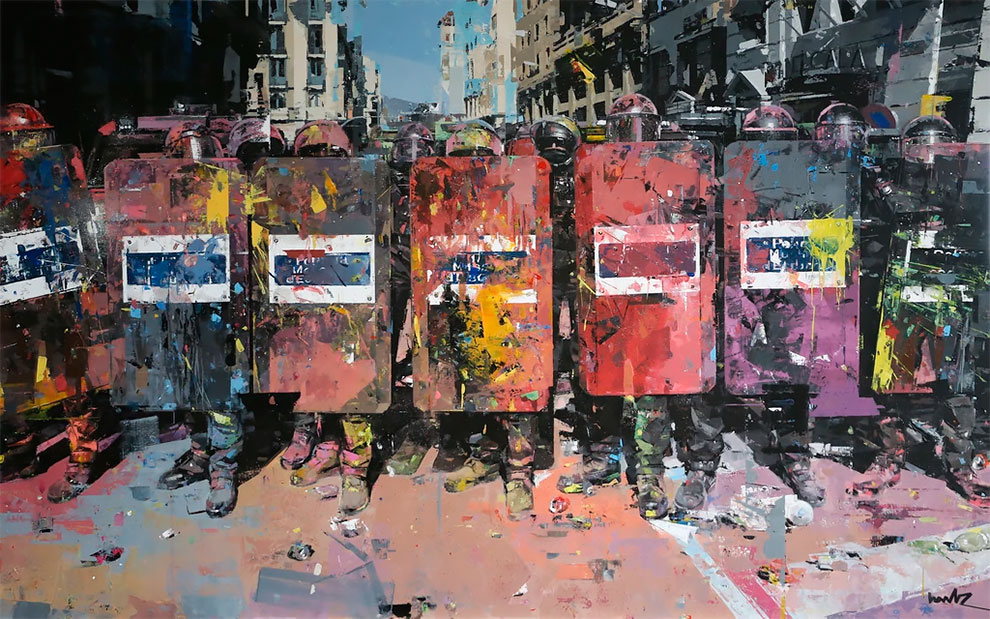 Meet Haitz de Diego, a contemporary artist born in Ondarroa, in the Basque Country. According to an Haitz de Diego: “I was born in 1979 in a little coastal town called Ondarroa, in the Basque Country. I was raised and immersed myself in the world of painting and illustration an early stage, spending hours drawing In my grandpa’s lap while my parents continued their studies. However, my parents soon realized drawing was not a mere child hobby for me but a passion.” 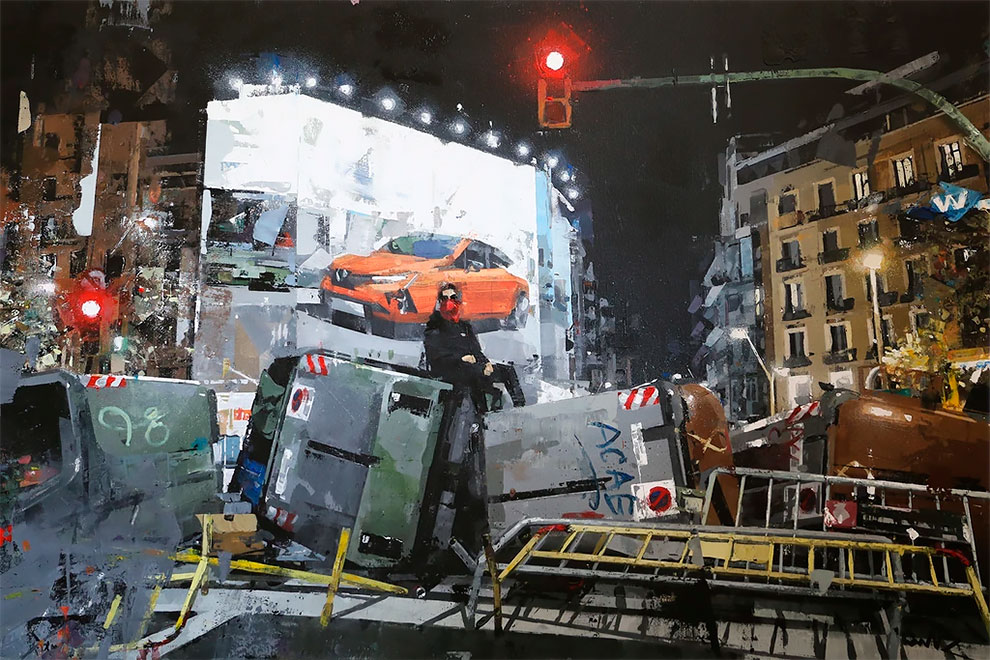 “In primary school, I would just focus, pencil in hand and allow my imagination to fly away. At the age of 17, I left my hometown and moved to San Sebastian. I studied 3 years of Graphic Arts. ” 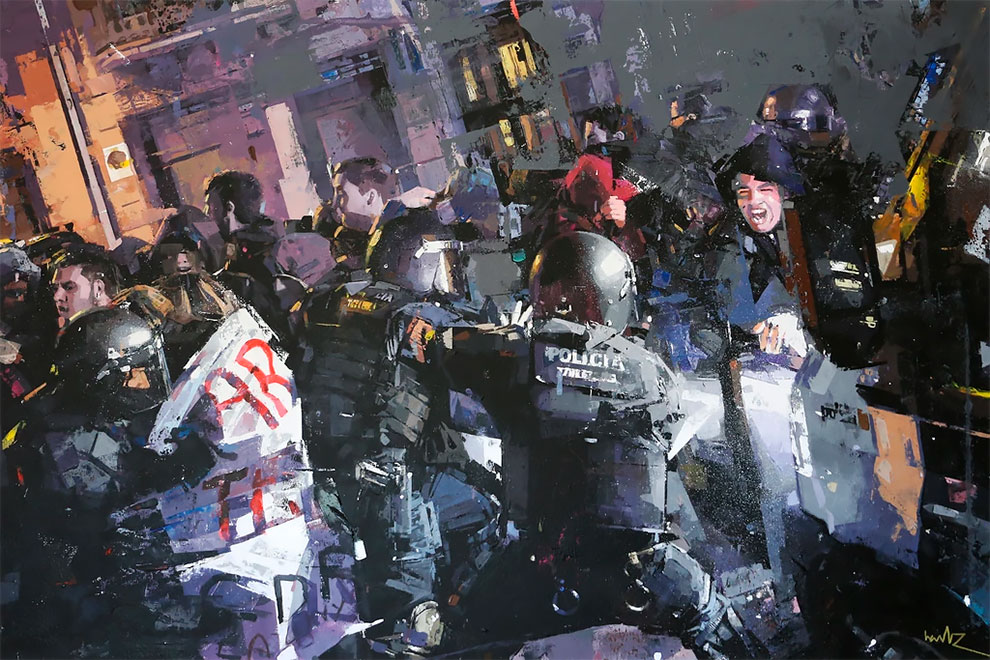 “After this experience, I decided it was time to jump to the big city- Barcelona. This is where I continued studying Graphic Arts for three more years. It allowed me to perfect techniques in drawing and painting. To pay for my studies, I worked In various full-length projects, short films and for different film producers In Barcelona, as well as In Madrid. It was during this stage that I specialized in storyboards and support in campaign designs for several prestigious directors and advertisement agencies (Young&Rubicam, Bassat&Ogilvy, etc.. )” 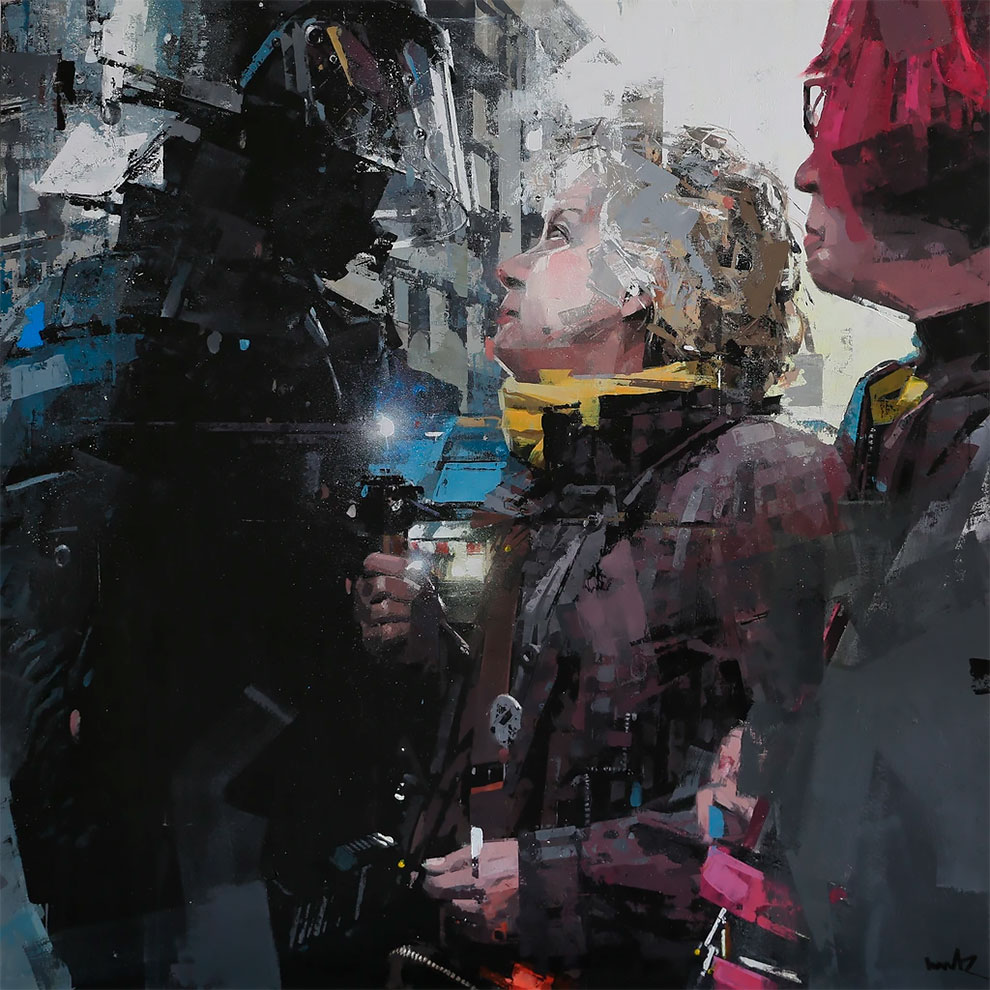 “Trying to leave no stone unturned, I decided to step out by myself and start this project that had been long postponed. After working on some of my canvas’ for commissioned work I chose to prioritize, and I remembered that time with my grandparents. I realized that although I was told I could not live from my passion, this was the one thing that would make me feel proud.

Happiness is being able to work long hours in my studio and seeing the results of my work.” 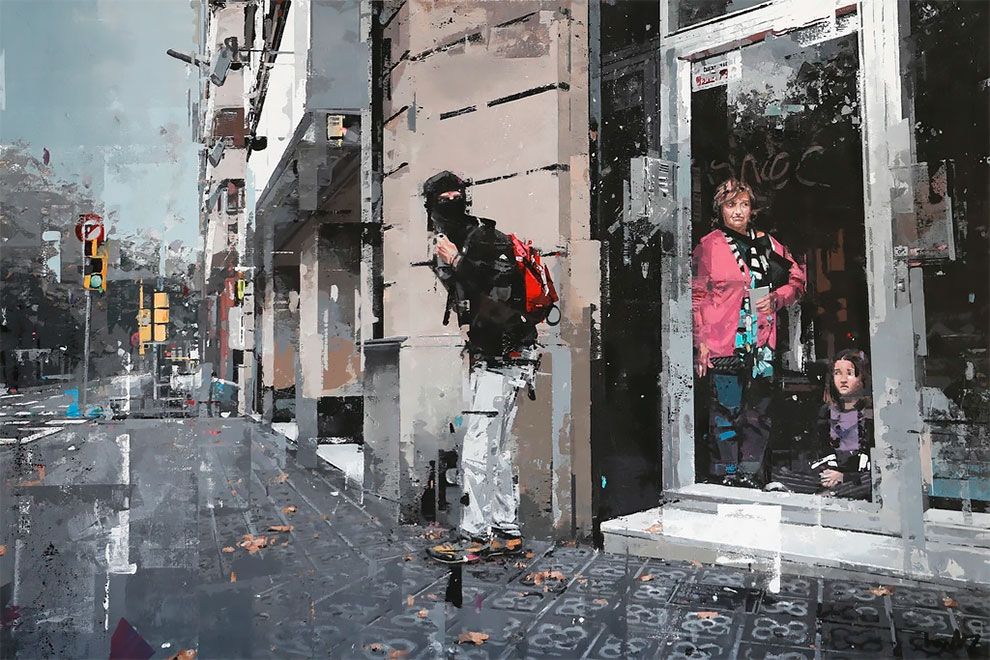 Syrian war Series about a escape of a father and his little daughter from Syria:

“Hope is the last thing you can lose, so you can see a little part of light in this heart-rending darkness. Colors are desaturated, brush-strokes are rude, the illumination is weak… that’s what my heart feels and displays on a empty square. This is the story about how a father and his little daughter escapes from this untouchable transparent reality,” he said. 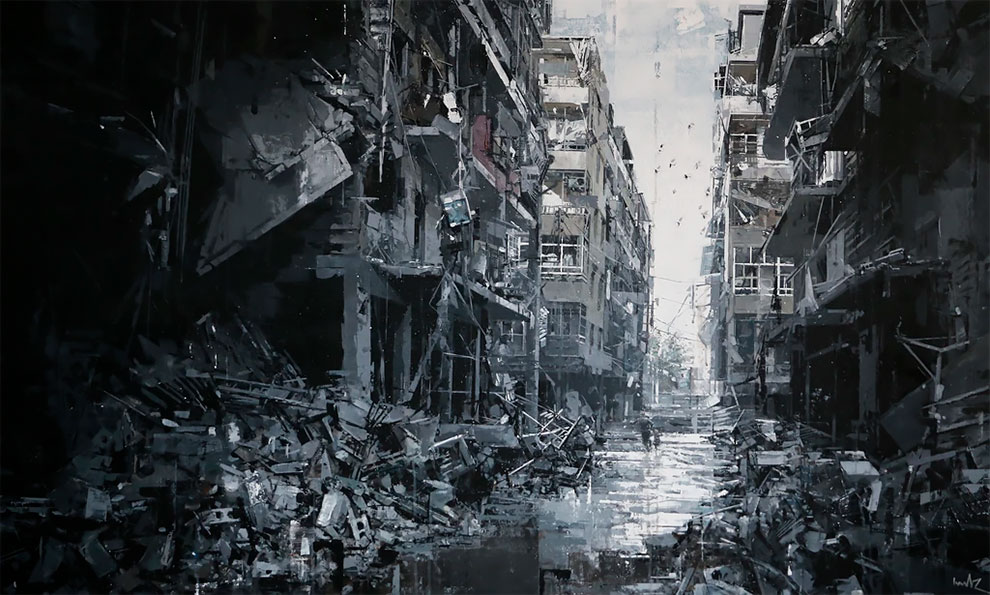 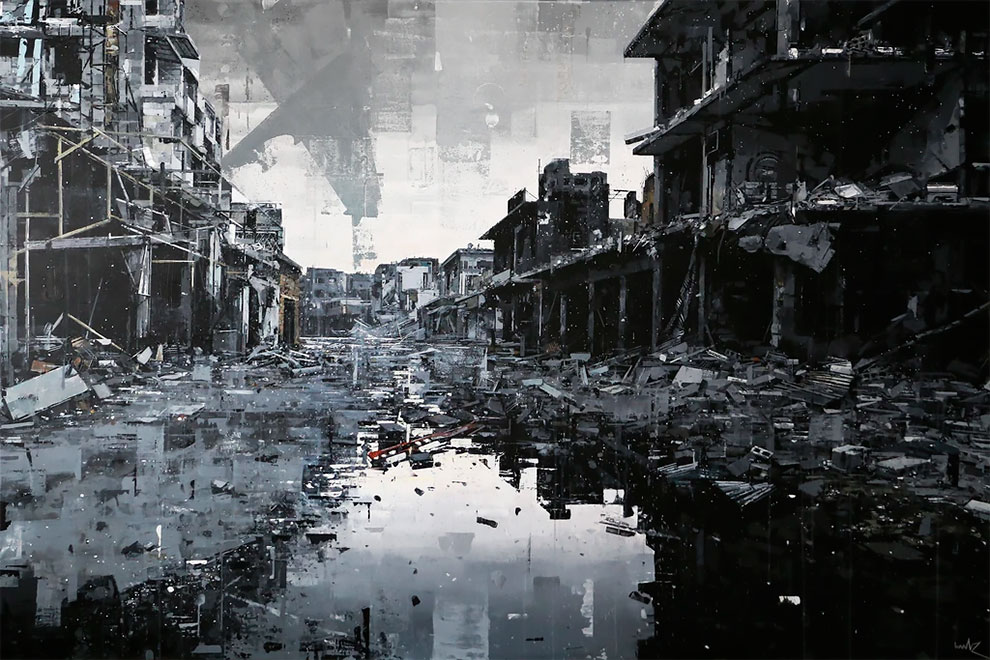 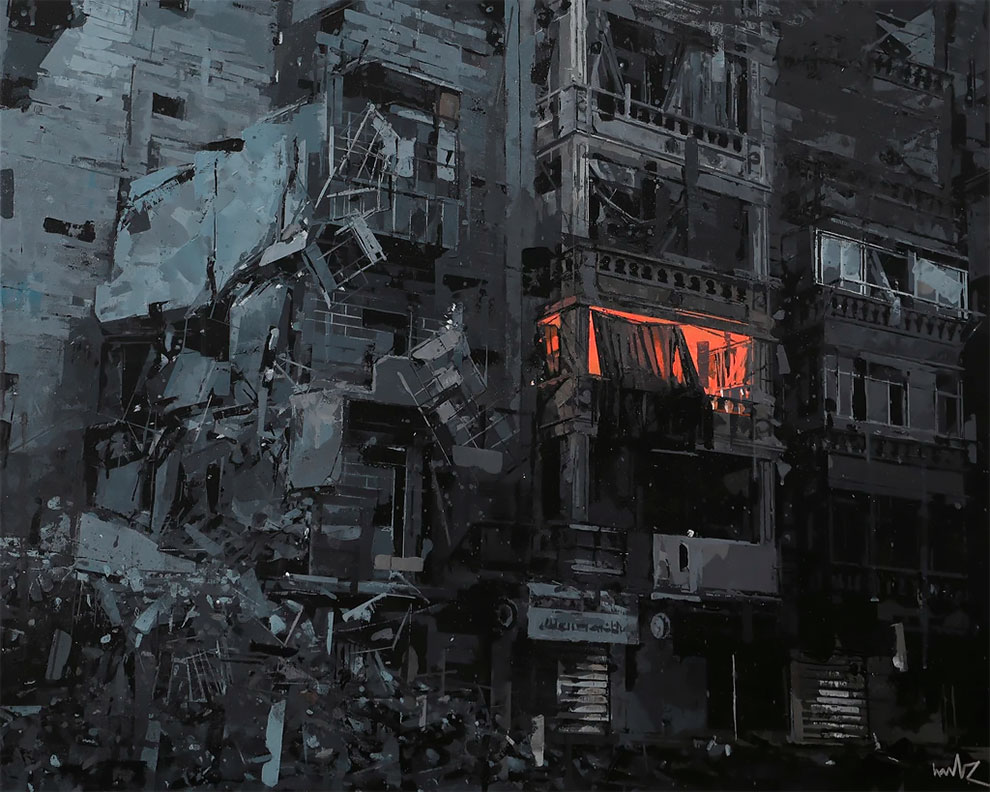 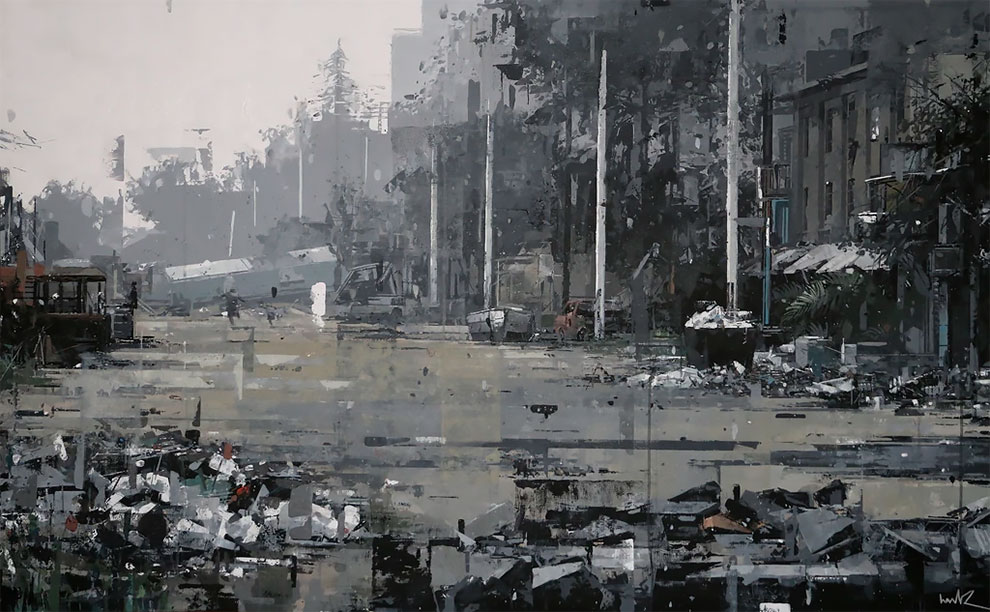 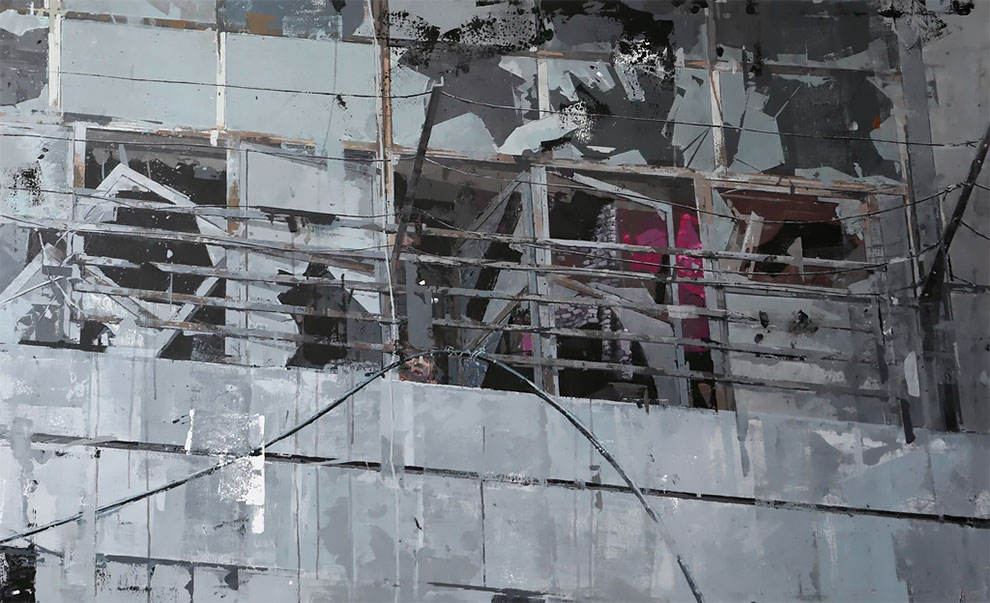 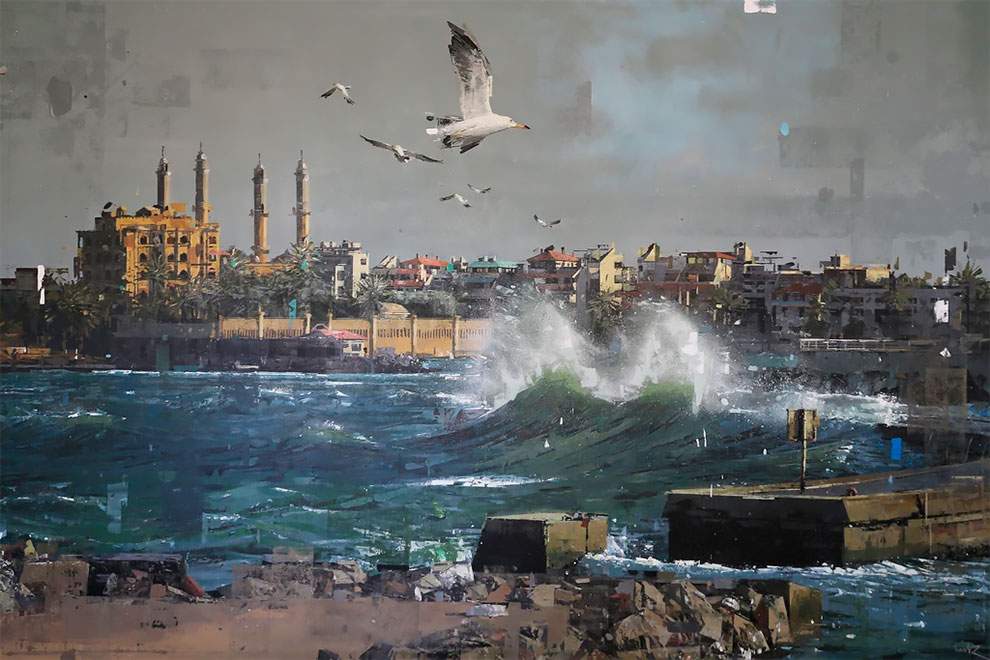 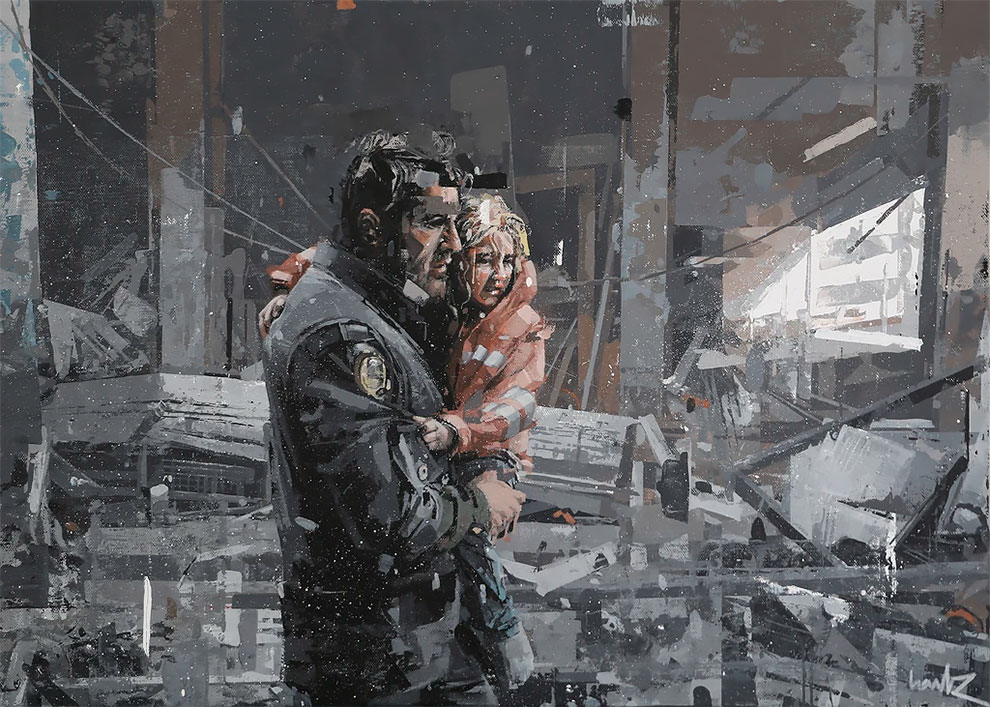 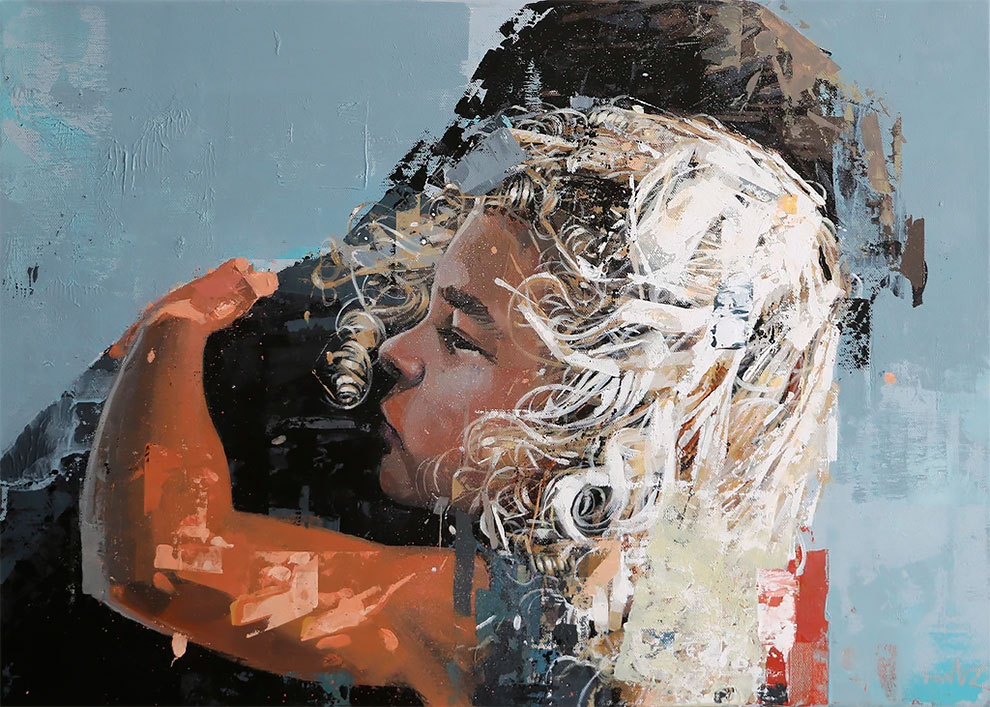 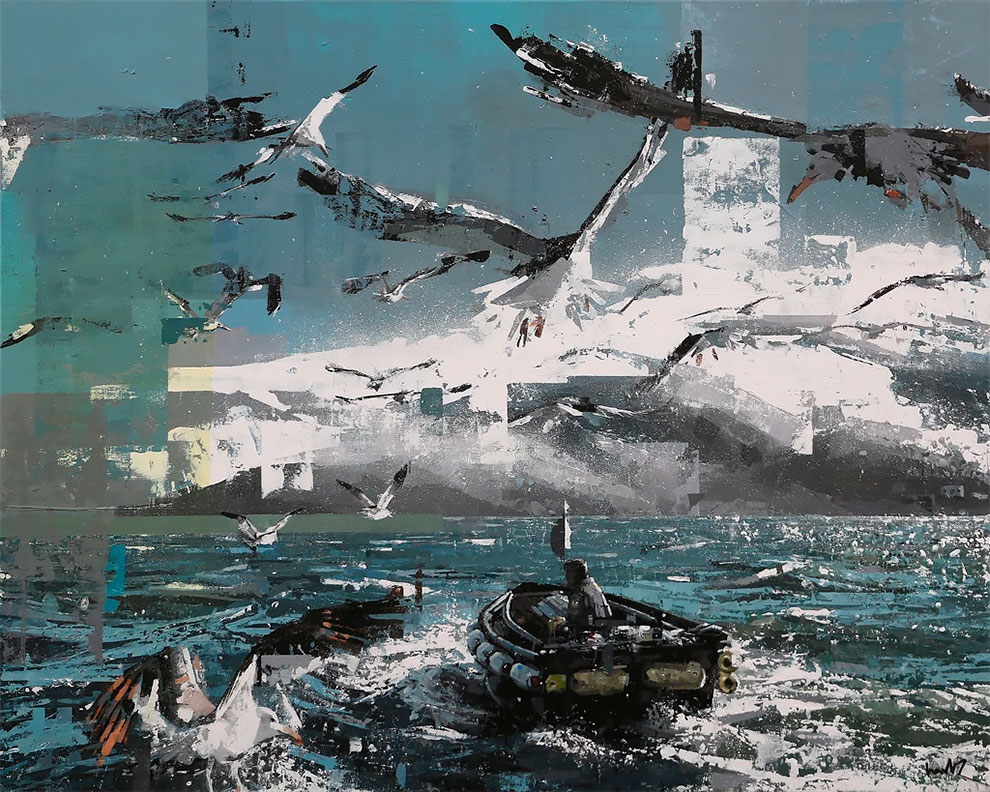 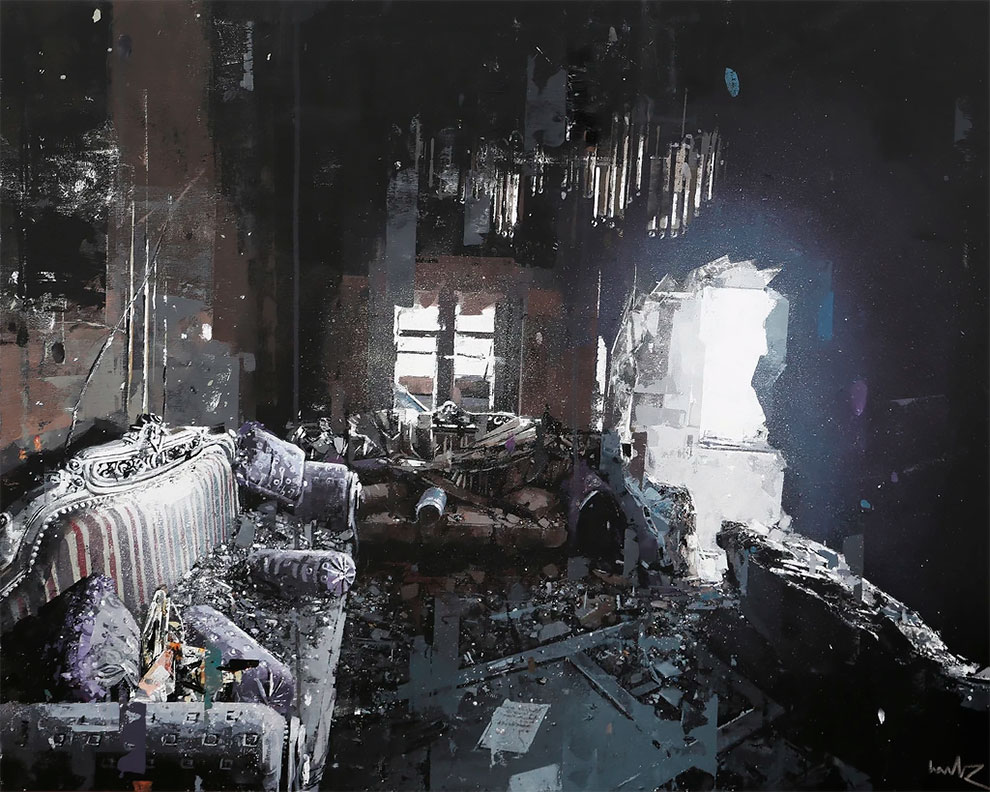 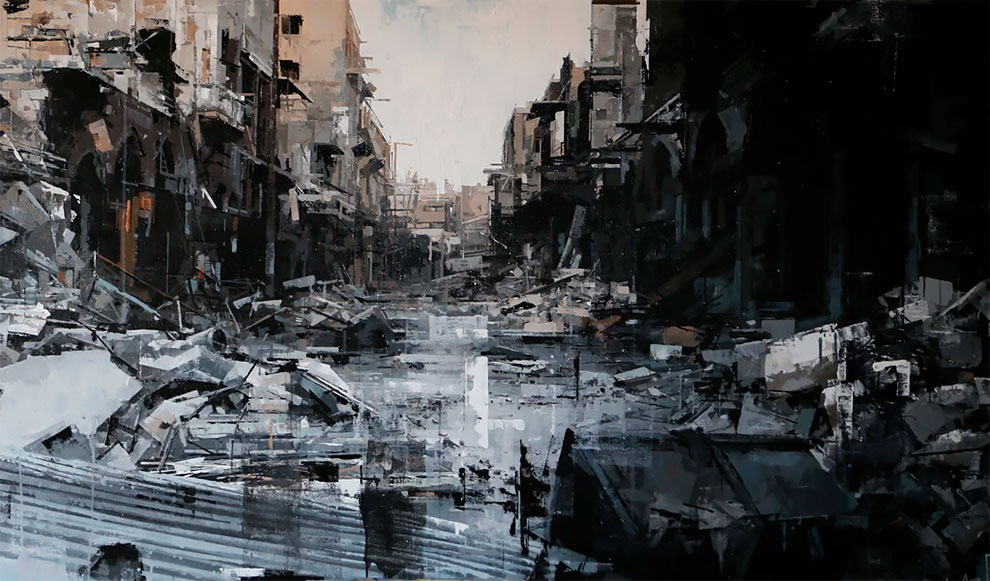 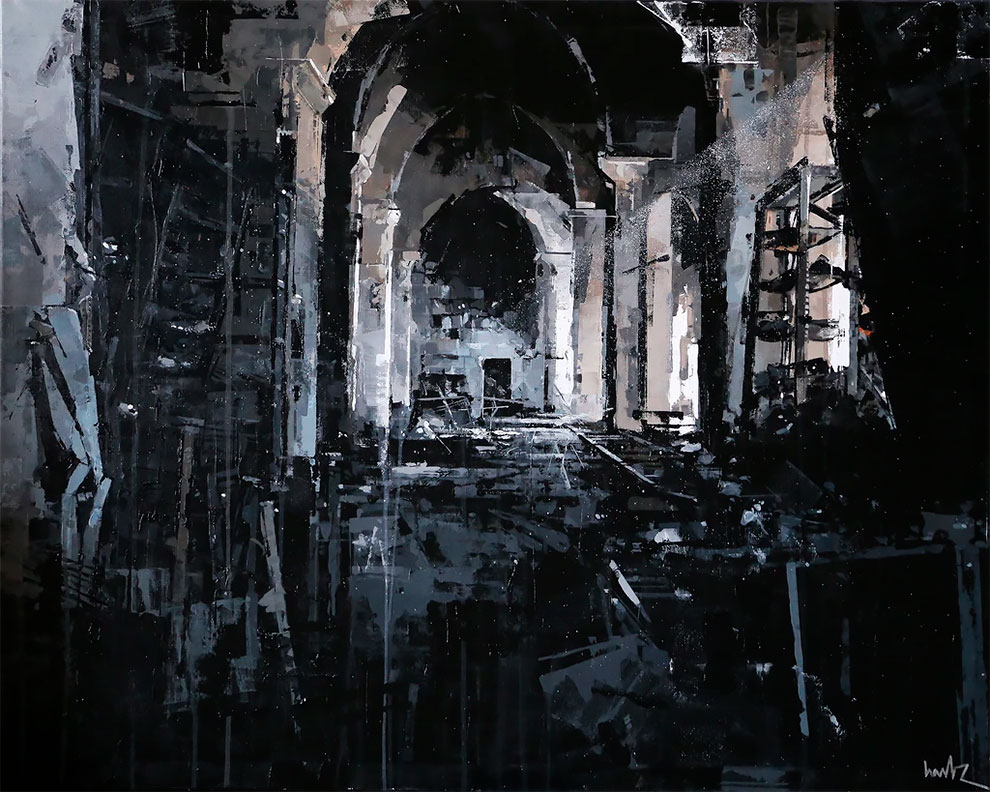 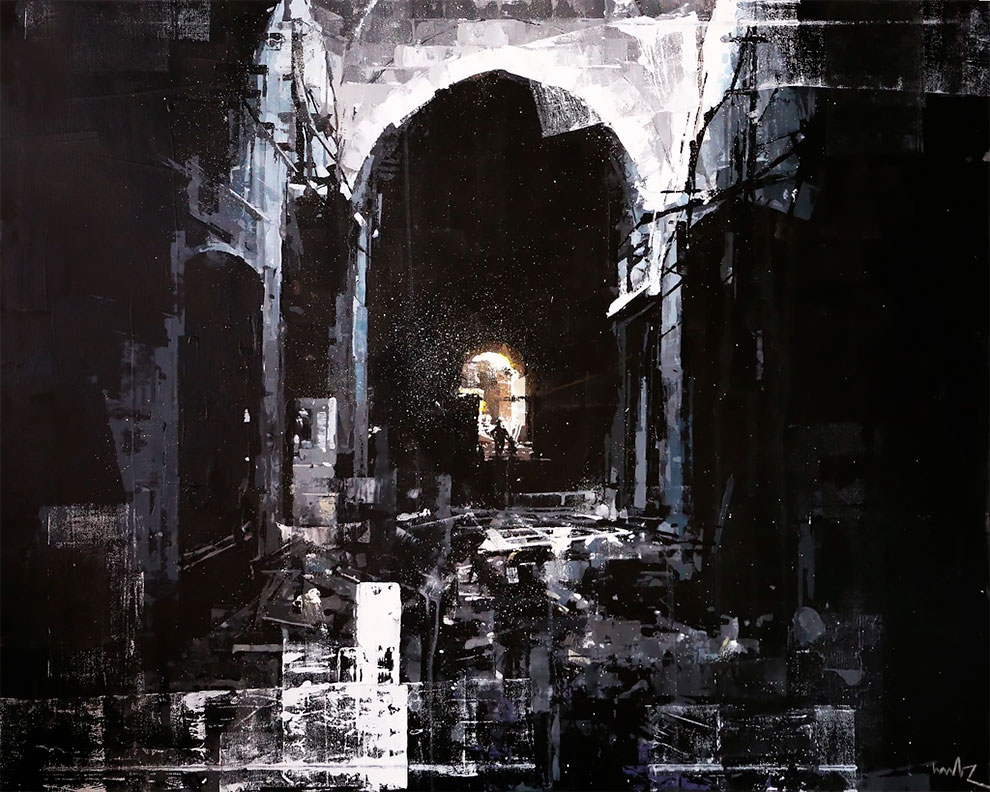 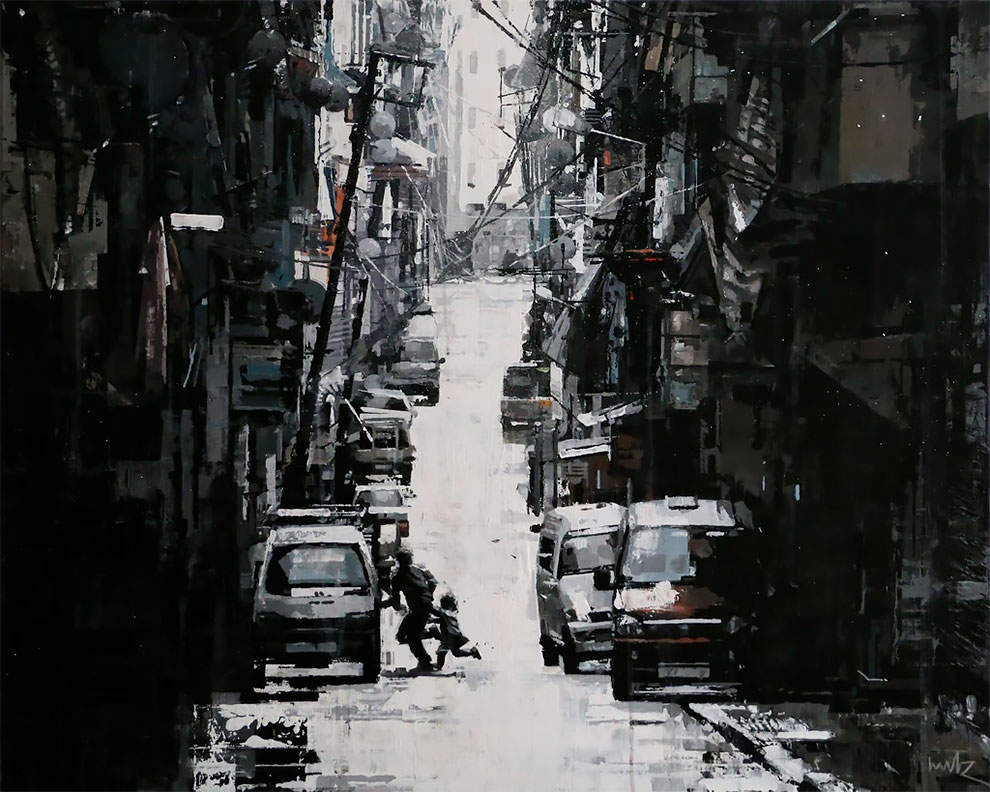 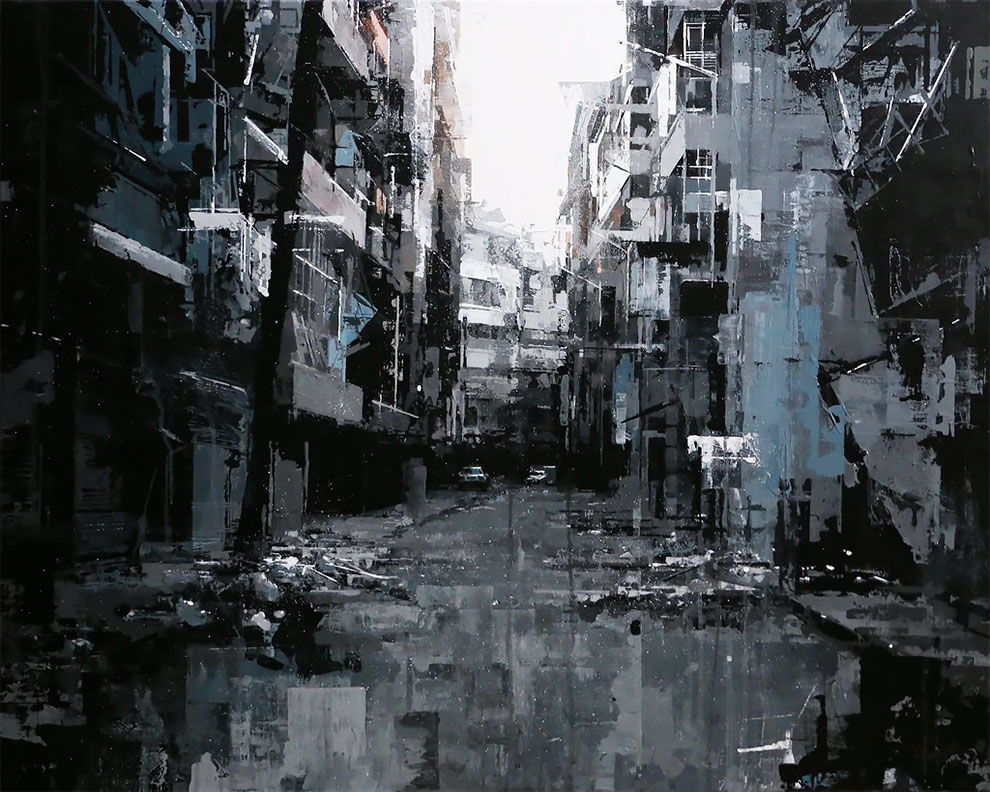 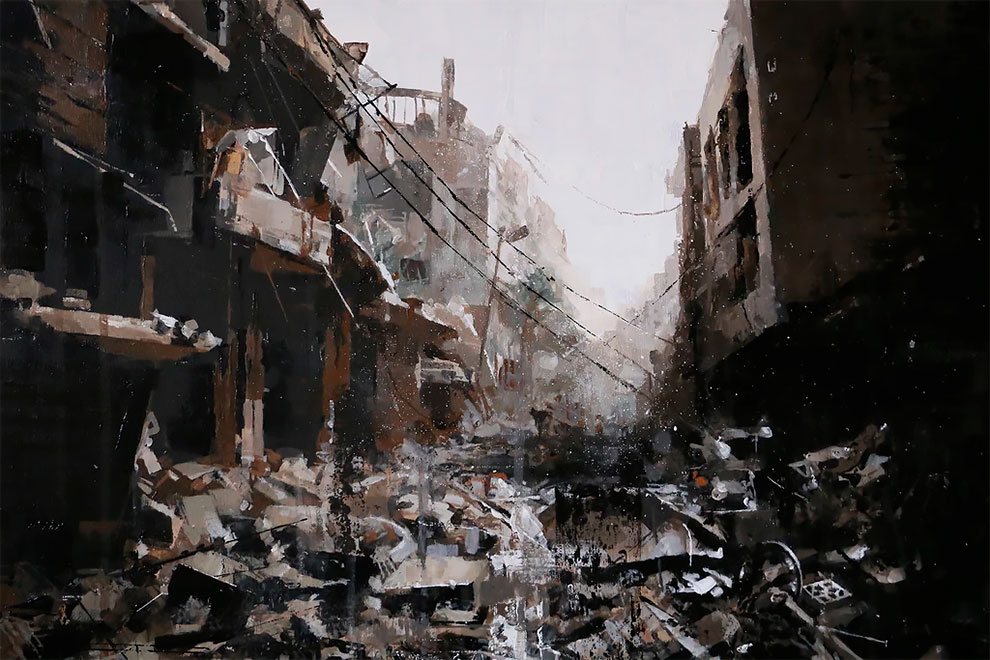 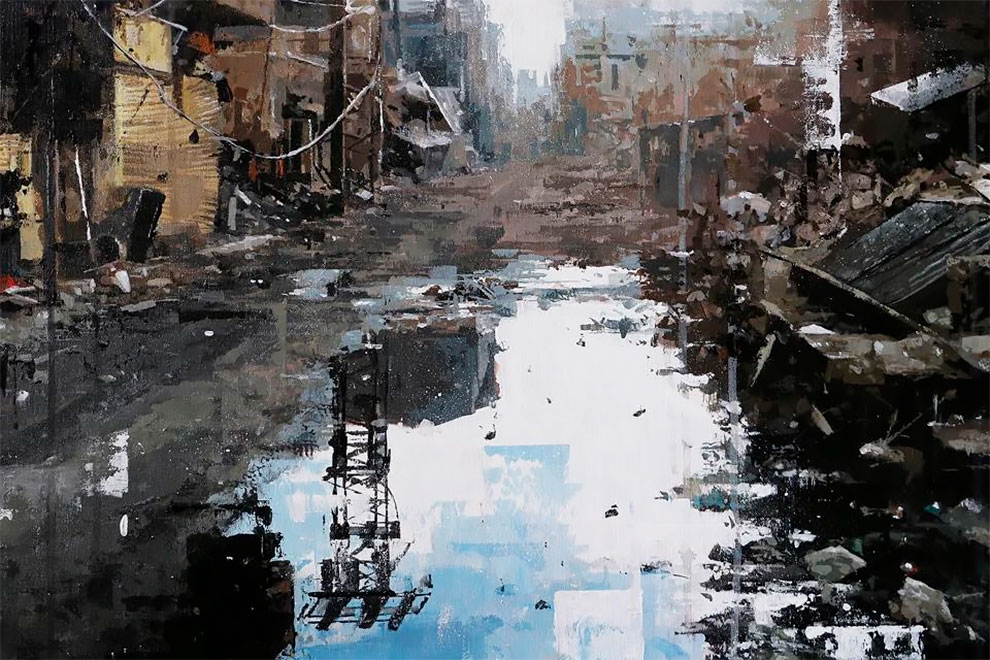 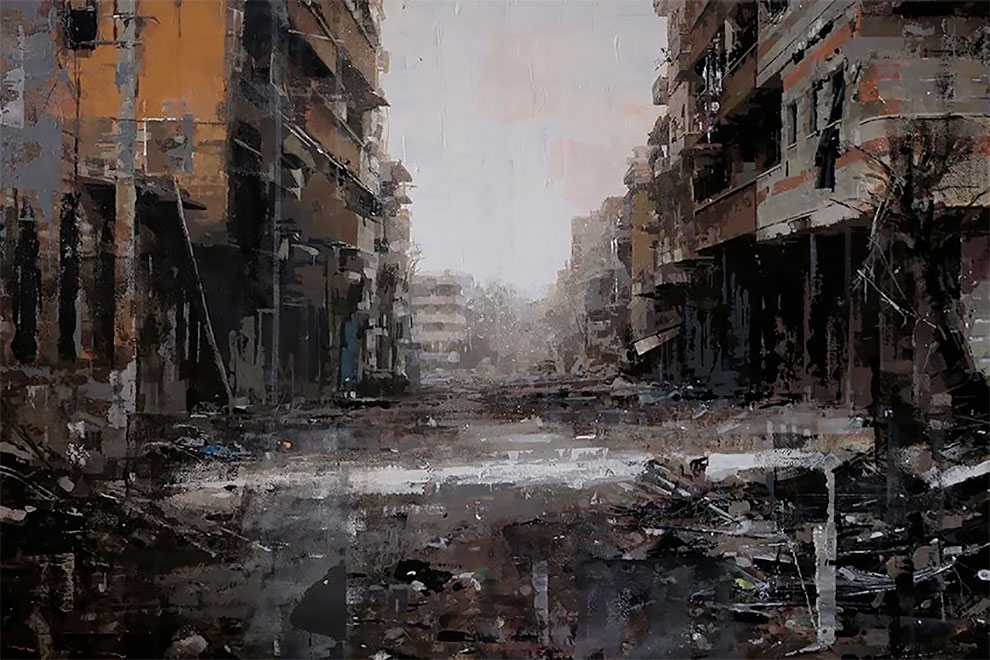 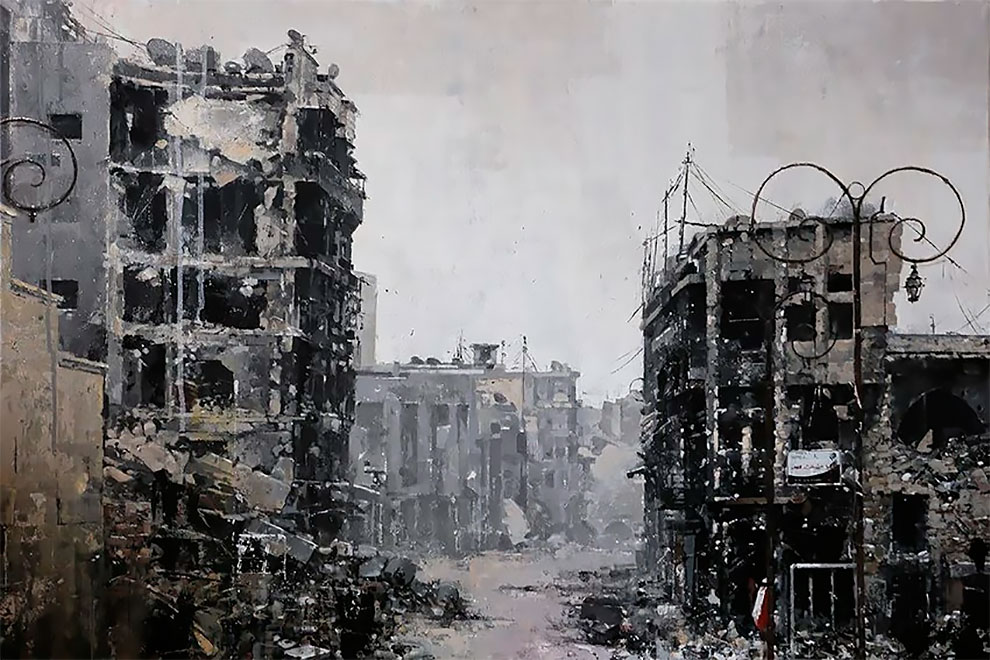