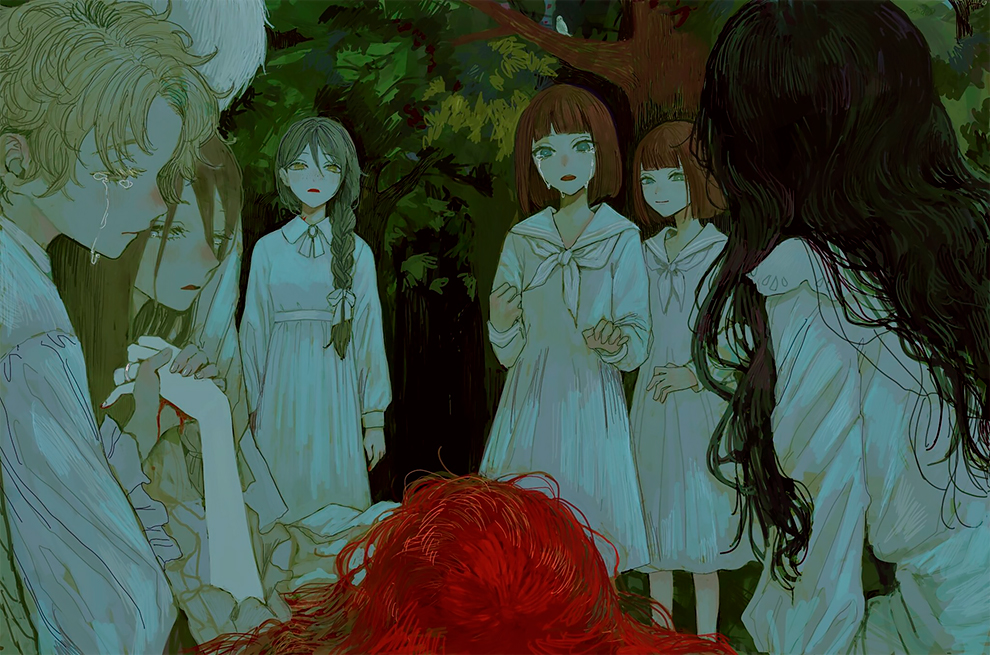 Japanese illustrator Shida has a talent for dark and thought-provoking artwork that has just enough detail combined with an air of mystery that invites you to fill in the blanks by imagining a story to go along with it. That’s probably a big reason why Shida has been able to befuddle so many with a simple question accompanying a murder-mystery themed illustration: “Who killed that girl with the red hair?” 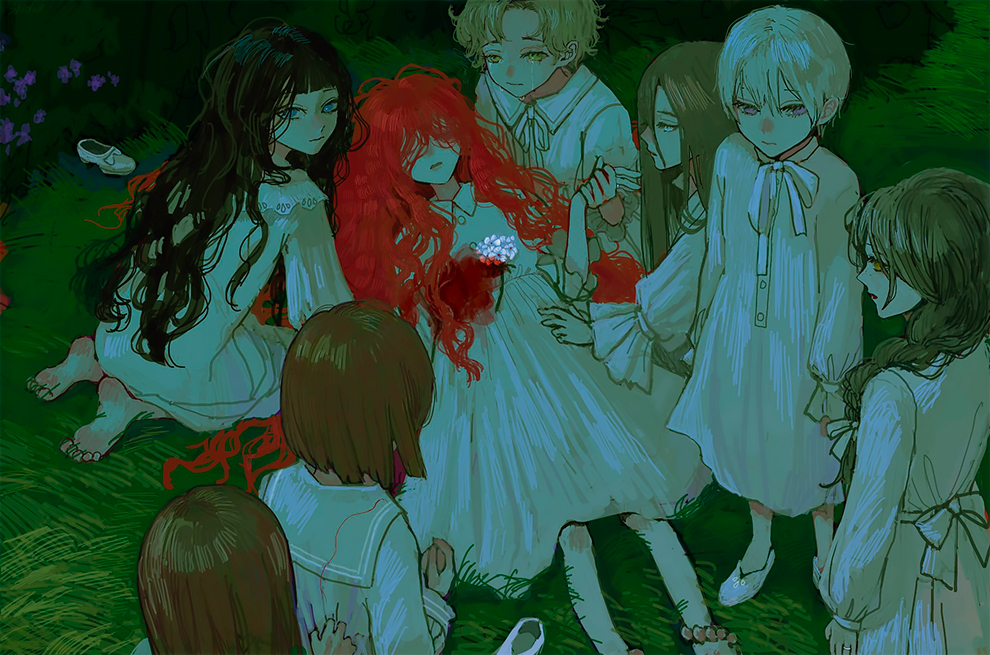 The “who dunnit” murder mystery is being dissected in Twitter replies, with many analyzing the piece for clues, red herrings, and trying to decipher a story, as well as friendships and possible grudges between the girls (Shida clarifies that everyone in the picture is a girl).

Shoes, blood, a stray strand of red hair on a girl (intentionally placed by another girl or legitimately stuck on in an altercation?), a ring, as well as the way each girl is responding all have people in the replies coming to different conclusions, with many zooming in on perceived hints.

After receiving an influx of theories and guesses, Shida replied that there is nothing more boring than a mystery where the truth is absolutely clear, and would draw a continuation in which they thought people could pinpoint the culprit. So Shida provided an alternate angle from the victim’s point of view (or, behind the victim, rather) which reveals a few more clues. 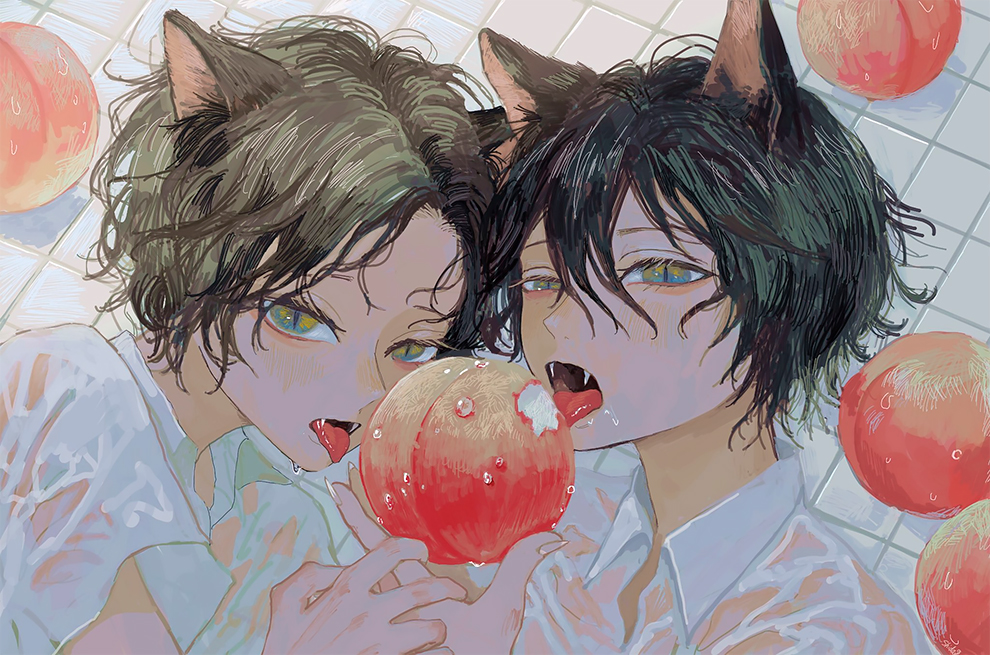 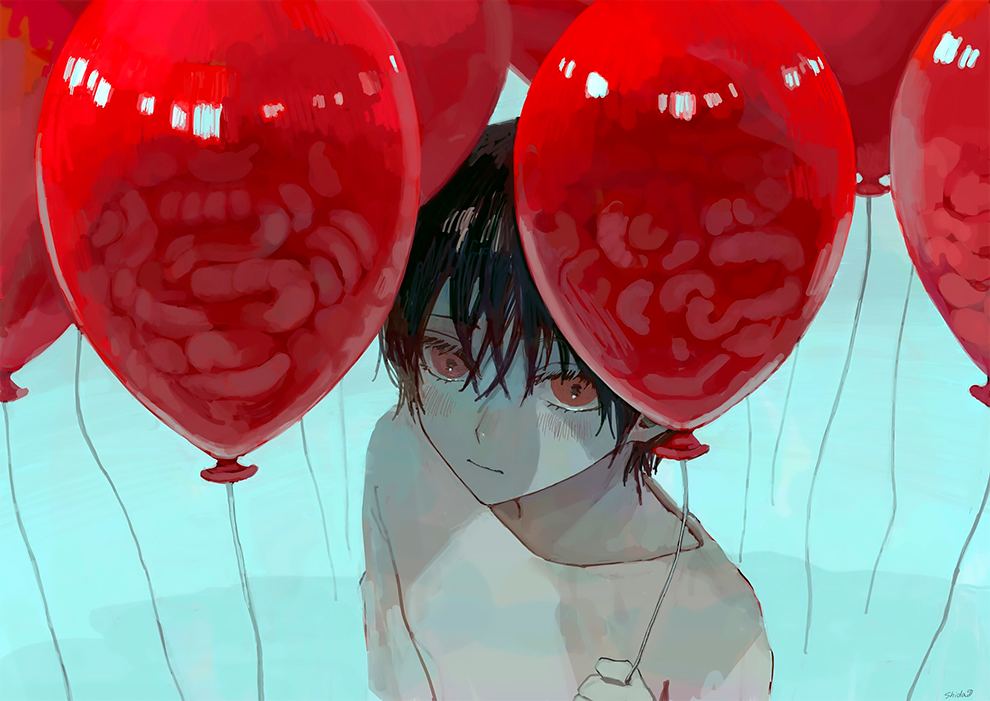 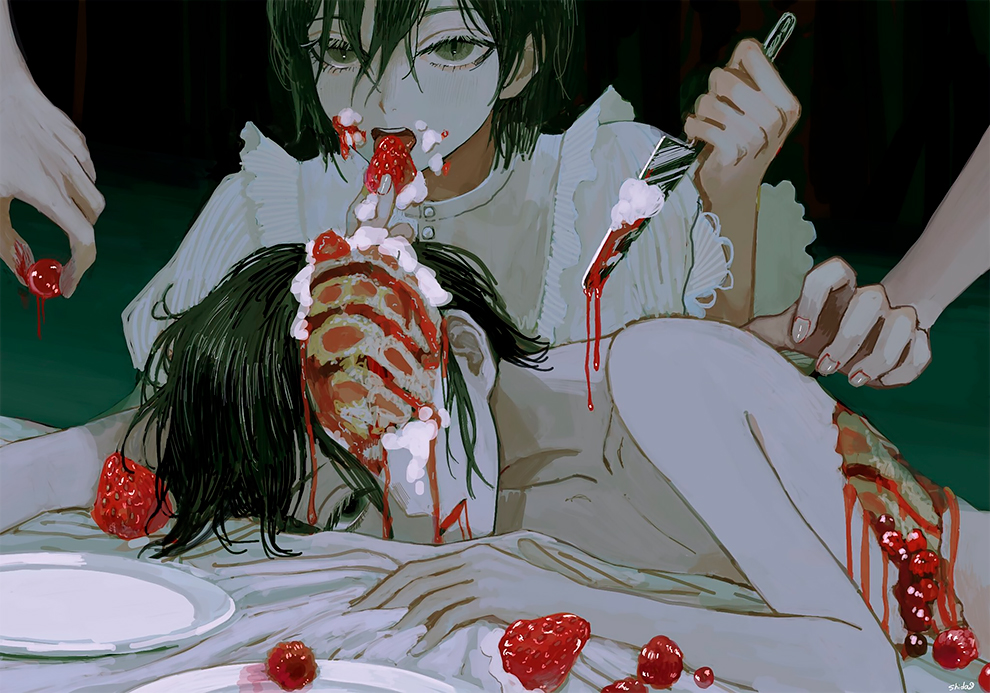 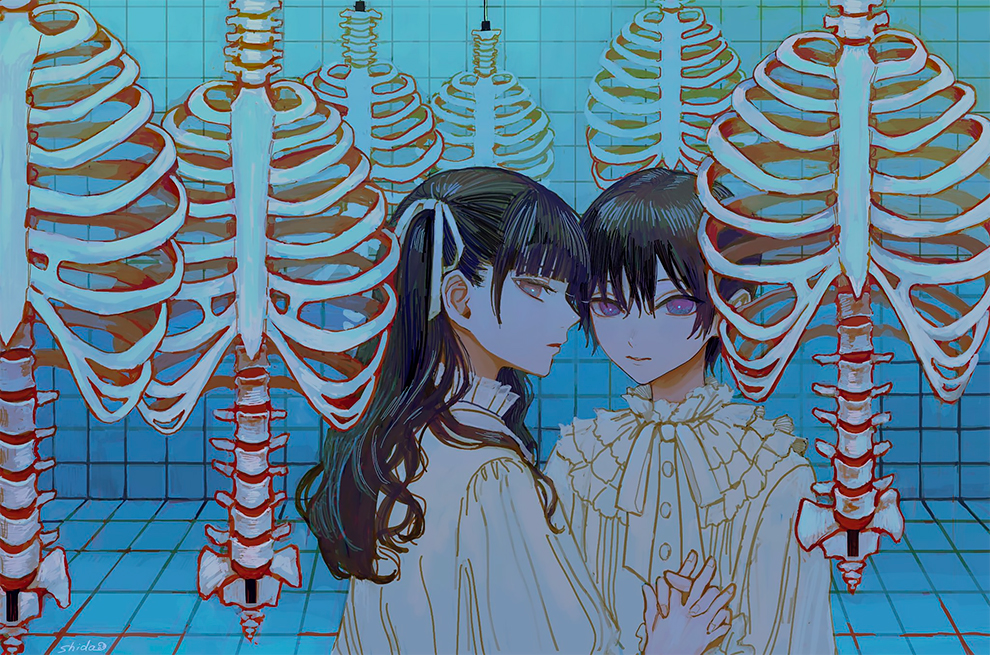 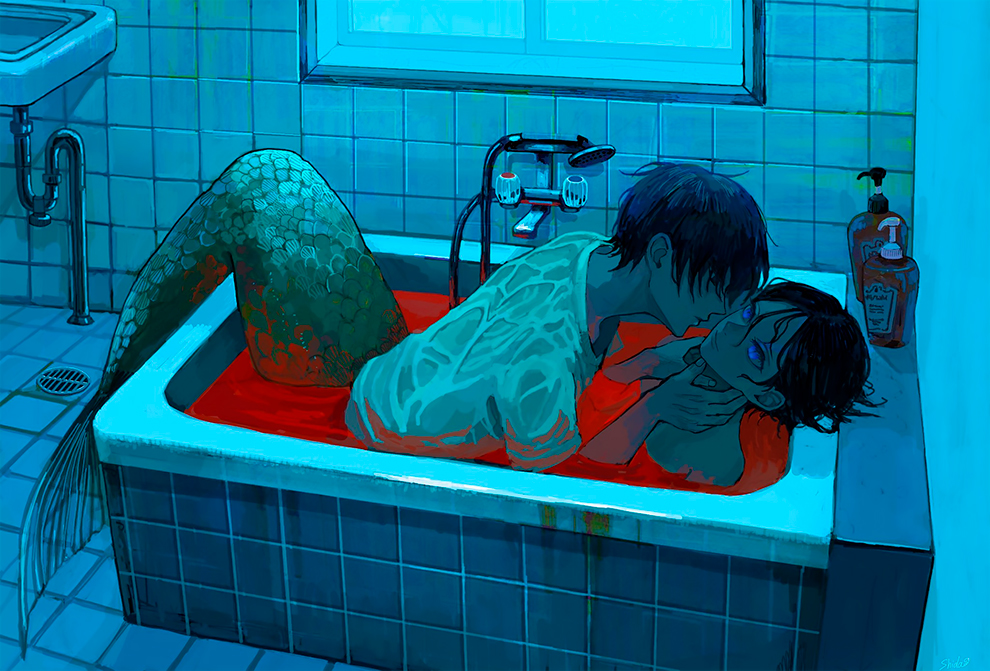 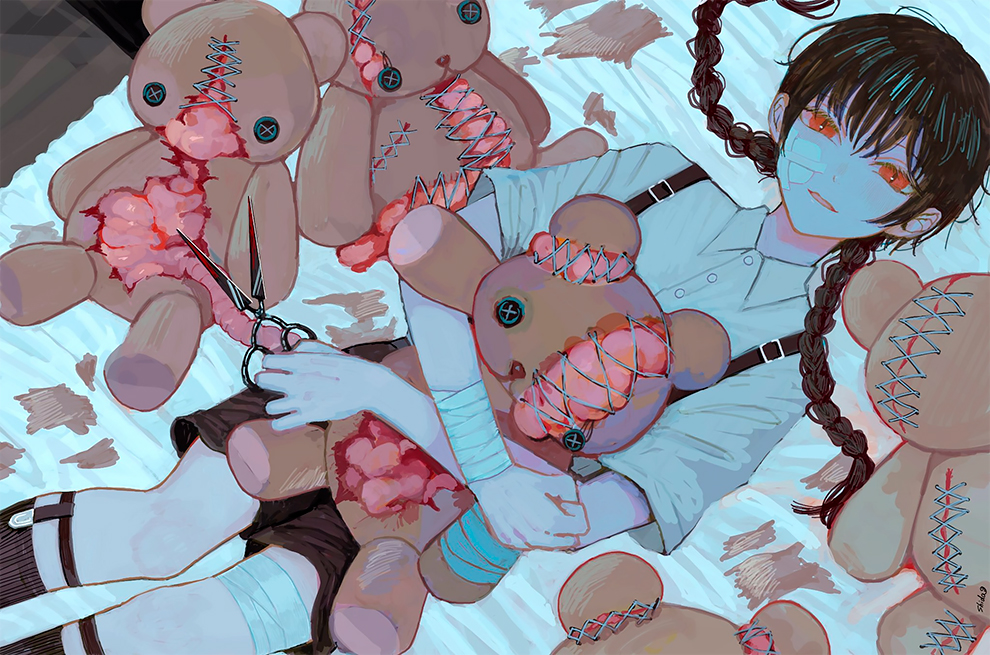 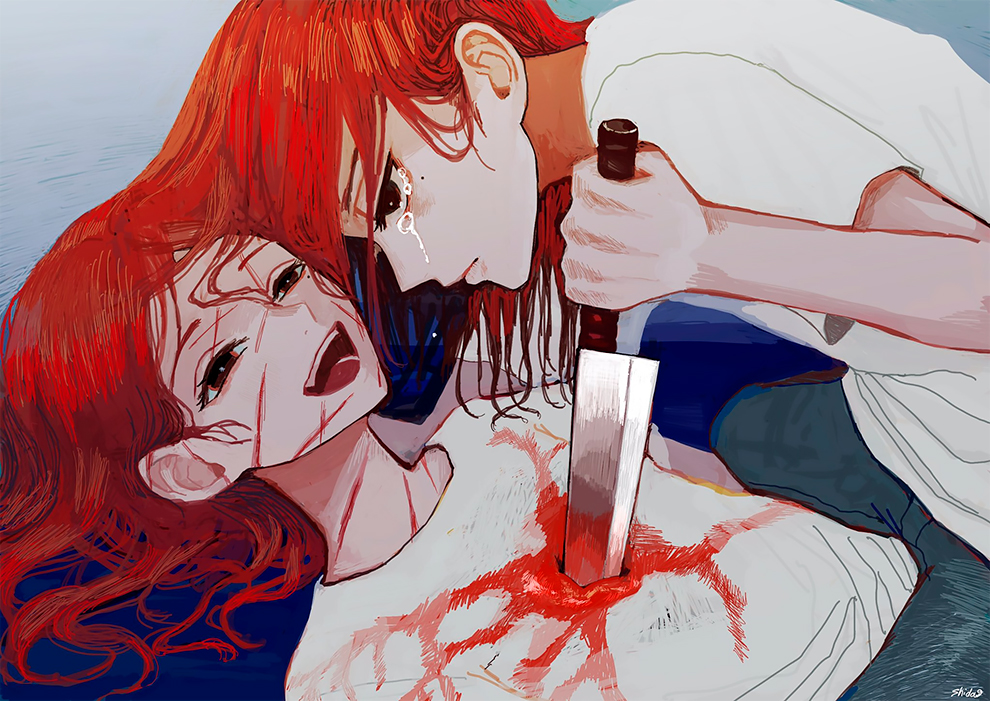 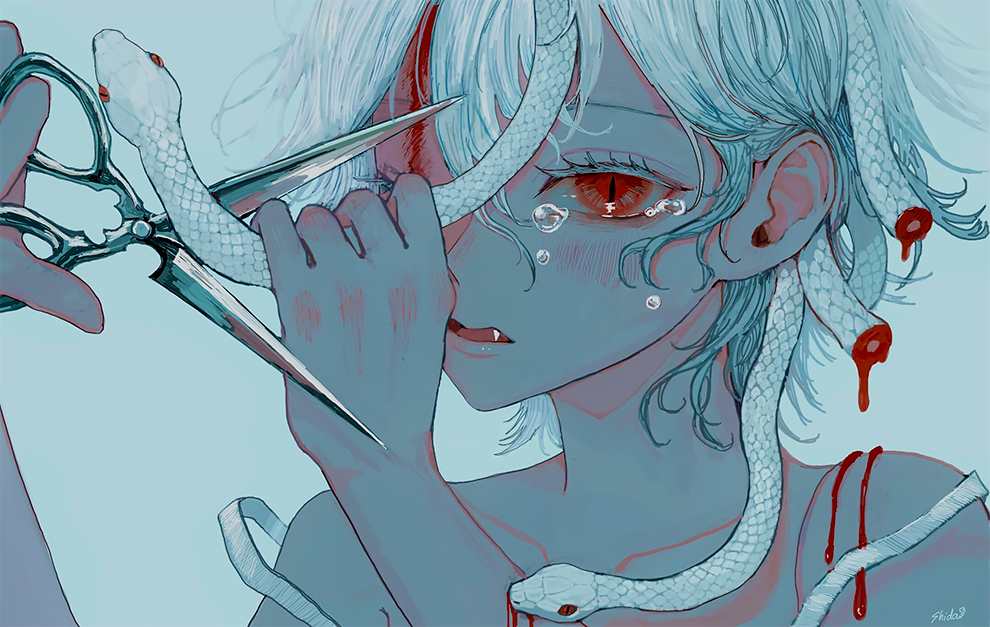 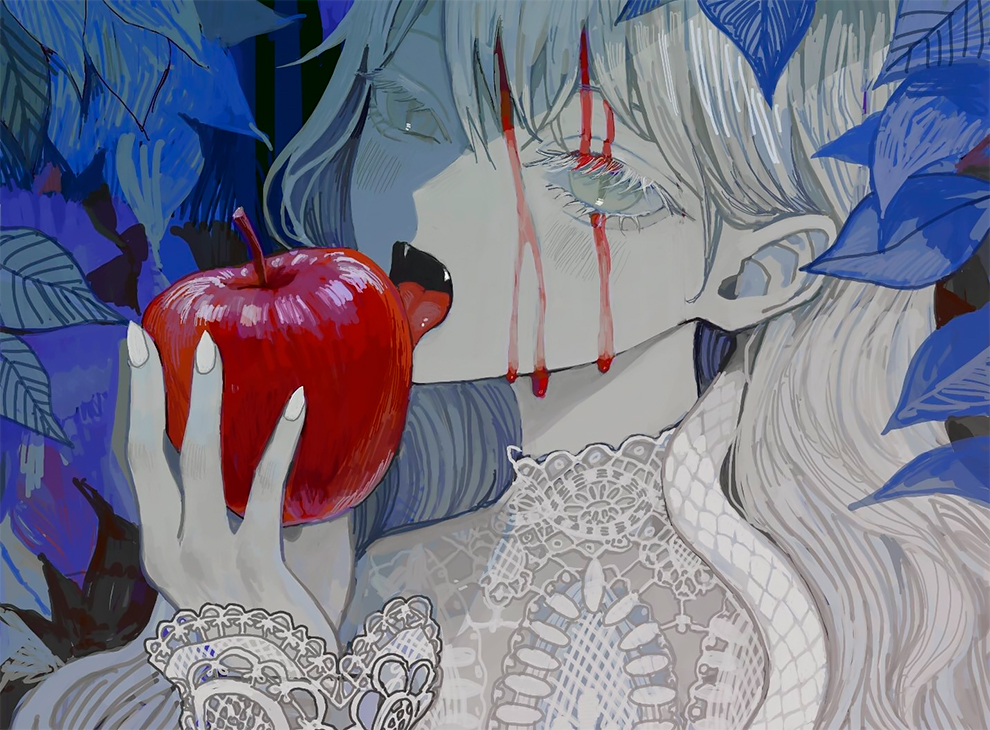 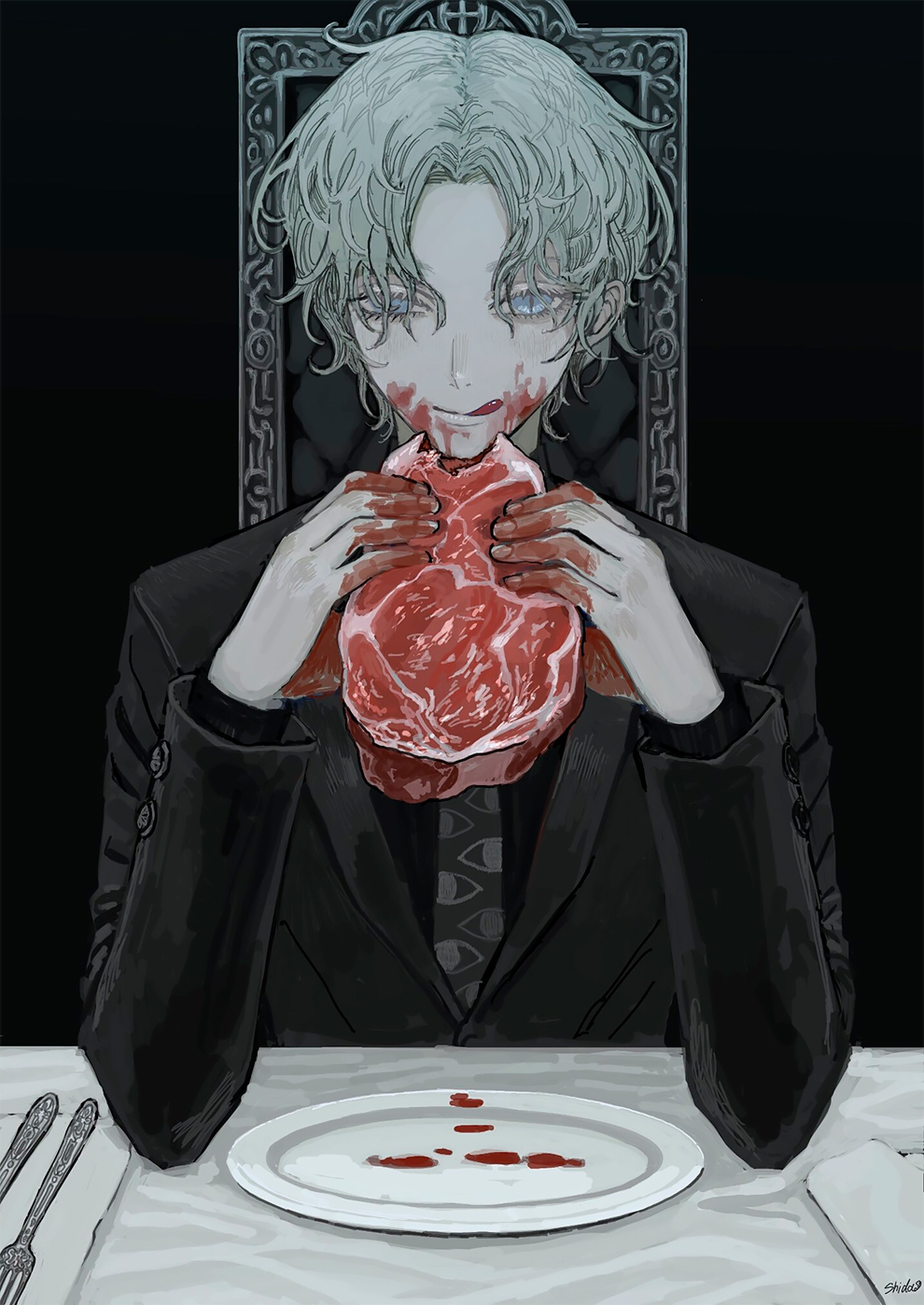 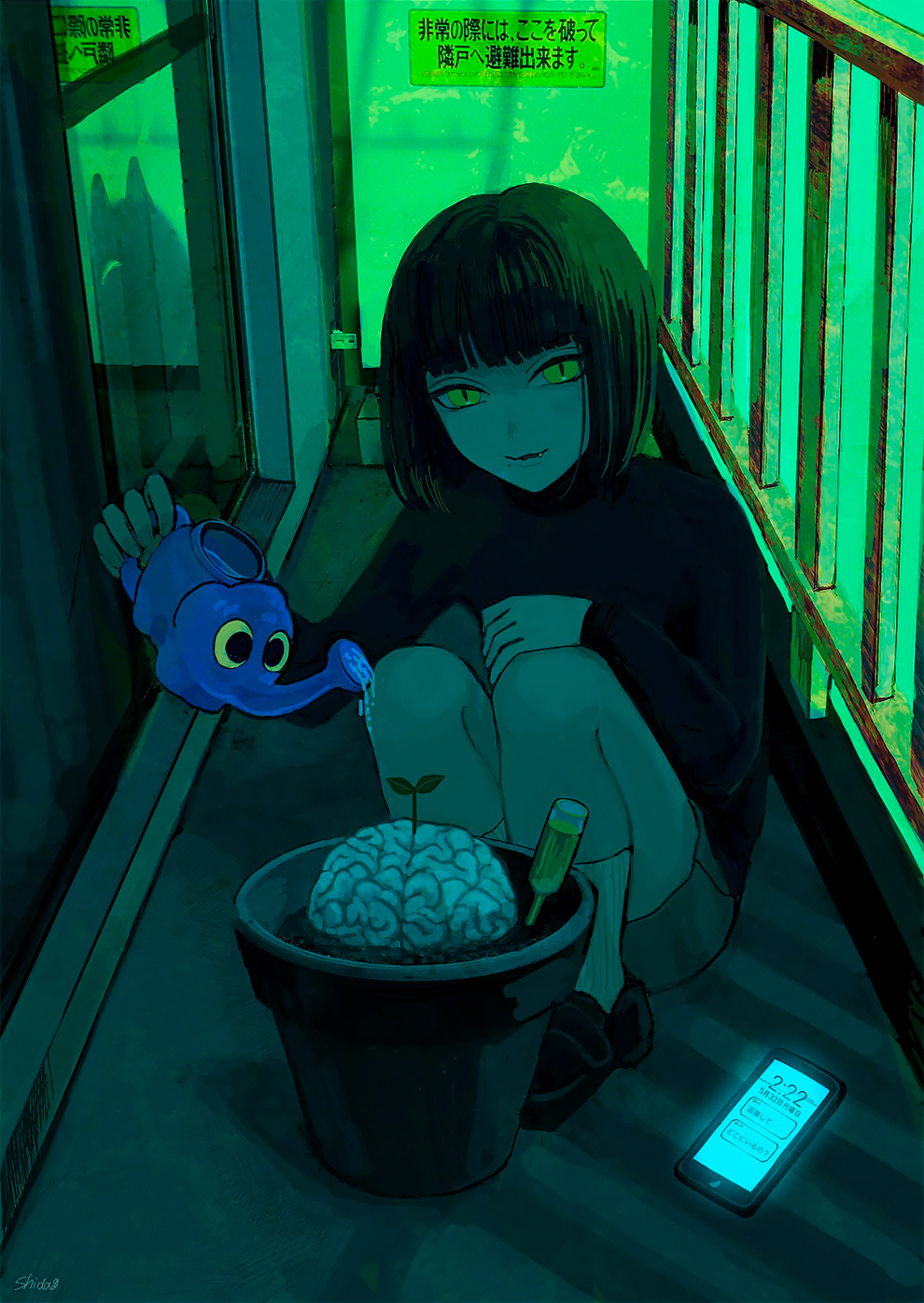 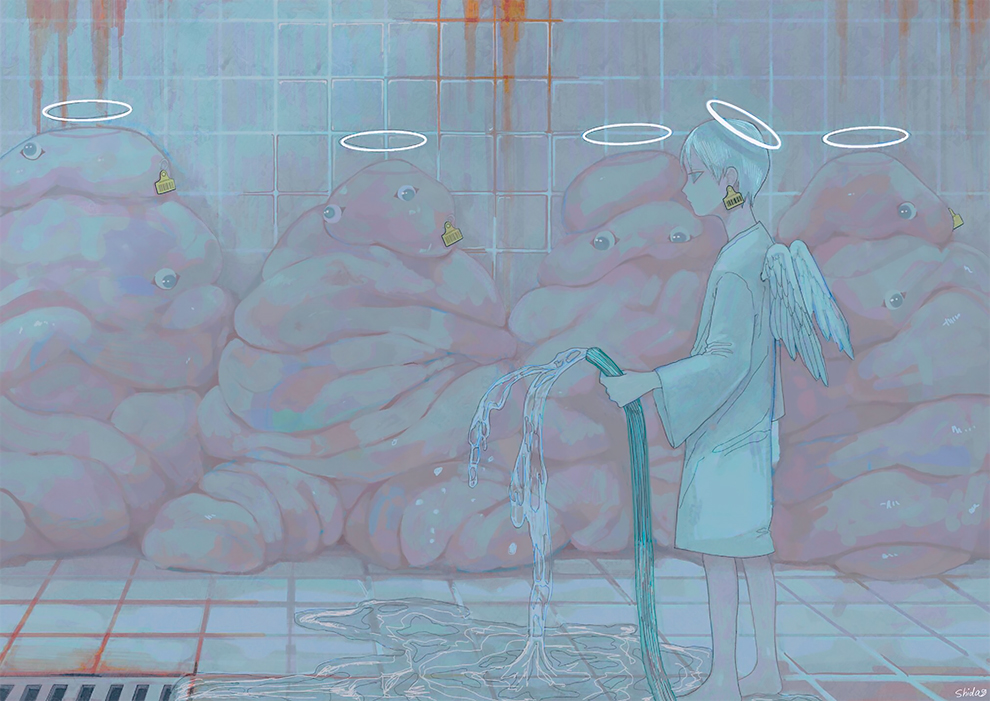 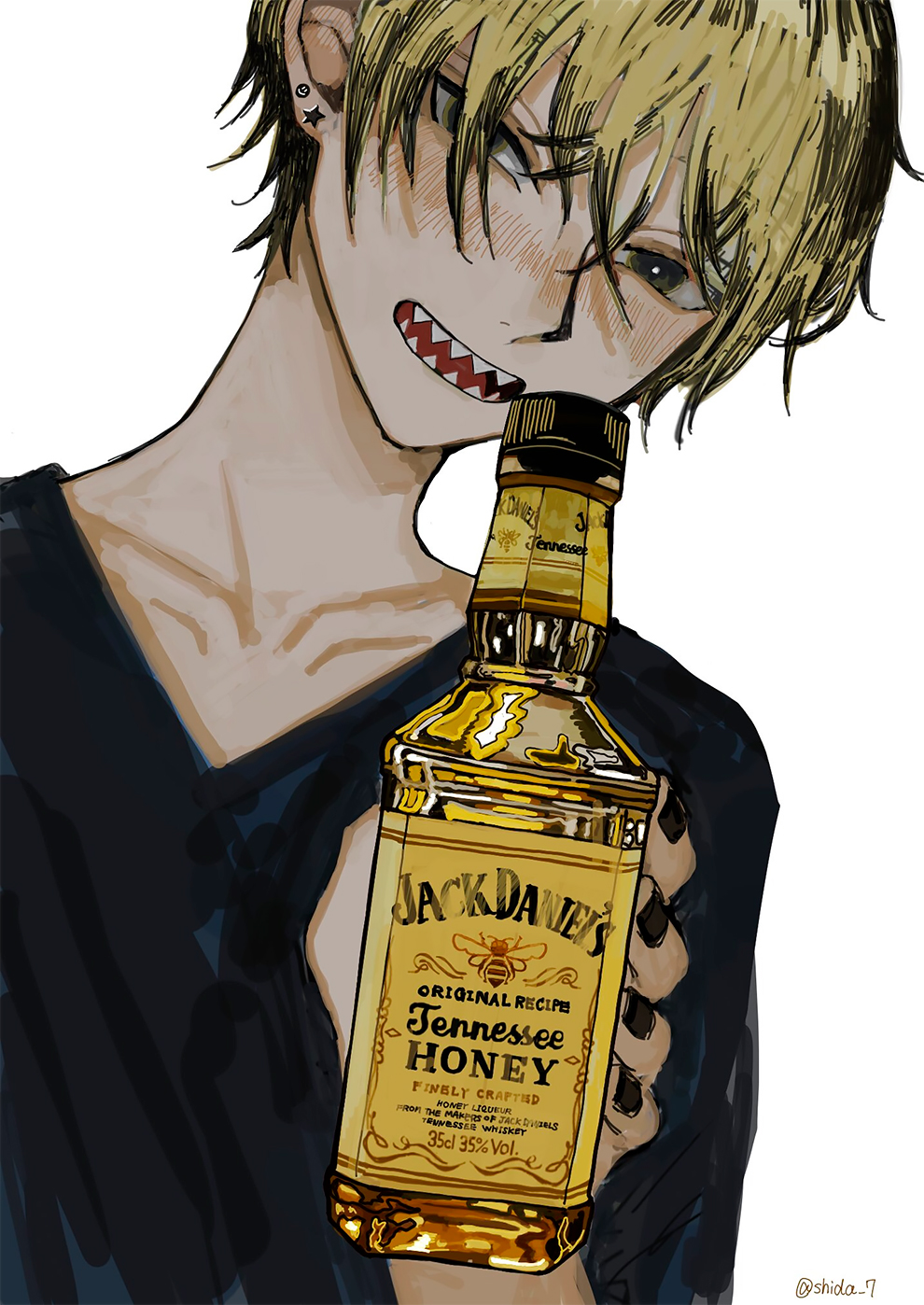 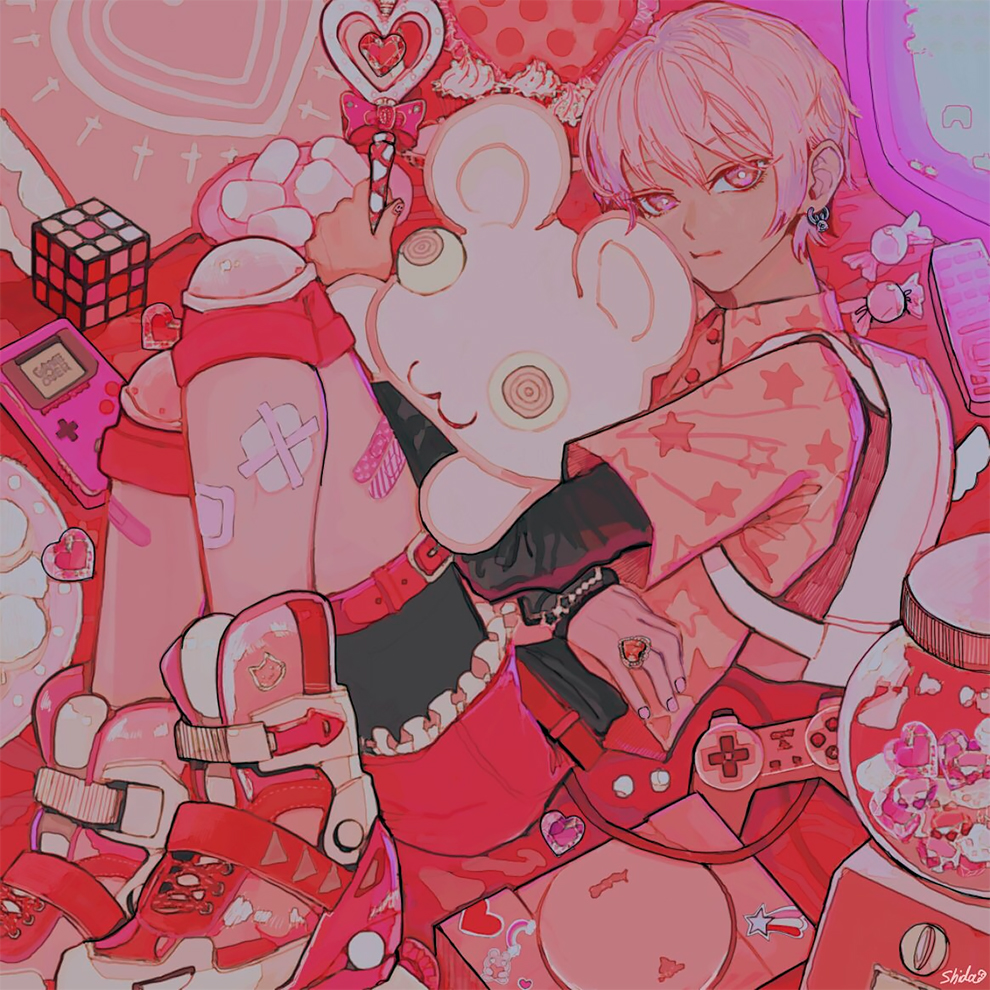 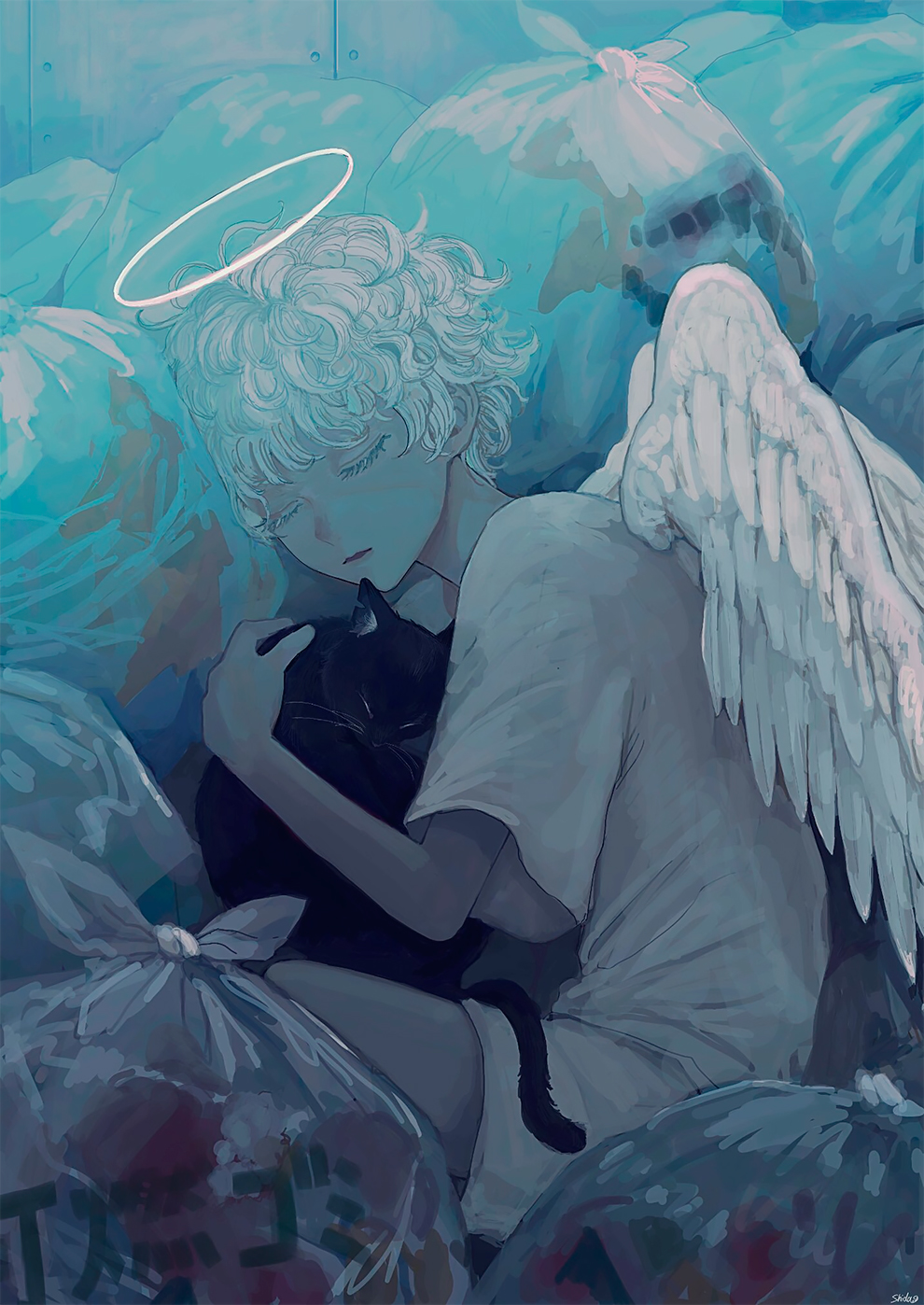 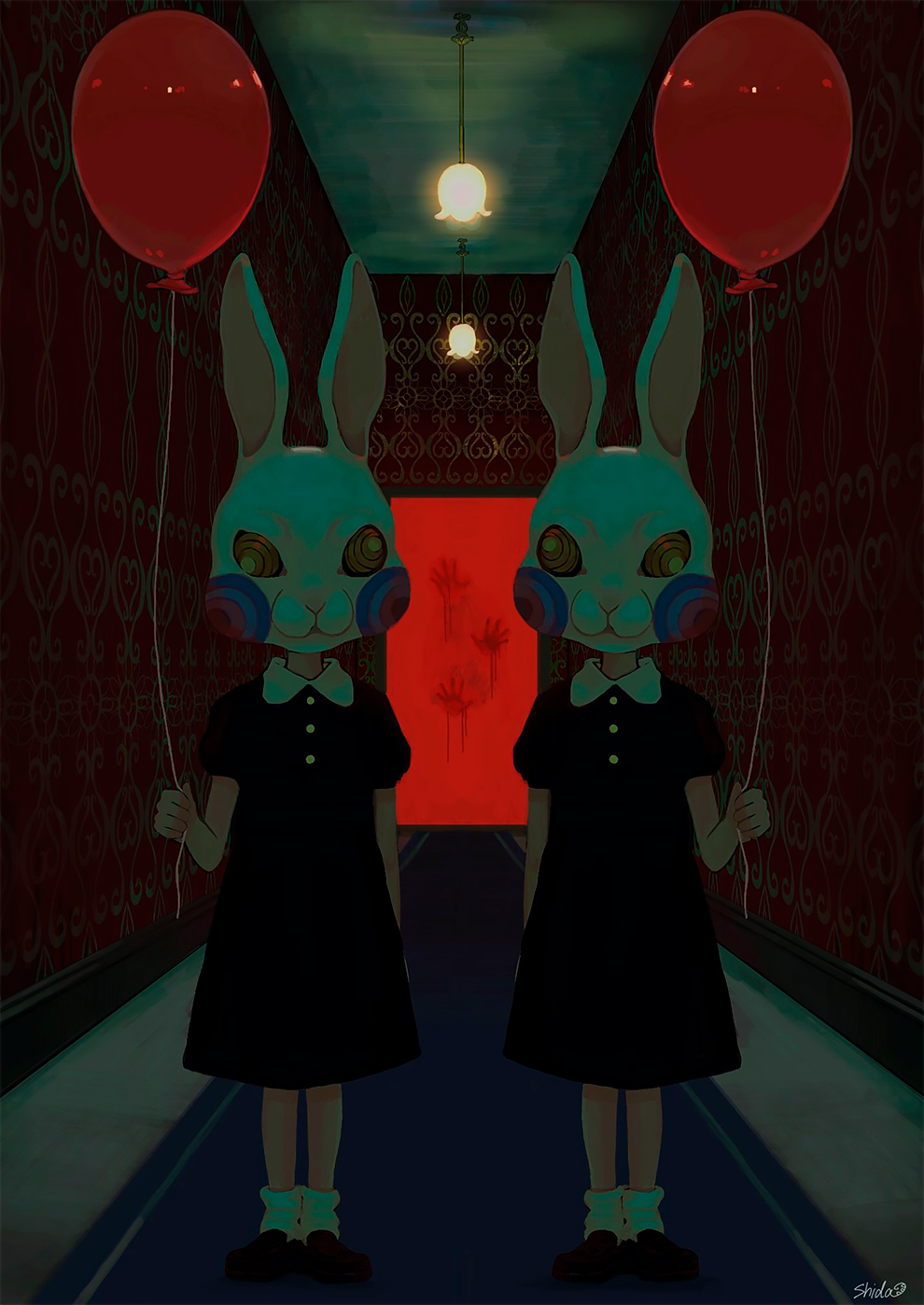 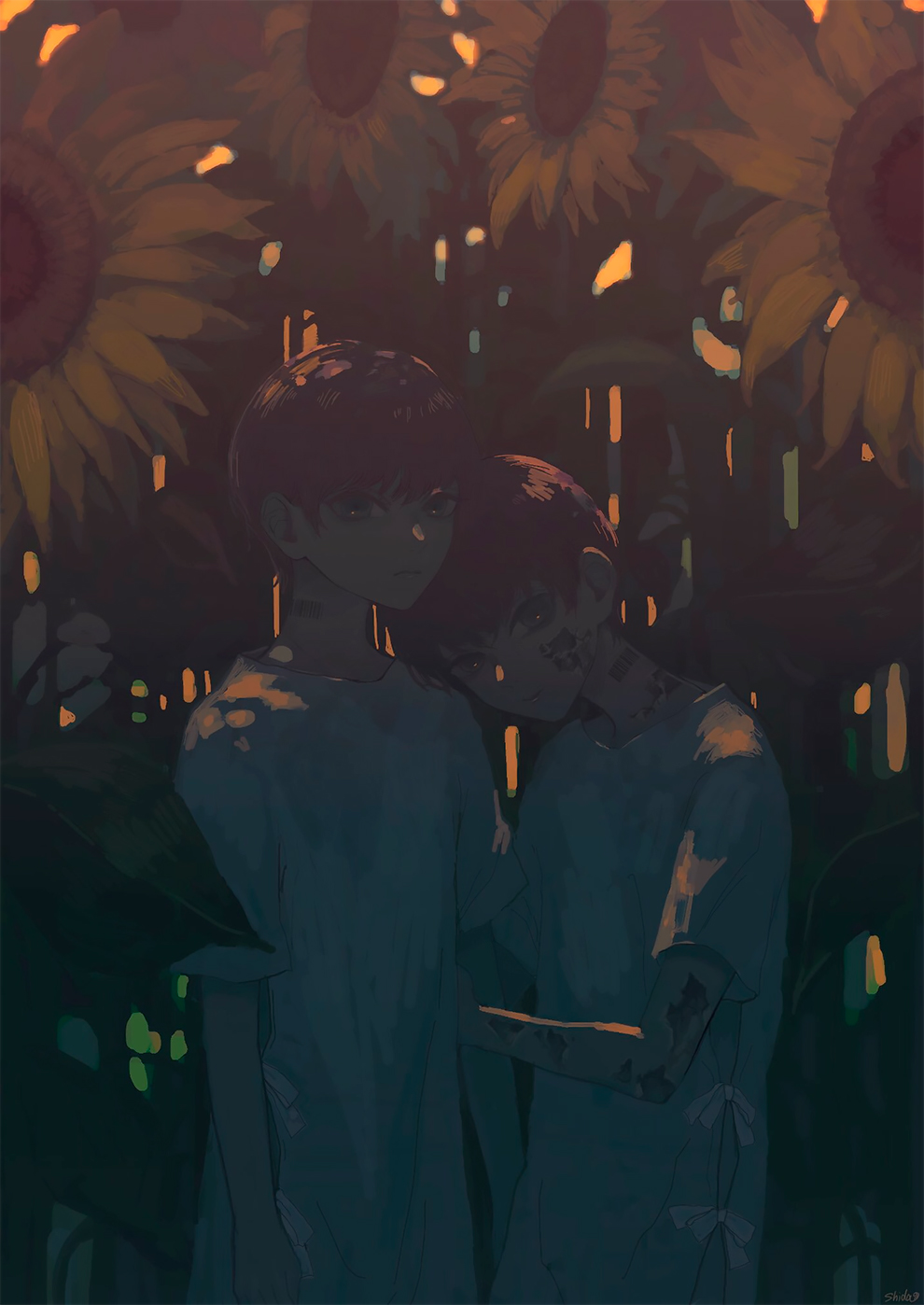 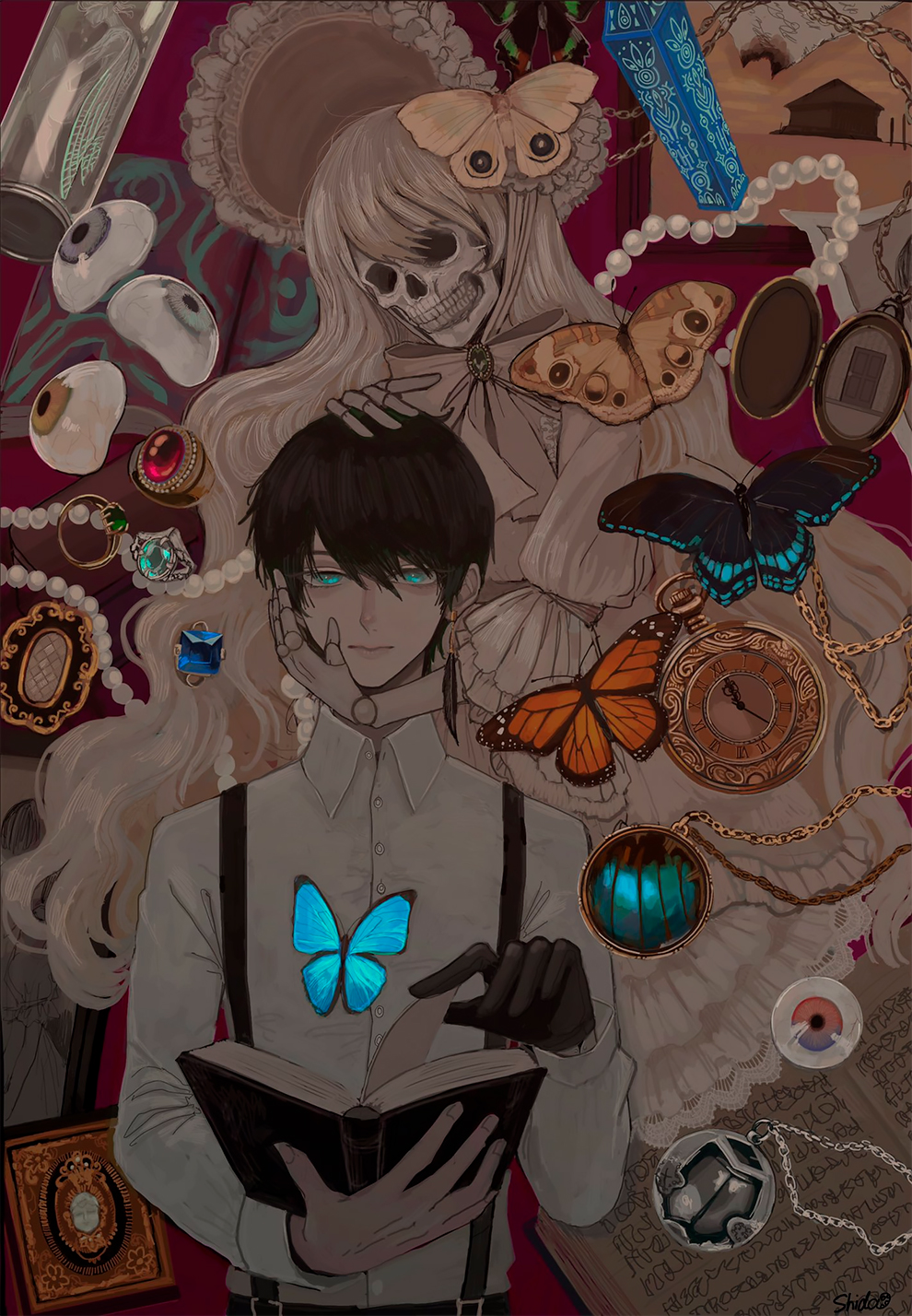 Urban Scapes And Youngster's Street Lifestyle In Melancholic Paintings By Michele Del Campo
Sig Waller’s Kitsch Gothic Invades Suburbia’s Comfort Zone
A Millennial’s Guide To Cocktails
Polish Artist Designs Shoсking Ads Of Major Companies That Show The Harsh Reality
Slave Leia Sailor Moon
This Artist Illustrates Dishes That Will Probably Make You Hungry
Makeup Artist Creates Incredible Drawings Using Her Own Body As Canvas
"Rest in Peace": The Dark, Nightmarish and Bizarre Drawings by Dima Khramtsov
This Restaurant Changes Their Hilarious Sign Every Day
Cut-Out Dress Sketches Completed With Urban Scenes
This Artist Crerates Provocative and Bizarre Photo Manipulations
Stop Illegal Wildlife Trade
Unicorn Being A Jerk
Russian Illustrator Recreates All Episodes Of The Mandalorian As Vintage Comic Book Covers
Work Related Web Comics To Help You Make It Through Monday
Street Artist Creates Guerrilla Posters on the Streets of New York City
Taiwanese Artist Creates An Epic Blue Mountain-Scape, As A Result Of Hundreds Of Image Layers
Powerful Illustrations By Japanese Artist That Will Make You Think
Sabeena Karnik Creates Beautiful Art From Colored Pieces of Paper
"Jennifer, Will You Marry Me?" A Marriage Proposal On Telephone Poles Turns Sour
"Will It Beard": This Guy Sticks Random Objects In His Beard. Because Why Not?
What Russian Empire Looked Like Before 1917… In Color
"Tomorrow Never Came": The Dystopian Worlds of Abel Chan Arce
Artist Uses Layers Of Paint And Digital Art To Create Mesmerizing Paintings
The Jaw-Dropping 3D Street Art Pieces By Odeith
Overdrive Magazine: Voice Of The American Trucker In The 1970s
The Skull Stickers by Frenchstickers
This Cambodian Artist Is Taking Doodling To Another Level
Here’s How Some of Rock and Roll Legends Would Look Like Today If They Weren’t Dead
Artist Imagines What Donald Trump Would Do If He Was Born In Russia
anime, bizarre, horror, japan