Here are the 11 best entries of Comedy Wildlife Photography Awards 2021.

Now in its seventh year, the Comedy Wildlife Photography Awards has already received thousands of entries from around the world – catching some of wildlife’s funniest moments on camera. This year, the competition organizers are releasing some of the shots that have already had them howling like hyenas, to inspire both professional and amateur photographers to enter their own images before 30 June 2021.

Bald Eagle Gets a Surprise by Arthur Trevino 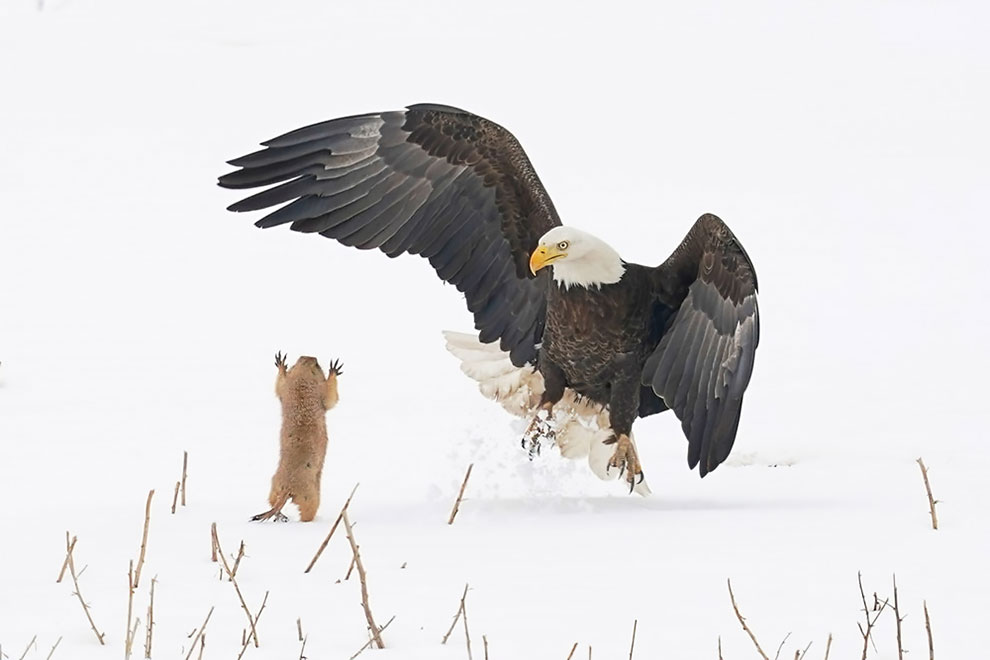 “When this Bald Eagle missed on its attempt to grab this prairie dog, the prairie dog jumped towards the eagle and startled it long enough to escape to a nearby burrow. A real David vs Goliath story!” 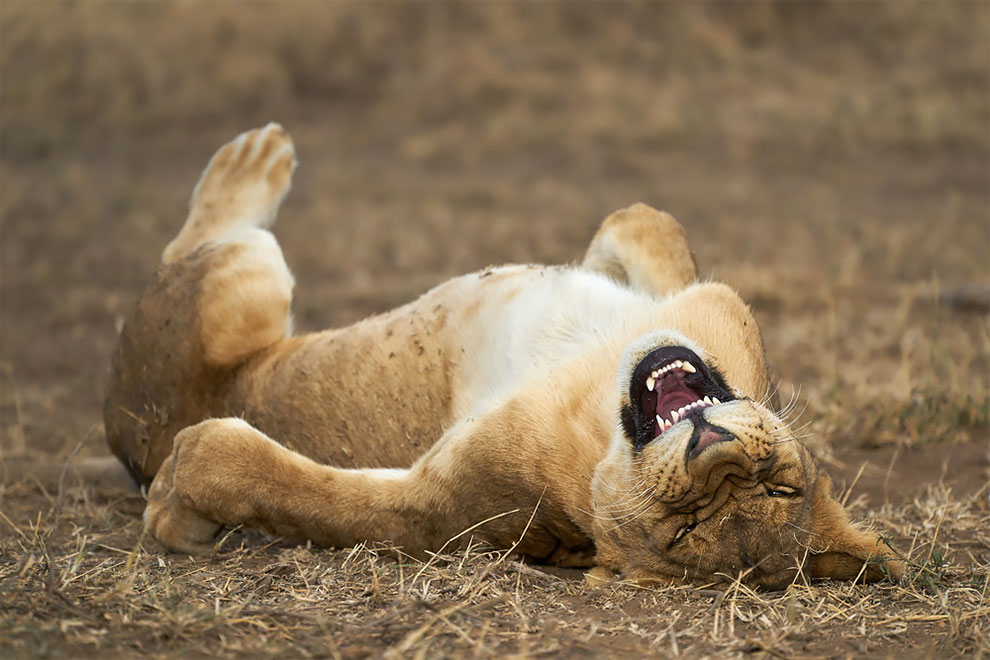 “A young lion in the Serengeti National Park, Tanzania, who apparently is laughing at my photography skills.” 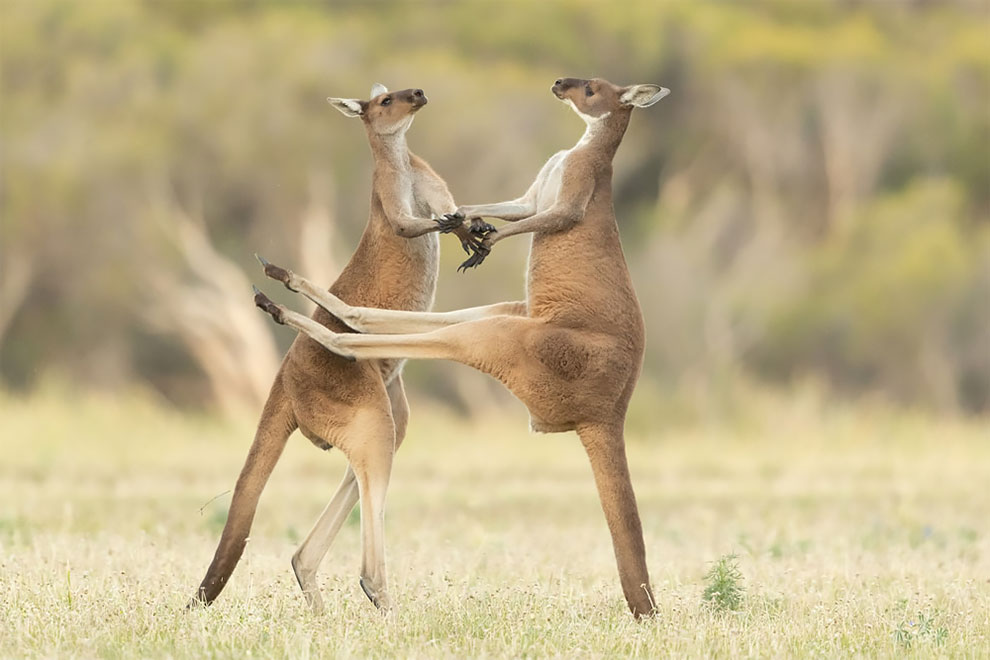 “Two Western Grey Kangaroos were fighting and one missed kicking him in the stomach.” 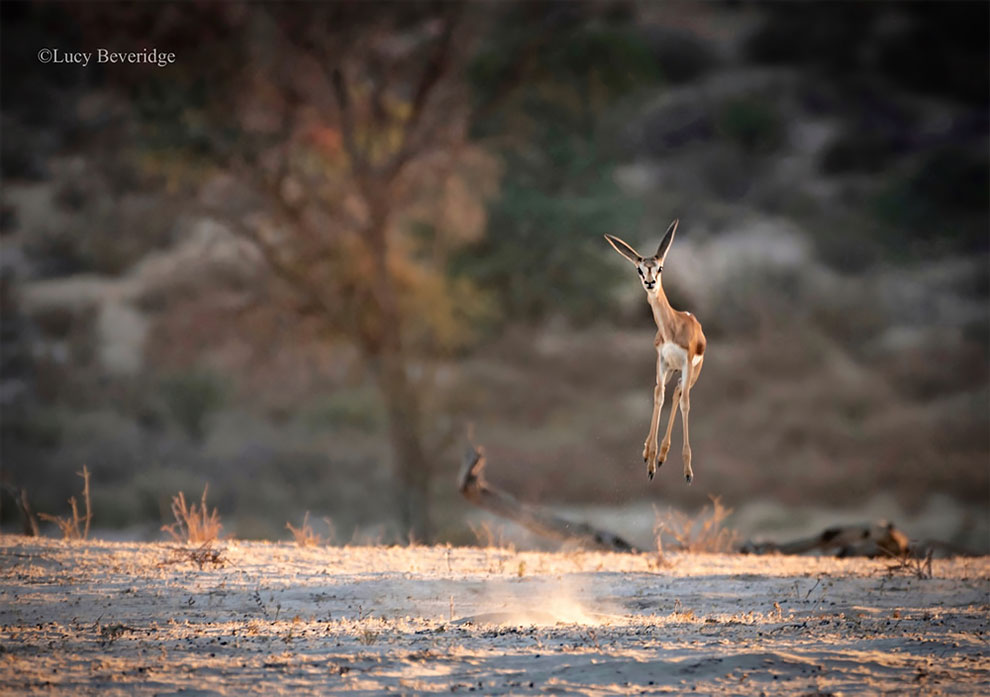 “A young springbok, all ears and spindly legs, caught in midair while pronking as the sun started to rise over the Kgalagadi Transfrontier Park. Thereâ€™s not much information on why the Springbok pronk but some theories suggest it is a way of showing fitness and strength to ward off predators and attract mates. It has also been said that this small, dainty and largely unappreciated antelope also pronks out of excitement, jumping for joy!”

Sweet lips are for kissing by Philipp Stahr 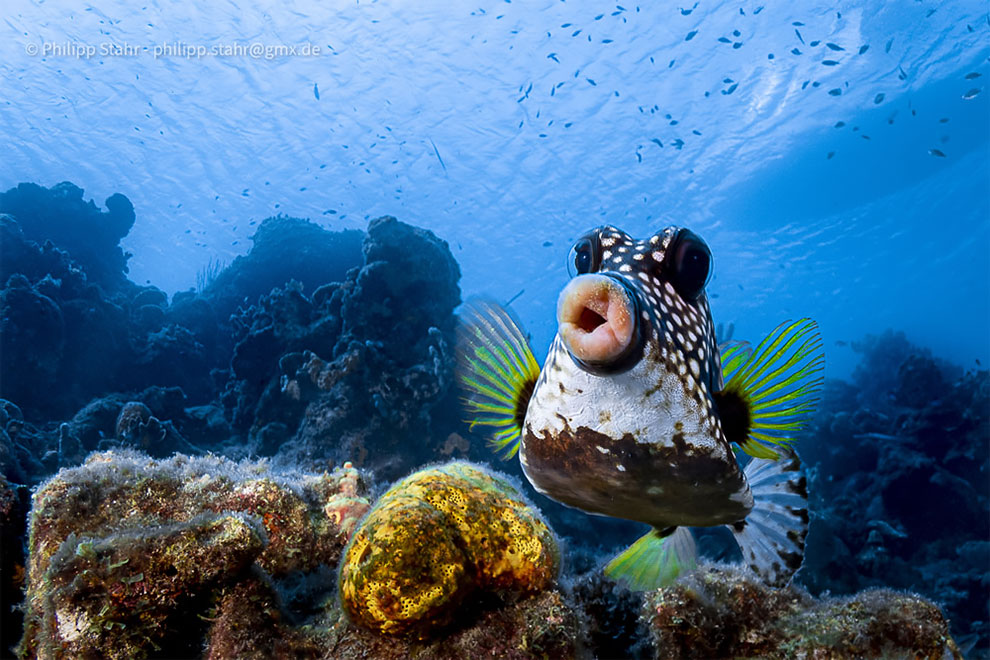 “This picture was taken at CuraÃ§ao, Dutch Caribbean. Usually box fishes are difficult to take pictures of, since they do not have a problem of a diver coming close, but if you show interest, they always turn the back and not the face to you. Thatâ€™s why I tried to swim 0.5m above the fish and showing no interest at all to him. The same time I had my camera not in front of me, but below at my chest pointing to the bottom. When the right moment had come, I turned the camera 90 degrees to the front and just point and shoot, hoping to have the fish in focus. Never expected to have its beautiful lips that close!” 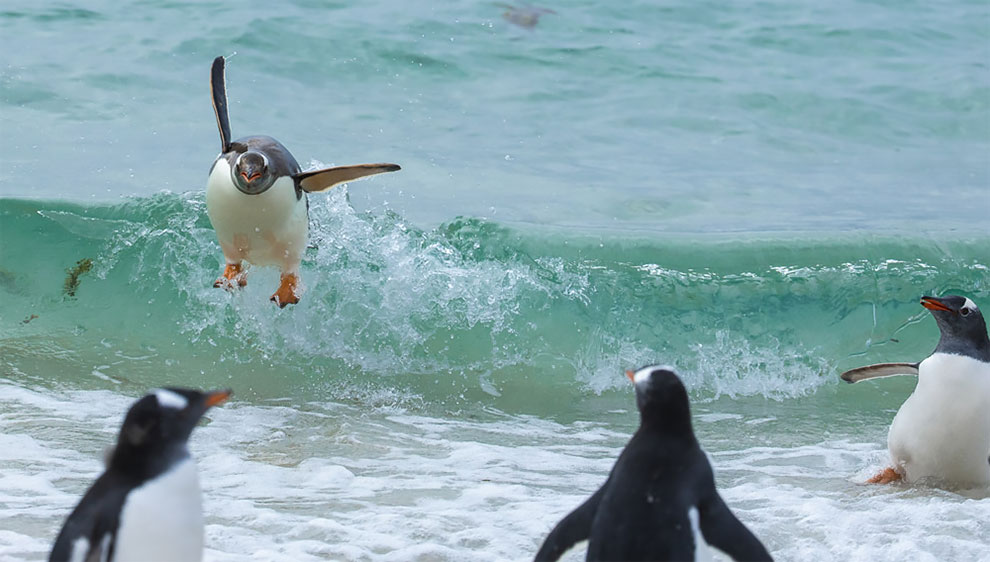 Houston – we’ve got a problem! by Txema Garcia Laseca 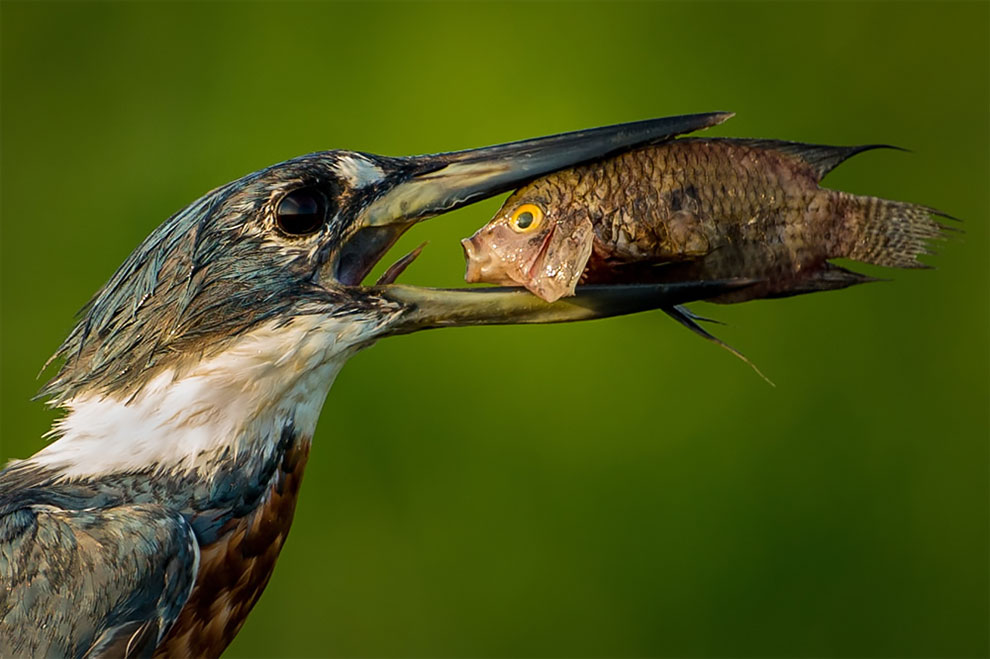 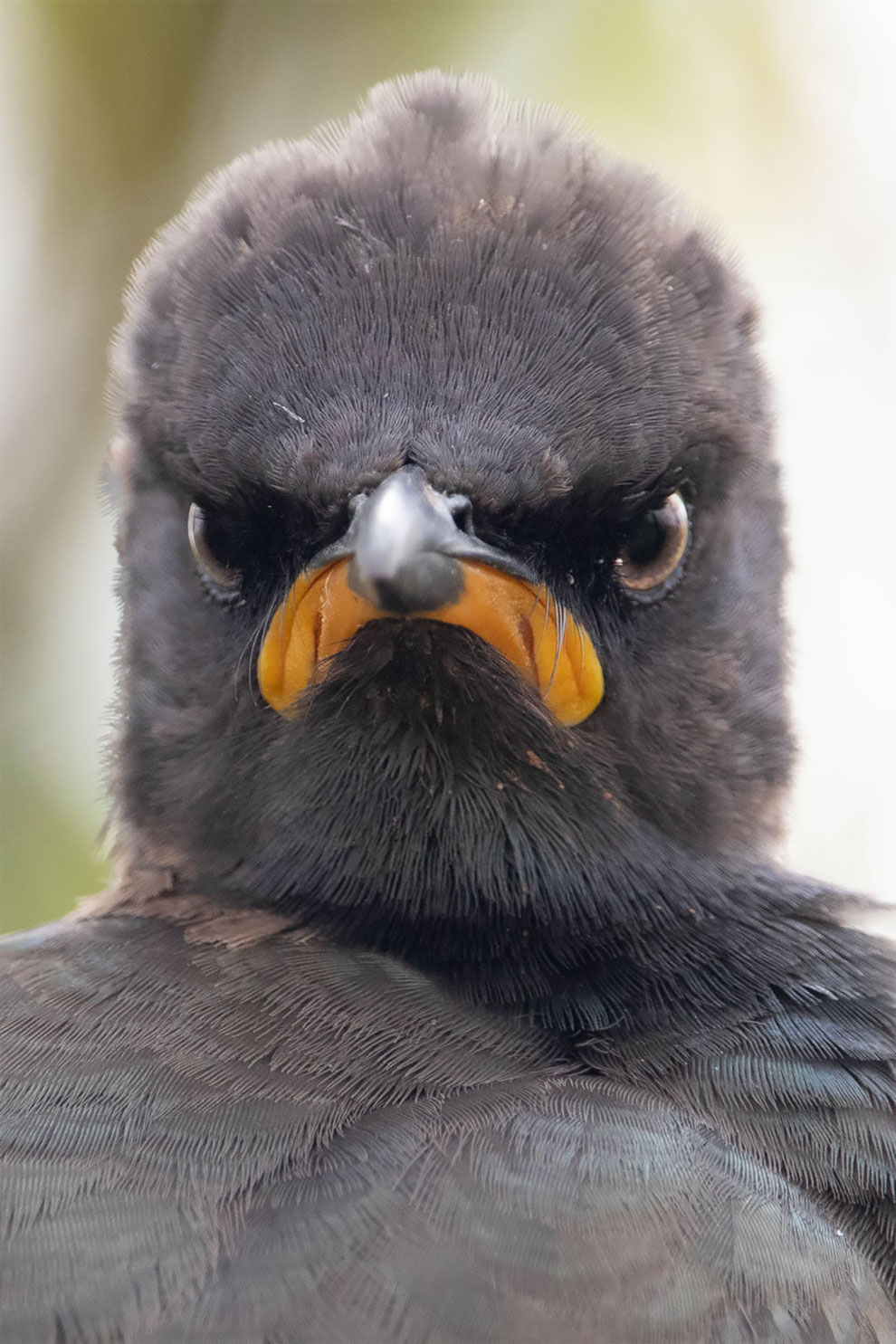 “I took this shot while photographing a group of Pied starlings perched in a tree at the Rietvlei Nature Reserve in South Africa. It perfectly sums up my mood on most Monday mornings :)” 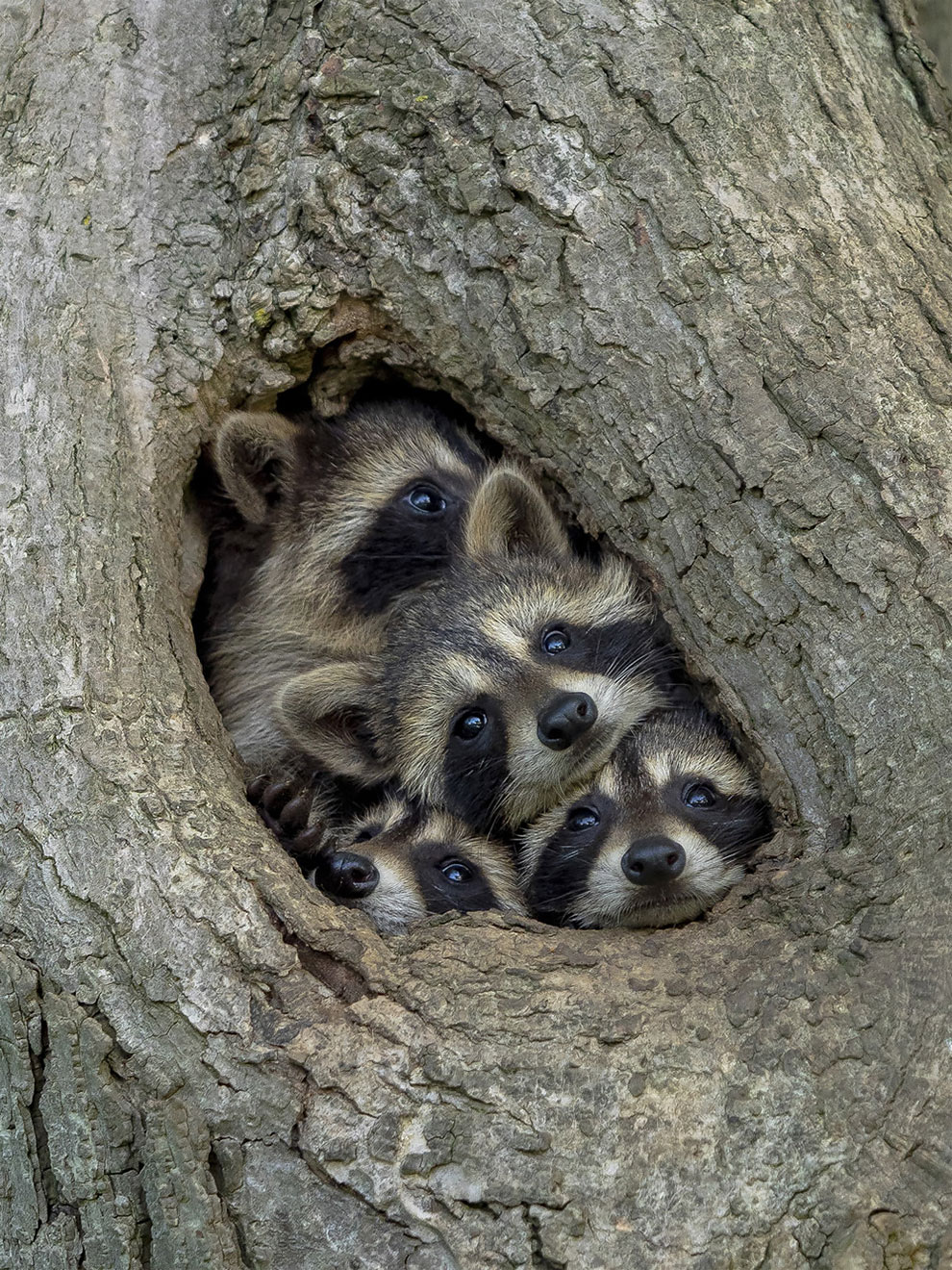 “Isolated inside with your family eager to get out and explore the world? These eastern raccoon kits are too. Just when you think there’s no more room in the tree hollow, mother raccoon appears and displays just how compact the space is. The babies clambered all over their mom and each another, struggling to take a look at the exact same time. This photo was taken in Southwestern Ontario, Canada. After exploring a particular area with numerous tree hallows, I identified it as a hot spot for raccoon families. Since raccoons will move from den to den, often not spending more than one night at a time in a particular den, locating an area with numerous options is key to locating the animals. I stumbled across this family and immediately worked on leveling the camera with the hole to prevent an upward angle. When the camera and tripod were ready, the baby raccoons were extremely curious (and cooperative), sticking their heads out for a closer look!” 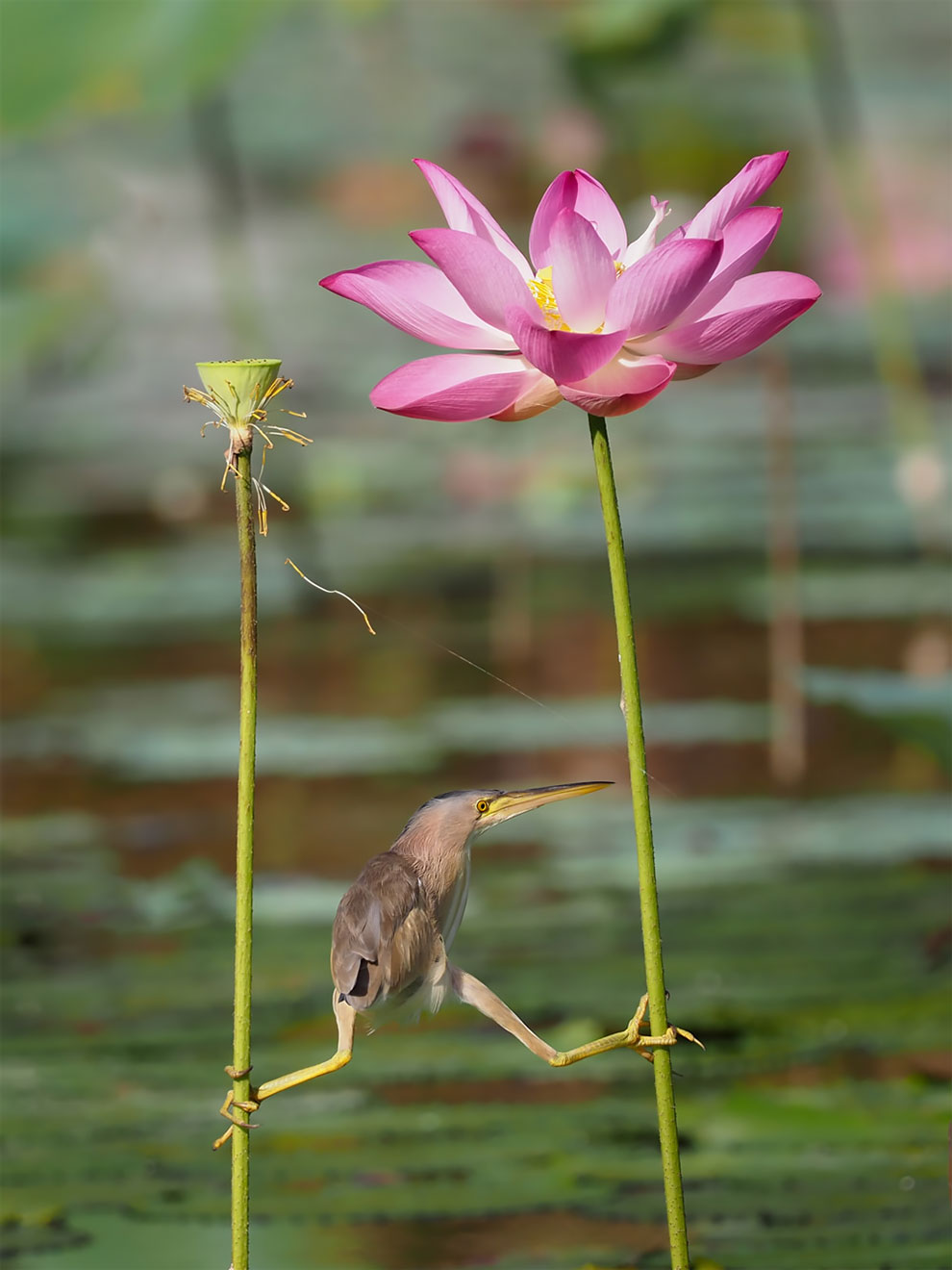 “A Yellow Bittern was trying very hard to get into a comfortable hunting position. I got this shot when it was between 2 stalks of lotus flower.” 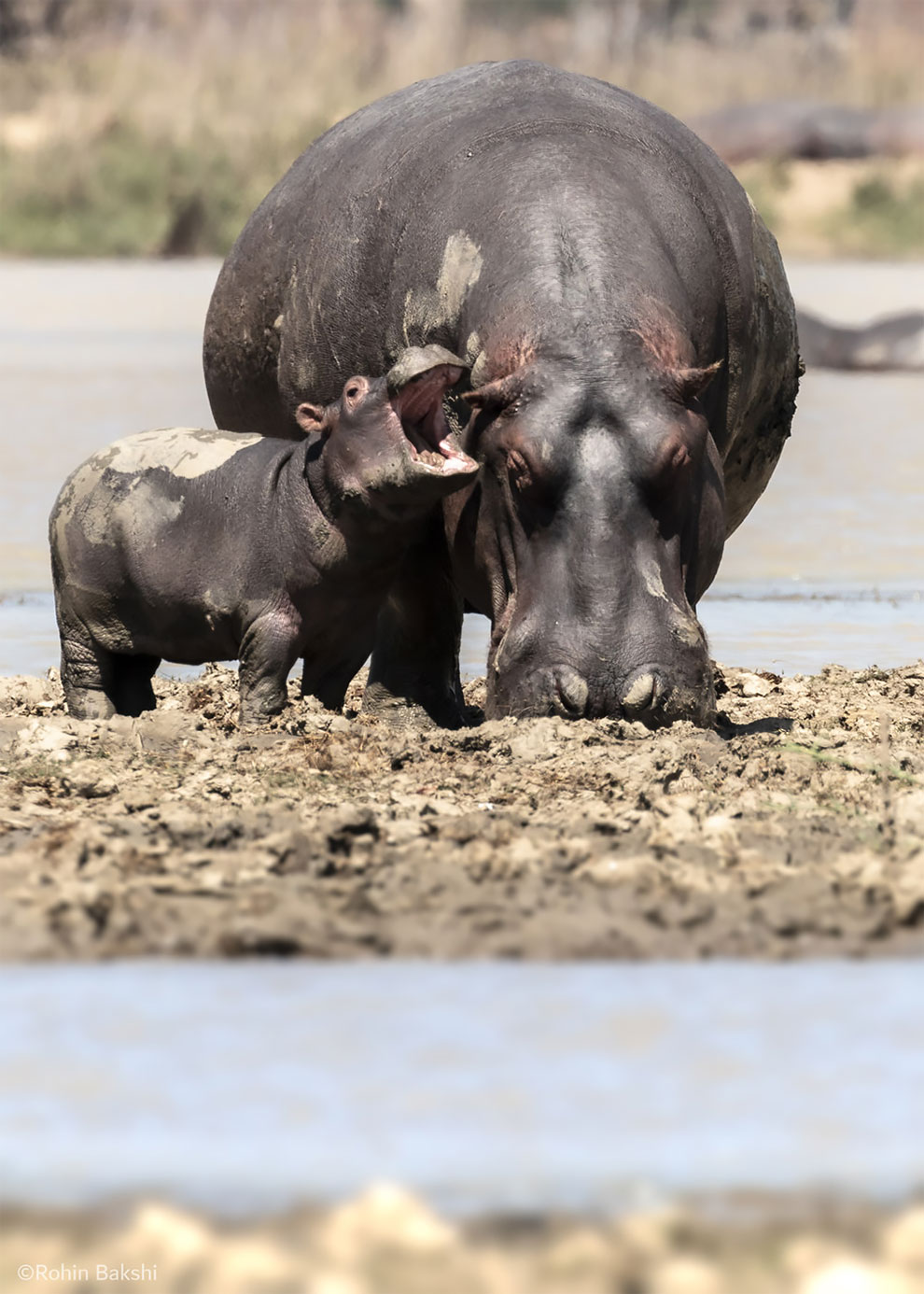 “The baby hippo wanted his mother’s attention, but it seems he wasn’t getting any..”

"Birds Of Britain": Photographer John d Green Captured The Beauties Of London In 'Swinging Sixties'
Elegantly Surreal Portraits Of Blue Women From Montreal
New York Through The Lens Of Weegee
Photographer Showing The Reality Of Ukrainian Children And Women Who Have Escaped From War To Poland
Super Antics: The Badass Comics by Kerry Callen
Photographer Mirko Nahmijas Reveals The 'Star Wars' Architecture Of Soviet Belgrade
Spectacular Winning Photos Of The Bird Photographer Of The Year 2022
Magnificent Portrait Photos Of Hollywood Icons Taken By Douglas Kirkland
The Final Selection Of Entries From The National Geographic 2015 Photo Contest
Outtake Photos From The Doors’ Debut Album Cover in 1967
Someone Spotted That David Bowie Often Looked Like A Sea Slug, Created An Entire Blog To Prove It
Photographer Spent 12 Years Taking Pictures Of The Foetus Developing In The Womb
Great Photos Of Mid-Century New York City By Frank Oscar Larson
"The Memories Of The Future": Photographer Nuno Assis Captures Fantastic Photos Of Hong Kong
Photographer Karen Jerzyk Paints Entire Rooms A Single Color For Surreal Shots
Photographer Documented How Women Protest The New Law That Bans Abortion In Poland
Russian Artists Recreate Famous Paintings And Have Much Fun
Photo of the Day: You Drive!
This Guy Shows The Secret Side Of Glamorous Instagram Photos
Artist Sums Up Our Everyday Lives In These Humorous One-Panel Comics
Photographer Captured Discarded Disposable Medical Masks And Gloves On The Street
Marvelous Female Portrait Photography by Kai Böttcher
Stunning Painting-Like Photography Shows Off The Beauty Of Rainy Season In Japan
Vintage Photos Capture Springtime In Clarksville, Arkansas In 1953
awards, comedy, contest, humor, wildlife