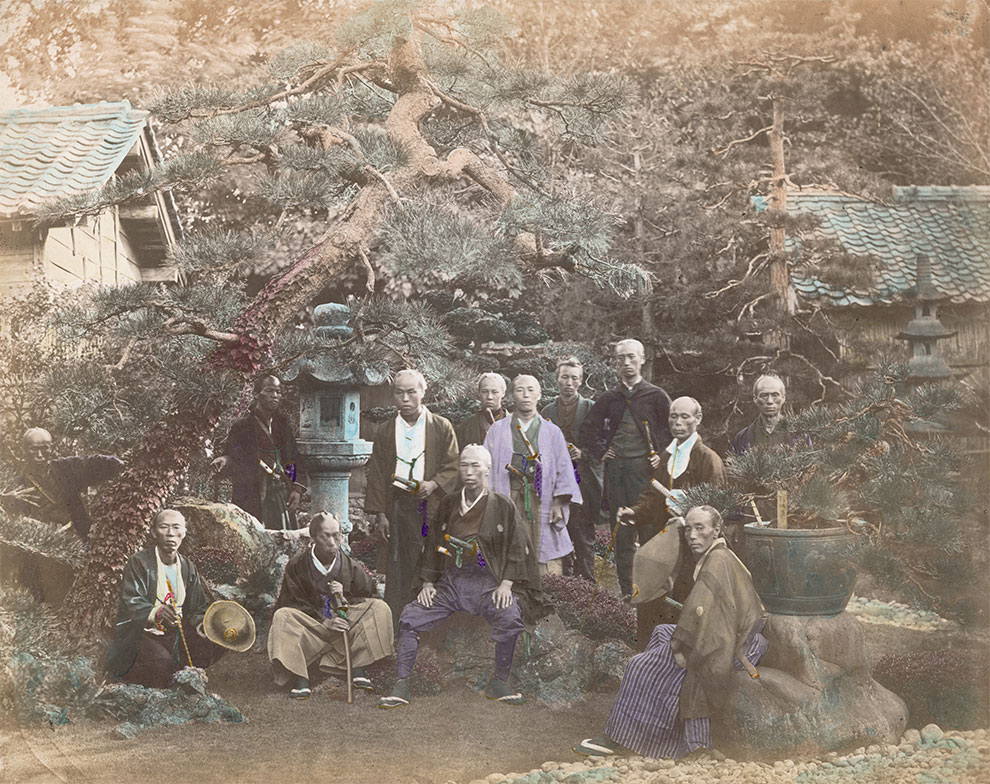 A group of officers in the service of a prince from the north of Japan, circa 1865. (Photo by Felice Beato/Spencer Arnold) 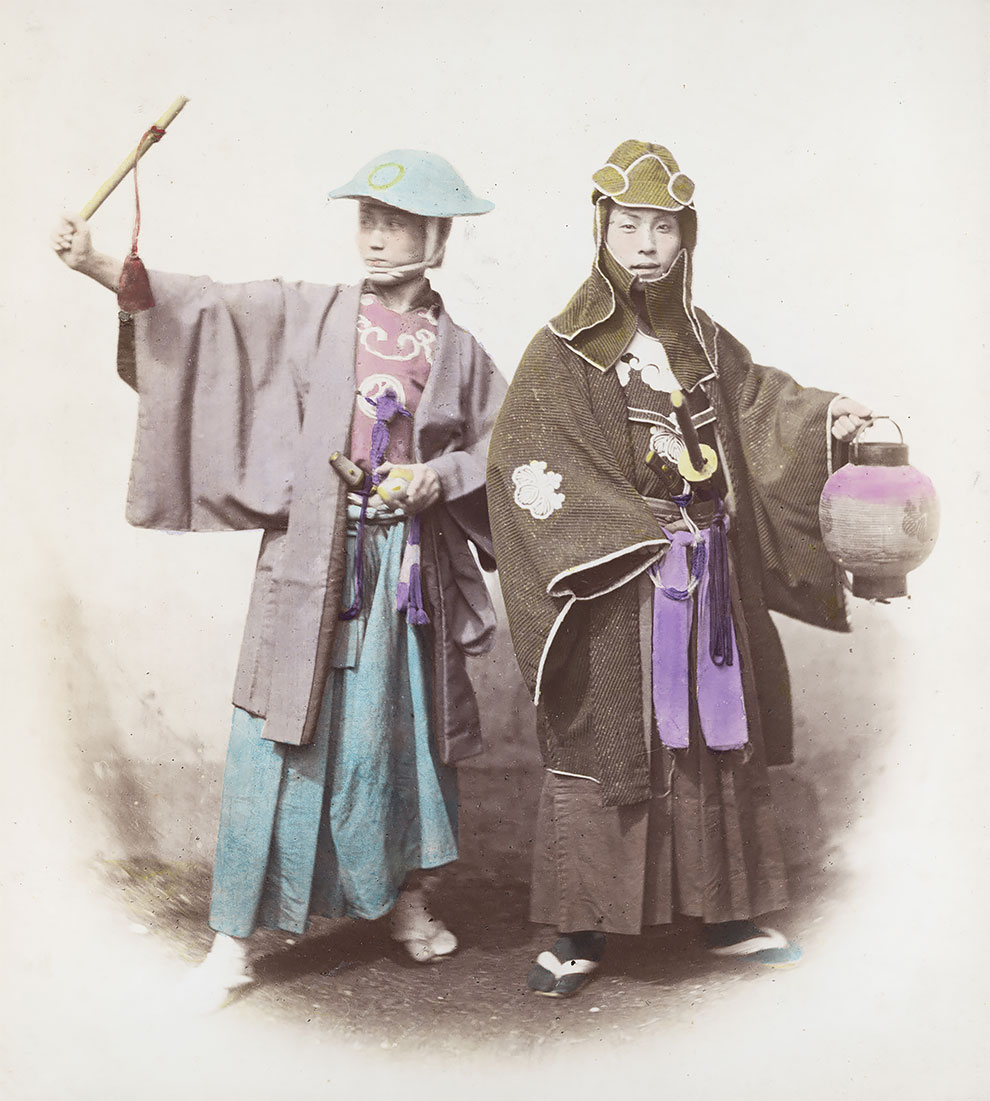 Two Japanese samurai in fire dress, circa 1865. The one on the left wears a jingasa hat, and the one on the right wears the traditional indigo tabi socks of the samurai firefighter. (Photo by Felice Beato) 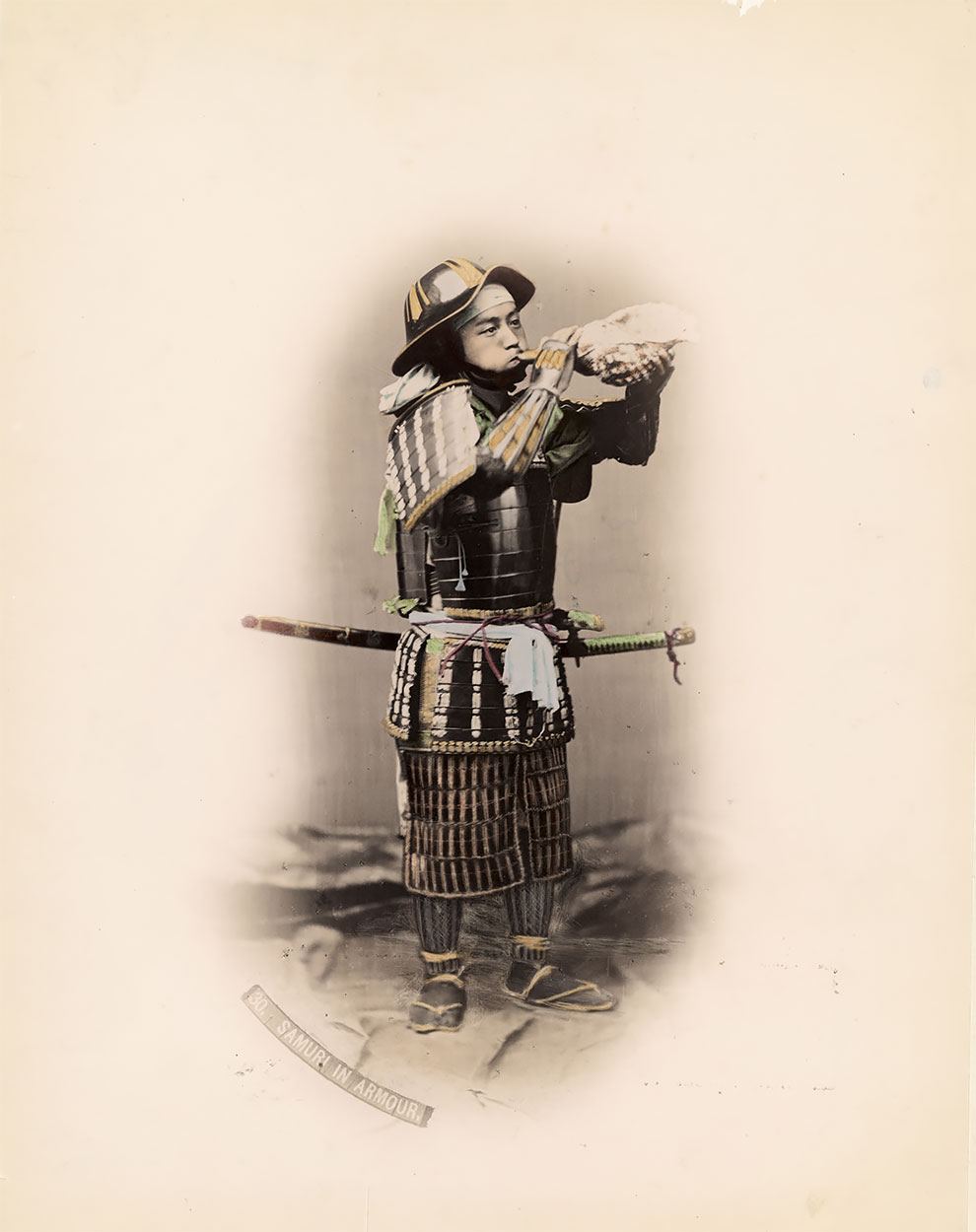 A Samurai warrior in armour, 1867. (Photo by Hulton Archive) 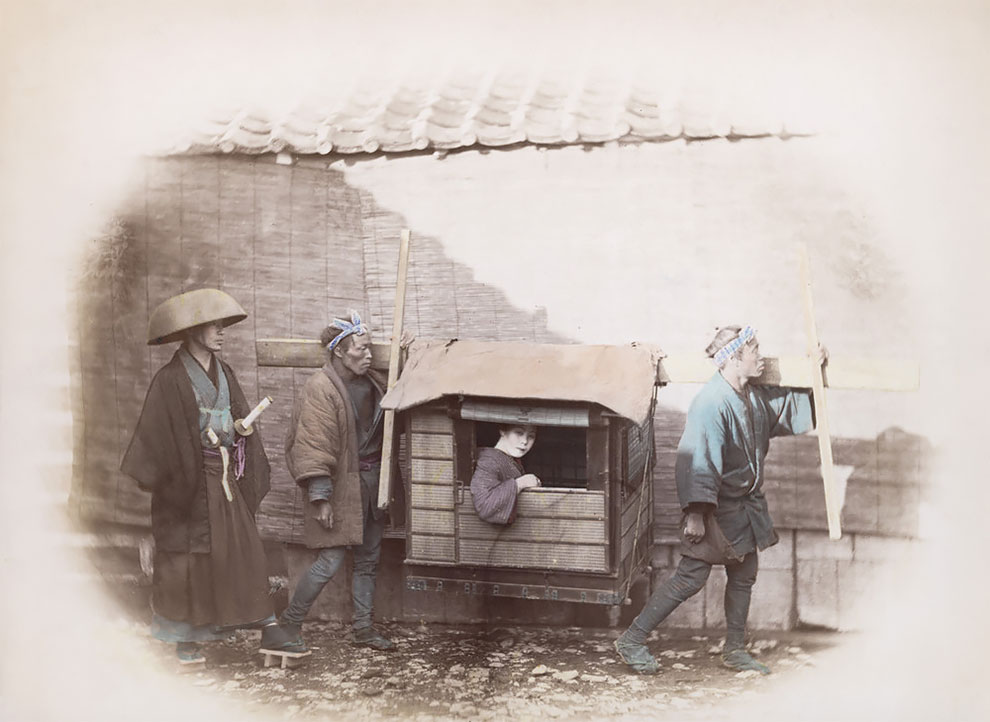 Two Japanese kago bearers carrying a woman in a sedan chair, circa 1865. A samurai with two swords accompanies the group. (Photo by Felice Beato/Spencer Arnold) 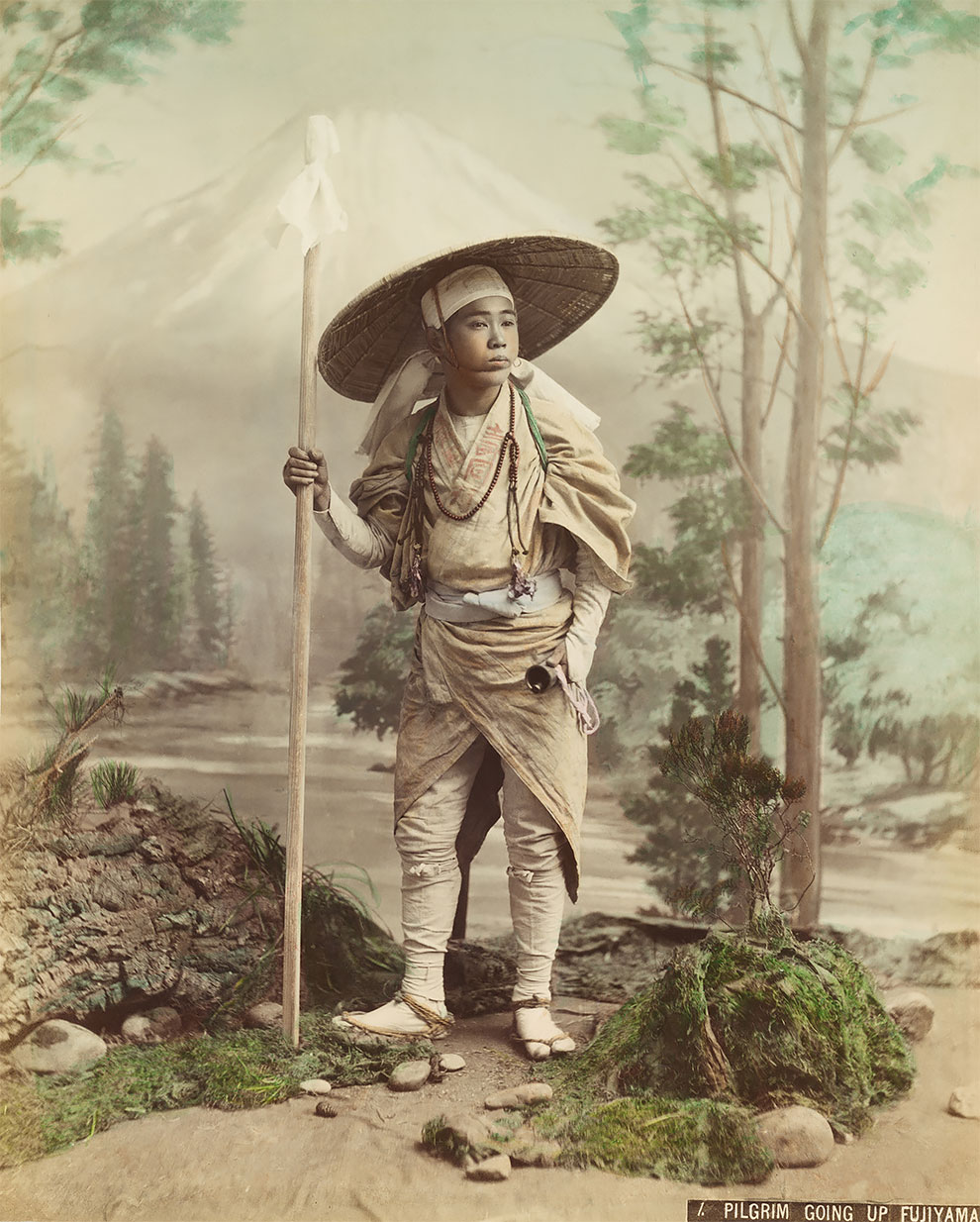 A pilgrim on his way to Mount Fuji (Fujiyama) on the Japanese island of Honshu, 1880. (Photo by Kusakabe Kimbei) 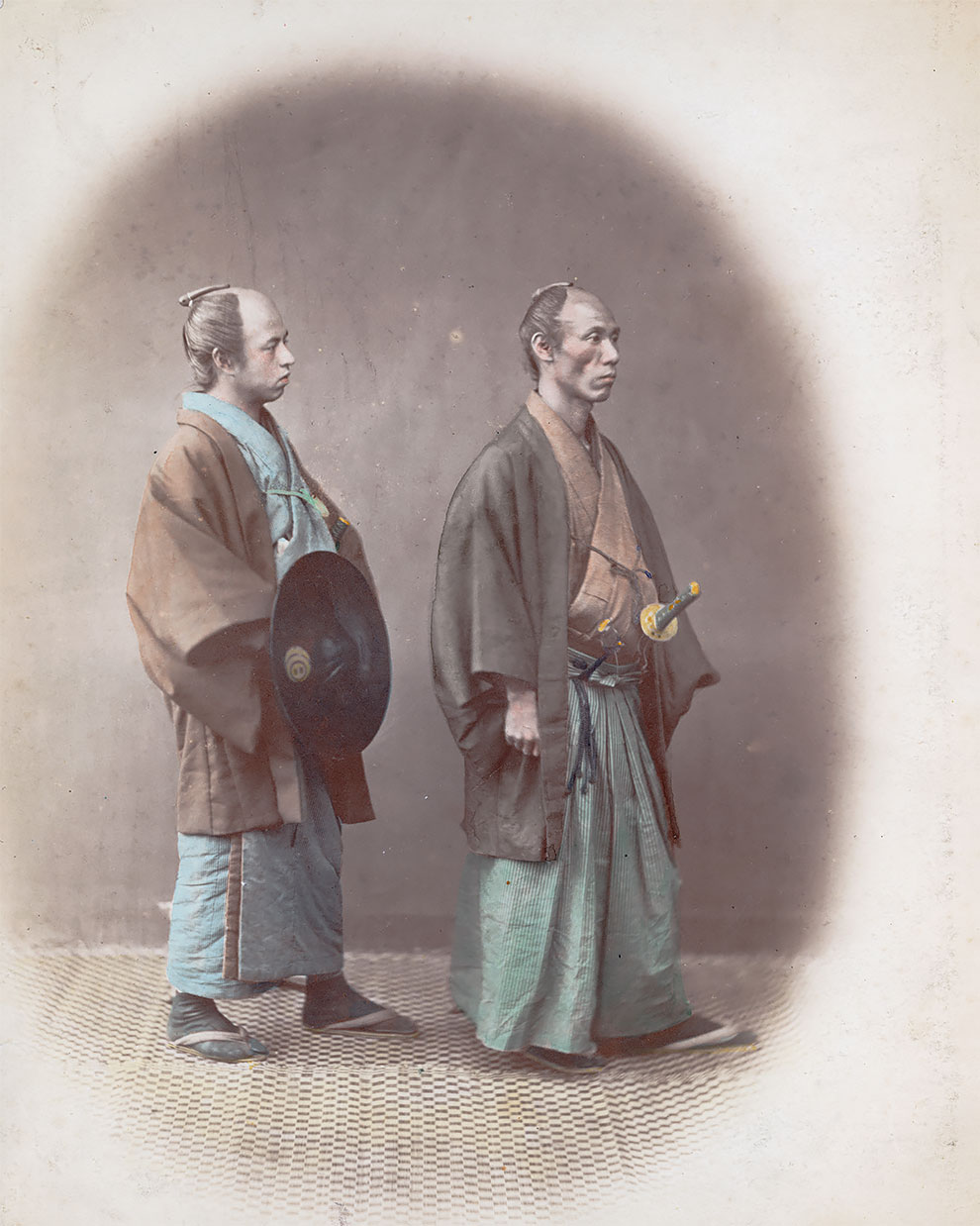 Japanese samurai, aristocratic warriors in the service of a lord, circa 1865. (Photo by Felice Beato) 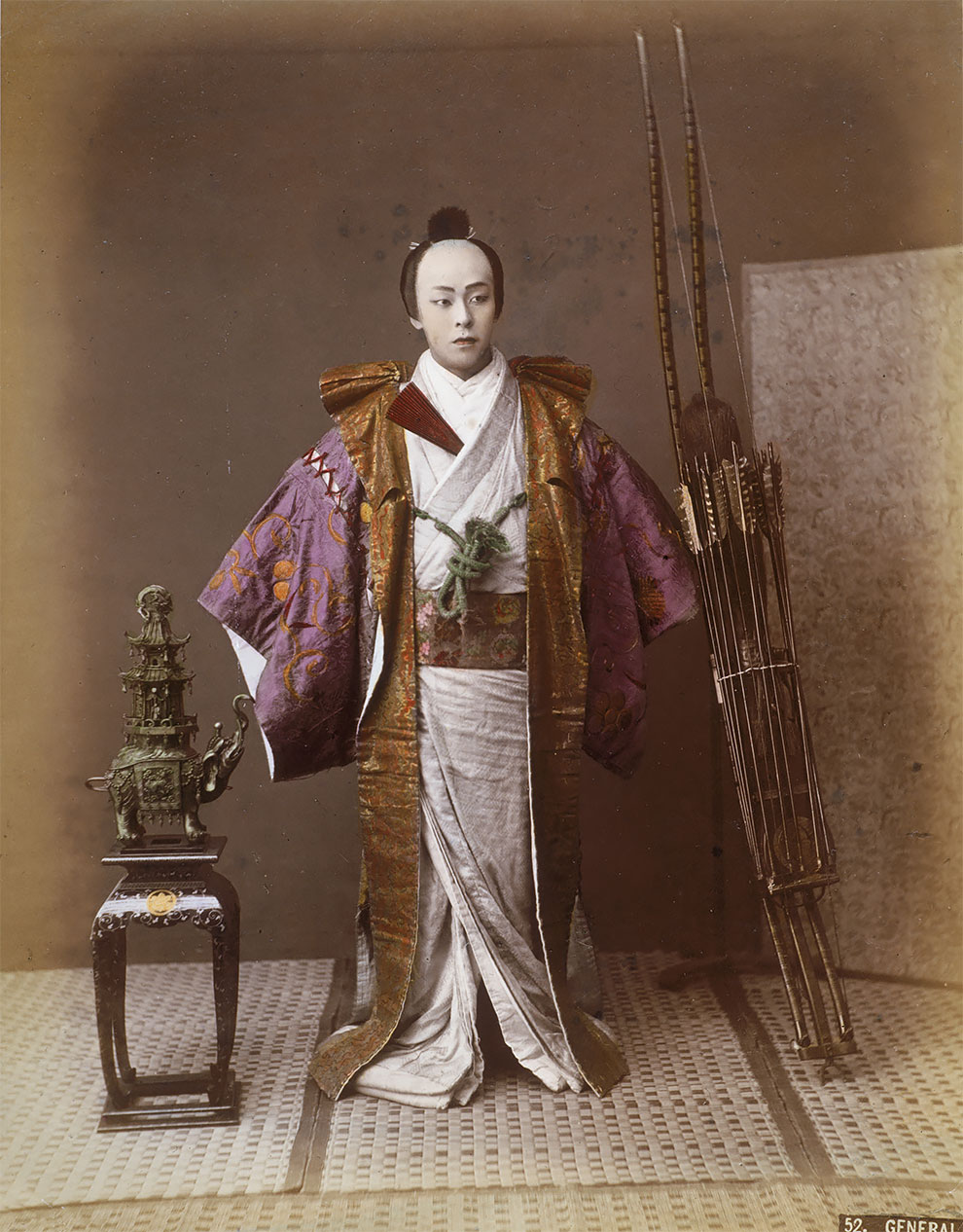 A Japanese general, circa 1865. (Photo by Hulton Archive) 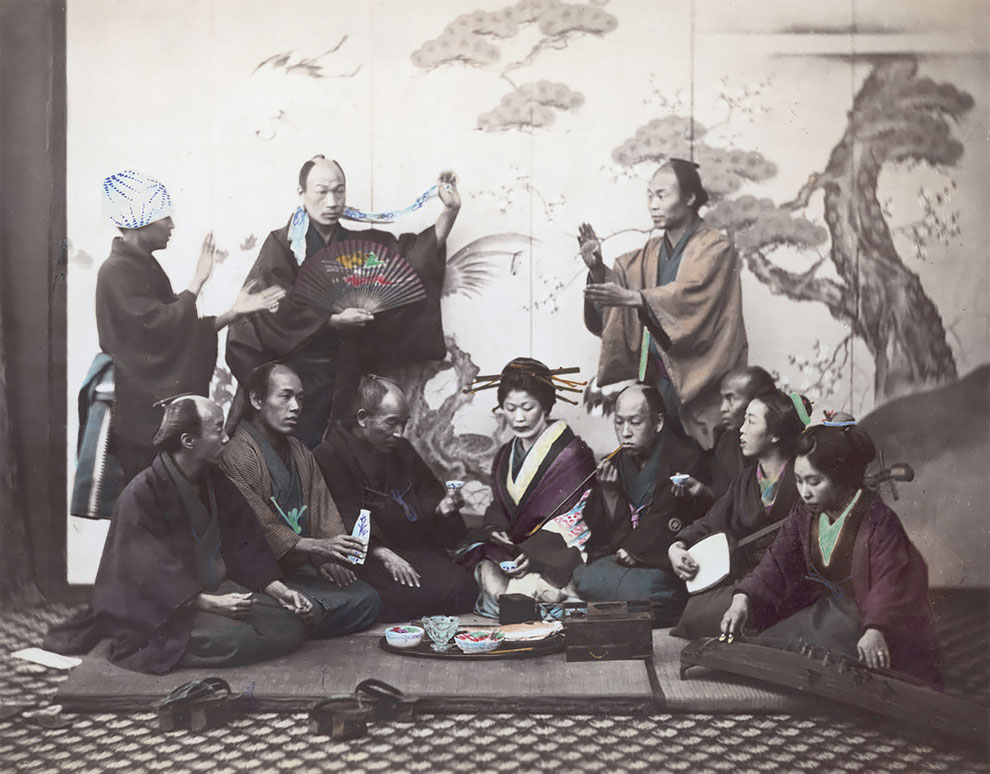 An elegant meal in Japan, circa 1865. The two ladies on the right are playing a shamisen and a koto, while a communal pipe is passed around. (Photo by Felice Beato/Spencer Arnold) 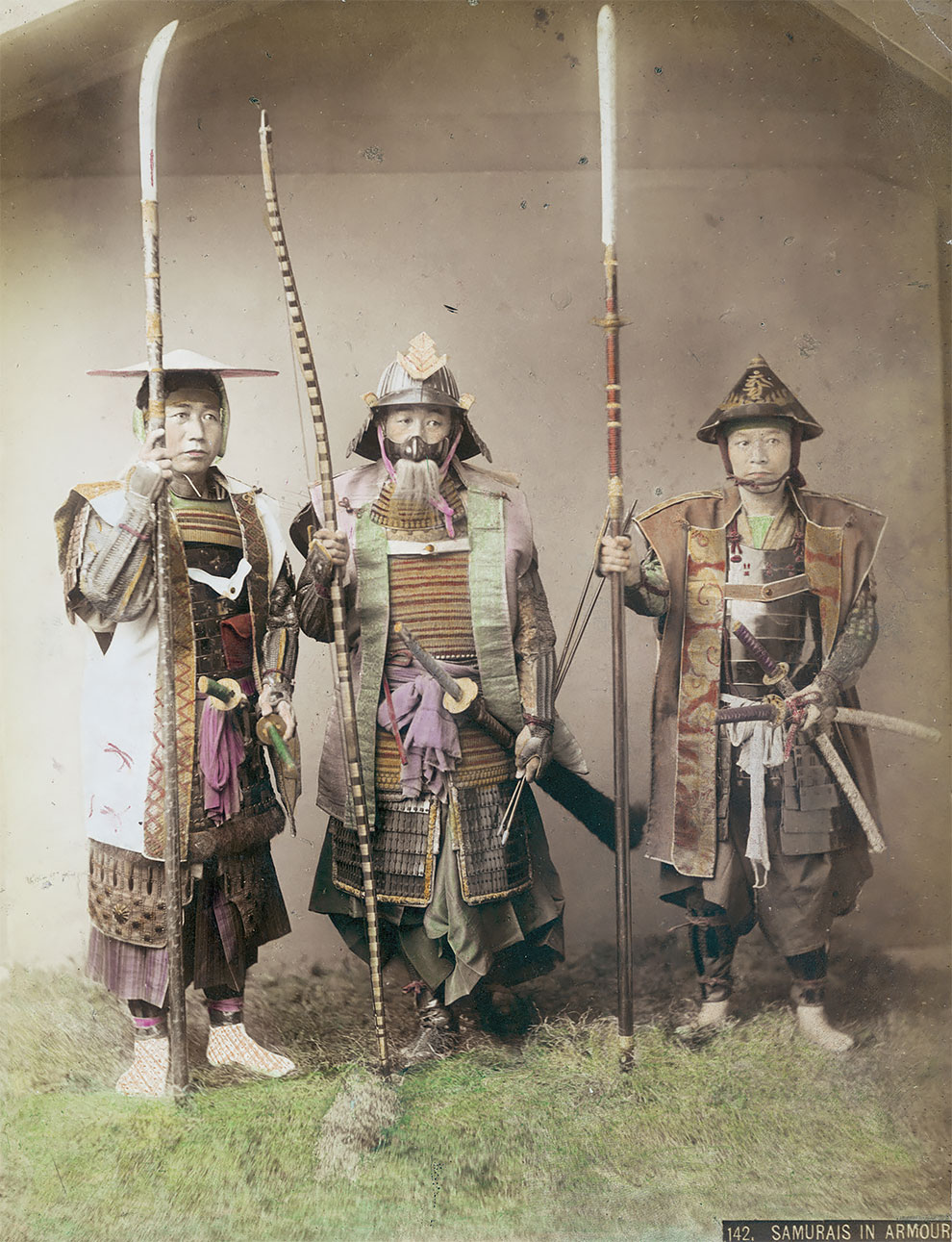 Three samurai warriors in armour, circa 1880. (Photo by Kusakabe Kimbei)

Photographer Titus Poplawski Captures Beautiful, Intimacy and Surreal Photos
Stunning Plus Size Models at New York Fashion Week
Earth From Above: Stunning Drone Photography By Demas Rusli
The Isolator: This Insane Anti-Distraction Helmet From 1925 Would Fit Into Any Modern Open Office
Surreal Self-Portrait Photo Manipulations By Annegien Schilling
September 25: This Day in Photos from the Past
Belarusian Swimmer In A Potato Field Turned Out To Be A... Polish Model
Lovecraftian Horror Unleashed In The Murky Depths Of Green Tea
2020 Sarcastic Vintage Pictures Calendar Is Here!
These Powerful Images Capture The Spear-Wielding Tribes Of Papua New Guinea Who Believe They Are Possessed With The Spirit Of The Crocodile
Former Playboy Models Photographed 60 Years Later
Photographer Spent 12 Years Taking Pictures Of The Foetus Developing In The Womb
"Selfie": Photographer Flora Borsi Photoshops Herself Among A Famous Historical Figures
Rerouted: Photography Series by Justin Dingwall & Roman Handt
Kate Moss and Saskia de Brauw for Vogue France, September 2012
59th World Press Photo Contest Winners
Glamorous Photos Of Elvis Impersonators At The Elvis Festival
LIFE Magazine's Sexiest Photos Of All Time
UK Underwater Photographer of the Year 2016 Winners
Magical Teacher Helps Students In The Himalayas Play Quidditch
This Set Of Pictures Were Provided By The Dupont Circle Hotel In Washington DC And Dramatically Brought To Life After Colourisation
Extraordinary Photos Of The Joy And Freedom Of Childhood At A Time When It Was Normal To Play Out In The Street
Kissing On A Rainy Beach: Bruce Davidson’s Photographs Of 1960s Britain
Photographer Captures Terrifying Army Of Scarecrows On The British Countryside
japan, retro, samurai