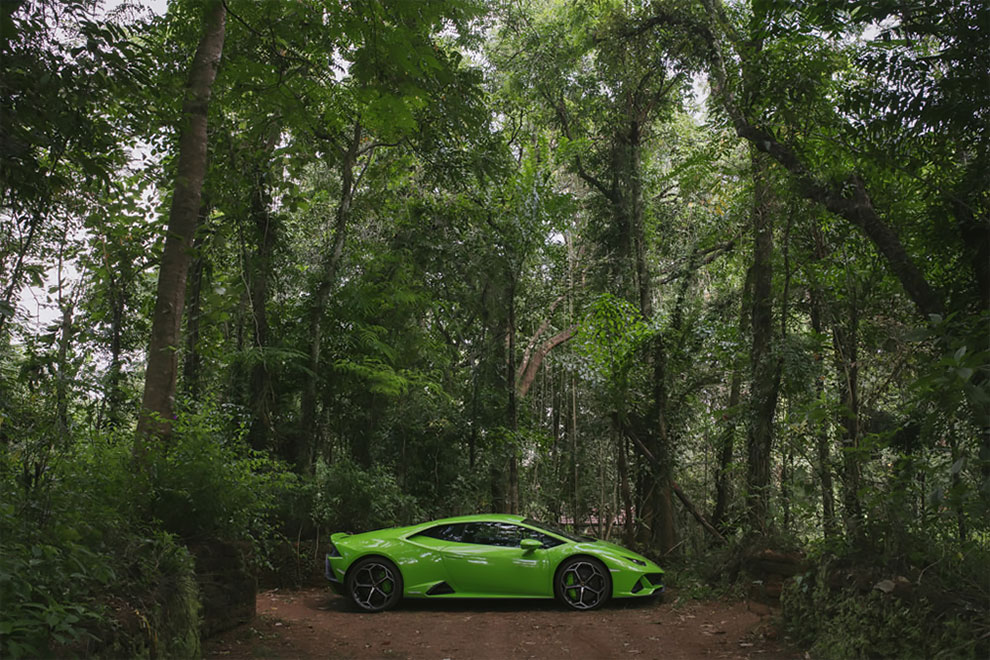 Adept in various genres of art and photography, Vimal Chandran could be aptly named a Visual Artist! A self taught artist with an impeccable flair for creativity, his work is often a skillful concoction of urban art, illustrations, installations, graphic design and photography. Hailing from the Gods Own Country, Kerala, Vimal currently lives in Bangalore, India.

Vimal undertakes commercial assignments with as much passion as his self initiated works and enjoys using his creative mind in designing , branding and photography. He is also the co founder of the company The Unposted Letters Creative, which showcases his works on unique lifestyle products. 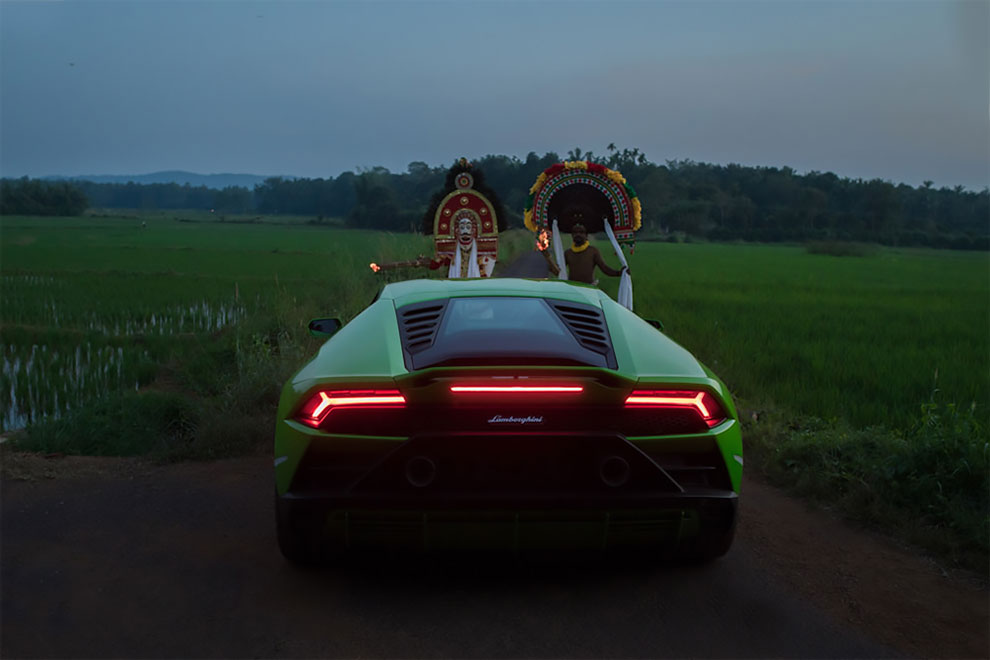 Vimal Chandran told about the project: “With Italy, For Italy is a global Photography and Art Project by Lamborghini, now extended to APAC region. This project was representing the Indian region commissioned by Lamborghini India. Lamborghini India asked me to create art, inspired from their cars and the local culture of the region. I came up with the concept of creating a meeting place for the past and the future.” 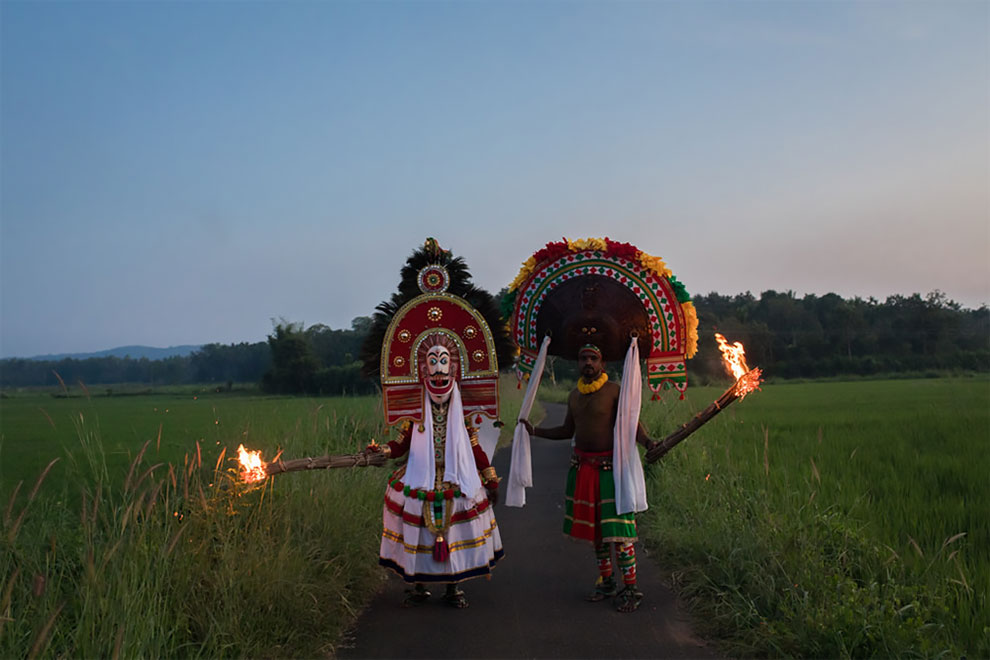 “The idea was to portray the car as a futuristic object, trying to interact with the mystic atmosphere of the village which runs on a different time. We have tried to achieve this by introducing this splendid vehicle – Huracán EVO to the culture, folklore, art and childhood memories of my native place in Palakkad- Kerala.” 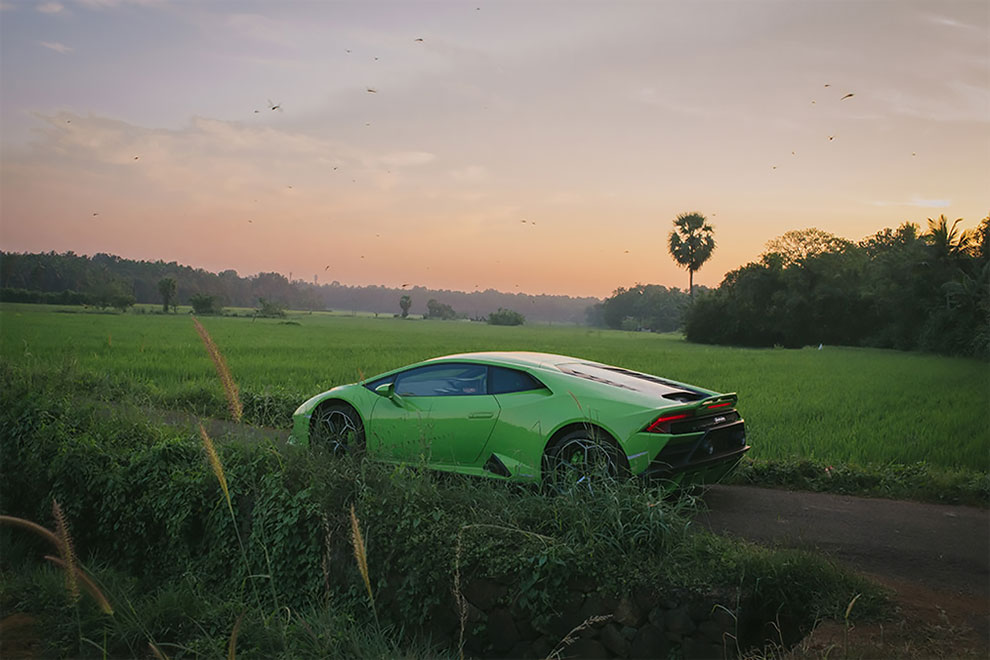 “For this project I chose my native place Kerala because of Muziris Port, based in Kerala, had trade connections with over 31 countries from different continents including regions in Europe like Italy, dating all the way back to the 1st century BC or even further beyond! This project includes Photographs, Art and a Film. The collaboration film was created along with Sharan Velayudhan and Ordinary Secrets Films.” 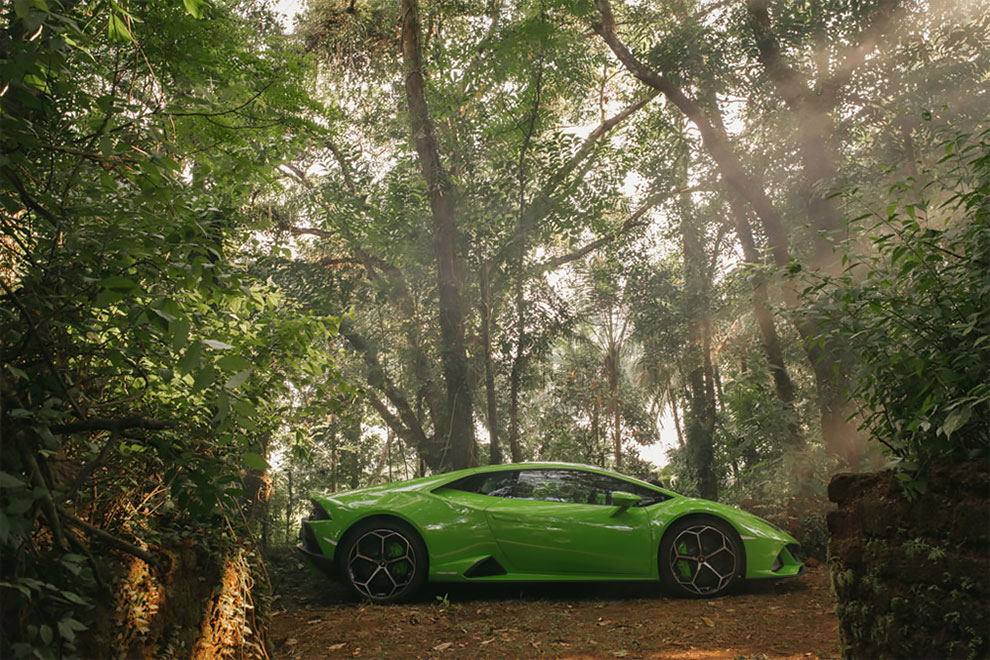 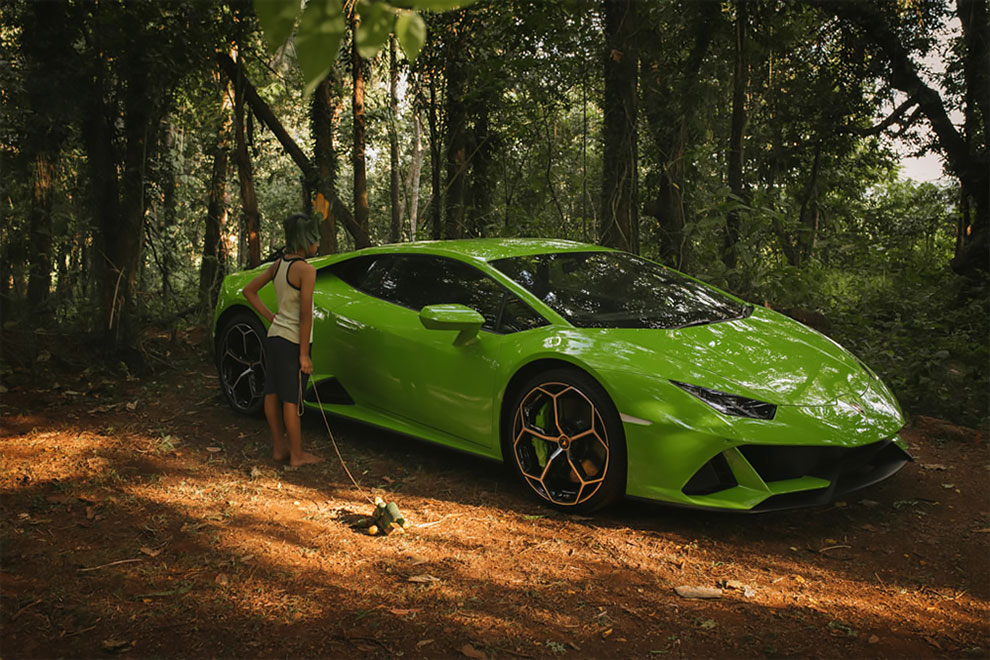 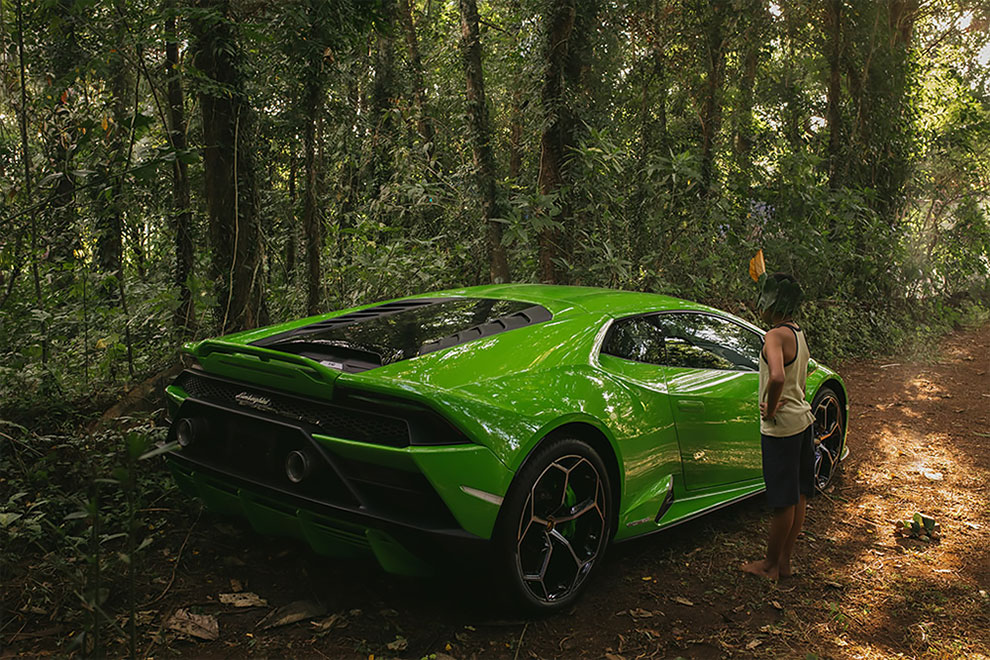 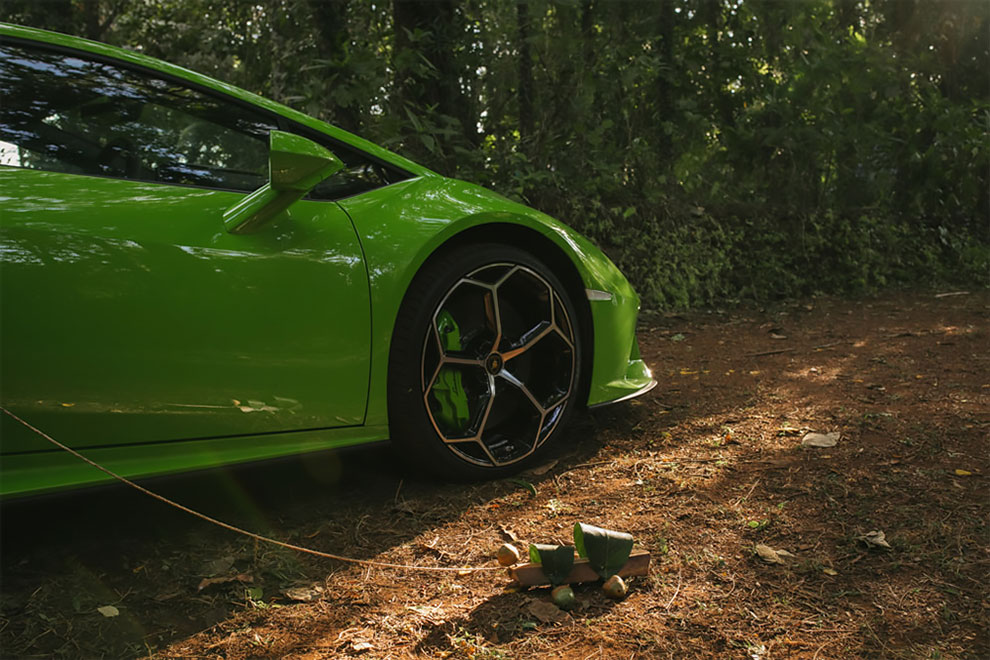 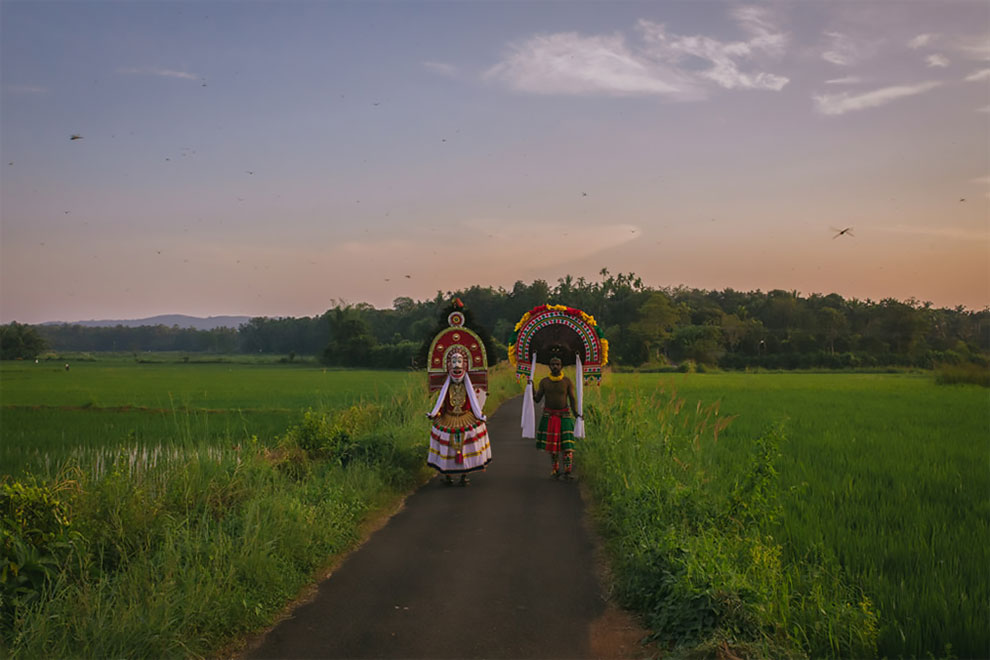 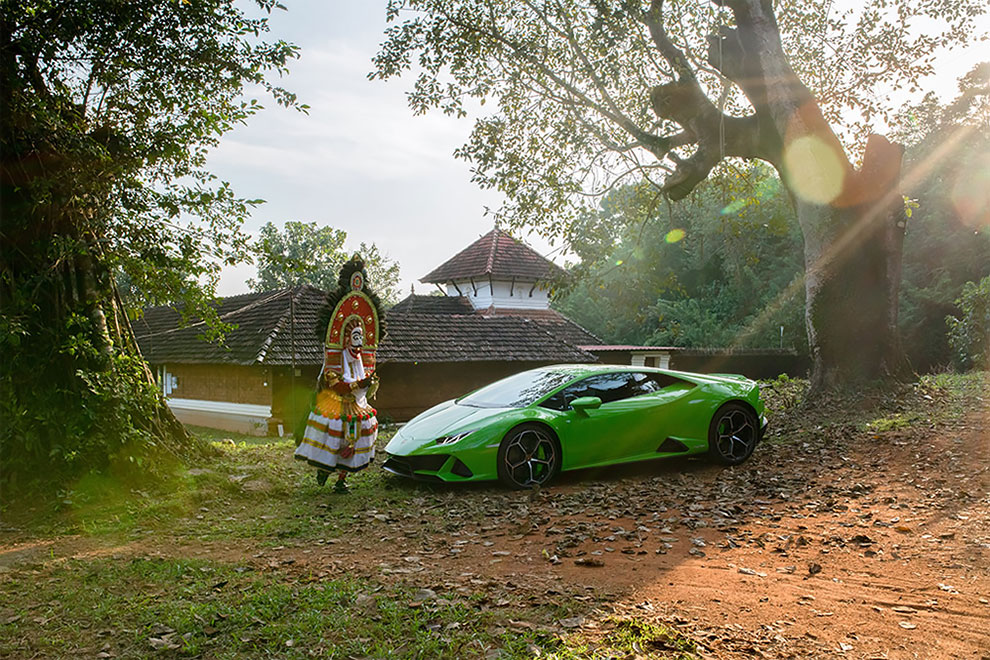 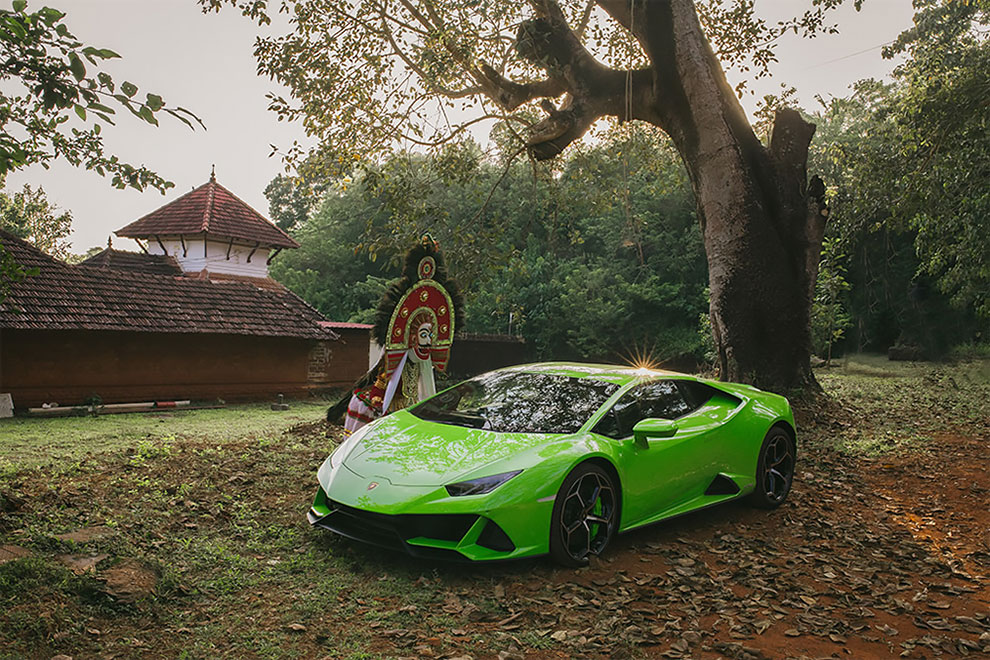 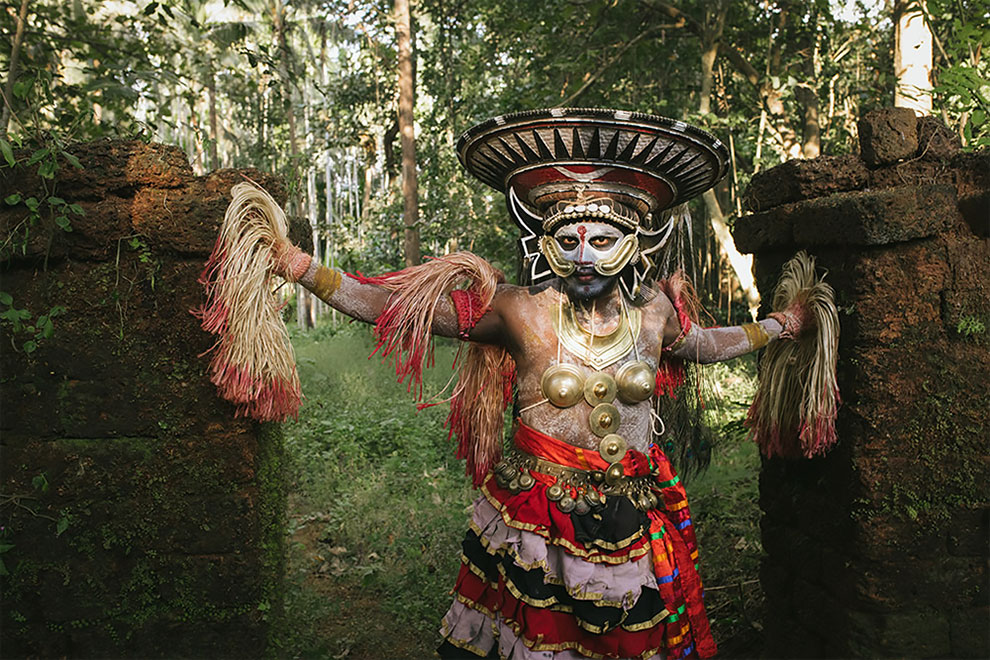 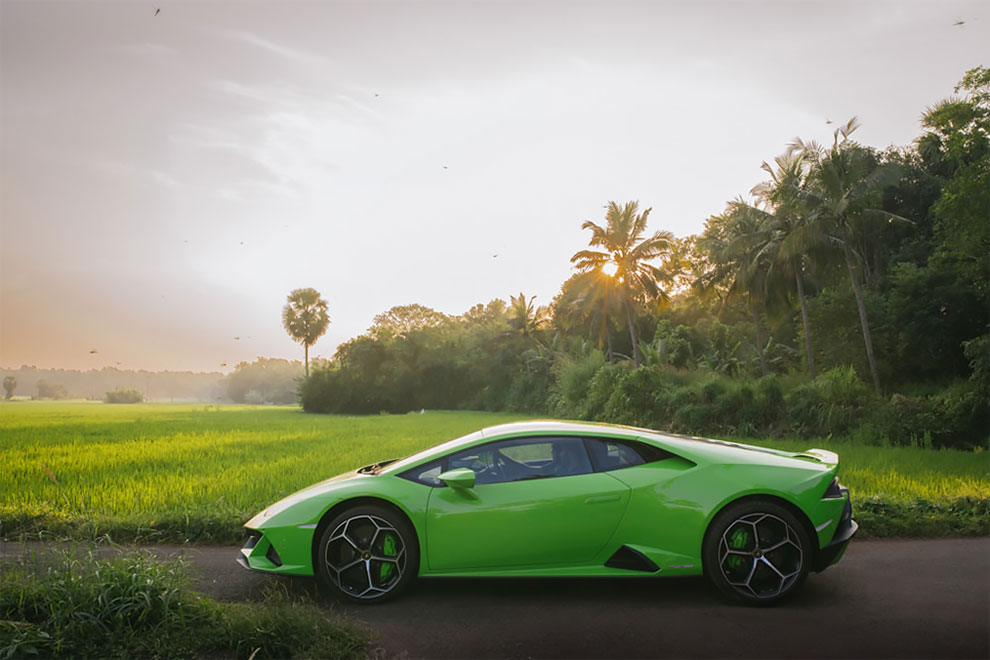 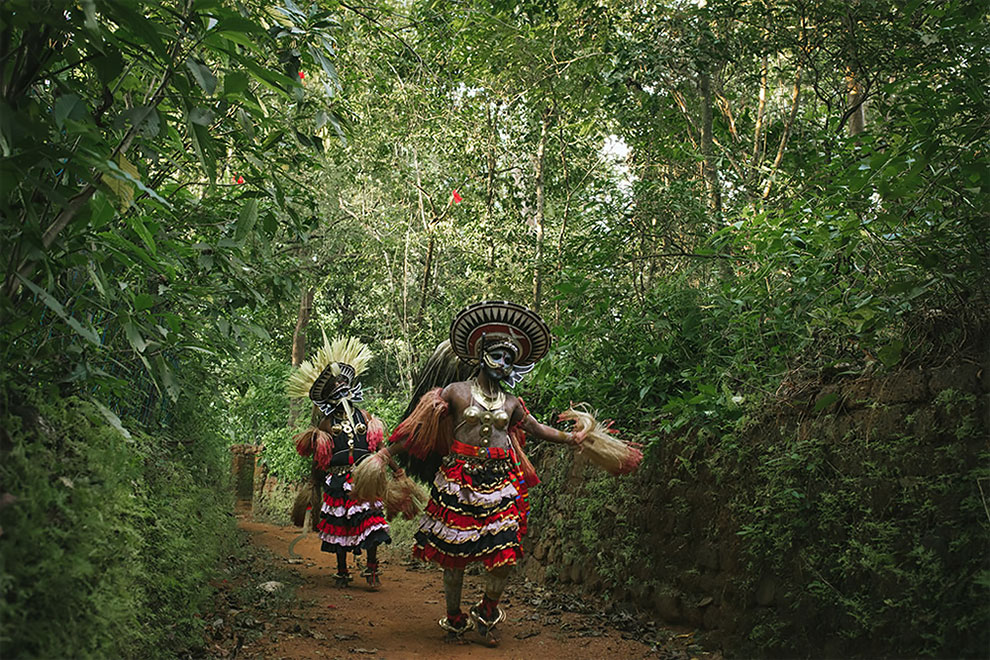 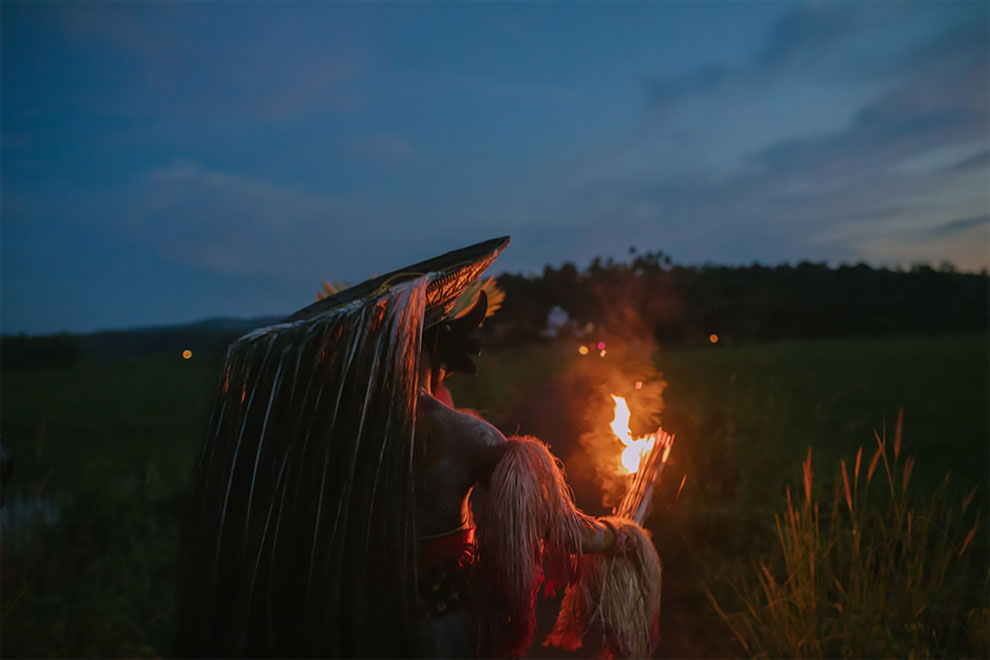 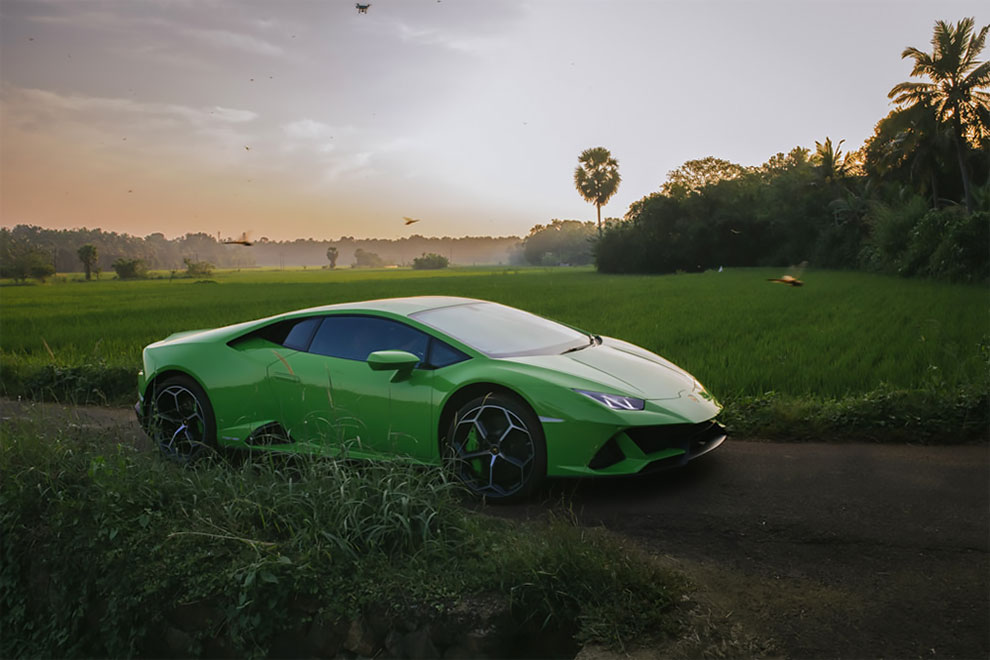 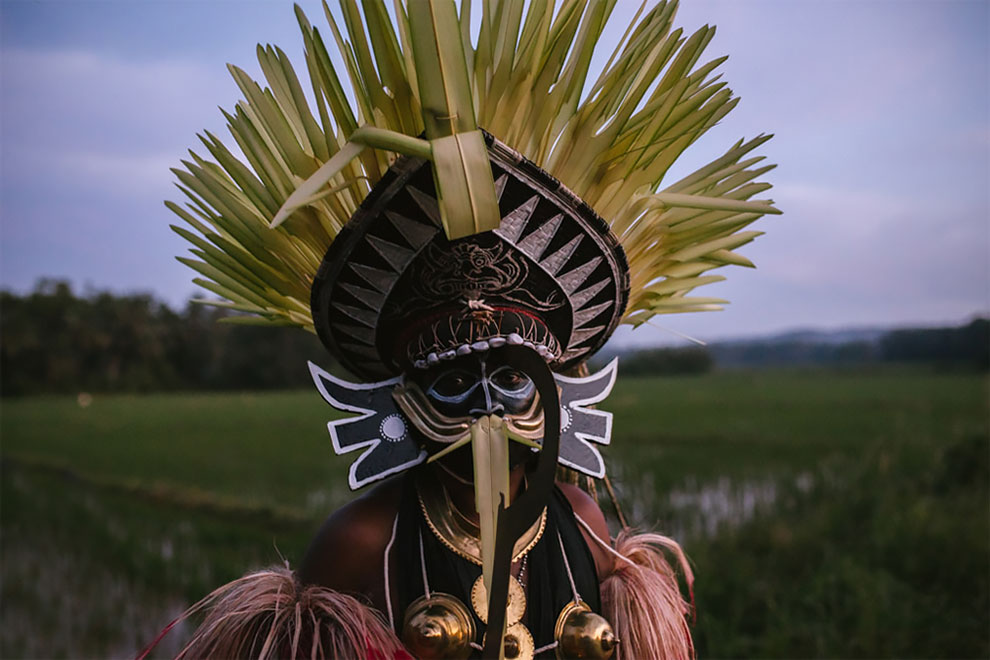 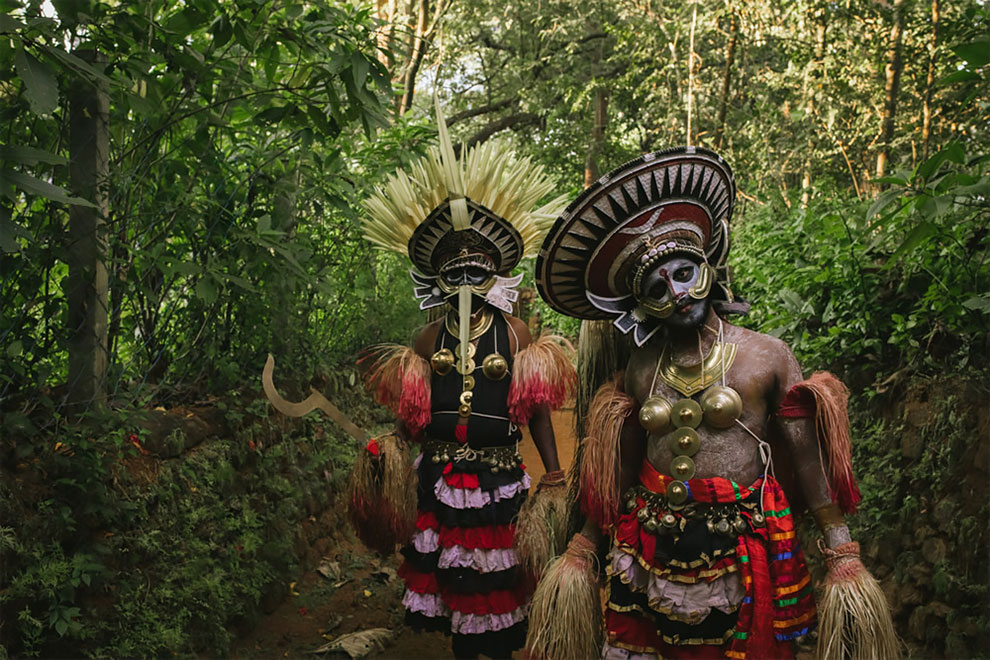 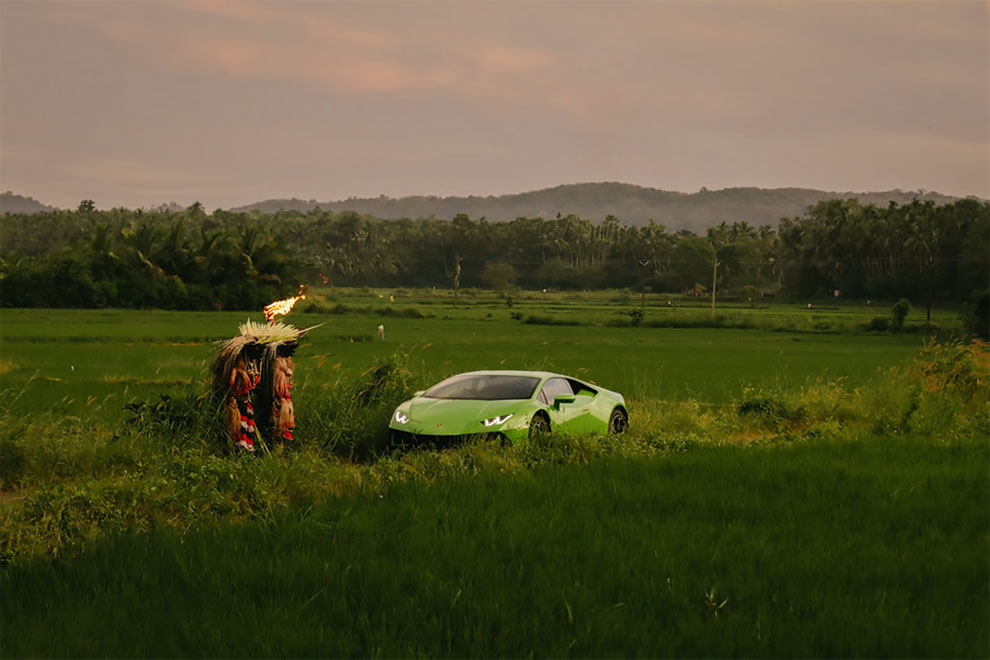 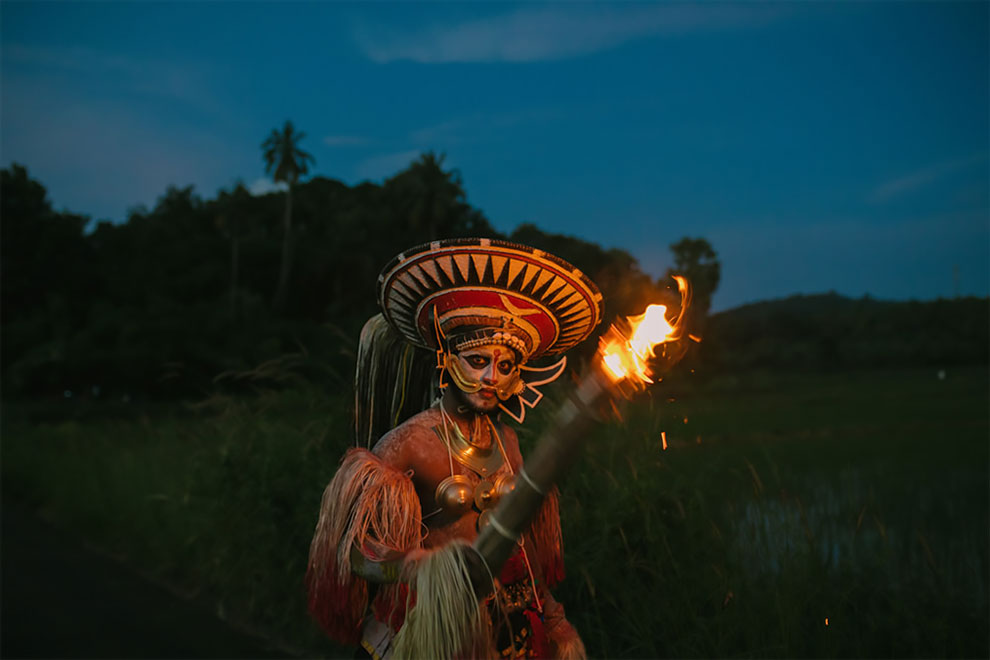 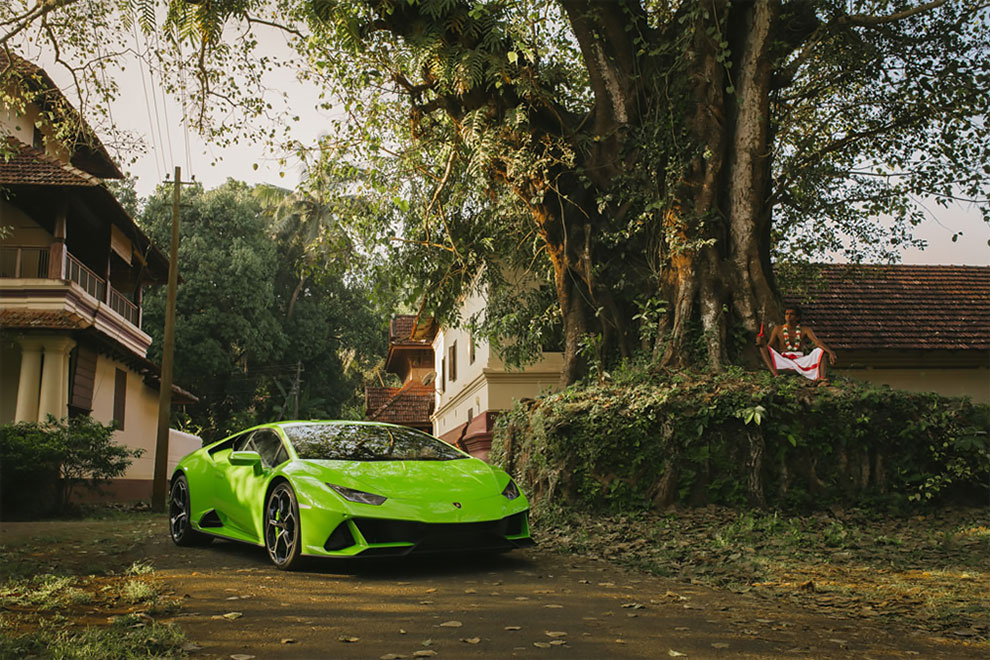 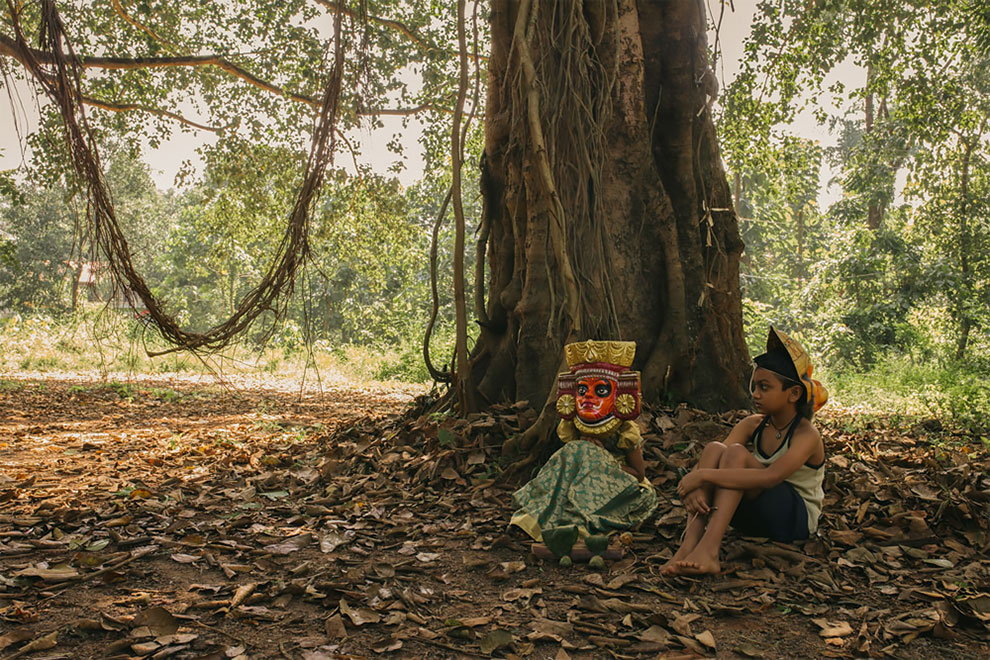 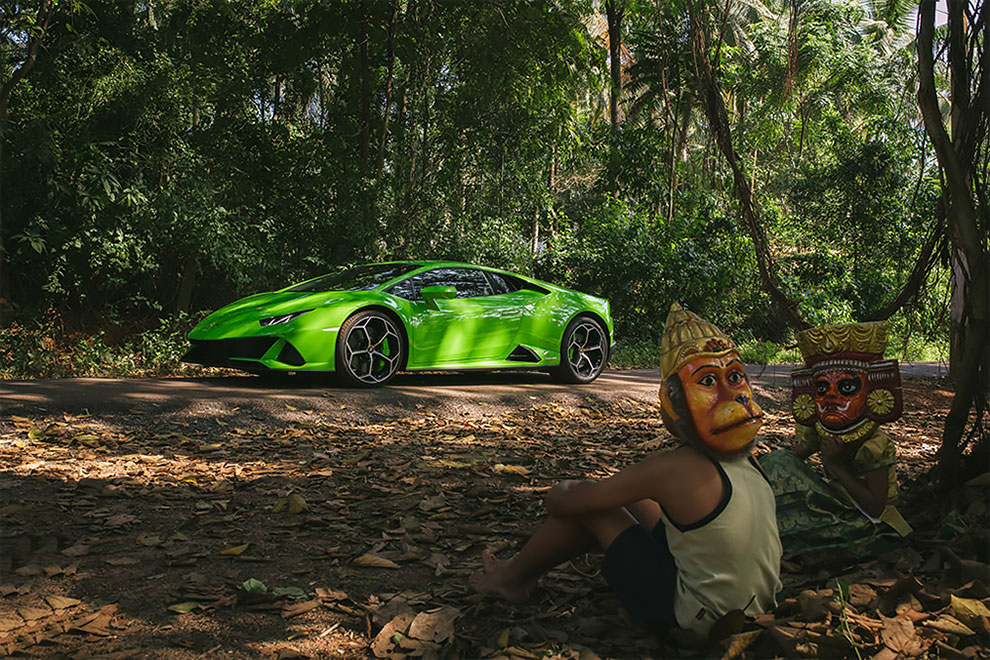 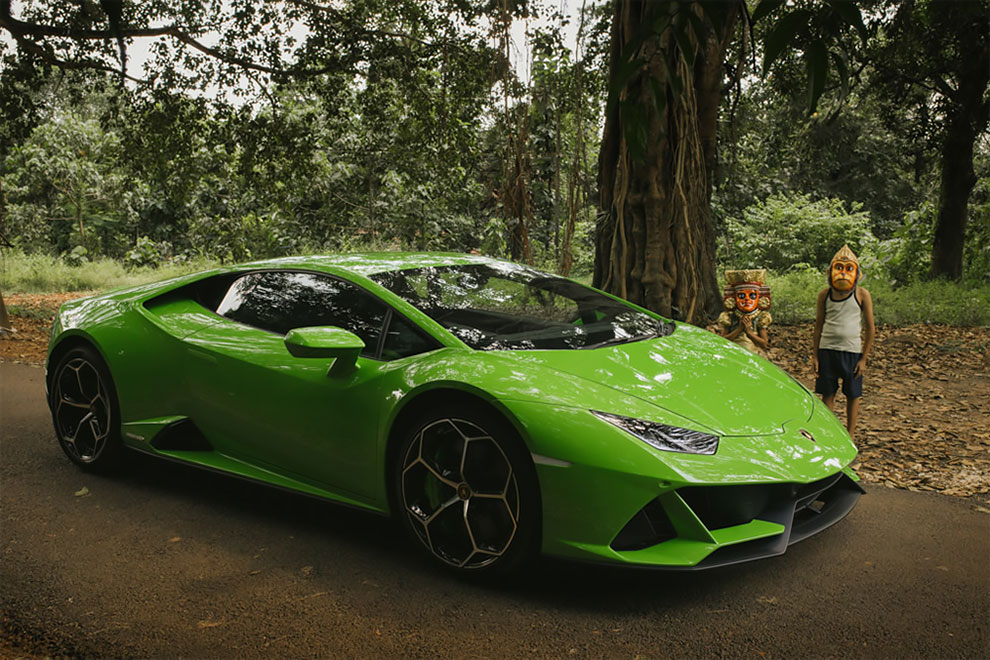 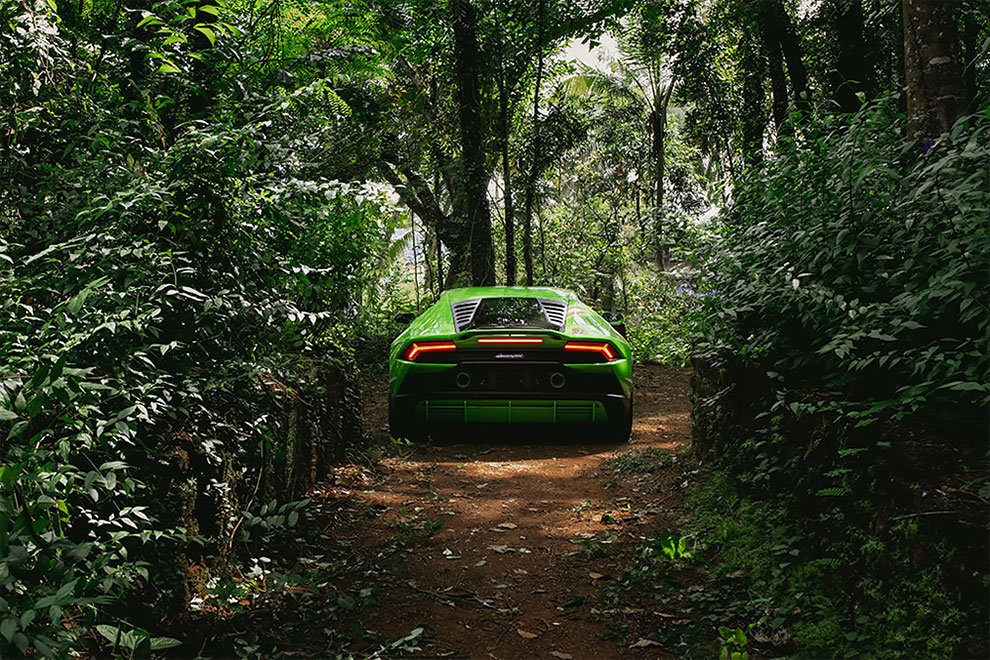 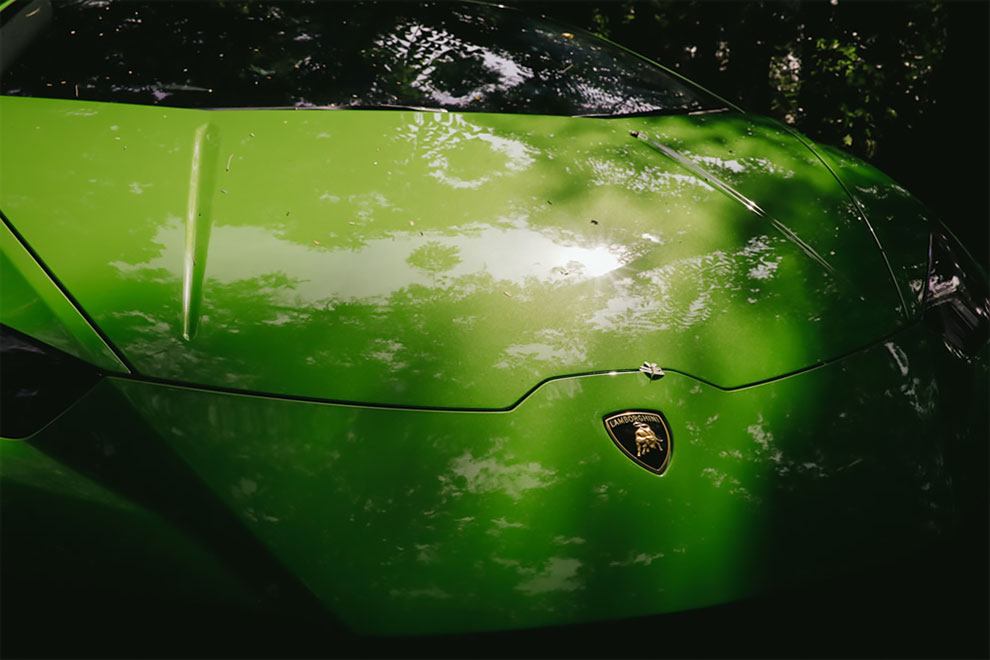 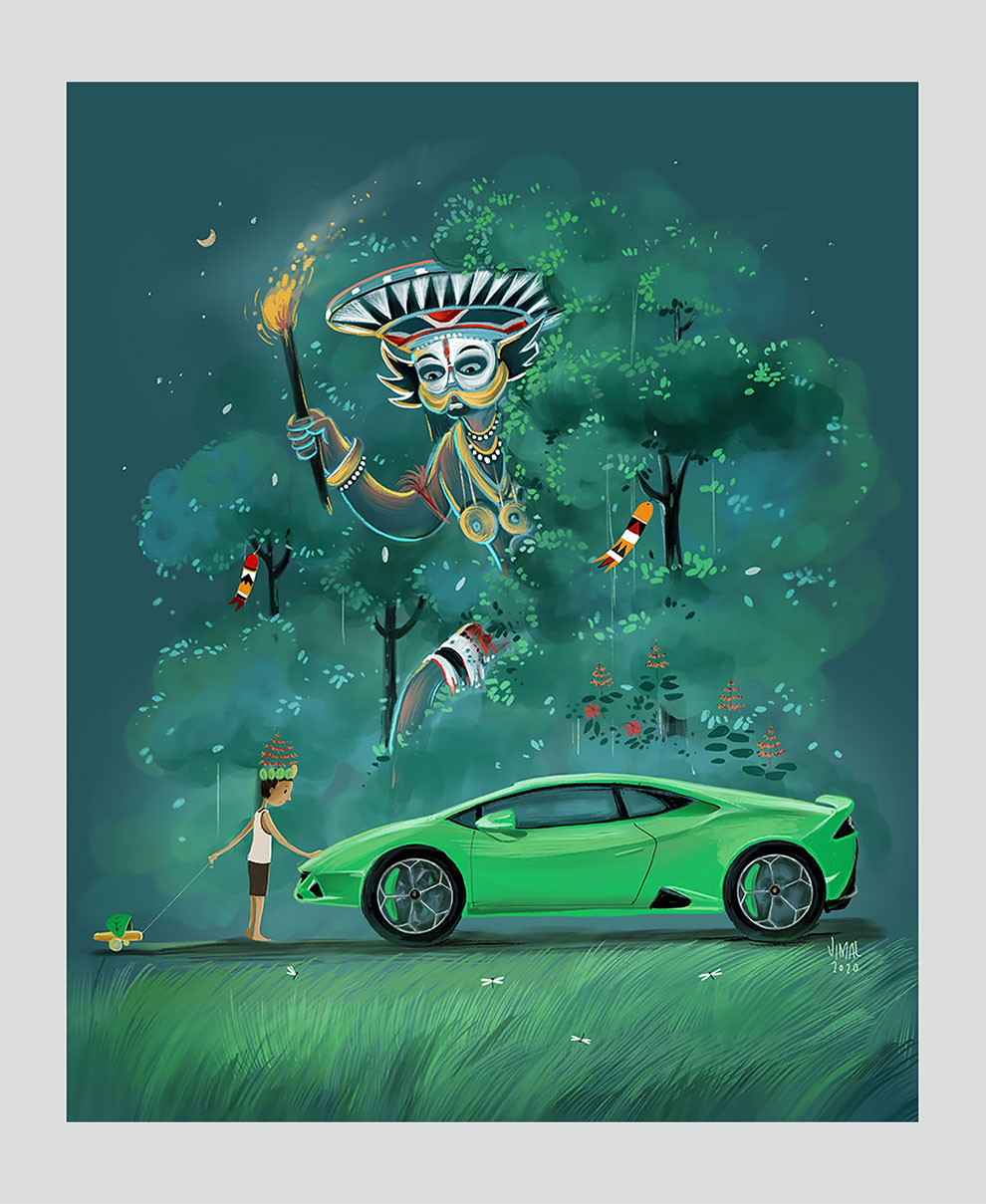 Photographer Josef Schulz Captures Abandoned Checkpoints Across Europe
Photographer Sally Mann Wins 2021 Prix Pictet for Series on Wildfires
Woman Stages Very Intimate Postpartum Photo Shoot To Build Back Her Body Confidence After Having 3 Babies In One Year
2017 National Geographic Nature Photographer Of The Year Publishes First Round Of Beautiful Entries
Using Flowers And Colour, Photographer Giseok Cho Documents His Generation Of Koreans
Beautiful Sweden From Above: Stunning Drone Photography By Viggo Lundberg
Breathtaking Rooftop Shots From Skyscrapers Of Shanghai By Oliver Shou
"When Only Sadness Remains": Moody Street Photography By Daniel Kraken
"A Journey Guided By The Elements:" Surrealistic Reality In Photographs By Benjamin Everett
A Fascinating Photo Project About The Reflection We Want To See In The Mirror
Last Days of Autumn Season
A 15 Years Old Boy From India Creates Surreal Photoworks
Studio Portraits of American Indians by Alexander Gardner From the 1860s
These Eerie Photos By Aakaash Bali Bring Nostalgic Comfort To Some Or A Sense Of Unease To Others
Cool-Tone Urban Scenes In Vibrant Photographs By Juller Many
The Sony World Photography Awards 2012: Student Focus Shortlist
Rare Color Photos From The Depression Era
The Winners Of Hasselblad Masters 2021 Photo Competition
Leafy Sea Dragon
The Majesty Of The Animal Kingdom in Amazing Photographs by Simen Johan
"My Surreal Photography Is A Reflection On Years Of Depression"
Fashion Campaign for Schield Collection
The Beauty Of Finnish Winter Swimming
Brilliant Automotive Photography By Daniel Cali
india, lamborghini, Vimal Chandran