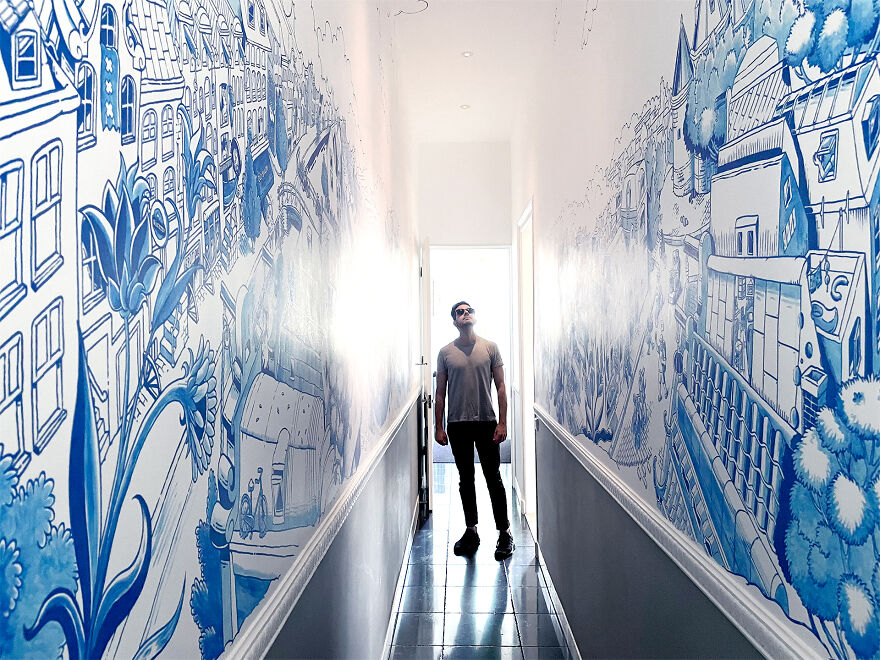 According to Lorenzo Milito, an illustrator and Art Director: “I have spent most of the pandemic times in Amsterdam, painting this 27-square-meter indoor mural—ceiling included—hidden in a beautiful 17th-century canal house in the heart of Amsterdam.

The artwork was inspired by the traditional Delft Blauw style, which is the typical Dutch porcelain decoration style popular in the Golden Age.

The mural depicts the vibrant life of the most popular districts of Amsterdam, offering the viewer an immersive visual experience.

The work was commissioned by Wesley and Vivian, two nice Amsterdam locals who gave me total freedom to create a street art piece in their beautiful mansion.

I’ve lost count of all the blue markers that I have used in a year, but every single one was worth it.” 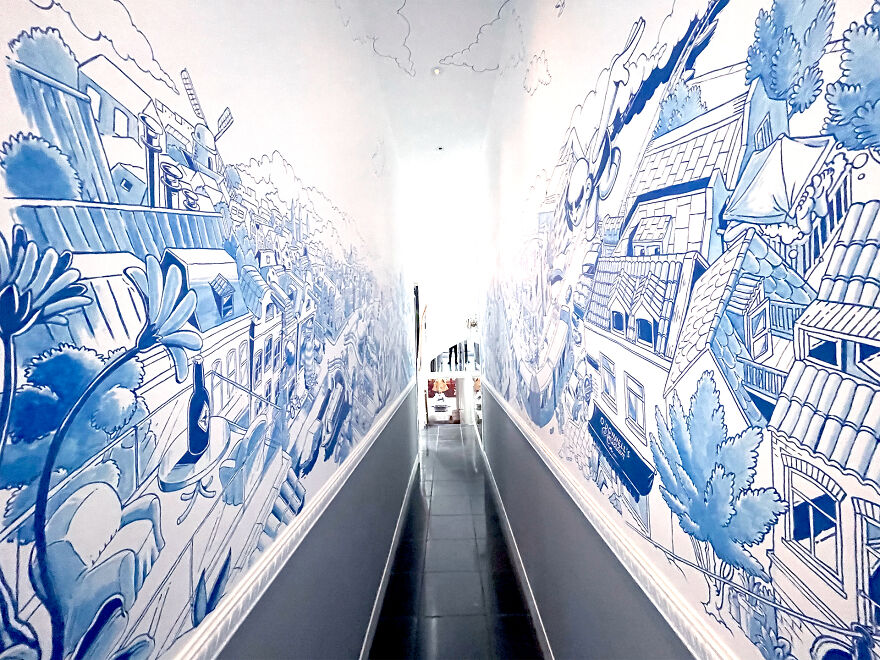 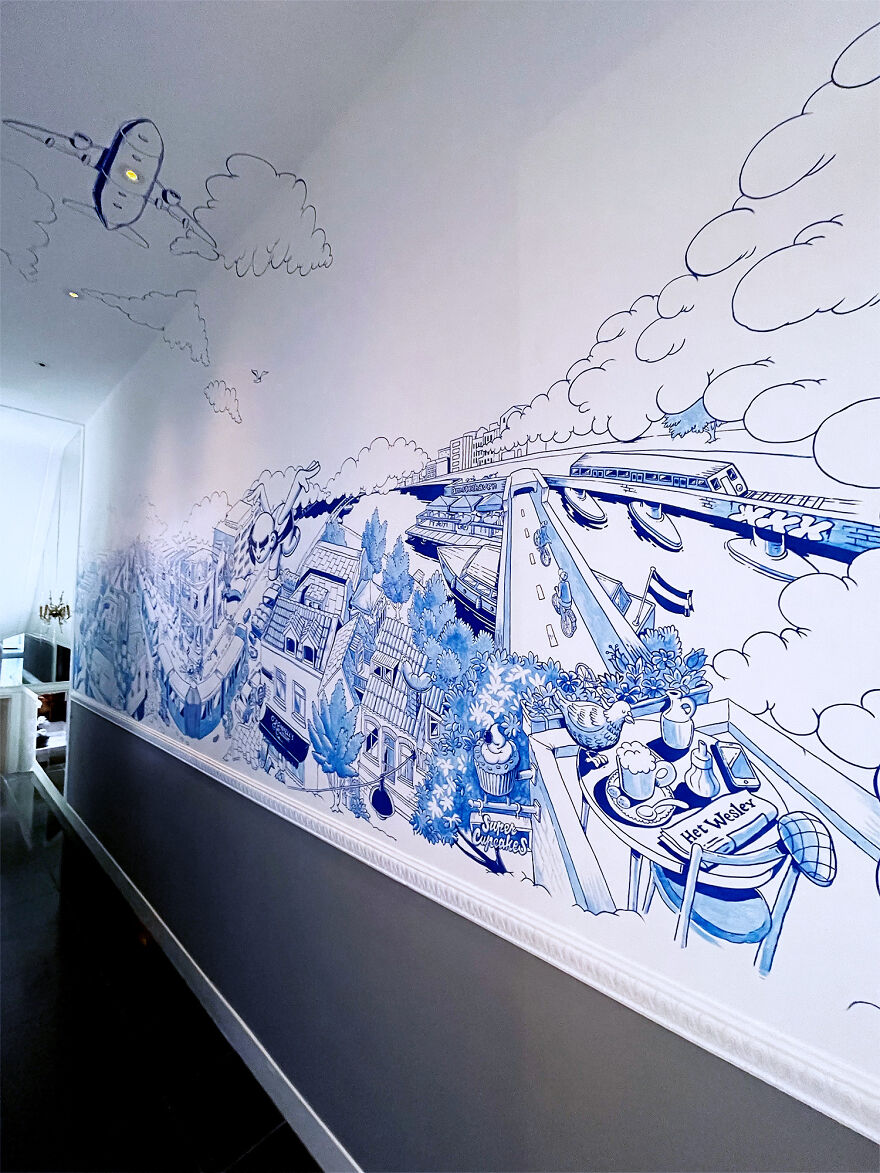 Reaching the 4-meter ceiling with a marker was quite challenging. I wonder how Michelangelo could paint the Sistine Chapel 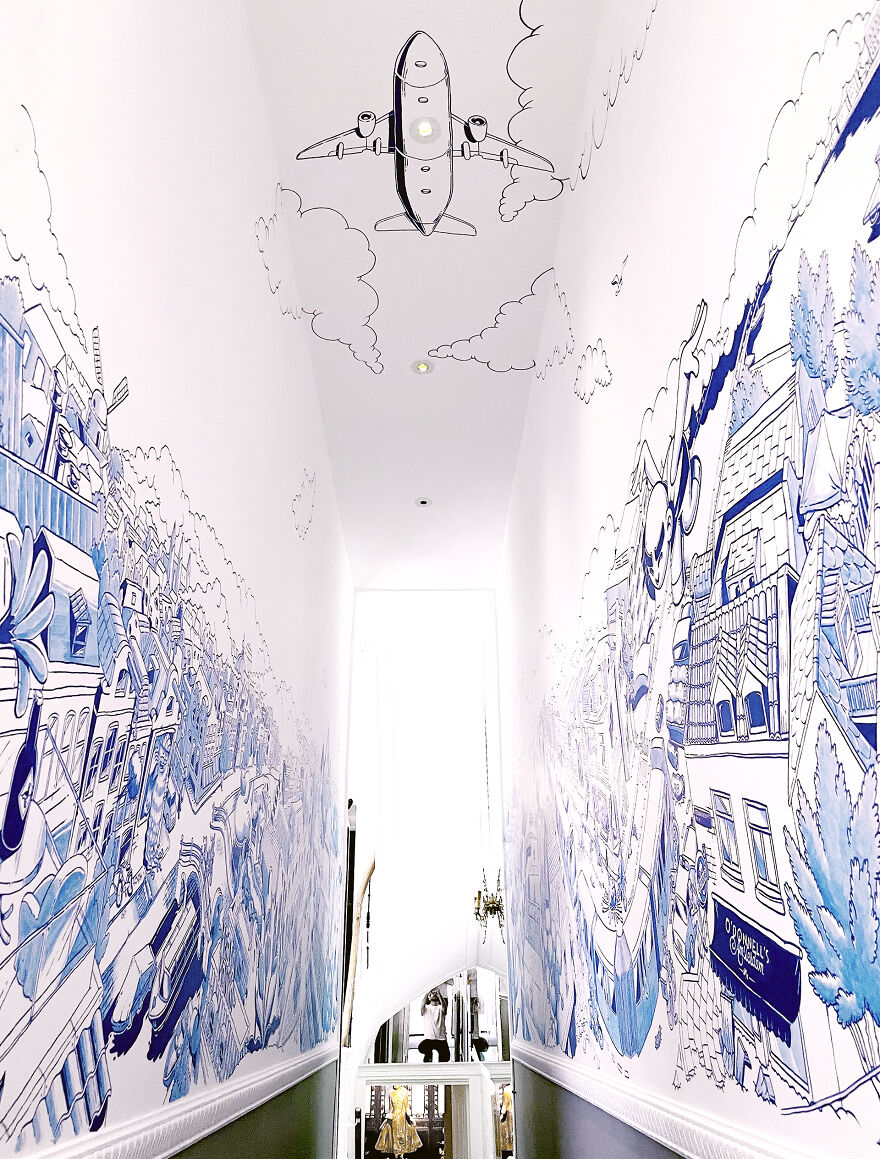 After 6 months of work, mainly on the weekends, I could put my signature on it 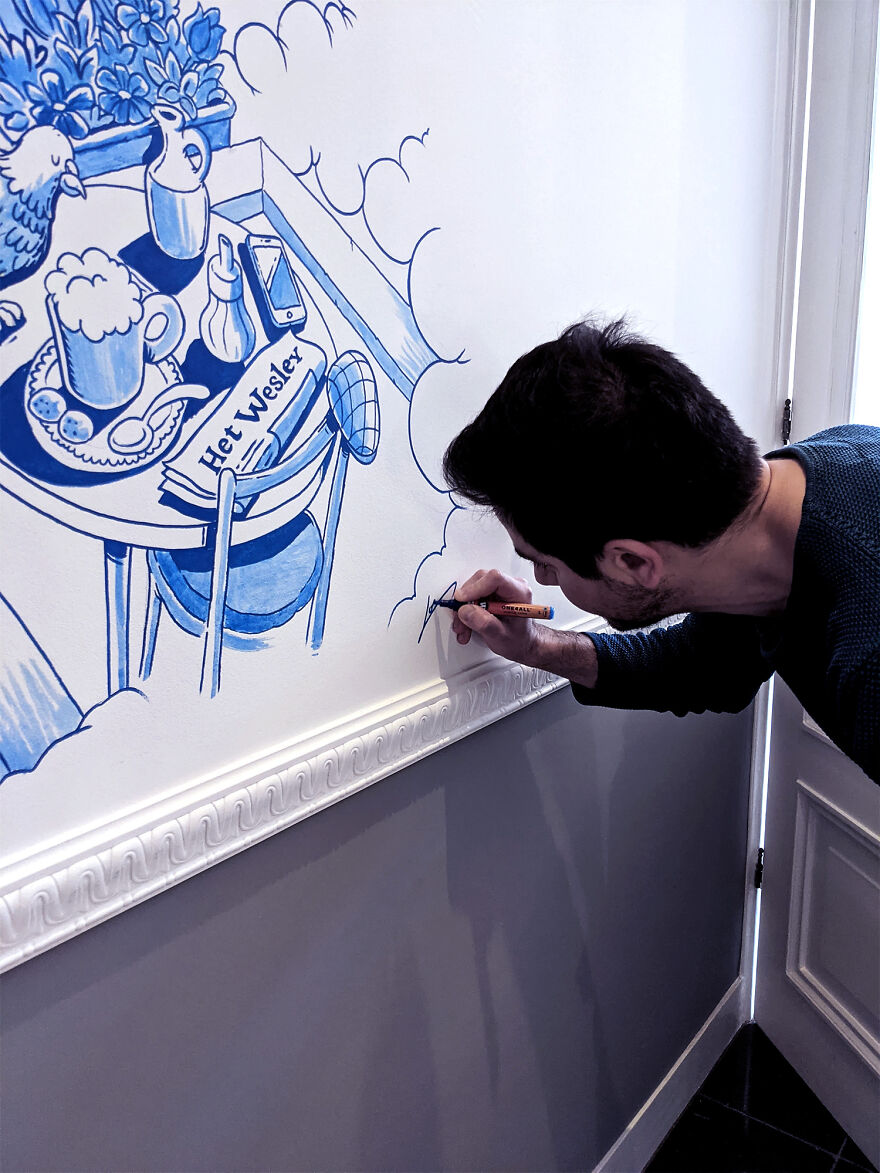 View of the mural from the living room 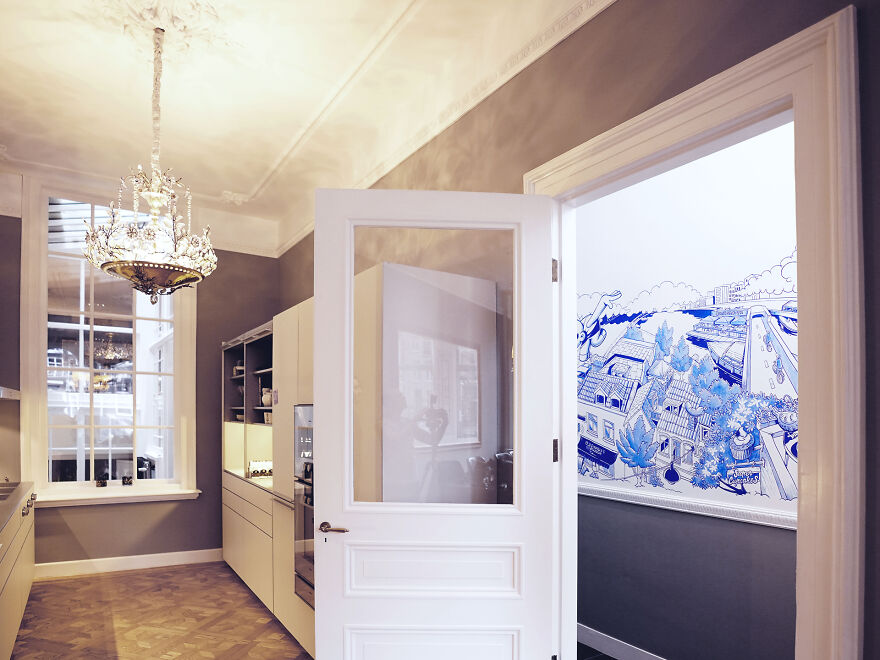 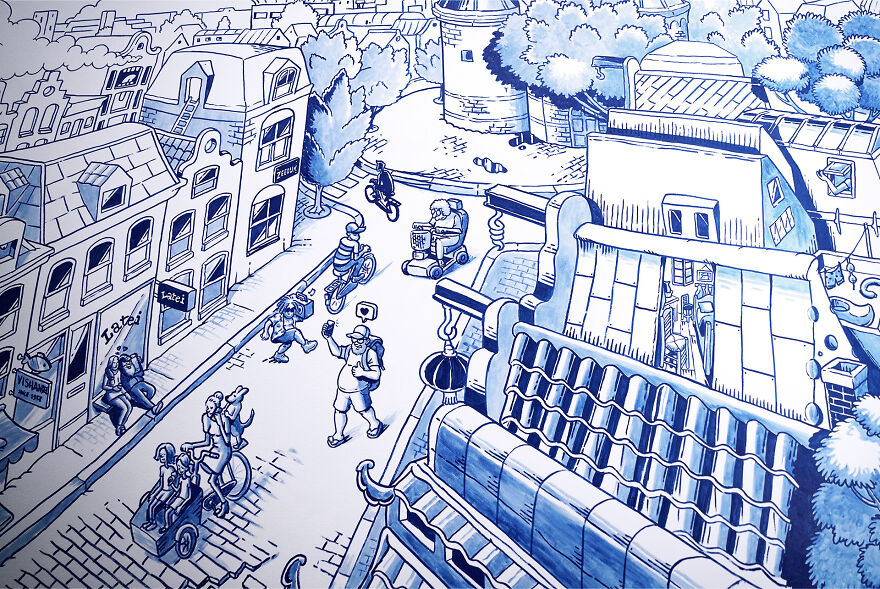 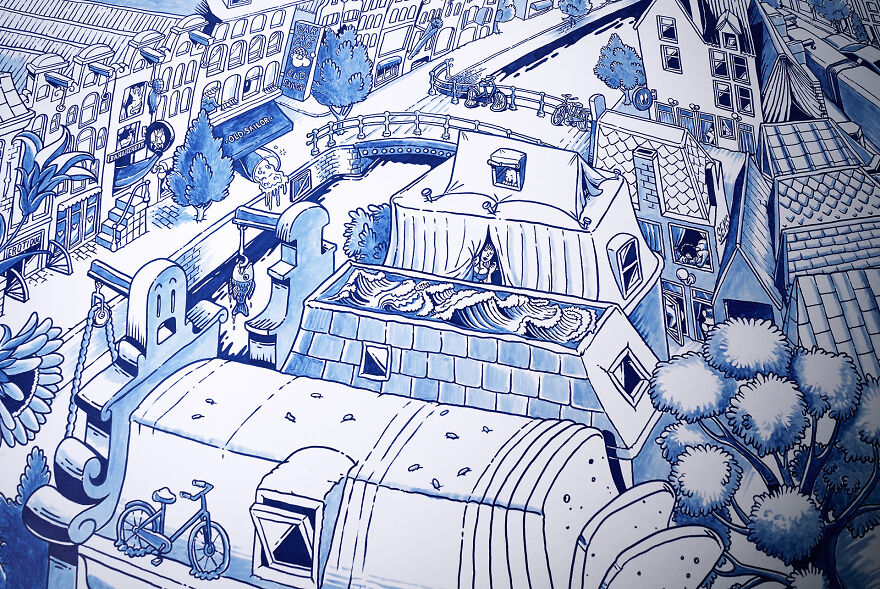 Close-up on the Pijp district. Some Dutch croquettes are smashing on the street 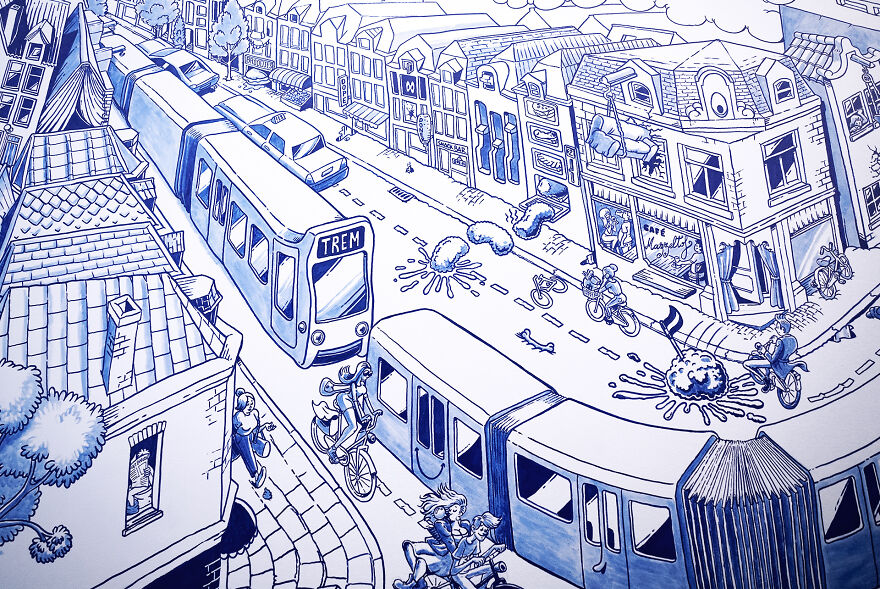 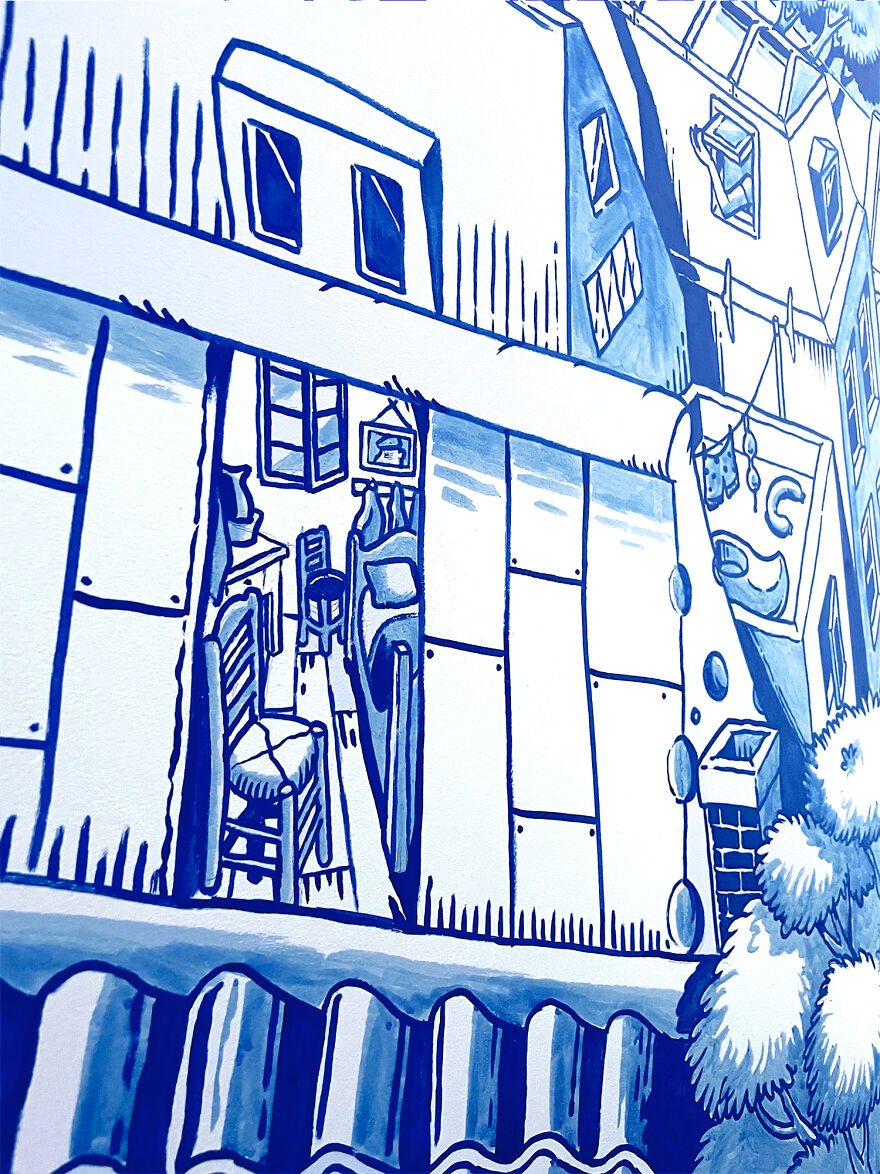