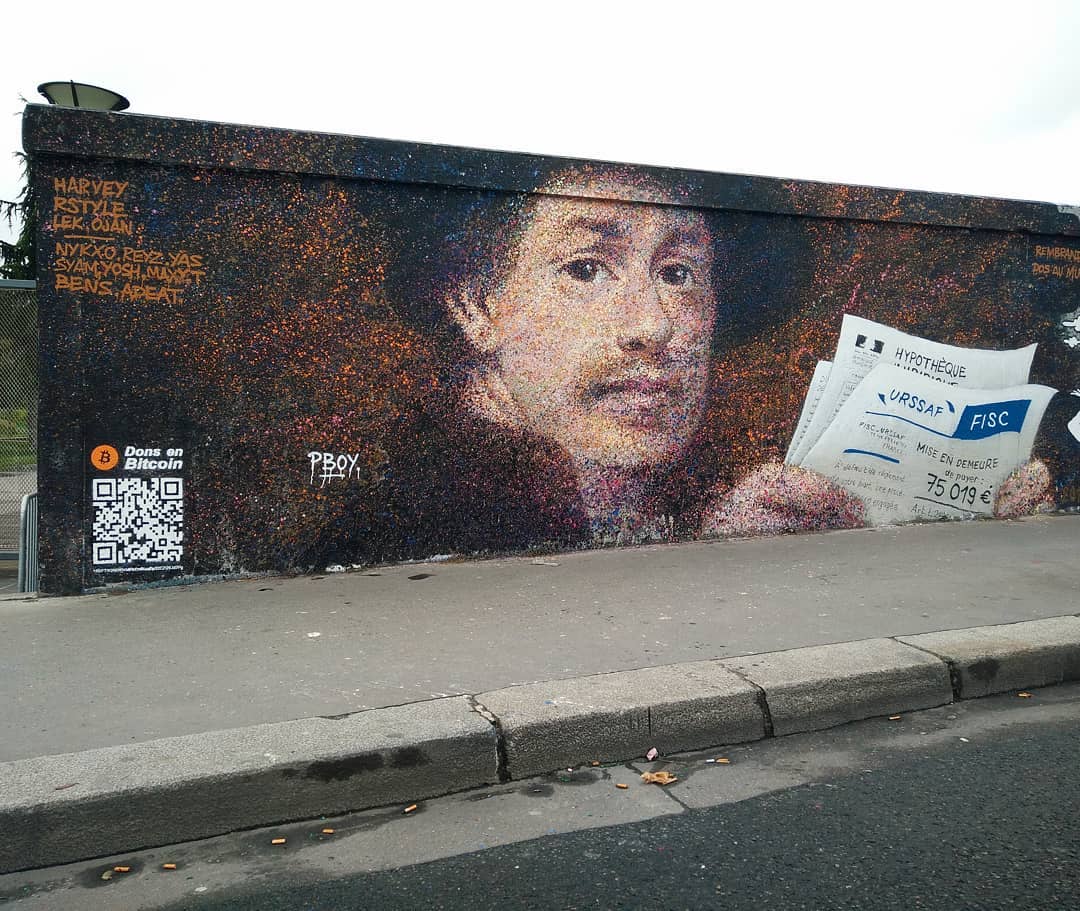 Thanks to blockchain tech and cryptocurrencies, creatives might have a new viable option to make ends meet without leaving their fiscal stability in the hands of profit-oriented dealers and corporations. Meet French street artist Pascal ‘PBOY’ Boyart.

Influenced by the the vision of Satoshi Nakamoto and Bitcoin, Boyart has made cryptocurrencies and decentralization a central theme in his work. In his paintings, Bitcoin becomes not only an integral part of the piece itself, but also the very method by which Boyart can profit from his creation.

“I first included a Bitcoin QR code in my work in November 2017,” Boyart told Hard Fork. “I painted a street art piece of a child asking his father ‘Dad, what is money?’ and I placed a QR code at the side of my signature.”

“I wasn’t sure if someone had done this already, but I wanted to see if people could support street artists with donations,” the artists added. “I did it as an homage to Andreas Antonopoulos’ book The Internet of Money.”

Since then, Boyart has received over $1,000 (approximately 0.11 BTC) in donations so far, according to stats from the Bitcoin blockchain explorer. 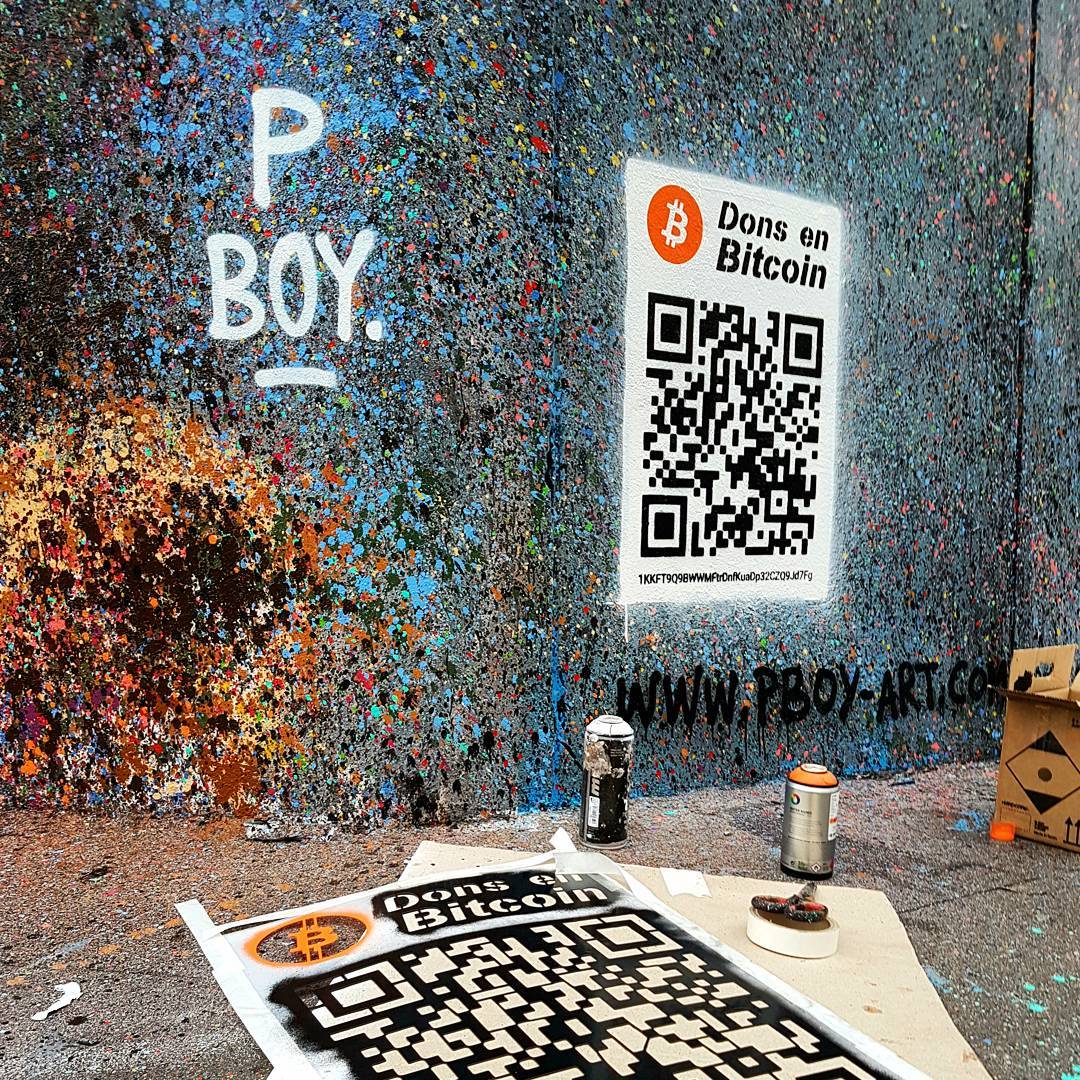 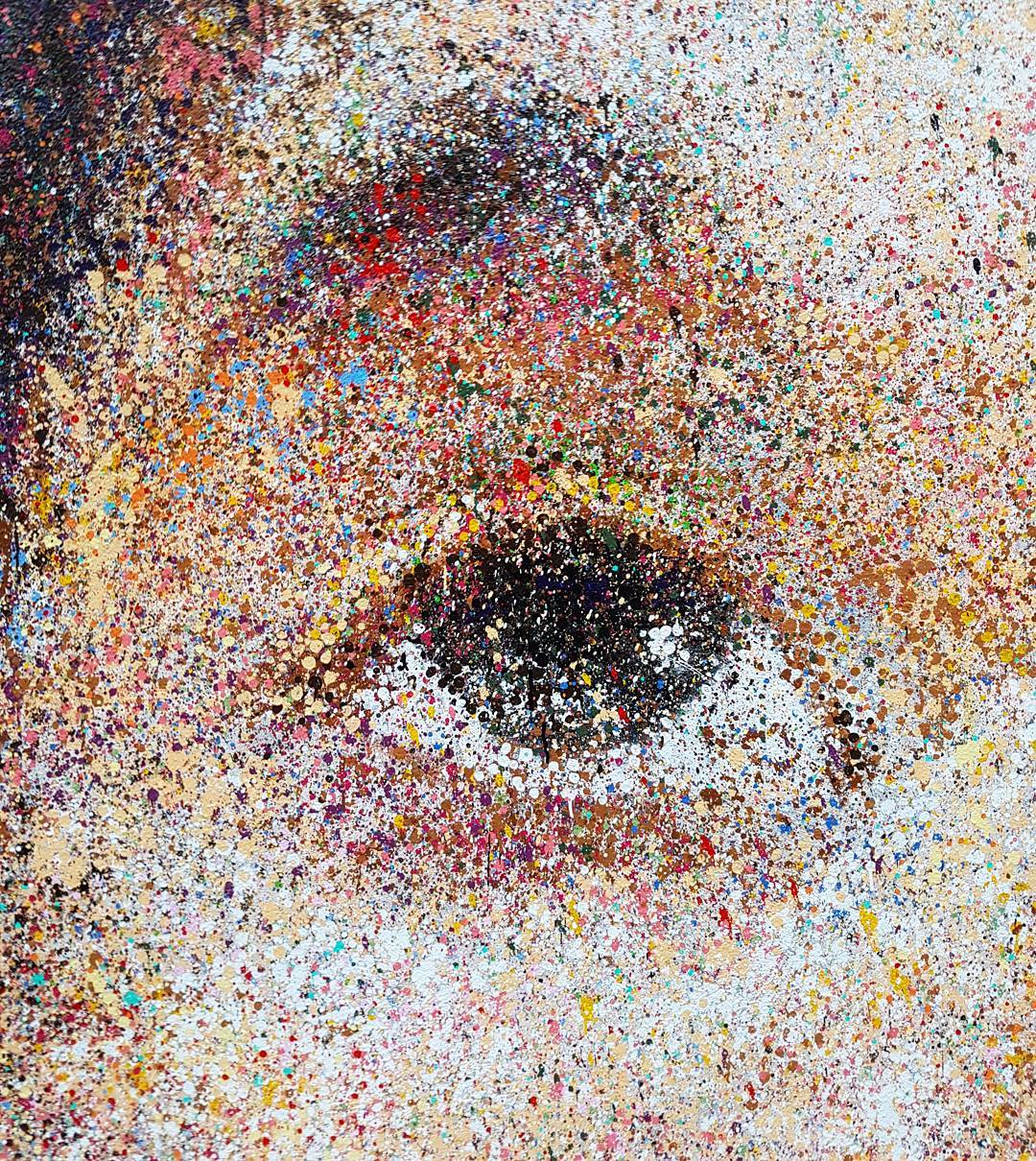 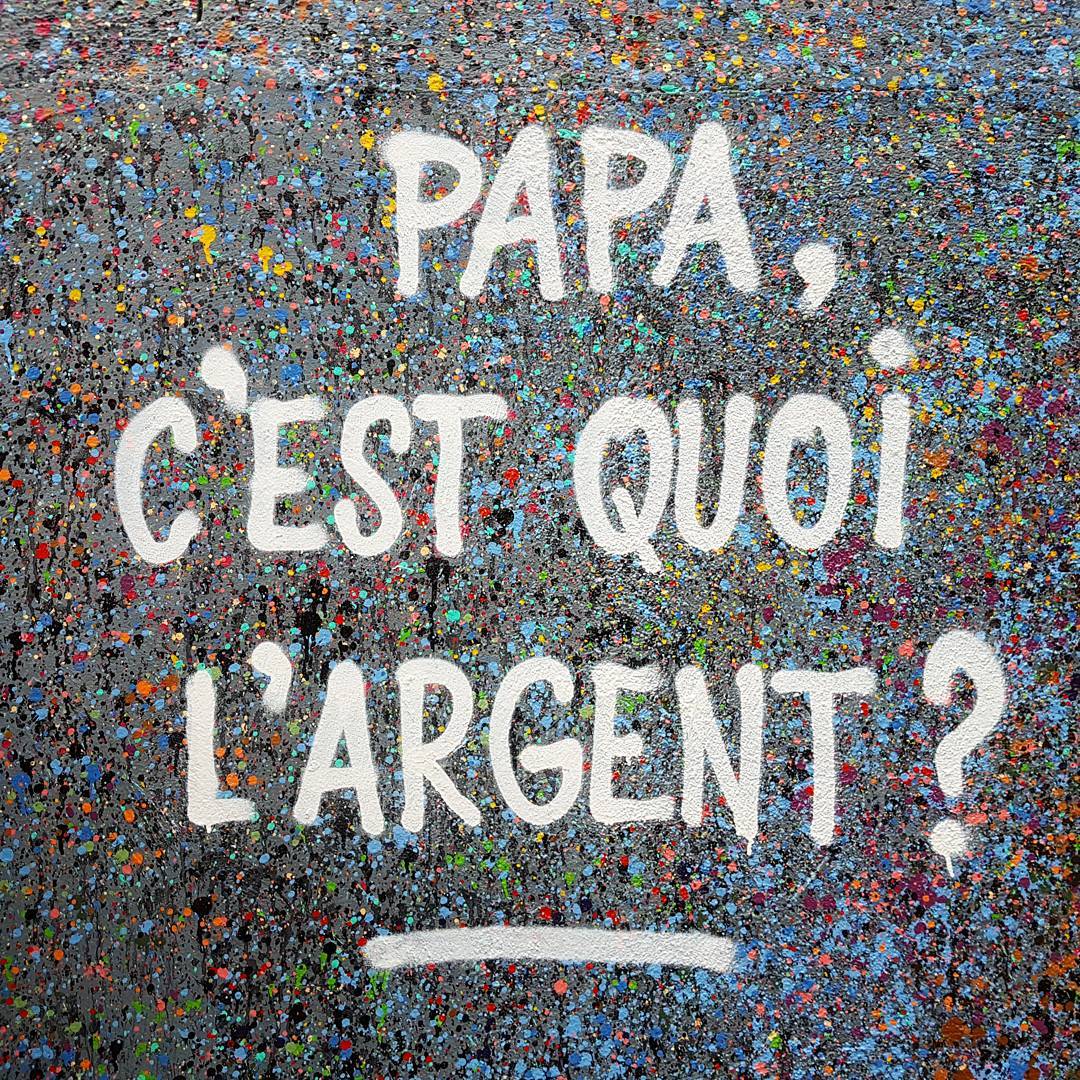 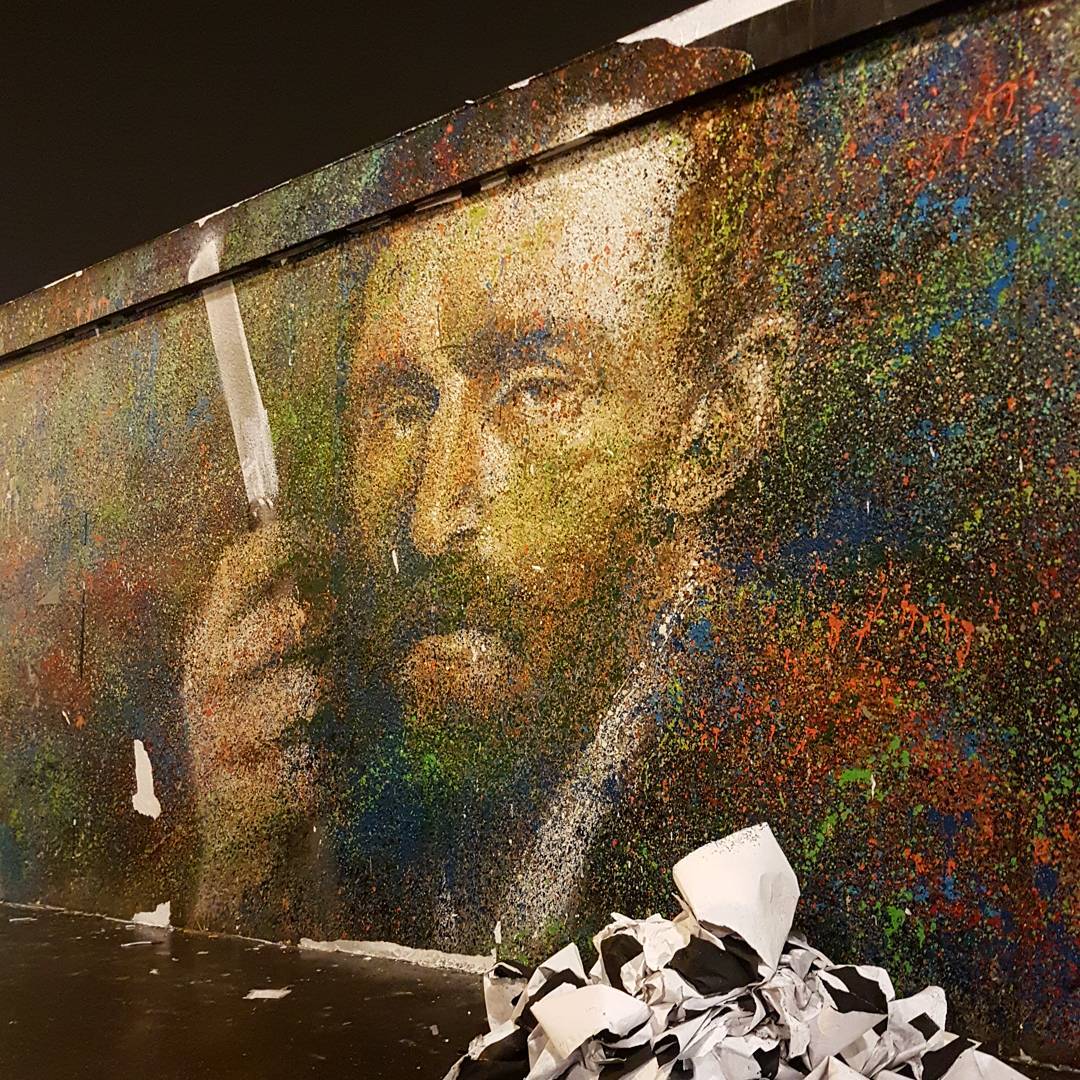 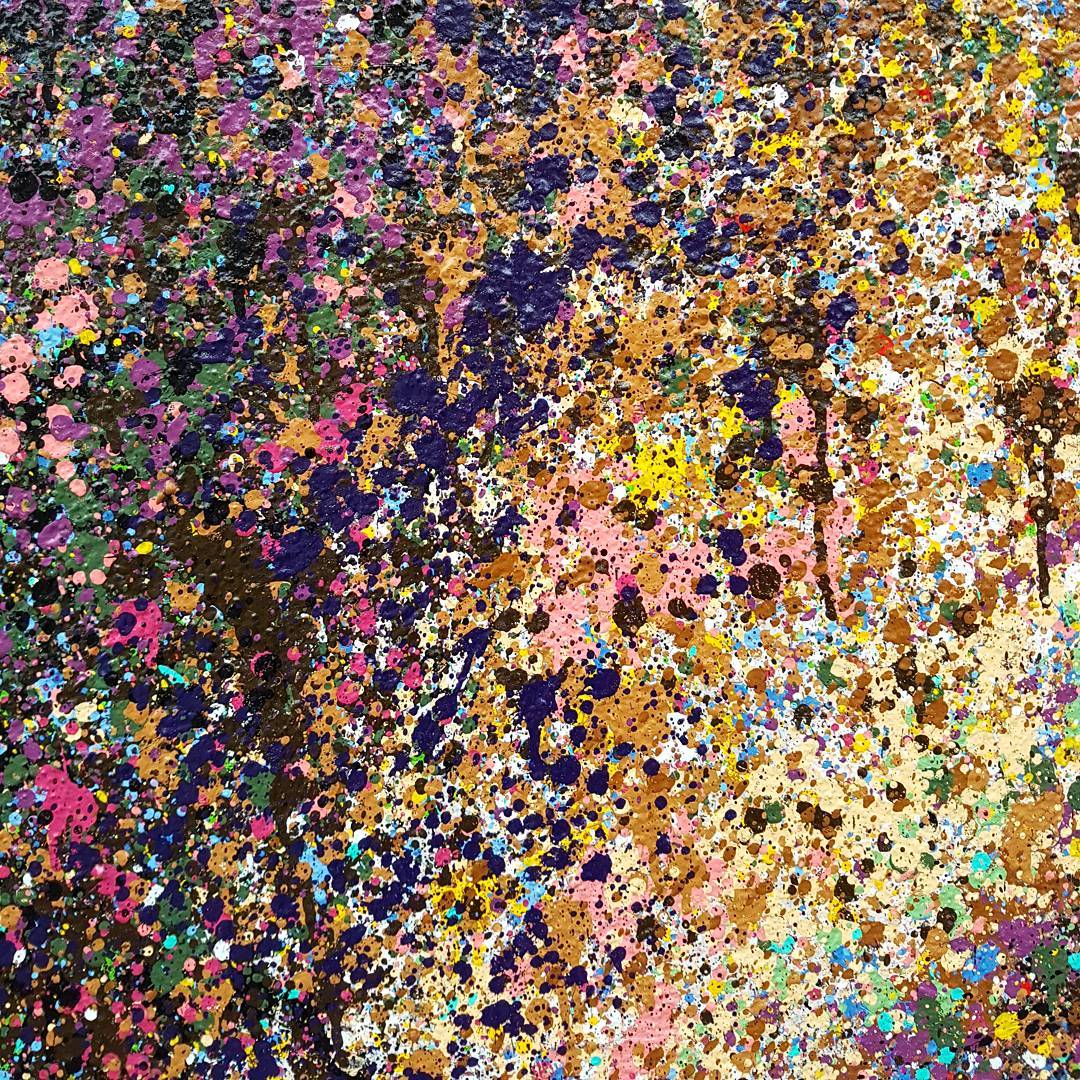 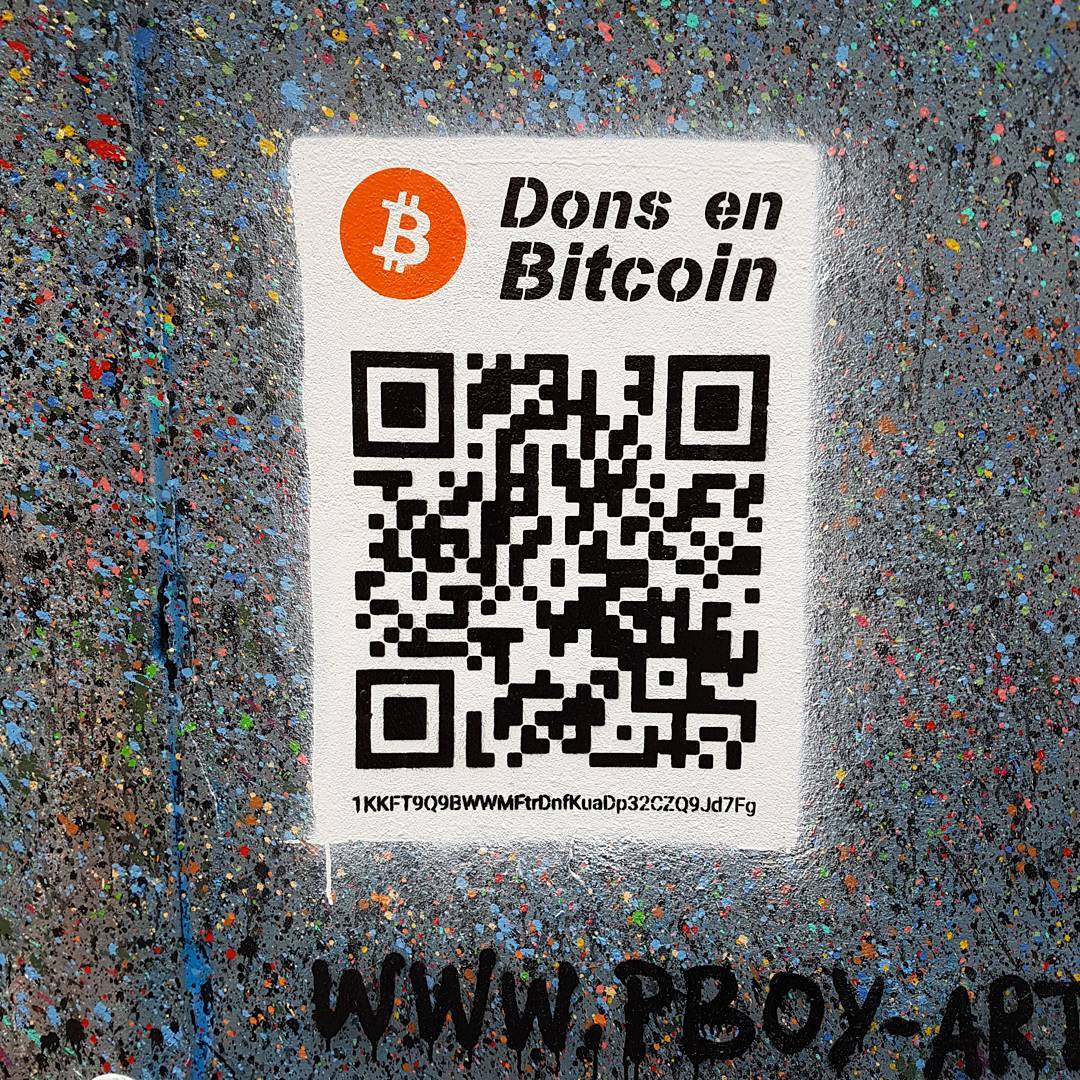 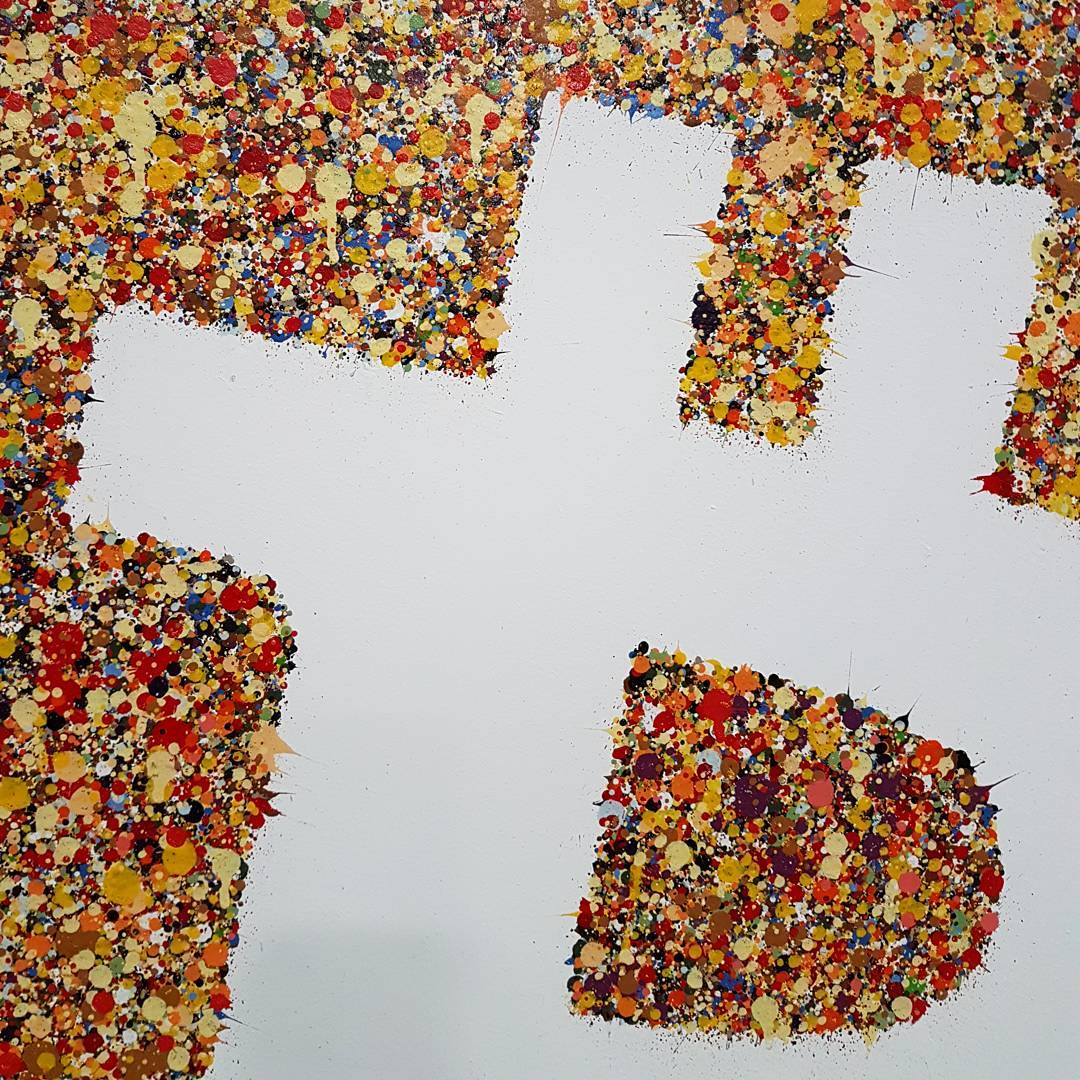 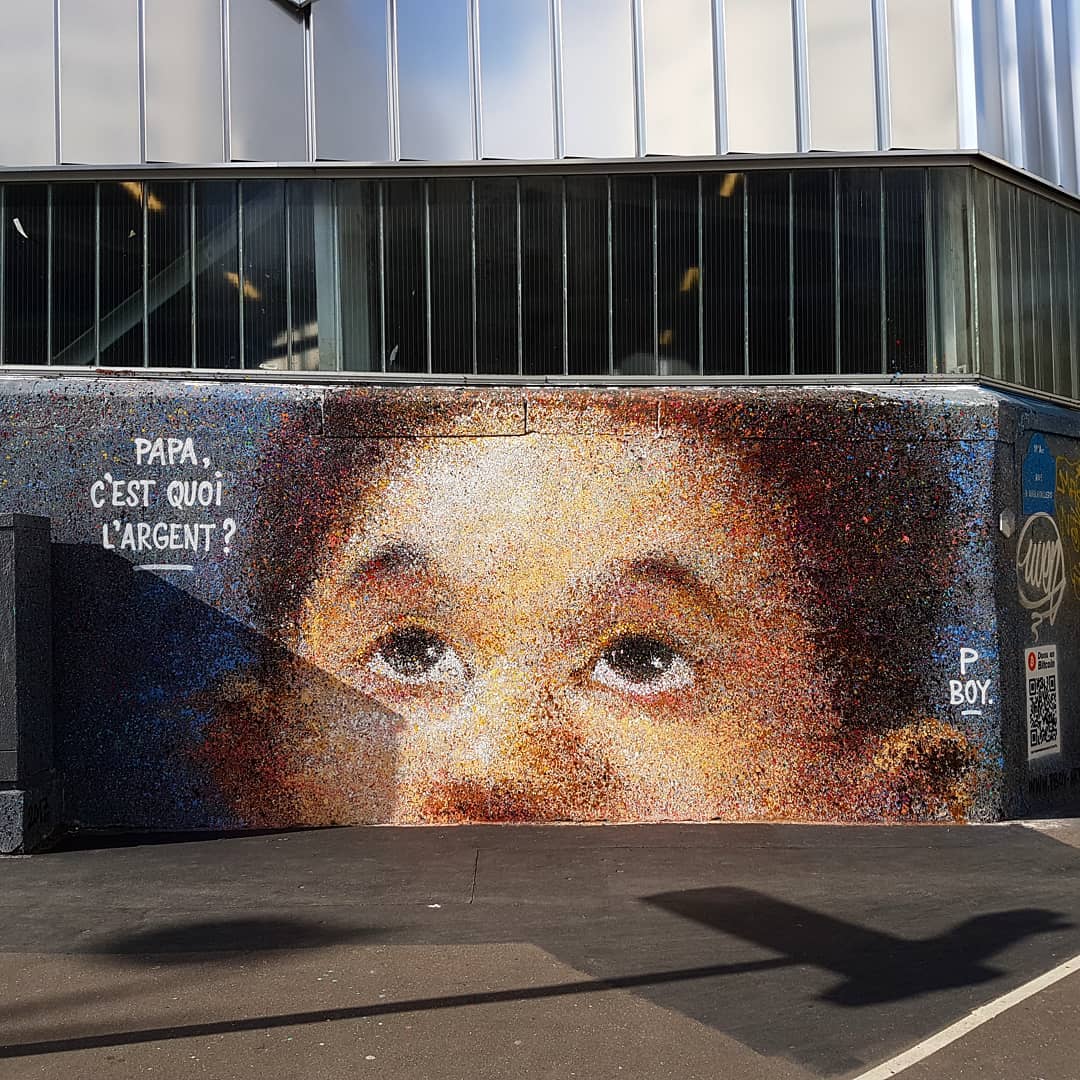 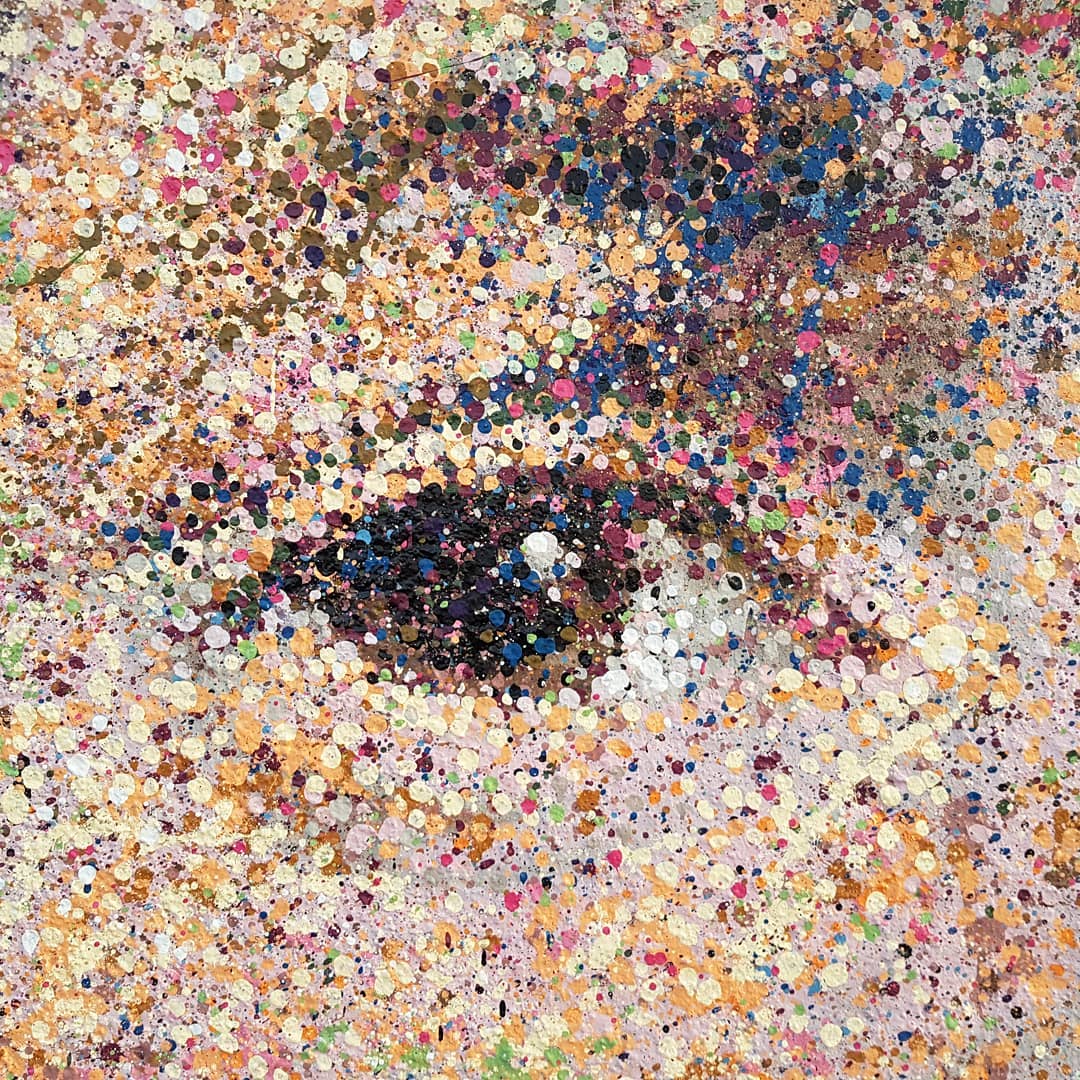 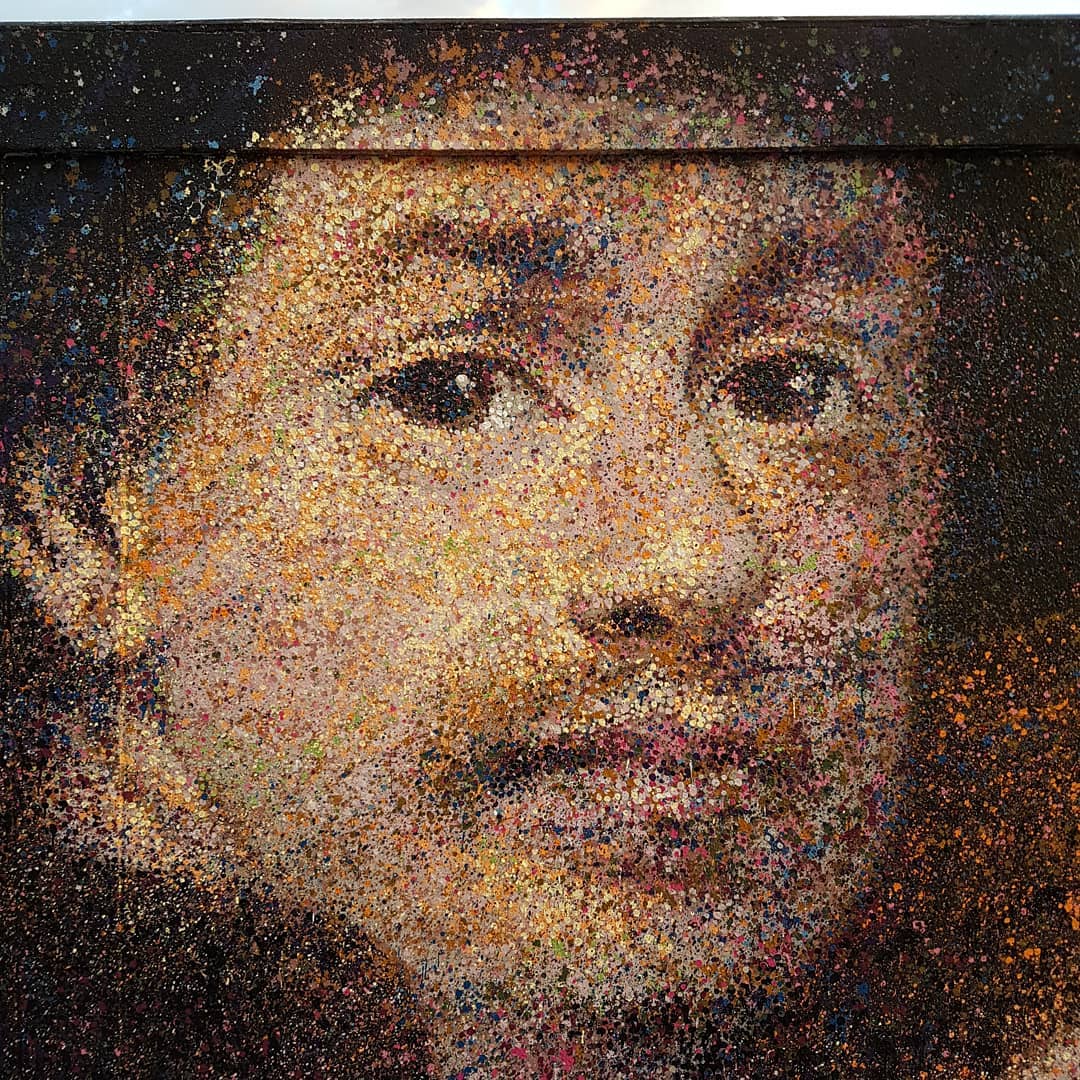 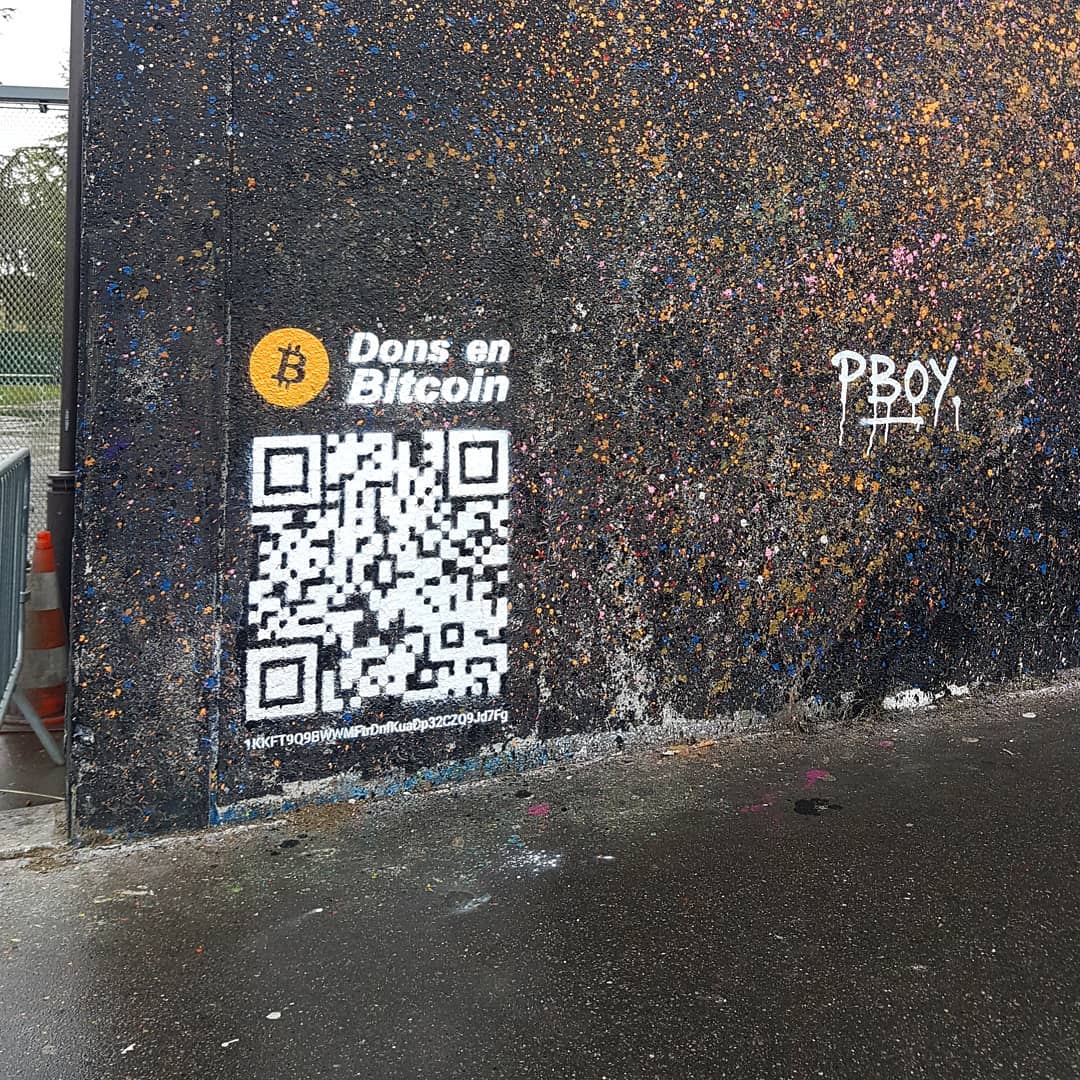 Artist Portrays Mystical Creatures In Their Vulnerable Form – When They Were Still Babies
Fantastic Lace Street Art
This Artist Blends Digital Art With Real-Life Objects And Scenery, Creating Hyper-Realistic Images That Are Surreal At The Same Time
If Cats Went To A Gallery, What Kind Of Art Would They Be Into?
Allegory of Desire from the Fourth Freedom: Superb Paintings of Marc Dennis
Extraordinary Photos Of The Joy And Freedom Of Childhood At A Time When It Was Normal To Play Out In The Street
"Wet Dreams": The Superb Digital Artworks by XSULLO
Leroy Merlin's Preparation of a Banknotes
Machinery In Black And White: Cool Rapid Sketches By Paul Heaston
Artist Turns Train Passengers Into Funny Characters With His Doodles
A Street Artist Painted Underpants On Rocks To Criticize Nudity Censorship
Artist Courtney Mattison Sculpts Colossal Ceramic Coral Reefs
Beautiful Australian Landscape Oil Paintings By Graham Gercken
UNICEF Ad Campaign: Slut, Drunk, Dealer
Art for Ukraine: A Place for Ukrainian Artists and Artists Supporting Ukraine
The Everyday Struggles Of All Plus-Size Women Depicted By The Artist Gabriele Pennacchioli
"Physiology of the Humanoid": The Digital Surrealism of Frenetik Void
The Best Street Art Masterpieces of 2013
Mirrored Ziggurat Connects The Earth And Sky In Sydney
Stunning Vintage Photos Of Women Modeling Bathing Caps With Faces On Them
Someone Just Took Vines Out Of The Phone And Put Them On The Streets Of Manhattan
An Artist Has Created A Brilliantly Detailed Manhattan Desk That Glow In The Dark
The Unique Glitch Art And Overflowing Dark Creativity By The Polish Artist Hubert Solczyński
"Elon Trust": The Outstanding Cyber Dystopian Artworks of Antoni Tudisco
adding, artist, bitcoin, murals, s1000, street