Here are the top photographers and merit awards for AAP Magazine’s 19th Edition Photo Contest in the theme of “Shapes”.

Understanding shape and form is one of the pillars of photography composition, and it can make even the most mundane objects become an object of art in its own right. Geometric, organic, positive or negative, shapes influence the degree of aesthetic beauty perceived when we first look at a photograph.

The top 3 winners will be awarded $1,000. All winners will have their work showcased on All About Photo Winners Gallery, and published in the printed issue of AAP Magazine #19 Shapes. 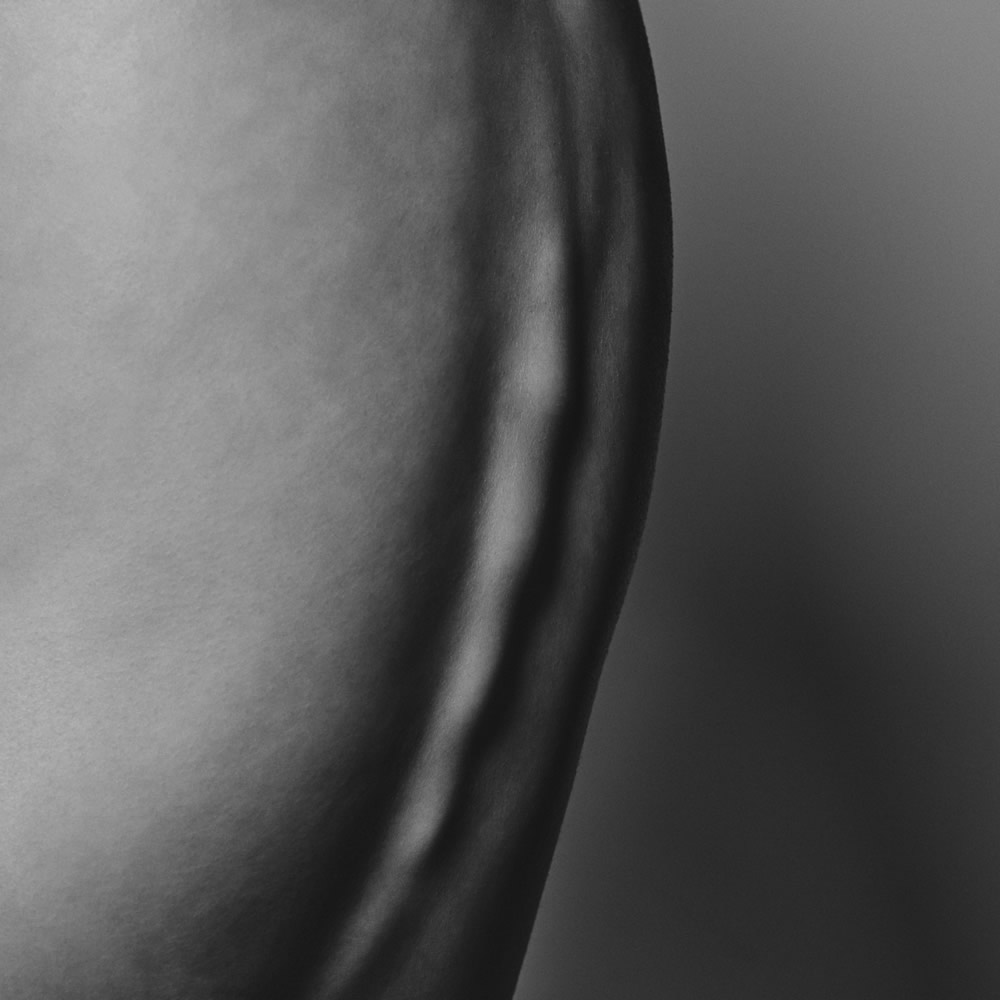 “Sand Dunes: This group of photograph is about the silhouette of human body that mislead people’s eyes to see landscape photographs. The curvy lines and shadows of human body made the view of sand dunes in the time that sun just rised.” 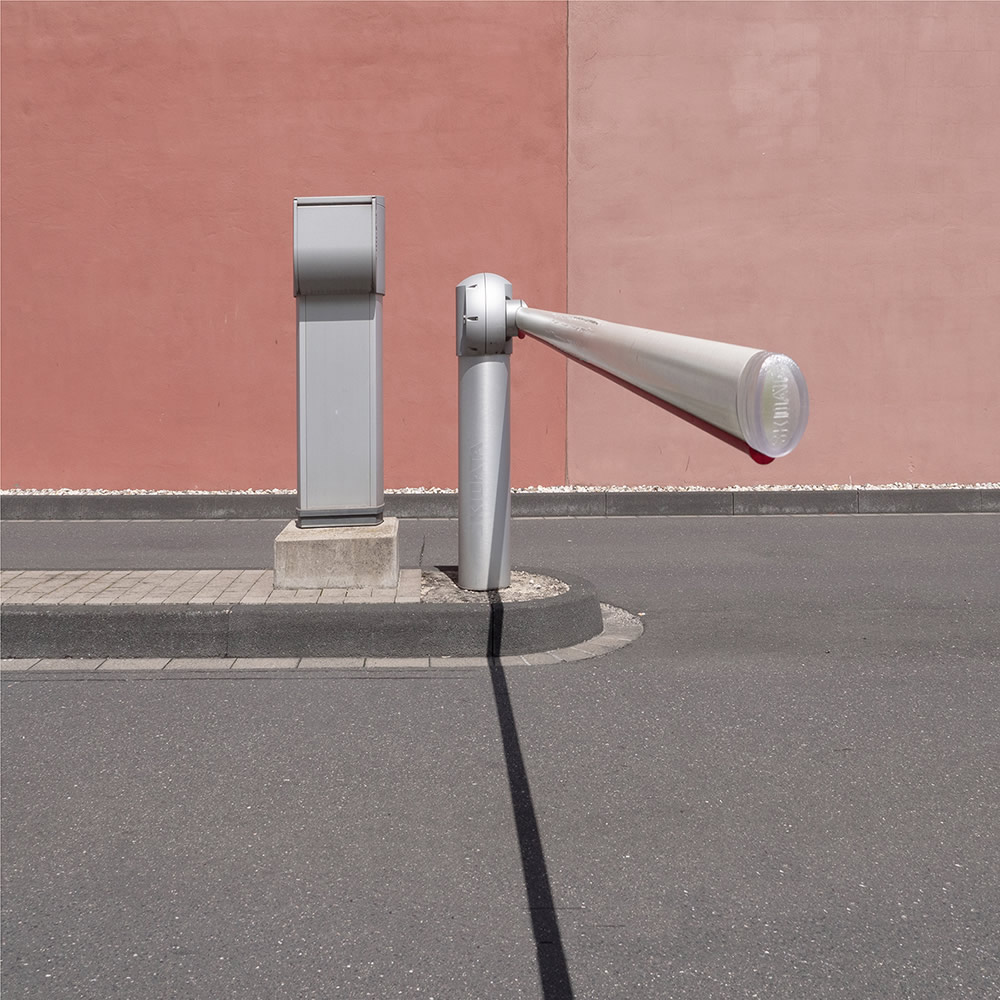 “Car park I: Even in everyday life you can discover interesting shapes and colours. I discovered these on a car park in Moenchengladbach (Germany)” 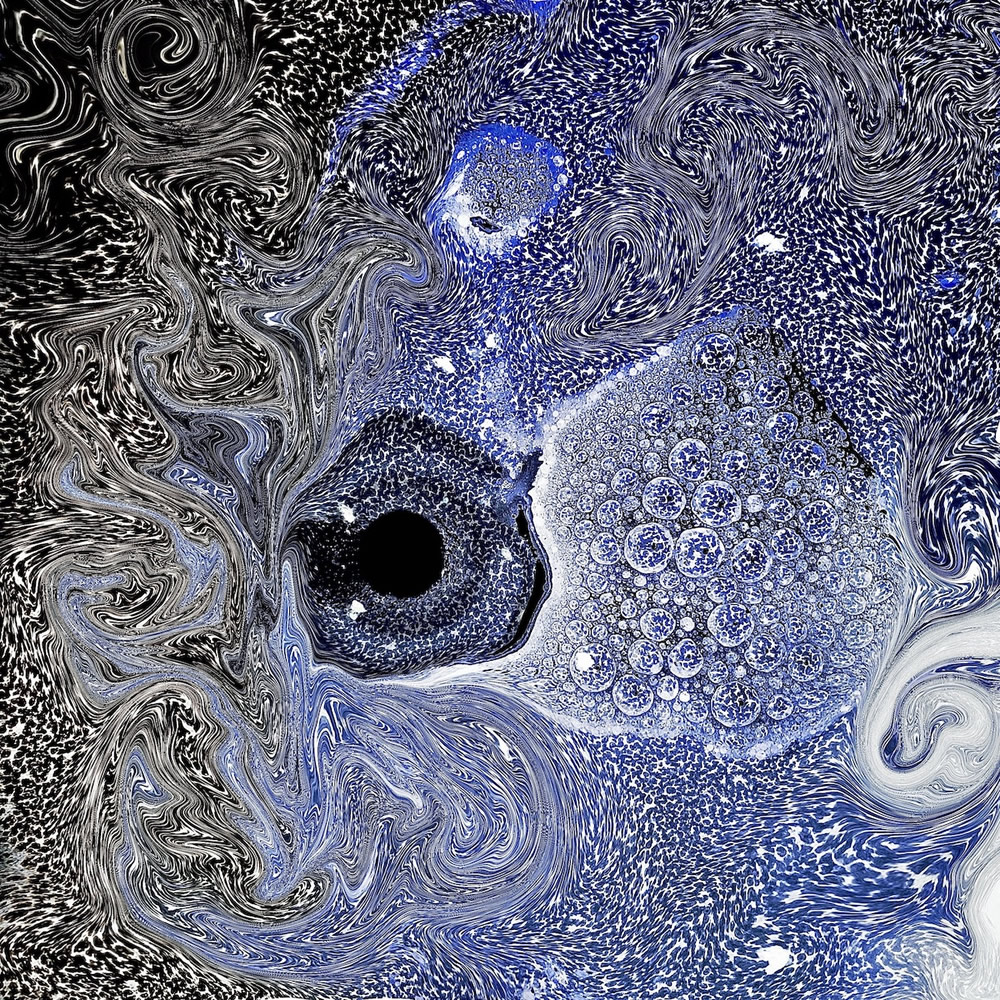 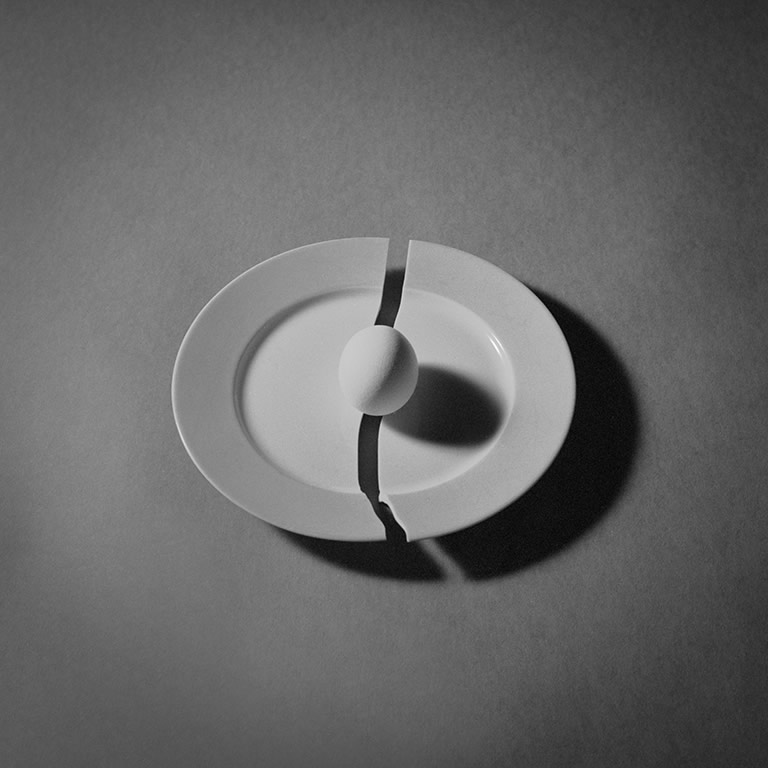 “A Study of Fragility: “A study of fragility” documents and conceptualizes fragility as an expression of the human condition. It is necessary to know that pain is a quality of being fragile, and therefore may these photographs be a tribute to pain, which is strength and rebirth, light and twilight. For strength has its fulfillment in weakness and measures the heart’s extent.” 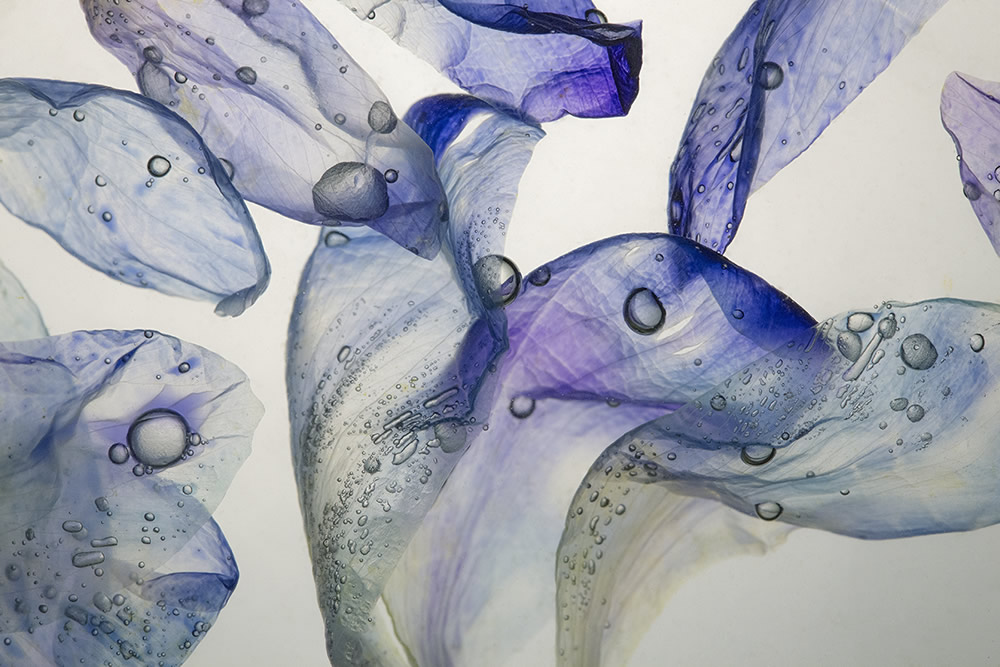 “Dancing Saffron: Part of the Floating Garden project. These photos are not just photos of flowers; they are an ode to organic, elemental life, as well as an ode to a life cycle.” 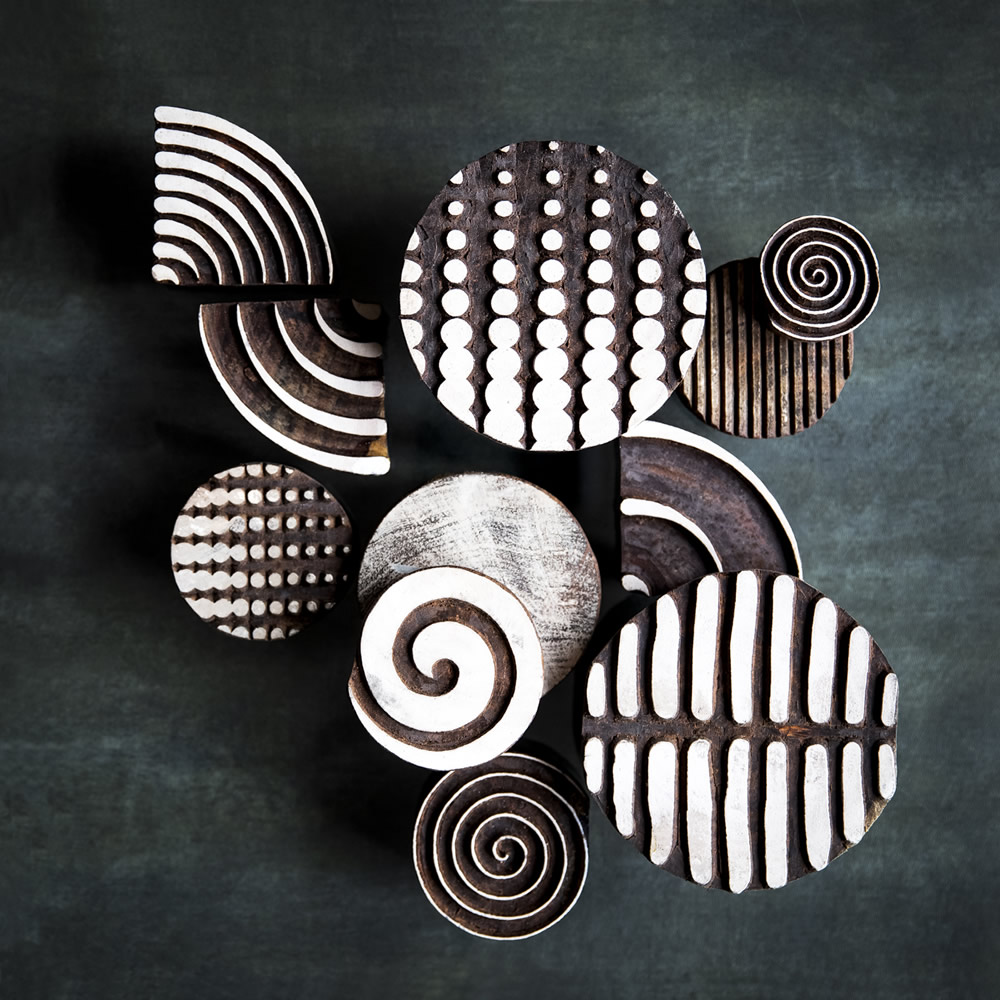 “Movements I: These amazing wooden block prints are usually used for printing on textile fabrics and are a tool to form patterns. They breath craftsmanship and cultural heritage to me. By shaping these simple, elegant and aesthetic forms a new composition arises in which de block prints are the stars of the image. They deserve that platform. Playing with lines and forms , shadow and light, stacking the objects, I wanted to create new shapes.” 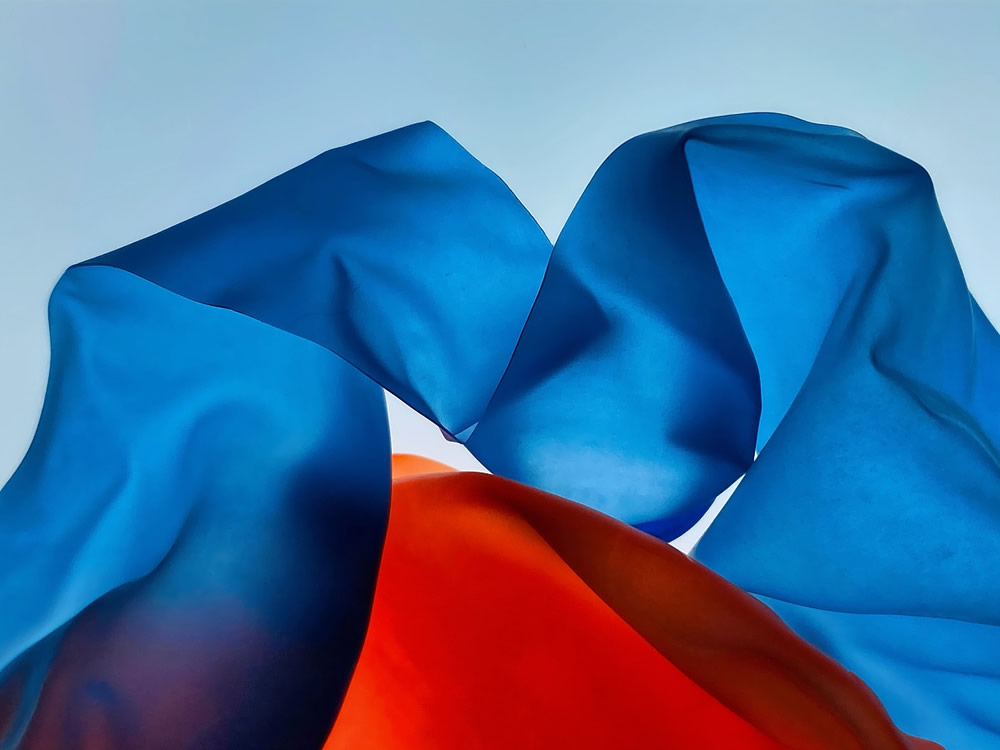 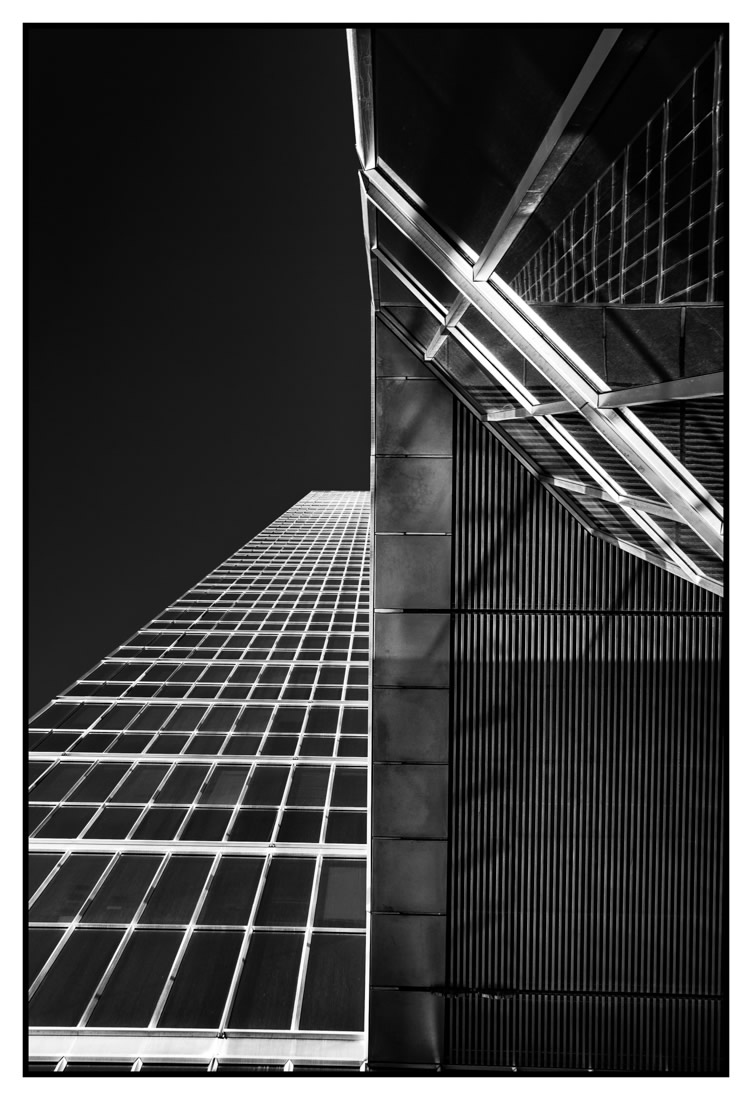 “The Landscape of Modernity: Monolith: I reflect on the contemporary experience of dwelling in extensively “built-up”, i.e., artificial, spaces, Our ancestors lived in spaces pervaded by “natural” landscapes; they were surrounded by spontaneous, self-generating, self-sustaining entities. Consequent to modernity, our visual landscapes are largely colonized by massive, cuboid, monolithic, constructs; and by constricted, disrupted or otherwise occluded skies.” 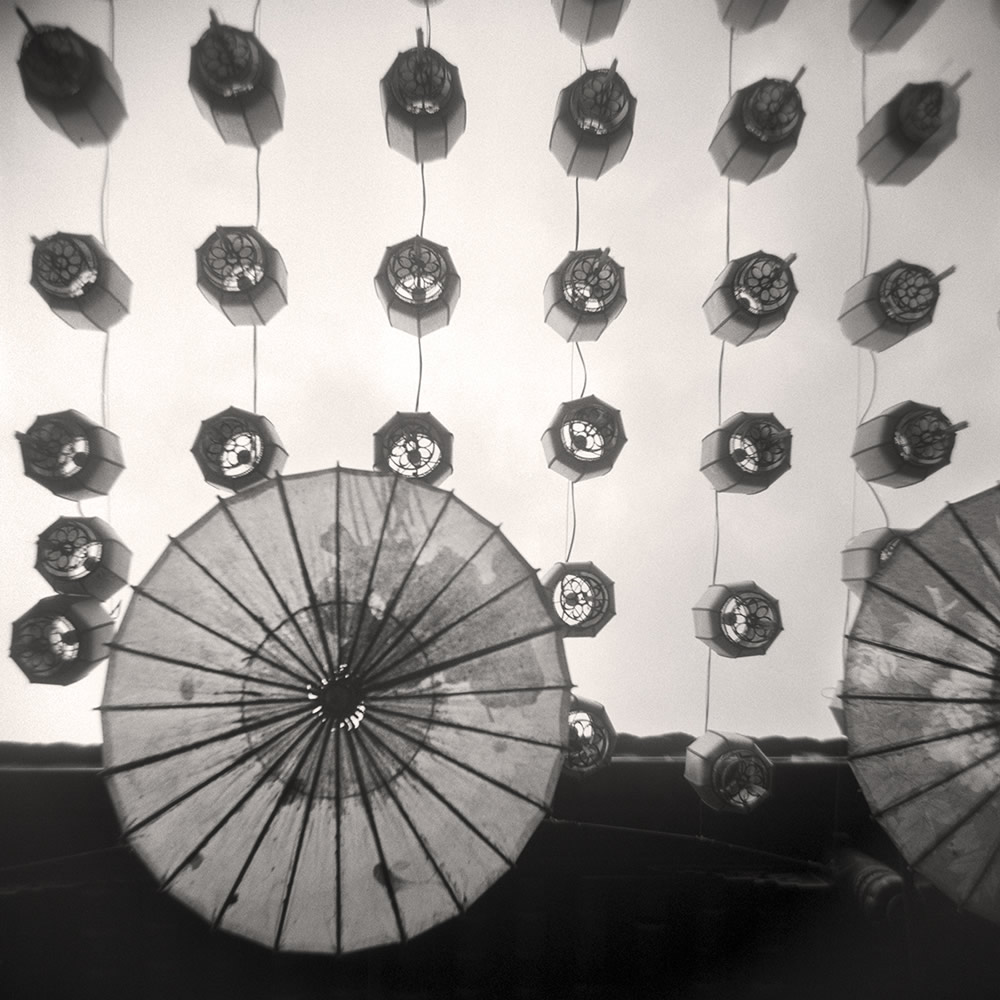 “Somewhere between Here and There: Umbrellas and lanterns” 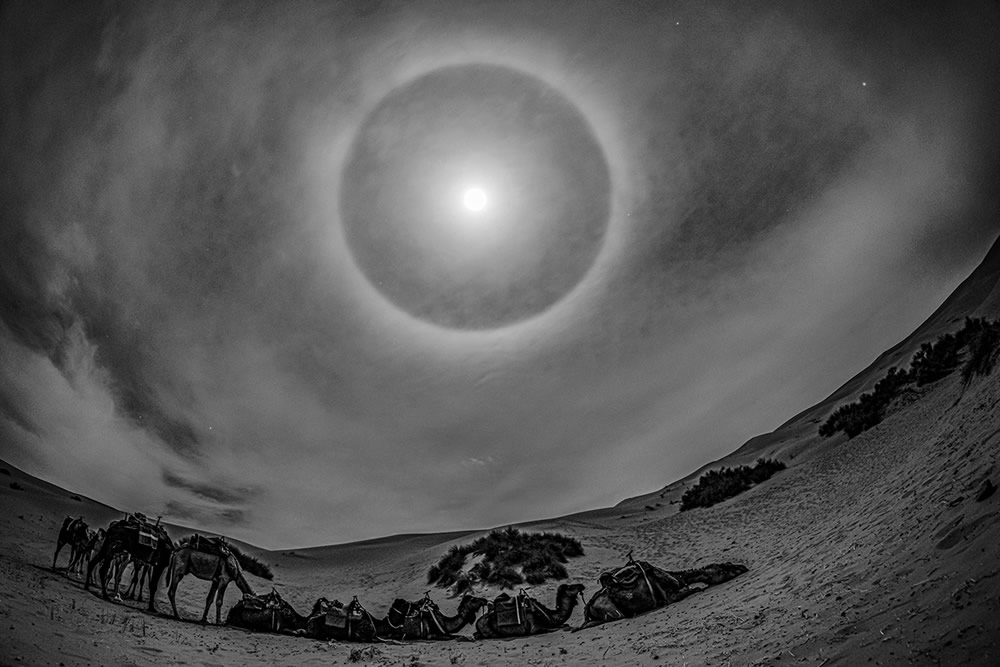 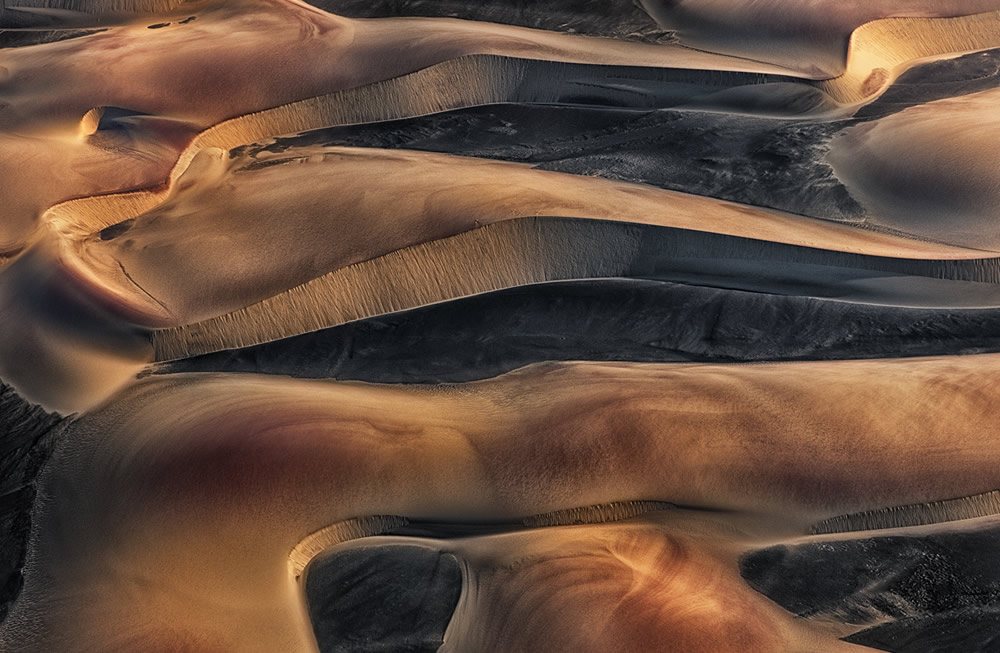 “Poetry of silence: Poetry of silence is an ongoing work of abstract aerial desert photography realized in the namib desert and it’s surroundings. the series poetry of silence XVI was created in the remote aerea of the northern namib. the pictures were taken with a high resolution camera from about 1500 meters over the ground flying with a helicopter. The Namib Desert is often referred to as the world’s oldest desert. Its name is derived from the Nama language, implying ‘an area where there is nothing.'” 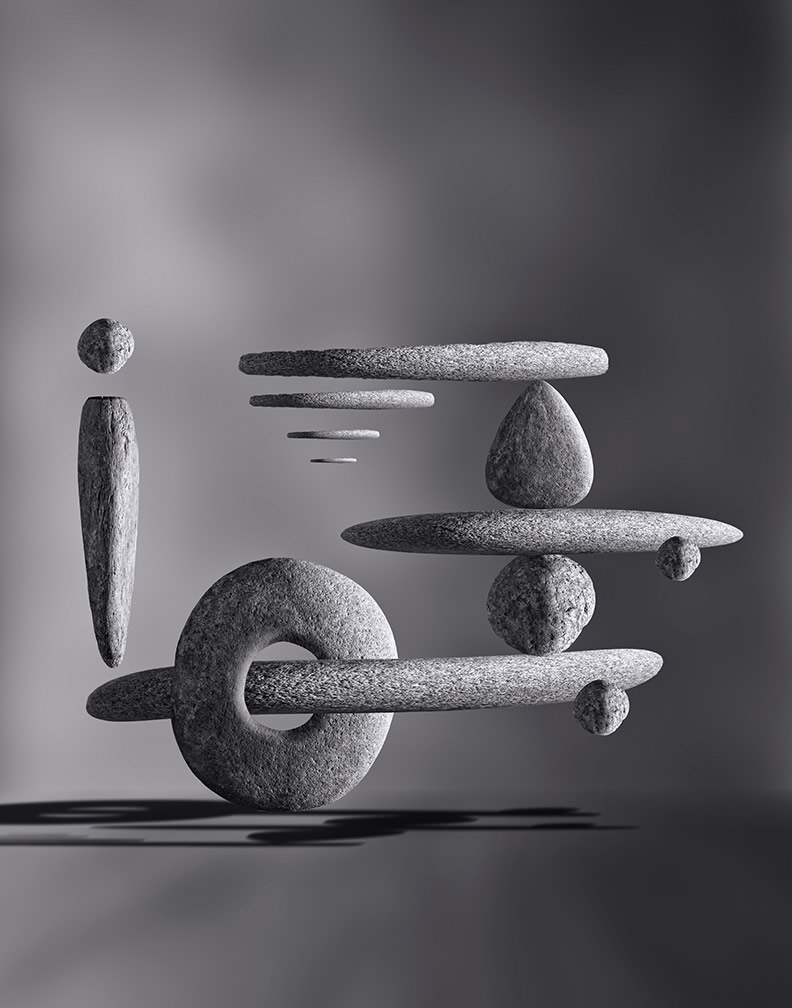 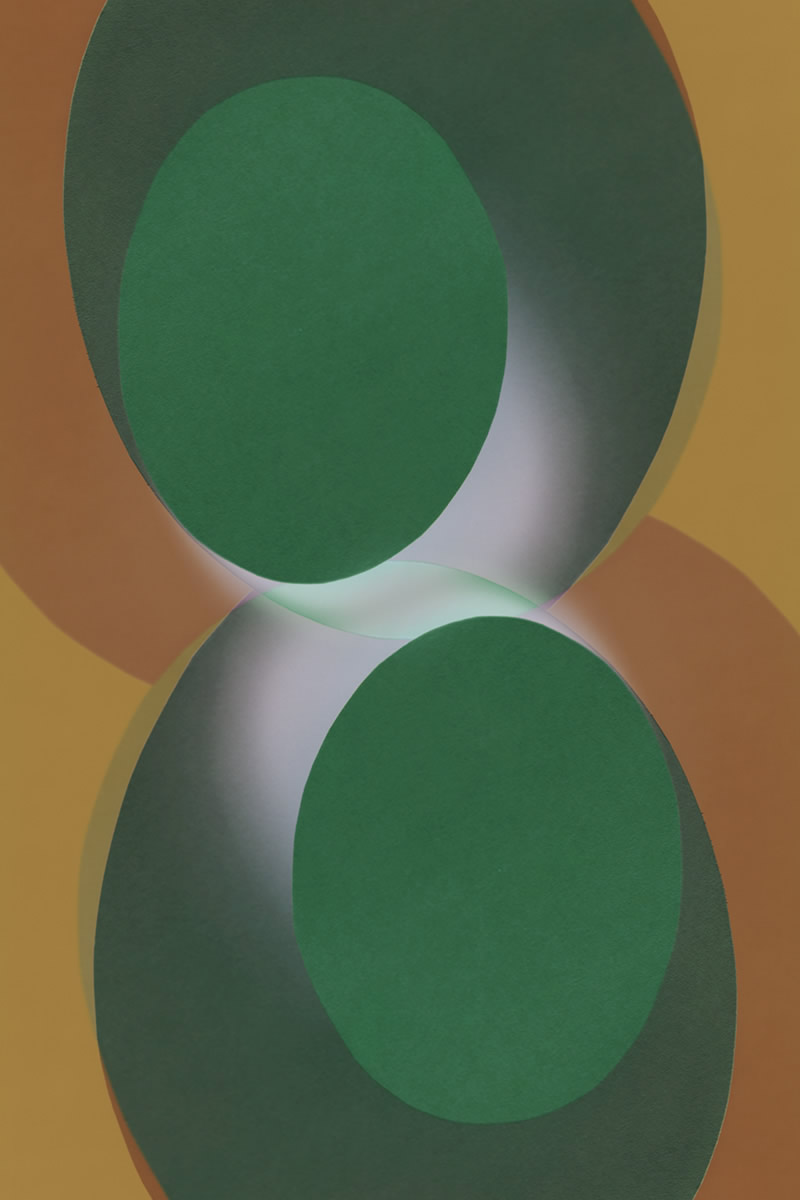 “Untitled: This image is from my project, ‘On the Edge of Perception’. Lockdown has felt very isolating. Being confined to our homes, normally places we know well, has felt increasingly surreal through over-familiarity. I have explored this concept by taking everyday, mundane objects from around the house and using them to construct something more abstract.” 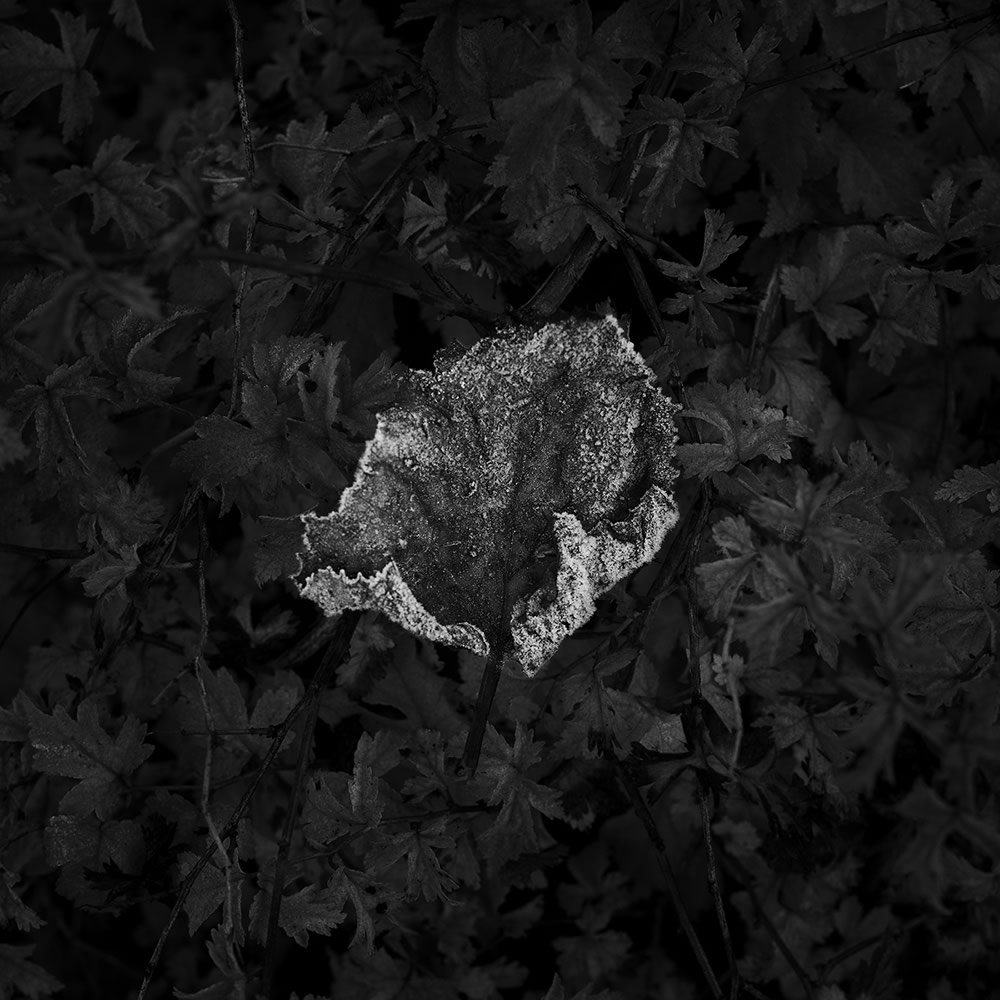 “Companionless: The photo is part of the “Frosty seclusion” series. With the arrival of autumn, shadows lengthen, the first frost appears, and the wind gathers strength, tossing leaves to and fro with gusty energy. The leaves scatter, revealing their differences. Each leaf is sent off on its own path, bitten by the early morning frost, isolated and detached. Using leaves as a metaphor for individuality, this series dares the viewer to stand out in a crowd and to be different.” 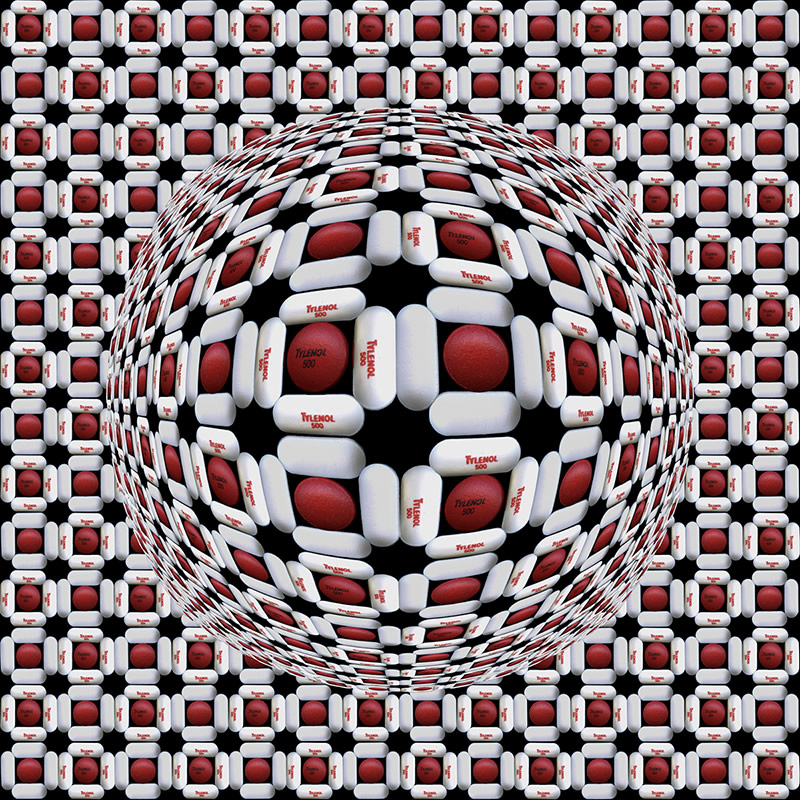 “Whatever hurts,with Tylenol.500 mg and 200 mg.2021: ‘I love the idea of “the impossible image” – the idea of there being no limits and of using the photograph as the basis for an image that’s in my head.’ My compositions become like another world where sensuous body figures merge with the environment and transform to become new compositional structures. My imaginary worlds remove my viewer from their commonly understood vantage points because it’s impossible to know where the photographer’s eye is in relationship to the subjects.” 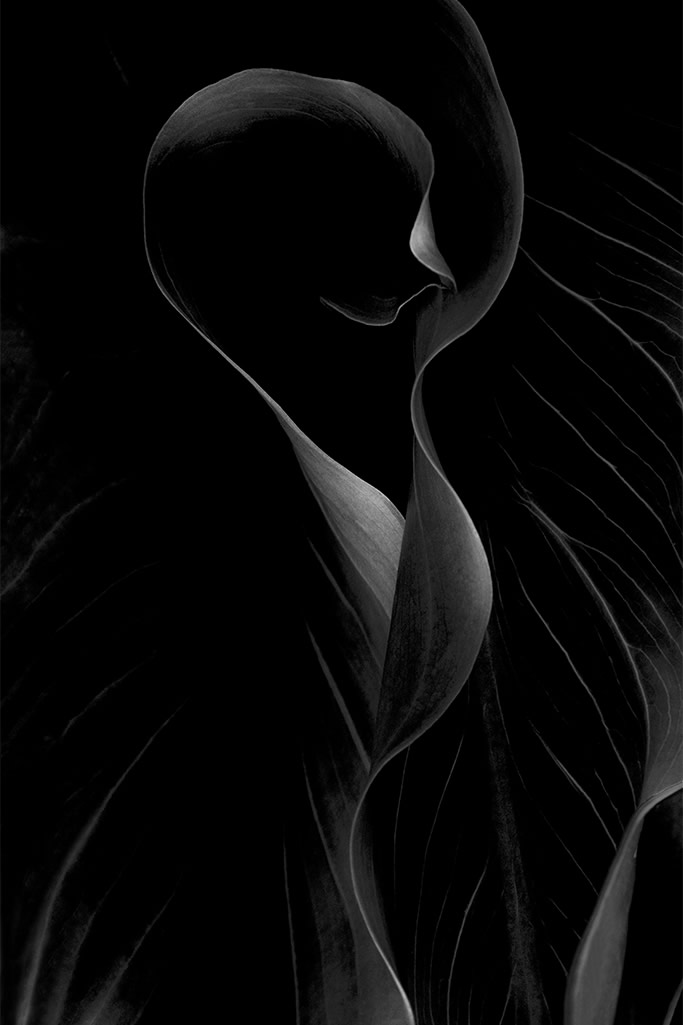 “Sensuality: Within these images, light and dark reveal the sensual shapes of objects from the natural world. Working with a minimalistic intent, I created this series, entitled Veiled in Light, to encompass what I love about nature. The organic shapes transform into free flowing forms evoking nature’s seductiveness while instilling a sense of peace and serenity, a combination that one might call an inner dance.” 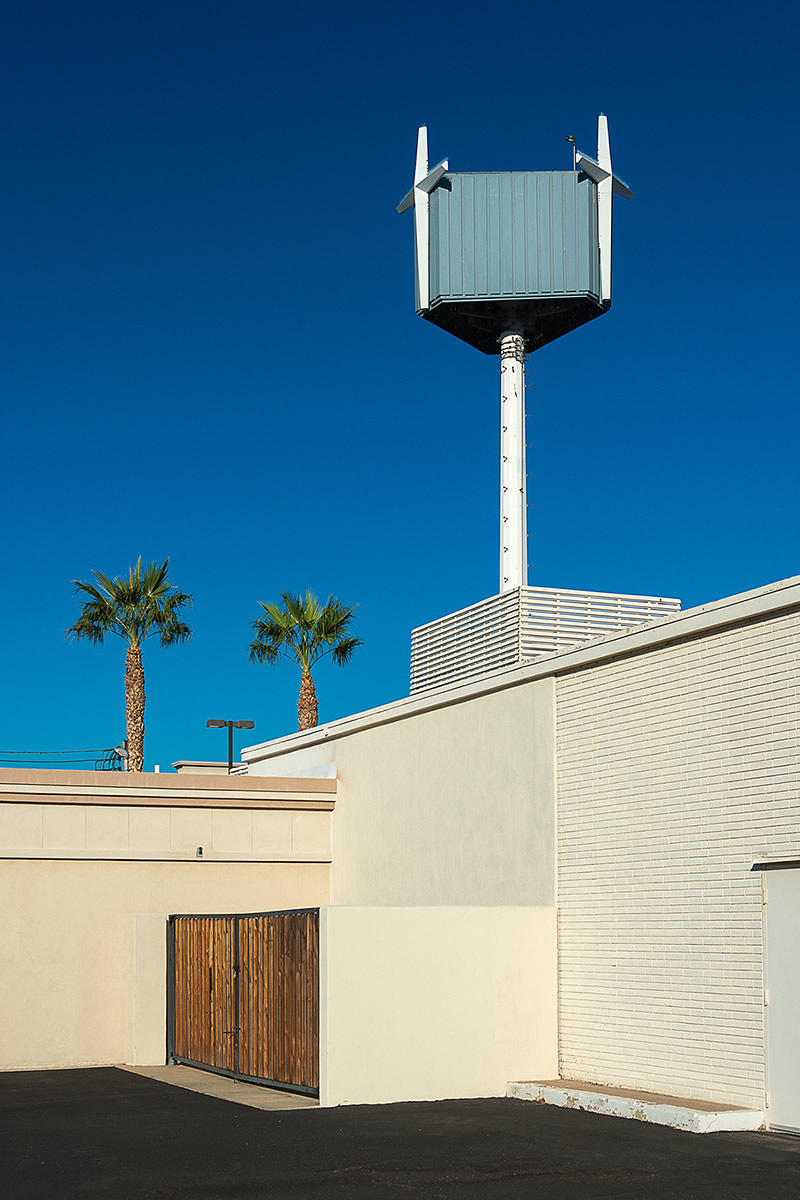 “Fauxliage – Calvary Megachurch, Phoenix, AZ: From the series – Fauxliage: Disguised Cell Phone Towers of the American West. How much of an ersatz landscape and manufactured nature are we willing to accept in exchange for quality cell service?” 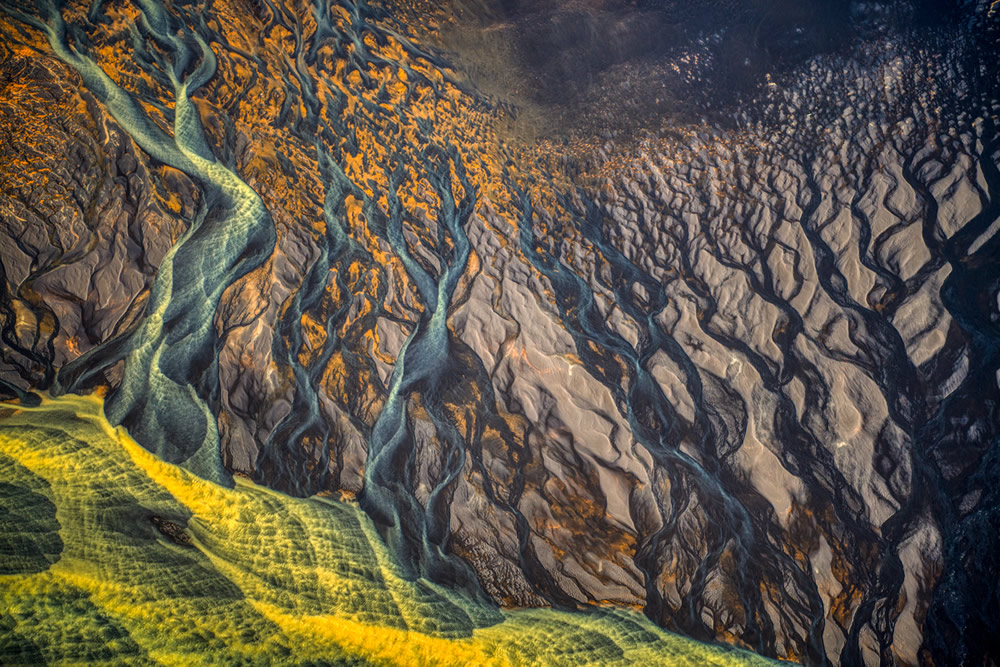 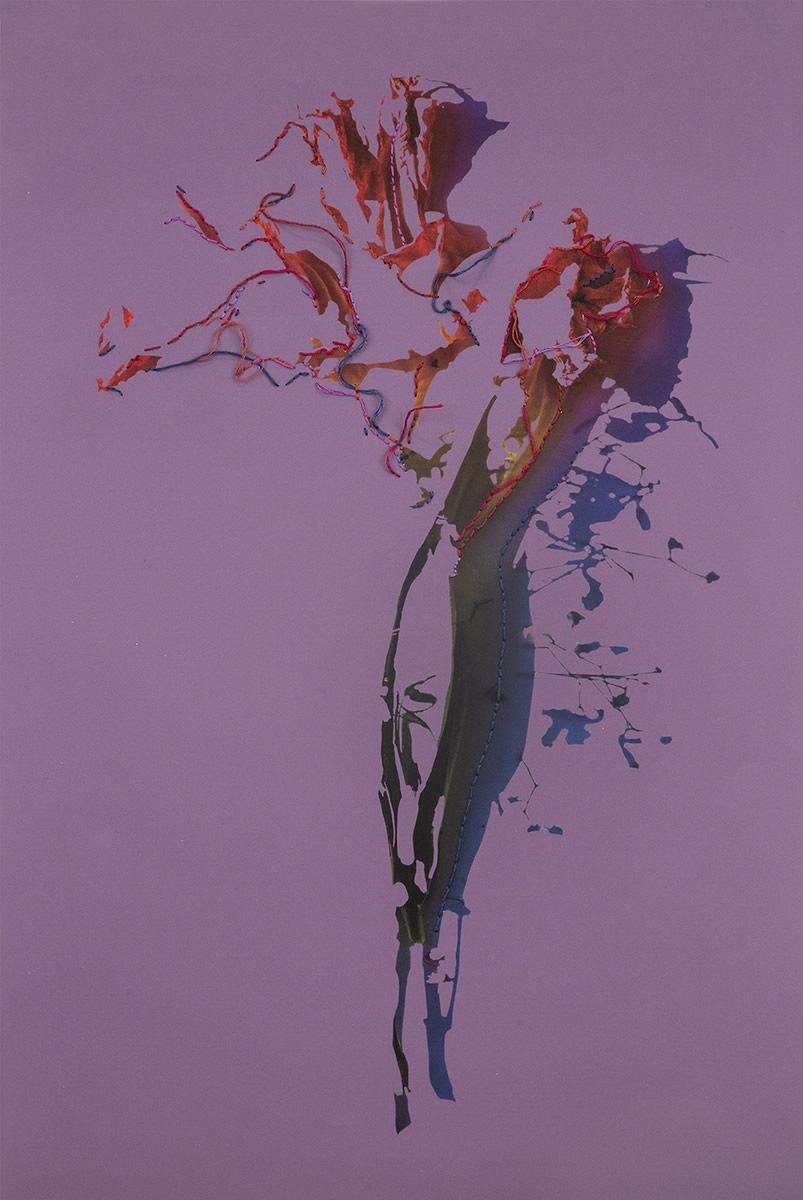 “Doodads, a stitched Archival Pigment Print from Meeting the Shadow, 20″ x 13.5″. Edition of 3: As I sit in my garden, I watch life become fragmented – the pandemic, politics, issues of race, personal losses, all contribute to an unhinged surrealism. The beauty and decay among the verdure serve as a metaphor for this new world. Here I deconstruct the photograph, leaving the Shadow as subject. Chance takes over and I begin having a conversation with silhouettes created by the sun. As I cut and sew to create a material object, these images portray my psyche during these turbulent times.” 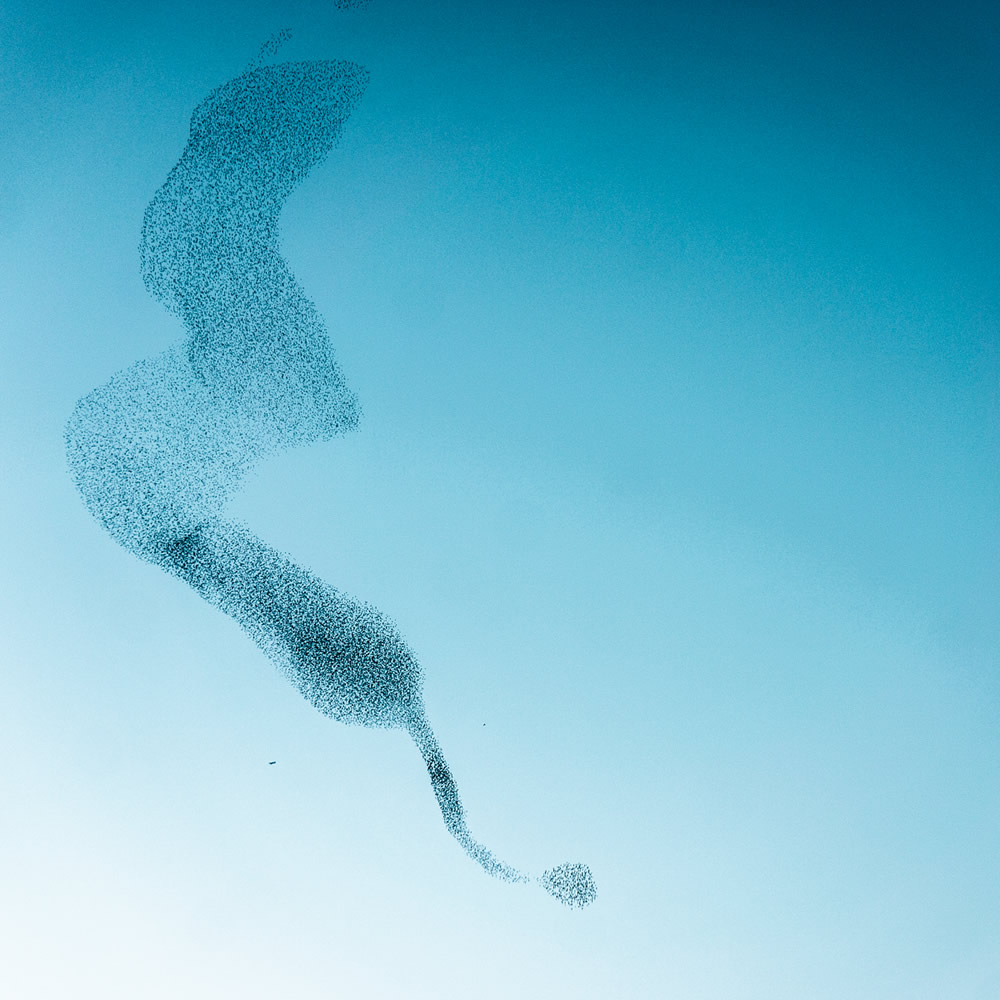 “Murmuration No. 1: This image is part of a body of work which captures the incredible murmuration of thousands of starlings in synchronized flight. The birds form amazing shapes in their collaborative performance … constantly in flux and continually shifting to form increasingly complex and beautiful shapes. This murmuration occurred on New Year’s Day, 2021 in Marin County, California.” 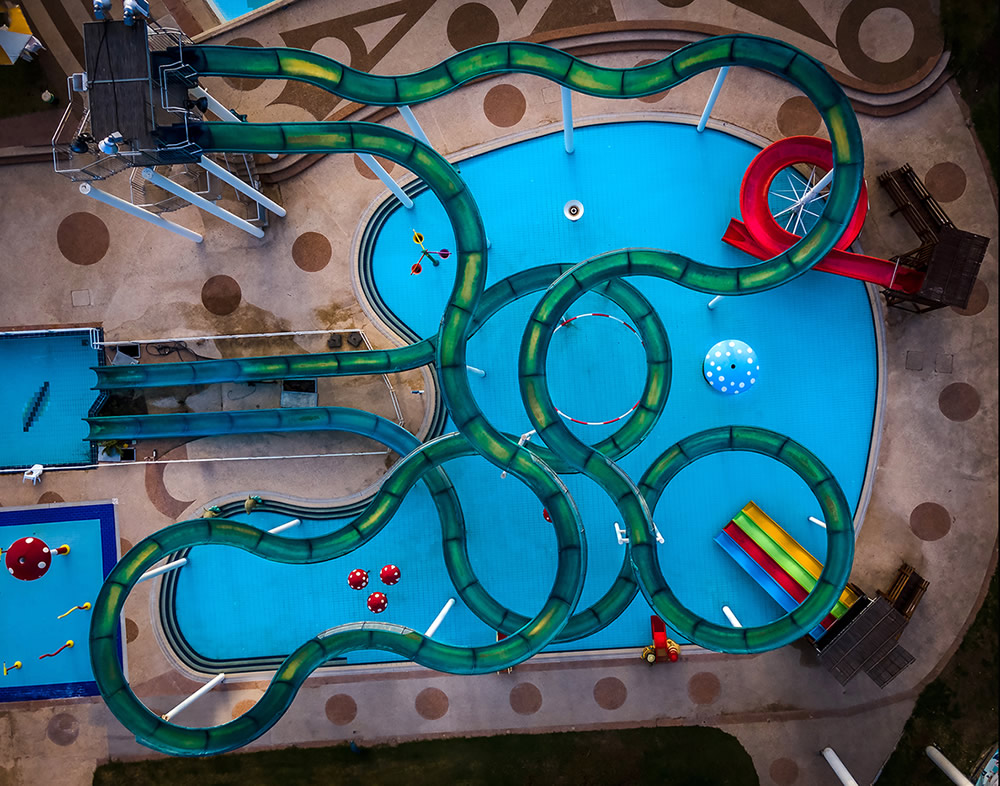 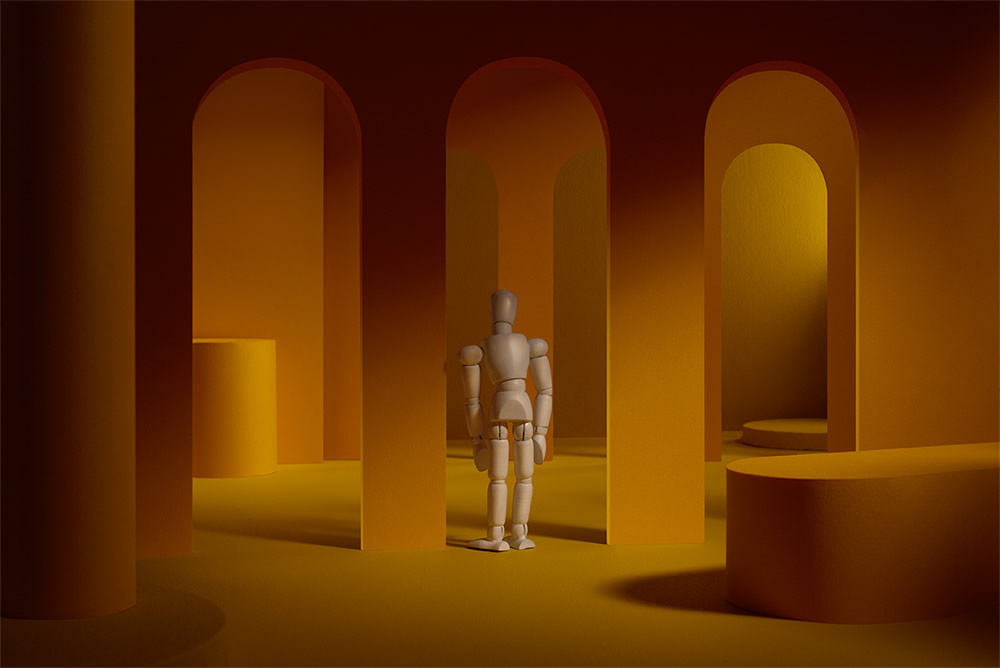 “Arches: The project takes inspiration from one of my favourite painters De Chirico. I always been fascinated from his works and how he evokes mood of nostalgia.Empty arcades, towers, mannequins among others arranged together, creating a surreal environment which conveys a feeling of “power and freedom. The set are entirely made from scratch and they are around 1/12 scale.” 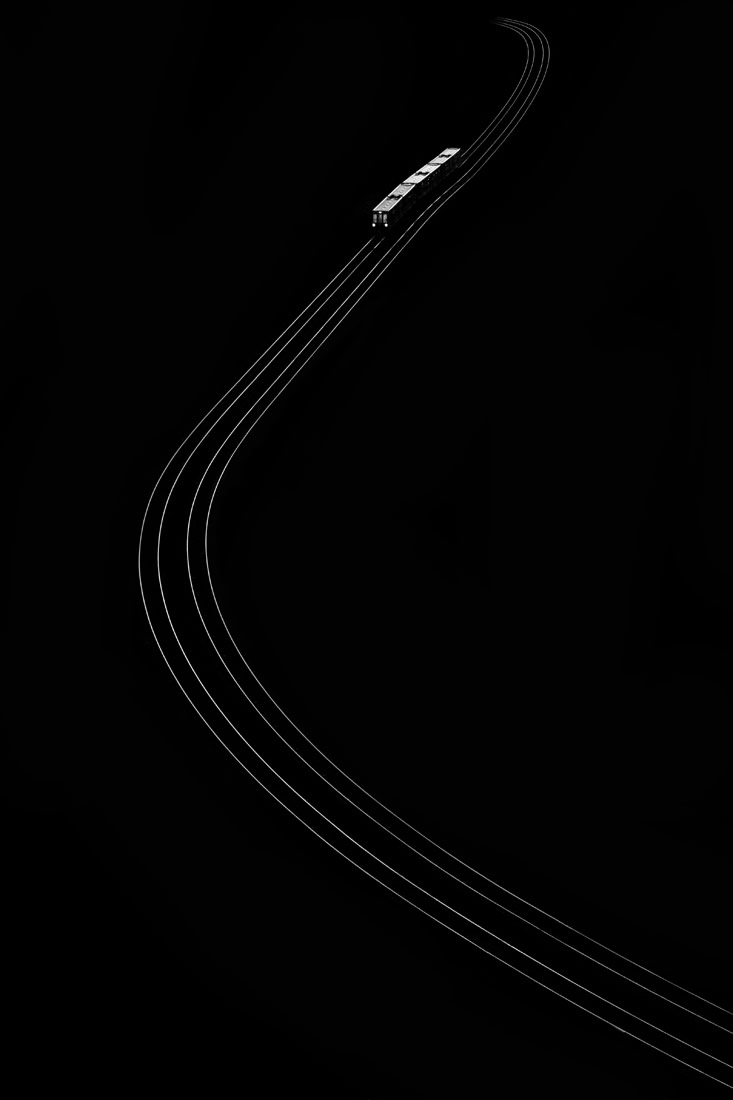 “The Night Train: The Docklands Light Railway train from West Silvertown to Canning Town in East London, UK. Taken from a moving cable car across the Thames. I noticed the late evening light showed the shape of the rail lines and so concentrated just on them and the train and nothing else.” 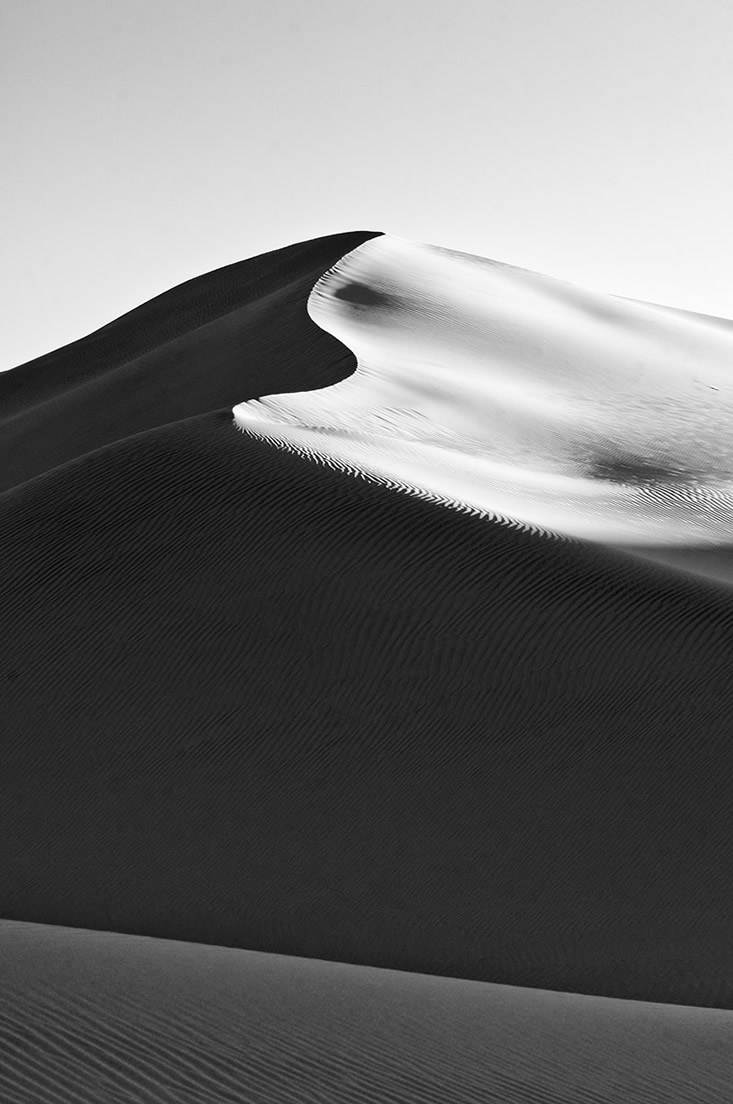