Life Before iPods: 26 Vintage Photographs Show the Heyday of Boombox in New York City From the 1980s 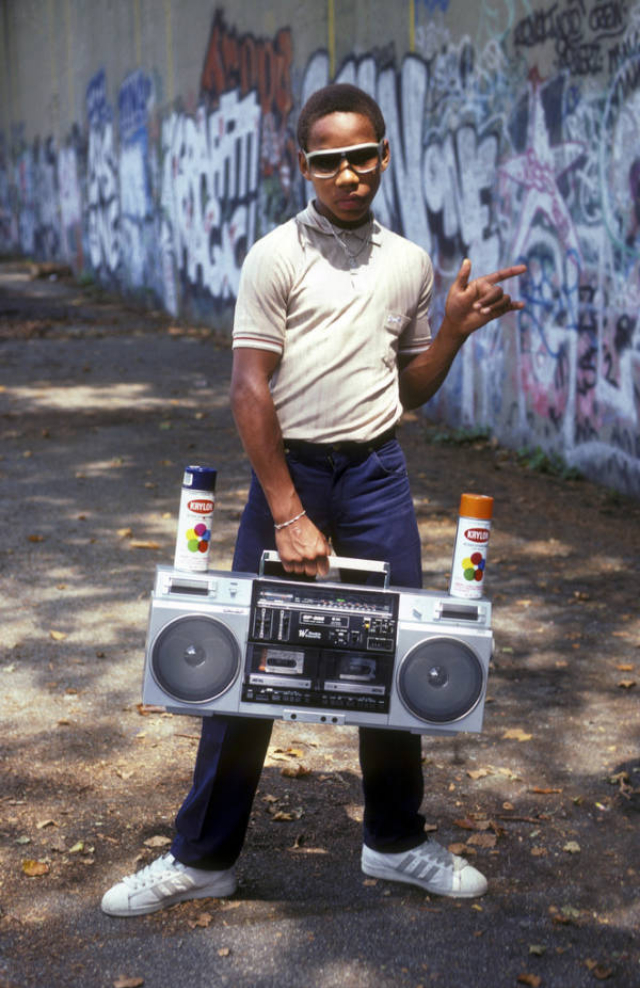 Those of us who lived in New York City in the 1970s and 1980s can testify to the very serious quality of life issues – graffiti covered subways, vandalism, garbage, crime, noise, drugs. The streets were minefields of dog poop just waiting for the next victim, those unfamiliar with the terrain or seasoned New Yorkers who had a momentary lapse of attention to the sidewalks. It was a very rough time and not the promised land at all. 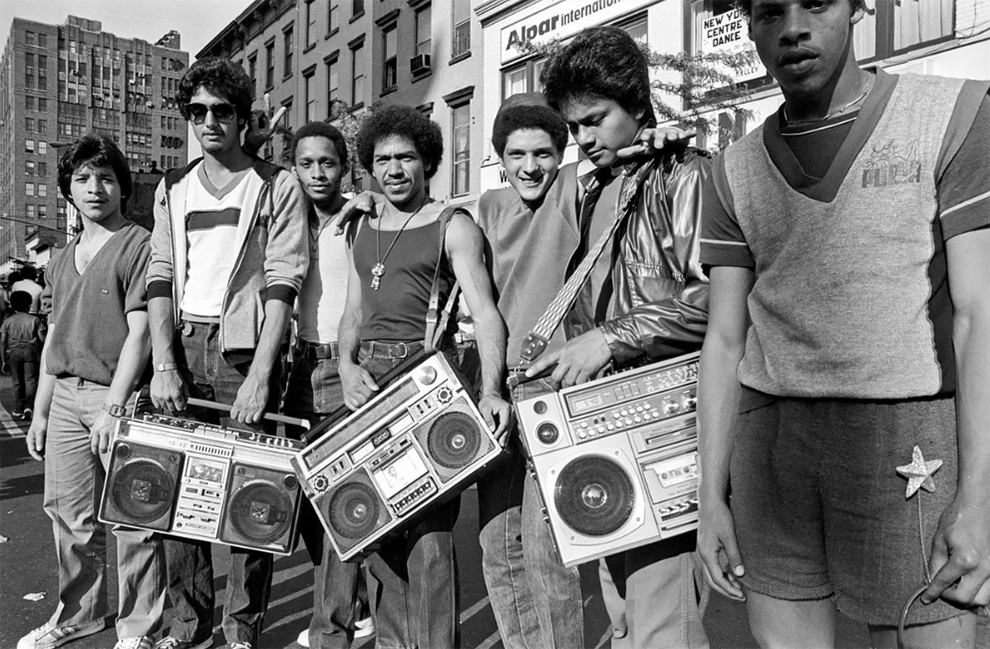 One of the most annoying and dreadful elements of the late 1970s and 1980s was the boombox. This portable party machine could be cranked to deafening levels, even outdoors against the ambient din of the city. At times it felt like there was no escaping it, the ghetto blasters were everywhere to be found including spaces where one expected quiet enjoyment like parks. To make matters worse, the music played was very limited, typically disco or hip hop. You would not hear anything else, certainly not classical, country, blues or classic rock. 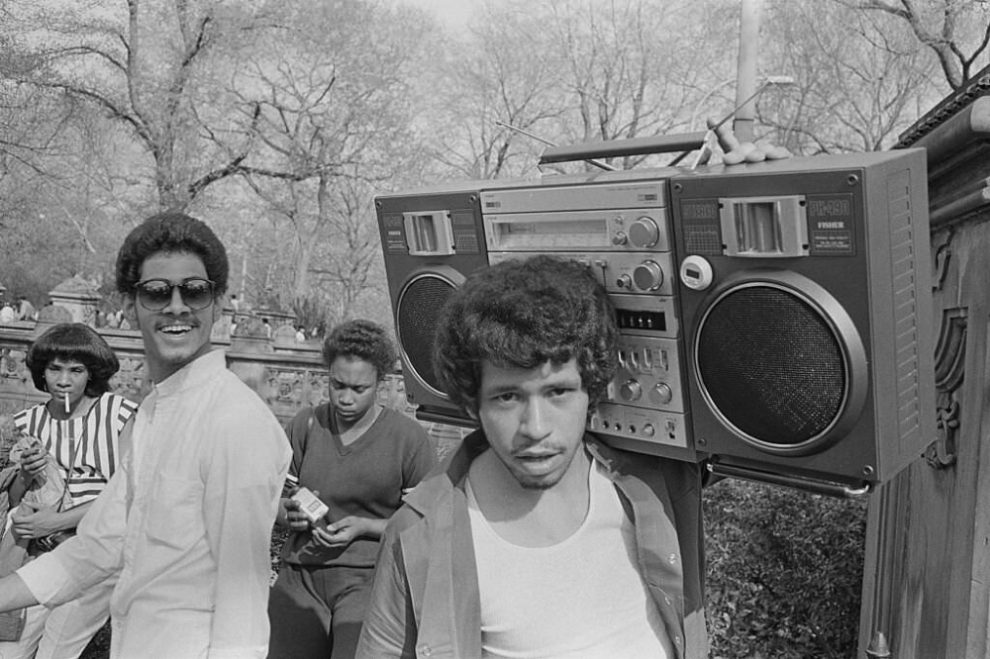 Boomboxes were heavy. It was a job to carry them all day. Some required as many as 20 D-cell batteries, which, allowing for continuous play and volumes, would only last the day. The cost of these batteries became major budgetary items for those who carried their boxes daily. They were essentially the Walkmans or iPods of their day, but as a broadcast device, they could hardly be considered personal audio players. 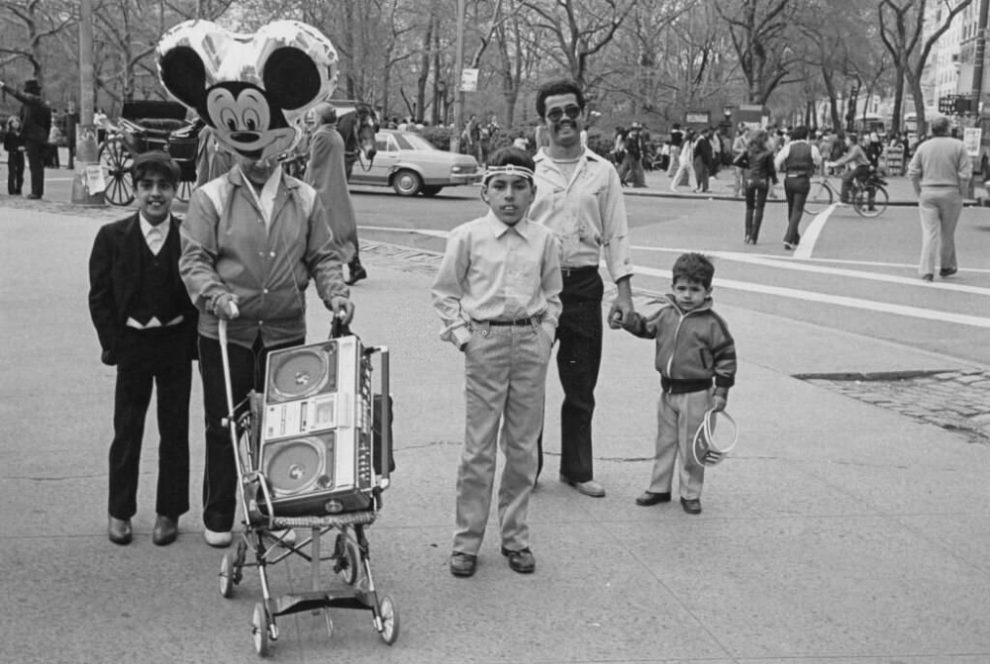 The 1990s was a turning point for the boombox culture, Walkman and other portable devices replaced them. However, people who preferred to listen to their music publicly with friends still used boombox. The following photos showcase the culture of boombox from the 1980s. 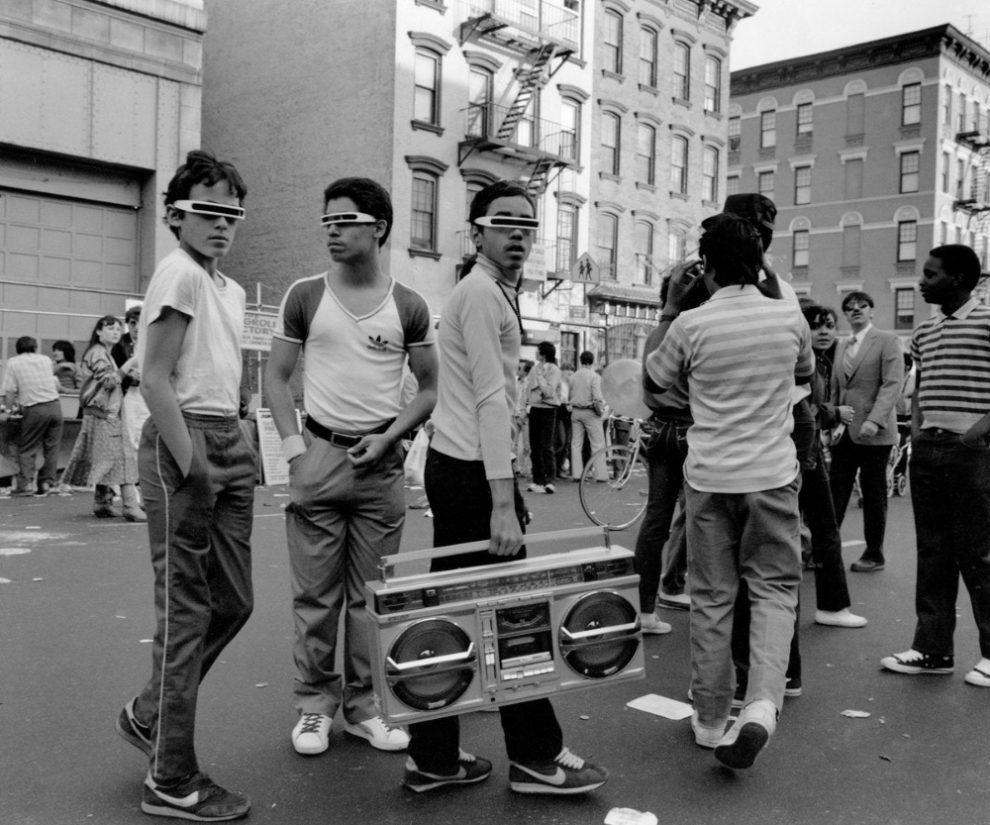 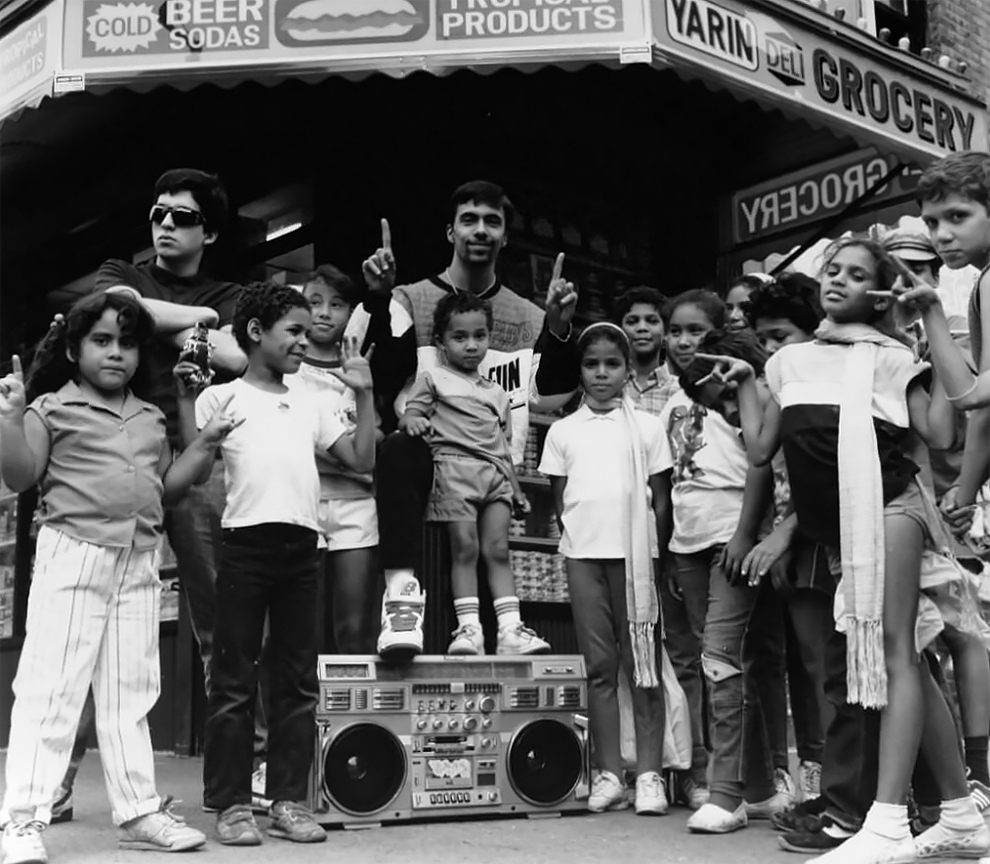 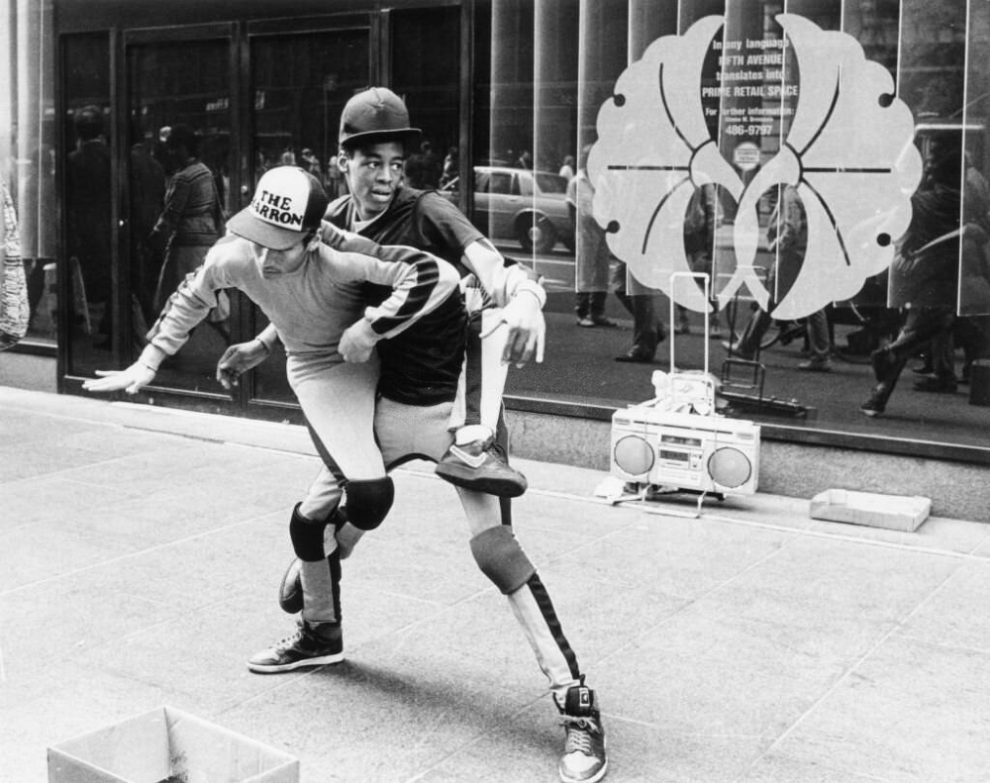 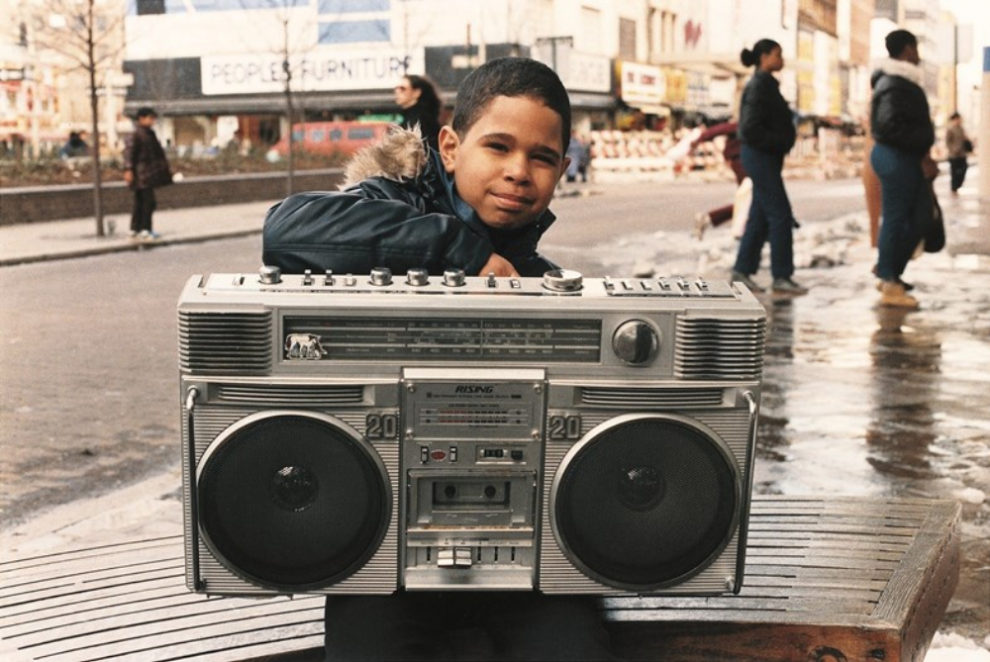 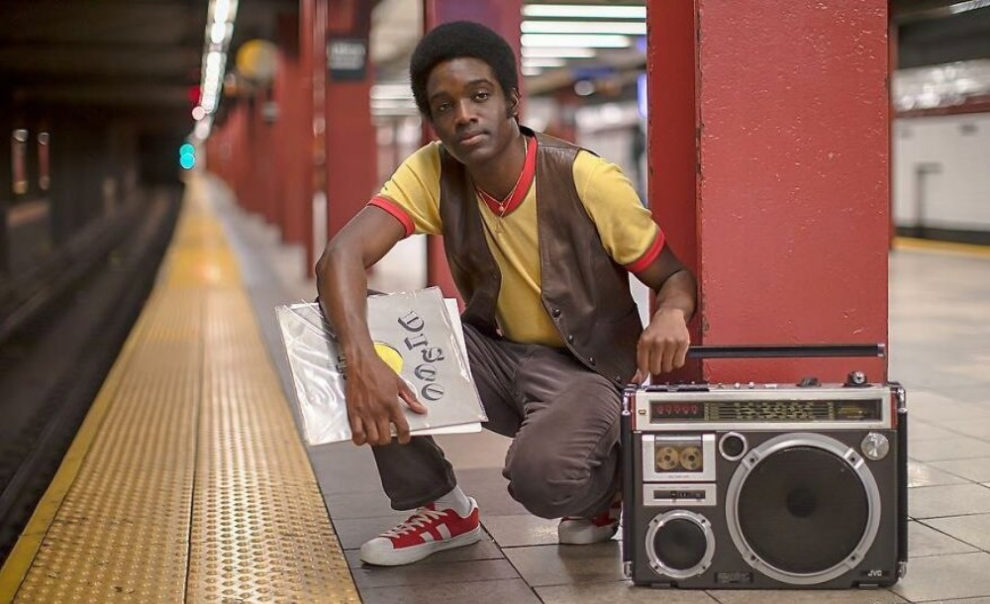 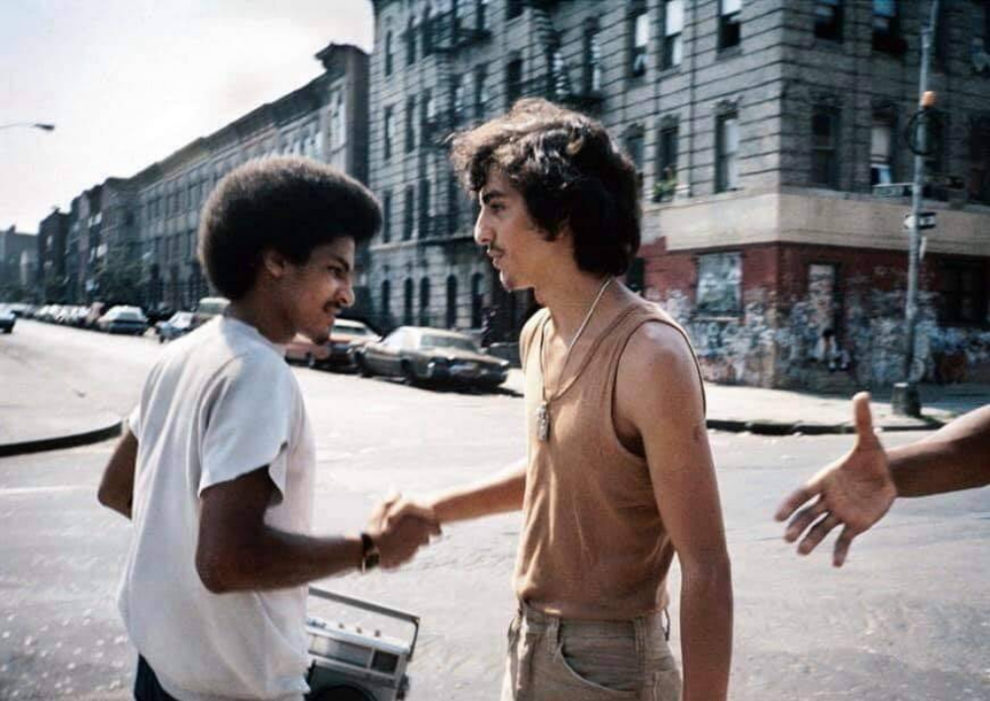 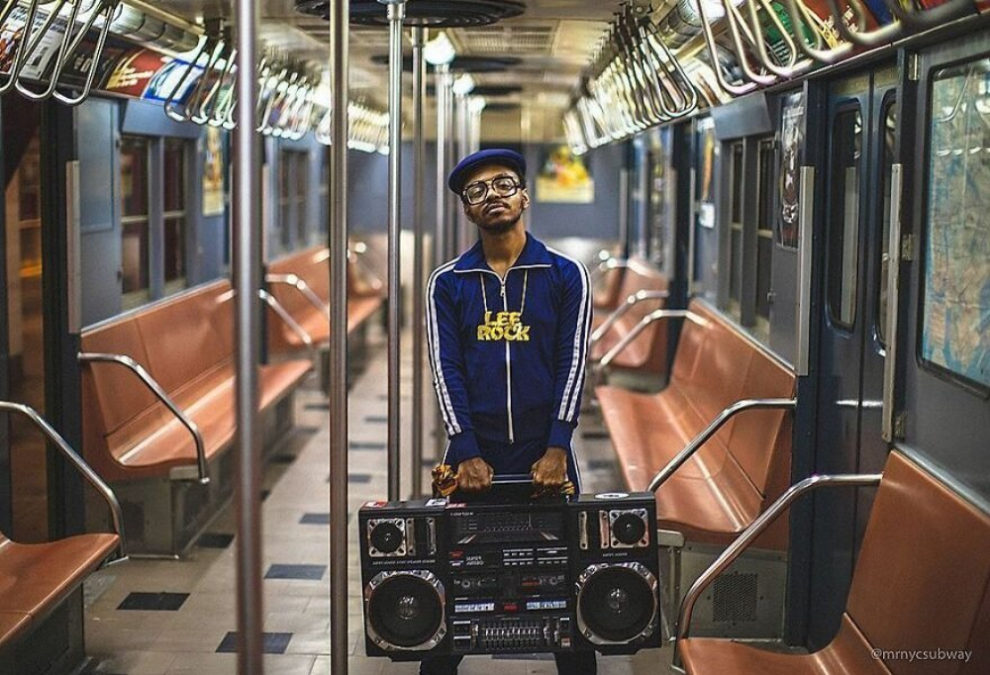 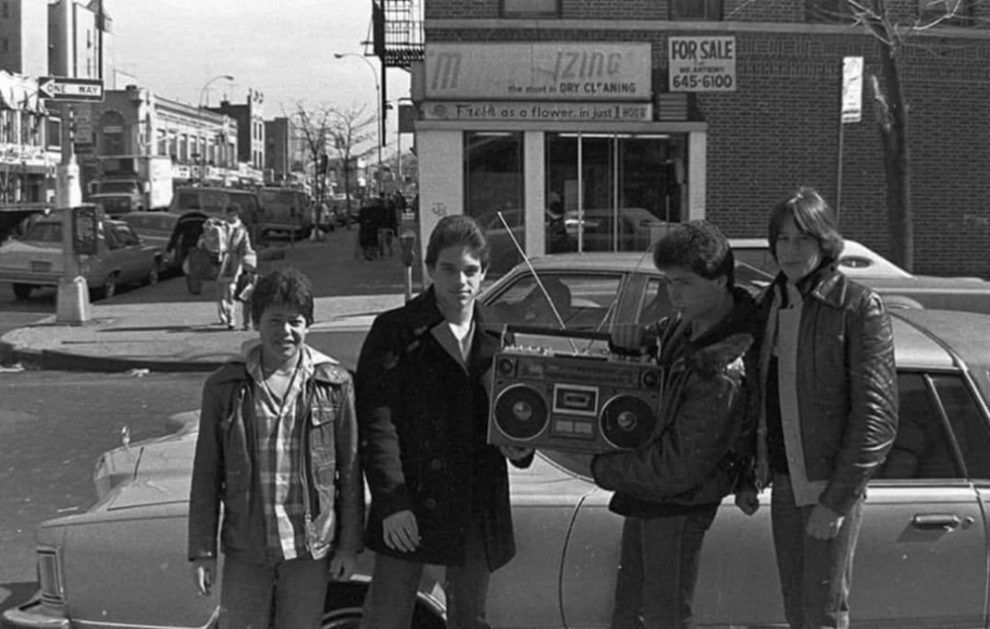 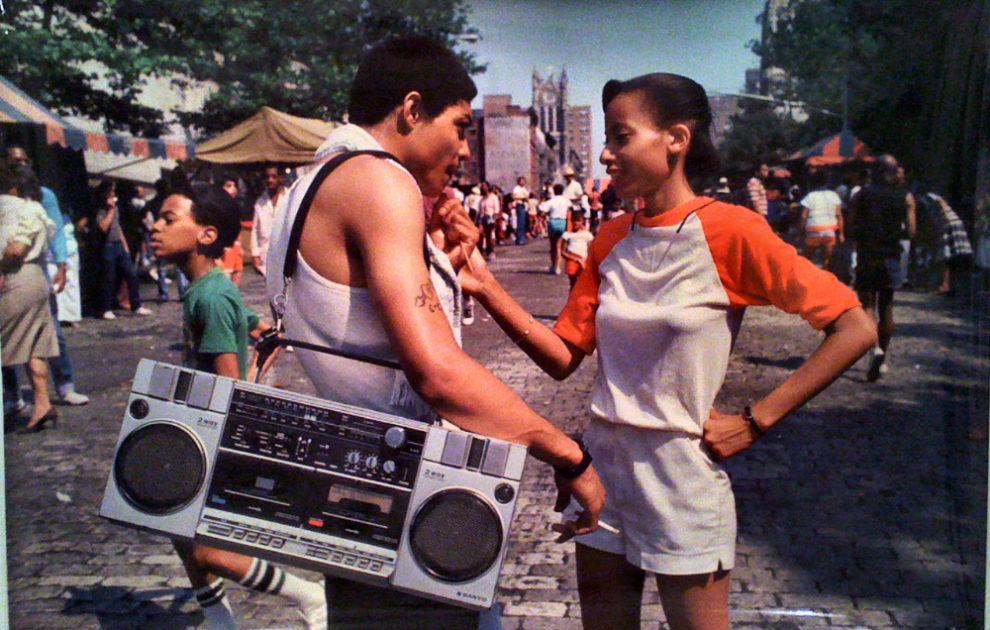 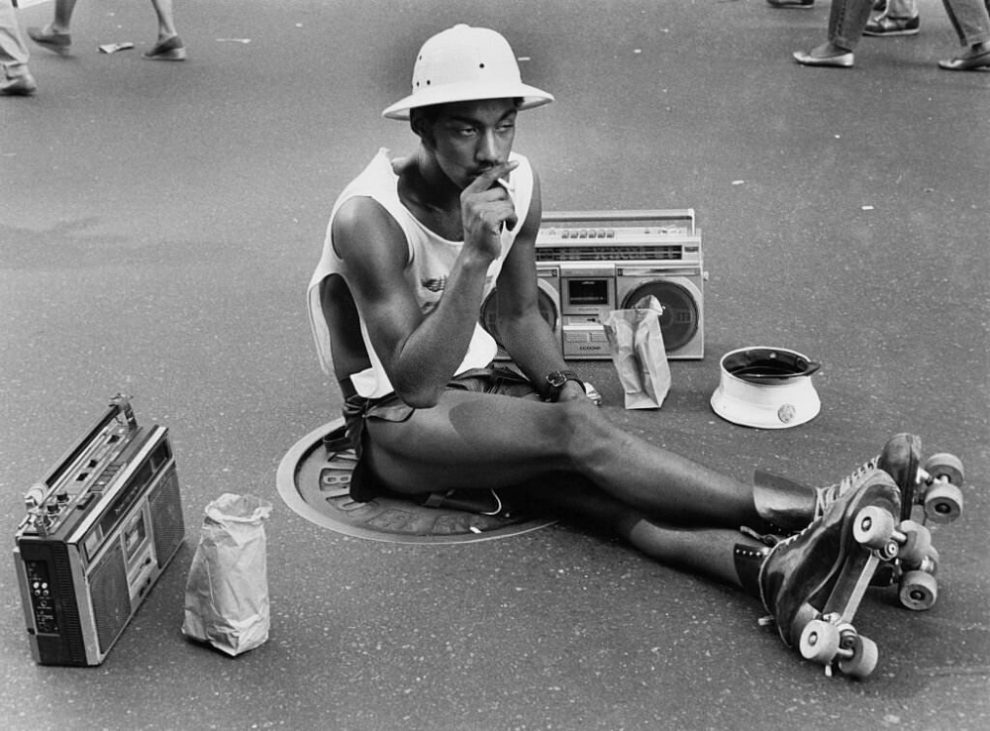 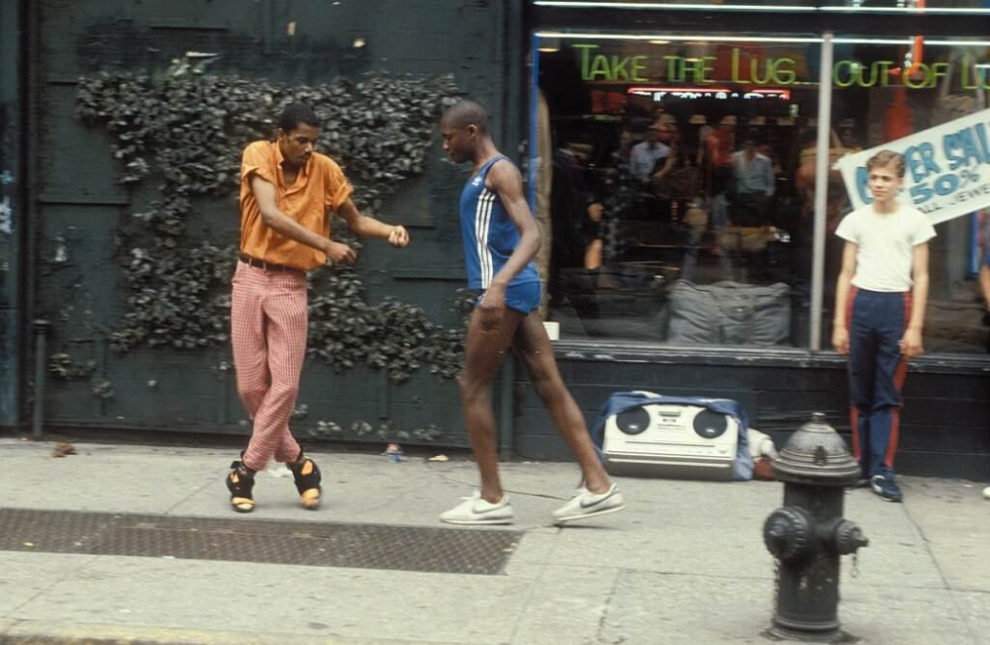 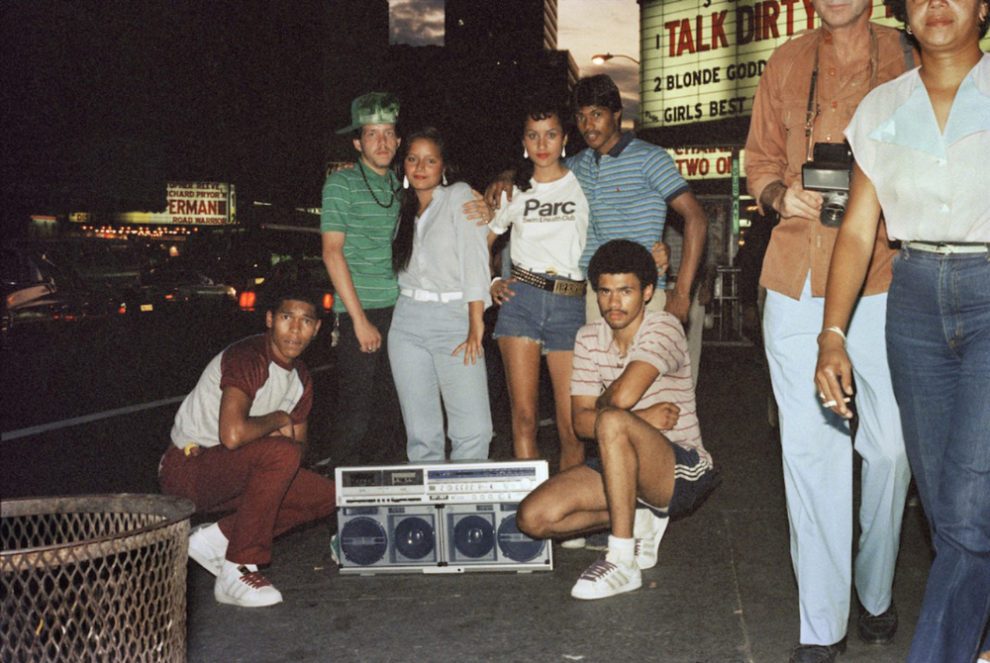 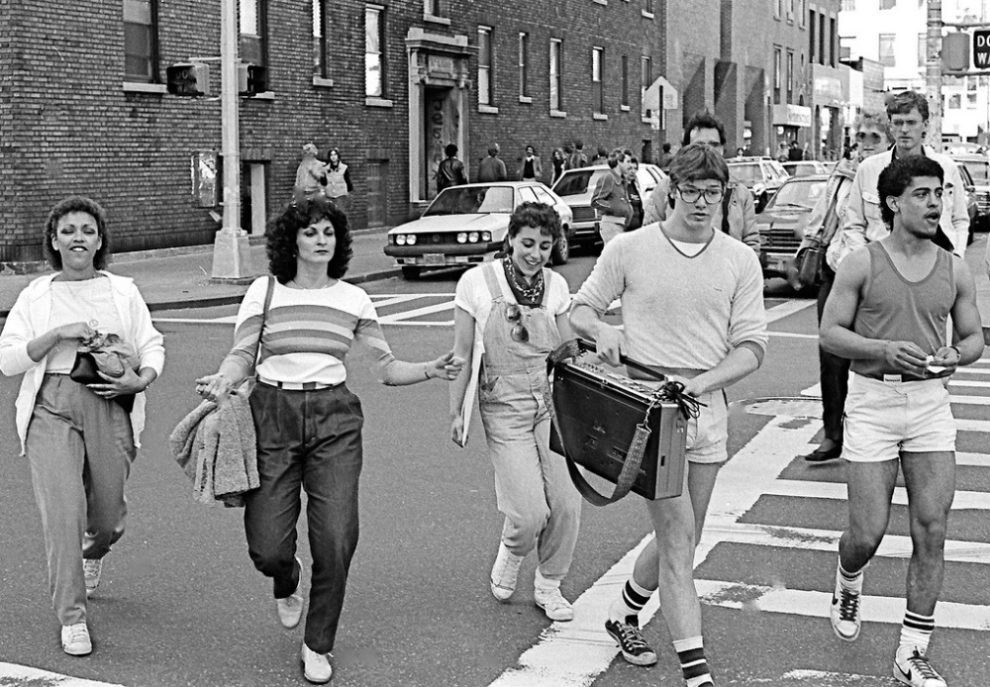 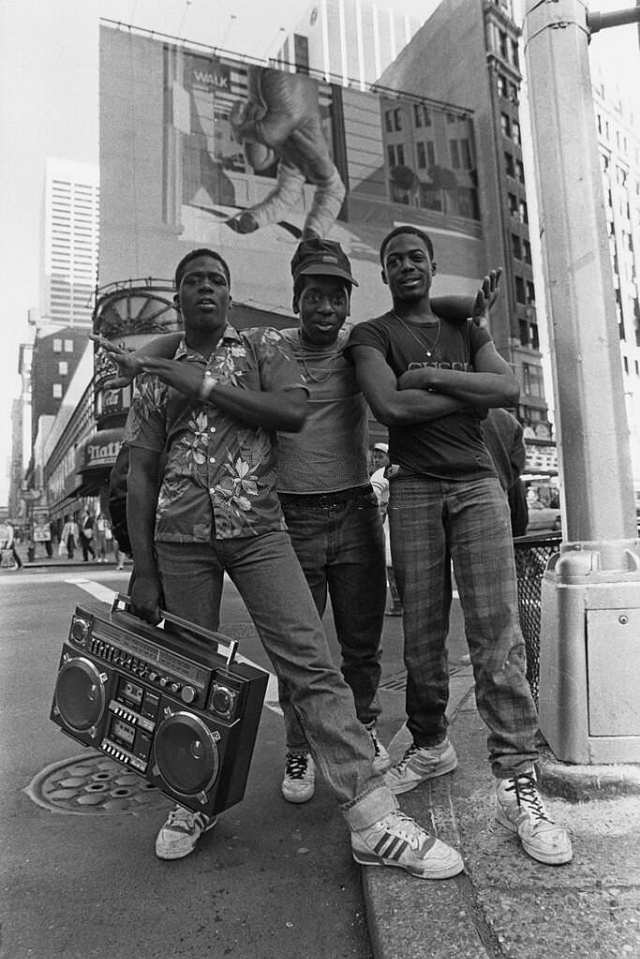 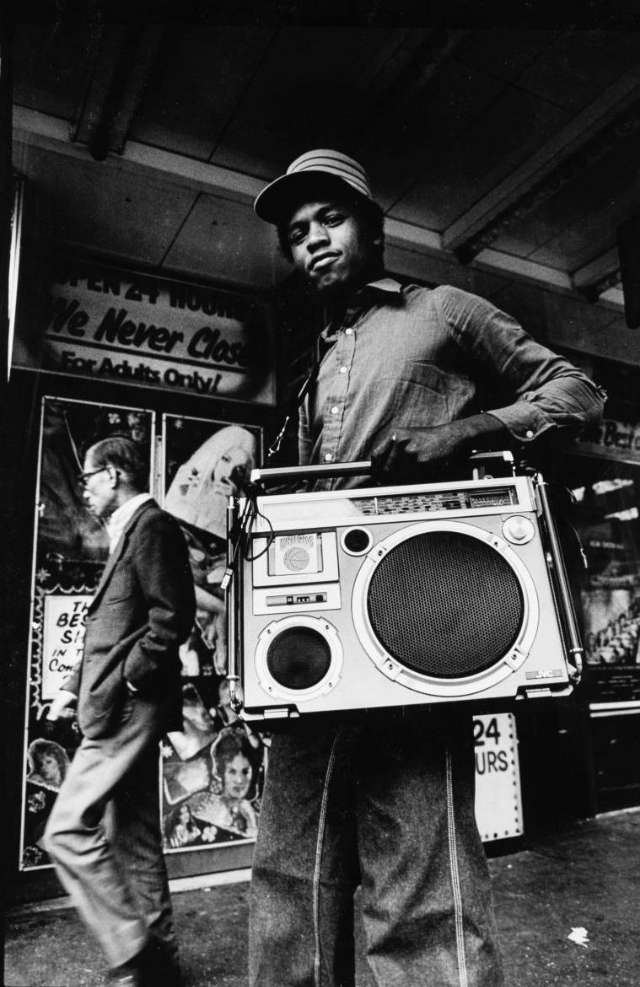 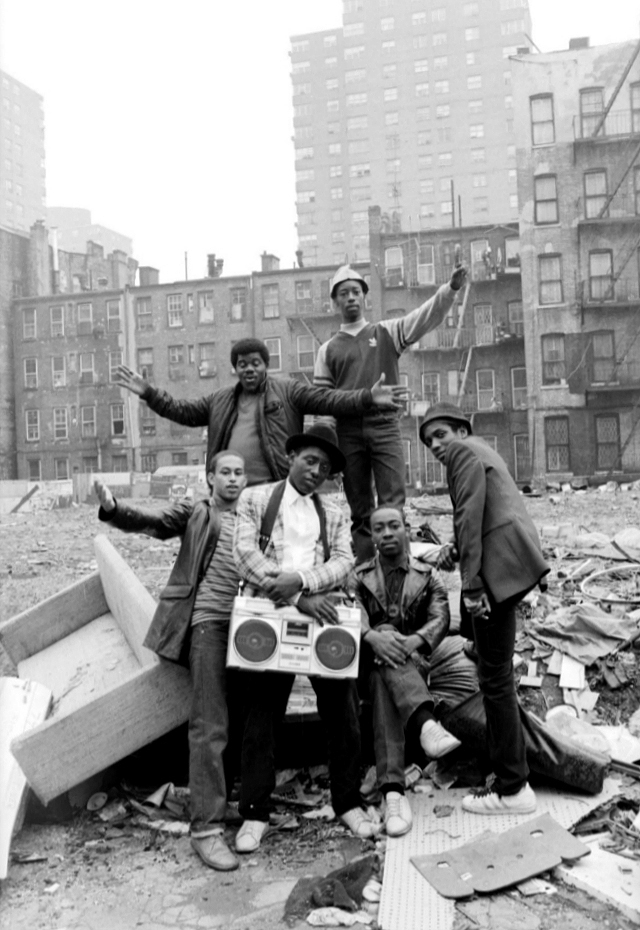 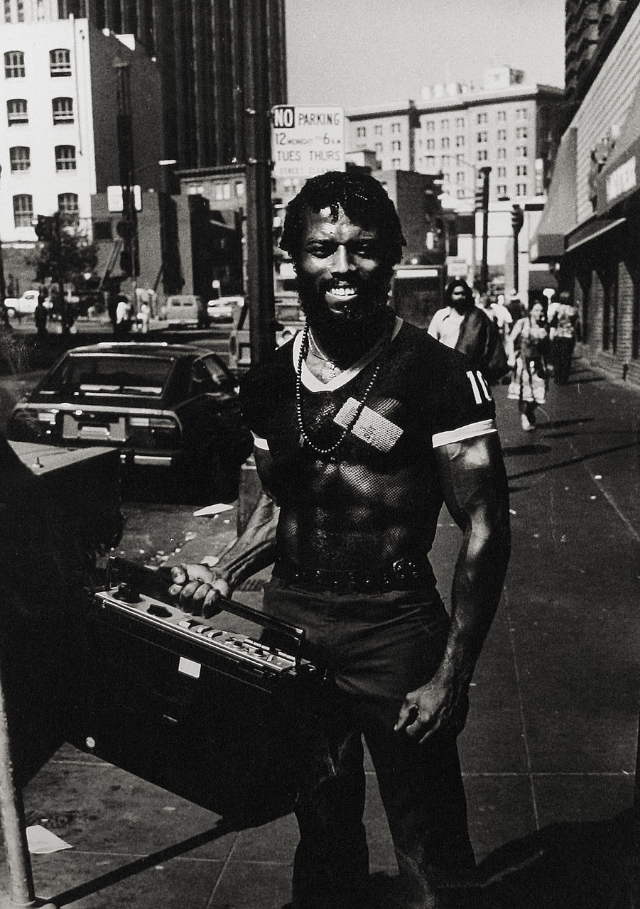 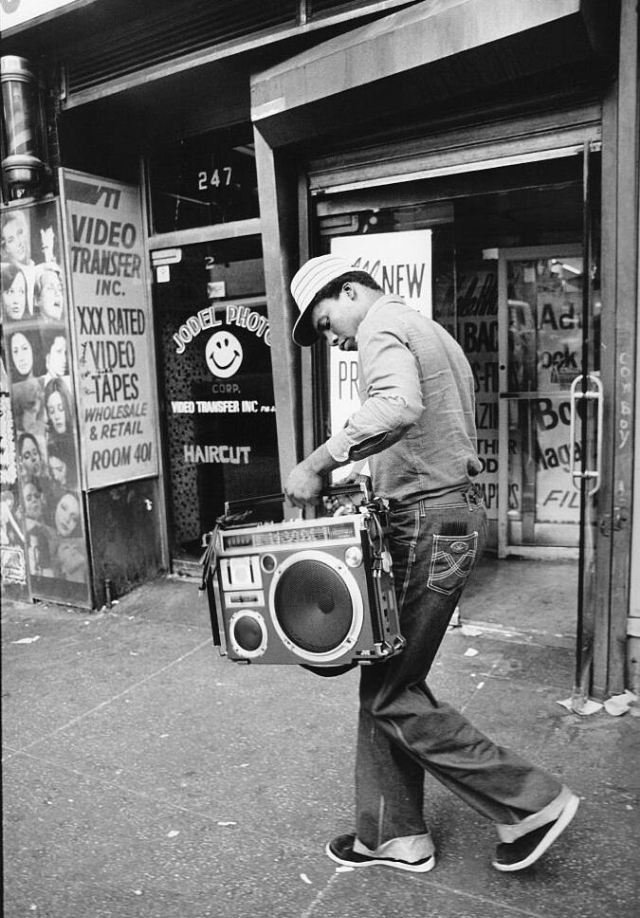 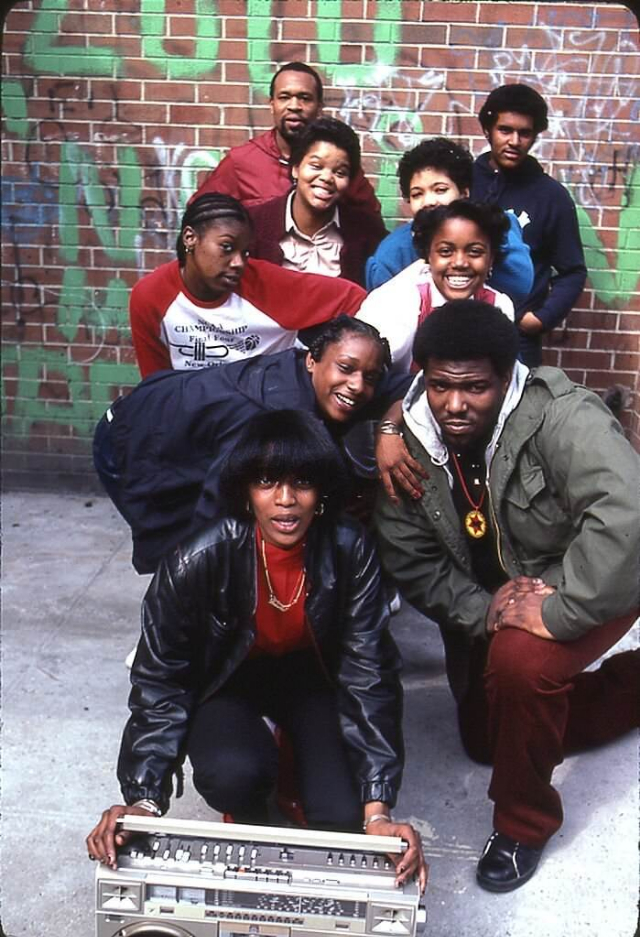 Candid Photographs Of Alain Delon Encountering Some Pigeons In Piazza San Marco, Venice, 1962
This Girl Makes A Pop-Culture-Inspired Pies That Would Be A Sin To Cut
Back When the Rotor Rides Were Fun and Dangerous!
1960 Ford Spaceliner, a Vehicle That Looks a Bit Like a Spaceship From a Science-Fiction Movie
Artist Hilariously Reveals What’s Happening Outside The Frames Of Famous Music Album Covers
Catographer Nils Jacobi Captures Whimsical Cat Portrait
Photographer Captures The Unique And Amazing People Of The New York Subway
Amazing Photographs Of Carrie Fisher On A Fire Escape In New York City, 1977
Stunning Early Deadliest Tornado Photographs From The 19th Century
‘80s Style Double Exposure Portraits Of Pets With Their Owners By Danielle Spires
"Elvira, Mistress Of The Dark": Stunning Photos of Cassandra Peterson in the 1980s
The Unintentionally Homoerotic Chinese-Soviet Communist Propaganda Posters, 1950-1960
Simple & Difficult Russia: Photo Collection Of Anna Skladmann
Bizarre & Creative Soviet Anti-Alcohol Posters, 1930-1988
Beautiful Photos of the 1953 Cadillac Le Mans
20 Fantastic Works Of Street Art That Brightened Up Our Streets Last Year
Gorgeous Pics Of The Ordinary Swedish Residents And Karelian Orthodox Monks Photographed By Einar Erici In 1930s
Hilarious Snaps Show Halloween Costumes In The 1950s And ‘60s
Beautiful Vintage Photos Of The First Miss Soviet Union Beauty Pageant, 1988
Portraits of Twiggy Taken by Ron Burton for the Mirror and Herald in 1966
Photographer Find Flags Hiding In The Streets Of Hong Kong
Incredible Black and White Photos Capture Street Scenes of NYC in the 1950s
Robots And Donuts: The Amazing Retro-Futuristic Art Of Eric Joyner
Before The Computers: Looking Back On Typewriters Era
1980s, boombox, culture, music, NYC, retro, streets, vintage