Scary Photos of a Young Linda Blair as Regan MacNeil in “The Exorcist”, 1973 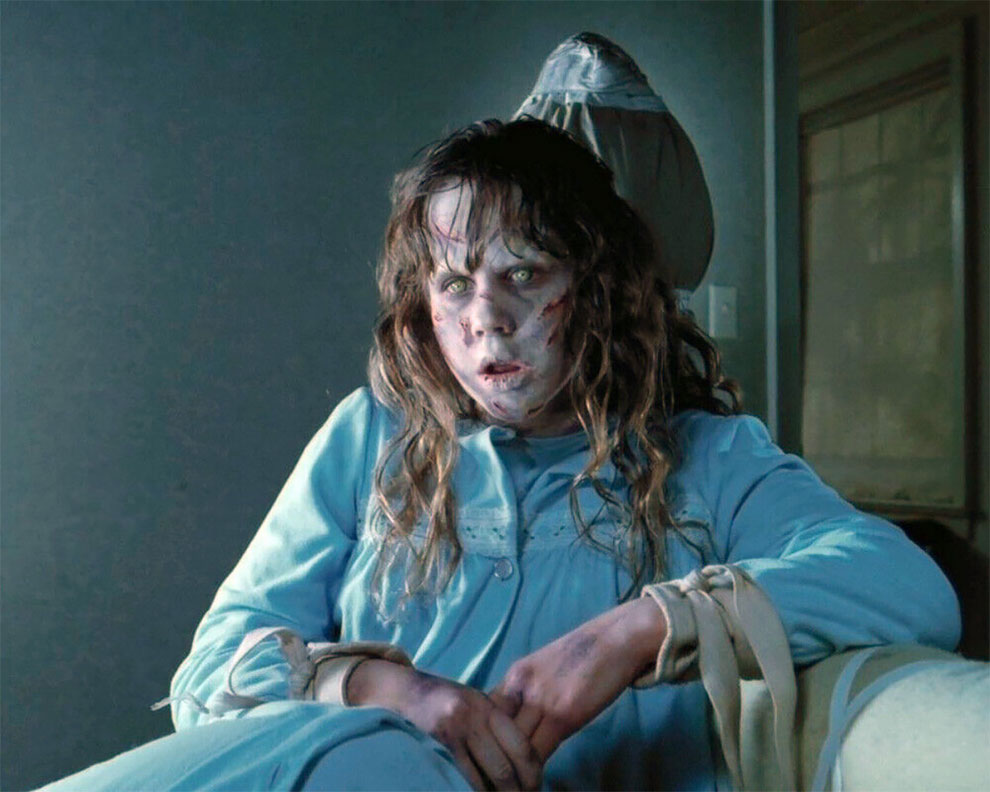 When The Exorcist was released in 1973, Linda Blair was just 14 years old. Though the film generated a considerable amount of controversy, the young actress blew audiences away with her haunting performance as possessed preteen Regan MacNeil. 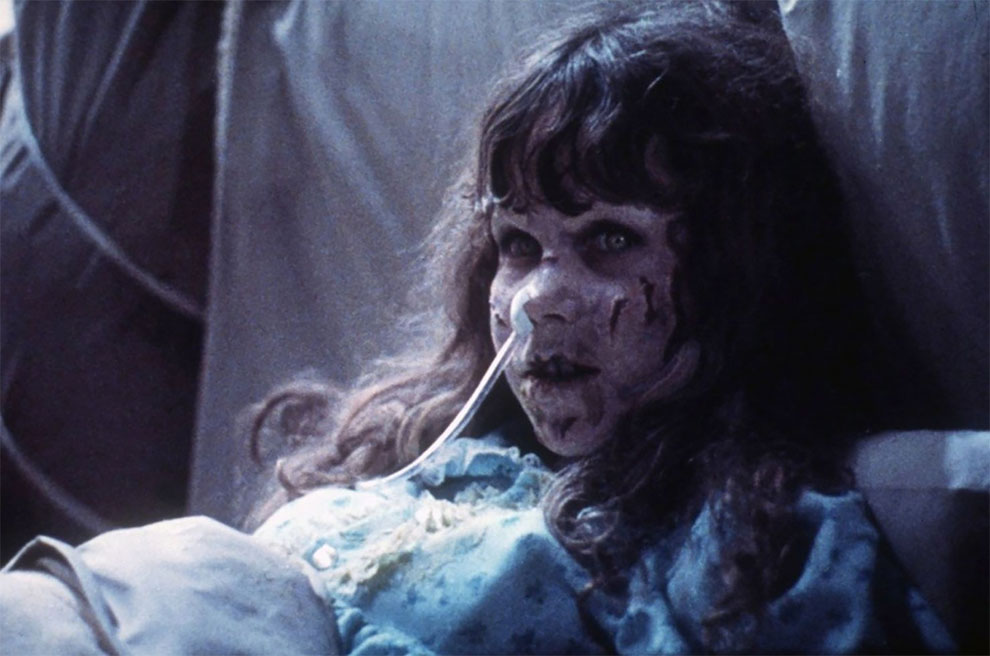 While the role earned her a Golden Globe for Best Supporting Actress, it also became an inescapable source of frustration that ultimately hindered her career. The film’s legacy as one of the scariest movies ever made pales in comparison to the real-life horrors Linda Blair endured as a result of starring in it. 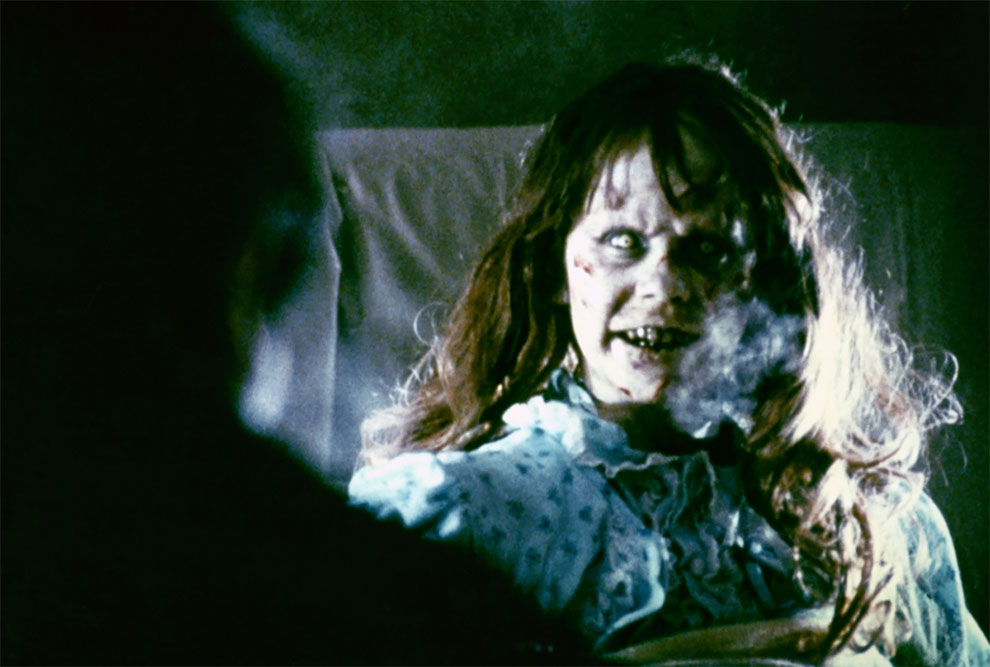 When The Exorcist took in over $66 million at the box office during its initial run, it was the top-grossing Warner Bros. picture of all time, and it earned 10 Oscar nominations, winning in two categories. For its time, the original film featured some stunning visual and makeup effects. Linda Blair, who starred in the film as the possessed adolescent, told that she spent a lot of time getting all different kinds of makeup done, along with having models of her head made for some of the other effects. At the time, she says, it wasn’t really a great experience. 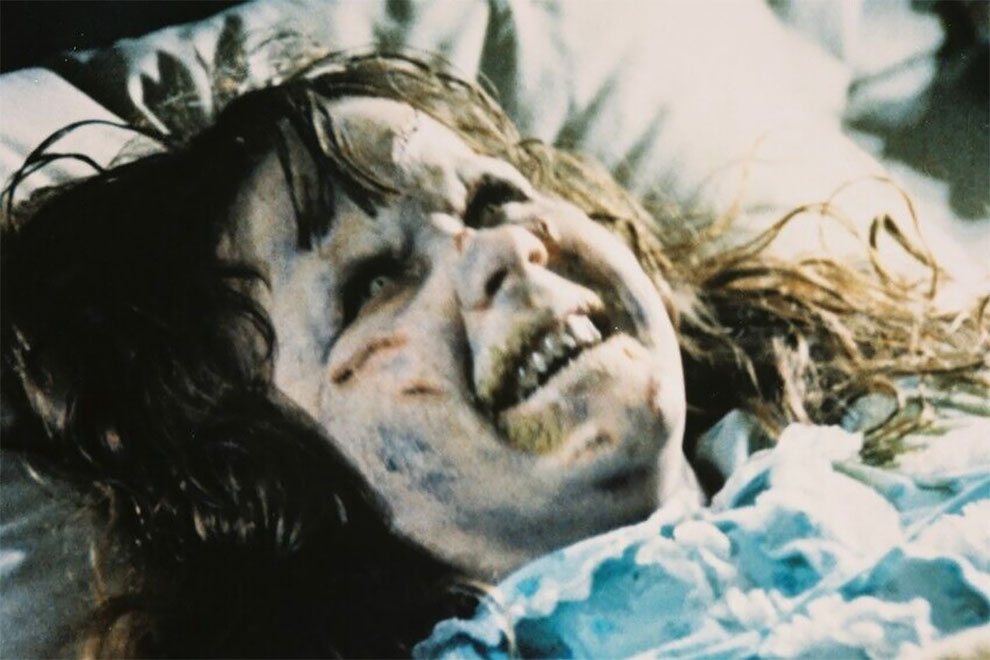 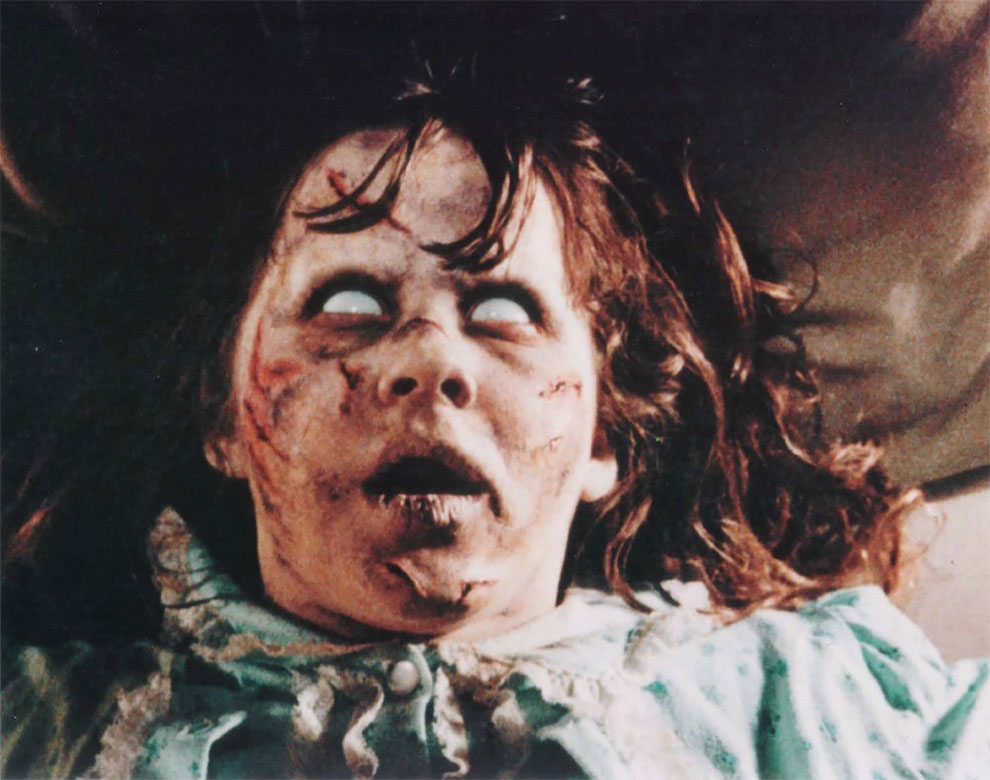 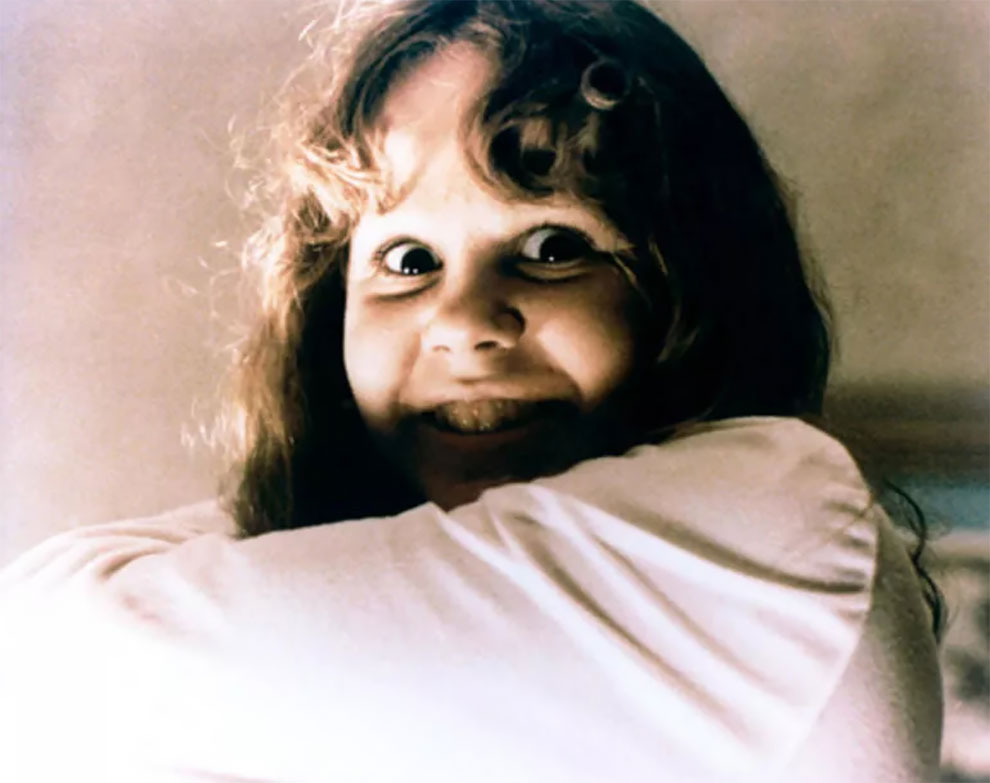 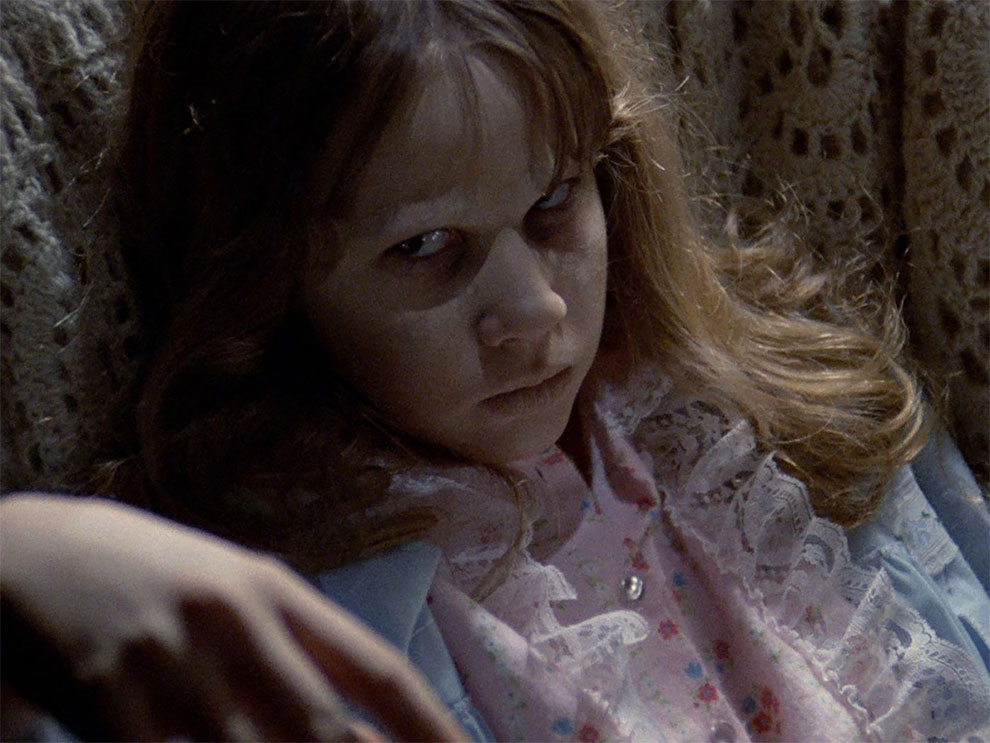 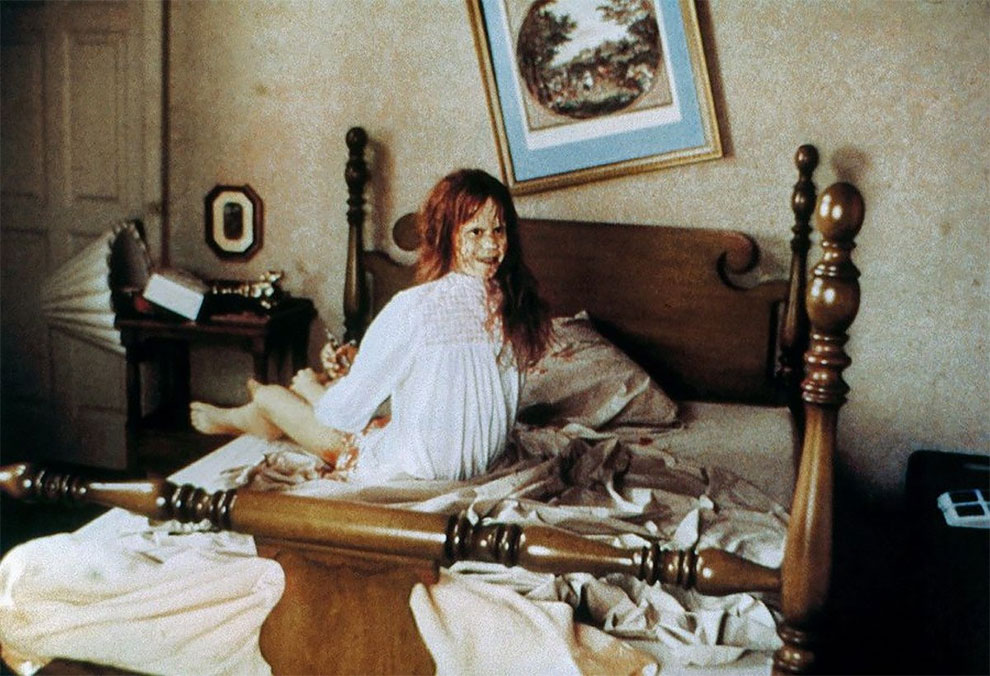 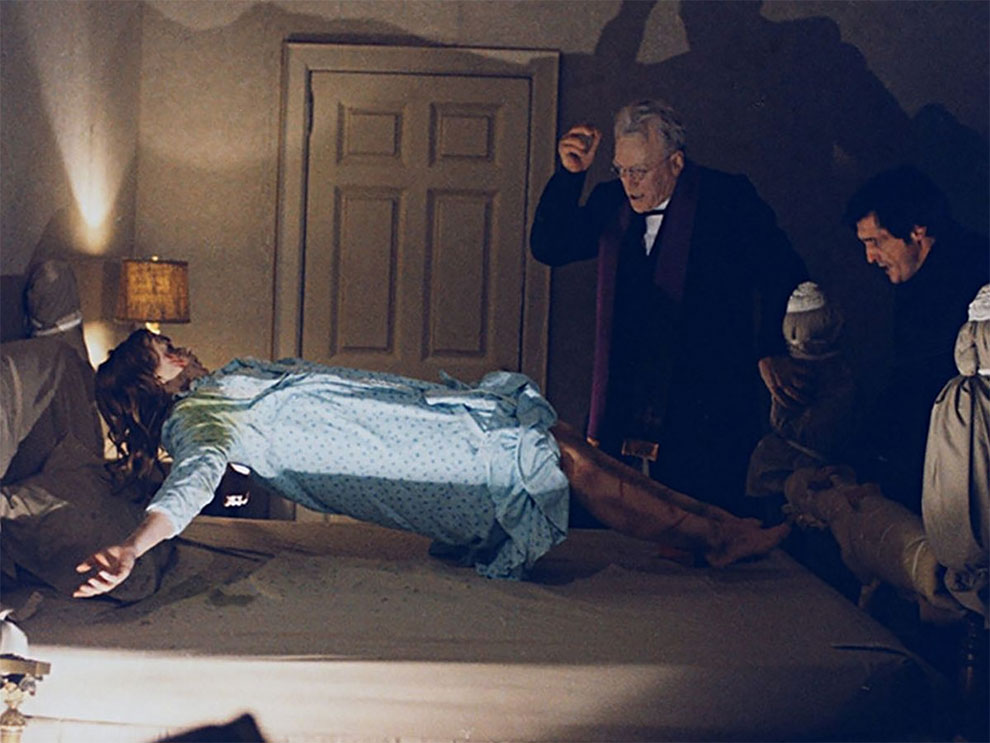 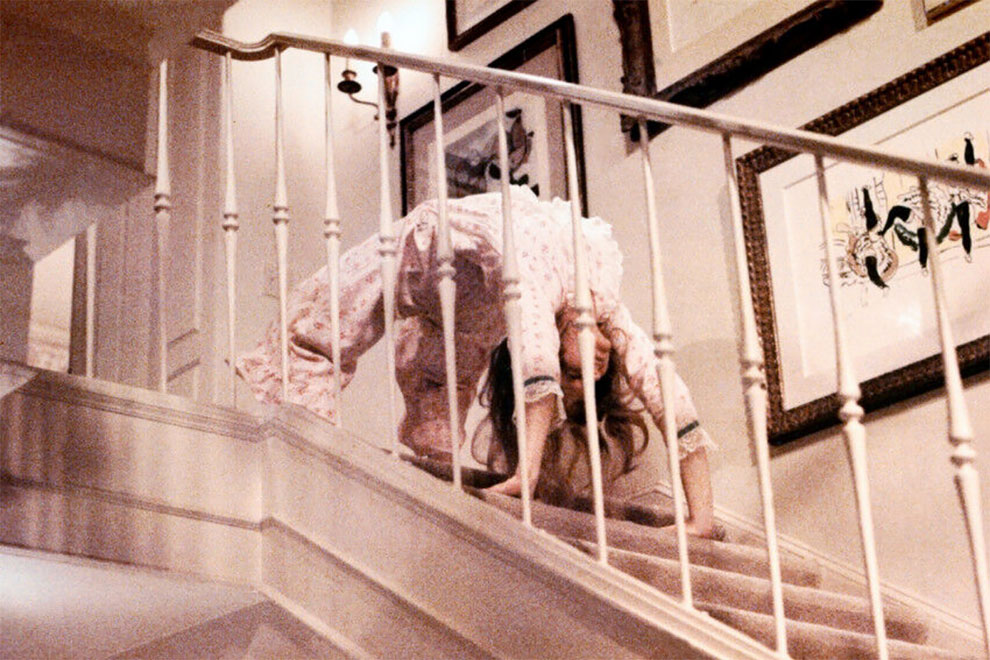 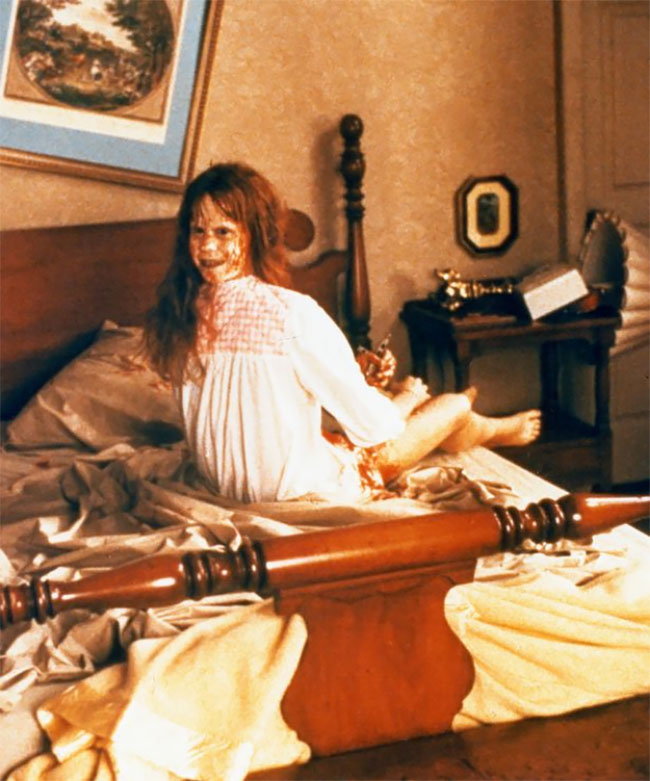 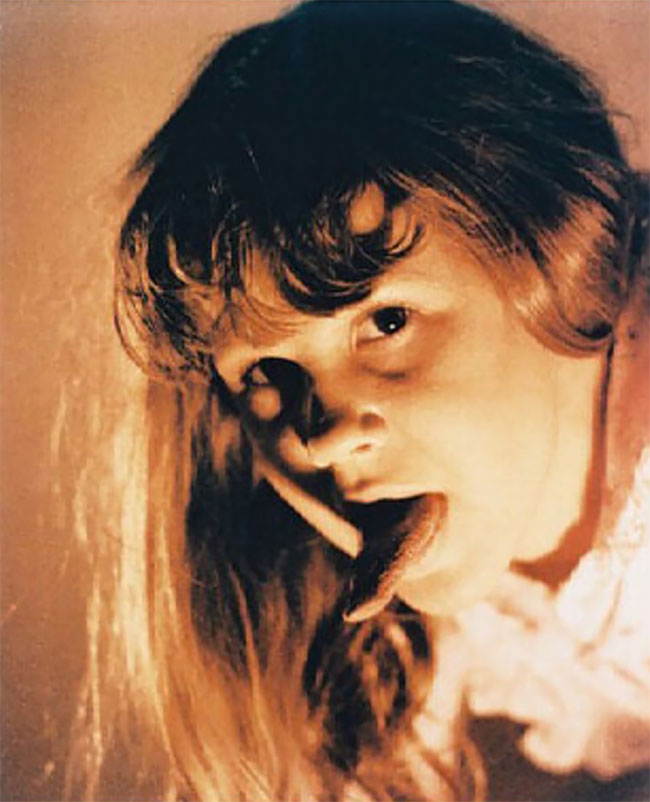 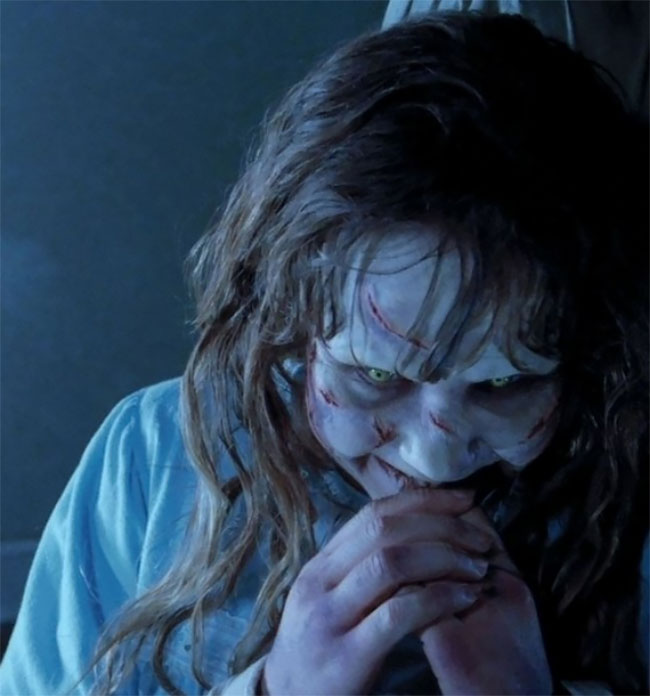 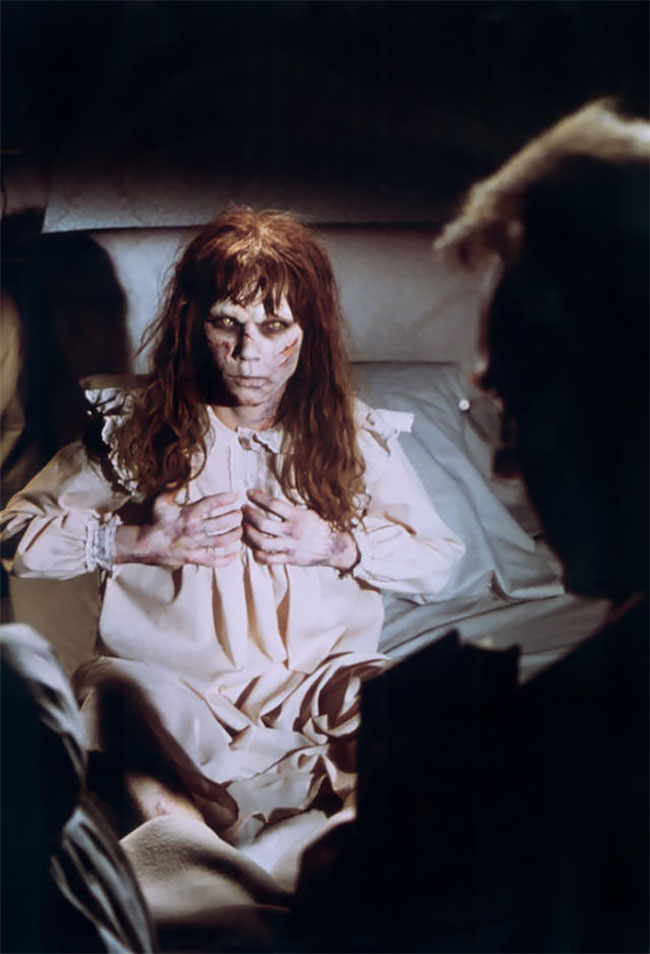 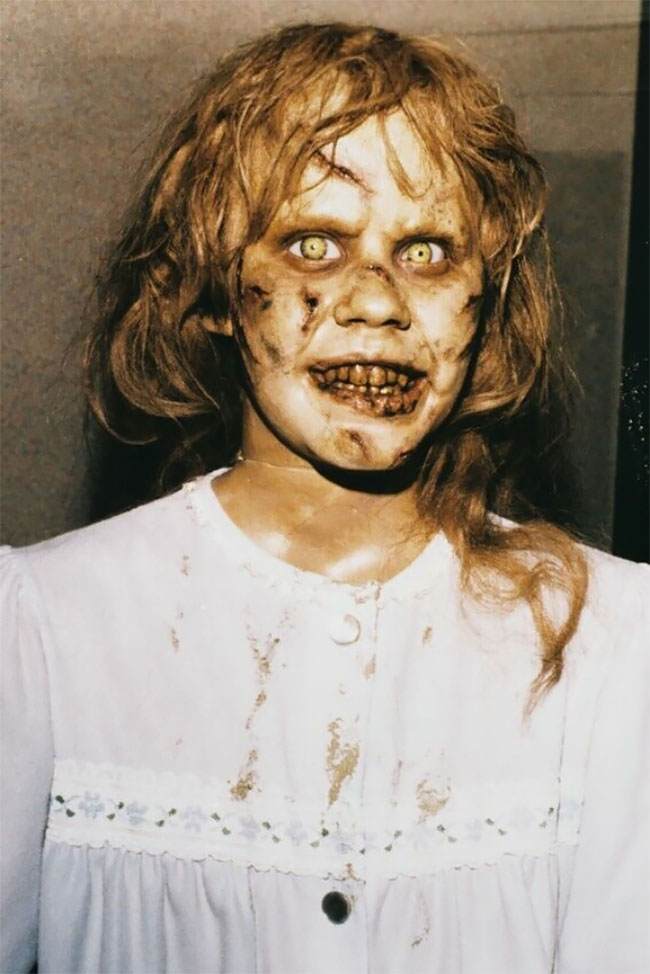 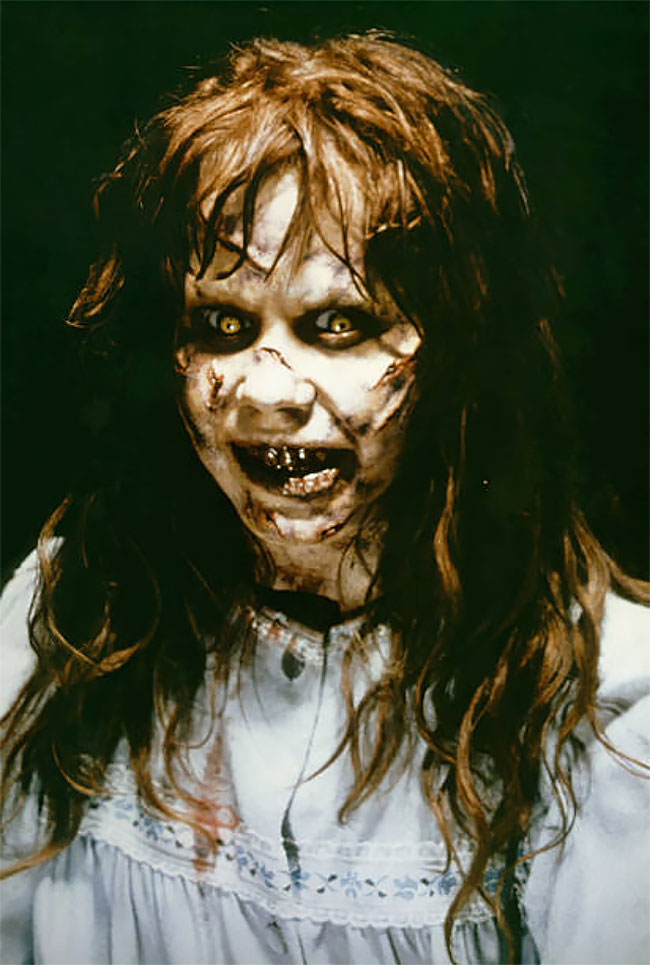 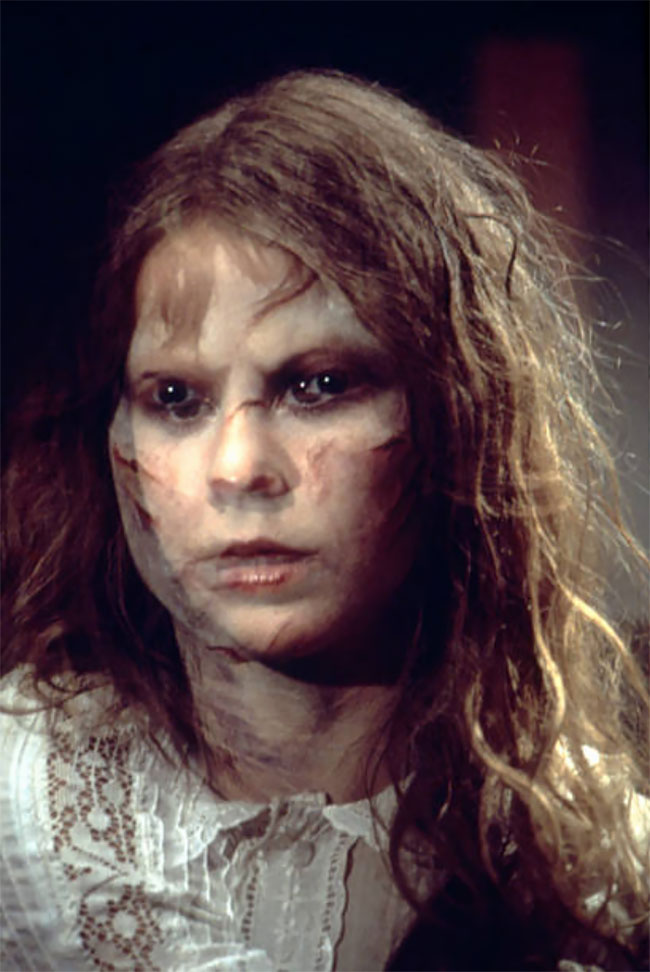 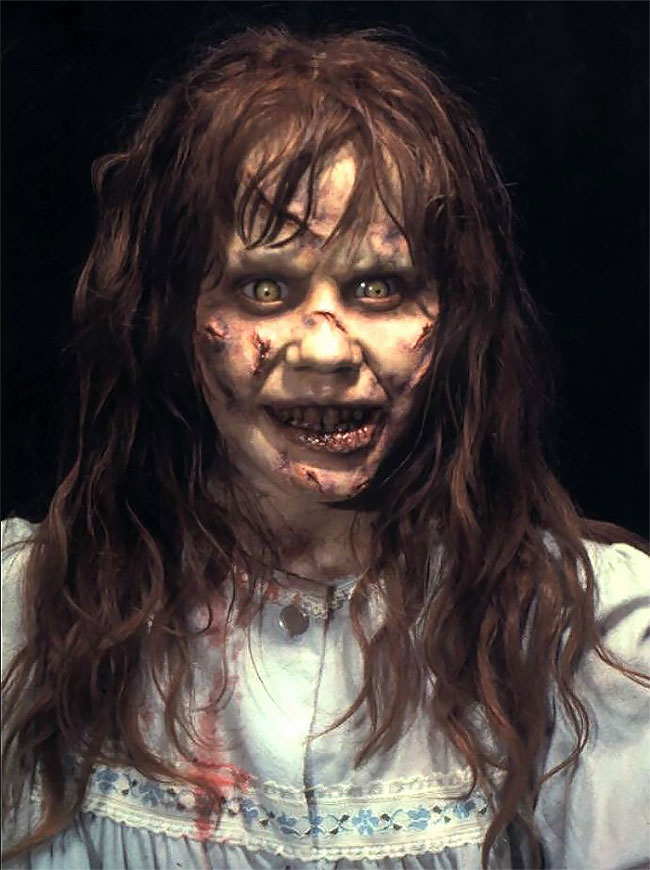 Vintage Yugoslavian Computer Magazine Cover Girls Of The 1980s-90s
Wonderful Black And White Photos Of Rome In The Post-WWII
A McDonald's in New Zealand Lets Diners Eat Inside a Decommissioned Airplane
This Book Is Dedicated To Arcade Game Typography, And Only 1000 Copies Available!
This Underground Shelter From The 1970s Was Just Listed For $18 Million
Spectacular Winning Photos Of The 2022 BigPicture Natural World Photography Contest
1970s: The Most Romantic And Bizarre Period For Men’s Hairstyles
Stunning Photographs of Ellen O’Neal, The Greatest Woman Freestyle Skateboarder in the 1970s
These Creepy And Disturbing Vintage Easter Bunny Photos That Will Make Your Skin Crawl
Portraits of Twiggy Taken by Ron Burton for the Mirror and Herald in 1966
This Elderly German Couple Steals The Show Every Time They Go Out
Fabulous Photographs From the “Bubble” Series by Melvin Sokolsky in 1963
Amazing Photos Of 1974 Lamborghini Bravo Concept, The Dream-Car That Never Made It Into Production
"Sunken Time": Soviet Russia, XX Century, 1962-1992, In Black & White Photographs By Mikhail Dashevsky
The World’s Youngest-Ever Lego Certified Professional Just Made this 50,000 piece Great Wave
Photographer Combines Movie Scenes With The Actual Places In A Single Frame
Chocolate Fashion Show in Brussels
Hobo Symbols From The Great Depression: The Secret Language Of America’s Itinerant Workers
Biodiversity Heritage Library Makes 150,000 Animal And Botanical Illustrations Available To Download For Free
"Debbie Harry And Me": Shooting The Blondie Singer in 1970s New York City
14 Immortal Black And White Film Scenes Tastefully Colored By Austrian Artist
Vintage Photographs of Women Flaunting the Inflatable Bras to Look Like Marilyn Monroe in 1952
Fragmented Ink Paintings On Arrays Of Vintage Books By Ekaterina Panikanova
Amazing Winning Photos Of Minimalist Photography Awards 2022
1970s, classic, Exorcist, horror, Linda Blair, movie, Regan MacNeil, retro, scary, vintage

Photo of the Day: Artificial Snow in Bangkok
"Impressions Of The Roaring Twenties": 40 Found Snaps That Show Lifestyle Of Young People In The 1920s
Cool Photos of Boston Girls of the 1970s
Terrifying Pictures Showing Bizarre Medical Treatments From the 1900s to 1960s
Famous Music Hits Turned Into Vintage Ad Posters
People Blend Themselves In With Vinyls
No One Knows Who Took These Superb Hand-Colored Albumen Prints Of Japan In The 1890s
Photo of the Day: Two Young Shepherds
Still Life in 1960s New York in Beautiful Memorabilia Photographs by Evelyn Hofer
Vintage Pictures of Snow King Chairlifts without Any Safety Bars that Look Very Unsafe, 1950-1970
2007 ‒ 2022 by Design You Trust. Proudly hosted by WebHostingBuzz.
Privacy Policy · Terms of Service · Content Removal Policy ❤️ 🇺🇦