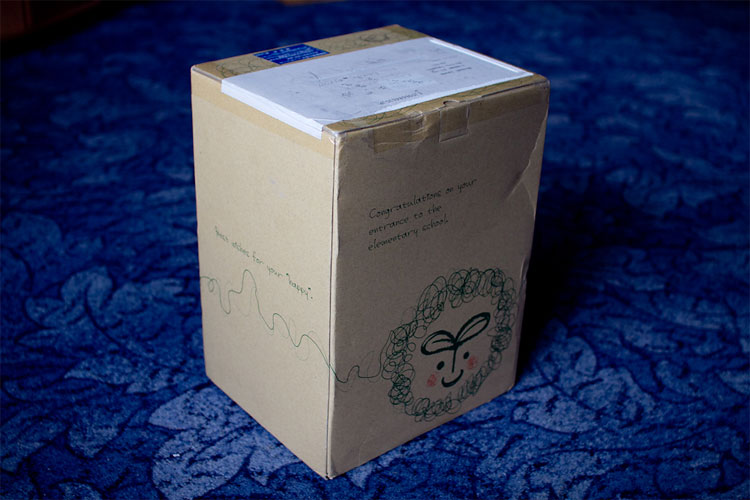 A randoseru is a firm-sided backpack made of stitched firm leather or leather-like synthetic material, most commonly used in Japan by elementary schoolchildren. It measures roughly 30 cm high by 23 cm wide by 18 cm deep, and features a softer grade of leather or material on those surfaces which touch the body. When empty, the average randoseru weighs approximately 1.2 kilograms (about 2½ pounds avoirdupois). The term randoseru is a borrowed word from the Dutch “ransel” meaning “backpack”, a clue to its origins nearly 200 years ago as used in the Netherlands. 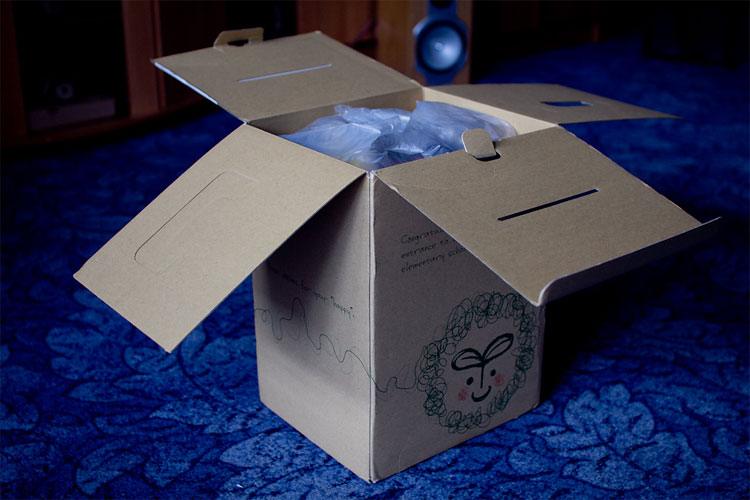 The randoseru is the most universal and recognizable feature of the Japanese school uniform, and is considered symbolic of the virtues necessary to obtain a good education—unity, discipline, hard work and dedication. Traditionally, the randoseru is red in colour for girls, black for boys. While in more conservative schools the colour (and often the brand and design) is mandated and enforced, the backpack is available in a variety of colours, partly as a compromise for parents to retain some tradition within modernized schools which no longer require the use of traditional uniforms or of the randoseru. Traditionally given to a child upon beginning his or her first year of school, the randoseru’s materials and workmanship are designed to allow the backpack to endure the child’s entire elementary education (six years). However, the care usually given to the randoseru throughout that time and afterwards can extend its life and preserve it in near-immaculate condition long after the child has reached adulthood, a testament to its utility as an accessory and the sentiment attached to it by many Japanese as symbolic of their relatively carefree childhood years. 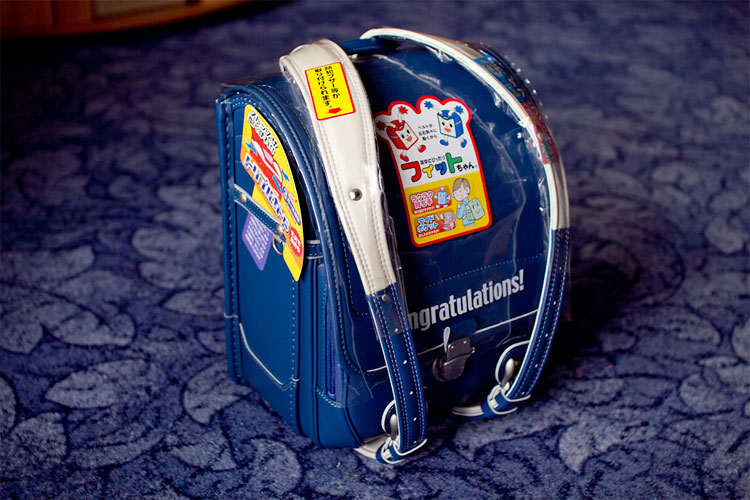 The randoseru’s durability and significance is reflected in its cost: a new randoseru made of genuine leather can carry a price tag of over 30,000 yen, almost 370 US dollars, at the July 2011 exchange rate. Clarino, a synthetic material frequently used as a substitute, reduces the cost somewhat. Often randoseru are available on auction sites, in new or used condition, at much lower prices, particularly after the start of the Japanese school year in April. 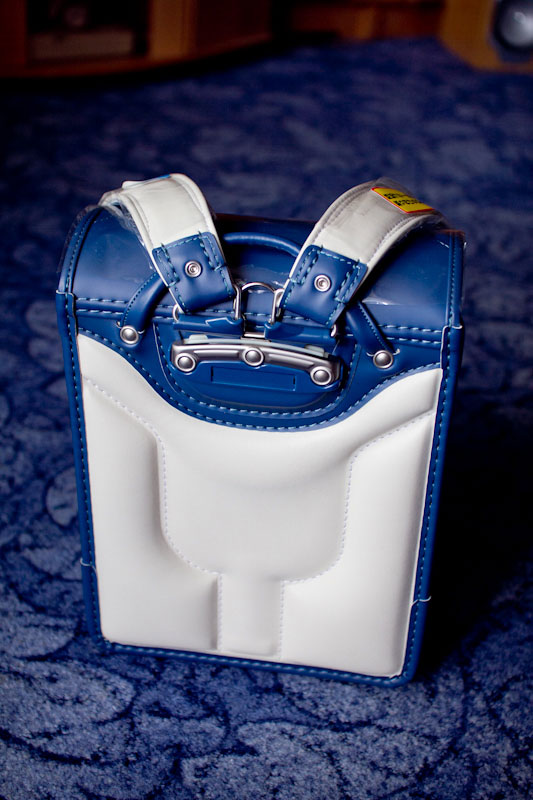 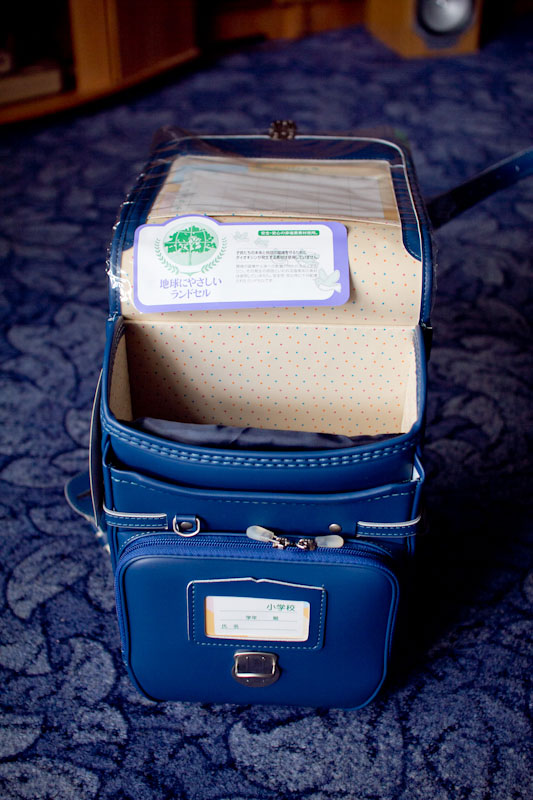 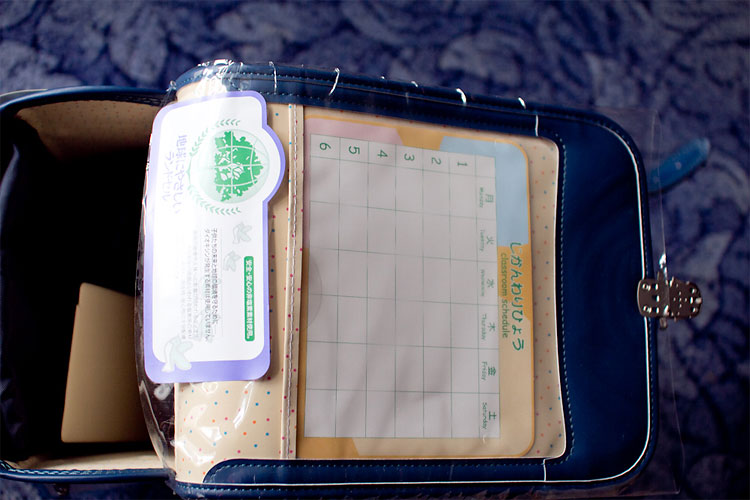 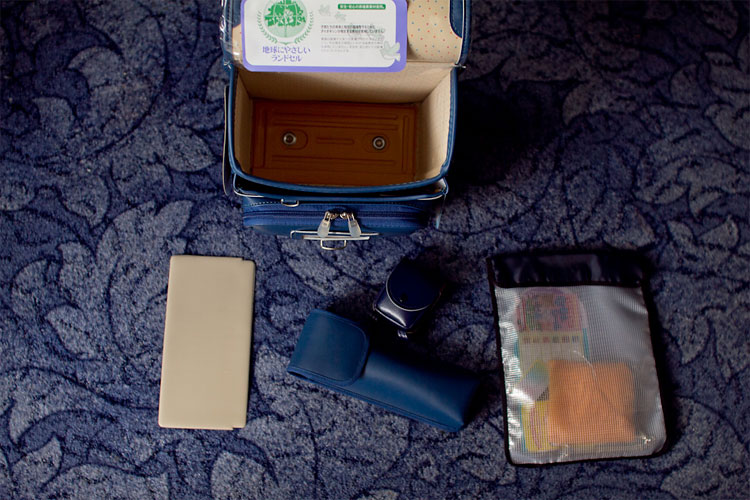 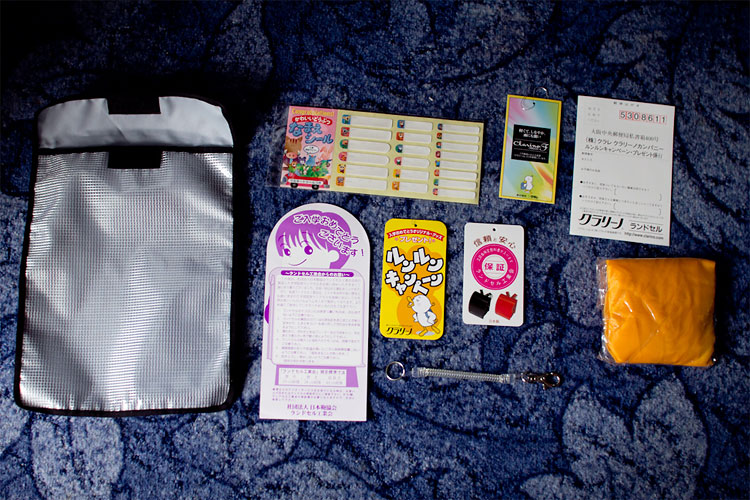 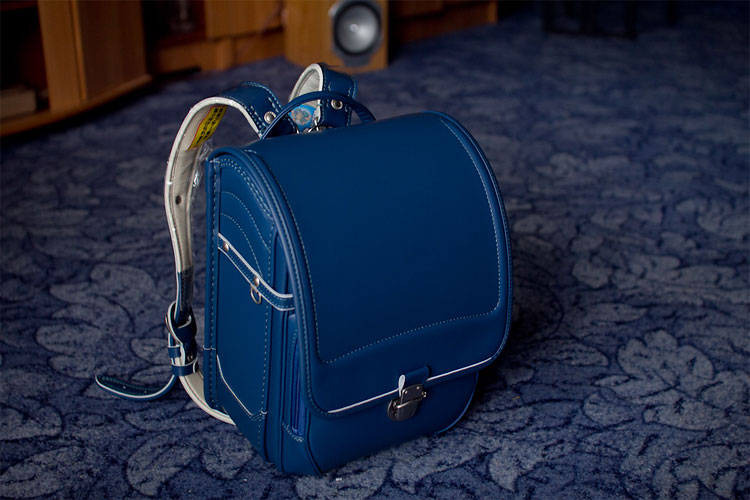