Photo of the Day: Deepwater Dweller 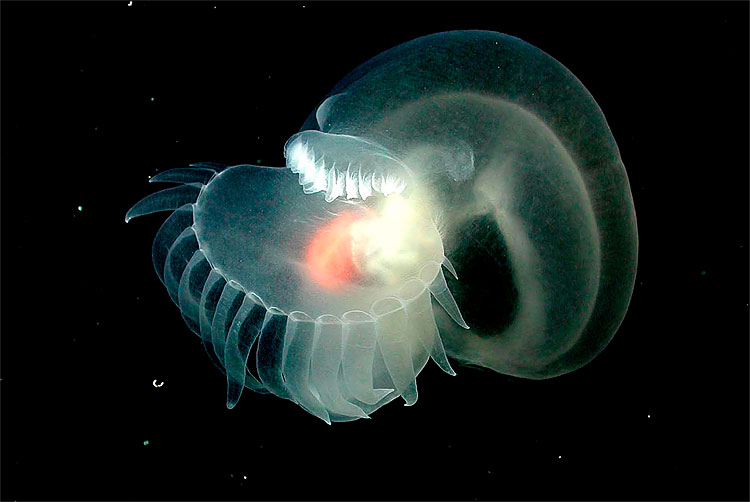 The National Oceanic and Atmospheric Administration (NOAA) released this photo, taken in 2002 about one mile deep near a huge underwater volcano near Monterey Bay, which shows this strange marine animal, thought to be a new species that has yet to be described or named. It is a type of mollusk, called ‘nudibranch’, that sheds its shell early in life. Scientists think there are millions of species, like this one, that have yet to be named or even discovered. (NOAA)

Photo vs Art: Russian Artist Turns Celebrities Into Adorable Cartoon Characters
Photo of the Day: Be Safe, Be Seen!
A 18 Years Old Girl From Slovakia Creates These Beautiful Photos
Photo of the Day: Frozen Bikes
Photo of the Day: Superman
"If We Are Gonna Perform Inception Then We Need Imagination": Surreal Photo Manipulations By Sergey Dryutskiy
Photo of the Day: Ice Age
2014 National Geographic Photo Contest, Week 6
Woman Posed For An Epic Divorce Photo Shoot To Let Go Of The Past And Start Fresh
Photo of the Day: Emotions
2007 ‒ 2023 by Design You Trust. Proudly hosted by WebHostingBuzz.
Privacy Policy · Terms of Service · Content Removal Policy ❤️ 🇺🇦