The National Audubon Society is an American non-profit environmental organisation dedicated to conservation. It protects birds and their habitats throughout the Americas using science, advocacy, education and on-the-ground conservation. Every year, Audubon promotes a bird photography contest, with cash prizes up to $5,000 and a bird photography camp for young winners. 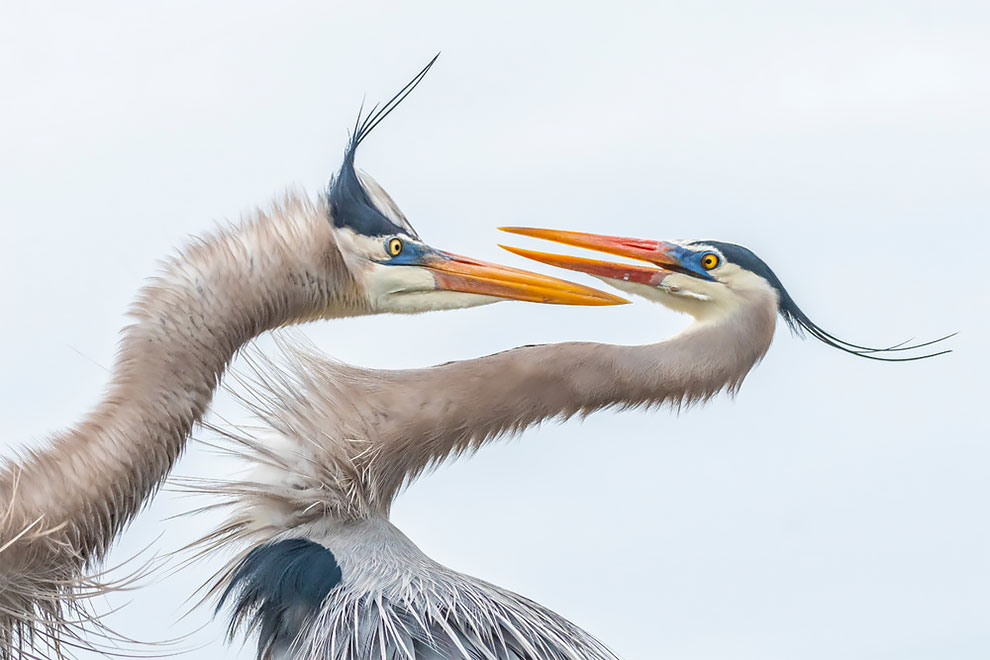 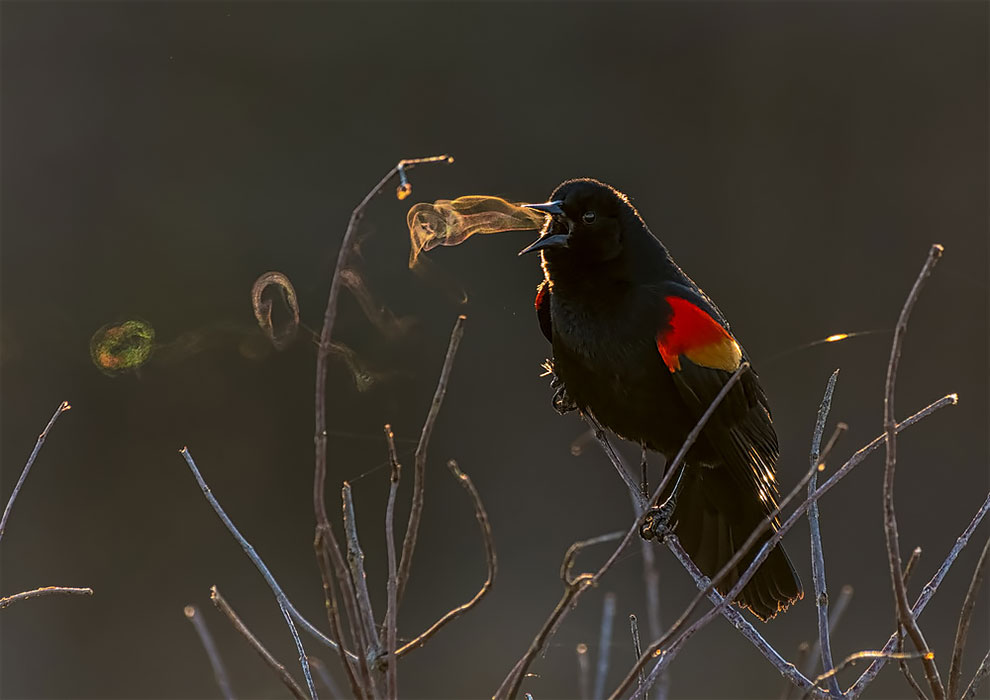 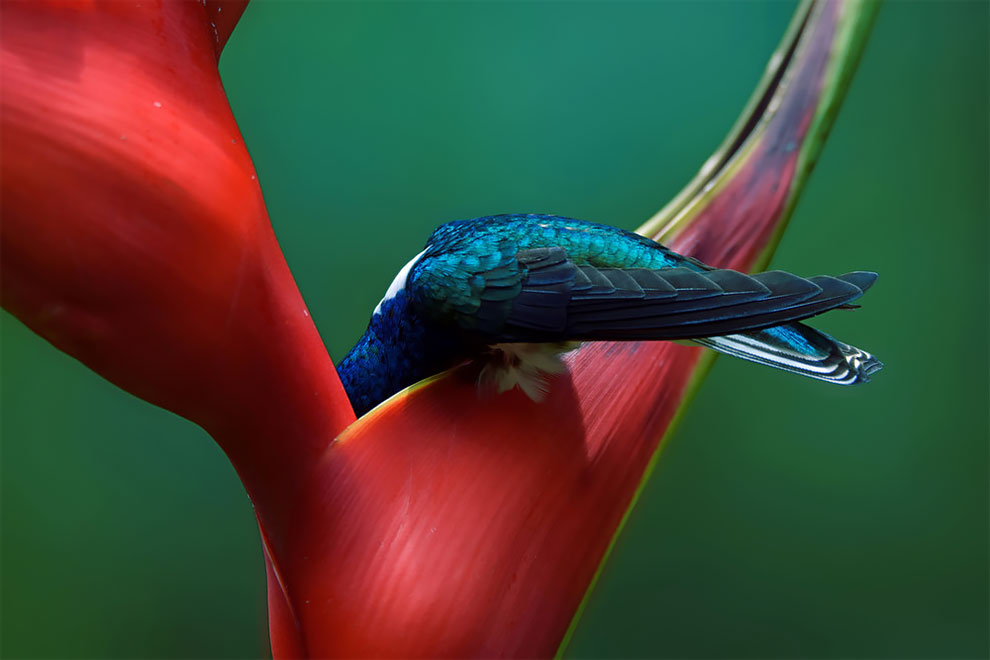 Mariam Kamal, amateur winner. Dave & Dave’s nature park in Sarapiqui, Costa Rica. Of the 350-plus species of hummingbirds, most have small geographic ranges. Bucking the trend is the white-necked jacobin, common from southern Mexico to southern Brazil. It succeeds by being adaptable, occupying a wide variety of tropical forest and edge habitats. (Photo by Mariam Kamal/Audubon Photography Awards) 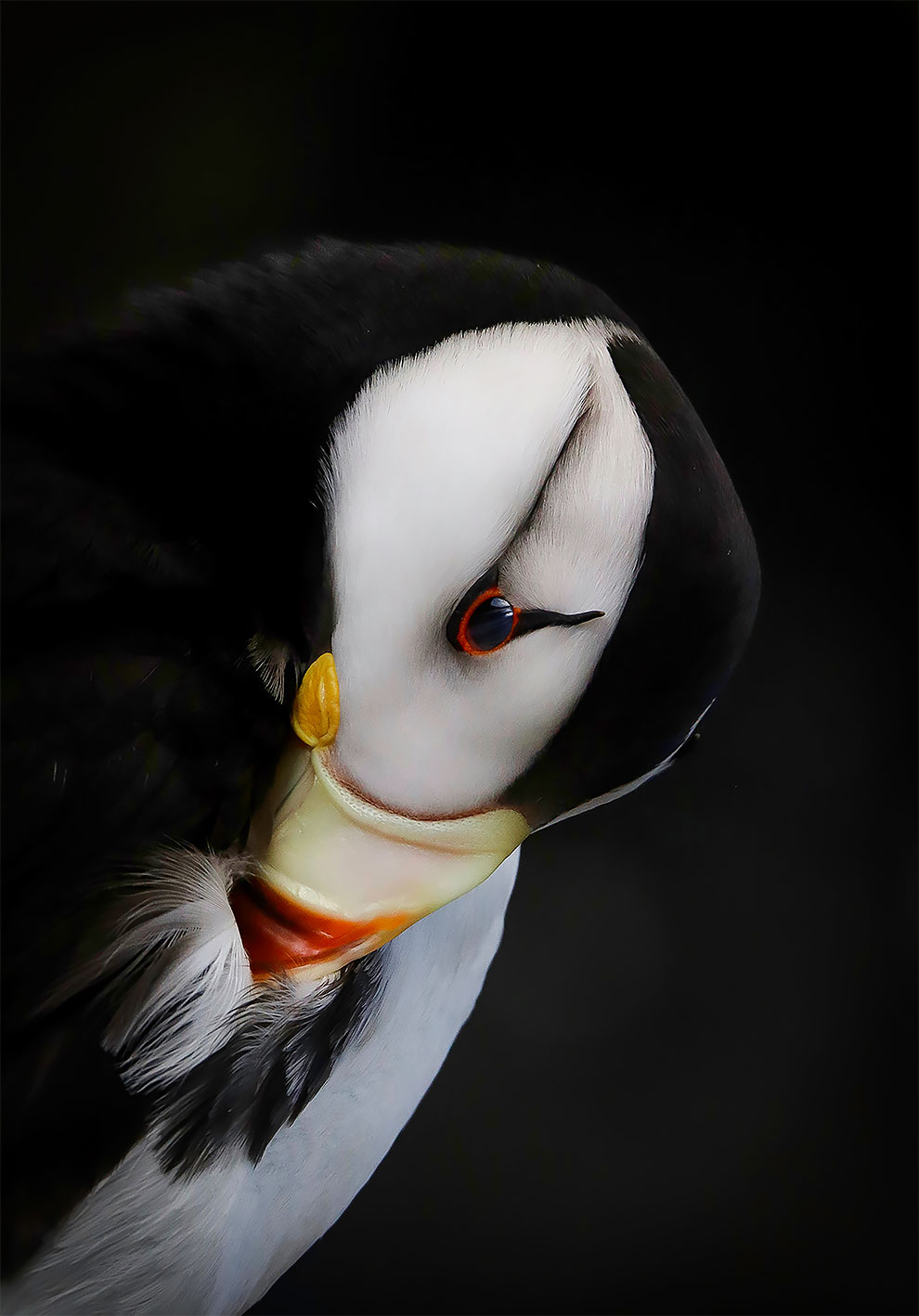 Sebastian Velasquez, youth winner. Seward, Alaska, US. Unlike the Atlantic and tufted puffins, which dig tunnels in soil for their nests, the horned puffin usually lays its single egg deep in a crevice among rocks. Such nest sites are harder to access for study, and the habits of this north Pacific species are not as well known as those of its relatives. (Photo by Sebastian Velasquez/Audubon Photography Awards) 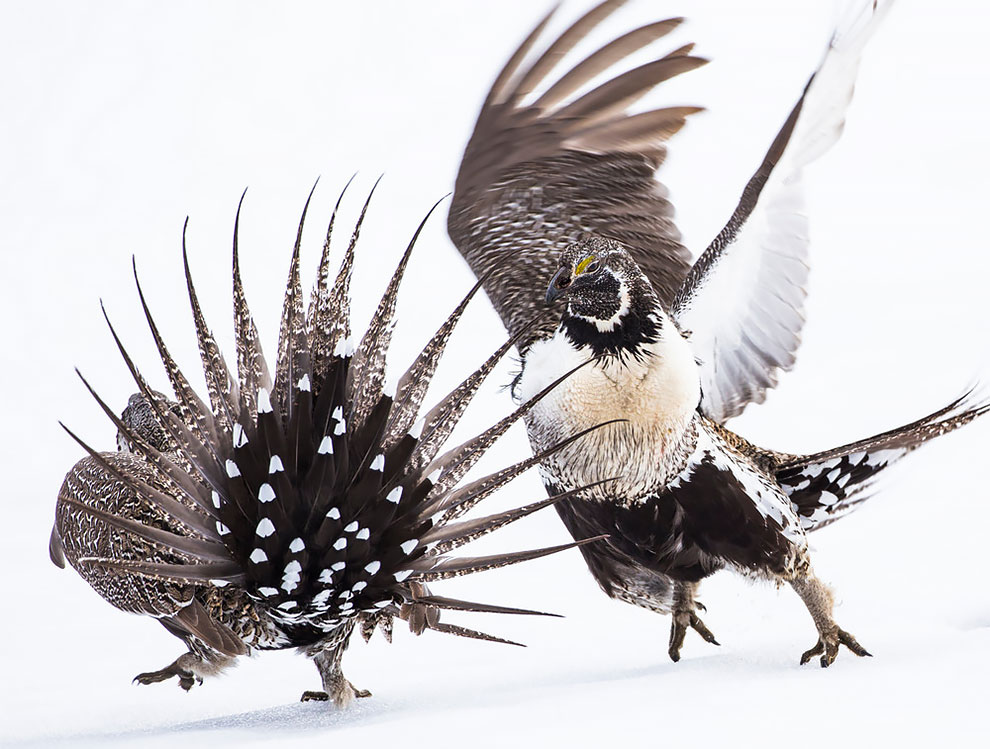 Elizabeth Boehm, professional winner. Pinedale, Wyoming, US. On a greater sage-grouse dancing ground, or lek, the stakes are high. Many males may display there, but most females that visit will mate with one of the few dominant males at the centre of the lek. As a result, genes passed on to the next generation will tend to be those of the strongest males. (Photo by Elizabeth Boehm/Audubon Photography Awards) 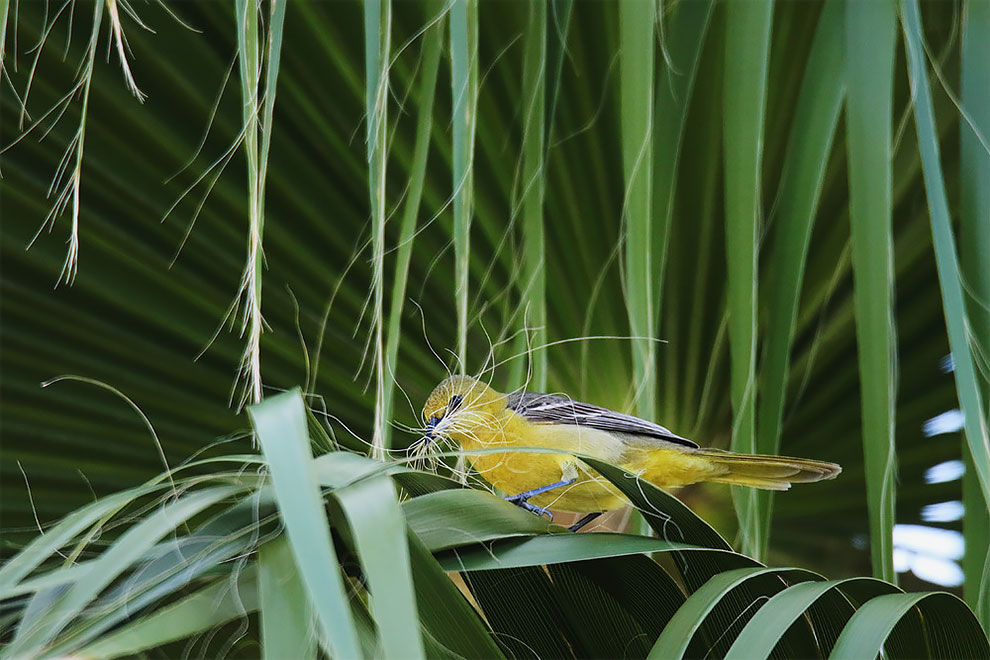 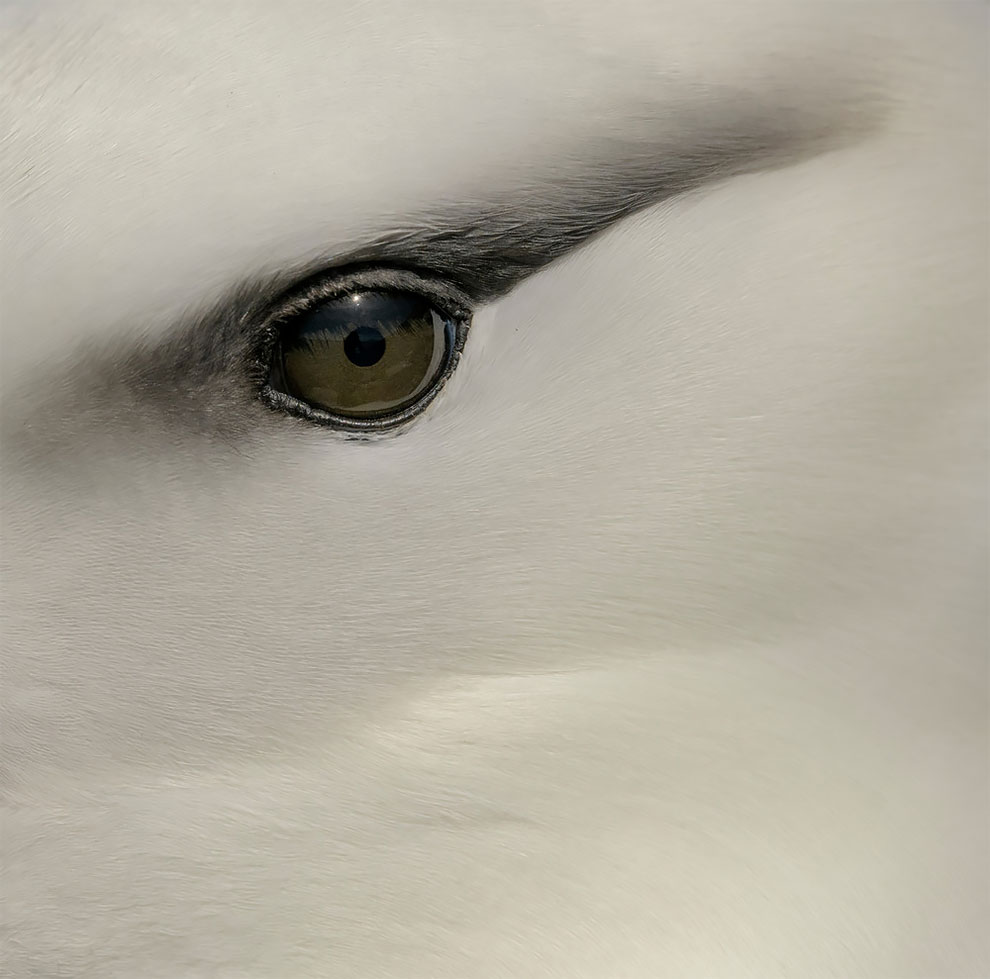 Ly Dang, Fisher prize winner. Saunders Island, Falkland Islands. Spending most of their lives at sea in southern oceans, black-browed albatrosses are masters of the air, soaring and gliding effortlessly on incredibly long wings. On the Falkland Islands they share nesting colonies with penguins – the opposite of albatrosses in flying ability, but birds also supremely adapted to a life at sea. (Photo by Ly Dang/Audubon Photography Awards) 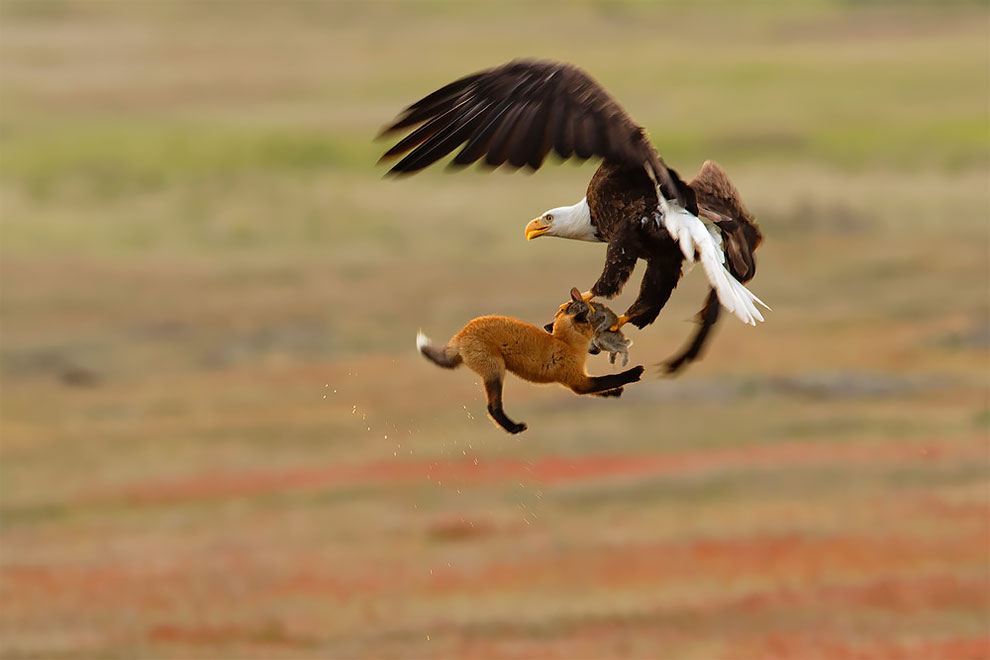 Kevin Ebi, professional honourable mention. San Juan Island national historical park, in Friday Harbor, Washington, US. Bald eagles eat pretty much anything they want to. Their penchant for dining on carrion may seem less than regal, but they are also powerful predators. They capture a wide variety of fish, mammals, and birds, and do not hesitate to steal others’ prey. (Photo by Kevin Ebi/Audubon Photography Awards) 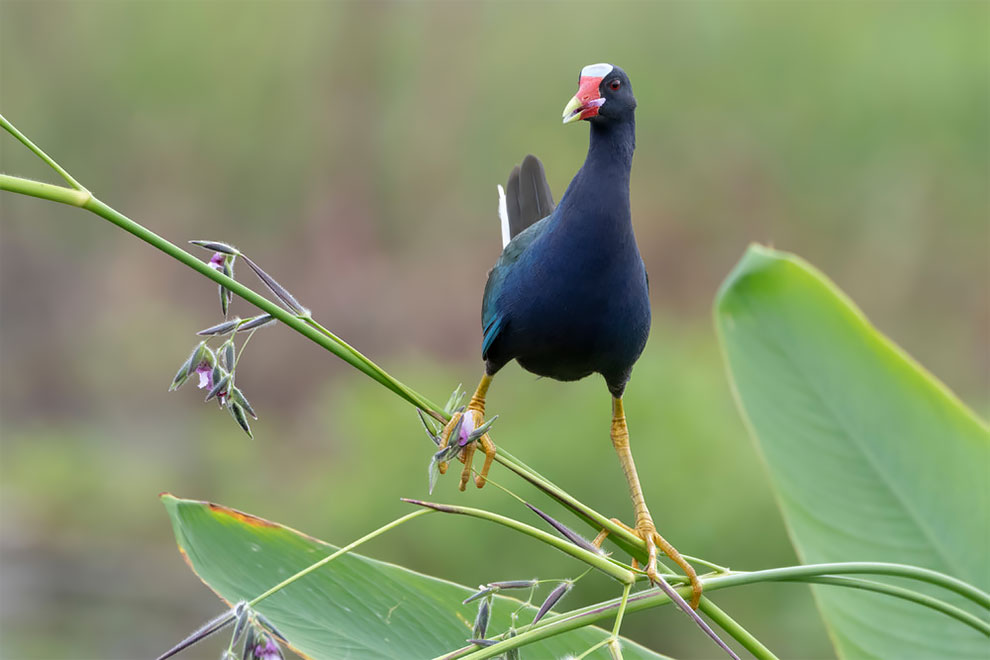 Joseph Przybyla, Plants for Birds honourable mention. Circle B Bar Reserve, Lakeland, Florida, US. The purple gallinule seems to combine the best traits of its rail relatives. Like true rails, it slips through dense marshes; like the coots, it swims and dives expertly on open water. When food beckons, it uses its garish yellow feet to clamber higher, even into trees. (Photo by Joseph Przybyla/Audubon Photography Awards) 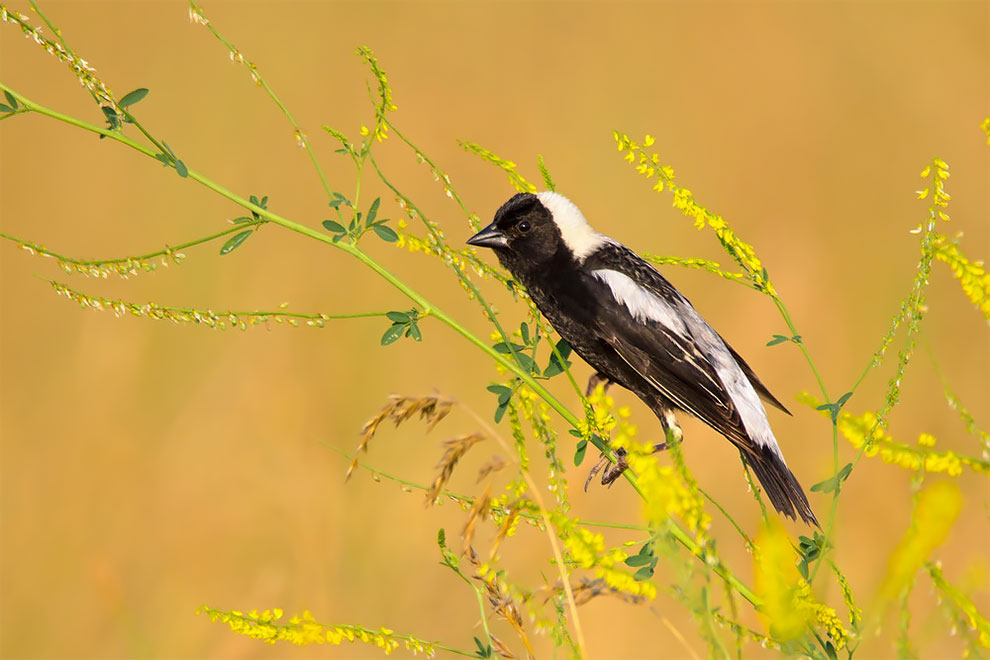 Garrett Sheets, youth honourable mention. Dunn Ranch Prairie, Lincoln Township, Missouri, US. Most songbirds nesting in grasslands of the US and Canada are short-distance migrants at most. The bobolink is a striking exception, leaving north America entirely in autumn and spending mid-­winter south of the equator in south America. Bobolinks moult before migrating, the male trading his snappy summer plumage for subtle buff-brown tones. (Photo by Garrett Sheets/Audubon Photography Awards)

The Empty Stools of Rural Village Life in China
2016 Siena International Photography Awards Winners
Photo of the Day: I Love Steve
Images Of Europe's Most Spooky Abandoned Hospitals Show Just How Frightening These Once Sparkling Medical Facilities Can Be
Not Only People Respect Social Distancing Rules – Animals Are Also Following The Recommendation Of WHO In Order To Stop Spreading The Coronavirus Pandemic
Bizarre Cameras Used Before GoPros Existed – This Is How People Filmed Their Stuff
Photo of the Day: Storm Trooper
Early 1900s Portrait Studio Used Cuddly Cat As Adorable Prop
Photo of the Day: Runaway Planes
Photo of the Day: White Winter Day
An Innovative Photographer Attached A Camera To A Remote-Controlled Car, Allowing Him To Capture Wild Animals
Photographer Captures Couples Who Switch Outfits, and the Results Are Hilarious
Photo of the Day: Frozen Air Bubbles
Photo of the Day: Look, Mom, I'm Rolling!
Dressed In Love: A Photo Project Showing That Marriage Does Not Destroy Individuality, But Reinforces It
Thousands Of Twins Descend Upon Ohio For The 40th Annual Twins Days Festival
Stunning Portraits of Wild Animals by Brad Wilson
Street Memories: Surreal Digital Collages By Nacho Ormaechea
25 Beautiful Winning Photographs Of The Northern Lights Contest By “Capture The Atlas”
Faces Of M’era Luna, The World's Biggest Goth And Steampunk Festival
This Photographer Uses Drones To Capture Mountain Halos, And The Result Is Out Of This World
Guardian Readers' Travel Photography Competition 2018: October Winners
Cool Photos Defined Fashion Styles of Young Women in the 1970s
Daredevil Photographer Anna Arinova Captured The Awe-Inspiring Underground Labyrinths Across The Europe
animals, audubon, contest, photo, winners