Amazing Places on Earth Most People will Never See 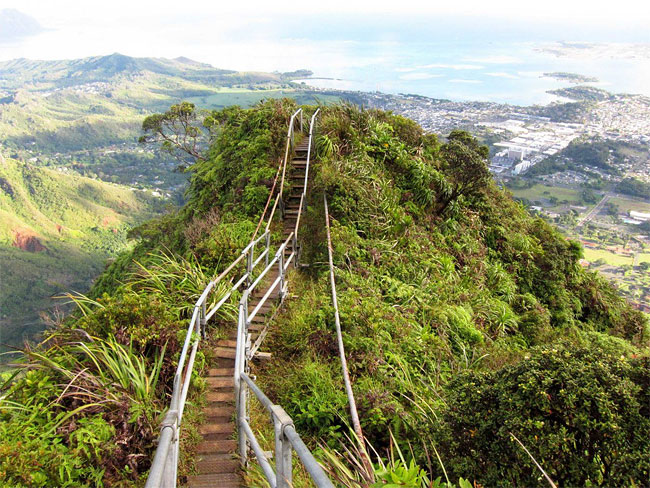 Hike the Haiku Stairs in Oahu, Hawaii — also known as “The Stairway to Heaven” — a steep trail with a wooden ladder spiked into the side of a cliff. Technically it’s not open for public use, but people still climb it, and rave about the views from the top. 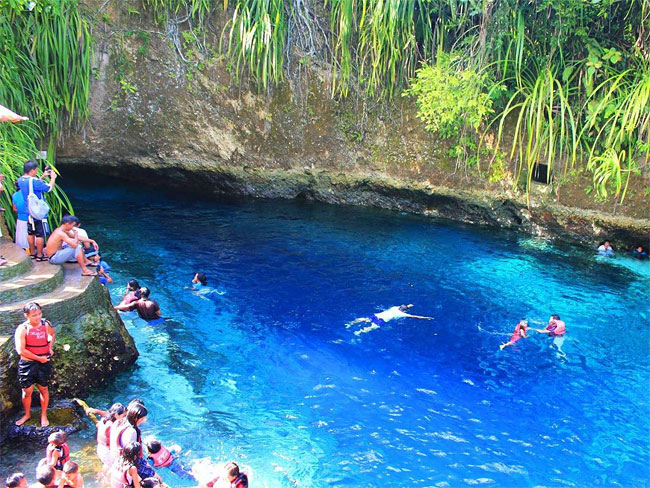 Dive into the clear blue water of the Hinatuan River on the Philippine island of Mindanao. The saltwater river is nicknamed the “Enchanted River” because it appears to run from the middle of nowhere, and is ideal for snorkelers and divers. 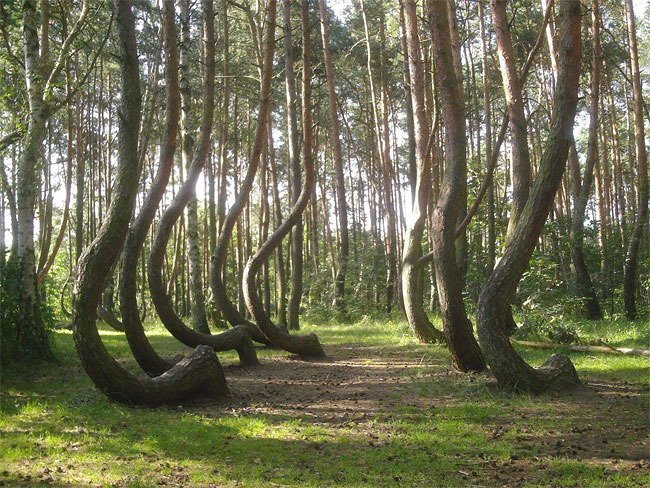 Explore the mysterious “crooked forest” of Western Poland, with 400 pine trees all growing with a 90-degree bend at the base. The reason behind the curved trees remains unknown to this day. 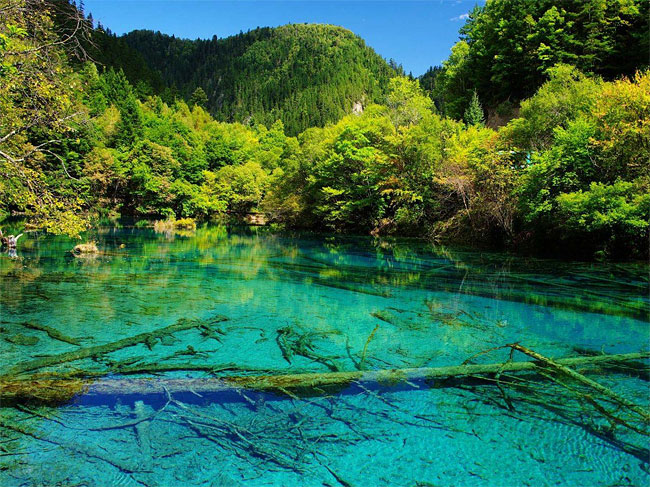 Clamber through Jiuzhaigou Valley, a remote region of northern Sichuan, China that stretches over 180,000 acres. It’s best known for its Tibetan villages and multi-level waterfalls with colorful lakes that let you see perfectly to the bottom. 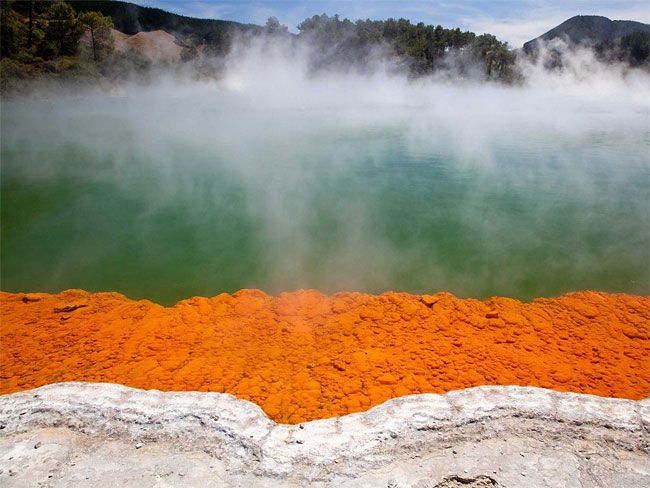 Soak your feet in the hot springs of Rotorua, a New Zealand city known for its geysers, thermal springs, and bubbling mud pools. It’s nicknamed the “Sulphur City,” and visitors can also partake in water sports in the region’s 17 lakes. 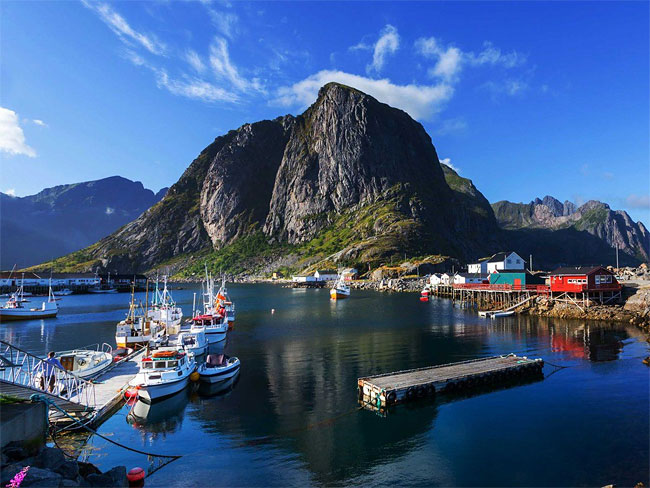 Visit the world’s largest deepwater coral reef in the Lofoten Islands, an archipelago off the coast of Norway that lies within the Arctic circle. It’s home to wildlife like otters, moose, puffins, and more. 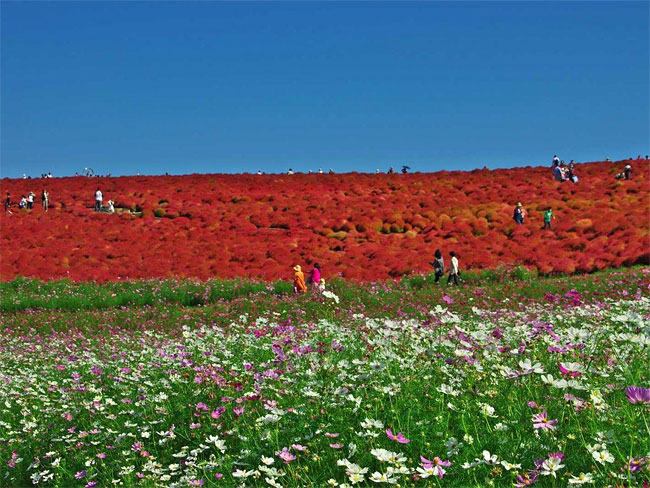 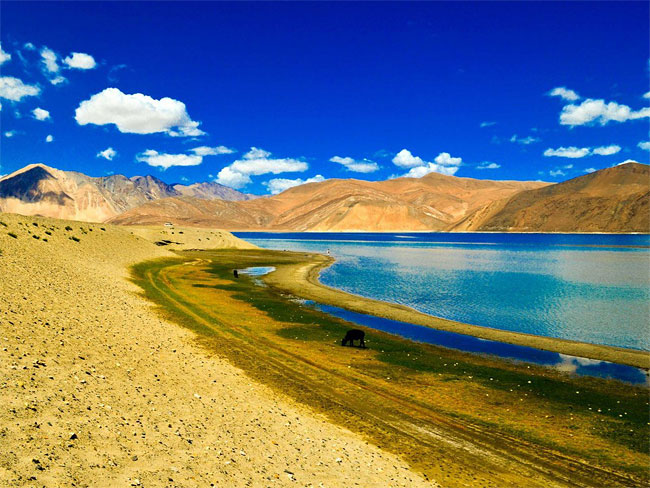 Travel to Pangong Tso Lake, a narrow saline lake in the Himalayas between India and Tibet. The bright blue water, contrasted by the mountains, is absolutely breathtaking. 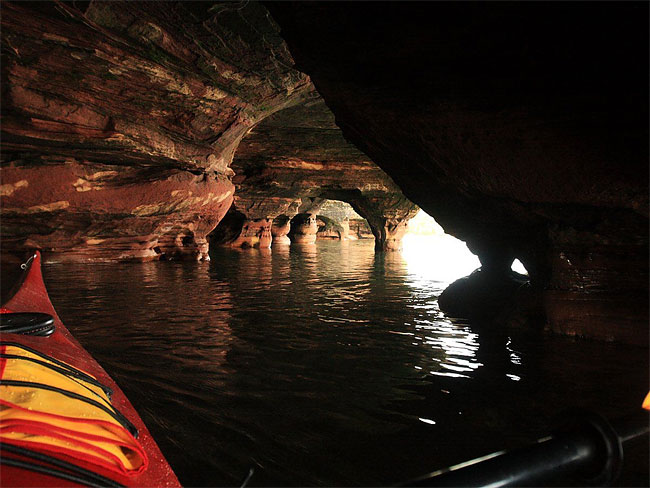 Kayak through the Apostle Islands, off the Wisconsin shore of Lake Superior. The group of 22 islands is riddled with caves, and during the winter visitors can see frozen waterfalls and icicle-filled chambers. 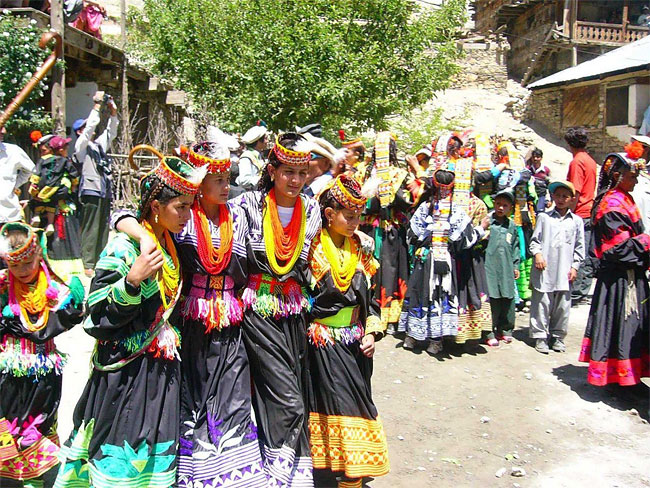 Partake in a festival with the Kalash, an indigenous people who live in Pakistan’s Rumbur Valley. They live without electricity, phones, and newspapers, and are known for throwing harvest celebrations that draw foreign and domestic tourists alike. 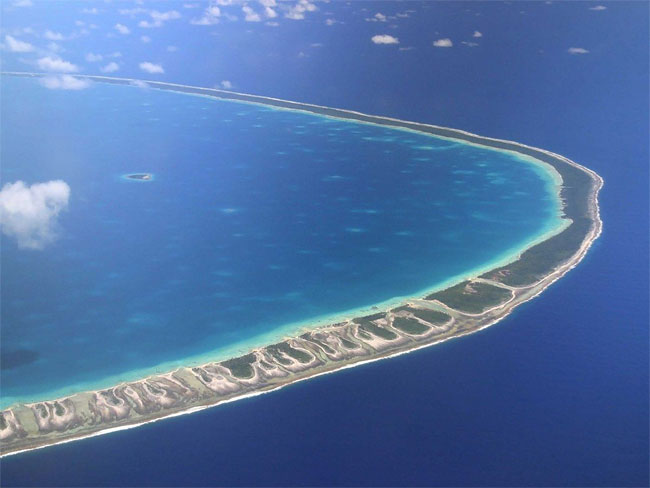 See the sea life in Rangiroa, a ring-shaped atoll in French Polynesia that is known for oysters that produce black pearls. It also has some of the world’s best scuba diving, and visitors can see dolphins, manta rays, green sea turtles, and hammerhead sharks. 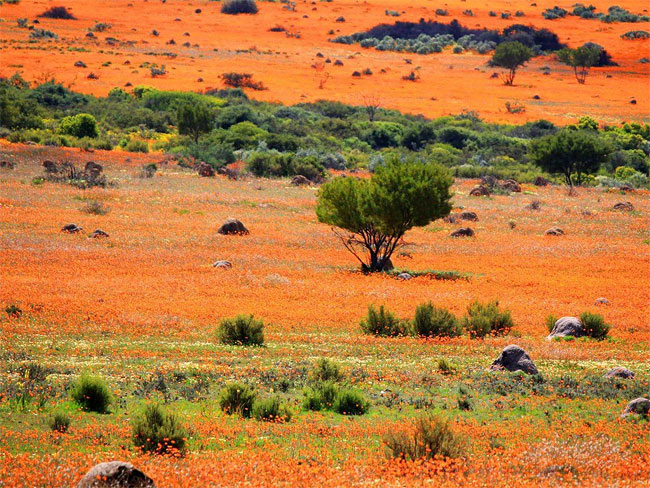 Journey to Namaqualand, an arid region in Namibia and South Africa that stretches over some 600 miles. Every spring, the barren area suddenly fills with orange and white daisies, creating one of the most surreal landscapes in the world. 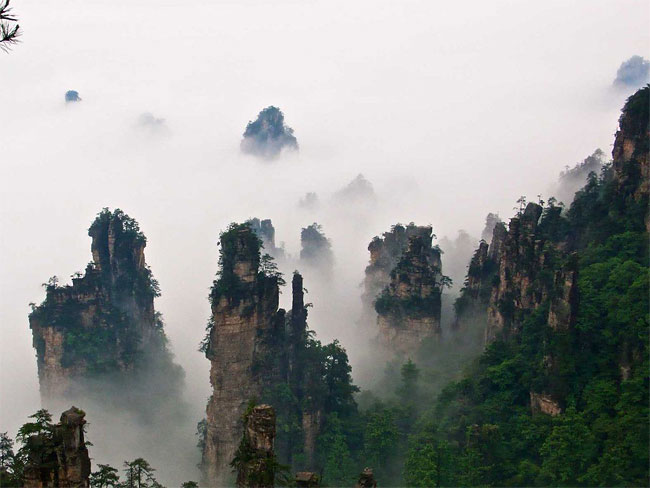 Escape to the Tianzi Mountain Nature Reserve in Wulingyuan, China, which consists of “stone towers” surrounded by thick clouds. It is one of the country’s most scenic spots, and is almost never overrun with tourists. 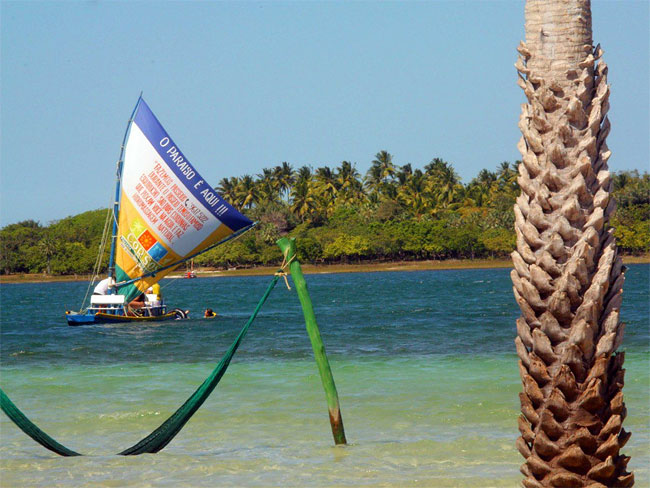 Discover hidden Jericoacoara Beach in Brazil’s northeastern state of Ceará. It’s considered to be one of the world’s most beautiful beaches, isolated by sand dunes. It has gorgeous blue lagoons, white sand, and calm waters. 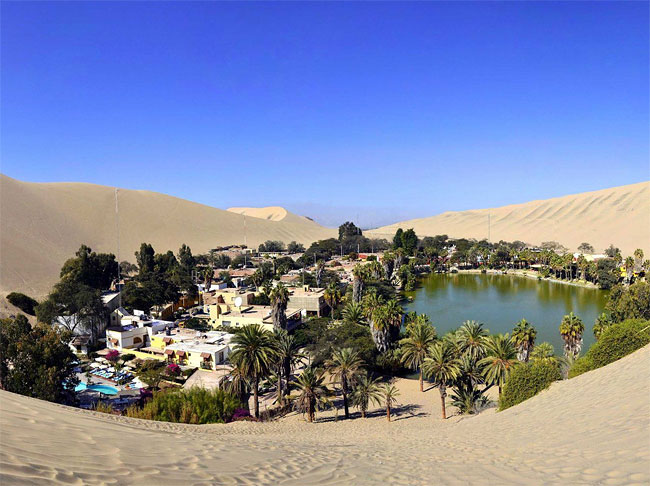 Take a dune buggy ride in Huacachina, a literal oasis in the Peruvian desert. The resort town was built around a small, natural lake in the Southwestern Ica Region, and is popular for tourists who want to try “sandboarding” on the massive dunes surrounding the lake. 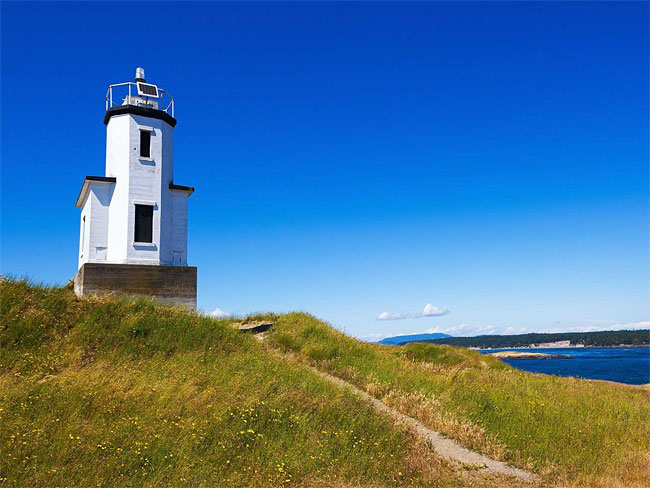 Hop a ferry to the San Juan Islands off the coast of Washington state. The gorgeous islands are great for activities like sea kayaking and whale watching. 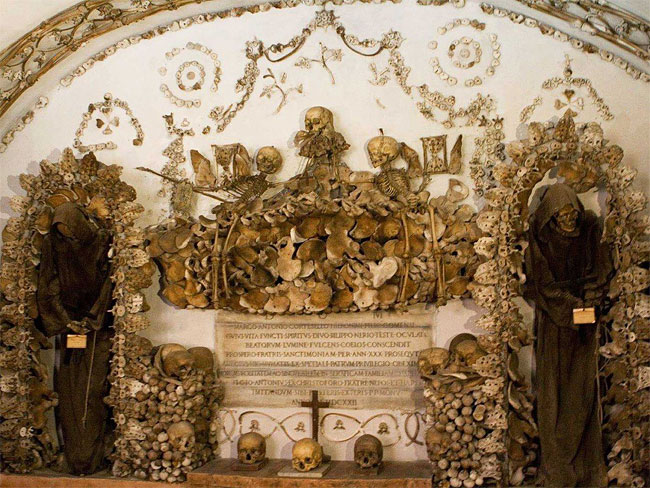 Head under a Roman church to the Capuchin Crypt, perhaps the creepiest attraction in all of Italy. Located beneath a 400-year-old church, it contains the skeletal remains of 3,700 bodies with bones nailed into the walls in intricate patterns. 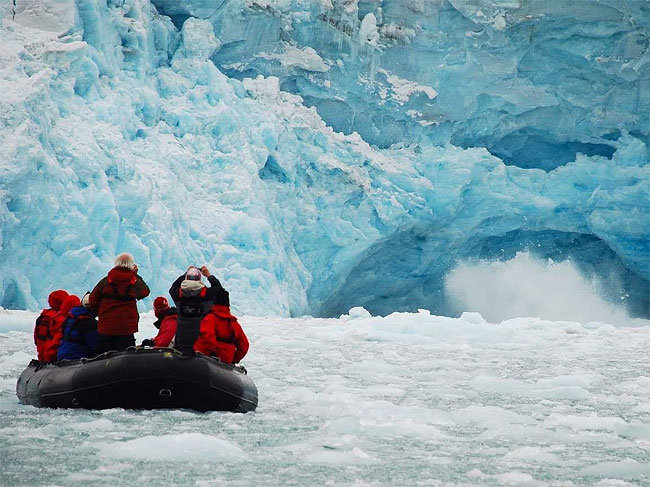 Marvel at the glaciers of Svalbard, an archipelago between Norway and the North Pole. Its whaling and fishing villages have become major tourist destinations for foreigners to see polar bears, reindeer, and marine mammals. 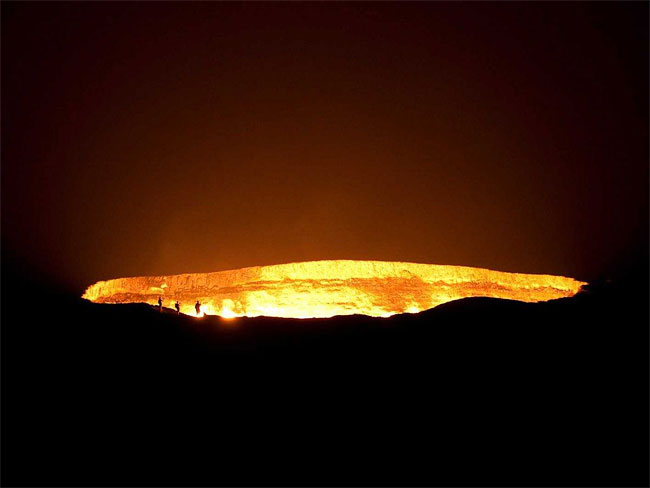 Peer into “the door to hell,” a burning crater in Derweze, Turkmenistan that Soviet geologists accidentally created when drilling for natural gas in 1971. They expected the fire to last for only a few days, but it burns on four decades later. 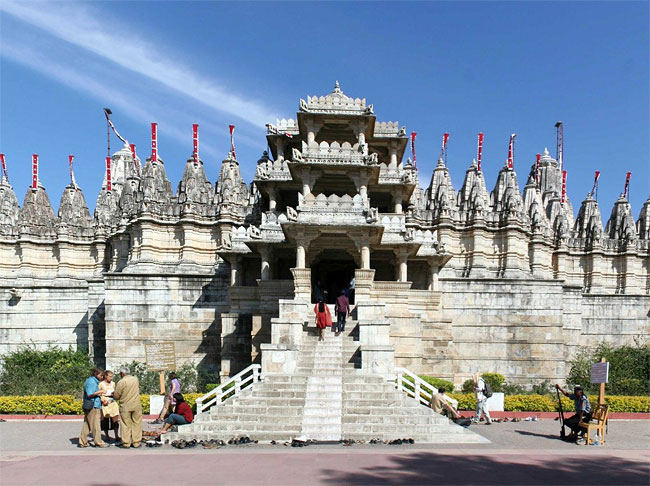 Behold the marble Jain temple of Ranakpur, India, said to be one of the most spectacular temples of its kind. It contains more than 1,440 marble pillars, and no two are the same. 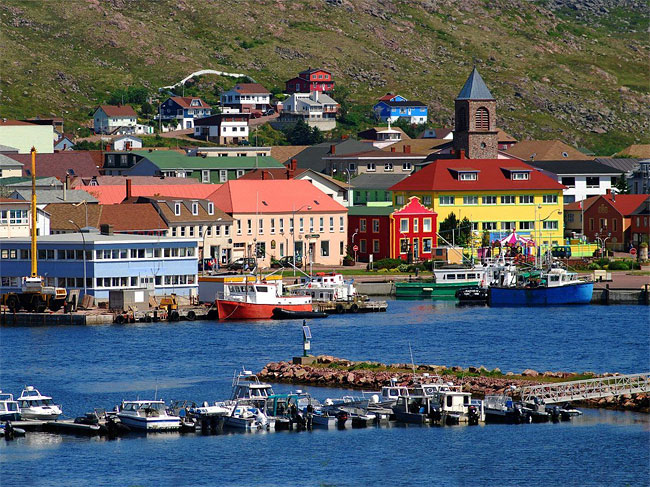 Fly to Saint Pierre et Miquelon, an island off the coast of Canada that is the last vestige of French control in North America. The colorful islands’ inhabitants all speak French, and its towns are a wonderful mash-up of French and Canadian culture. 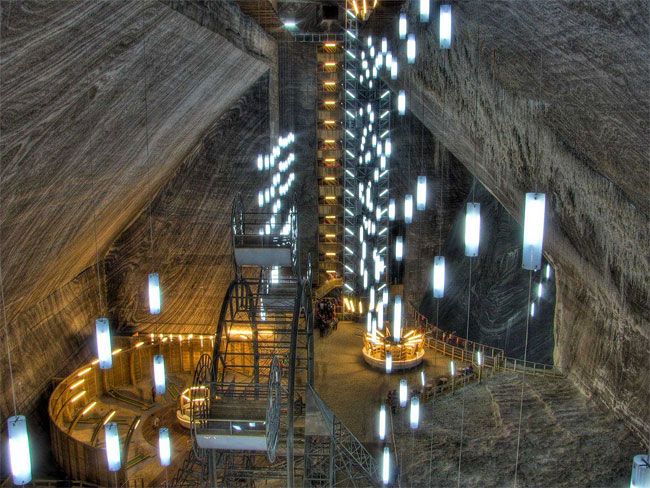 Enter Salina Turda, a salt mine in Transylvania, Romania that has been a popular tourist attraction since the ’90s. Dating back to the 17th century, the mine now even has a carousel ride and amphitheater deep in the cavern. 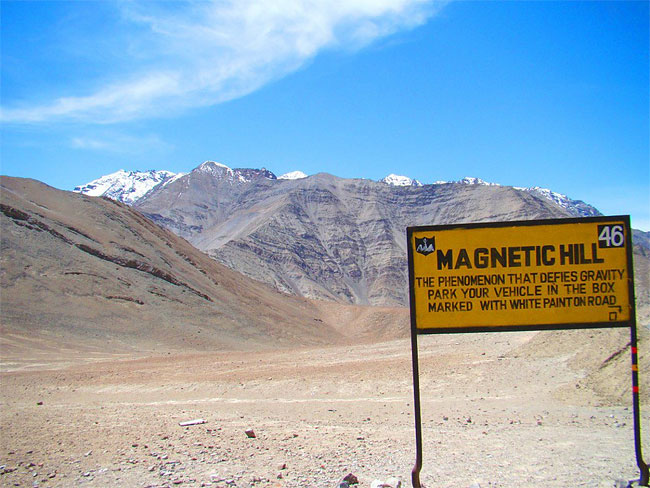 Test gravity at Magnetic Hill in the Canadian province of New Brunswick. Locals say if you stop your car at the hill and put it in neutral, it will move uphill by itself. It’s really just an optical illusion, but it’s still a fun place to take a video and show your gullible friends. 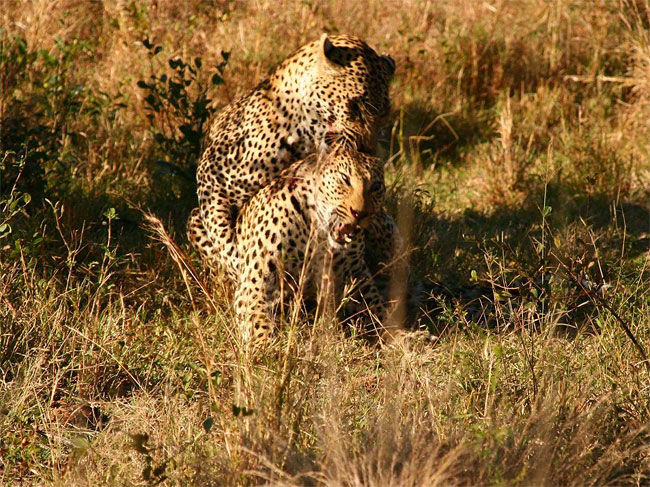 Get close to the wildlife at the Selous Game Reserve in southern Tanzania. At 21,000 square miles, it is the second largest game reserve in Africa, and nearly twice the size of Denmark. It’s also largely unexplored, with only 20% of the park open to tourists. 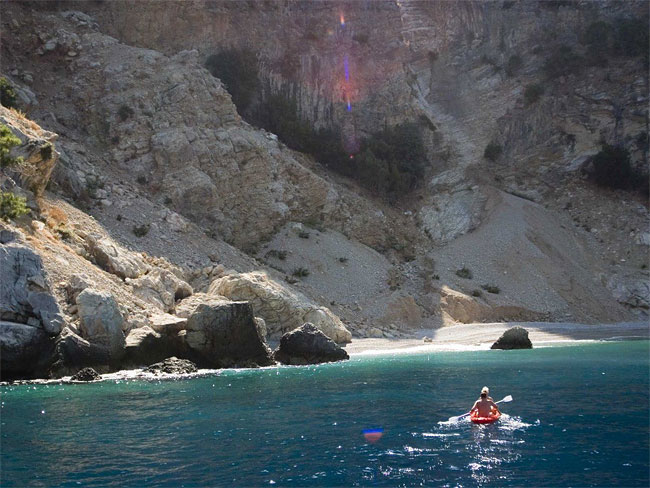 Relax on the shores of Ölüdeniz — literally “Dead Sea” — one of the most photographed beaches in the Mediterranean. The small village in Turkey that surrounds it is known for paragliding, hiking, and kayaking.