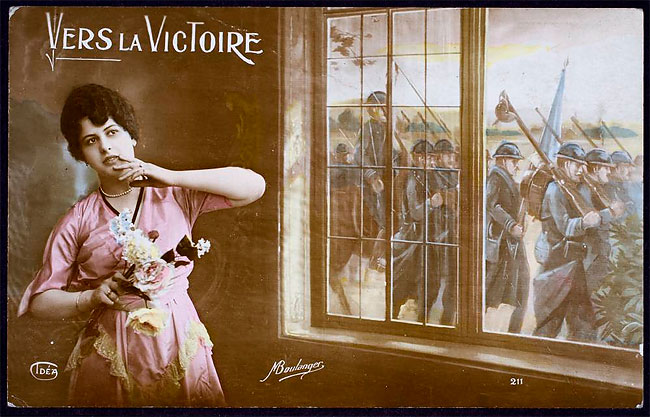 These brightly colored postcards, sent by French families and soldiers during World War I, are part of a set of similar cards available on Flickr from the George Eastman House. Because sending postcards to soldiers was postage-free during the conflict, the cards were mass-produced in great quantity and variety. Imagery offered solace and urged staunch resolve. 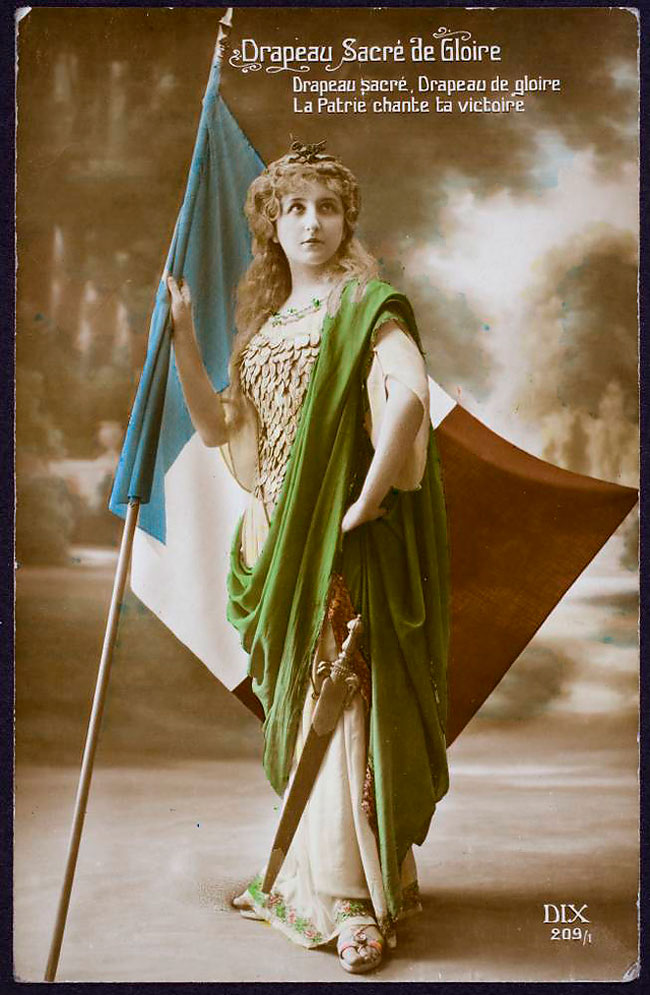 Historian William A. Christian writes that many French wartime postcards borrowed from a religious visual language established before the war. Imagery in the Catholic press, Christian says, often depicted religious visions appearing in everyday life. The postcards tapped these previously established conventions, often featuring a scene of war at the top of the frame, while the scene of home occupied the bottom. 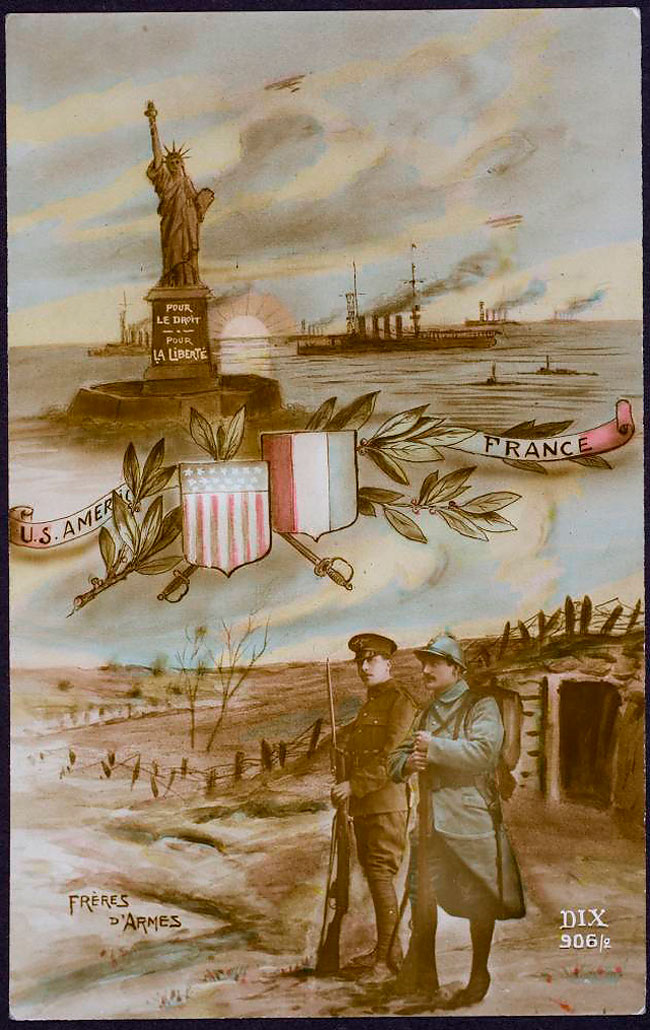 These composite images, Christian writes, “helped bridge the gap (visually, and through the mail) between home and soldiers,” while “capturing … the presence of the war in people’s minds and anxieties.” 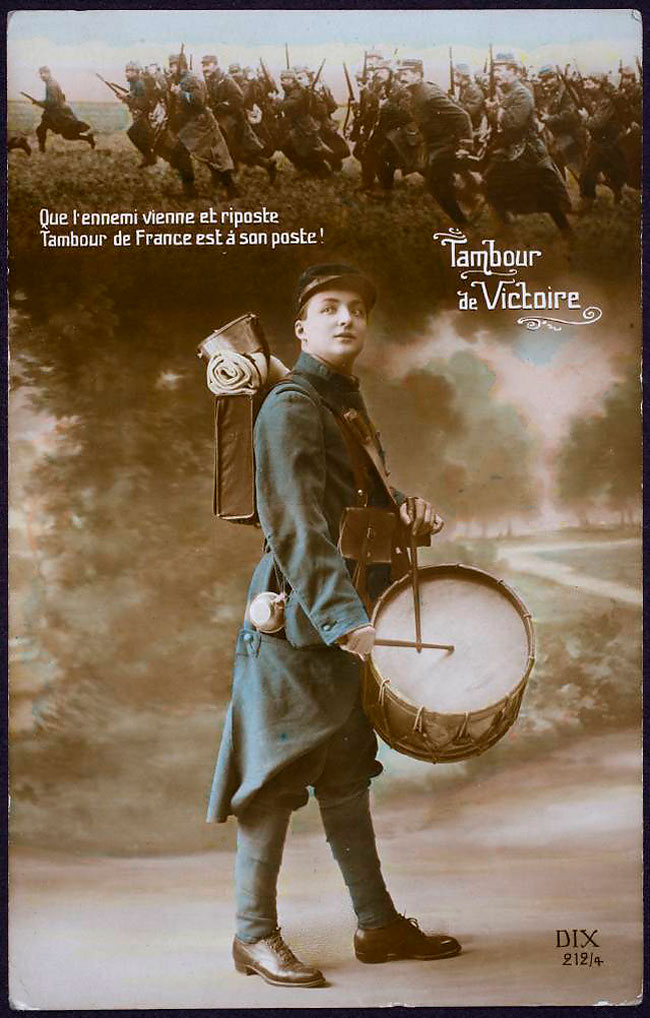 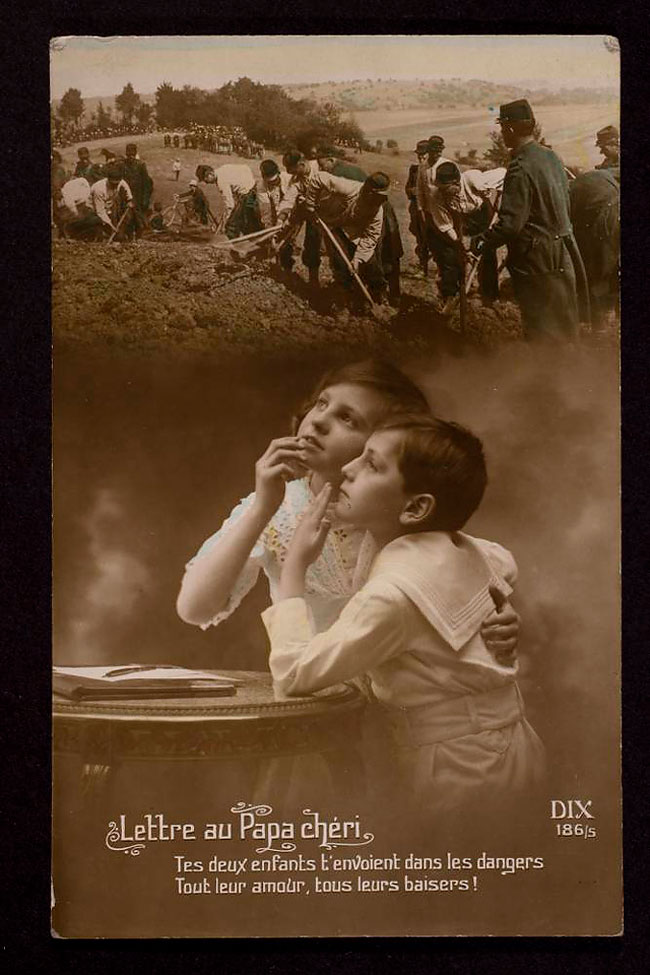 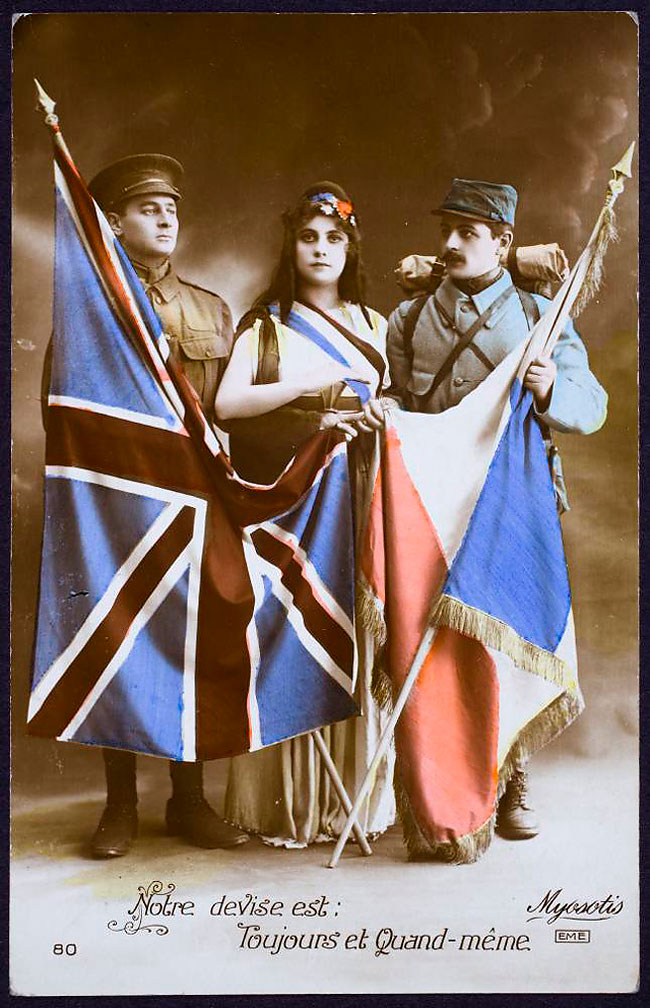 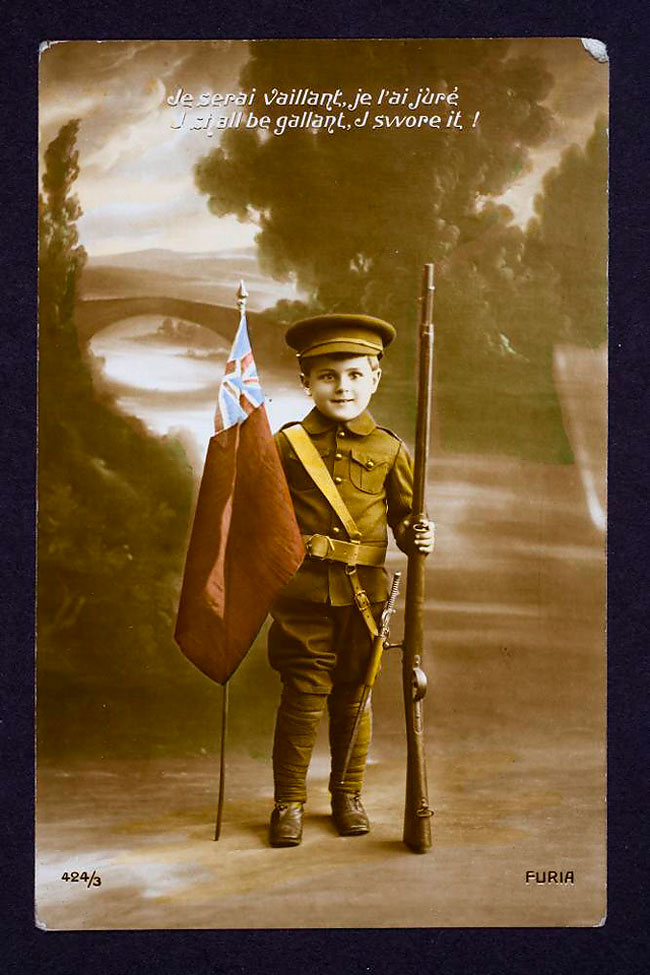 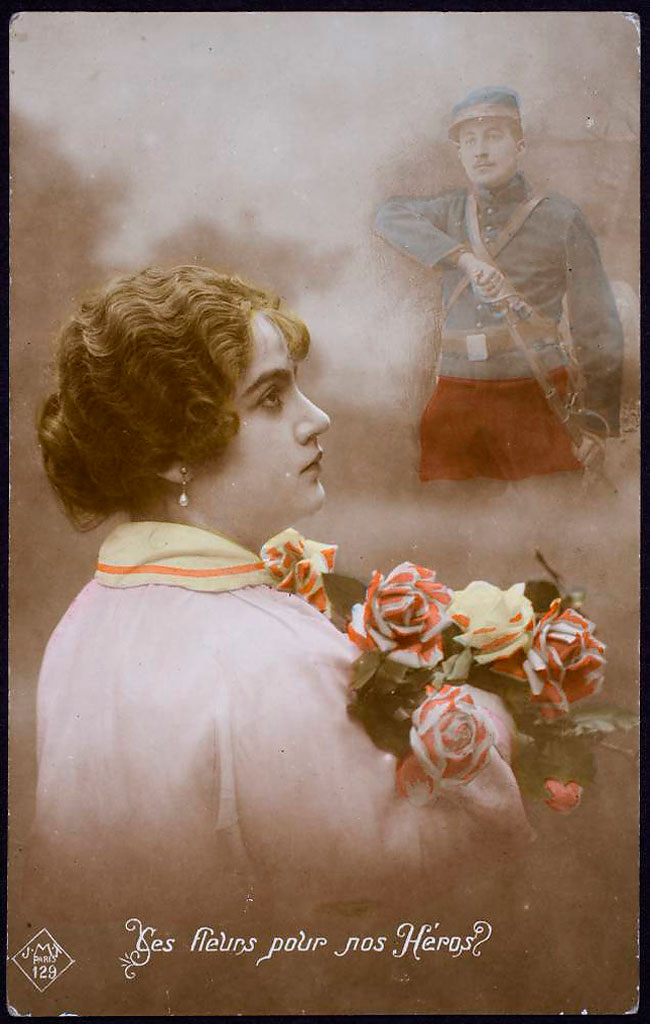 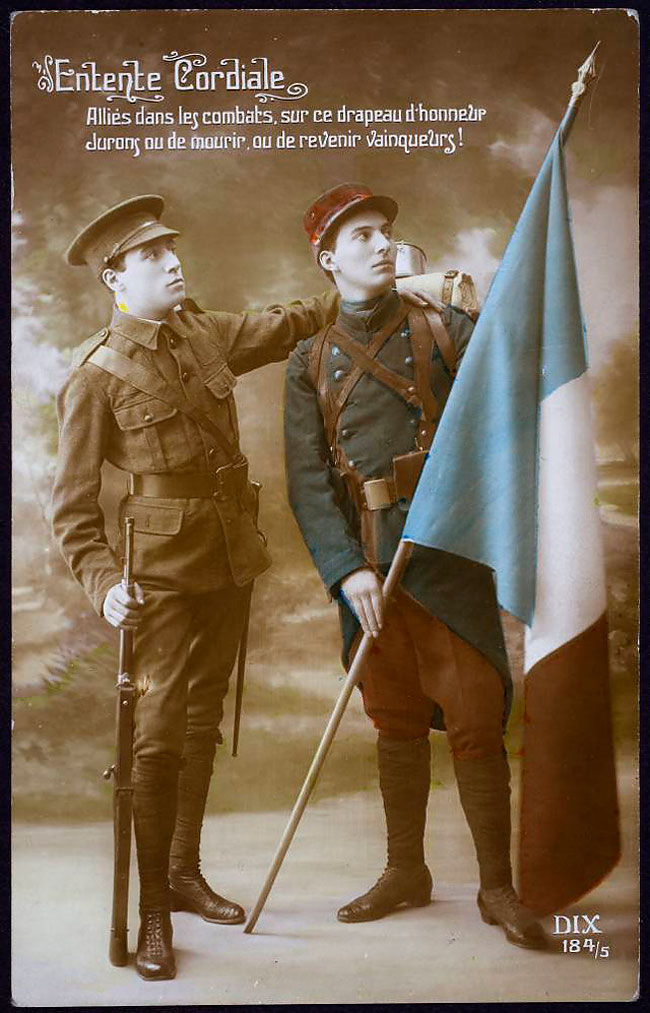 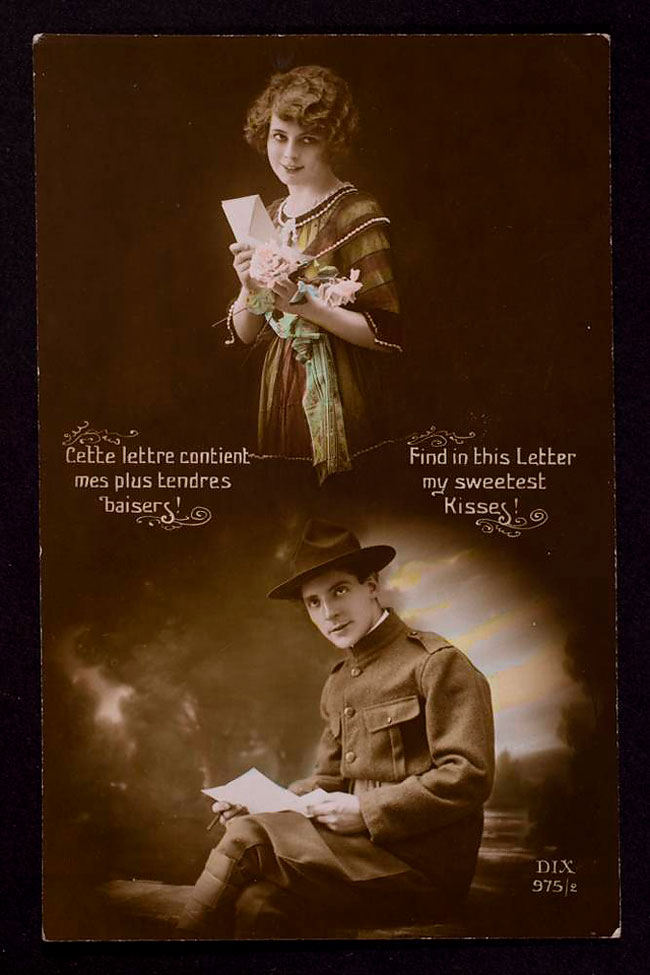 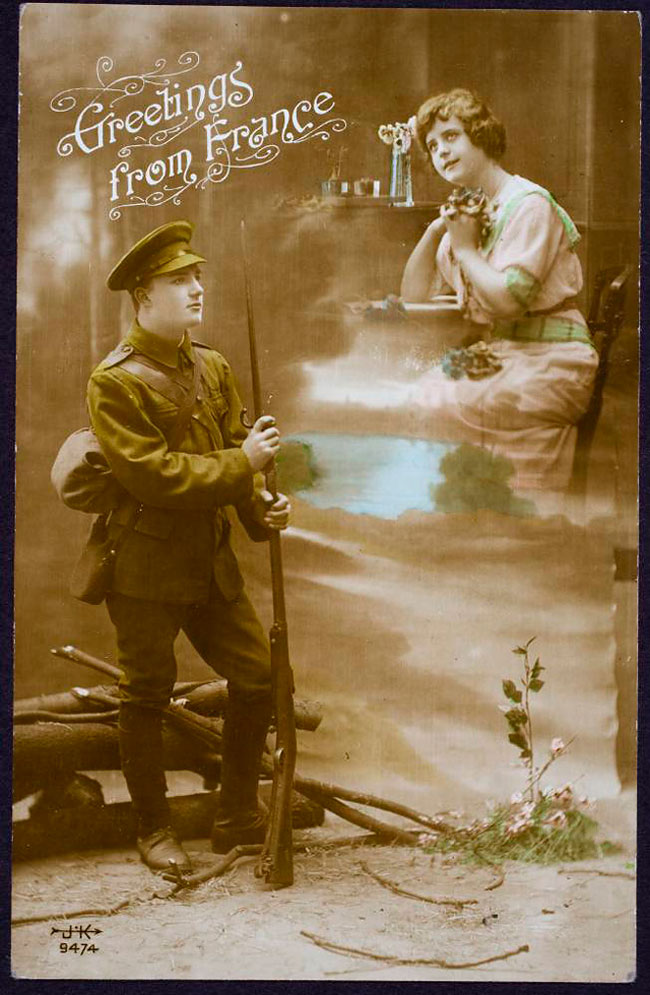 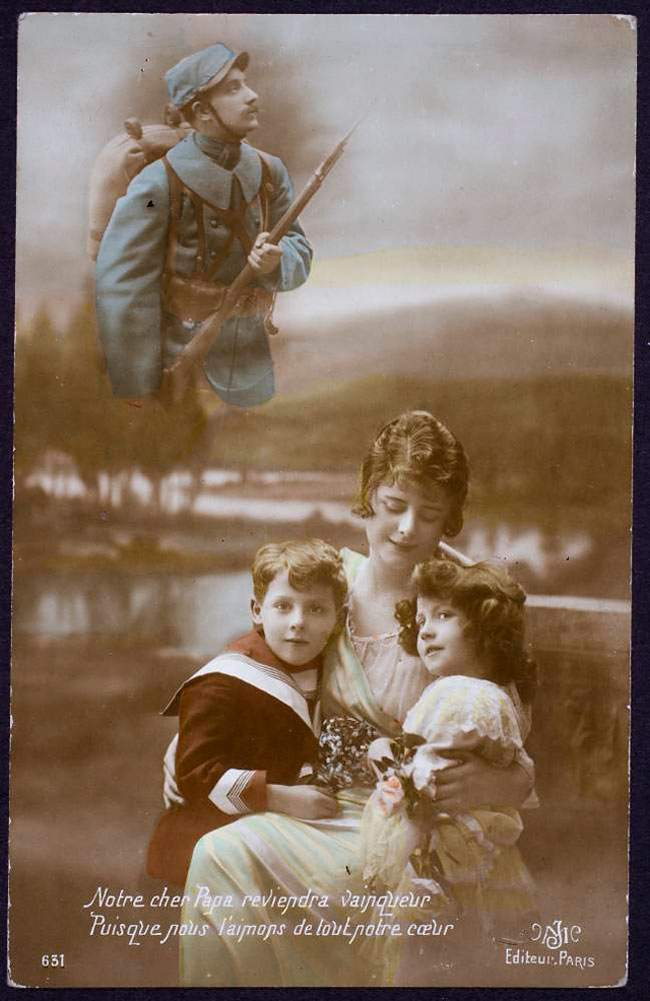 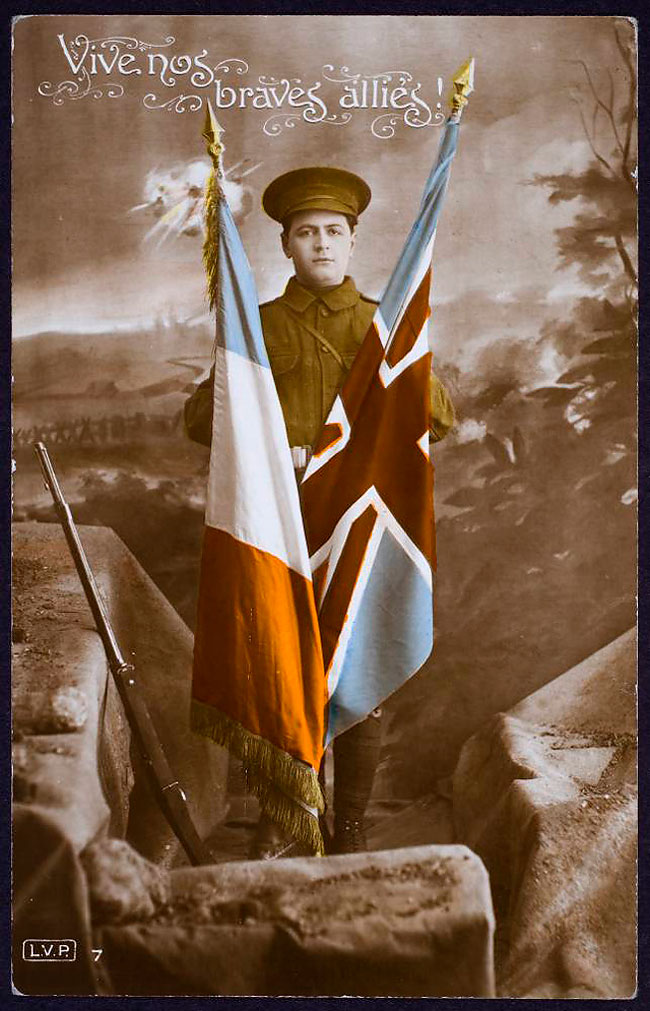 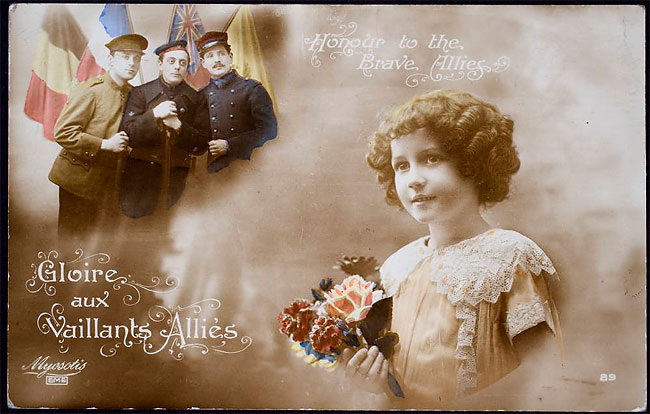 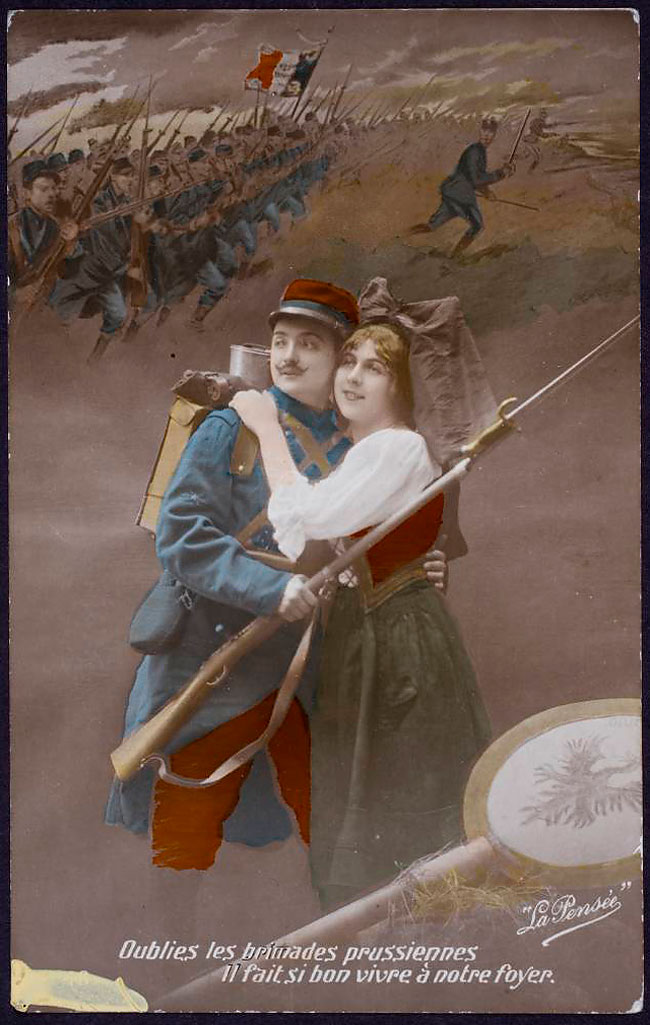 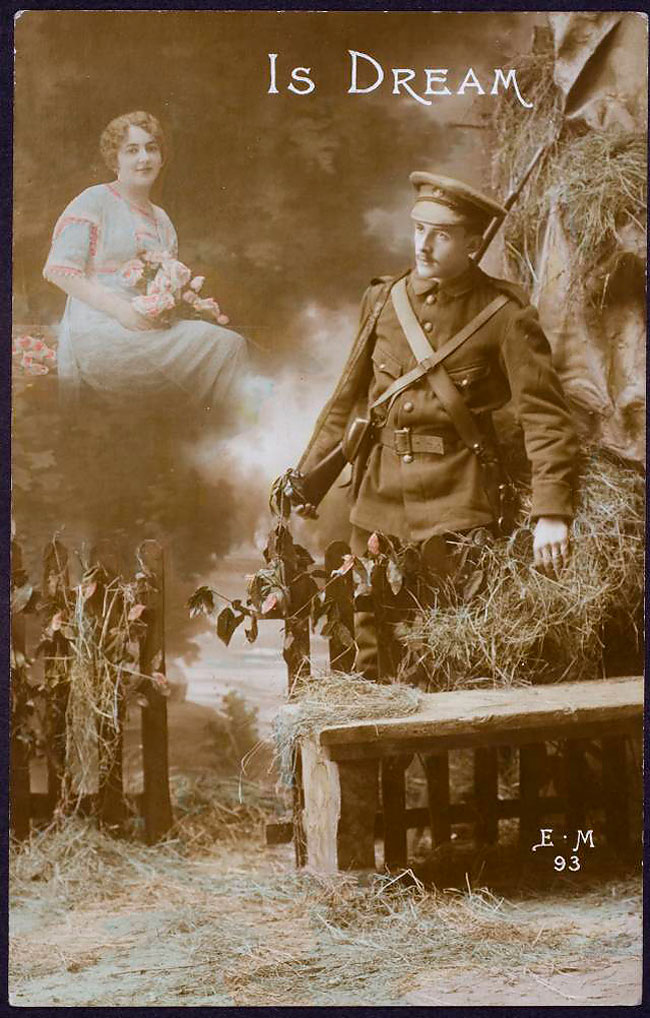 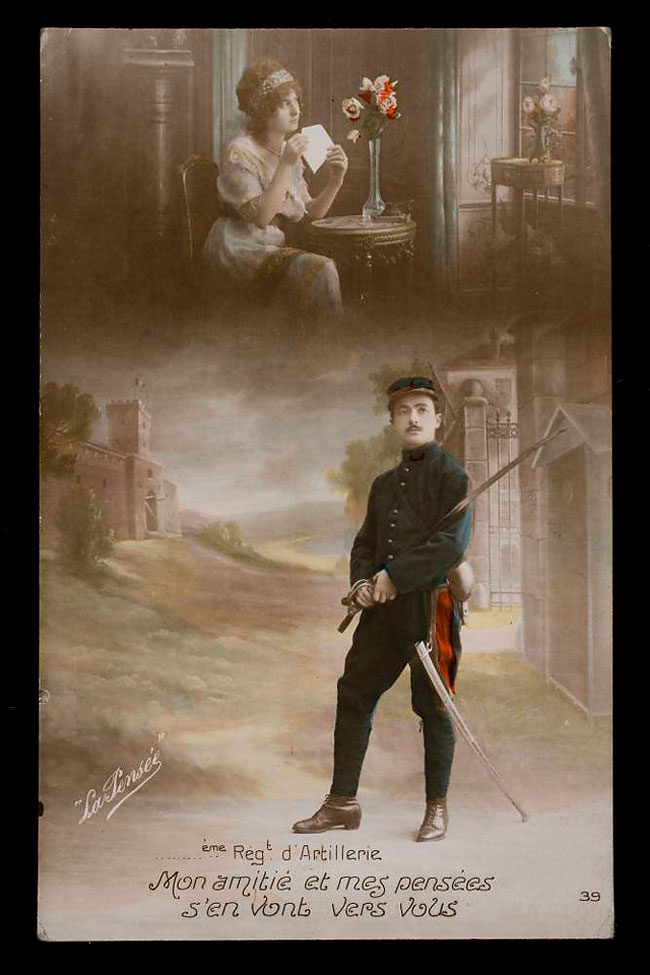 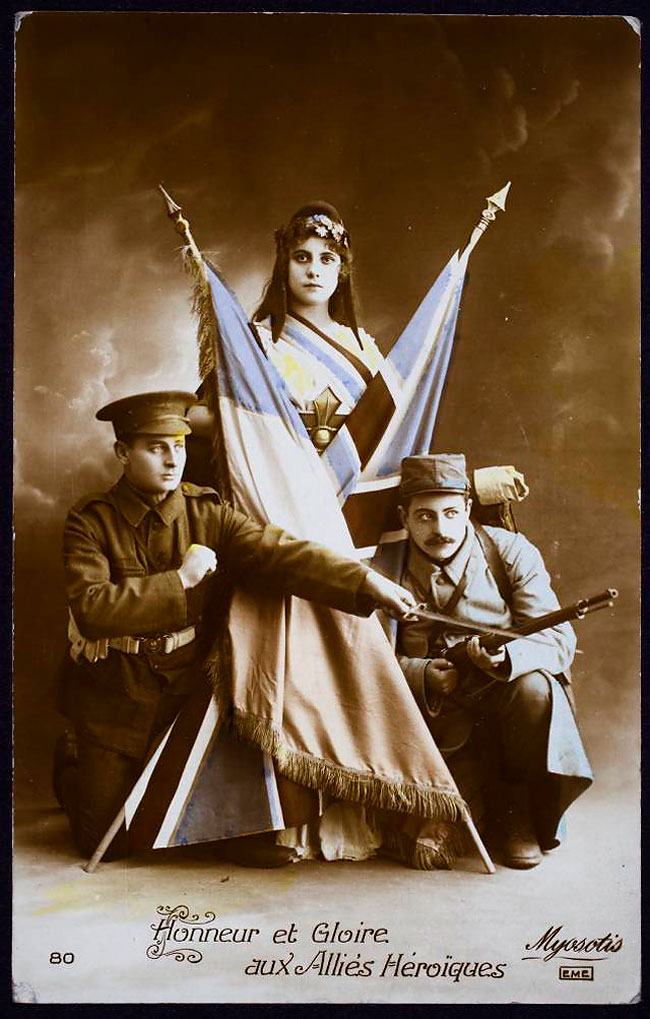