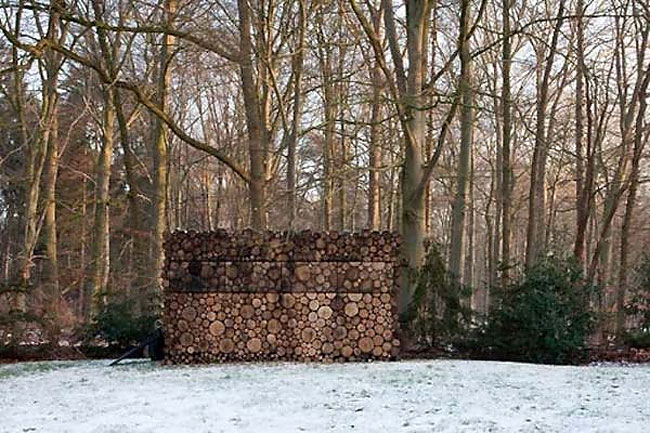 If you were walking through the woods and came across this looming in the distance, you would probably think that it was just a large stack of cut logs. From all angles, it seems like a normal pile of firewood. However, as you get closer, you’ll see that something doesn’t look quite right. It’s not just a bunch of logs, but something much, much better.

The cabin was designed by a man named Piet Hein Eek for Dutch performer, Hans Liberg (the man in the pictures). The outside is made of wood that is covering plastic and a steel frame, making the walls look like logs. Right now, the cabin is being used as a recording studio, but with this design, it could be used as a camping cabin or hunting blind. 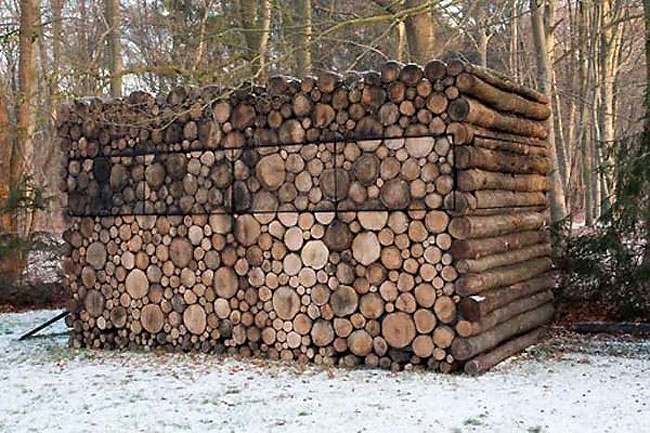 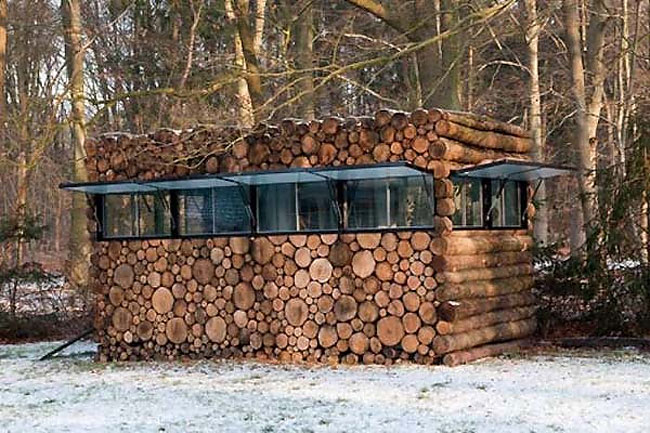 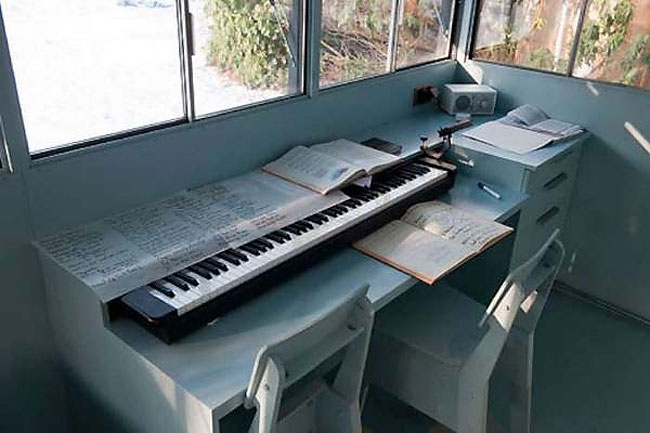 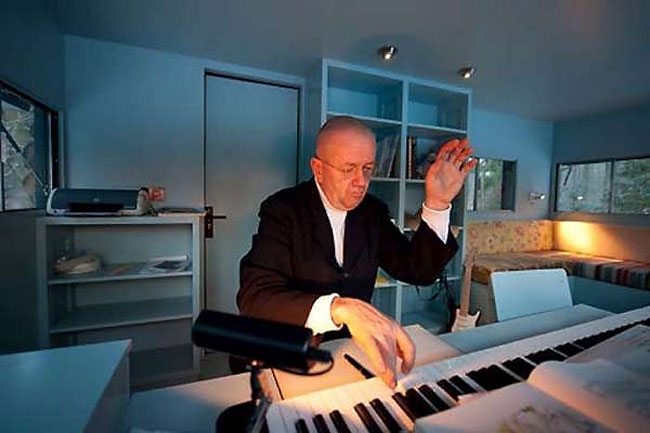 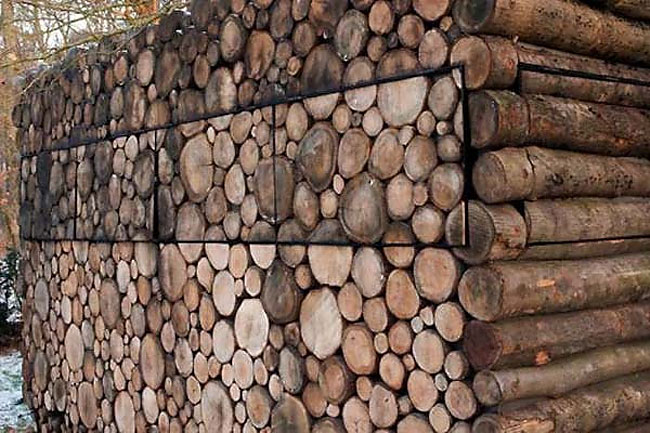 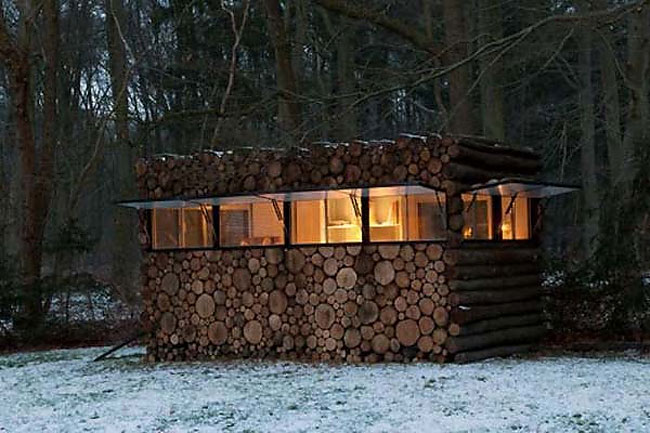 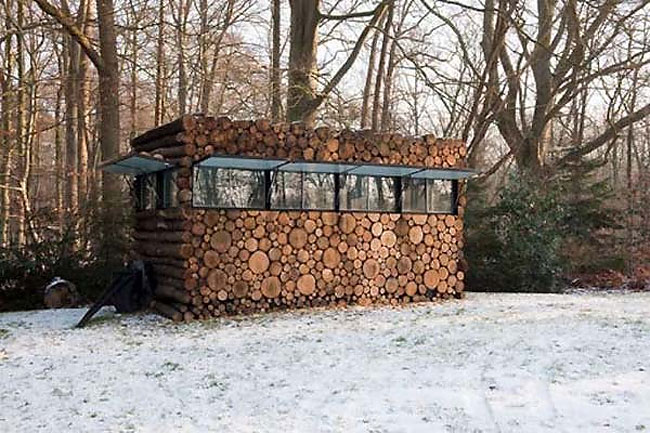 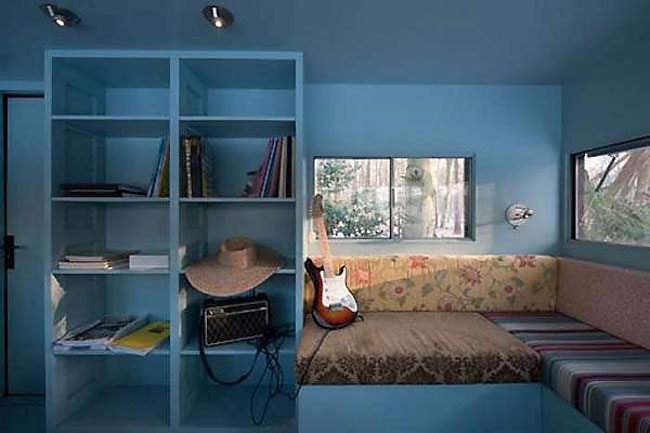 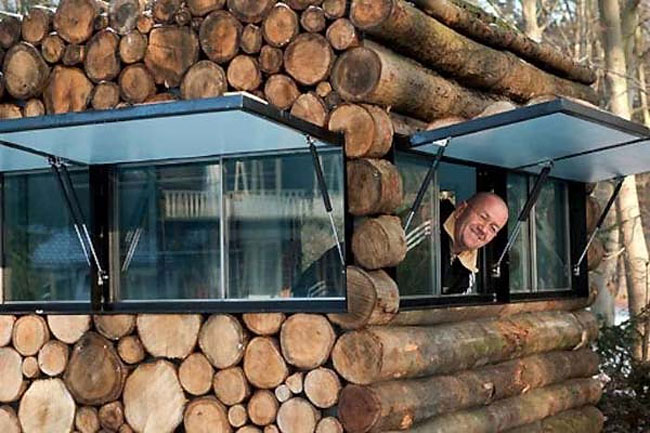 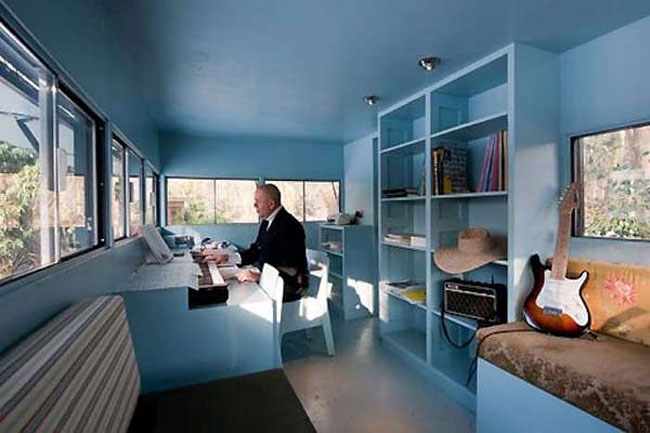 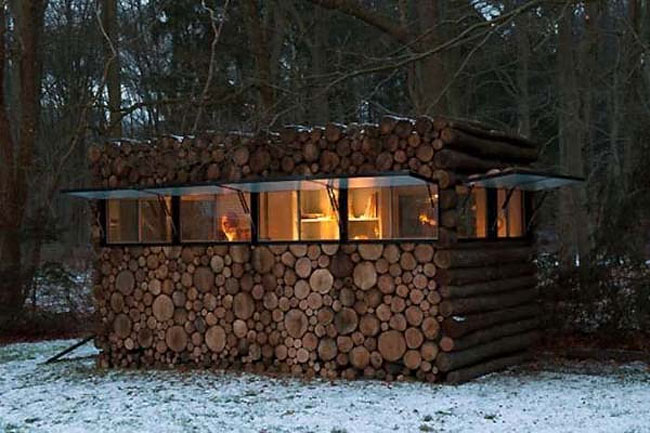 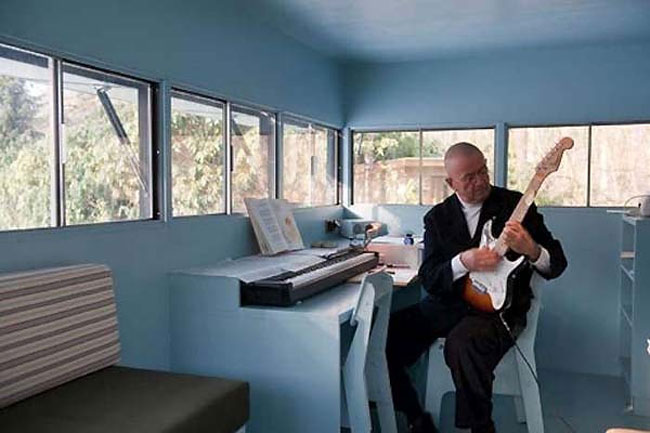 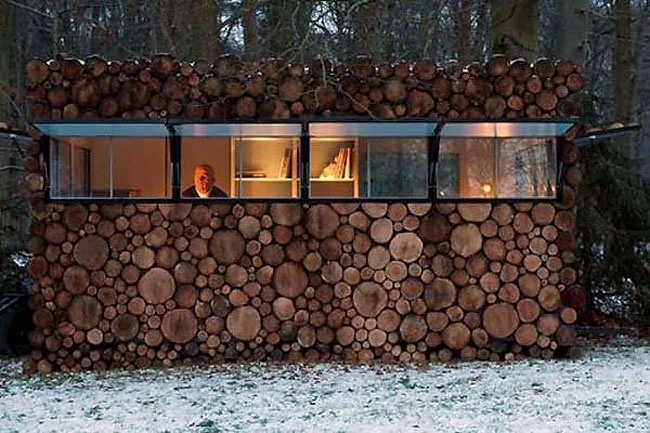 Minimalistic Photos Of Architecture That Pop With Color, Geometrical Elements
Architects Have Collaborated To Realize The Transformational Design Of McDonald’s HQ In Chicago
Oreo Built a Doomsday Vault in Norway for Cookies to Preserve Them for Generations to Come
An Abandoned Indonesian Church Shaped Like a Massive Clucking Chicken
Window of the World: Europe Made in China
Scariest House In Belarus Has Neighbors On Edge
Architects Creates Super Luxury Residence On Top Of The Seaport Crane
Toward A Concrete Utopia: Brutalist Yugoslavian Architecture
Klein Bottle House By McBride Charles Ryan
Stunning Photographs Of The Old Cincinnati Library Before Being Demolished, 1874-1955
Rotary Clubs Light Up the World to Eradicate Polio
Photographer Robert Ogilvie Perfectly Captures The Heart And Soul Of San Francisco
13 Concepts Showing How The Notre Dame Spire Could Look After Renovations
Inside the Bradbury Building, the Oldest Commercial Building in Downtown Los Angeles
A Closer Look Inside the Student Apartment in Hong Kong
Chinese Company Builds A Bamboo Treehouse Without Nails Or Screws
New Vancouver’s Towers Looking Like Jenga
Frog That Looks Like Princess Leia Sparks Photoshop Battle, And The Results Are Hilarious
Numbers on Stairs Help Kids Learn to Count
This Serene Outdoor Sanctuary Has Sculptural Concrete Seating
2013 World Architecture Festival
The Photographer's House - A Tiny House in the Deep Forest
HUS-1 – The Ultra Tiny House Of Your Dreams
The House that was Deliberately Built Upside Down
cabin, camouflaged, firewood, linberg, looks, perfectly

A Modern Interior Was Built Inside This Historic Building In Italy
Whale-Shaped Marine Observatory Will Let Visitors Take A Look Under the Sea
New Glass Room in French Alps Offers Amazingly Scary View
What Do You Think of this Dessert Themed Public Toilet in Japan?
The Radical And Visionary Modernist And Brutalist Architecture Of Macedonia
Beautiful Abandoned Fairy Tale House as the Quintessence of What's Going On
This Bizarre Japanese Temple Looks Like A Fallen Intergalactic Starship
The Family Dog Was Considered In The Design Of This Toronto House
Stunning Photos Of The Notre Dame Cathedral Covered By Sandbags During The World War I
Transparent Heart-Stopping Glass Sky Slide Starts Trial Runs In North China
2007 ‒ 2022 by Design You Trust. Proudly hosted by WebHostingBuzz.
Privacy Policy · Terms of Service · Content Removal Policy ❤️ 🇺🇦