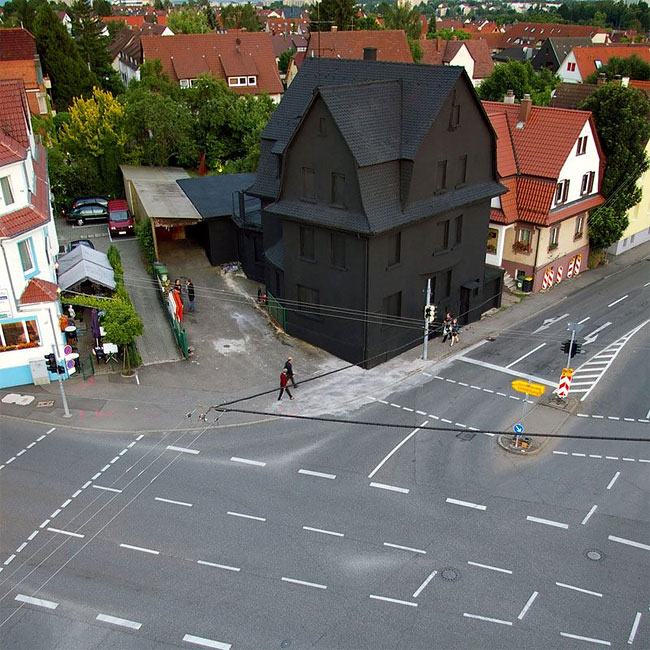 Haus in Schwarz (House in Black) was a 2008 public art piece by artists Erik Sturm und Simon Jung in the city center of Möhringen, Germany. The piece was meant as a farewell to the building which was slated for demolition, with the matte black paint acting as a sort of final curtain to an exterior that had recently been used by numerous street artists, shown below. 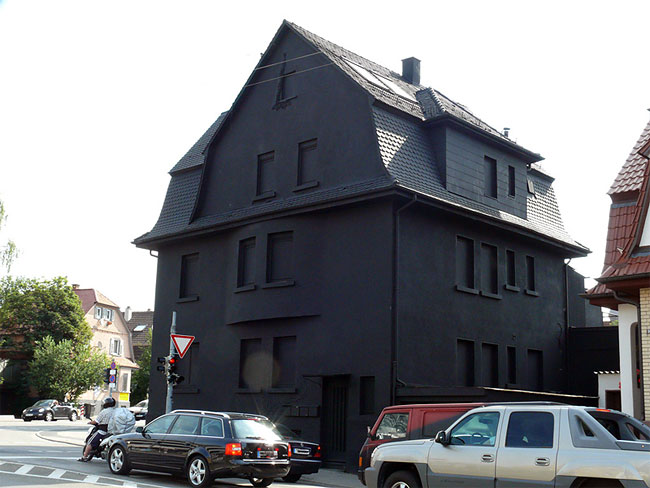 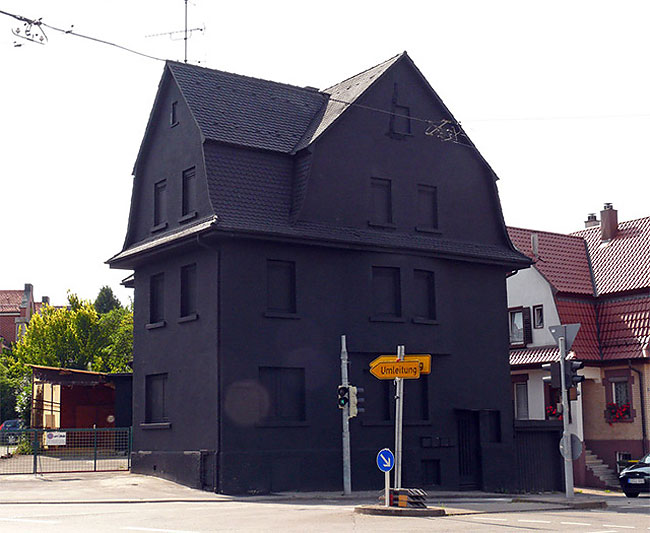 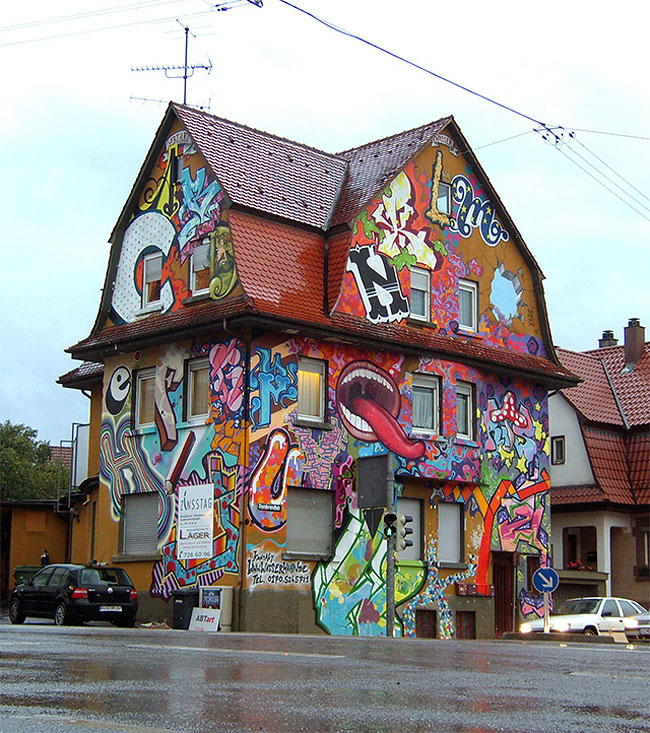 Origami Cave Puts a Stylish Spin on Emergency Shelter
These Houses Are Designed In The Shape Of Famous Logos
See How This Dilapidated Graffiti Filled Kitchen Got Transformed Into A Stunning Award Winner
Swim 115 Feet Above London in the World’s Only See-Through Sky Pool
HUS-1 – The Ultra Tiny House Of Your Dreams
The Magnificent Interior Of The George Peabody Library In Baltimore
The Interior of the Fourviere Basilica in Lyon
Extraordinary Design Shelter That Looks Like A 'Flintstones House', And No One Wants To Buy It
Bioclimatic Architecture
Grasshopper’s Dream, A Cafe With Two Giant Grasshoppers At The Train Station In South Korea
This Dutch Museum is Covered in Grass and Has a Rooftop Walkway
An Amazingly Sculptural Spiral Staircase Has Been Installed In The Lobby Of This Office Building
The Tiny Home Built from Scratch for $11,000
Unusual and Creative Staircase Designs
Denmark Will Have This Amazing New Observation Tower Next Year
The Land Of Giants By Choi + Shine Architects
What The Abandoned Silverdome Looks Like 13 Years After The Detroit Lions Left
Chinese Home Builders Find Great Location: On Top of a Shopping Mall
Let's Take A Closer Look At The Scariest Playground In The World
Russian Couple Build Pyramid Of Giza Replica In Their Rural Backyard
Legendary London’s Thinnest House is for Sale
Glass House by Harumi Yukutake
Stunning Photographs Of The Old Cincinnati Library Before Being Demolished, 1874-1955
A Sculptural Arch Of Mist Has Been Installed In Japan
The New Apple Store In Thailand Looks Like A Vortex Of Wood
New York Artist Sculpts Sandcastles That Would Make M.C. Escher Proud
Wonderful Photos of Fujian Tulou, the Unique China’s Hakka Earthen Buildings
Forgotten Housing Estates In Paris Captured By Laurent Kronental
Inside the World's Biggest Tree House by Horace Burgess
Inside The Crumbling Luxury Mansions Left Abandoned On London’s Billionaires’ Row
black, house