Famous Fathers and their Famous Sons

In honor of Father’s Day, we present photos of fathers and sons who are, or have been, in the public eye. The list is, of course, not complete. 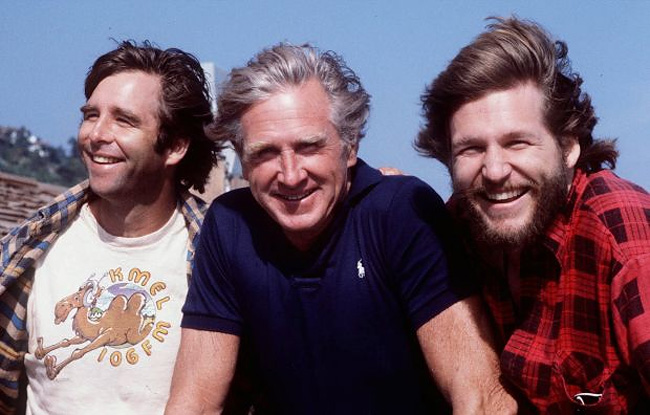 Lloyd Bridges, center, poses with his sons Beau, left, and Jeff in Malibu, Calif., in this 1980 file photo. Lloyd Bridges, whose half-century in acting ranged from the drama of “High Noon” to the daft “Airplane!” to the adventure of TV’s “Sea Hunt,” has died, his agent said Tuesday, March 10, 1998. (AP Photo/files) 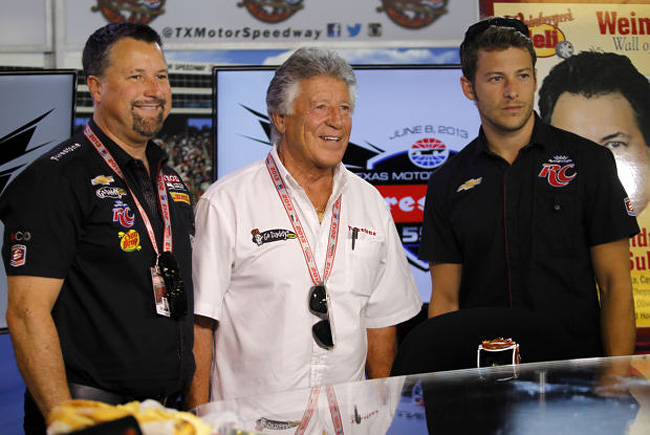 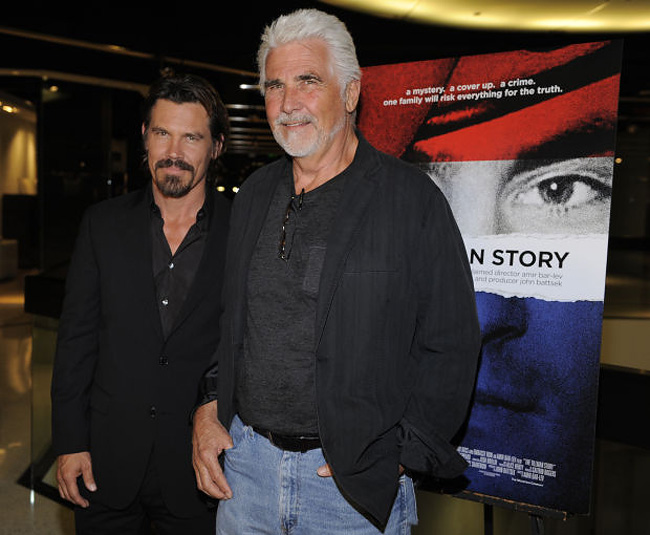 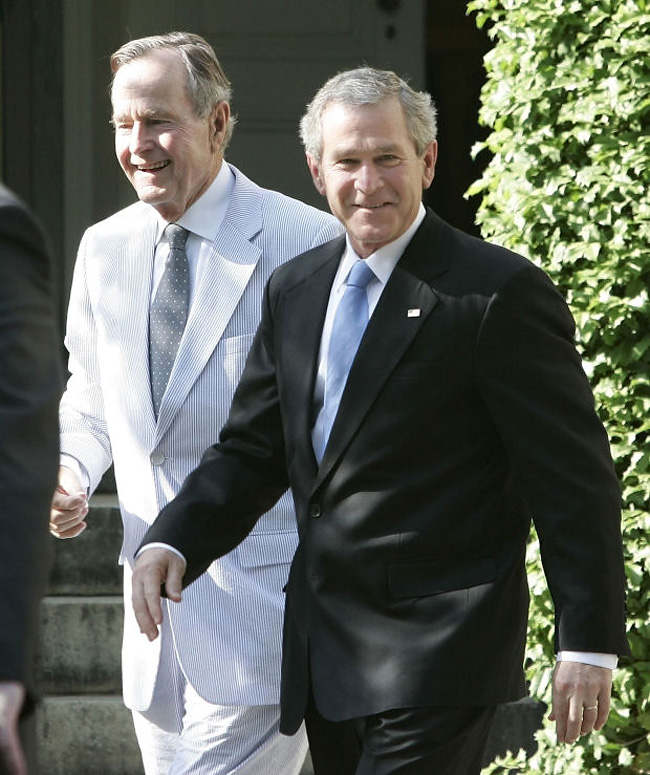 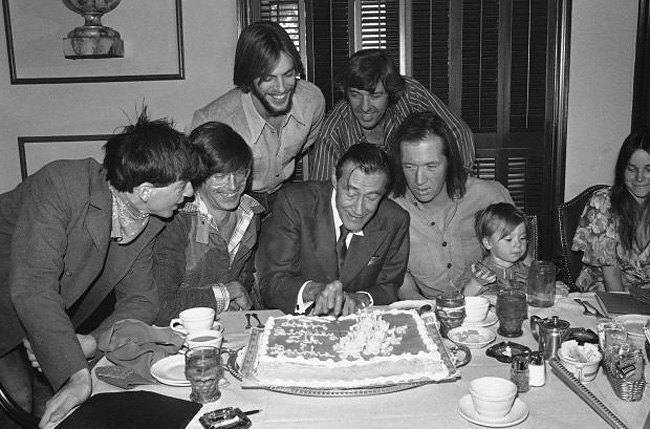 Veteran character and Shakespearean actor John Carradine cuts into his 68th birthday cake as his sons proudly look on at the commissary at the Burbank Studio in Burbank, California Feb. 5, 1974. Surrounding Carradine, from left, are: Robert, 19, Chris, 26, Keith, 24, Bruce, 40, and David, 27. It was only the third time all of the sons and their father have been together. David holds his son, Free. (AP Photo/Harold Filan) 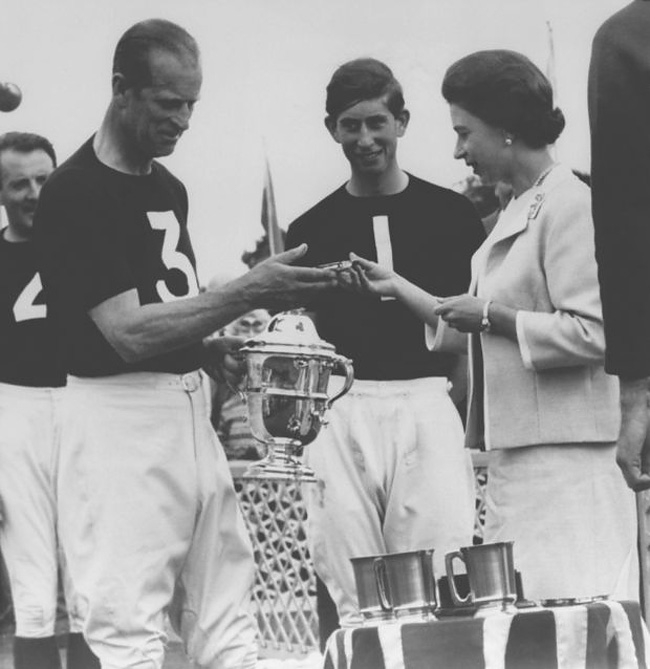 Queen Elizabeth II of England presents the Westbury Cup to her husband, Prince Philip, on Aug. 5, 1967 at Windsor, England, after he led his Polo team, the Rangers, to a 7-2 victory over the Bishops. Prince Charles, who also plays for the Rangers, looks on. He scored a goal in the game. (AP Photo) 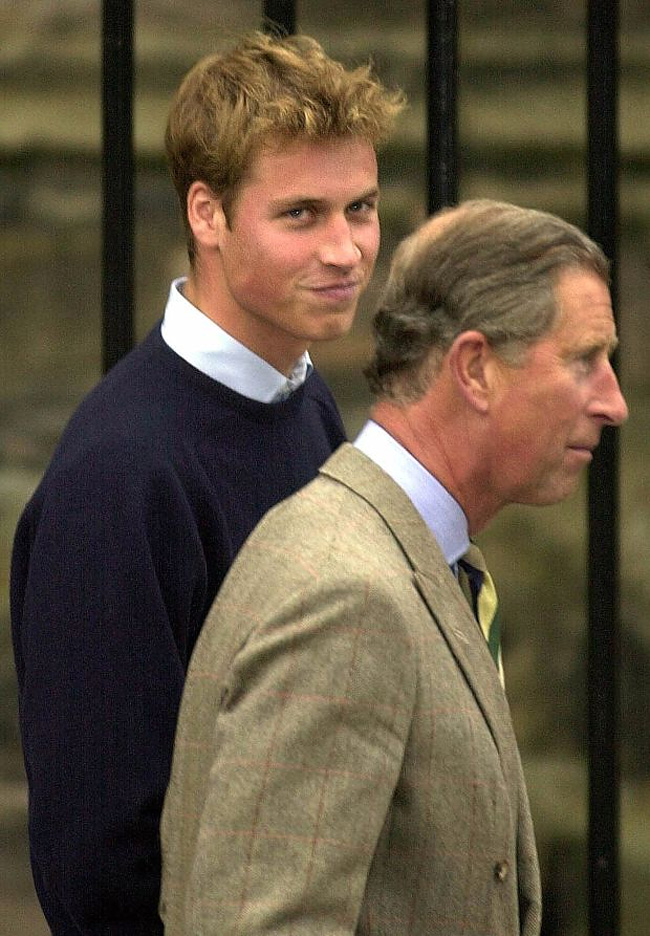 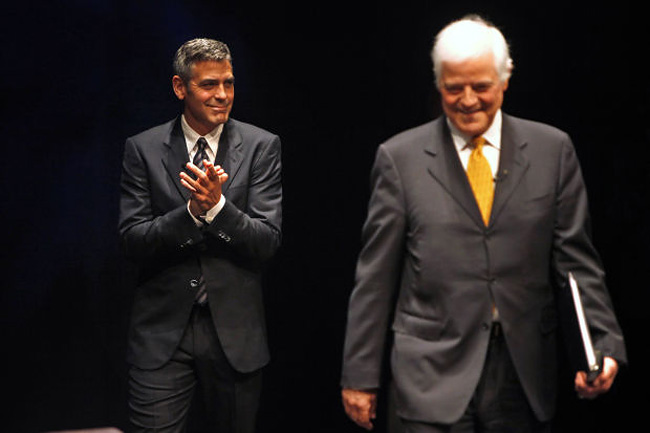 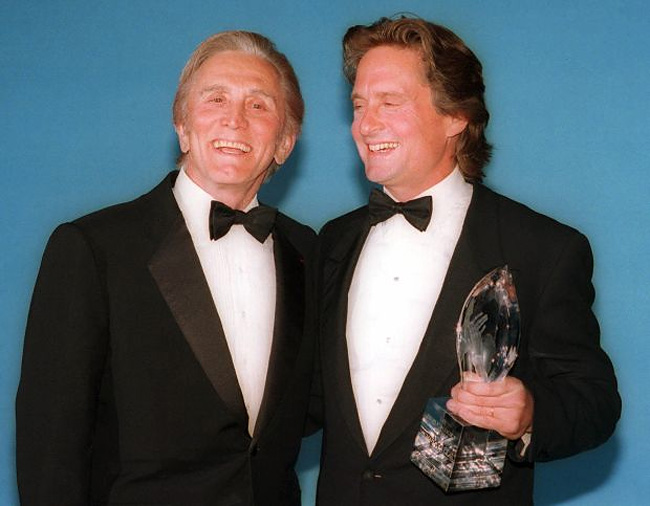 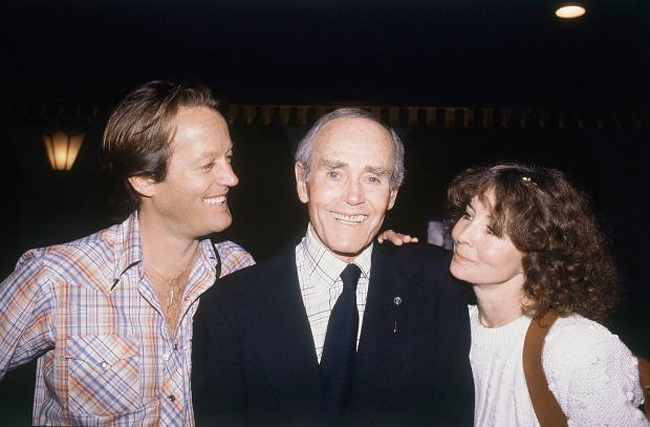 Henry Fonda (center) seen on his 75th birthday, May 16, 1980 with son, Peter Fonda and his wife, Shirlee Fonda.(AP Photo/Randy Rasmussen) 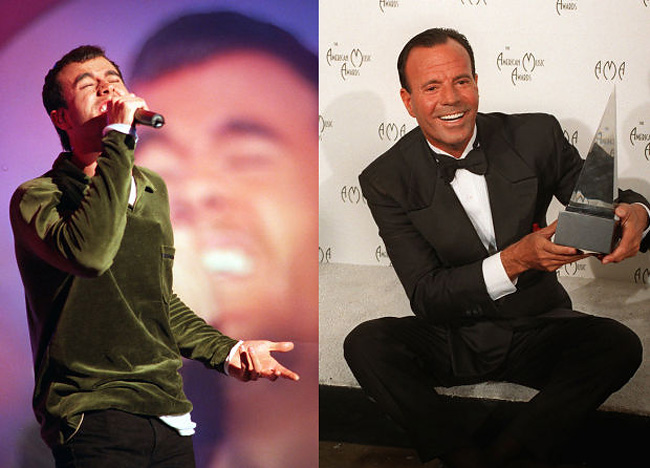 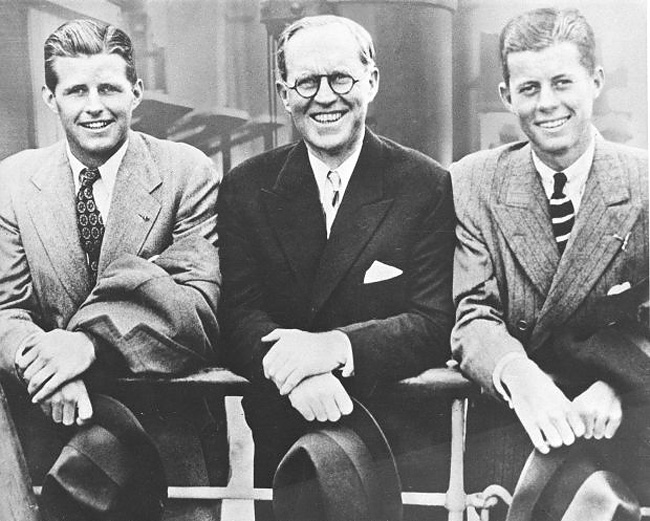 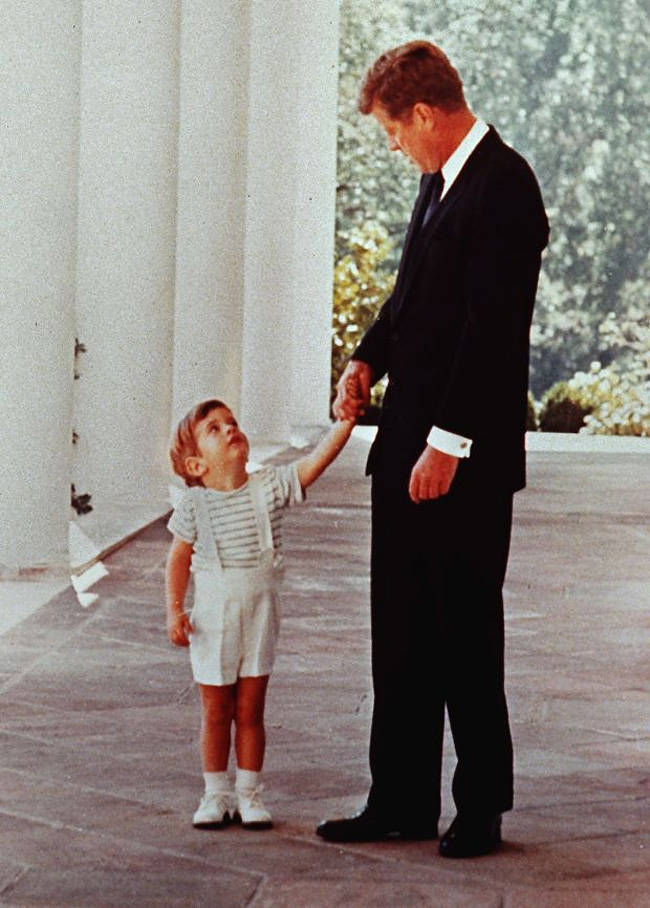 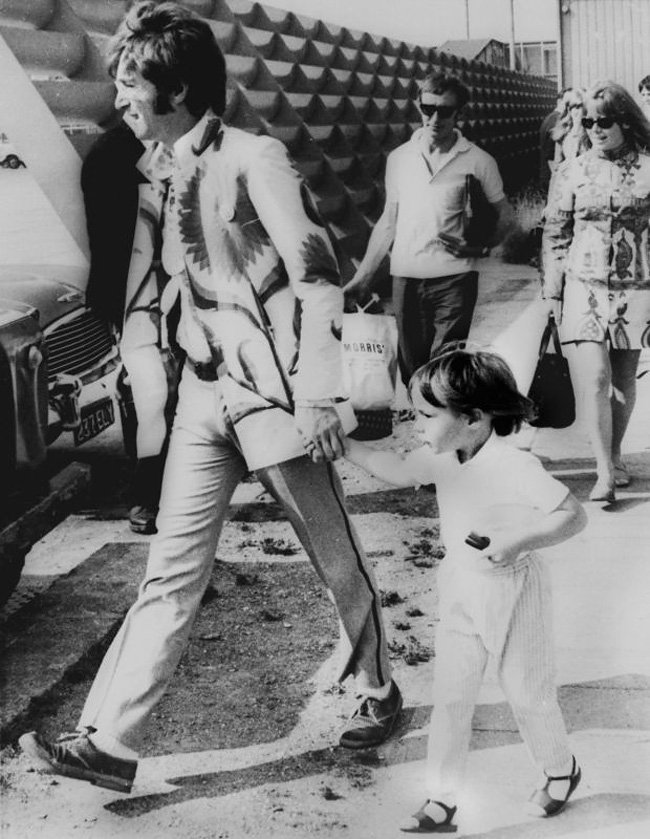 John Lennon and his son Julian are pictured at Heathrow Airport London, July 22, 1967, before boarding a plane for a holiday trip to Athens, Greece. His wife, Cynthia, was also in the party. (AP Photo) 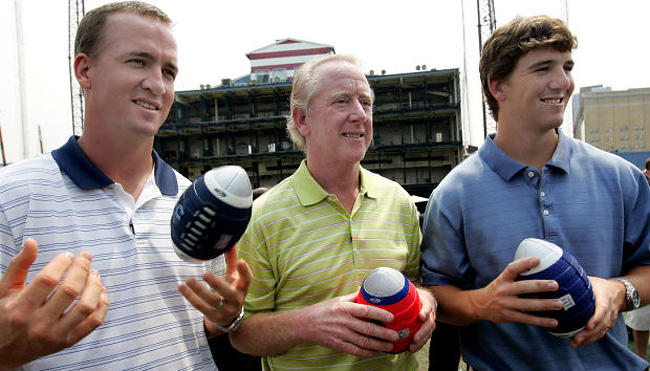 Archie Manning, center, is flanked by his NFL football quarterback sons Peyton, left, of the Indianapolis Colts, and Eli, of the New York Giants, during a Nerf Father’s Day promo Saturday, June 14, 2008, in New York. Archie Manning used to play a game with his sons called “Amazing Catches,” where he’d throw the ball just out of their reach and they’d have to make a diving grab. Peyton and Eli have had a lot of amazing passes lately in winning the last two Super Bowl MVP awards. (AP Photo/Stephen Chernin) 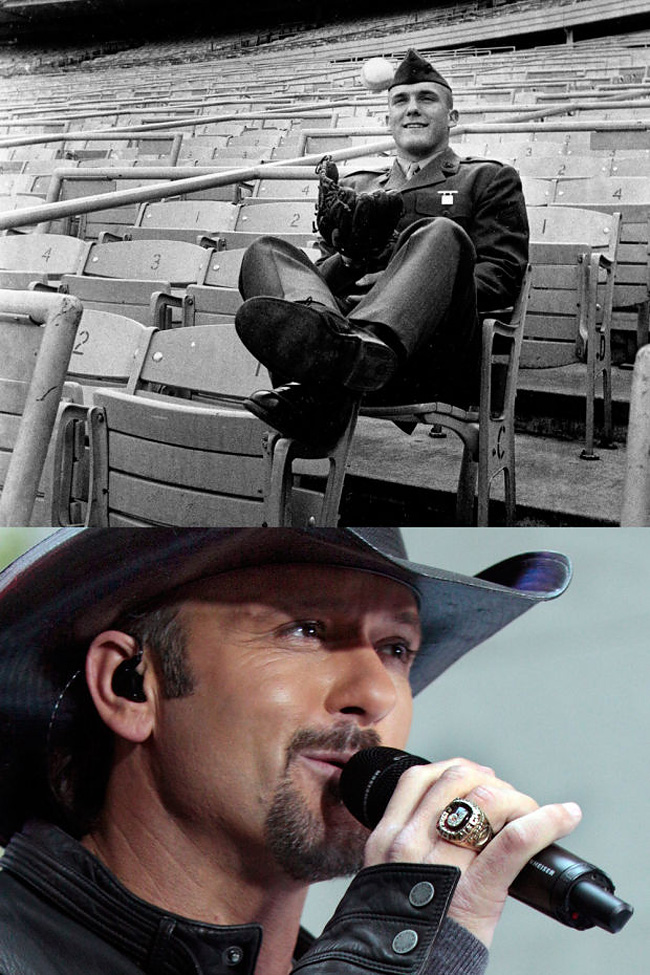 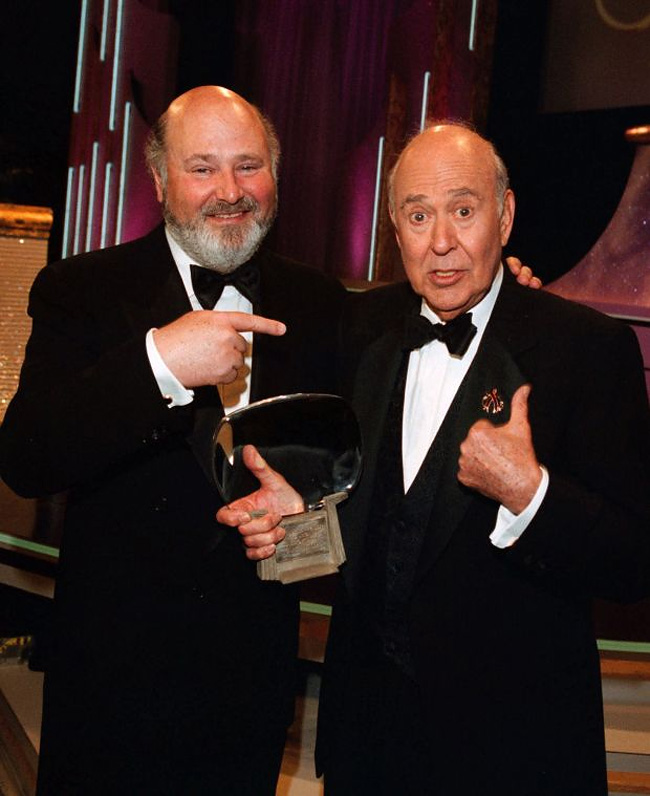 Rob Reiner stands next to his dad Carl after Carl Reiner was inducted into The Academy of Television Arts and Sciences Hall of Fame Saturday night, Feb. 28, 1999, in the North Hollywood section of Los Angeles. (AP Photo/Craig T. Mathew) 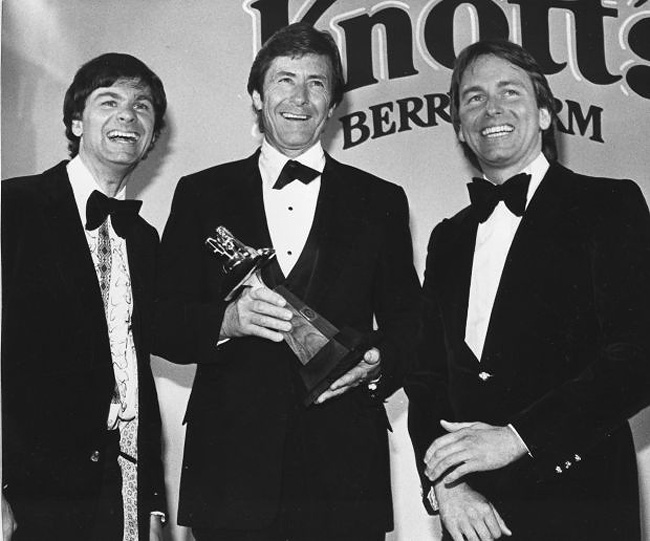 Actor John Ritter, right, and his brother Tom, left, smile proudly after presenting the first annual Tex Ritter Award, named in honor of their father, to director Buddy Van Horn for Best Country Motion Picture of the Year for the movie “Any Which Way You Can,” during the 17th annual Academy of Country Music Awards show at Knotts Berry Farm in Buena Park, Calif., April 29, 1982. (AP Photo) 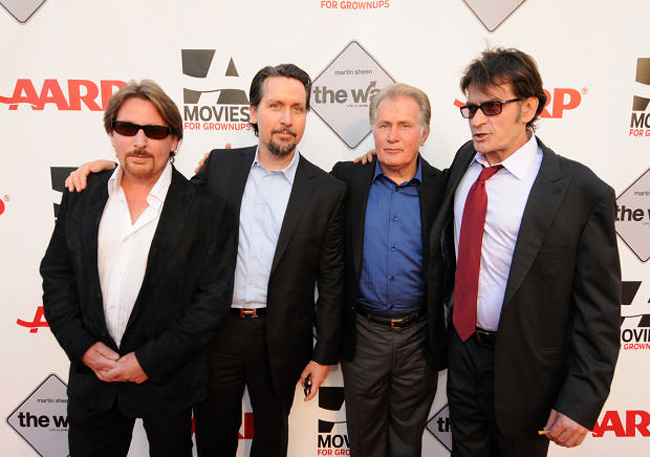 In this Sept. 23, 2011 image released by AARP, from left, Emilio Estevez, Ramon Estevez, Martin Sheen and Charlie Sheen pose at the premiere of Emilio’s film, “The Way,” as part of AARP’s Festival For Grown Ups at the Nokia Theatre in Los Angeles. (AP Photo/AARP, Doug Van Sant) 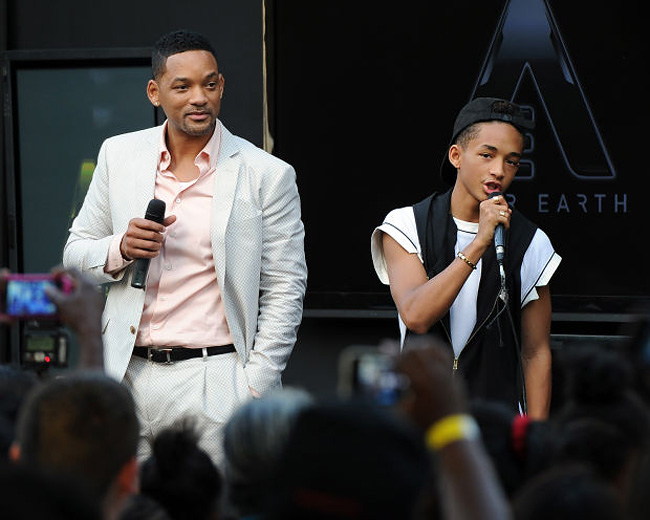 Will Smith and Jaden Smith attend AFTER EARTH Day at the Miami Science Museum on May 16, 2013 in Miami, Florida. (Photo by Jeff Daly/Invision/AP) 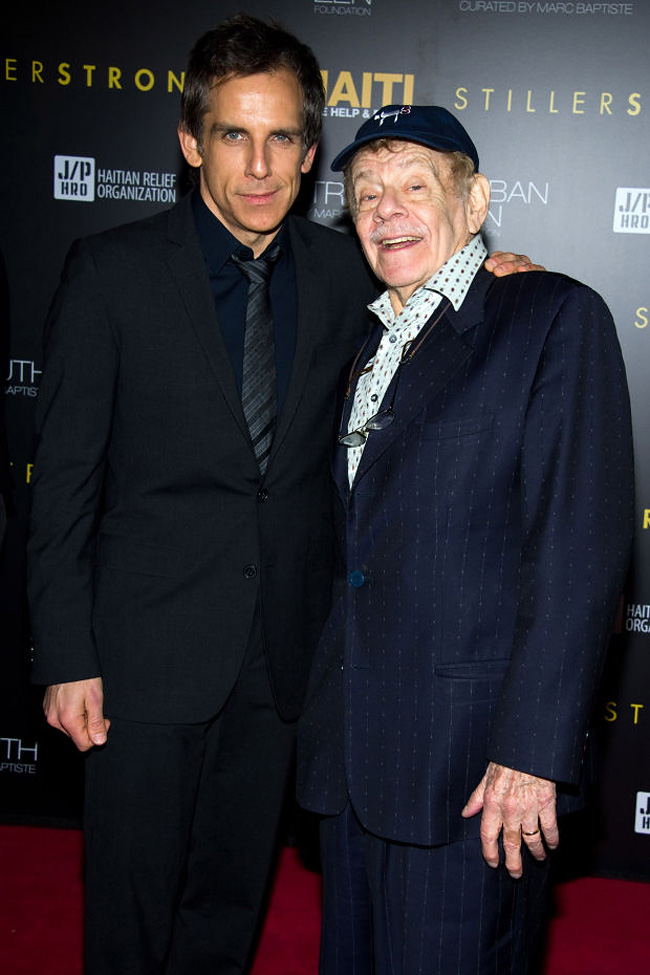 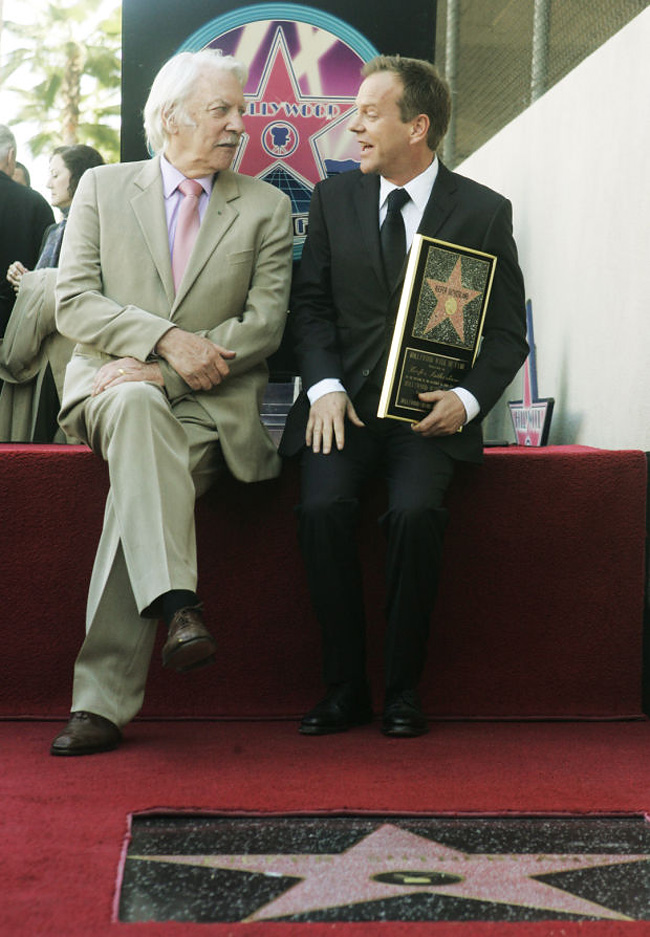 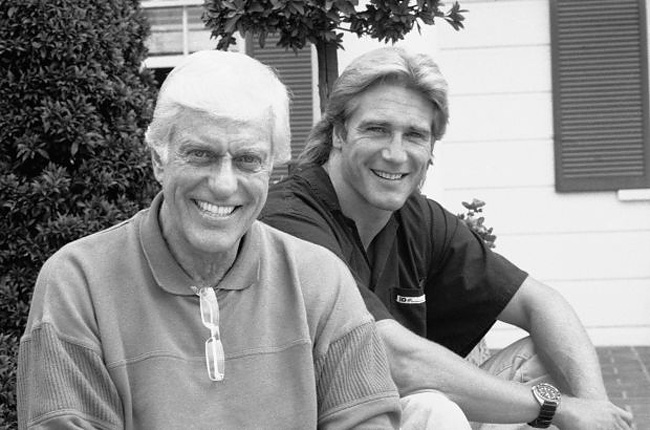 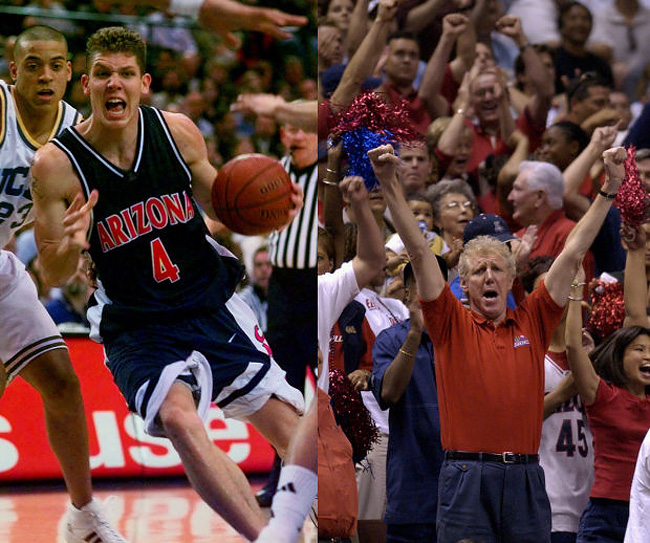 Left: Luke Walton (4) of No. 2 Arizona drives for the basket past Matt barnes (23) of No. 25 UCLA in the first half of their Pac-10 game Thursday, Jan. 20, 2000, at Pauley Pavilion in Los Angeles. Walton is the son of former UCLA and NBA great Bill Walton. (AP Photo/Reed Saxon). Right: Former NBA great Bill Walton cheers on Arizona during the second half of their NCAA West Regional final game against Kansas Saturday, March 29, 2003, in Anaheim, Calif. Walton’s son is Arizona forward Luke Walton. (AP Photo/Kevork Djansezian) 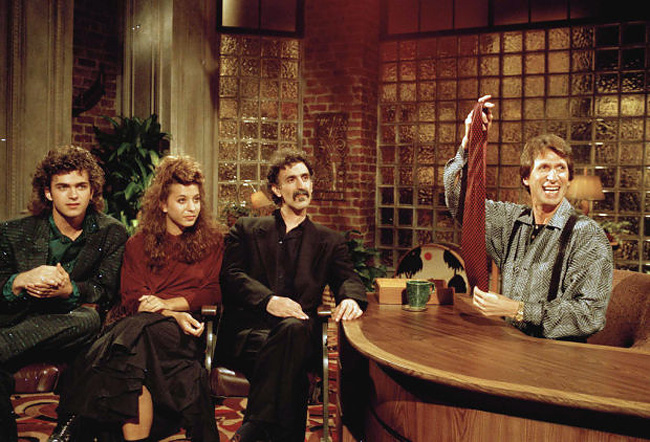 Frank Zappa, second from right, and his children, Dweezil, left and Moon Unit, join talk show host David Brenner, right, at a taping in New York, Sept. 24, 1986. Brenner holds up a necktie given to Frank Zappa upon entering a posh eatery earlier in the day, which he neglected to return upon leaving. (AP Photo/David Bookstaver)