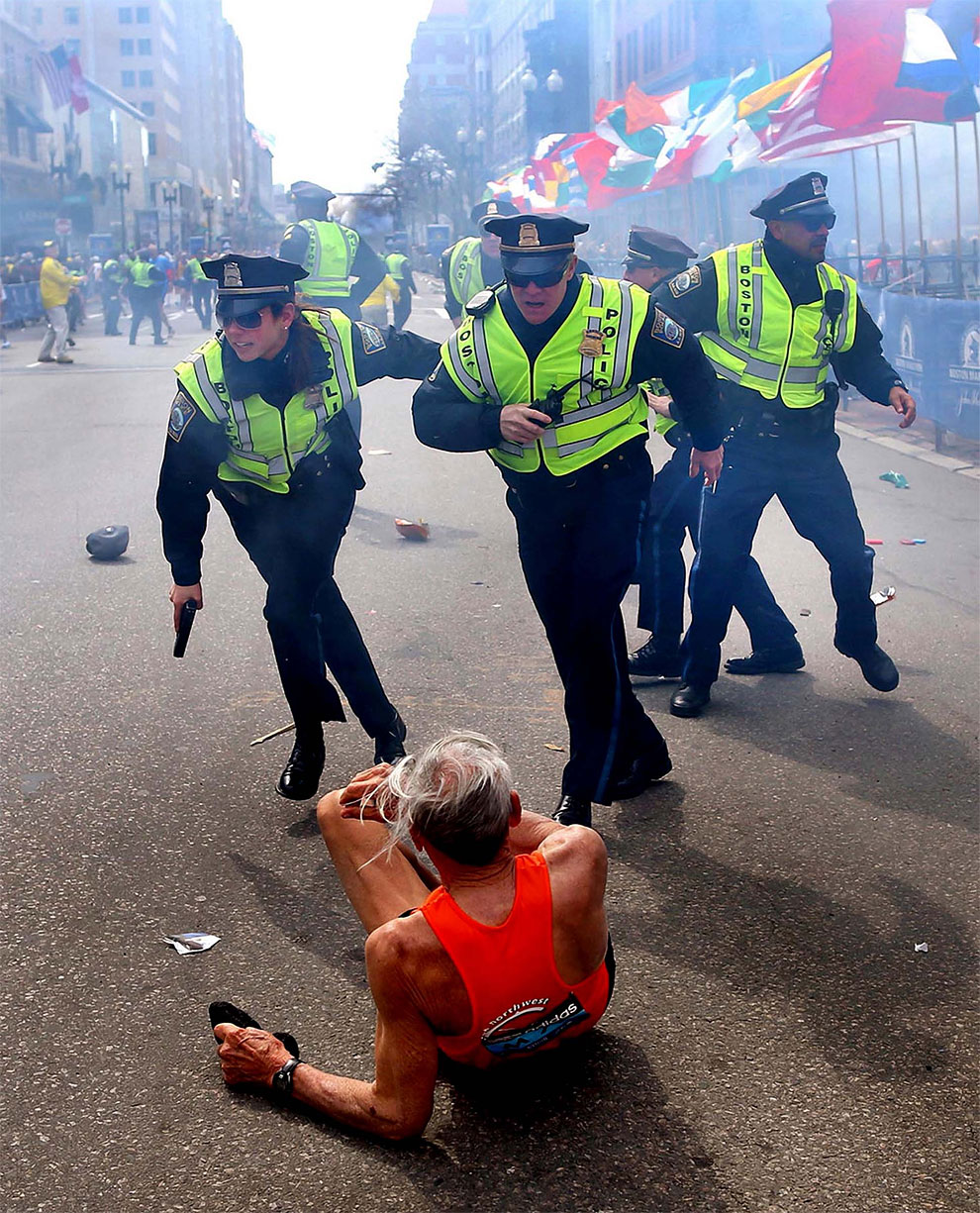 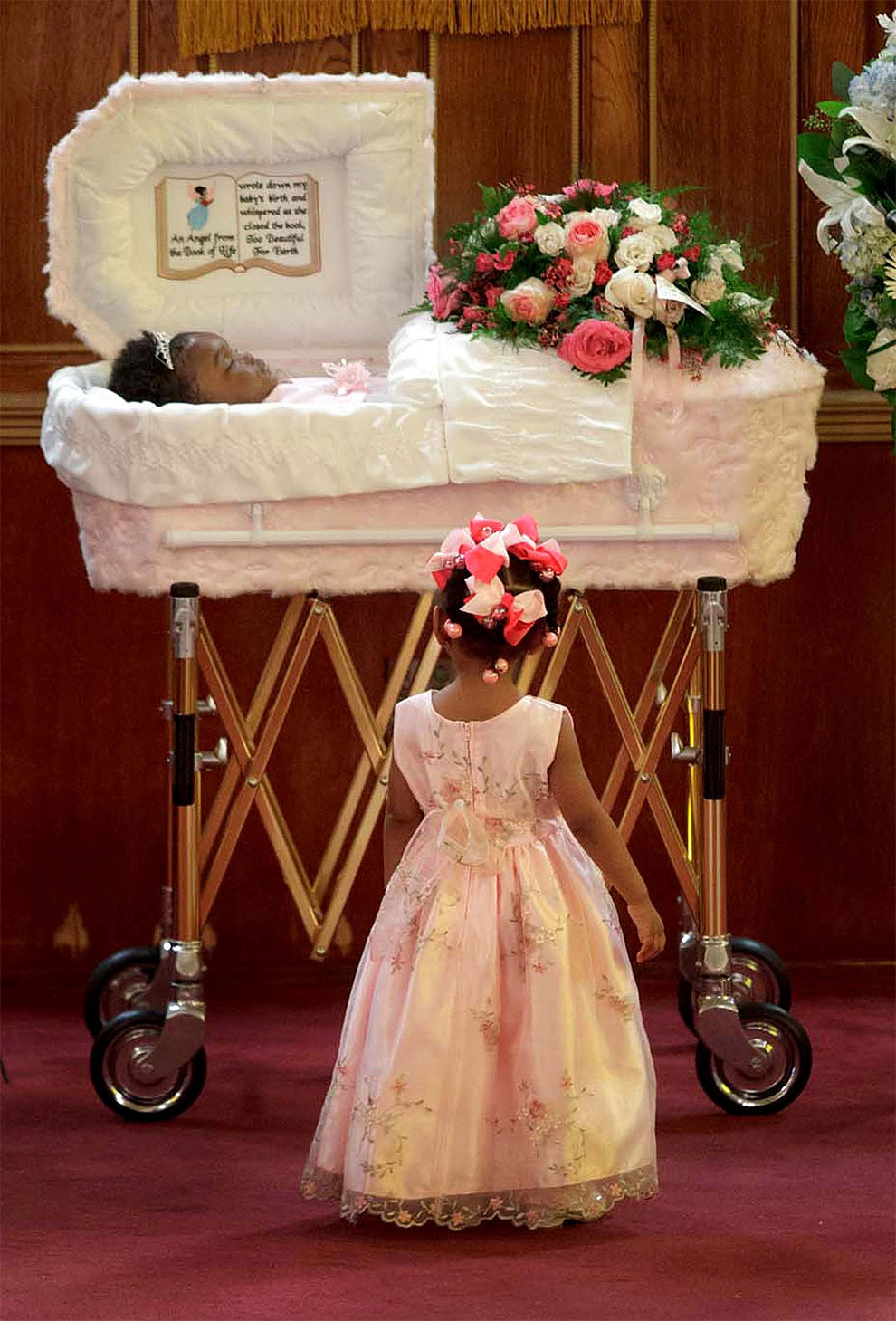 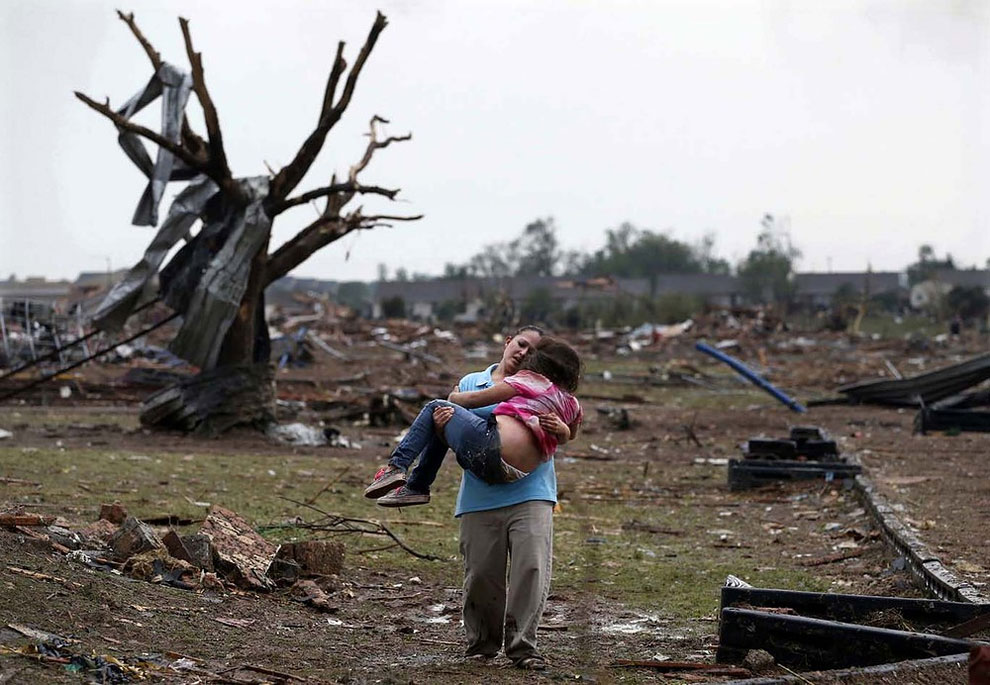 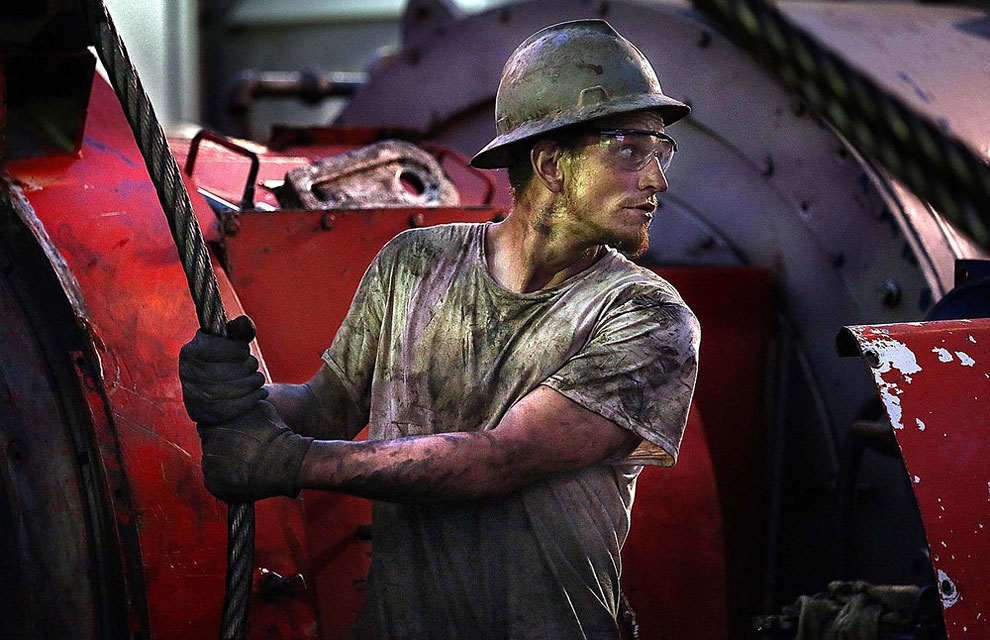 Cliff Edom “New America” Award. Jim Gehrz of the Star Tribune: In this photo from the essay, floor hand Ray Gerrish works to make repairs on a drilling rig as the sun rises. Men work around the clock at Raven Rig No. 1 near Watford City, one of nearly 200 towering oil rigs in the Bakken. (Photo by Jim Gehrz) 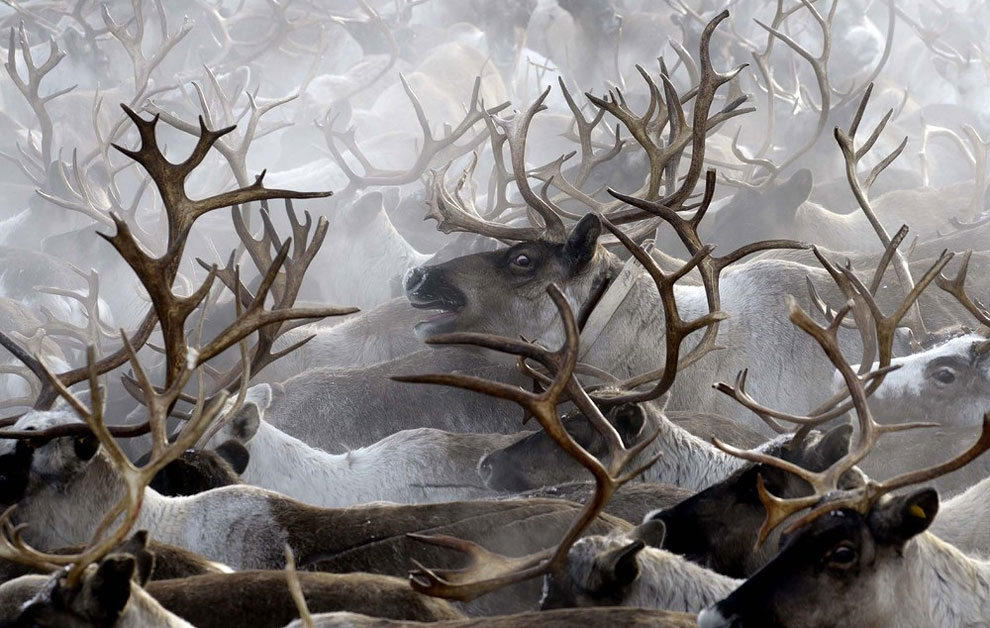 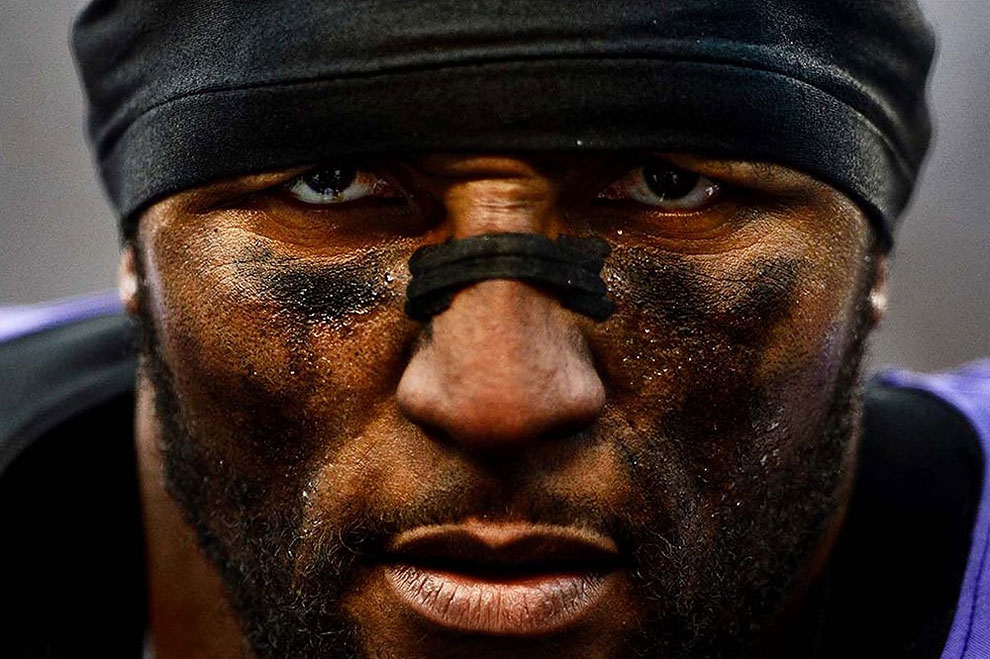 First Place, Sports Photojournalist Of The Year. One of 24 photos by Patrick Smith, freelance for Getty Images: Ray Lewis of the Baltimore Ravens looks on during his final home game, after defeating the Indianapolis Colts in the AFC Wild Card Playoff Game at M&T Bank Stadium in Baltimore, Maryland. (Photo by Patrick Smith) 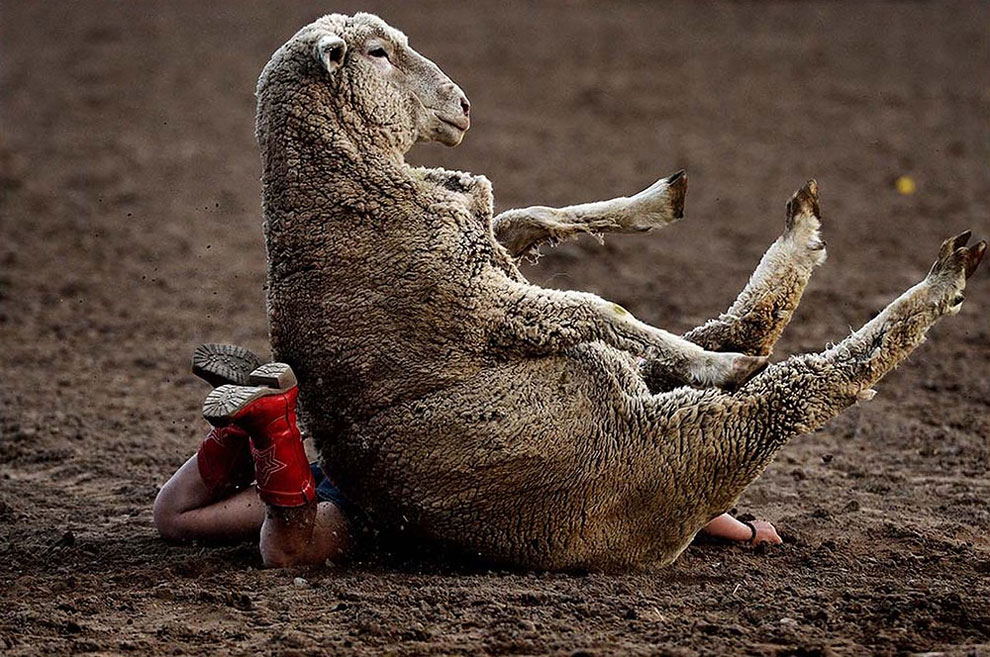 First Place, Sports Photojournalist Of The Year. One of 24 photos by Patrick Smith, freelance for Getty Images: Sadie Bezzant is crushed by a sheep during the pre-rodeo entertainment of mutton busting during the Strawberry Days Rodeo in Pleasant Grove, Utah. (Photo by Patrick Smith) 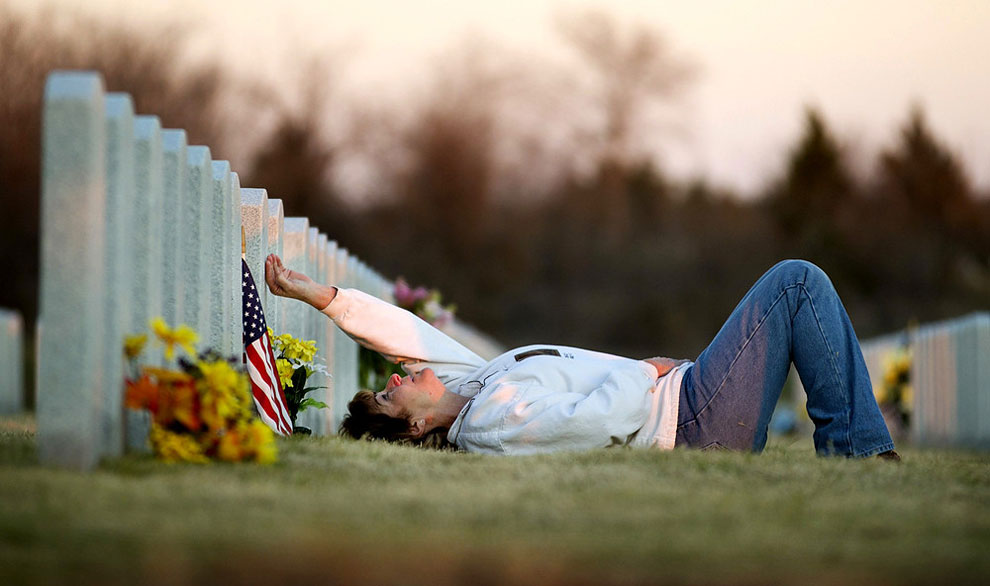 Honorable Mention, General News. Photo by Jay Janner of the Austin American-Statesman: Paula Brown Nichols visits the grave of her son, Cory Brown, at the Dallas-Fort Worth National Cemetery. She visits her son’s grave three or four times per week. Cory Brown committed suicide in 2011 after suffering from PTSD after a tour of duty in Iraq. Since the wars in Iraq and Afghanistan began, roughly twice as many Texas Army National Guard soldiers have died of suicide as in combat. (Photo by Jay Janner) 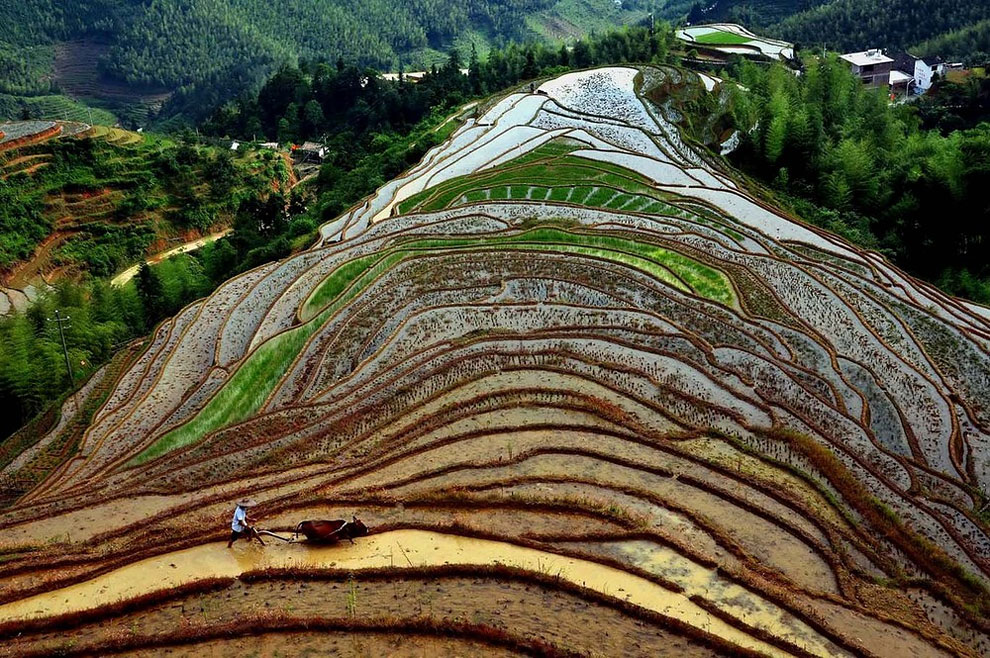 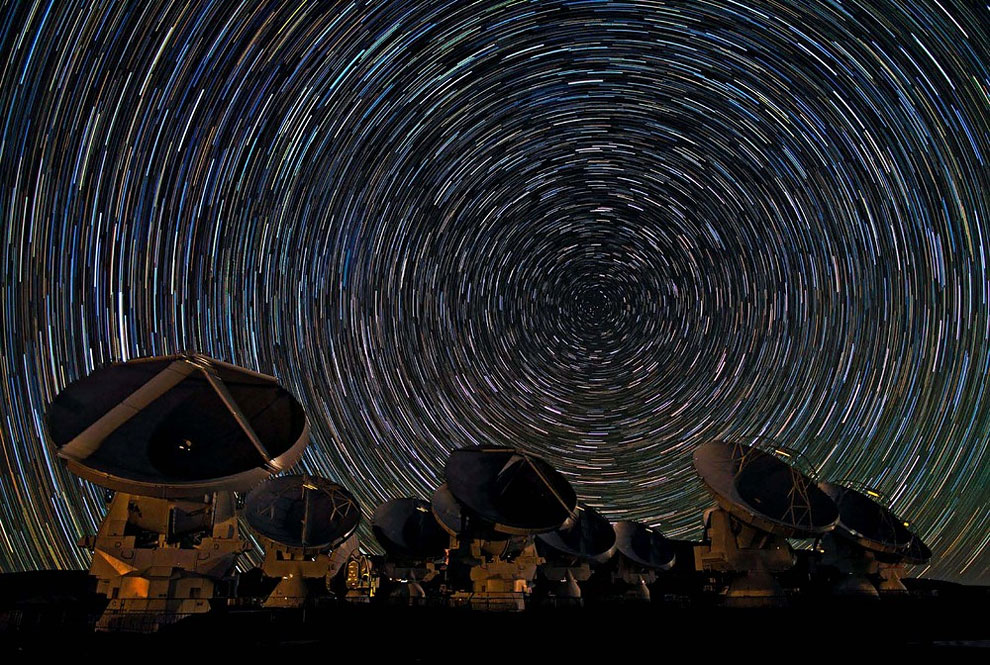 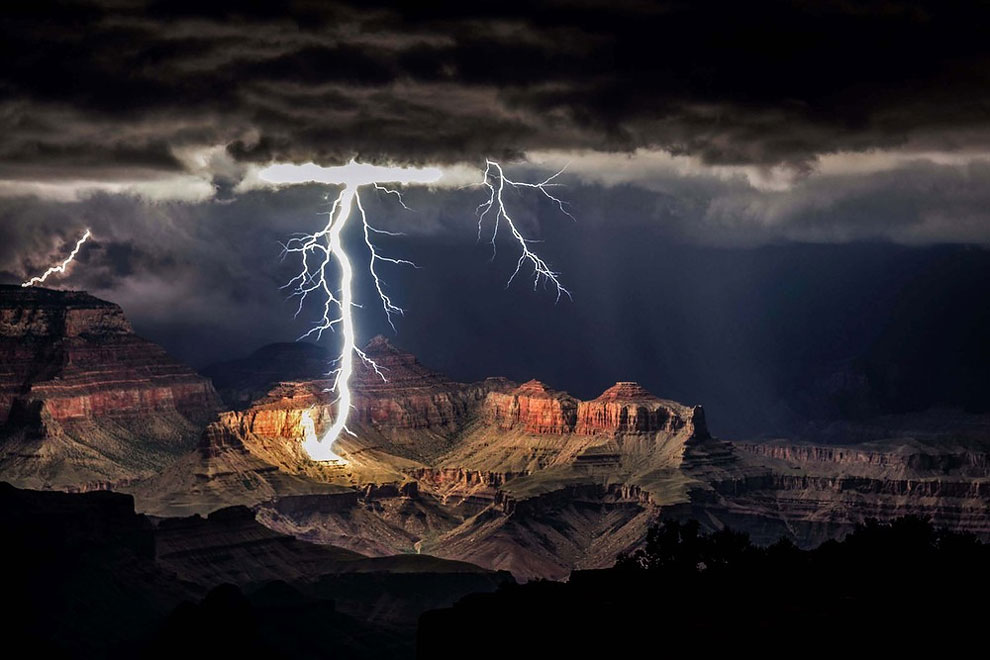 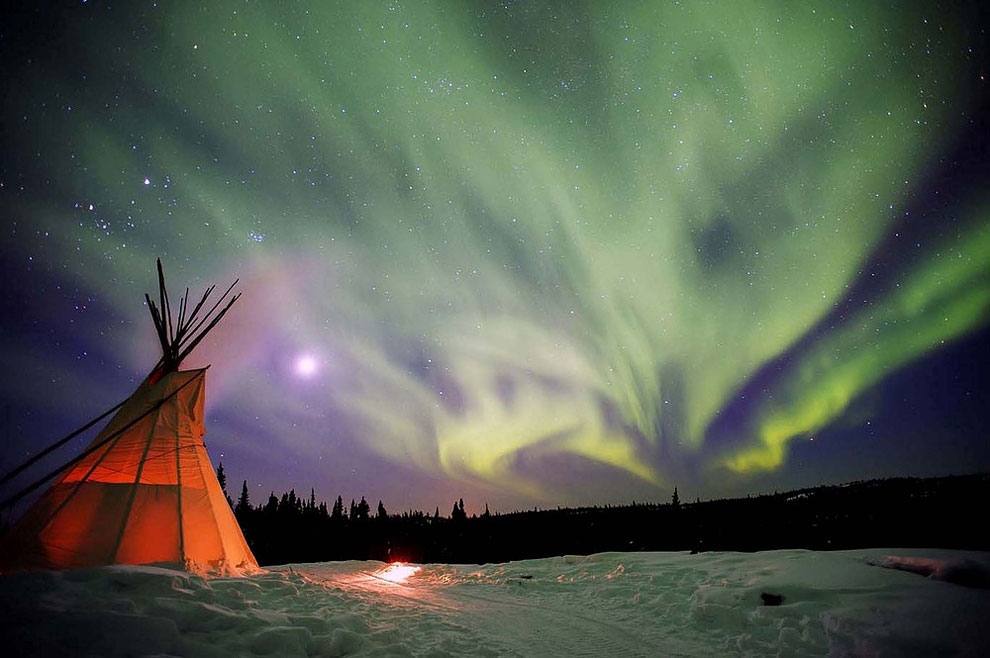 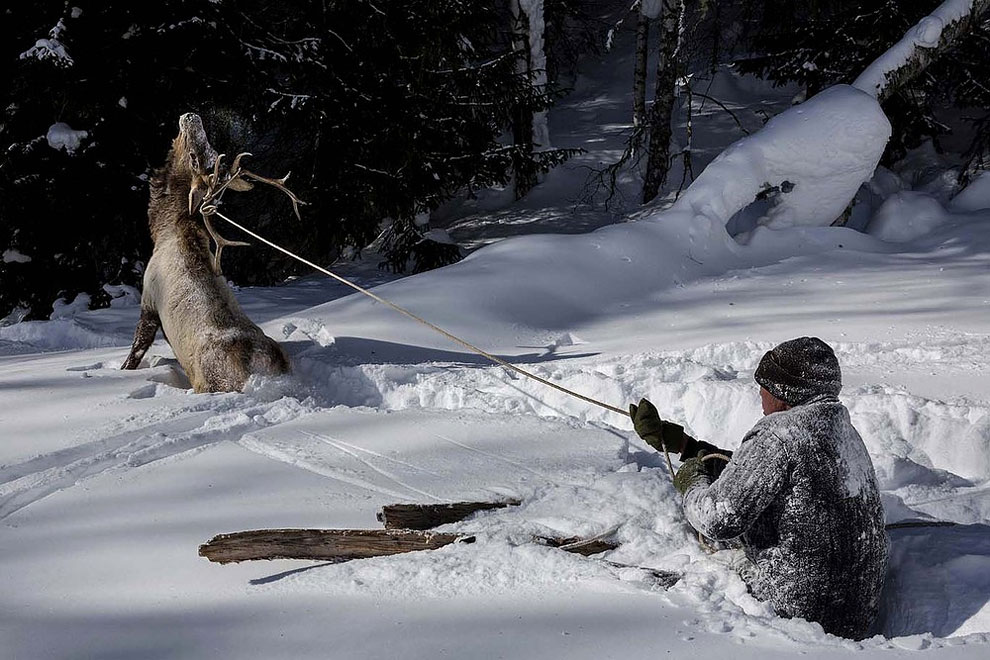 First Place, Sports Picture Story. One of twelve pictures by Jonas Bendiksen for National Geographic Magazine: In the far northern corner of China’s Xinjiang province, in the Altai mountains, one can find the last remnants of a culture that possibly invented skiing. The area is populated by a mix of ethnic Mongolians and Tuwas, who handmake their own rudimentary wooden skis in the same way as their forefathers thousands of years ago. They hunt using only their traditional skis and leather hide ropes. (Photo by Jonas Bendiksen) 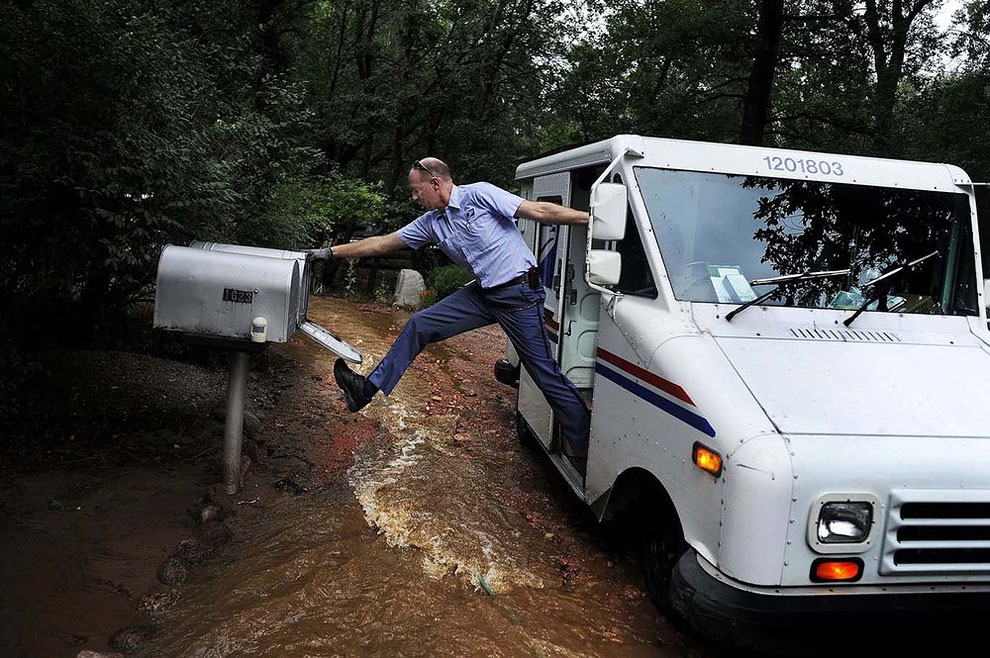 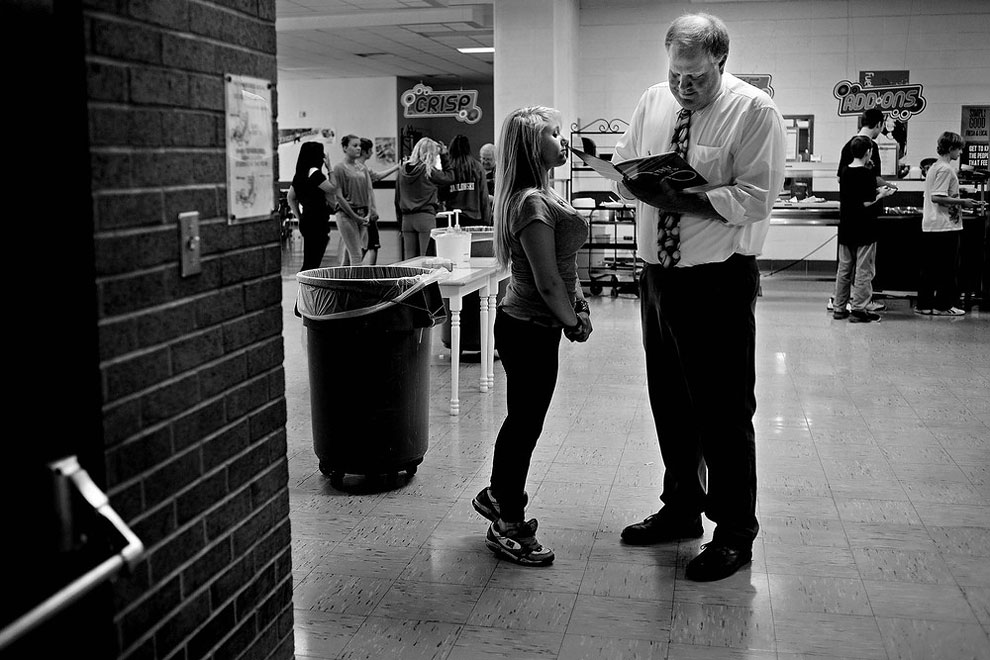 Photojournalist Of The Year (Small Markets). One of 32 pictures in the portfolio of Sean Proctor, of the Midland Daily News: Standing on her tip-toes to get a better view, Brandi Porter watches as principal Steve Poole writes in her yearbook during eighth grade lunch at Central Middle School in Midland, Mich. Population shrinkage and declining enrollment led to the school’s shutdown, with most students and faculty transferring to other schools in the district. (Photo by Sean Proctor) 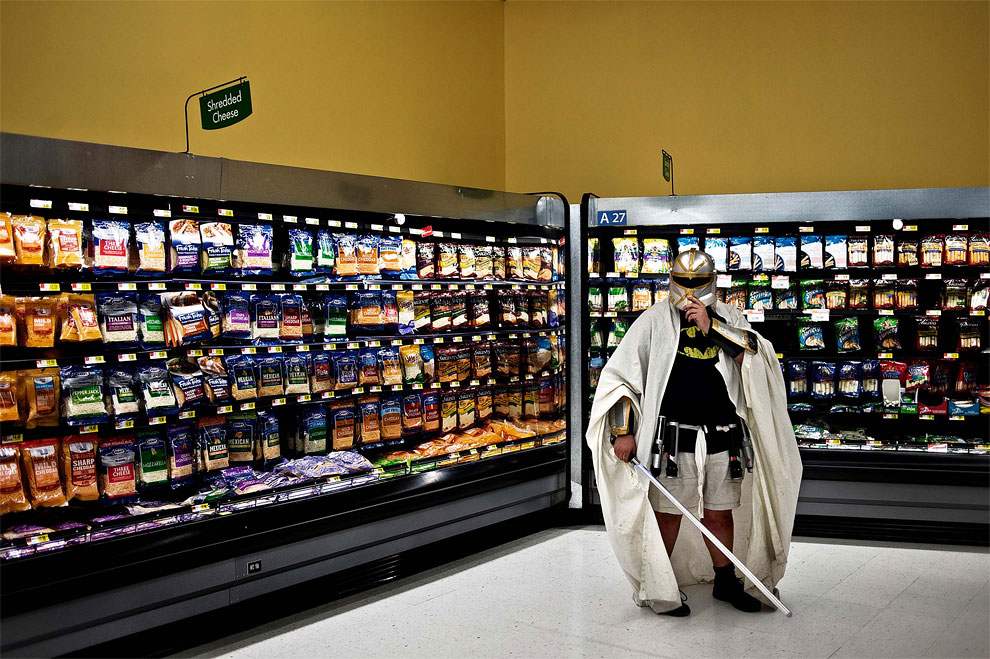 Photojournalist Of The Year (Small Markets). One of 32 pictures in the portfolio of Sean Proctor, of the Midland Daily News: Carl Williams adjusts his mask and looks down the aisle as he prepares to fight Scott Comer in a Wal-Mart in Midland, Mich. The pair were afraid they were going to get kicked out, but after they started dueling, some employees came up and started videotaping the fight. (Photo by Sean Proctor) Honorable Mention, General News. Photo by Kevin Dietsch: First Lady Michelle Obama attempts to restrain the family dog Sunny after he startled Ashtyn Gardner, 2, of Mobile, Alabama, causing her to fall during a holiday craft event, in the State Dining Room at the White House. (Photo by Kevin Dietsch) 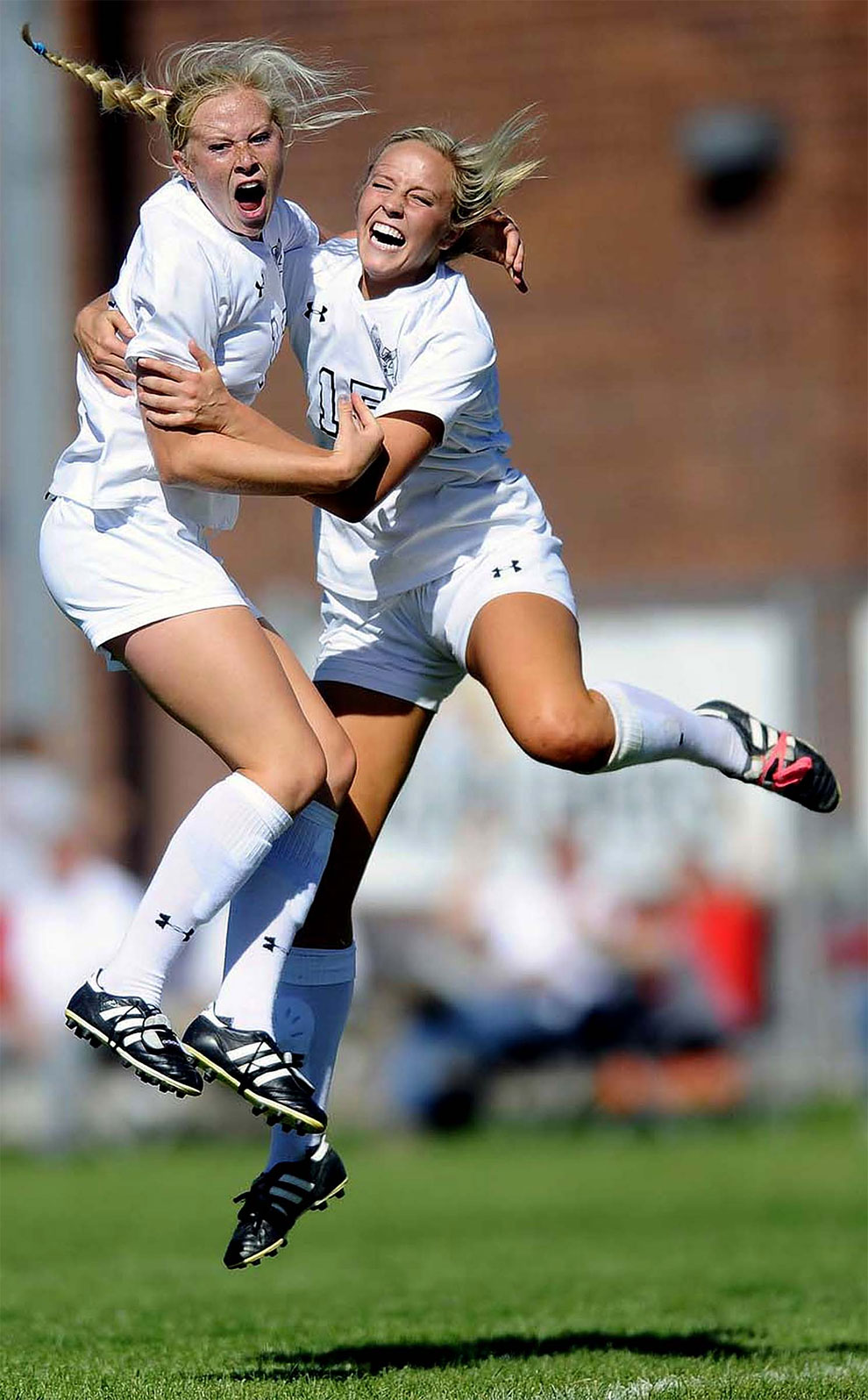 Fabulous Vintage Photos Showing The Amazing Women’s Street Style From The 1920s
Arnold Genthe’s Cats : Women Posing With ‘Buzzer’ From A Century Ago
Animal Orchestra
Individuals Photographed With Their Most Treasured Items
Beautiful Gingkgo Trees Attract Visitors
Photographer Michael Lee Captures London Like You’ve Never Seen Before
Photographer Transforms His Kitchen Into a Skatepark for Fruits and Vegetables
‘Dawn of the Planet of the Apes’ with Andy Serkis and Gary Oldman
Photographer Tom Hegen Captures Breathtaking Futuristic Photos Of Dutch Greenhouses At Night
Photographer Matthew Abbott Documents Australia’s Bushfire Crisis In Terrifying Pictures
Teenager Does An “It”-Themed Photoshoot With His Baby Brother, And It Will Give You Nightmares
“The East End In Colour”: Rare And Gorgeous Kodachrome Photographs Of London In The 1960s And 1970s
Nostalgic Photos Of American Teenage Girls At Texas Beaches During The 1980s
National Geographic Unveils Its 50 Most Beautiful Travel Photos Of 2016’s
Extreme On Water Marine Photography By Kurt Arrigo
Some Entries For 2016 National Geographic Travel Photographer Of The Year Contest
7th Annual Focus on Nature Photo Contest Winners
Beautiful Rare Black And White Photographs Of 20 Year Old Norma Jeane Dougherty (Later Marilyn Monroe) On Malibu Beach In 1946
Spectacular Winning Photos Of Bird Photographer Of The Year 2021
The Monster Building: Photographer Tristan Zhou Captures Epic Photos Of Dystopian Asian Cityscapes
Exploding Flowers by Martin Kilmas
UK Astronomy Photographer Of The Year 2016 Shortlist
It’s The United States Of Air-Merica
Smart Guides For Chinese Parliament Delegates
Photographer Captures Stunning Overhead Shots Of An Island In Finland During All Four Seasons
Amazing Portrait Photos Of Iranian Women From Between The 1920s And '50s
Photos Of The Europe’s Most Spectacular Car Graveyards As Discovered By Daredevil Outo-Obsessed Explorer
The Couple that Laughs Together
Science Fiction & Fantasy Costume Contestants Posing At The 24th World Science Fiction Convention In Cleveland, 1966
"Metamorphosis of Self": Photographer Erika Zolli Creates Surrreal Representations of Herself
association, awards, national, photographers, photojournalism, press