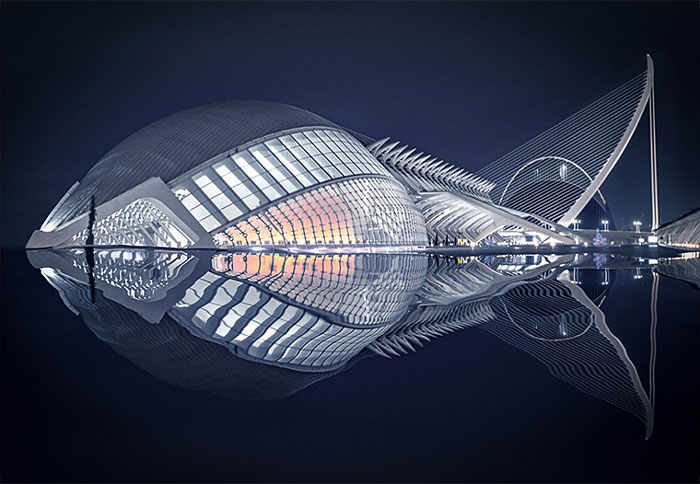 Art comes in many shapes and sizes, whether it’s visual, aural or experiential, digital or physical, written or drawn—the list can be as extensive as human imagination and ambition is.

And then there’s art inside art, a sort of combined art (artception… no?) that adds a whole new dimension to how we live it. Take architecture and photography, for instance. Both are considered forms of art and both can coexist together inside a single medium to create a marvelously unique experience.

Well, the Chartered Institute of Building’s (CIOB) Art of Building photography competition deals with just that: encourages photographers around the world to immortalize buildings and structures from a perspective that was never seen before.

The CIOB recently hosted their 10th annual Art of Building photography competition, which serves as an international showcase for the best digital photography of the built environment. Bored Panda reached out to the CIOB for an interview on this year’s competition, the winners of which you can find below. We also got in touch with Pedro Luis Ajuriaguerra Saiz, the winner of this year’s Judge’s Prize in the Art Of Building competition with his photo entitled Fish.

“Metrostation” By Aleksandr Bormotin, Winner Of The Public Choice Aw 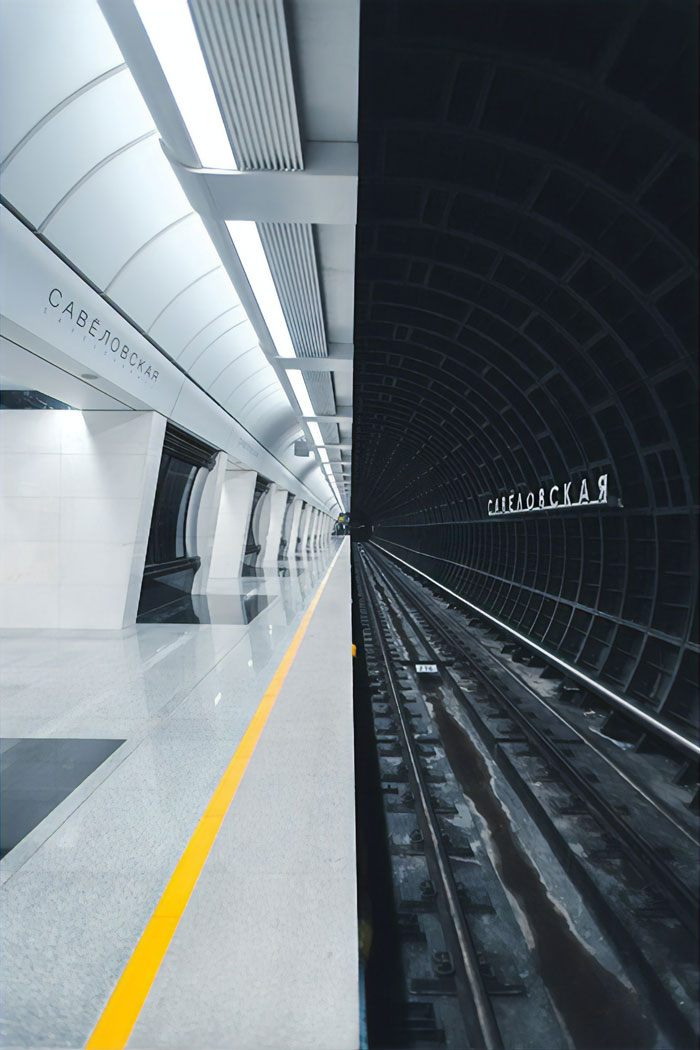 The Art of Building photography competition is run by the Chartered Institute of Building as a celebration of the construction industry, the passion of the individuals in it, and the impact that their work has on those who make use of the final construction. 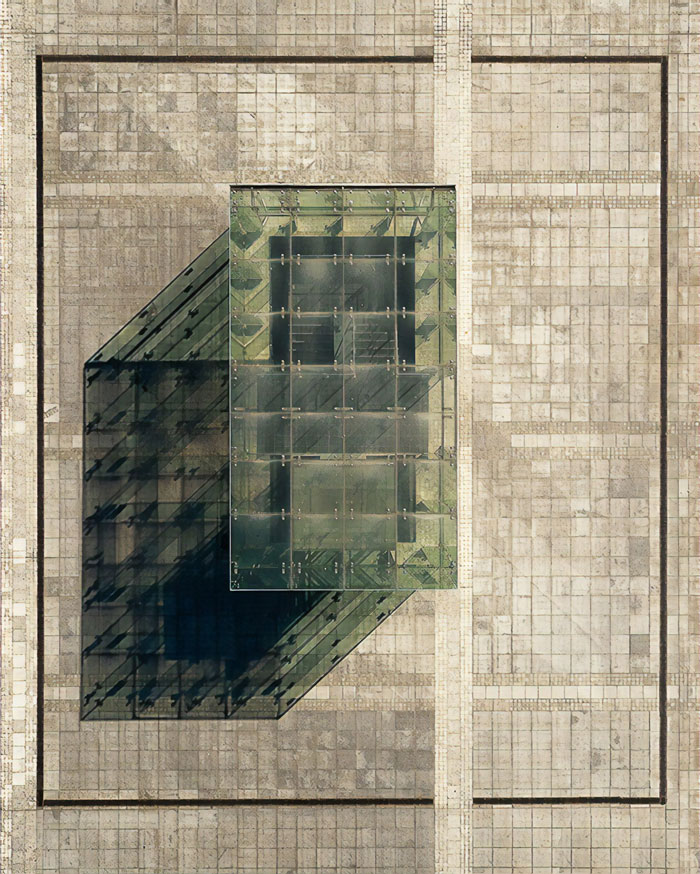 According to Saul Townsend, the Head of Content and Communications at the CIOB, this year they had more than 3,500 photo submissions coming in from over 100 countries around the globe. This amounts to almost 40,000 entries over the entirety of the competition since its launch in 2010. 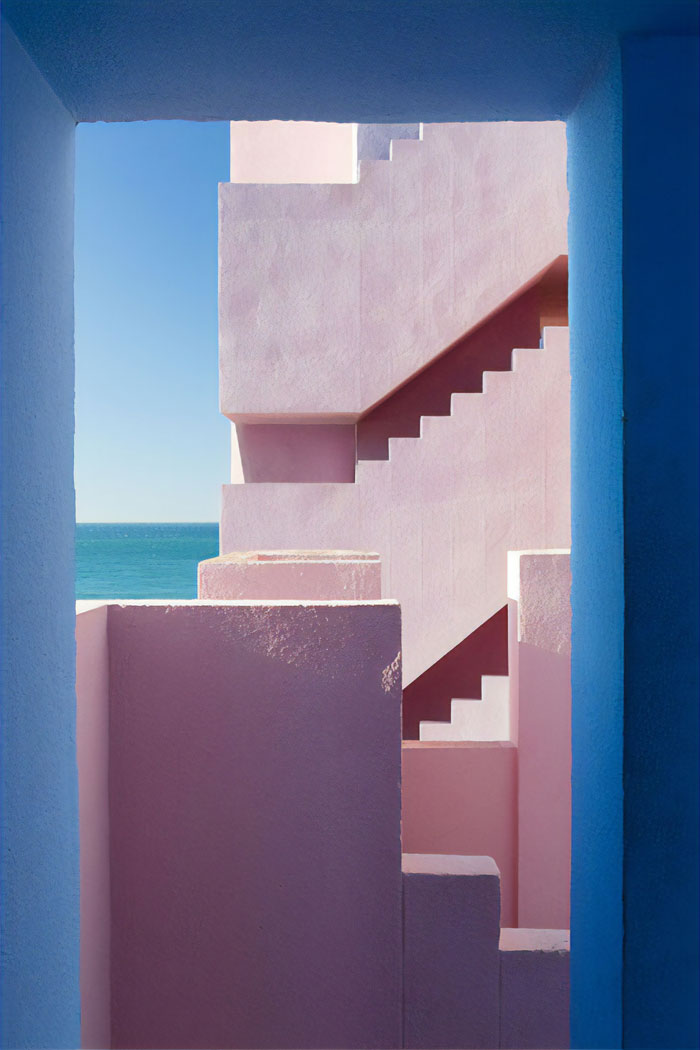 “We have had almost 40,000 entries into the competition over the years and just when you think you have seen it all, something comes and surprises you. Skyscrapers, for example, are fantastic photography candy, the sheer size and scale make them a great photo to take,” explained Townsend. 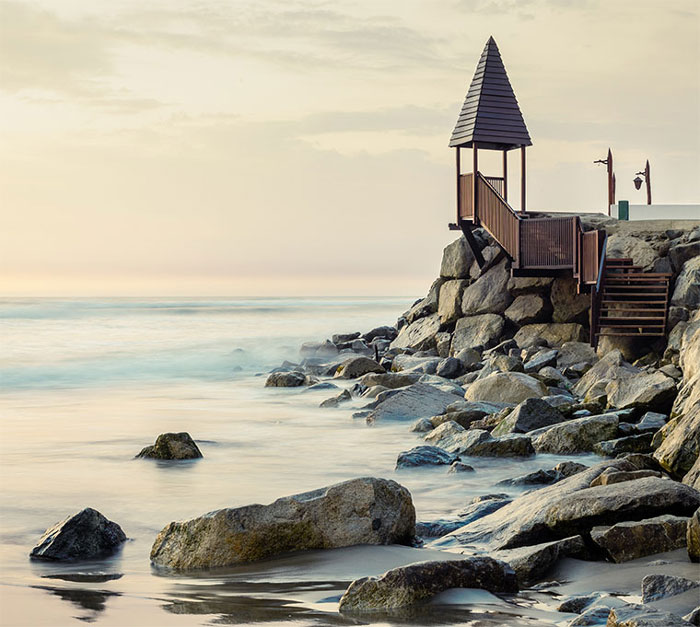 Pedro Luis Ajuriaguerra Saiz explained that it feels great to have won the Judge’s Prize at this year’s CIOB Art of Building competition, and it’s for more reasons than one: “To receive news that you are the winner of the Art of Building photography competition gave me unequivocally great satisfaction, not only for the prize, but also because my work was recognized by professionals in the sector.” 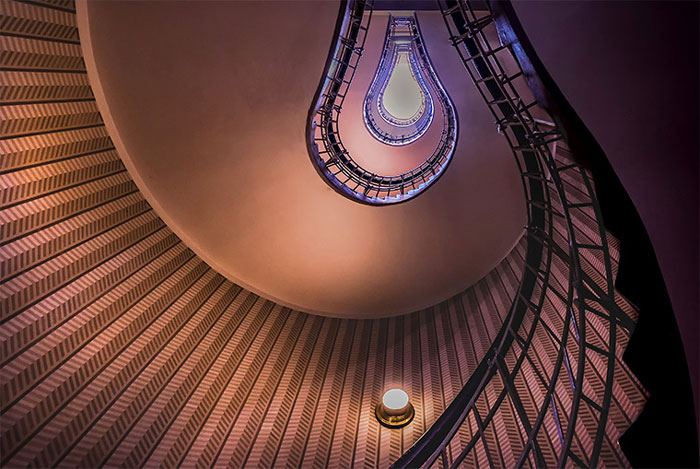 Saiz continued: “You see, photography does not understand that countries or cultures speak for themselves. Seeing your award-winning work in UAE, Paris, USA, London, Italy, etc. cannot leave you indifferent and encourages you to continue expressing your way of seeing architecture.” 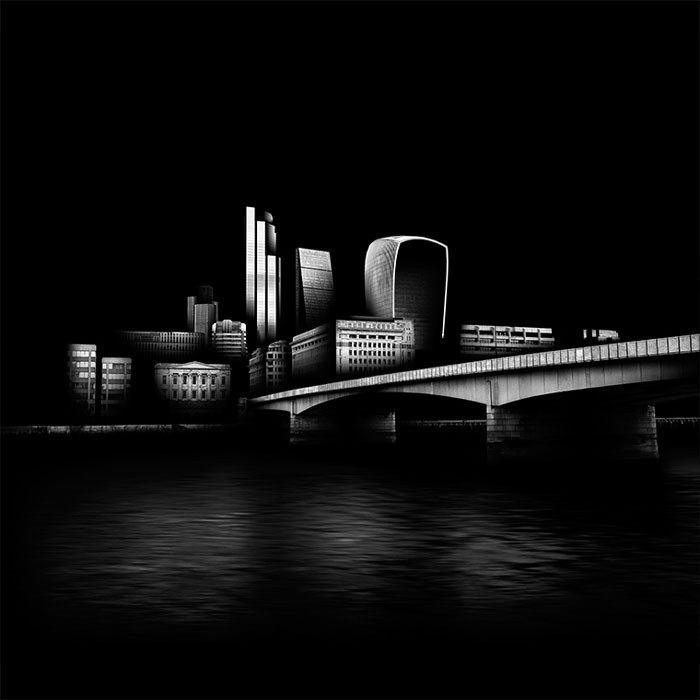 It turns out many of this year’s entries were more urban-styled photography with a few exceptions, prompting people to ask what was left behind. “What we don’t see often are more humble buildings like housing, and yet these are the buildings we spend most of our lives in,” explained Townsend. “I remember a recent photographer submitting a photo of her childhood home which her parents helped build. That submission was all about the emotion of their home and the fond memories she had of living there.” 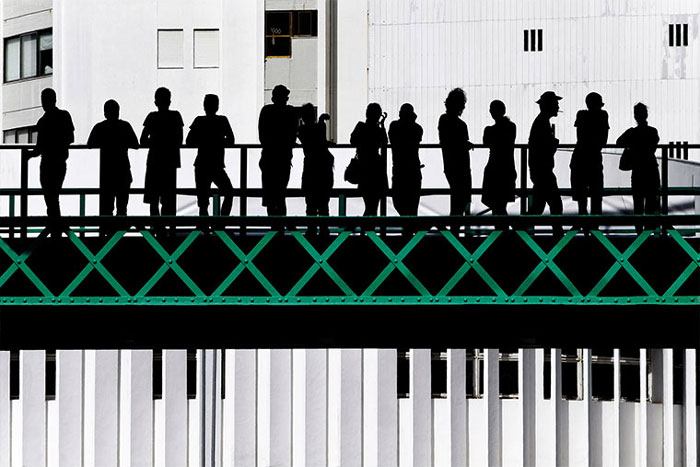 None of this year’s winners, unfortunately, photographed the humble architecture that Mr. Townsend was talking about. Many of them are grandiose structures in an urban setting, with a few exceptions of more modest constructions surrounded by nature. Despite this, these swayed the hearts of many viewers with their exceptional uniqueness and beauty. 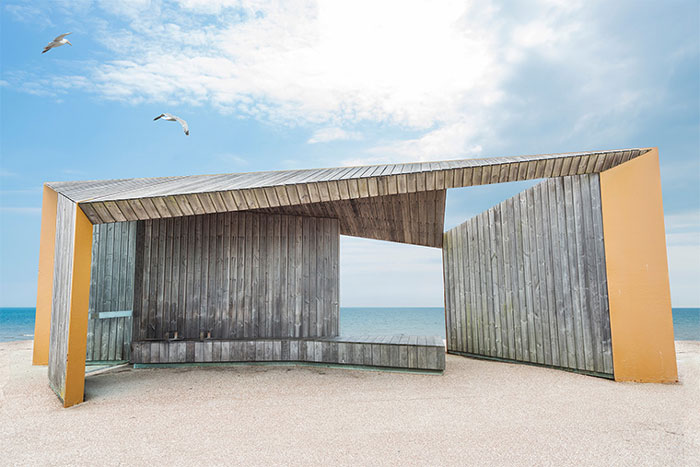 Although there are clear criteria for choosing the contenders for the public vote, picking out the best of the best proved to be quite difficult as Townsend explained: “It is super difficult because the buildings are so varied. What we are looking for is something unusual, a different perspective, the photos that tend to do well are the ones that surprise the public.” 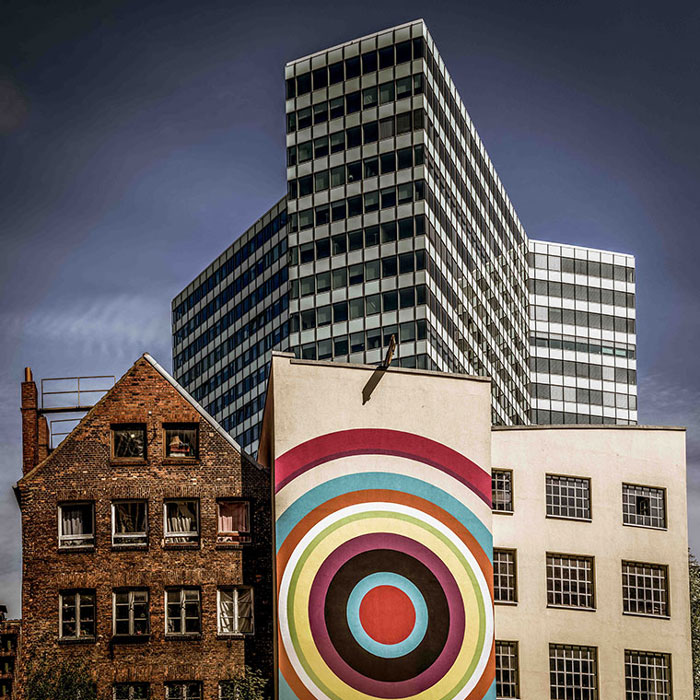 It wasn’t easy for Saiz either, as he had to put in a lot of effort in the planning of his Fish photo: “The conditions have great influence over the photo: for example, Fish was shot during the night, it should be a clear night, without rain and with little wind so that the reflection in the water can be clearly shown.”

“At Work” By Volker Sander 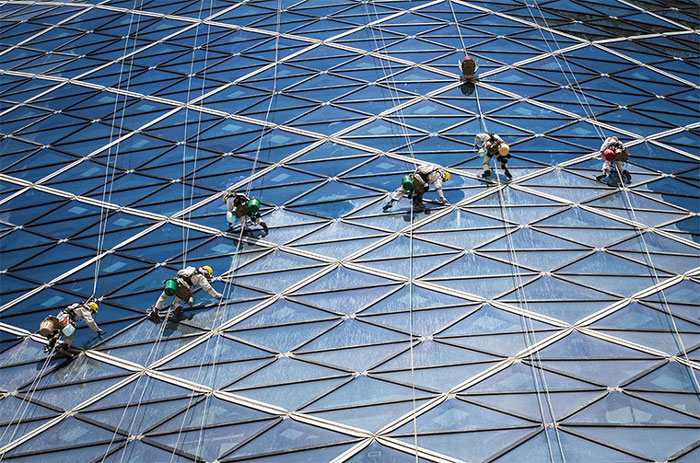 He also noted that the inspiration behind Fish is the same as it would be with any other photo he takes of an architectural endeavor: “The inspiration lies in yourself and what you expect from the place.” 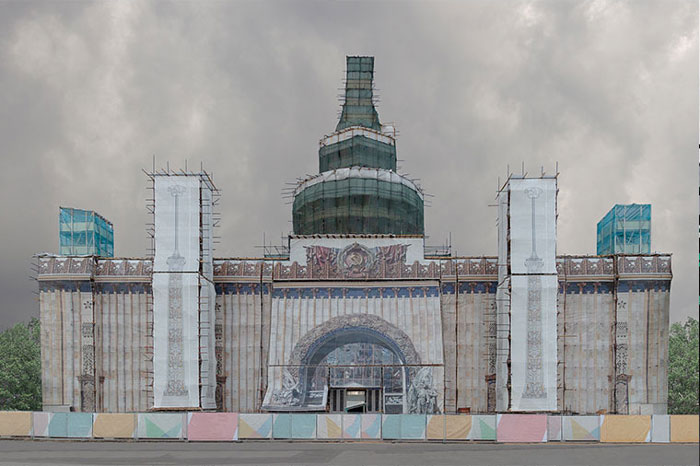 Pedro Luis Ajuriaguerra Saiz continues to work on similar architecturally-based projects—actually, similar to the one that netted him the Judge’s Prize award: “At the moment, I am immersed in a project called BIONIC, in which the symmetrical repetitions of architectural figures let us see hidden beings. Something similar to the concept of my award-winning picture, but put even more creatively.”

Burning Man 2018 Mega-Post: Awesome Photos From The World’s Biggest And Craziest Festival
Incredible Winning Photos From The Nature Photographer Of The Year 2020
Japanese Photographer Captures Stunning Images Of "Time-Traveling Samurai"
"Flight Attendants" by Brian Finke
Total Strangers Who Could Actually Be Identical Twins
Rare And Awesome Behind the Scenes Photos of “Star Wars” Special Effects
2021 Lavazza Calendar: The New Humanity
Spanish Photographer Creates Mind-Bending Images Will Give You A Different Perspective Of The World
Photographer Johnny Rudeboy
The Winners of the 10th Annual CGAP Photo Competition
A Small Town In Siberia Keeps It's Own Secrets At Night In Surreal Photographs By Vlad Tretiak
Urrban Nightscapes Of Hong Kong In Photographs By Nikolaus Gruenwald
U-118, a World War One Submarine Washed Ashore on the Beach at Hastings, England
National Geographic Photo Contest 2012: A Sneak Peek at the Top Shots
Studio Portraits of American Indians by Alexander Gardner From the 1860s
Winners Of The Guardian Readers' Travel Photography Competition - January 2018
New Stunning Entries Of The 2016 National Geographic Nature Photographer Of The Year Contest
"Lost In Translation": Cinematic Street Photos Of Tokyo By Yusuke Kubota
Beluga Whales: Play with me!
Rare and Amazing Photographs of Warsaw, Poland From the 1850s
Sexy Pictures Of ABBA’s Agnetha Faltskog Posed For Sweden’s Poster Magazine In 1976
This is the End... Bitch!
Couple Replaced 100 Framed Stock Photos At IKEA With Photos Of Themselves
How Soviet Space Dreams Became A Photographer’s Inspiration
architecture, art, contest