The Plastic Mosaic You Can See From Space: Spain’s Greenhouse Complex 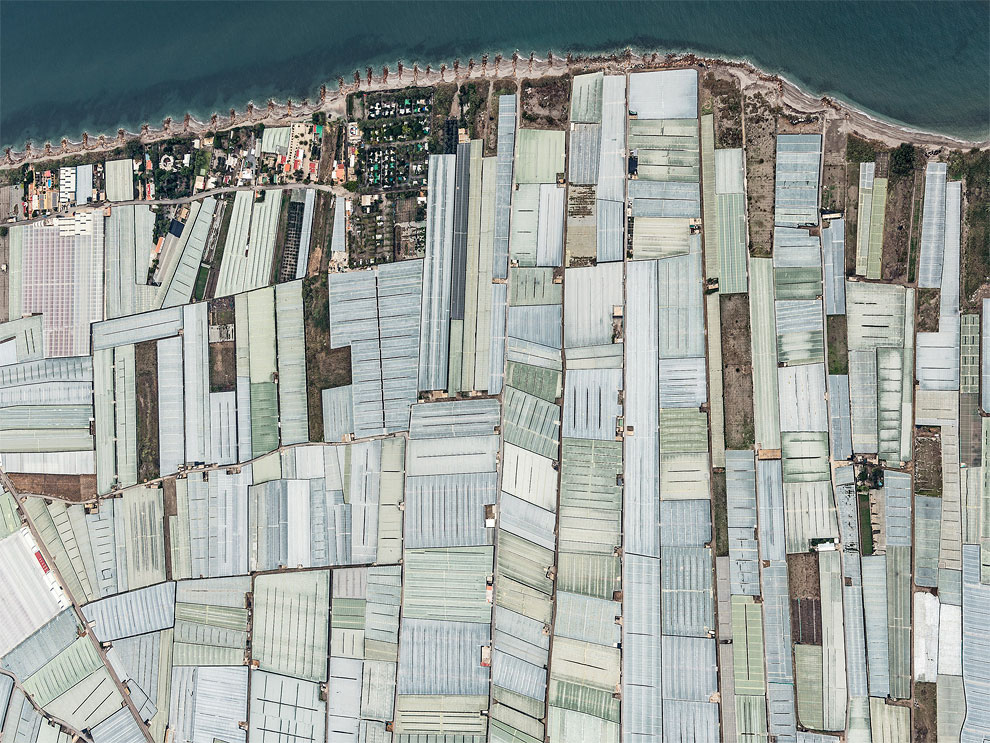 Mar de Plástico has been an area of intensive crop production since the 1960s. Exports of fruits and vegetables in 2012 amounted to 1.9 billion euros with 359 companies exporting from the complex. Almost 30 percent of Mar de Plastico’s production is exported to Germany, followed by France; the rest is sold in Spain itself. 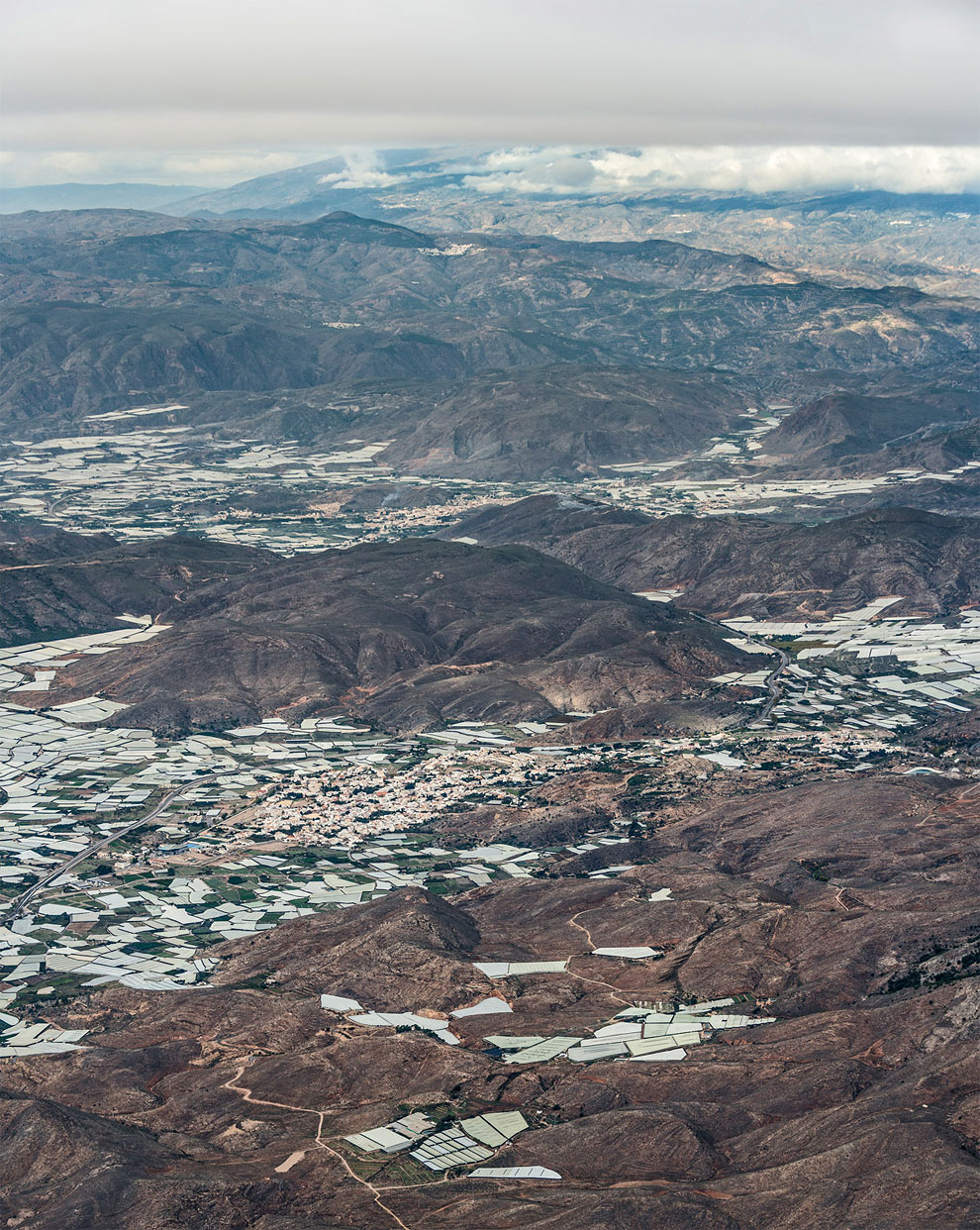 The first plastic greenhouse was built here in 1963, and to kick-start the development, Spain’s Instituto Nacional de Colonización drilled deep wells and installed pumps to supply water to the fields and distributed land plots to so-called colonizers in the early 1960s. This started intensive farming in the area. 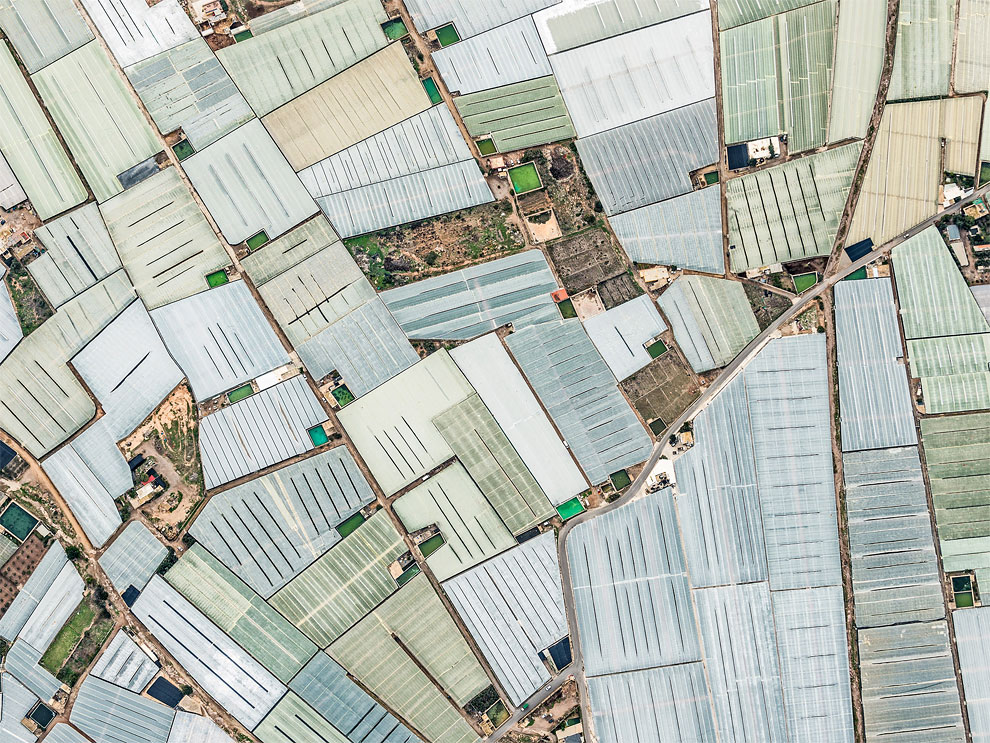 Since 2010, Munich-based photographer Bernhard Lang has been working on “Aerial Views,” a project that aims to show the impact of human beings on their environment as seen from the air. 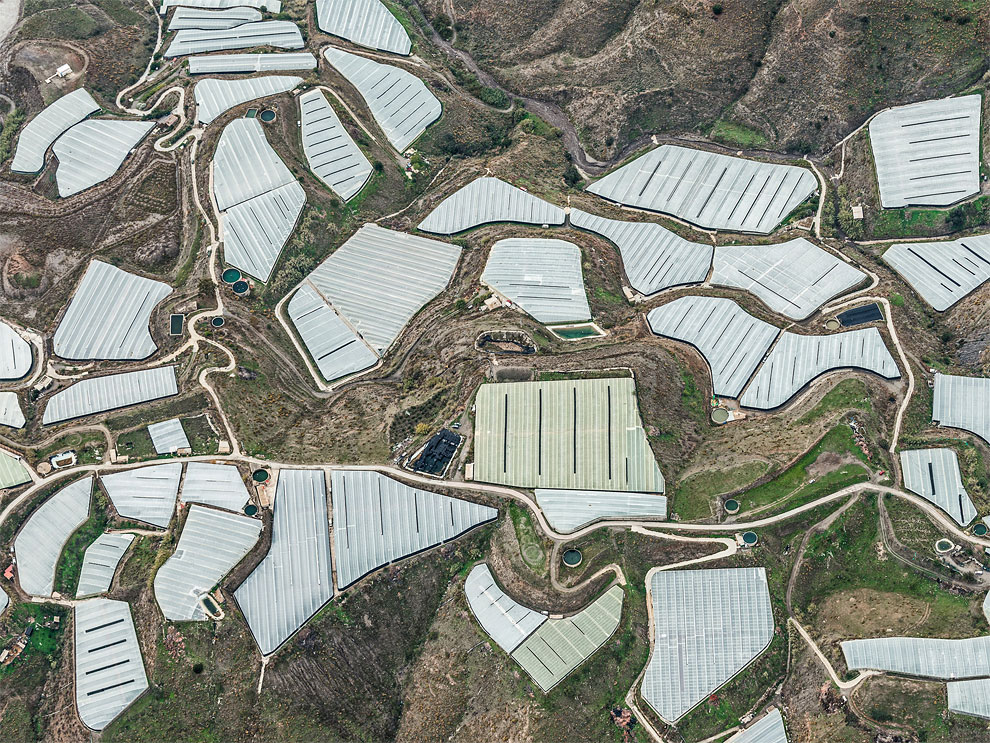 A report published by the regional government of Almeria in 2005 said the rapid expansion of greenhouses was causing damage to the water table, over-extraction of sand for plant bedding, and a pileup of agricultural waste. 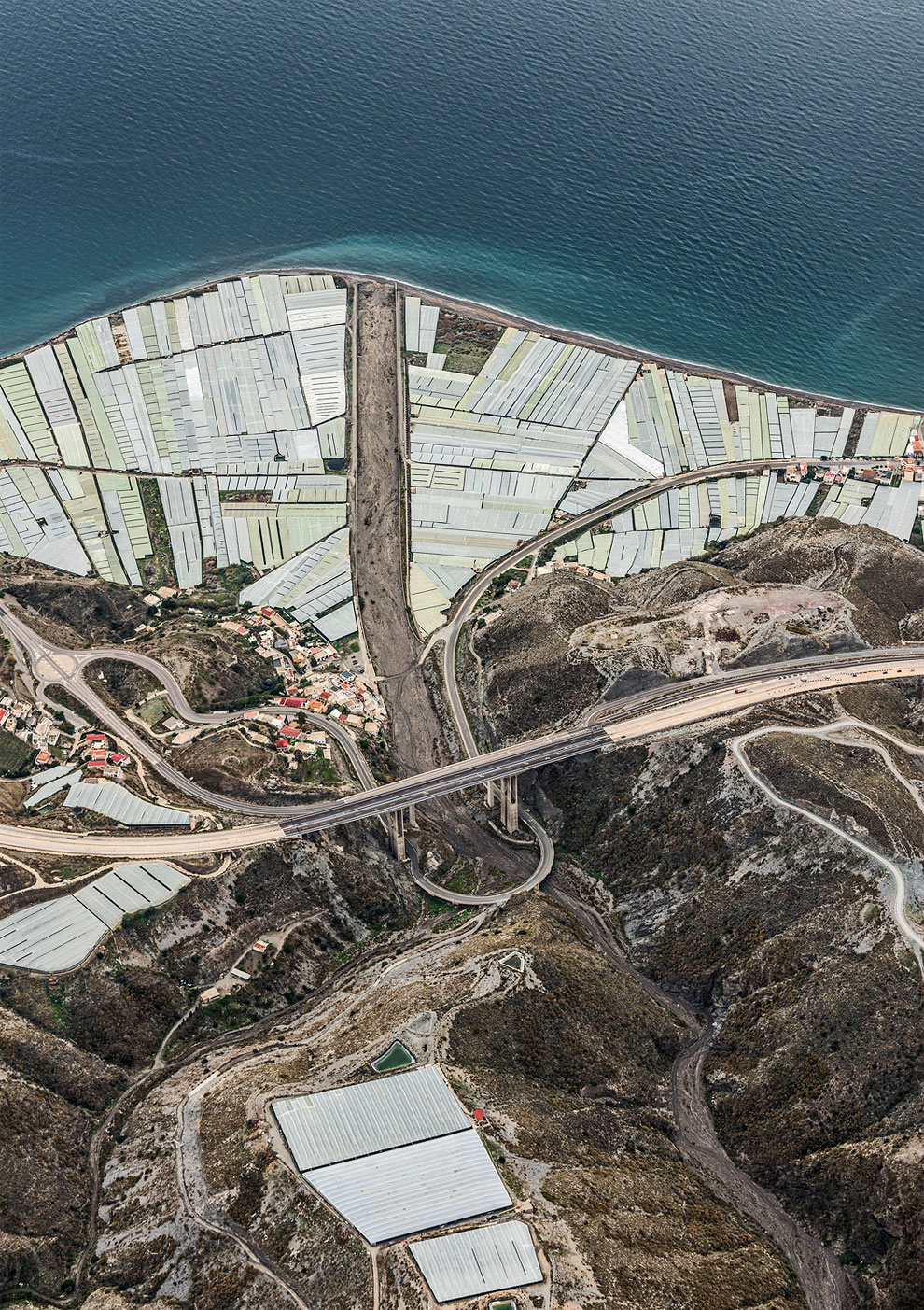 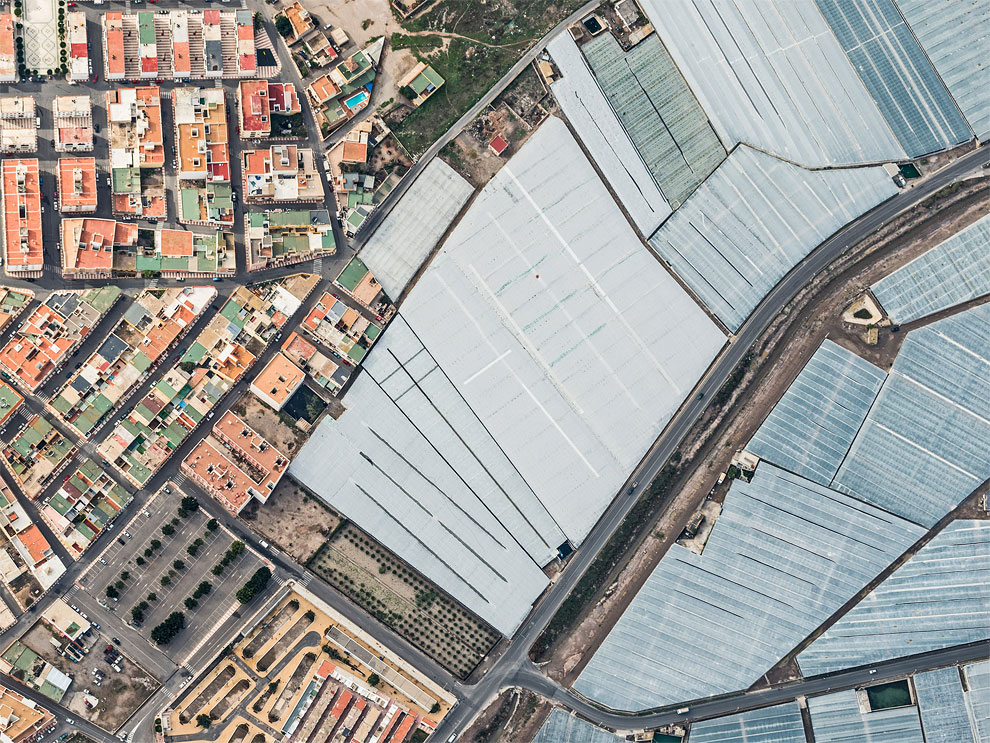 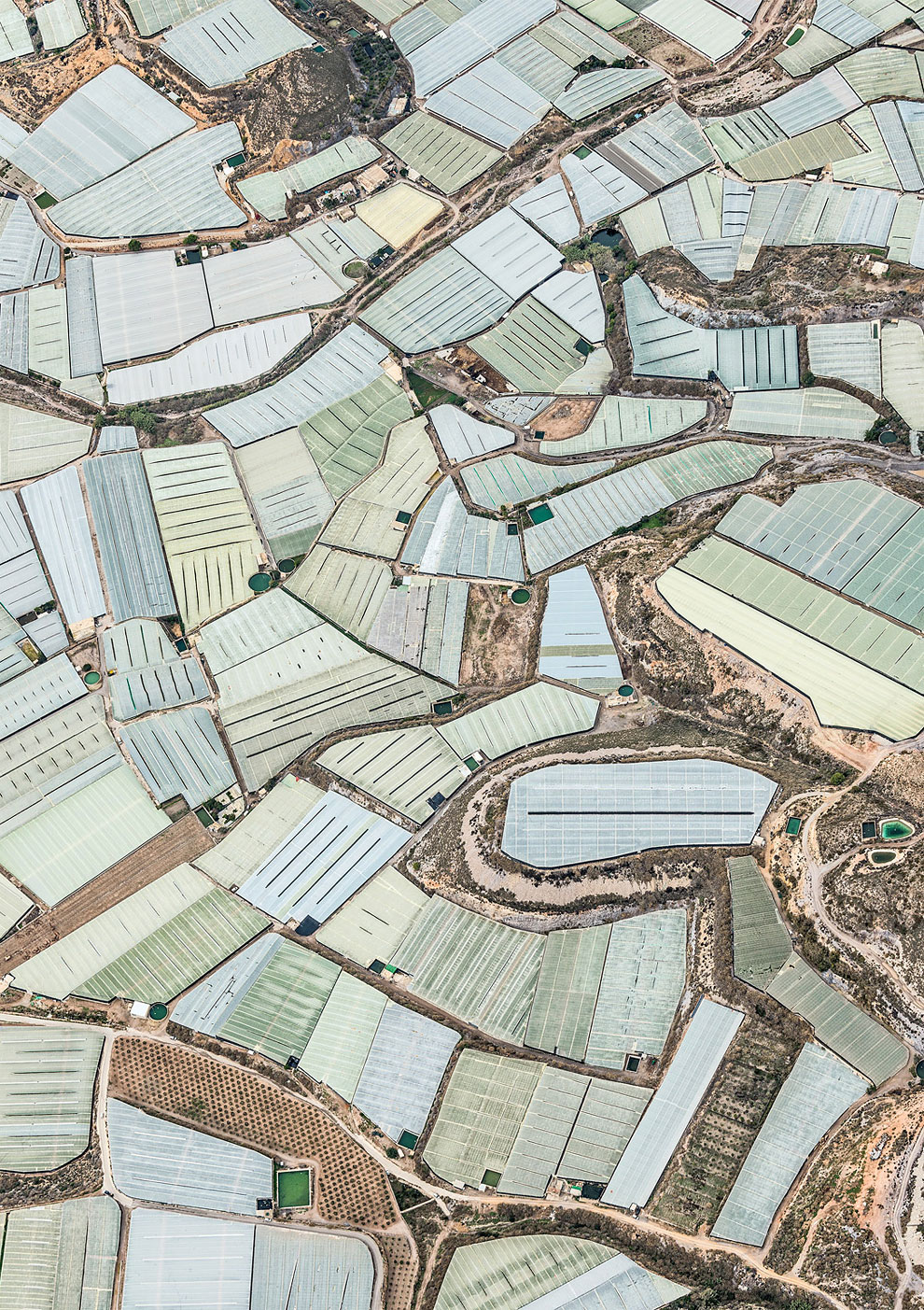 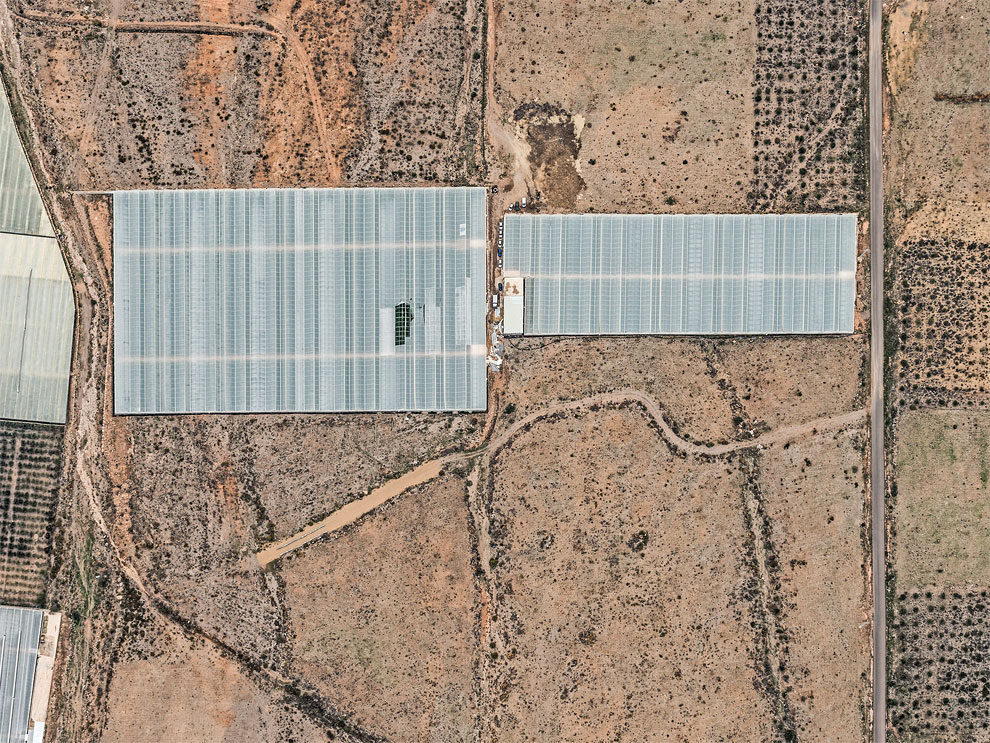 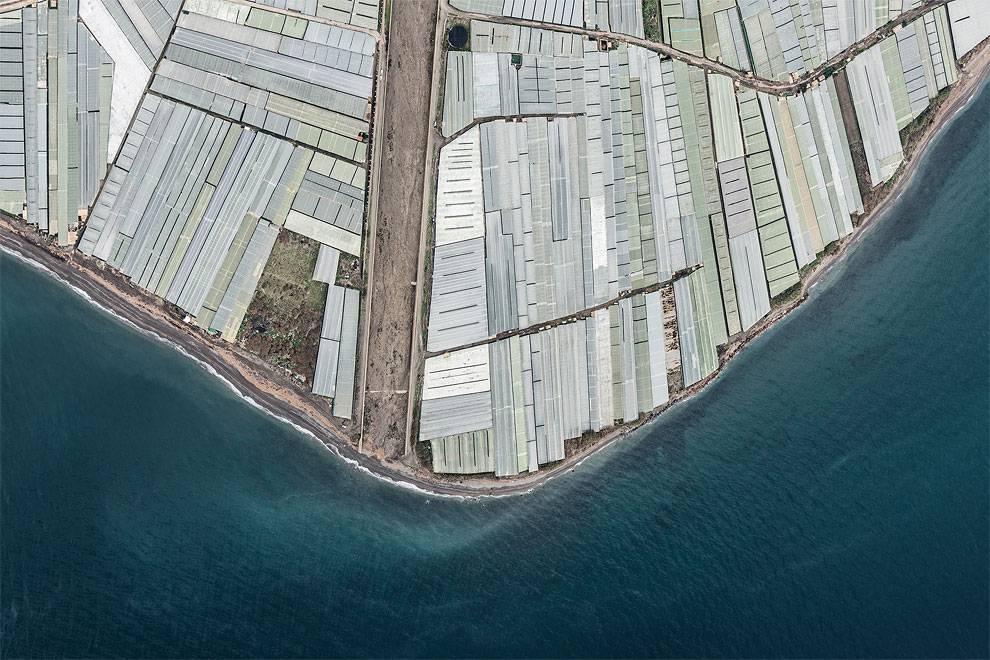 UK Underwater Photographer of the Year 2016 Winners
Stunning Pink Landscapes Of The Deadly African Congo
The Lost Golden Age: Soviet Russia, As Seen By Photographer Vladimir Sokolaev
Pizza In The Wild: A Surreal Photo Project By Jonpaul Douglass
Photograher Captures Photos From The Highest Places In Tokyo Show The Beauty Of The City
Stunning Real Photo Postcards Captured Street Scenes at Night in the 1960s
Invisible People: Stunning Street Photography Series Inspired By A True Story
Photographer Explores The Relationship Between Photography And Painting Through The Use Of Light
The America We Lost: Fascinating Found Photos Show How Life of the US Looked Like in the 1960s
Photo of the Day: Convoy of Hope
Two Brothers Photographed Every Stage Of The NYC Subway Construction, From 1900-1939
Spectacular Winning Photos Of The 2018 UK Underwater Photographer Of The Year Contest
Istanbul Inception: Surreal Turkish Cityscapes By Aydın Büyüktaş
"Motherland": Photos Of Unfeigned Russia By Simon Roberts
Photo of the Day: Mr. Bean
Censorship Tells the Wrong Story
Photographer Ludgero Filipe
Plane from U.S. Crash-Lands in Poland with 230 Passengers Aboard
Amazing Color Photos Capture Chicago's Street Scenes During The Blizzard Of 1979
"Poetic Dance in Nature": The Pastel and Romantic Universe of The Photographer Alexandre Delamadeleine
People Believe They’ve Noticed Art References In Popular Movies, Share Side-By-Side Pics On Twitter
The Amazingly Detailed Living Pictures That Show How Scenes Throughout History May Really Have Looked
Guinness World Records 2016 In Pictures
Try Not To Gag At These Photos Of Vintage Eating Contests!
Photo of the Day: A High-voltage Job
Stunning Cyberpunk And Futuristic Street Photography By Adrian Martinez
Photographer Zohaib Anjum Took Stunning Shots Of Some Of The World's Most Luxurious High-Rise Apartments
The Photographer Who Was Bitten By A Black Mamba… And Got The Shot
Lise Sarfati: She
Long Exposure Photos Of Glowworms Turn New Zealand Cave Into Starry Night
complex, greenhouse, mosaic, plastic, space, spain