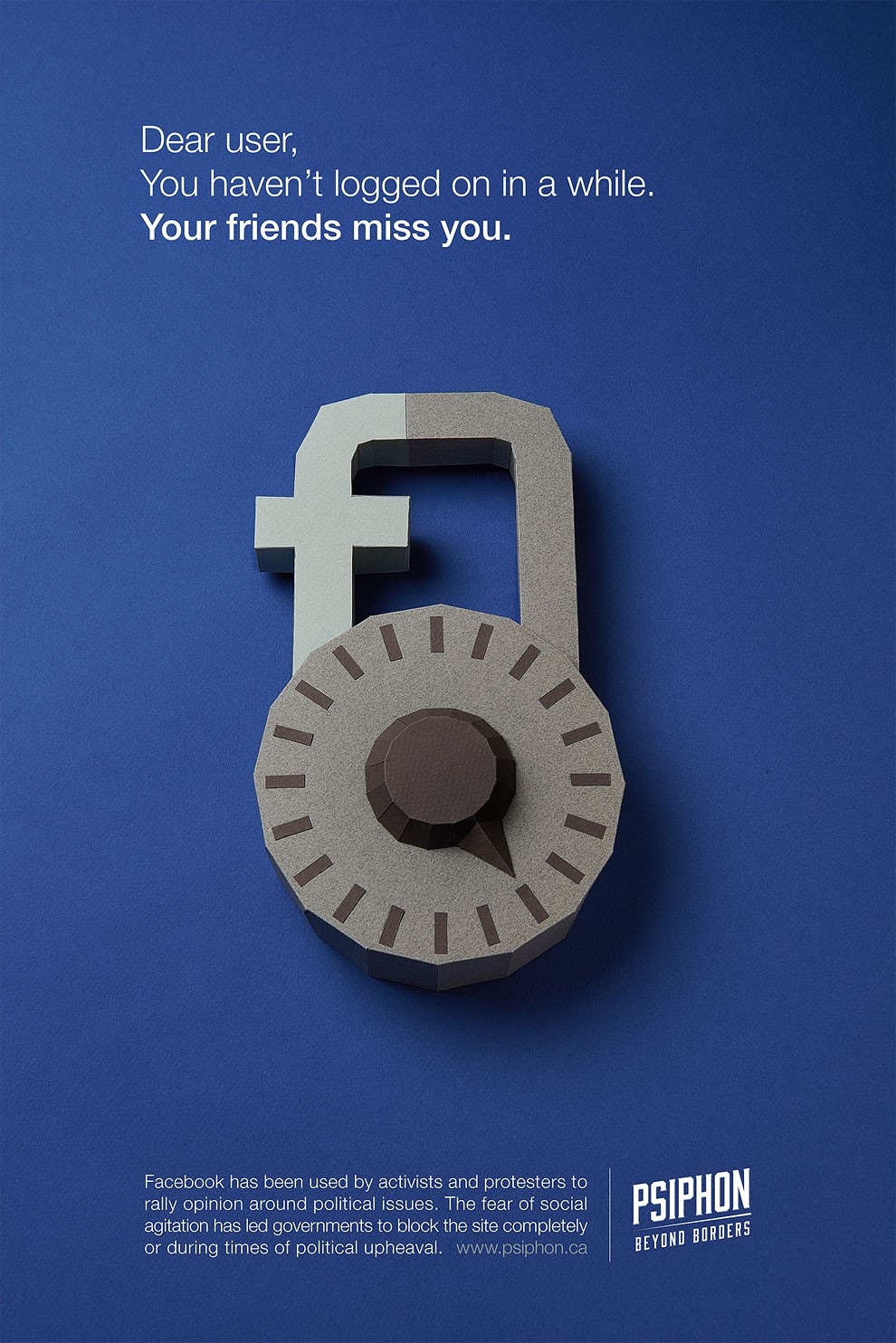 Psiphon Inc., creators of the award winning Internet circumvention tools, launched its new website, video, and poster series through www.psiphon.ca along with its new brand, Beyond Borders, for all digital and social media channels. 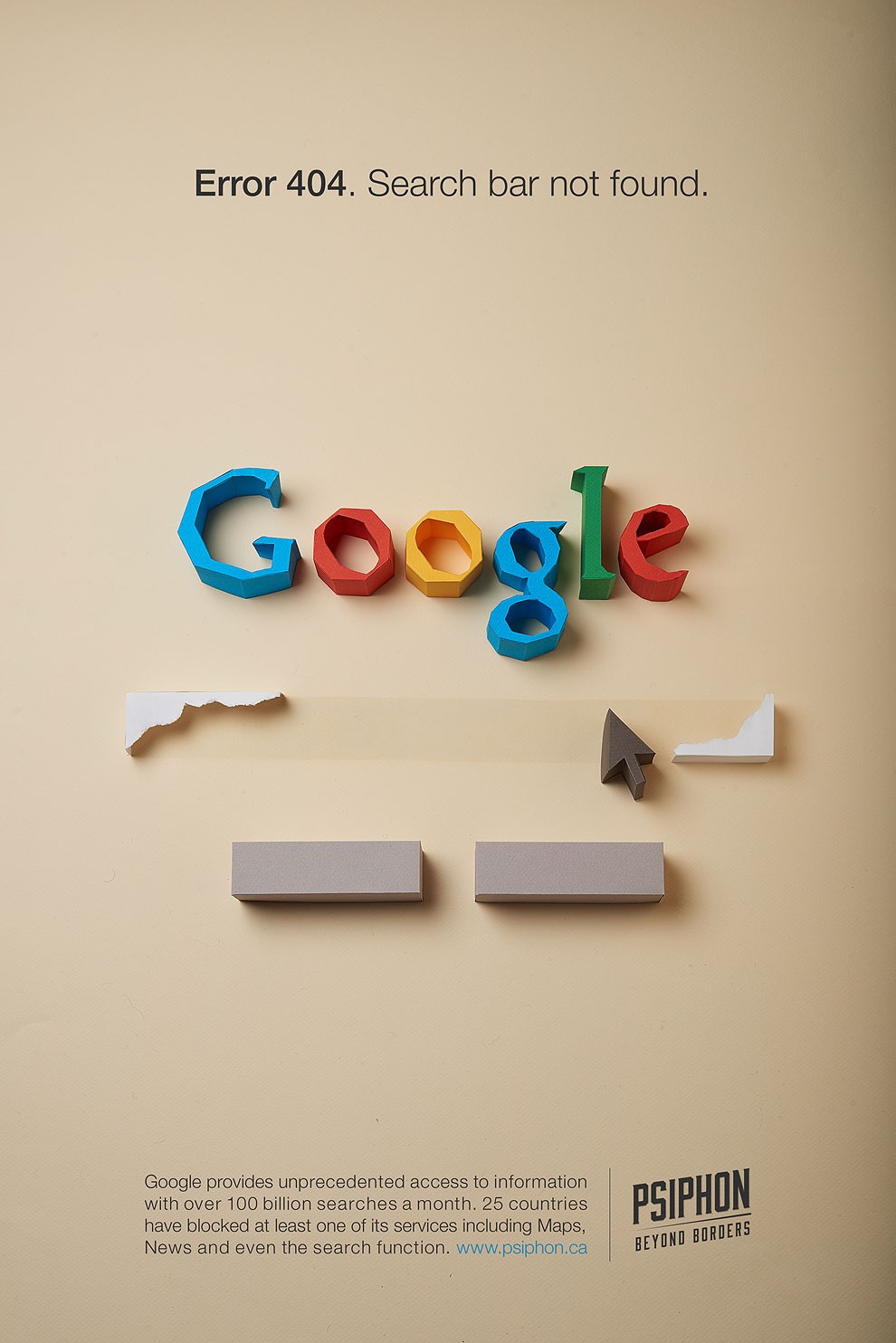 Along with the website, its first digital poster series entitled /censored accompanies its new web presence which sheds light on the issues of government censorship of the world’s leading information and social media outlets. The series of five posters showcase recognizable popular logos and the limiting effects of censorship. 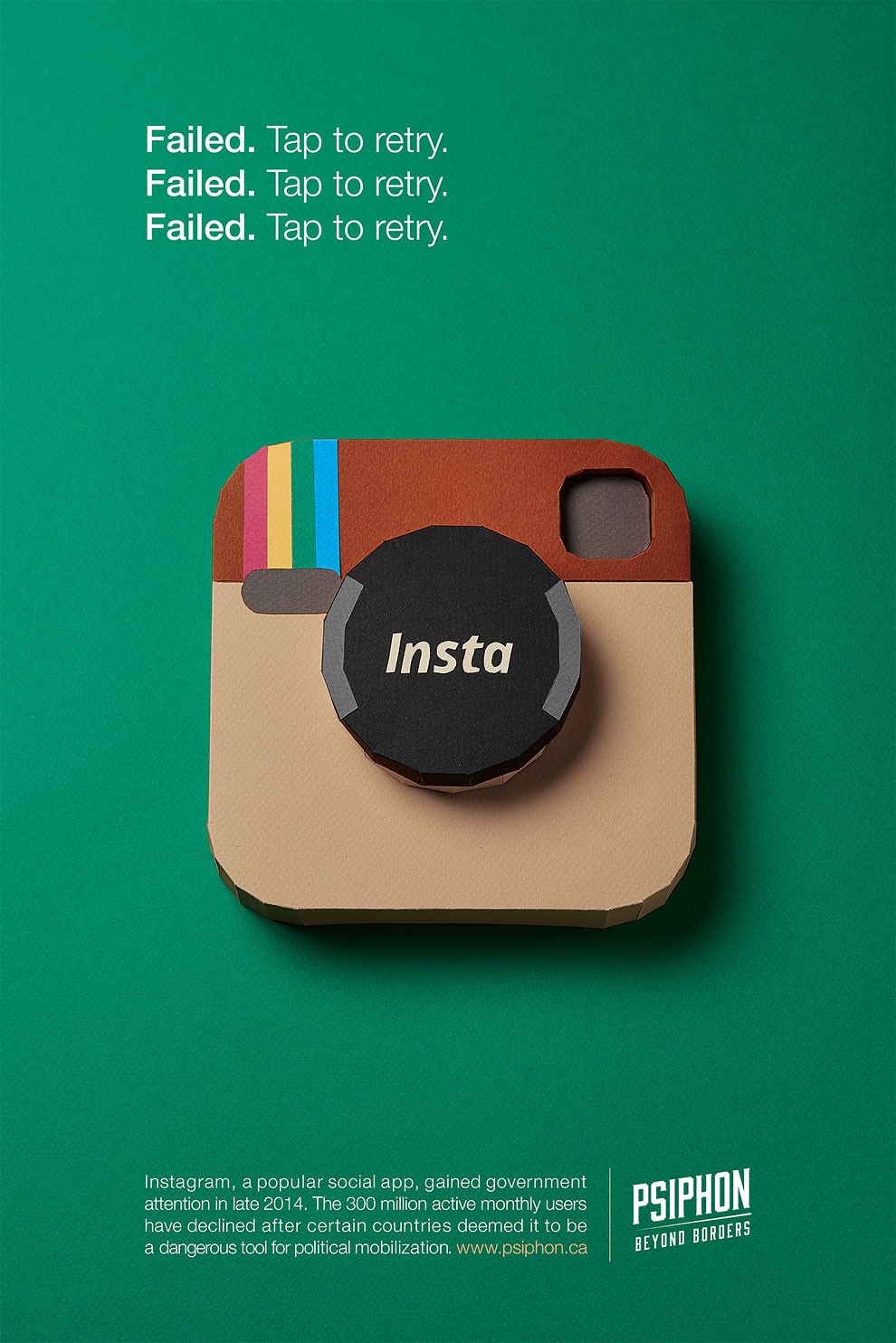 The new Psiphon: Beyond Borders is firstly a push to bring to light and encourage dialogue on the issues of Internet information controls throughout the world to the users in countries where the issue is non-existent. Secondly, to promote the completely free Psiphon software for desktop and mobile devices as the ideal recourse for users when censorship measures are unlawfully put into place. 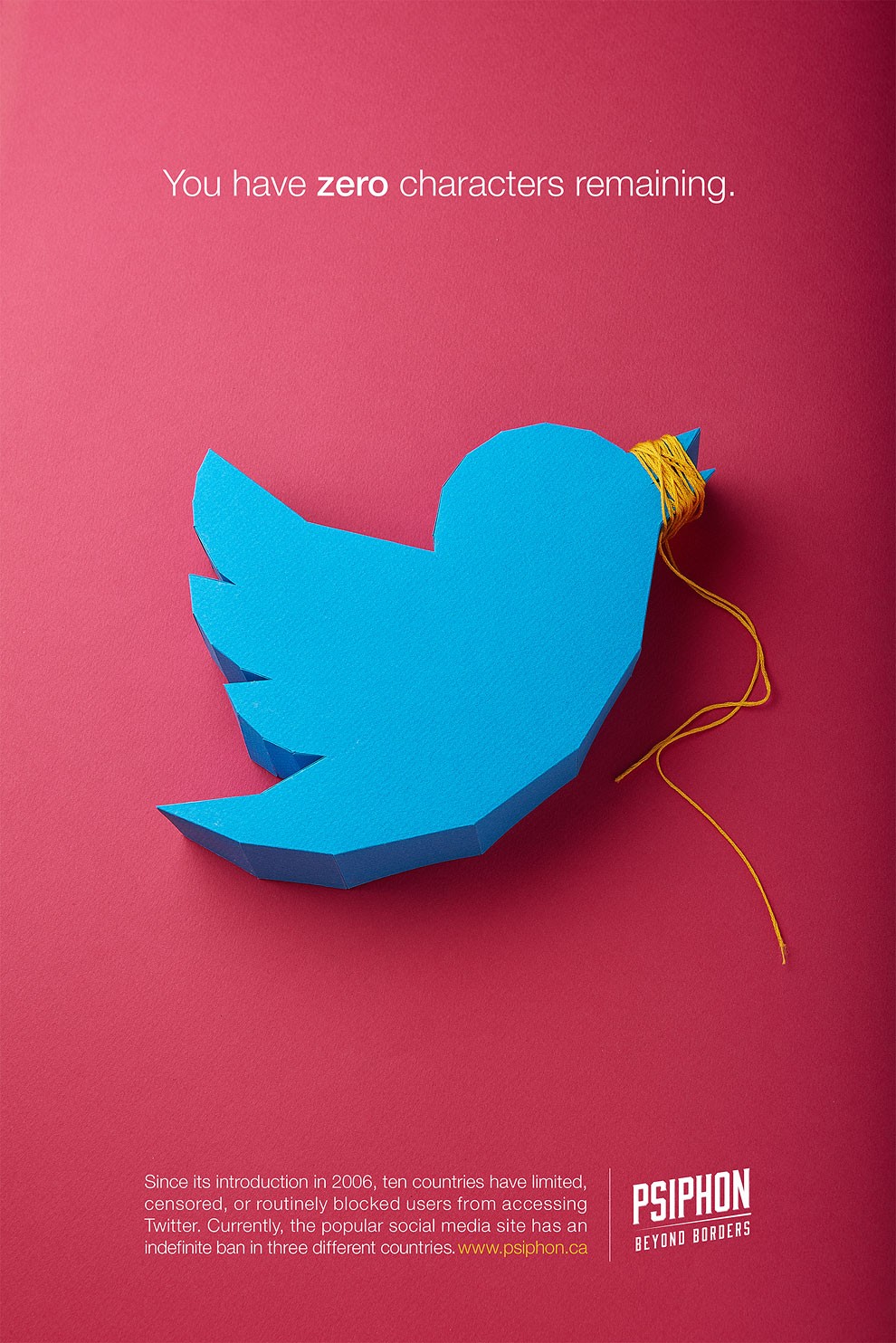 Psiphon plans to release more digital poster series in the future through its social media channels, Facebook and Twitter. 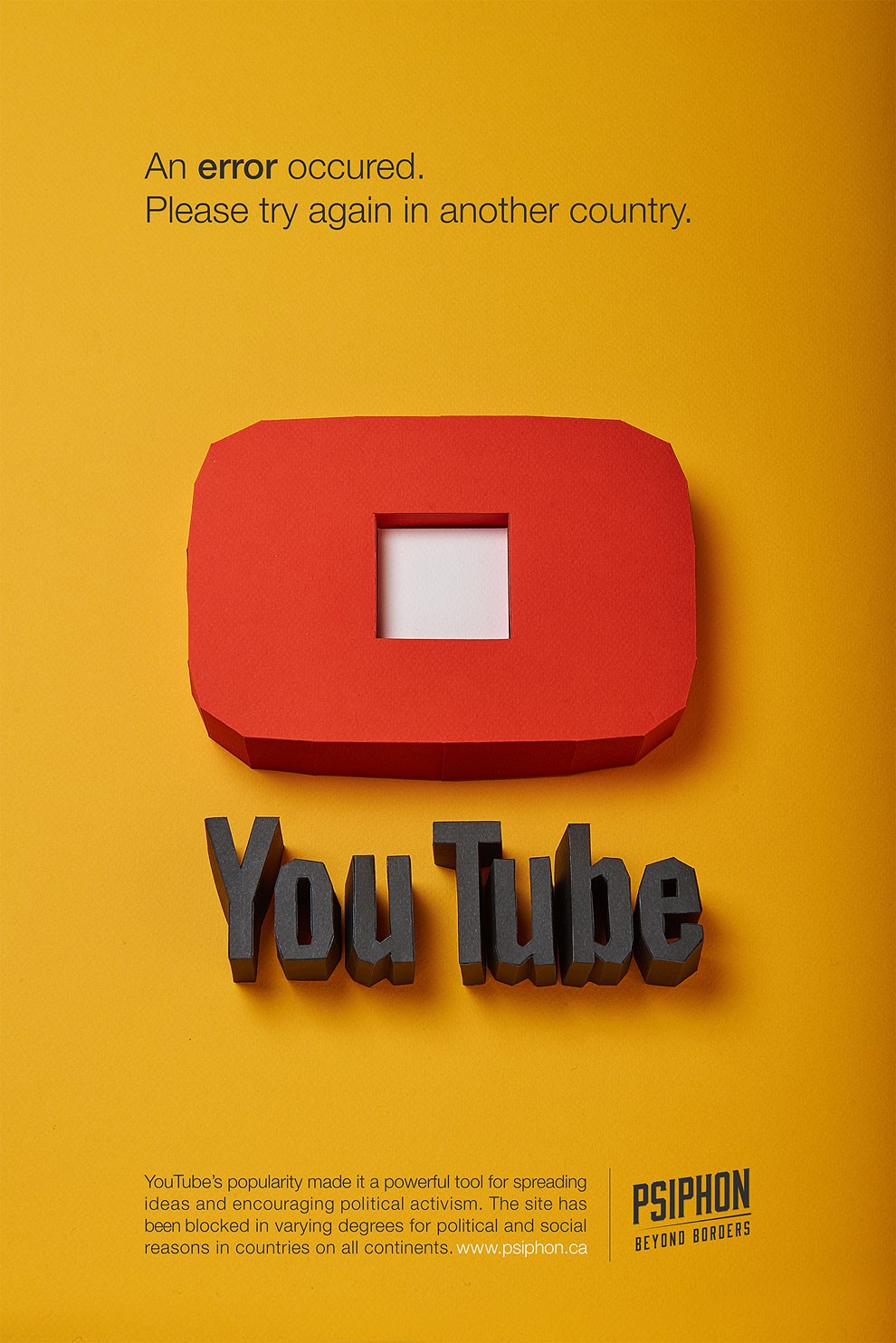 Psiphon Inc. is non-profit organization based out of Toronto, Ontario. The Psiphon software uses VPN, SSH, and HTTP Proxy technology to provide a set of free Internet circumvention tools that give access to the World Wide Web free of any government censorship.

Behind the Scenes Video:

This Guy Turns His Fried Eggs Into Works Of Art
"From Up To North": Stunning Dark Artworks By Joakim Ericsson
The Detail And Variety In This Futuristic Concept Art Is Mind-Blowing
Artist Creates Tattoos Inspired By Scientific And Strange Subjects
Philippine Map Made of Lego
This Artist Illustrates Adorable Glowing Monsters From Outer Space
"As We Dance The Paths Of Fire And Solace": Superb Dark And Surreal Photo Manipulations By Alex McWherter
Here Are 20th Century-Inspired Propaganda Posters About The COVID-19 Crisis In The US
This Beautiful Farm Toy Has An Ugly Secret
Awesome & Creative Sticky Notes
Illustrator Reimagines Famous Fast Food Brands As Manga-Style Characters
Anonymous Hero Is ‘Protecting’ Graffiti Penises By Painting Condoms Over Them
A Helpful 1930's Guide On How To Avoid Electrocuting Yourself
This Dentist Makes Humorous And Wholesome Comics Based On Her Profession
Endless Night: Comic Art by Rafael Albuquerque
Prada Marfa: The IIlegal Roadside Ad
20 Beautiful Quotes That Perfectly Sum Up Life In Your 20s
Artist Shows The ‘Unseen’ Side Of Popular Characters And People Are Saying It Looks Just Wrong
"The Final Fantasy": The Superb Heroic Artworks of Christian Angel
OAS1S: Welcome To Urban Forest Neighborhoods When The Houses Are Disguised As Trees
Vote With Your Butt By Hubbub - A Smart Way To Keep Streets Clean
Pokémon Card Artist Paints Original Cards Into Awesome Illustrations
This Children’s Illustration Ebook Focuses On 3-Year-Old Kid’s Thoughts During Coronavirus
What Famous Brands Would Look Like If They Were Insects
digital, launches, psiphon