Homes of the Future: A Look Back at Charles Schridde’s Stunning ‘60s Ads For Motorola 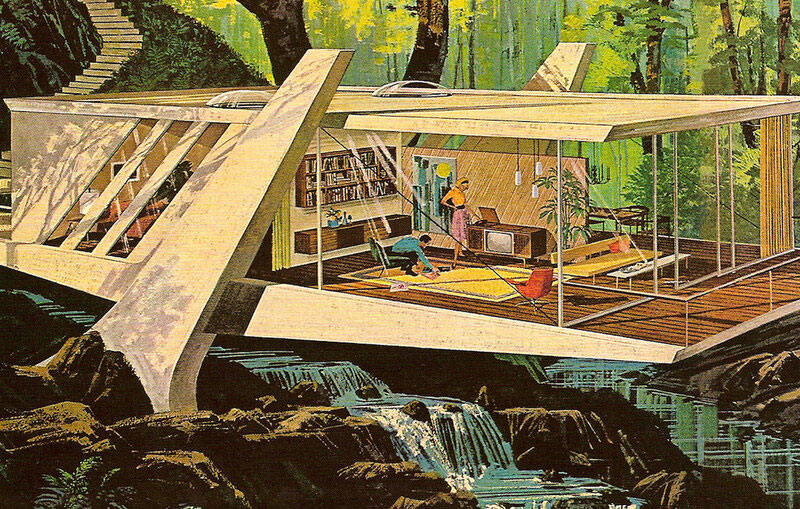 Charles Schridde was born in 1926 and grew up in rural Illinois. He was an artist from an early age and received a scholarship to the Chicago Art Institute when he was age 17.

He began at the institute, but was then enlisted in the Navy for two years. When he returned from the Navy, Charles began his career as a free-lance commercial illustrator. His major clients included The Saturday Evening Post, Life magazine, Motorola and Chevrolet. 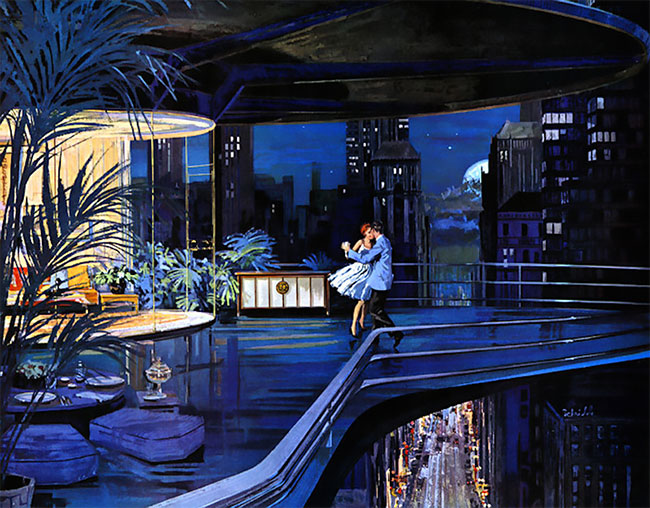 In 1961, Motorola asked Charles Schridde to envision the homes of the future centered around Motorola’s most recent line of electronics. The ads created by Schridde ran in Life Magazine and The Saturday Evening Post from 1961 to 1963 and depicted an optimistic future made of lavish, elegant, dream-homes, where domestic technologies and serene landscapes coexisted harmoniously. 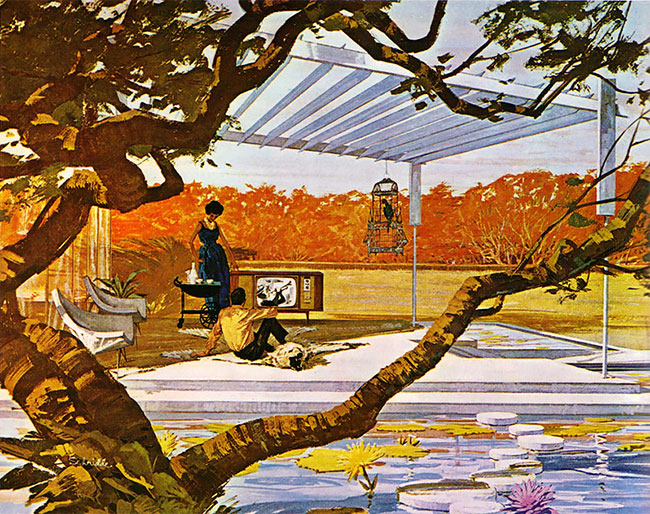 Through his stunning drawings, we were offered a fascinating glimpse of what the past thought the future would be like, and how home technology companies capitalized on their consumers’ minds by swaying them in the direction that these electronic products were relevant to that ultimate future. 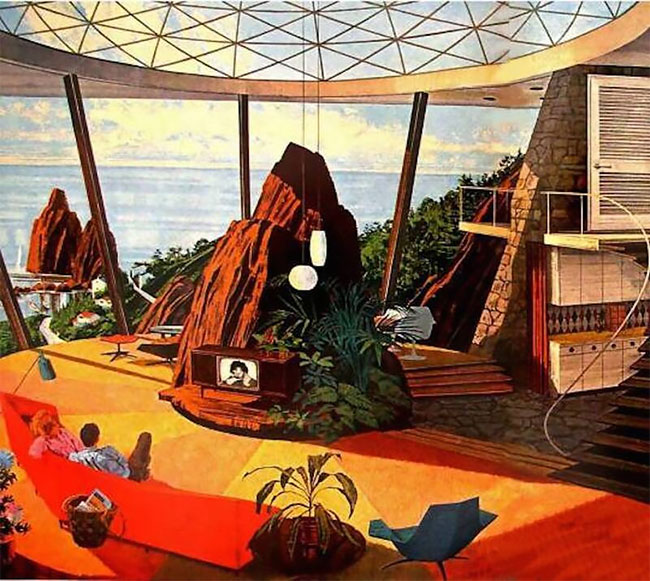 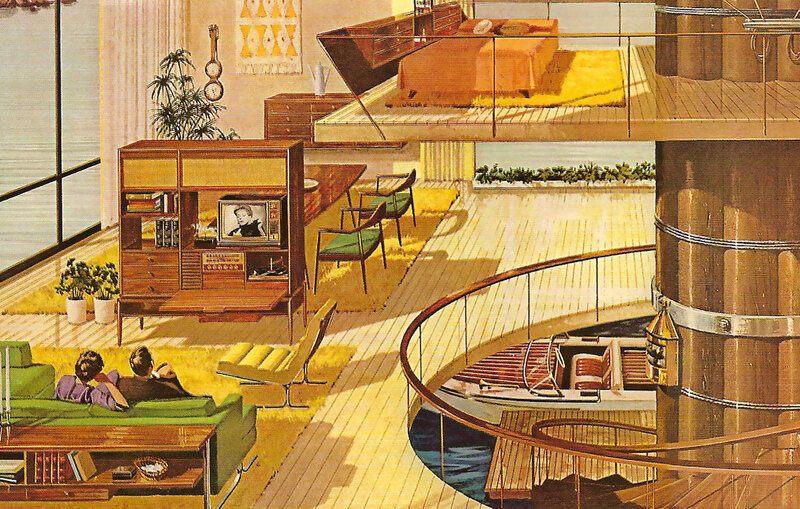 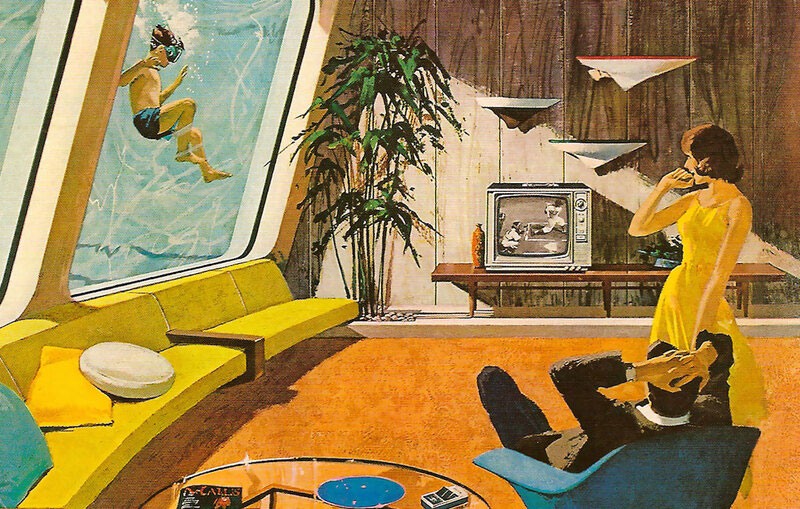 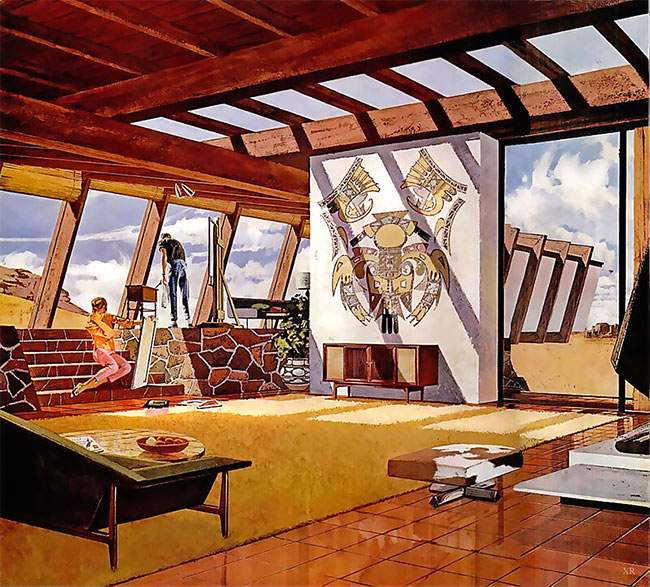 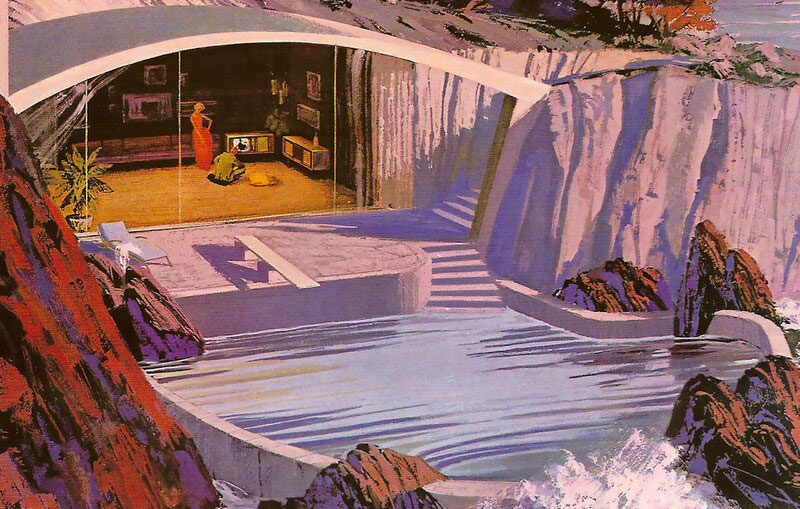 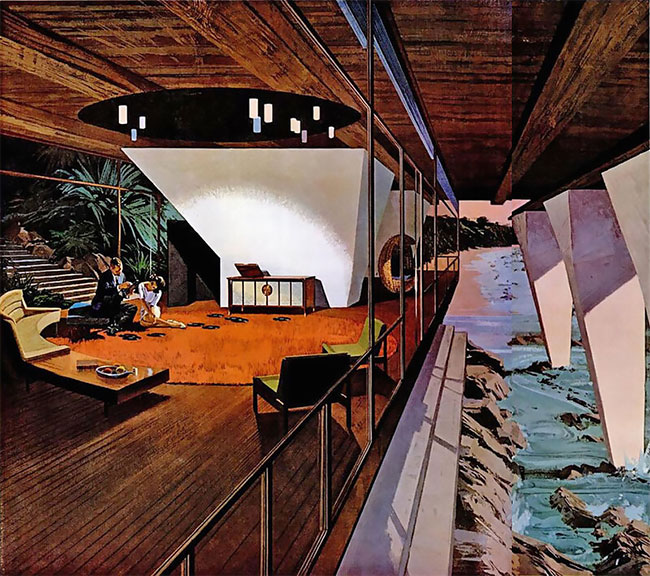 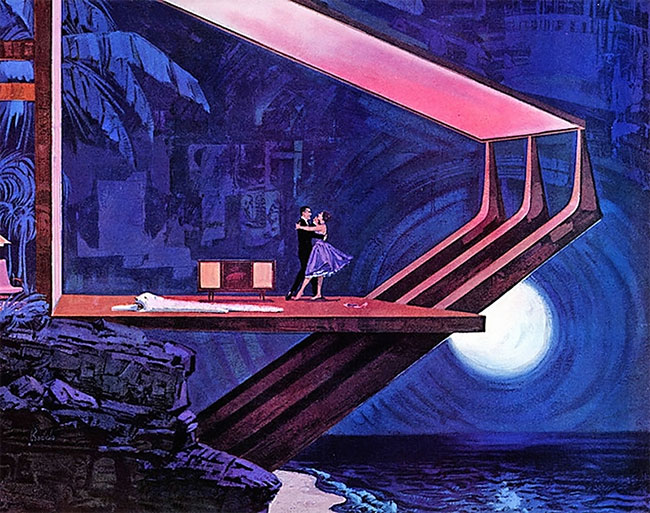 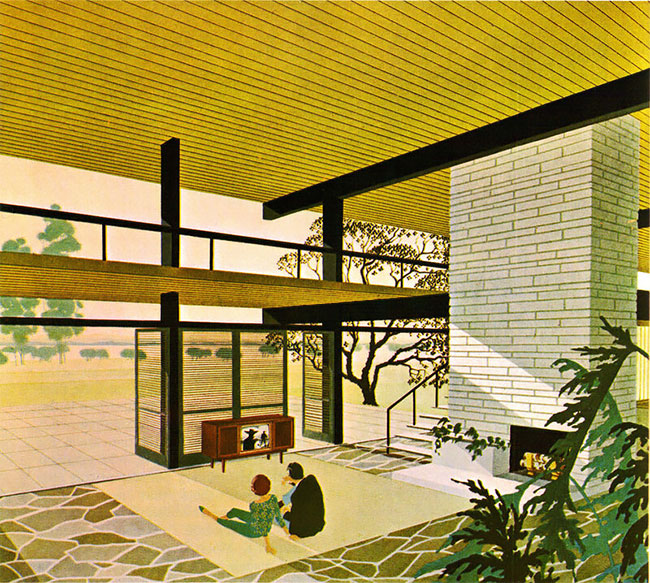 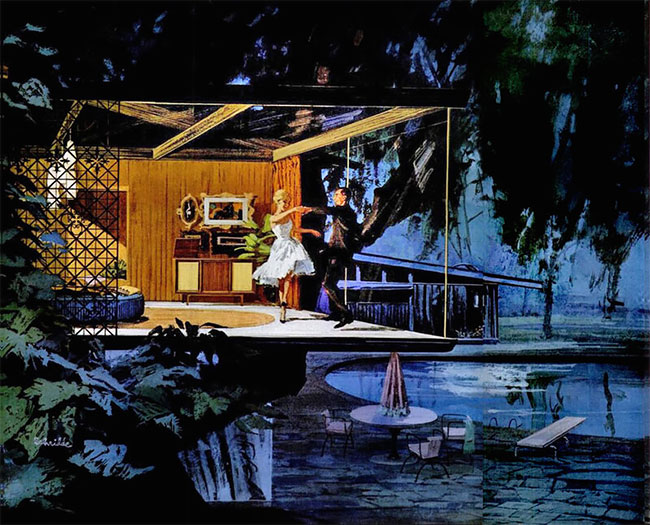 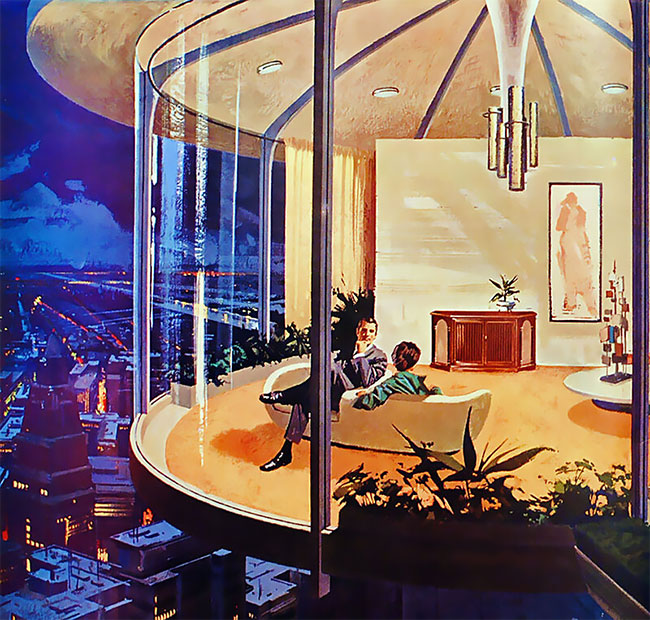 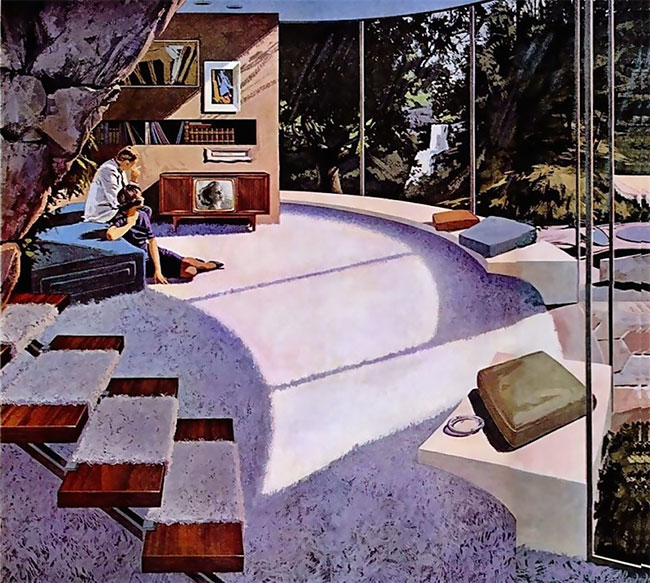 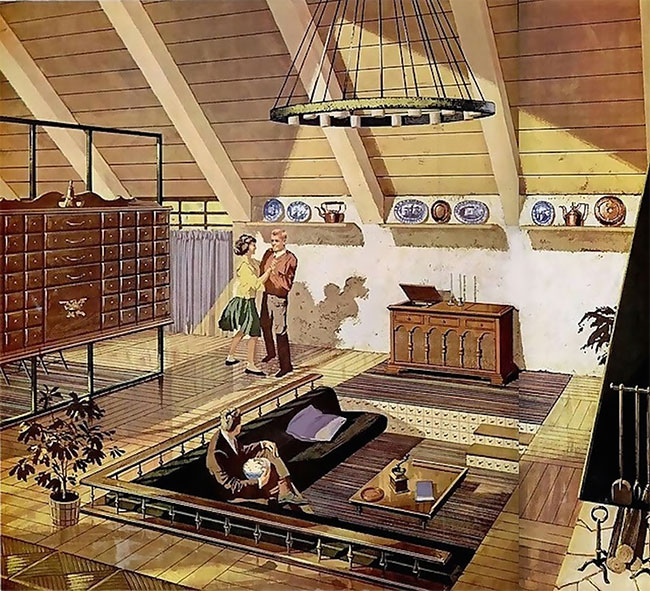 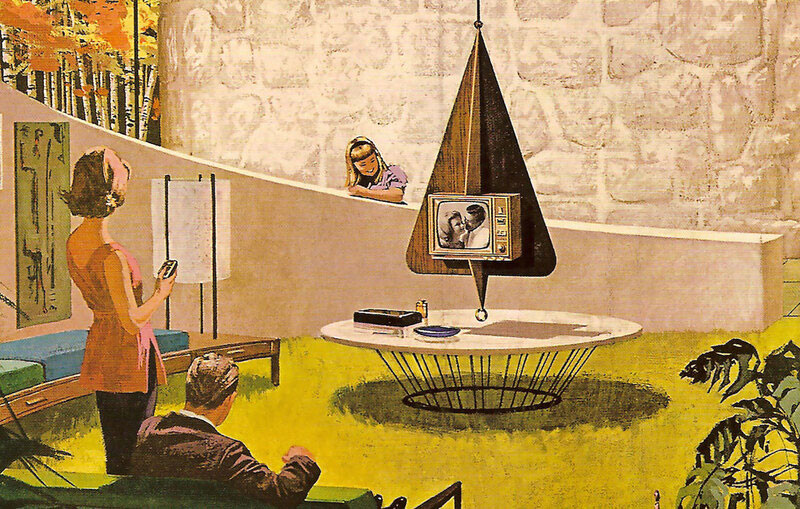 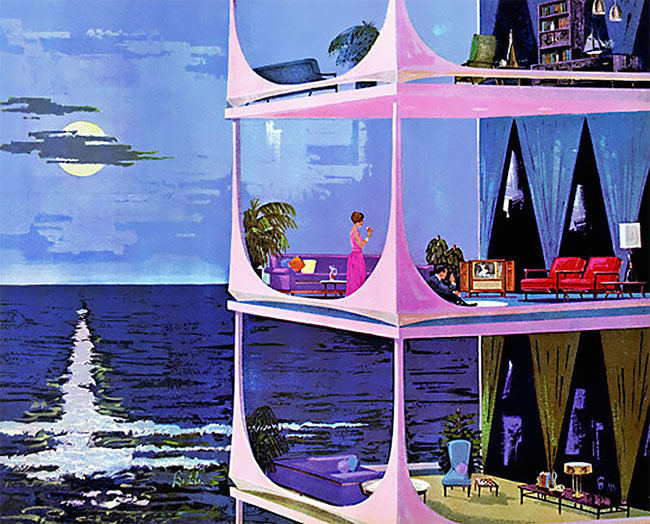 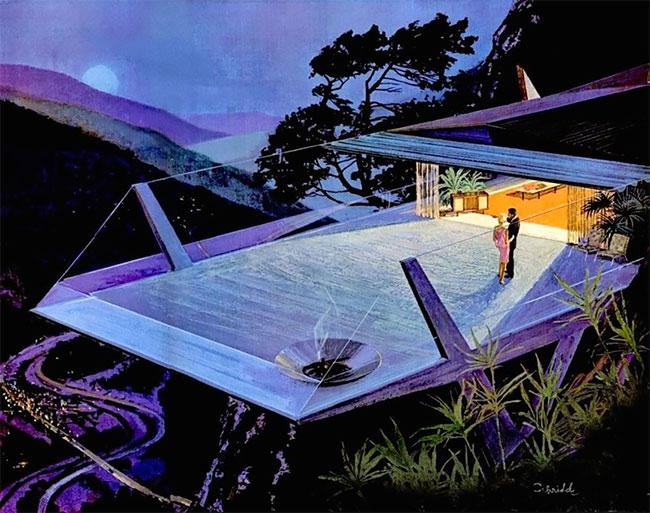 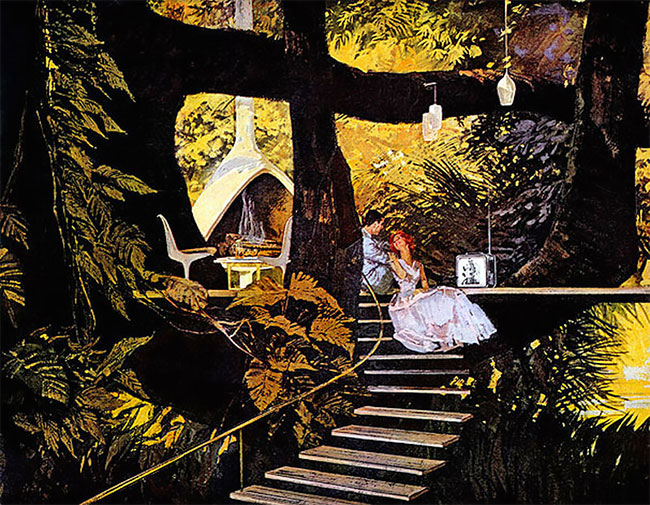 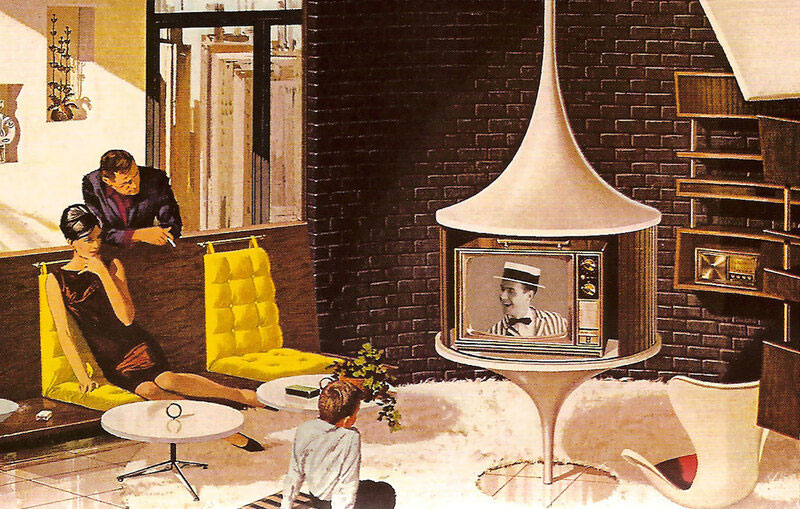 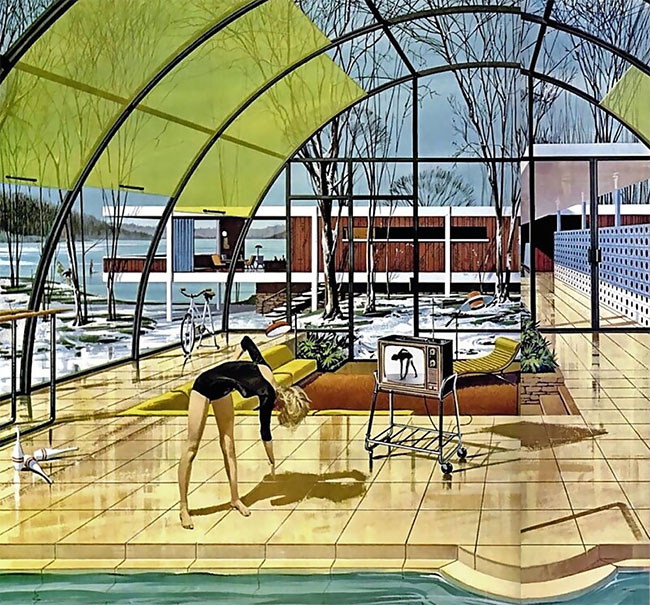 When Your Daughter Has To Wear An Eye Patch Every Day, You Make The Most Of It
Portraits Of The Double-Faced Girl By Sebastian Bieniek
9 Non-Threatening Leadership Strategies For Women
Vintage Advertisement Posters Of Russian Automobiles From The 1950s to '80s
42 Stunning Restored And Colorized Historic Images Bring The Past To Life
This Artist-Made AI Makes Memes To Cope With Mental Illness
Fantastic Street Art By Seth Globepainter
Unhappily Ever After: Artist Creates Unhappy Endings To Cartoon Characters
20 Strange & Unusual Pics From The Early 20th Century That You May No Longer See Today
Amazing Photographs of Teenage Skateboarder Laura Thornhill Caswell in the 1970s
Russian Street Artist Shows Off His Amazing Calligraphy Artwork On The Local Tram
10 Car Crash Survivors Pose Proudly For A Chilling Photo Project To Raise Awareness About Seatbelt Safety
Artist Turns Animals Into Original Characters That Look Like They Belong In An Anime
Gulun
Surreal And Spiritual Photo Collages By David Stenbeck
Simple, Brilliant And Funny Comics By Nathan W. Pyle
Portraits of Twiggy Taken by Ron Burton for the Mirror and Herald in 1966
When Renaissance Artists Were Really Bad At Drawing Babies
Street Artist Pays Homage To Pop Icons With Giant Murals
Sensual Female Portraits By The Russian Painter Andrei Markin
40 Times People Thought Their T-Shirts Were Cool But Looked Completely Cringeworthy
Beautiful Pics Of Madonna Photographed In Alphabet City, NYC By Richard Corman In 1982
Wake Me Up Before You Go-Go! Brilliant 1980s Pop & Rock Music Publicity Photos
"Terminal City": Extraordinary Photos Of Vancouver 1972-1982
1960s, advertising, future, motorola, retro

The RoAcH CoAcH: How the Designer Imagined the Cars of The Future from The 1970s
A Group Of Czech Students Recreate Weird And Strange Scenes From Medieval Books
22 Absurd And Weird Facts That Are Actually Completely True
"The Silent Revenge of Comic Sans"
Photographer Perfectly Restores Vintage Mugshots Of Famous People
20 Amazing Photos Of A Young And Hot Axl Rose In The 1980s
“I Knew I Wanted To Look Like That Every Single Day And So I Did” – This Woman Looks Like She Belongs In The 1970s
Ukraine-born Tattoo Artist Stanislava Pinchuk Inks Her Friends With Minimalist Tattoos For Food, Lessons Or Books
Elegant Figures and Faces of Dancers Emerge from Intricately Folded Sheets of Fabric
World's Largest, Longest 3D Street Painting Debuts in Nanjing
Source of inspiration since 2007. Proudly hosted by WebHostingBuzz.
Privacy Policy · Terms of Service · Content Removal Policy 🇺🇦 ❤️