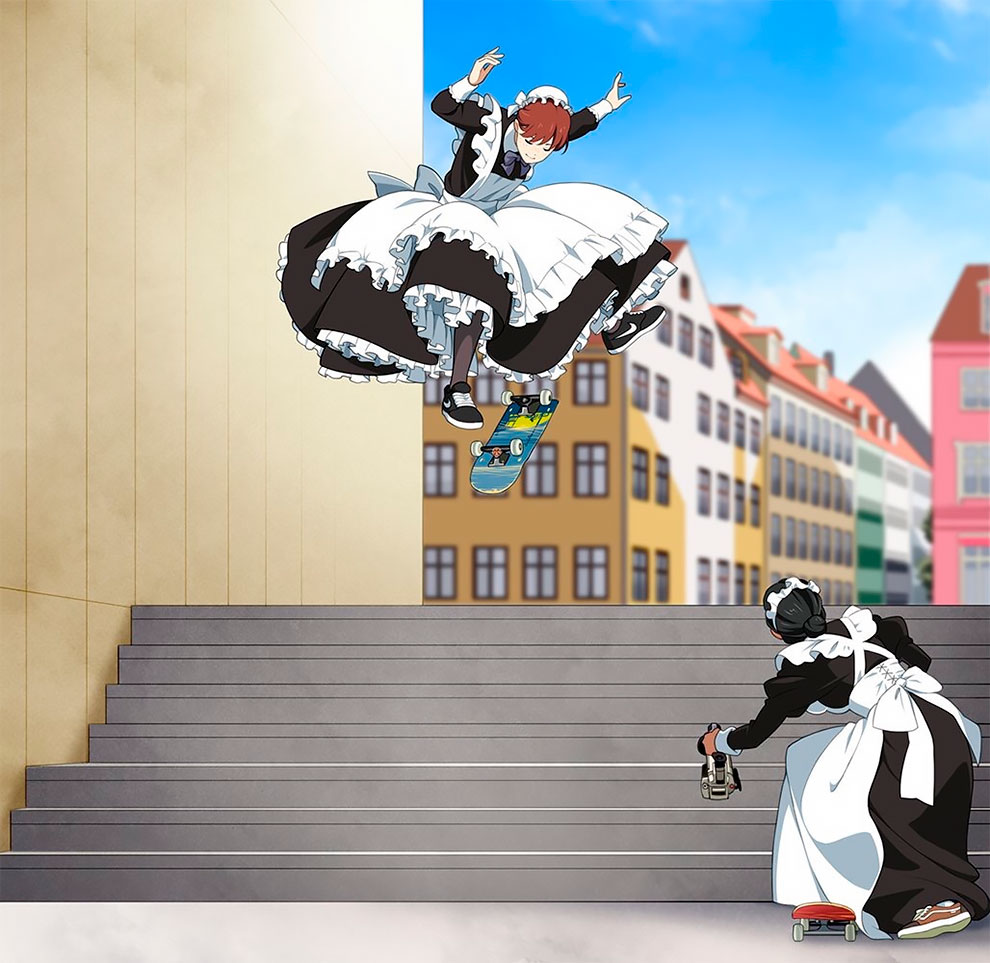 If you’re a fan of Japanese manga and anime, you may have seen skateboarding characters before (Misaka Yata in K comes to mind), and there’s a very strong probability that you’ve seen maid characters before (Roberta from Black Lagoon, Ram and Rem from Re:Zero Beginning Life In Another World, etc.), but unless you’re a fan of Japanese illustrator Suzusiro, you’ve probably never ever seen the two of them combined! 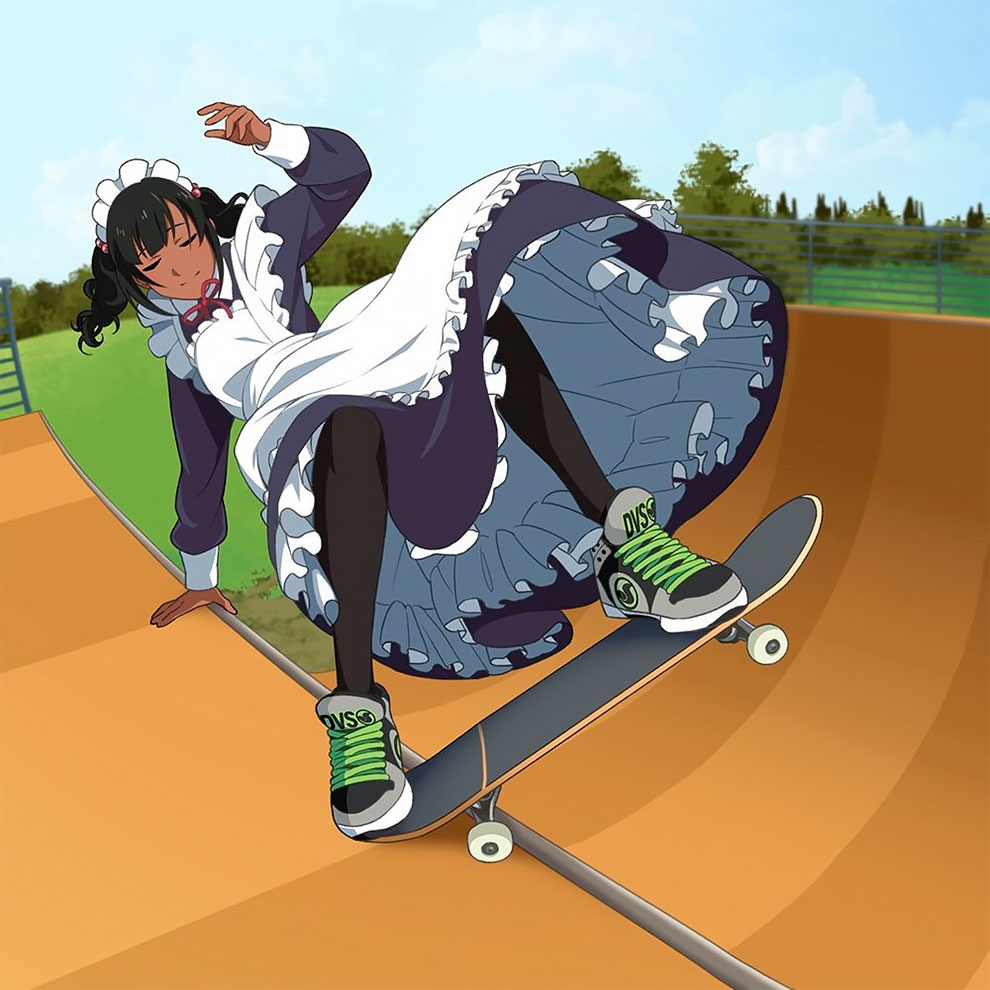 Suzusiro is an illustrator who is most famous for fusing his two passions, skateboarding and maids, into a completely new genre (which, if you ask us, is begging to be made into an anime series): the maid skater. 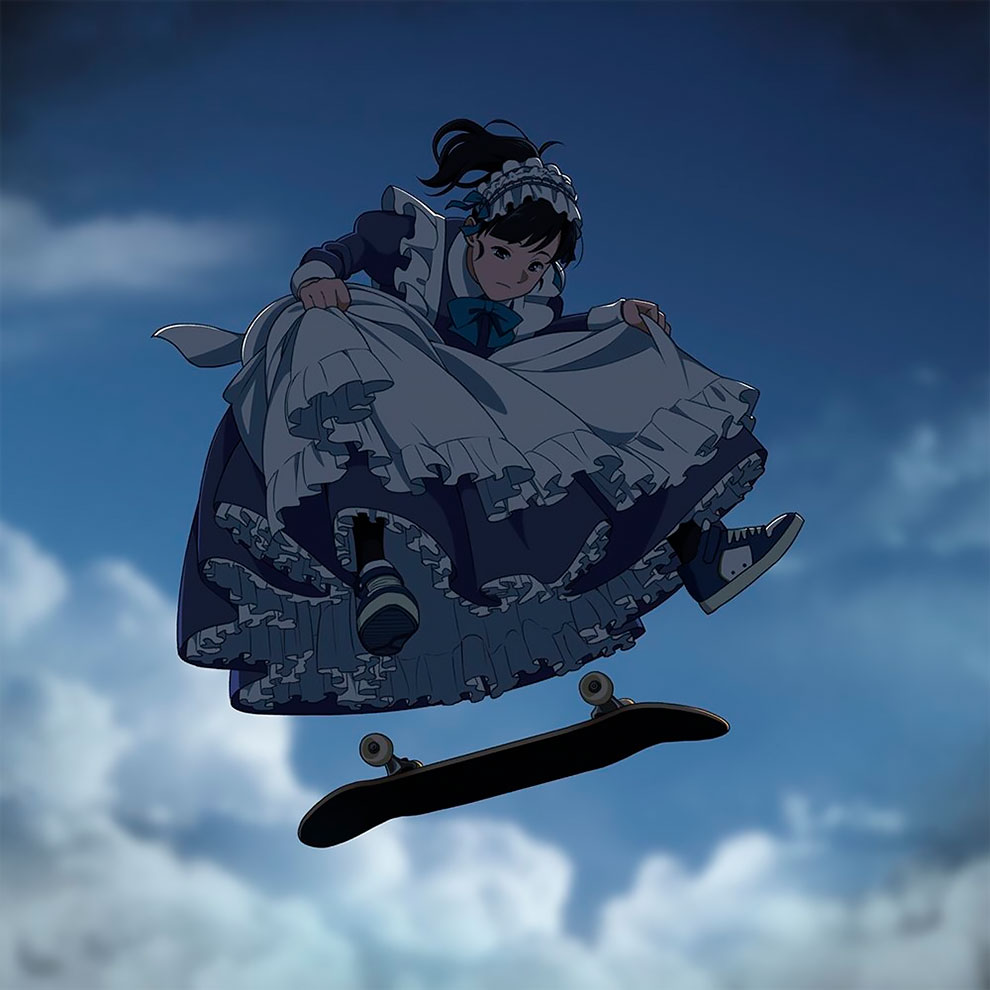 These maids in their classic maid outfits with long skirts look like they’d be just as comfortable grinding coffee beans for the master’s morning coffee as they would be grinding railings and street curbs without breaking a sweat. 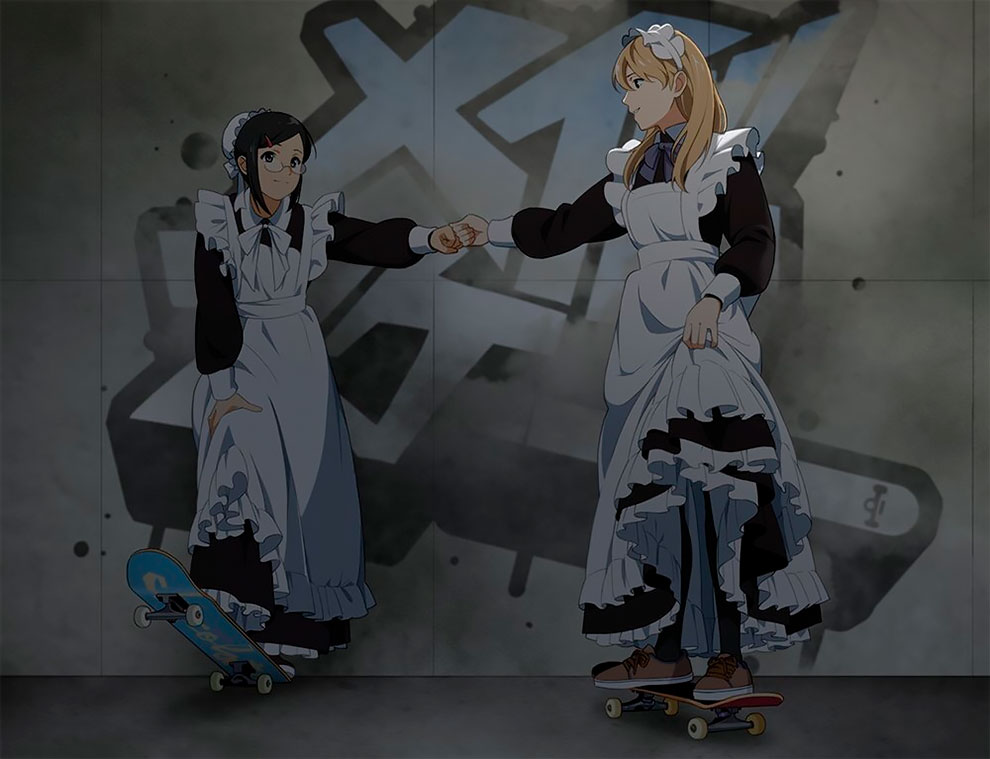 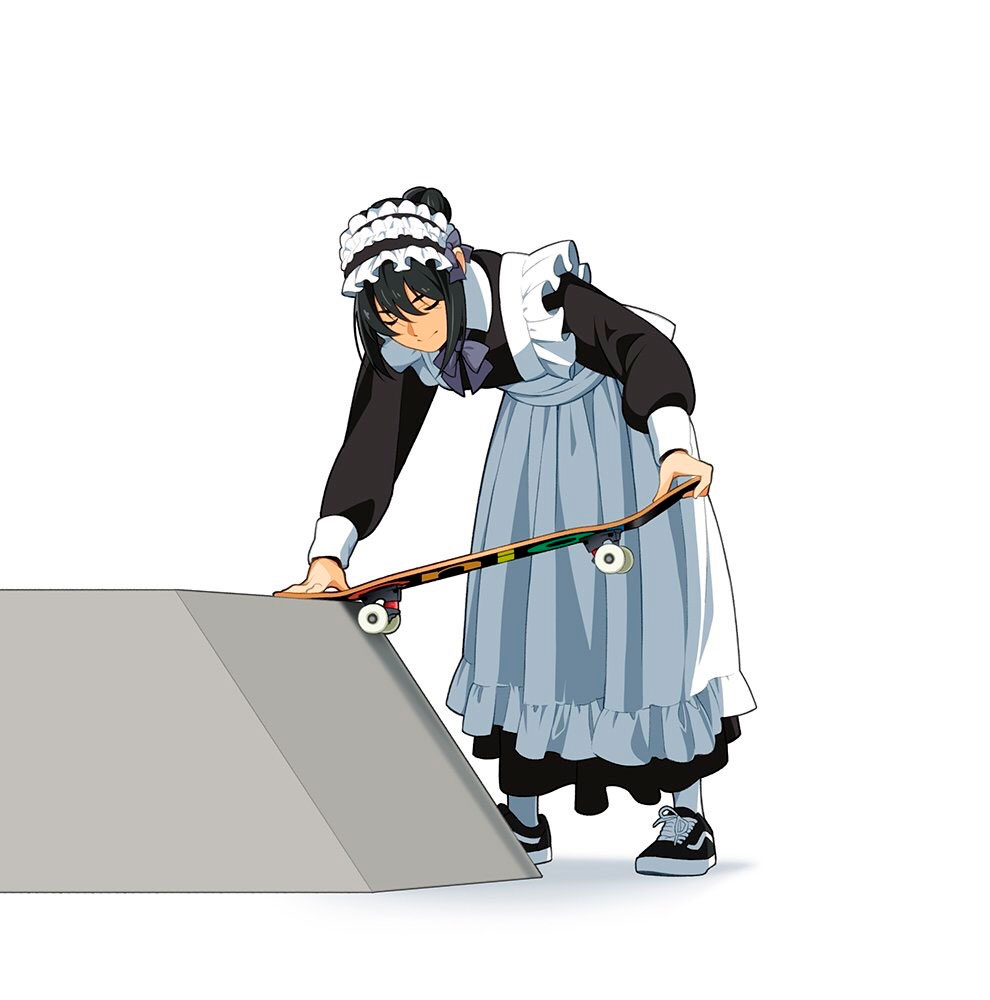 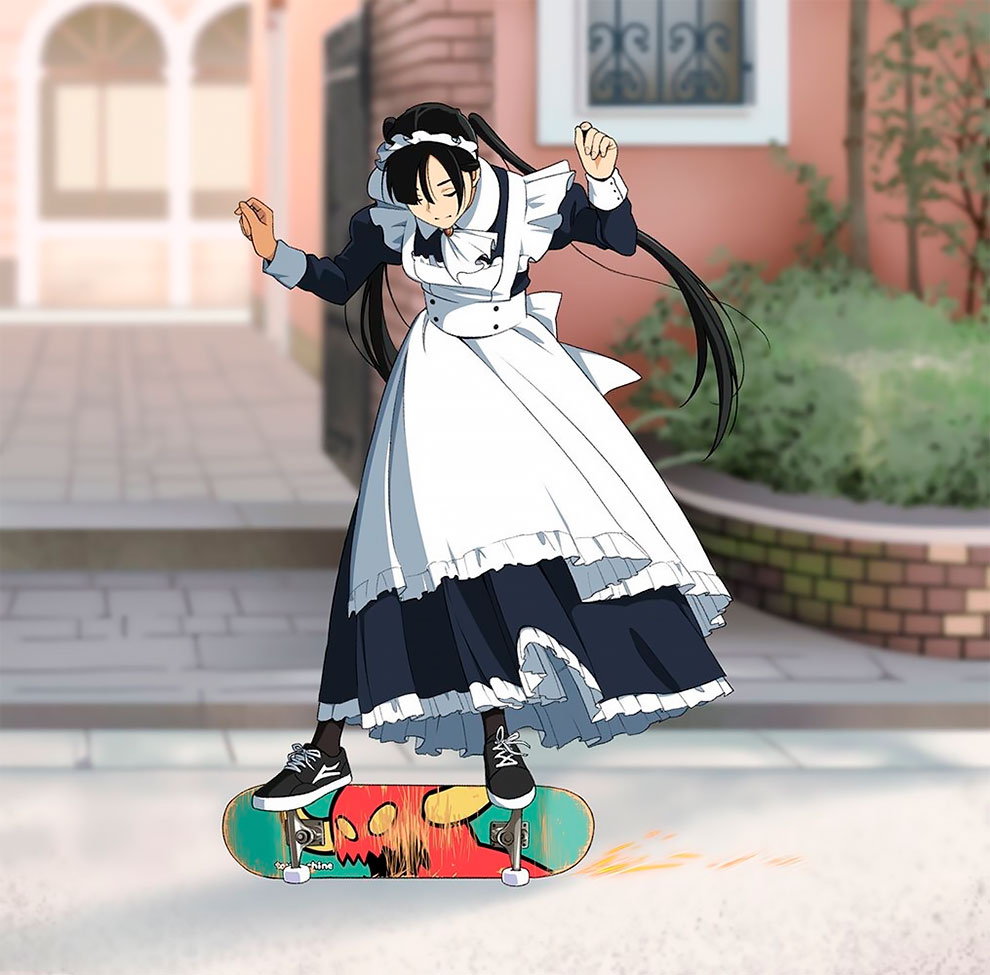 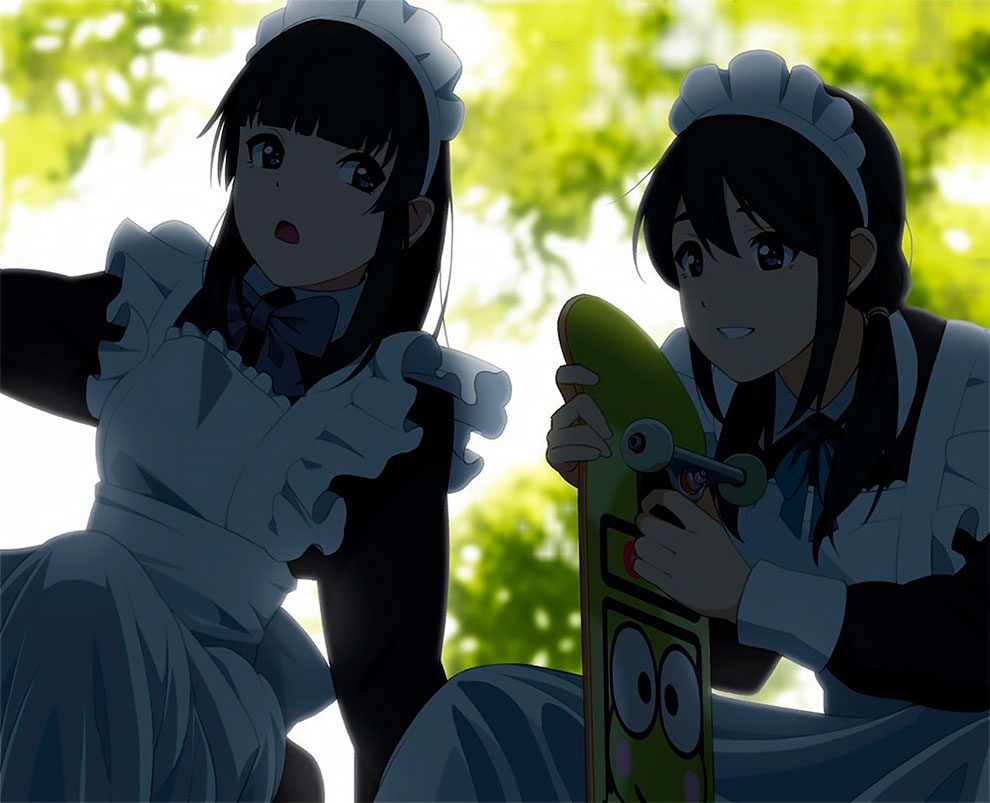 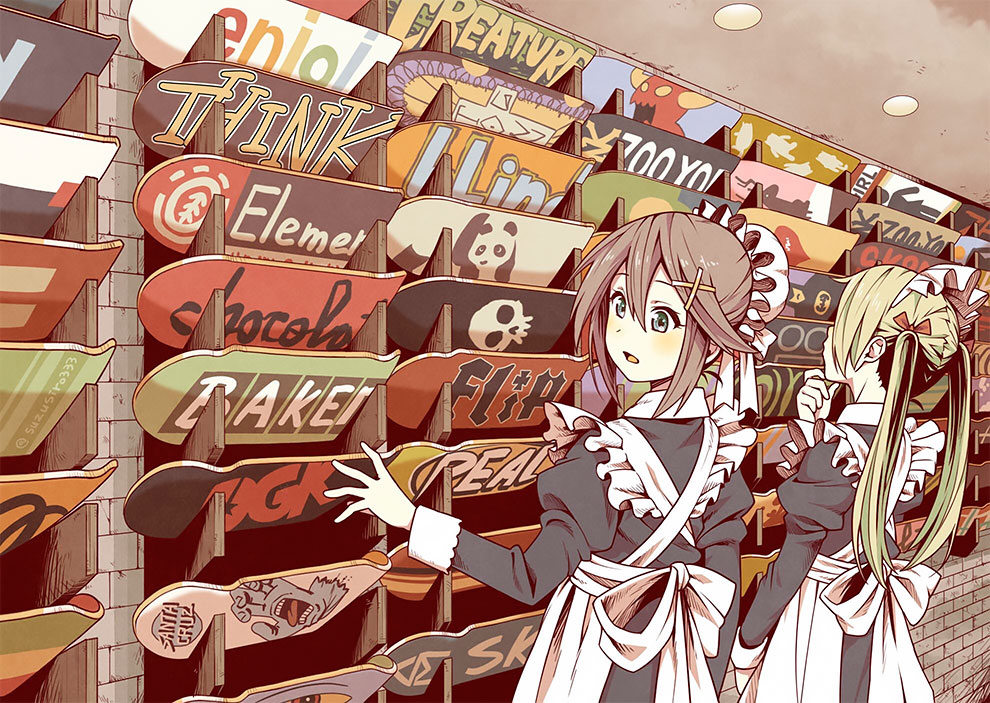 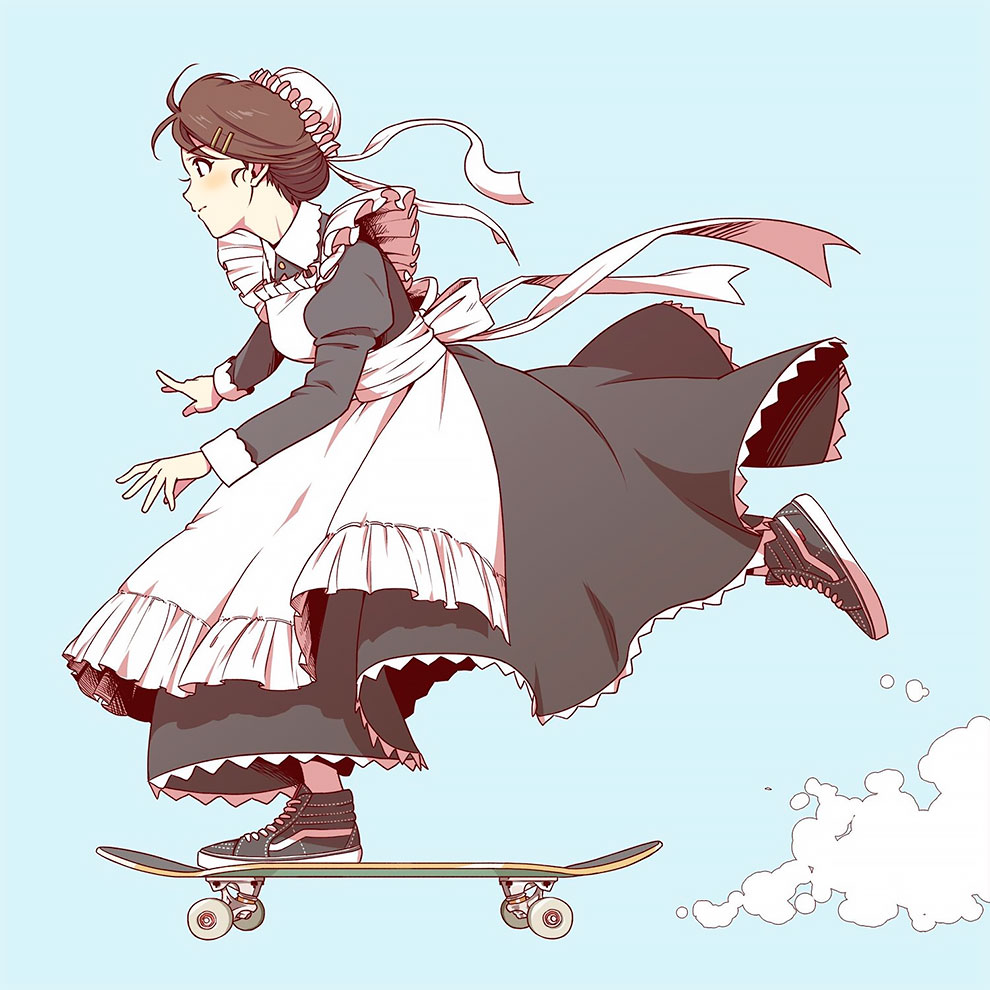 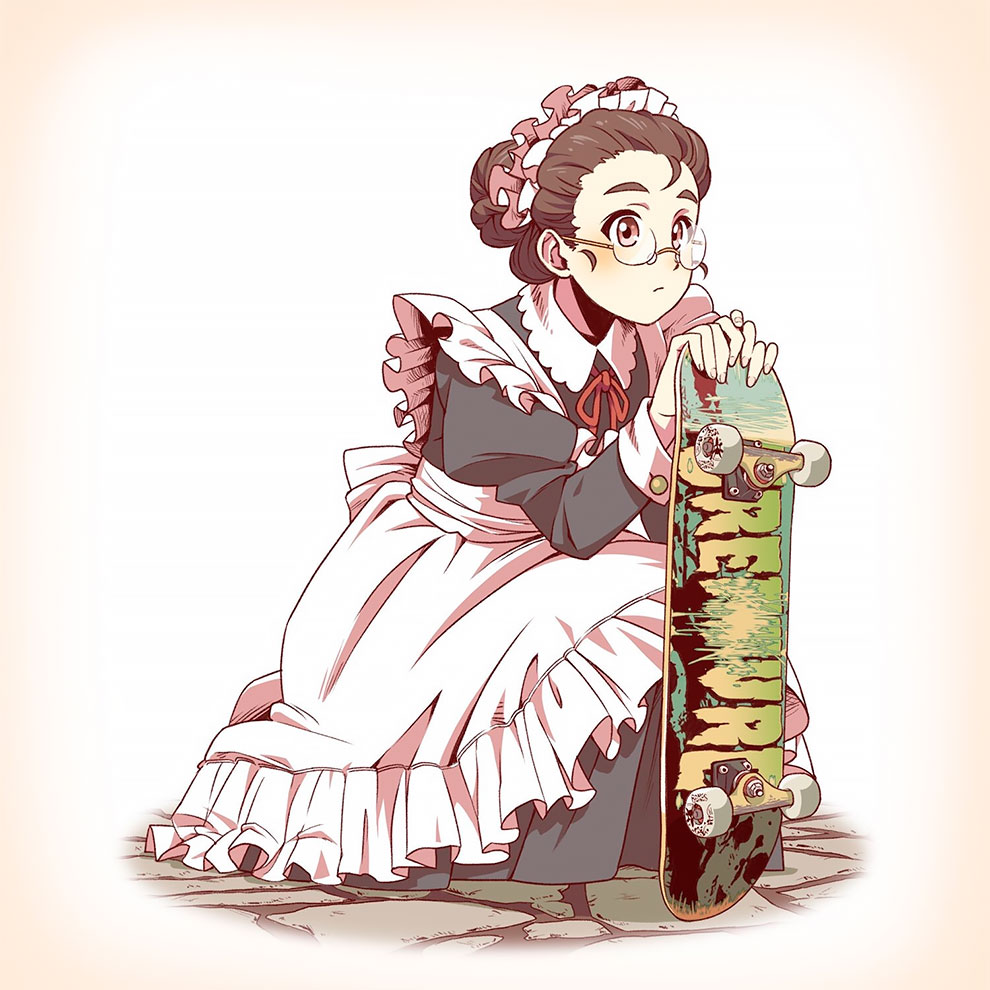 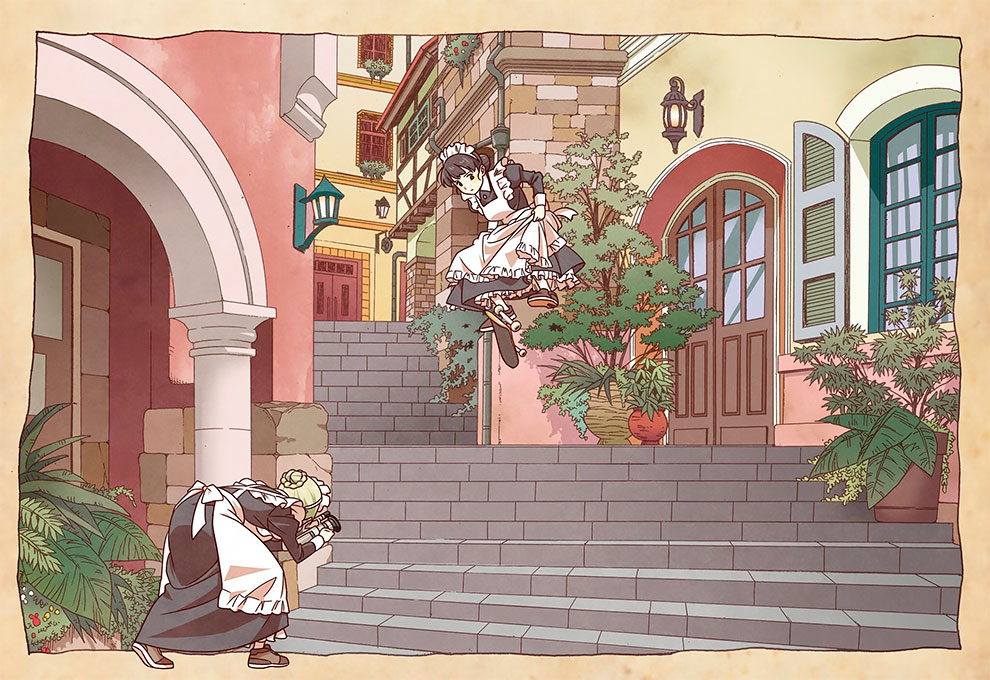 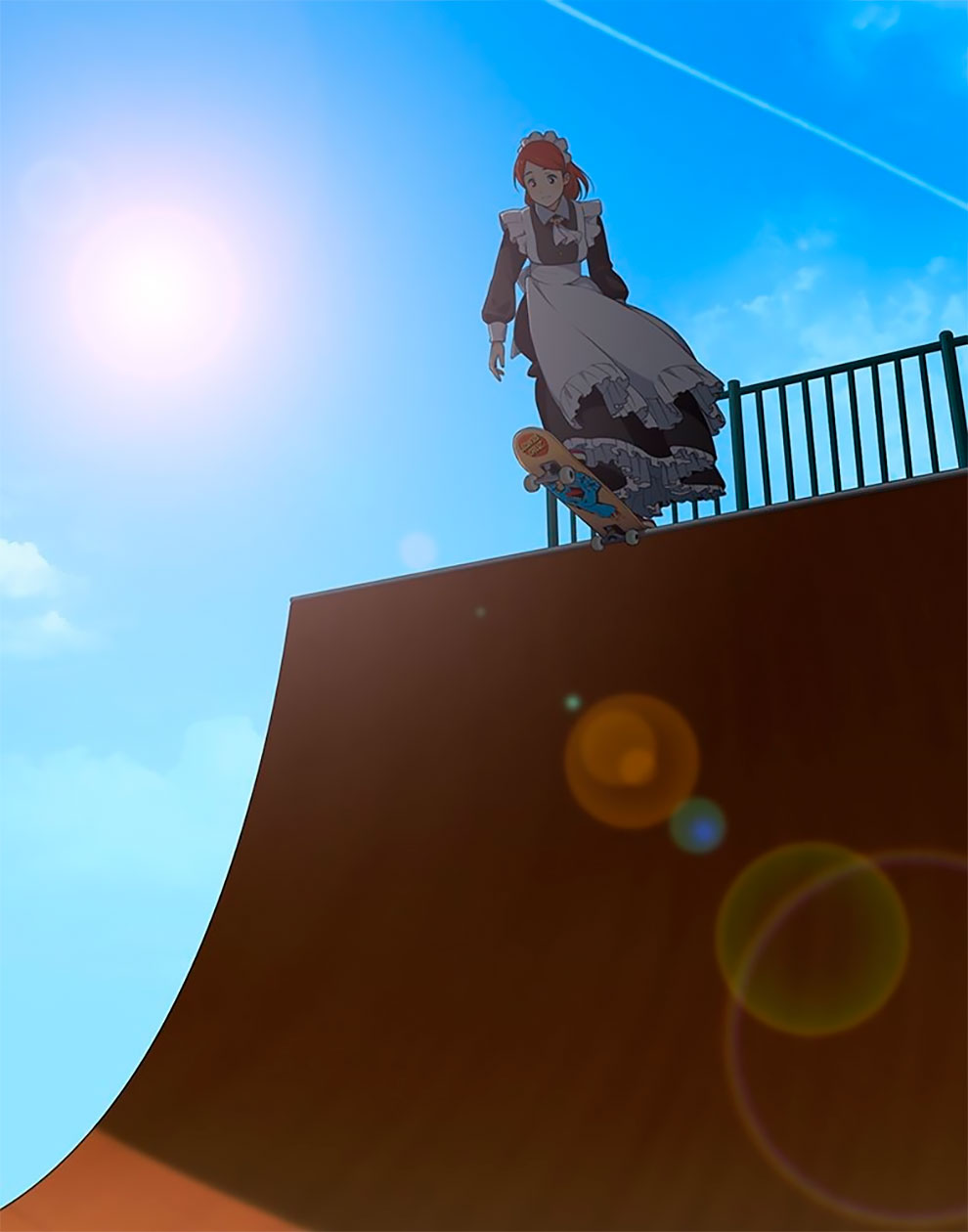 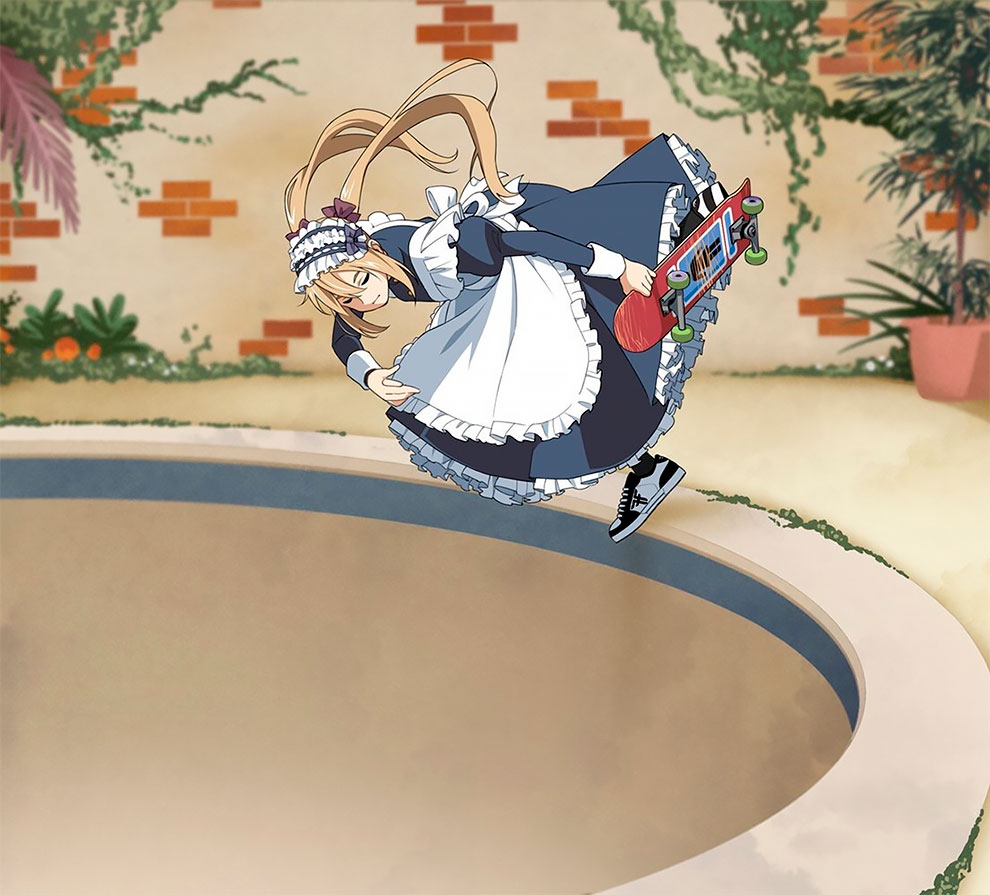 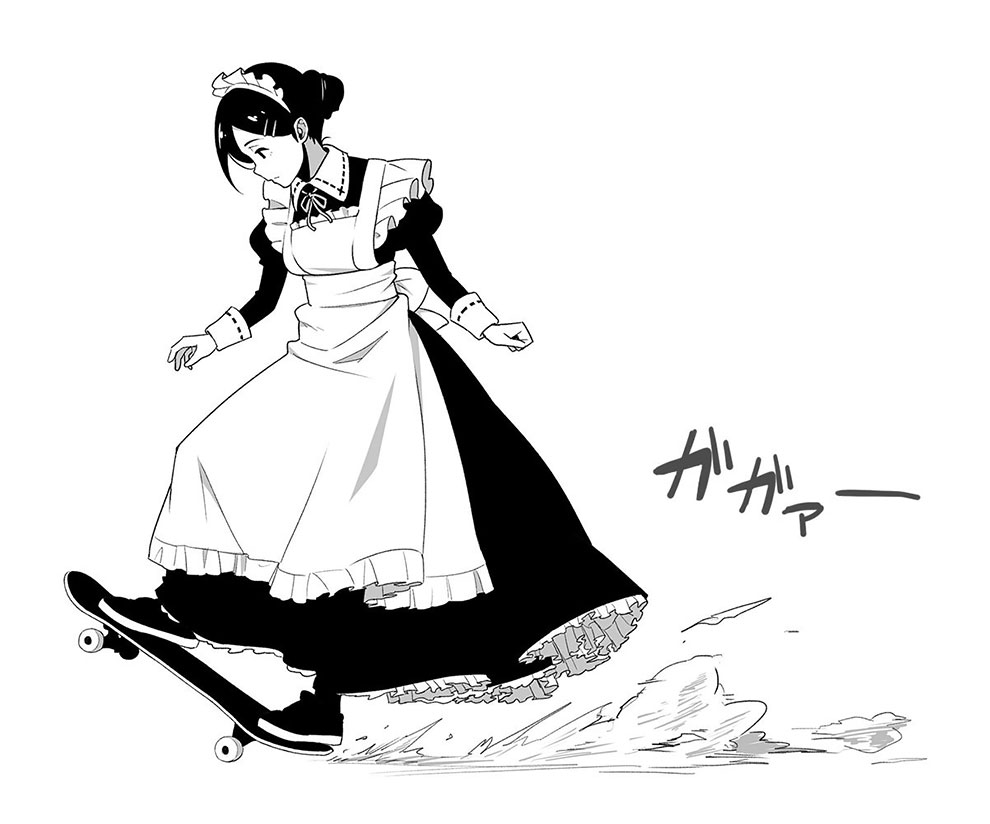 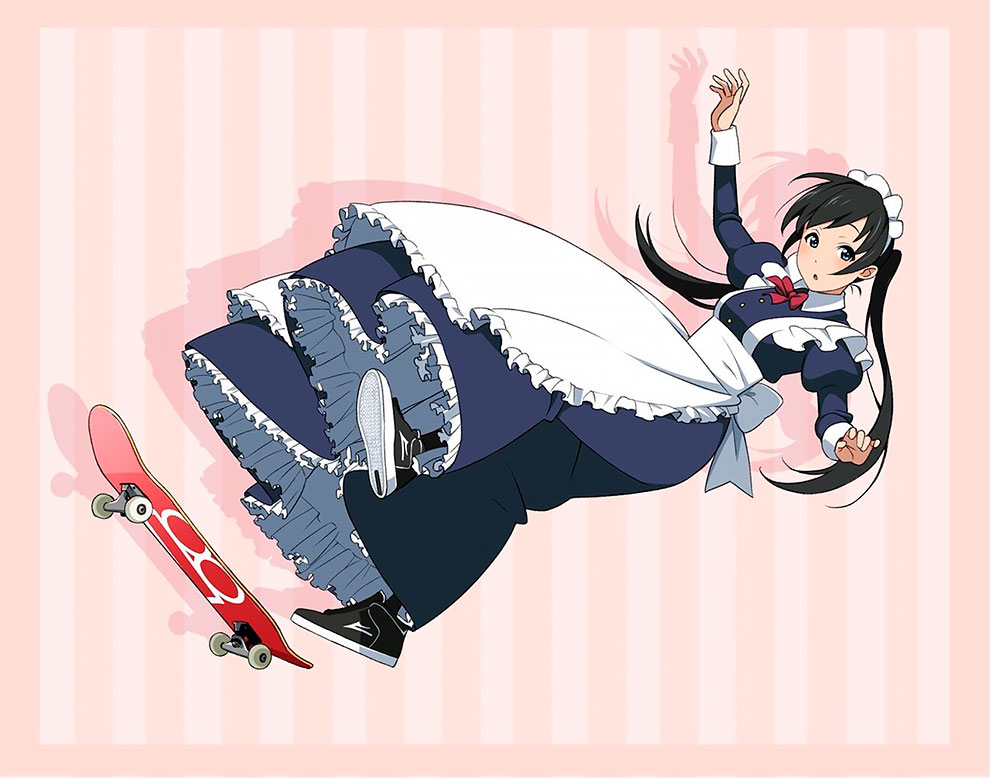 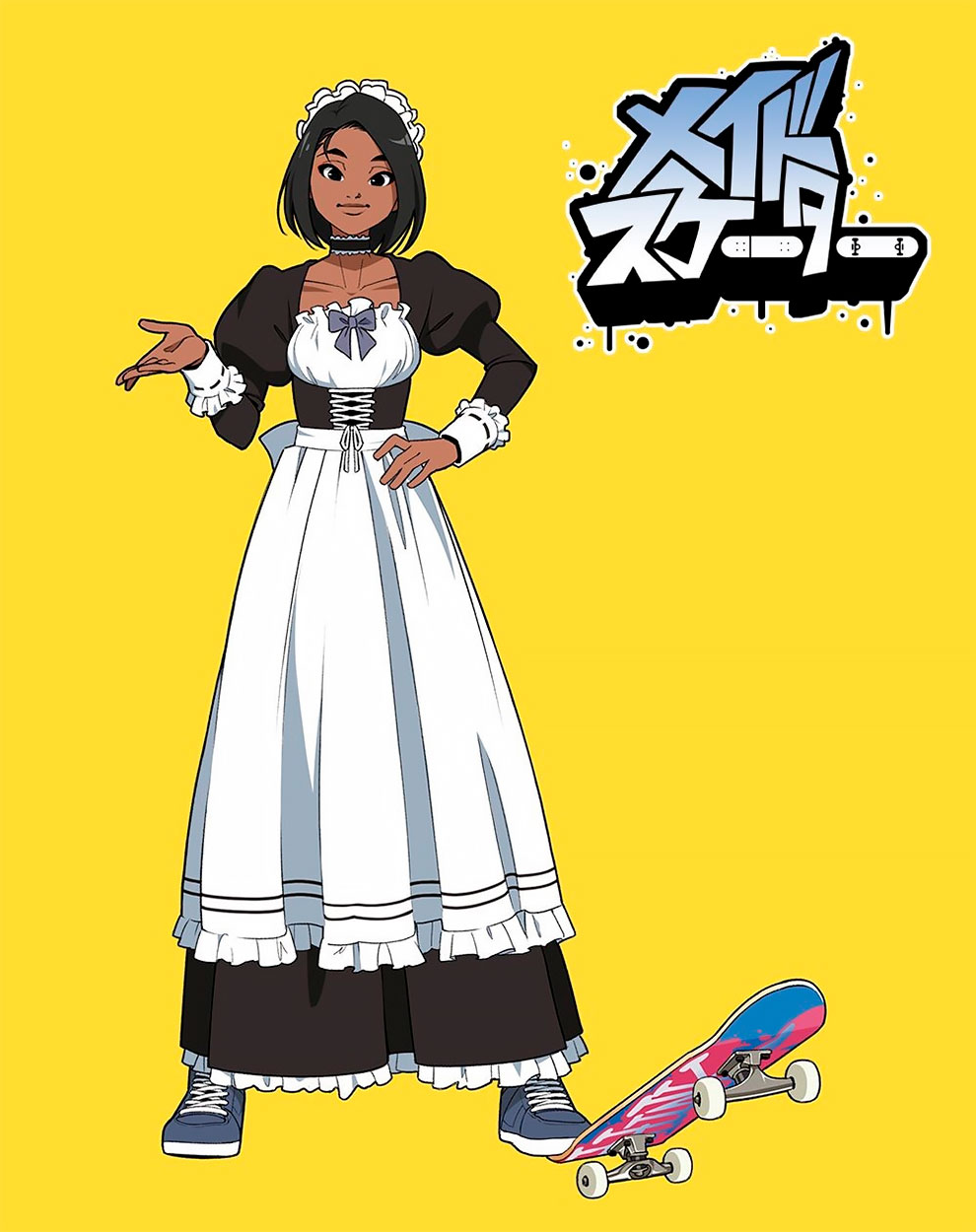 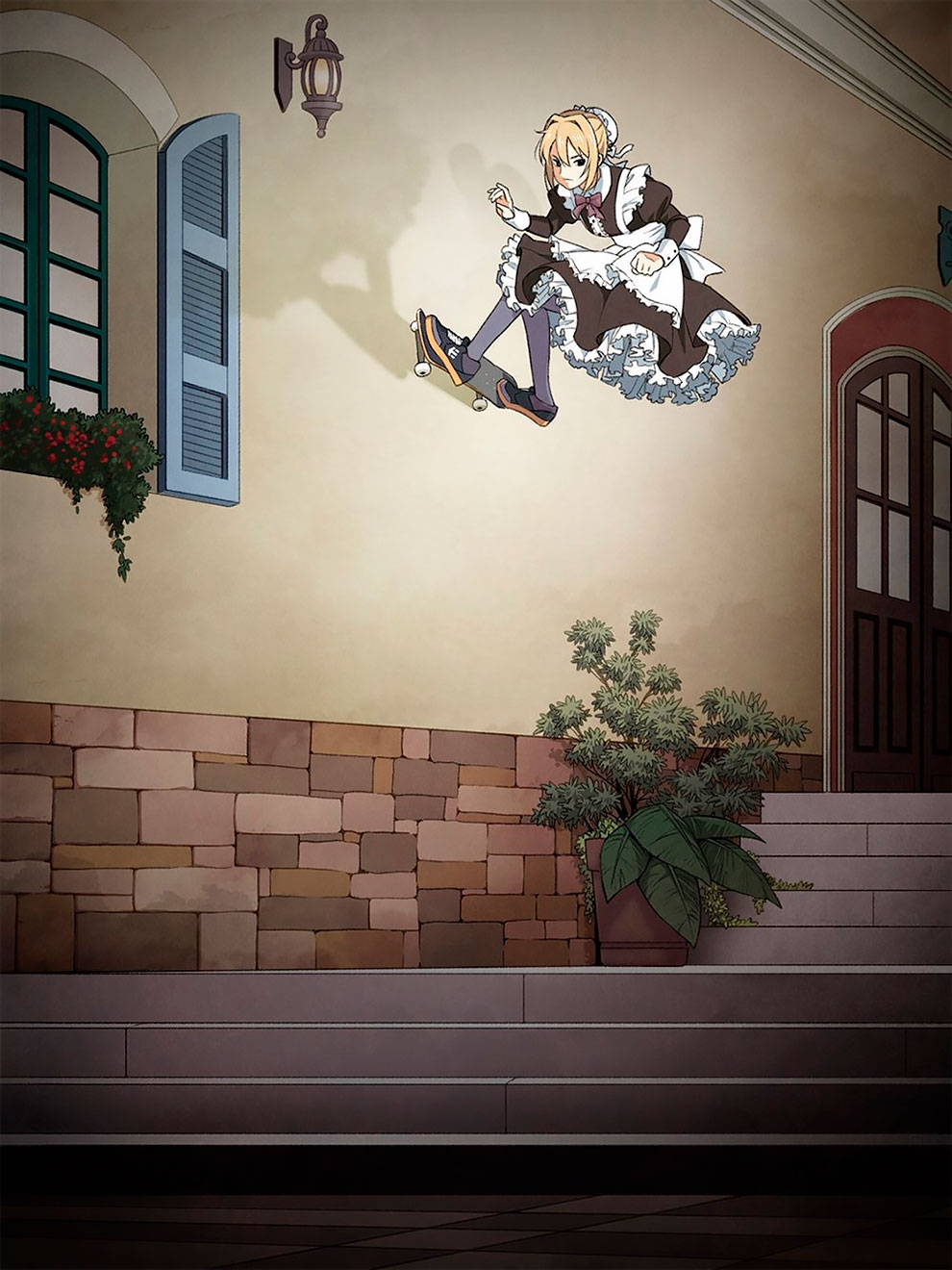 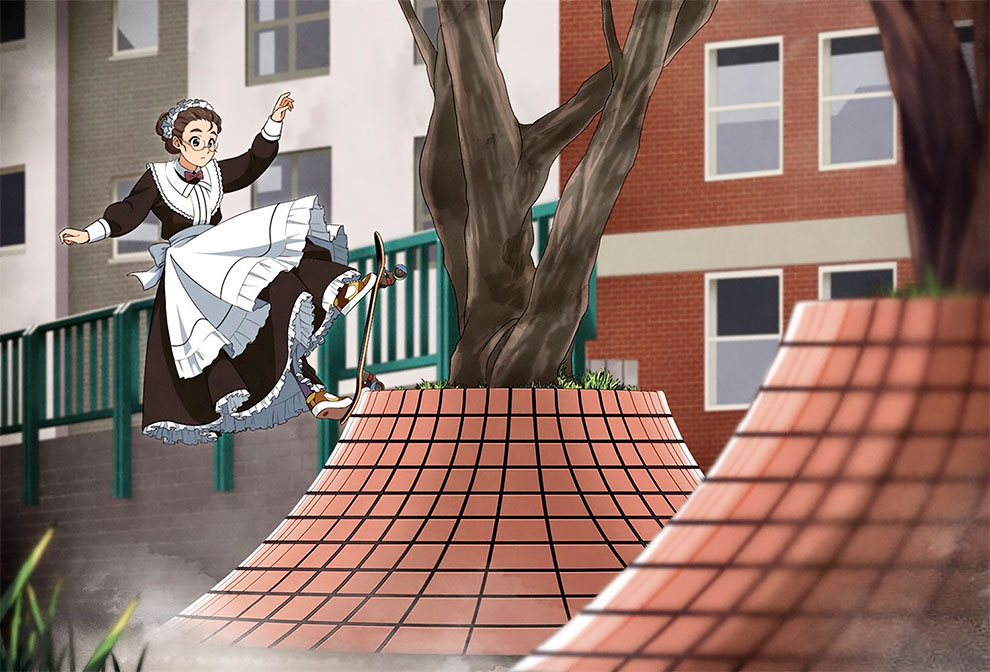 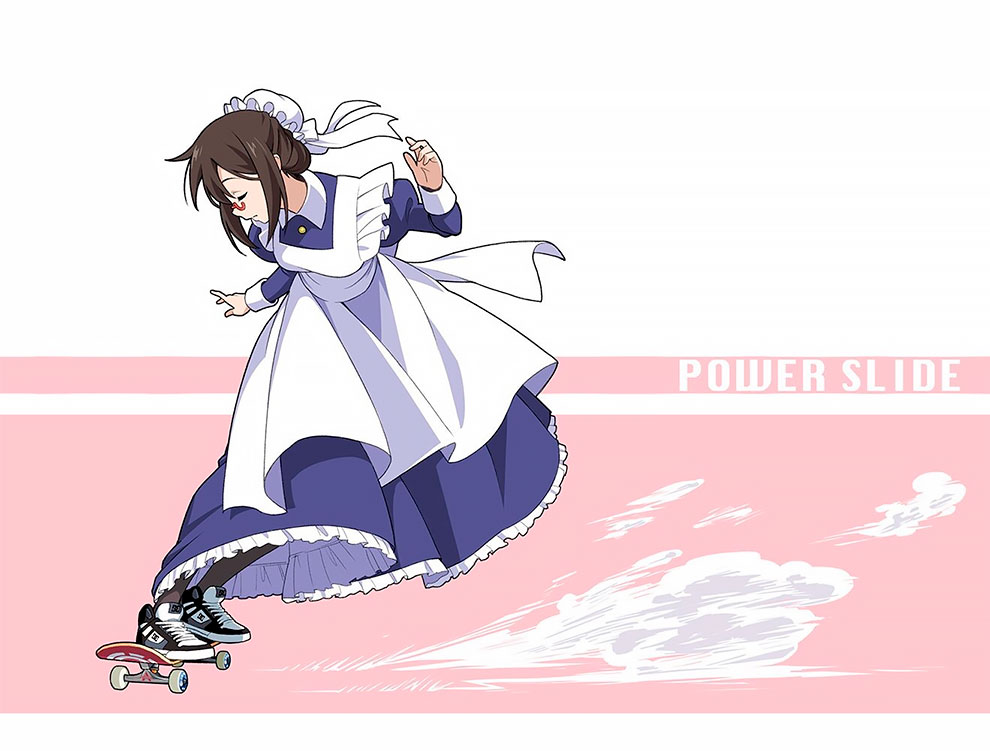 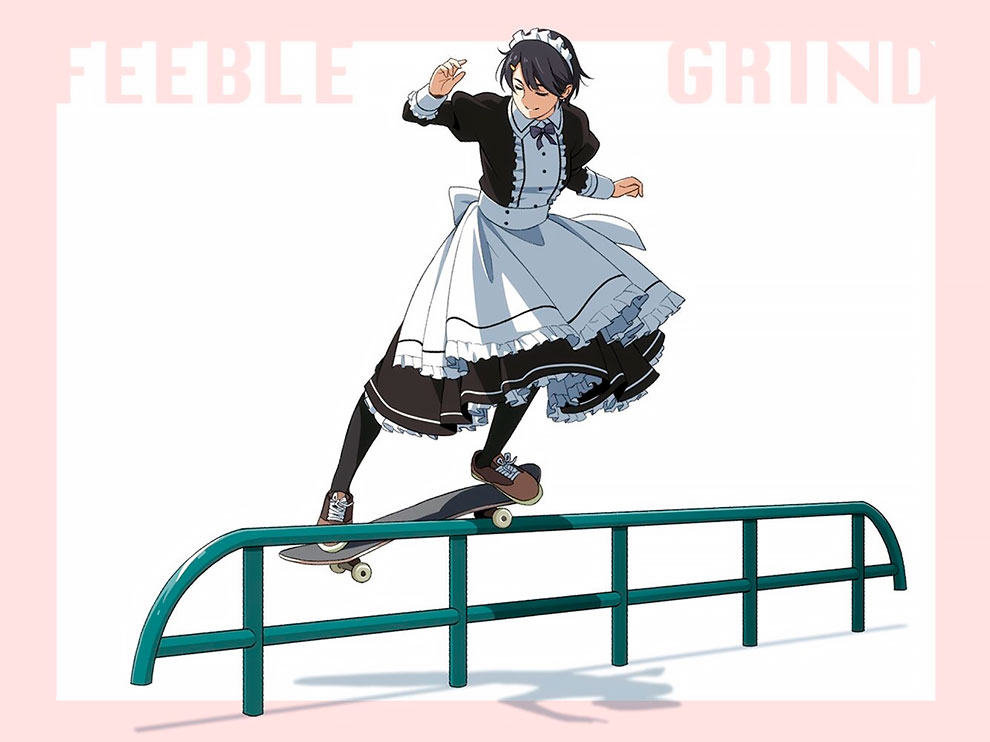 These Realistic Animal Paintings Show How We Neglect Them
"Honey, Where Are You?": The Superb Horror and Nightmare Artworks of Alexander Solomin
Artist Shows The ‘Unseen’ Side Of Popular Characters And People Are Saying It Looks Just Wrong
"PRXCVRIXTS C3LL": The Superb Abstract 3D Transformations by Jack Las Vegas
"Broken Promises": 80s Anime Aesthetic in Artworks by Ana Aleksov
21 Days In Japan: Artist Recreates Scenes Of Japan Through Pleasing Pastel-Colored Illustrations
Tattoo Artist Creates Stunning Portraits Entirely Out Of ASCII Code
Awesome LEGO-Inspired Artworks of Jaime Sanchez
Frederic Edwin Church’s Beautiful Pantings of Icebergs Between Labrador and Greenland, 1859 – 1861
The Awesome Hairstylist That Gives Free Haircuts To The Homeless Every Sunday
Japanese Artist Paints Hyperrealistic Paintings That Are So Precise You Might Confuse Them With Photos
Pictures Of The Way This Thai Teacher Is Teaching Anatomical Drawing Are Going Viral
6 Illustrations That Sum Up Instagram Perfectly
Prankster Replaces Pet Names With New Labels In Local Pet Store
Guy Edits Disney Characters Into His Photos And The Result Looks Like They’re Having A Blast
This Campaign Promotes Pet Adoption Through Brilliant Optical Illusion Photos
30 Surprising Facts You Might Not Know About
The Paranormal Psychology of Meagan “Magpie” Rogers’ Surreal Fantasy
Woumpah
The Real Meaning Of Things We Say
Graham Annable
Surreal And Dreamy Photo Manipulations By Jackson Hall
Outlandish Reality: Bizarre Digital Art By The Artist Nikita Veprikov
George Orwell’s 'Animal Farm' Illustrated By Ralph Steadman
japan, maids, skateboards