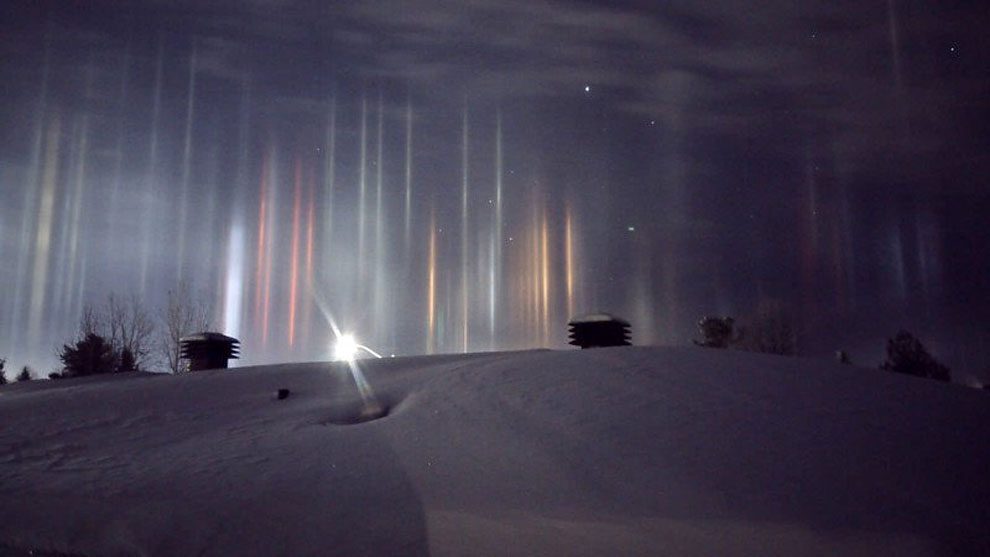 In northern Ontario, residents are used to viewing the Northern Lights, but tech YouTuber Timothy Joseph Elzinga was in for a big surprise when he gazed out his window last Friday night. Awoken by his 2-year-old son at 1:30 am, Elzinga was about to settle back into bed when he noticed a strange sight—moving, shimmering lights beaming up from the ground outside! 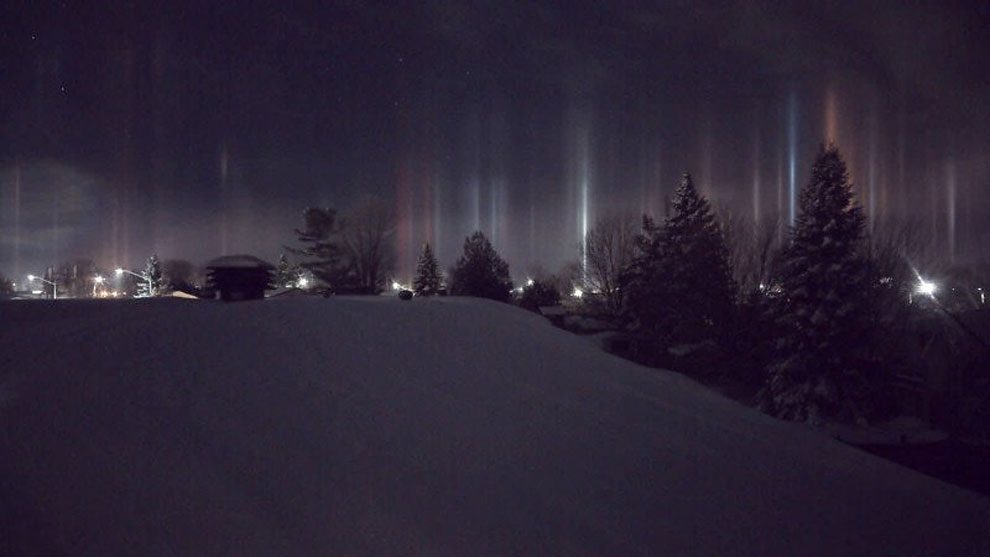 With temperatures dropping to 0 degrees Fahrenheit (about -18 degrees Celsius), dense clusters of ice crystals formed, creating the perfect vessels to reflect light. What Elzinga saw wasn’t really a column of light. These light pillars were merely an optical illusion as the homes, businesses, street lights, and traffic lights caused a collective reflection off the ice crystals. 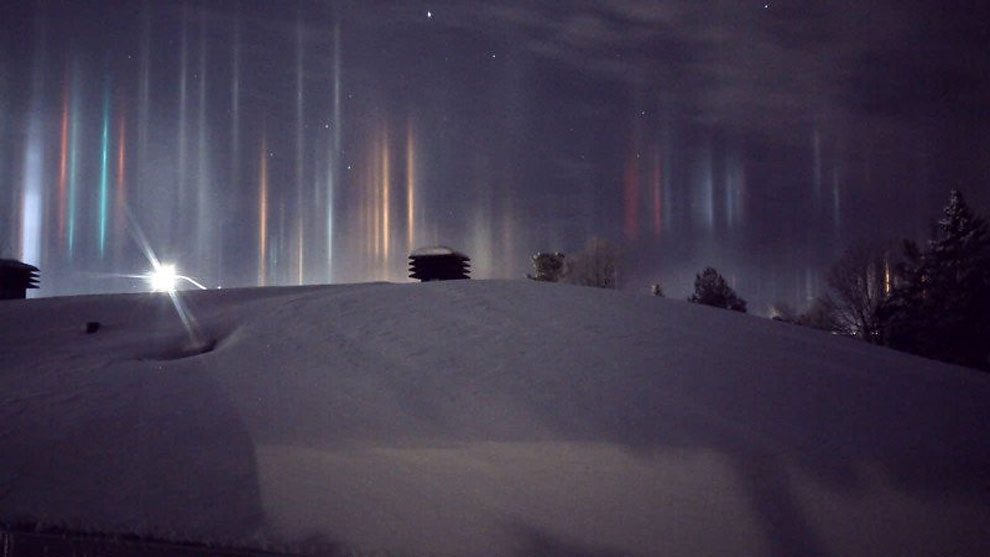 “It looked like someone from Star Trek was trying to beam people up,” Elzinga tells CBC. “It was very bright in person, like nothing I’ve ever seen. It almost seemed supernatural.” 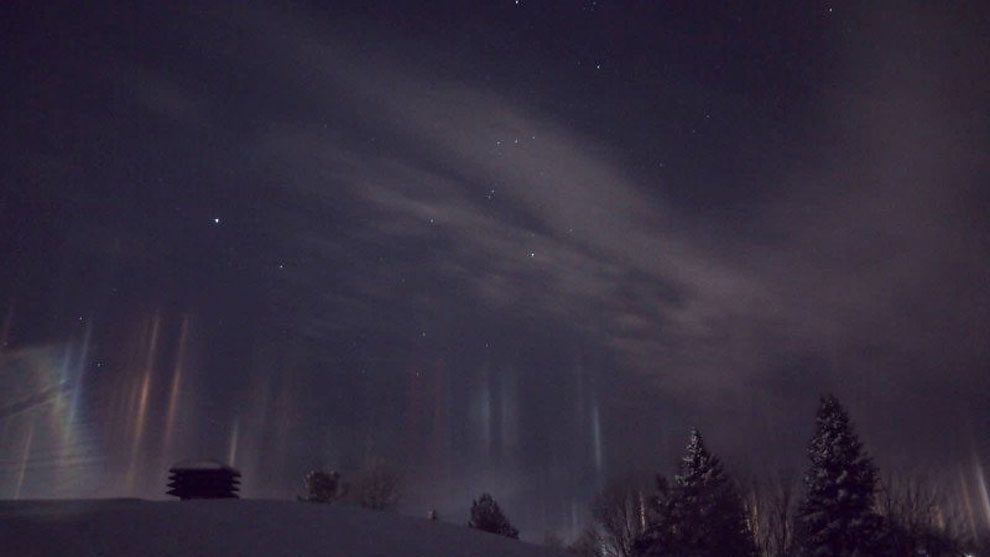 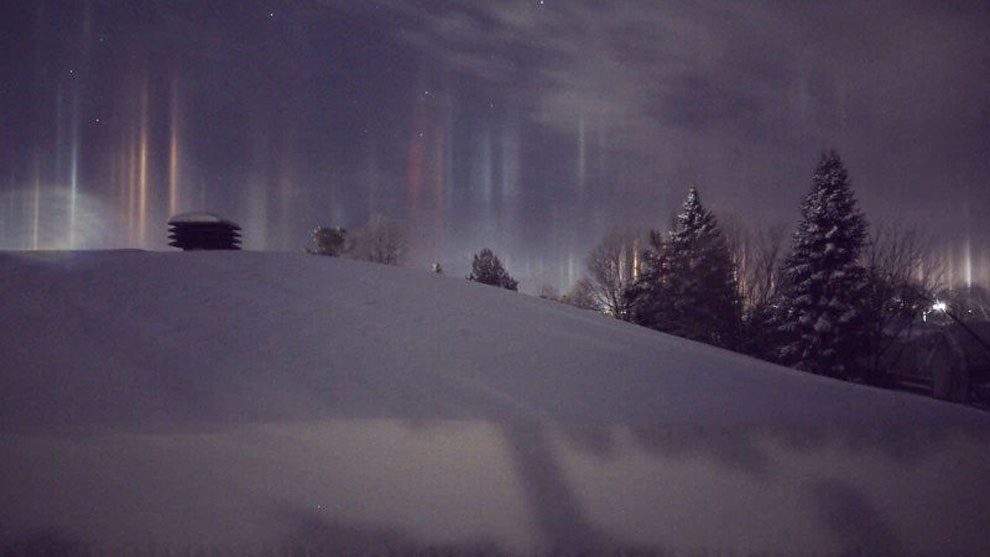