Stock photography stalwart Arcaid Images just announced the 20 of the year’s best architectural photographs in the running for the 2016 Arcaid Images Architectural Photography Awards. Photographs are shortlisted under four categories: Exteriors, Interiors, Sense of Place and Buildings in Use. The photographs will be showcased at World Architecture Festival from November 16-18 in Berlin, Germany. The overall winner will be revealed at a gala dinner following the show 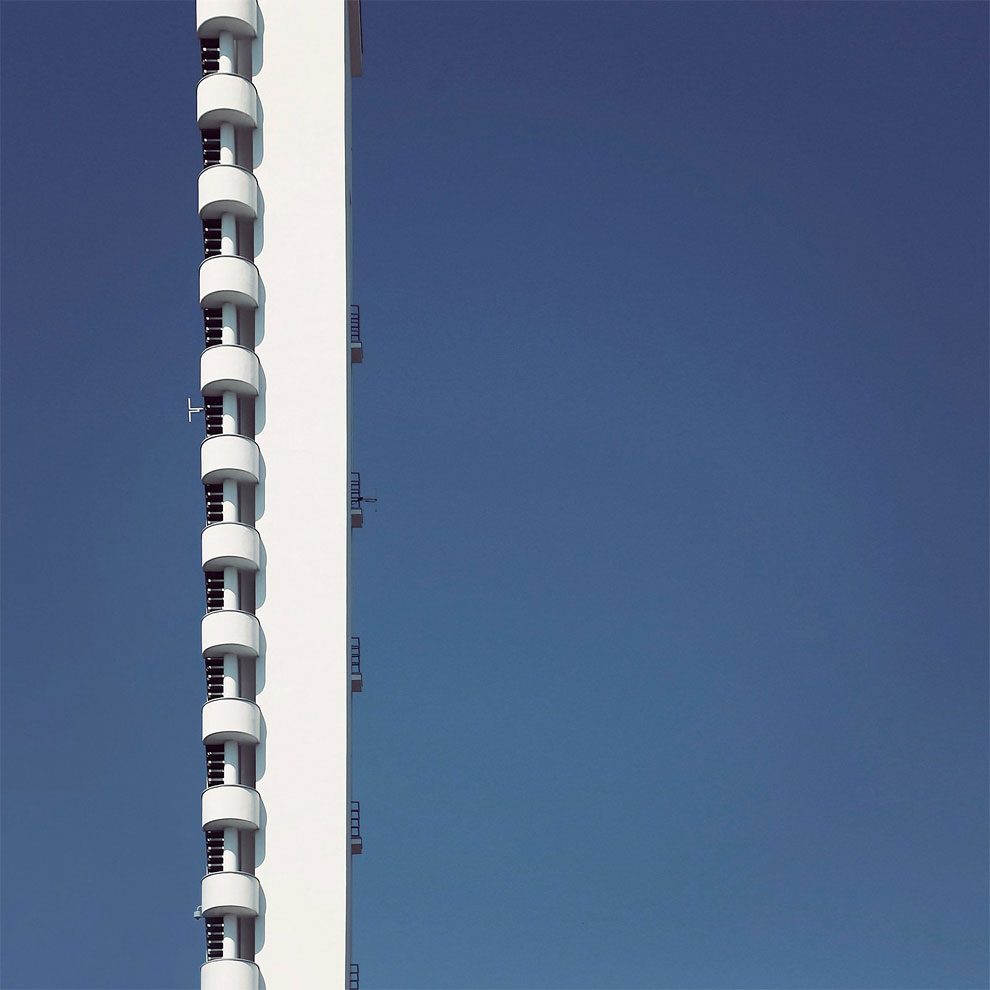 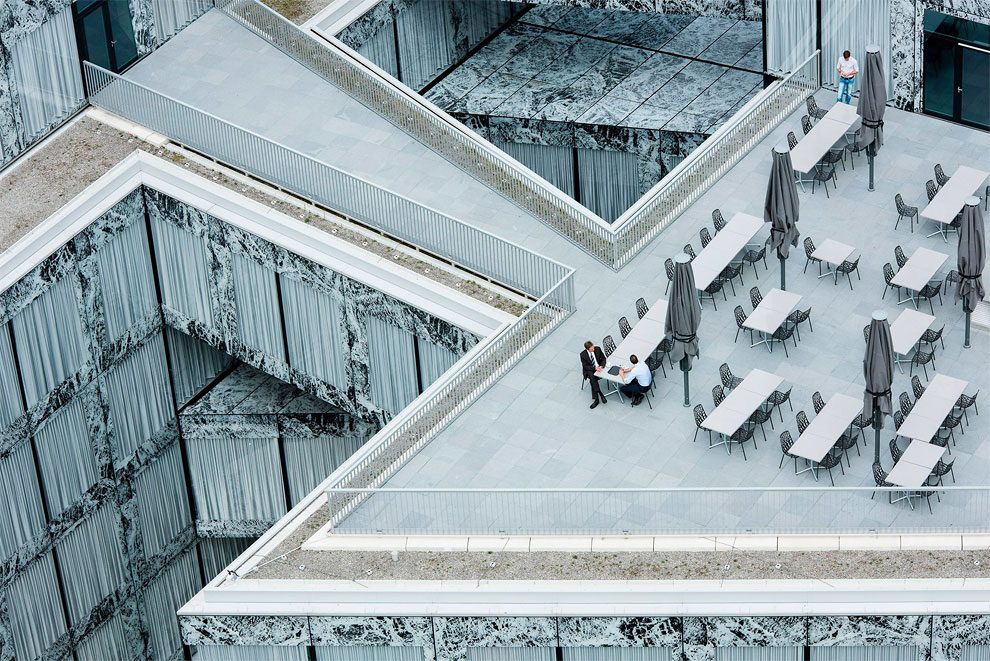 Buildings in Use. Three men making use of the roof terrace at the Allianz Headquarters in Zurich were captured in this photograph by Adrien Barakat. The building designed by Wiel Arets Architects features a fritted glass facade designed to mimic the pattern of onyx marble. 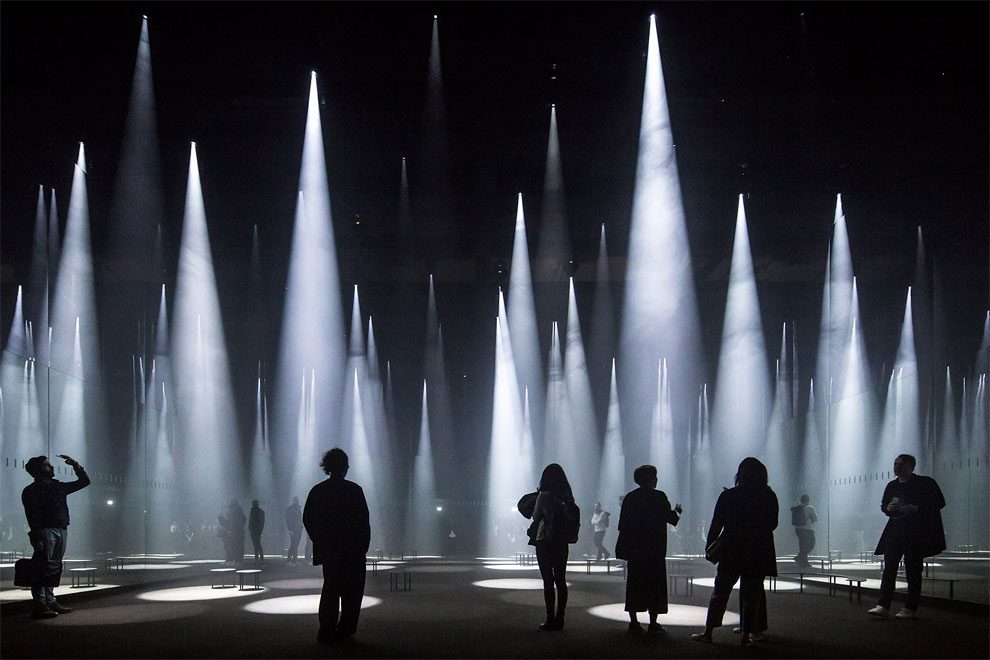 Buildings in Use. Photographer Laurian Ghinitoiu is shortlisted for this shot of Sou Fujimoto’s Forest of Light installation, which was created for the clothing brand COS at this year’s Milan design week. 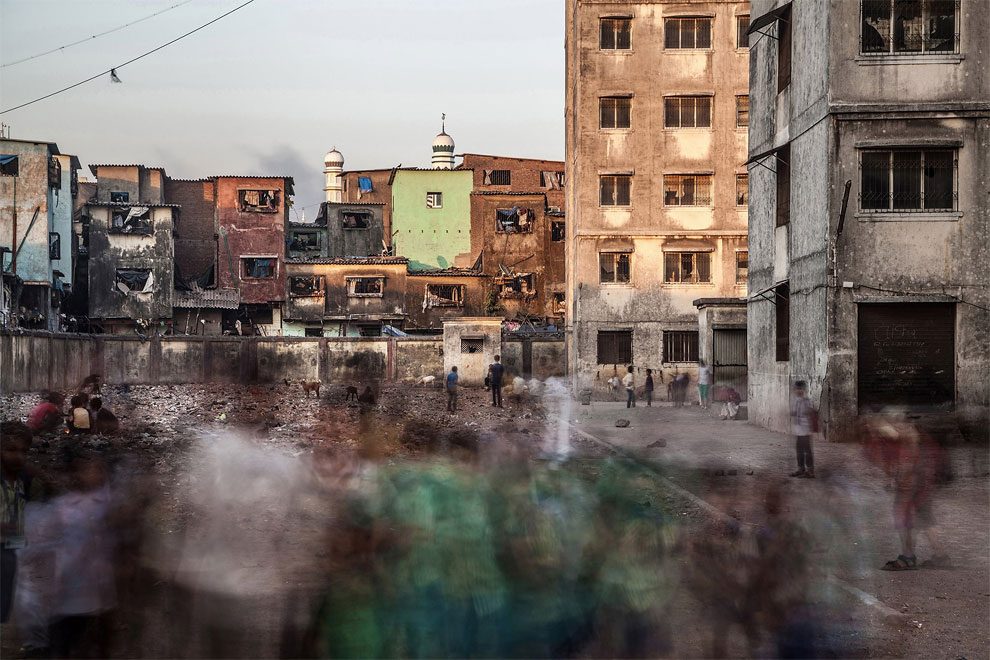 Buildings in Use. Mumbai’s Dharavi slum with a series of blurred figures in the foreground by photographer Torsten Andreas Hoffmann. 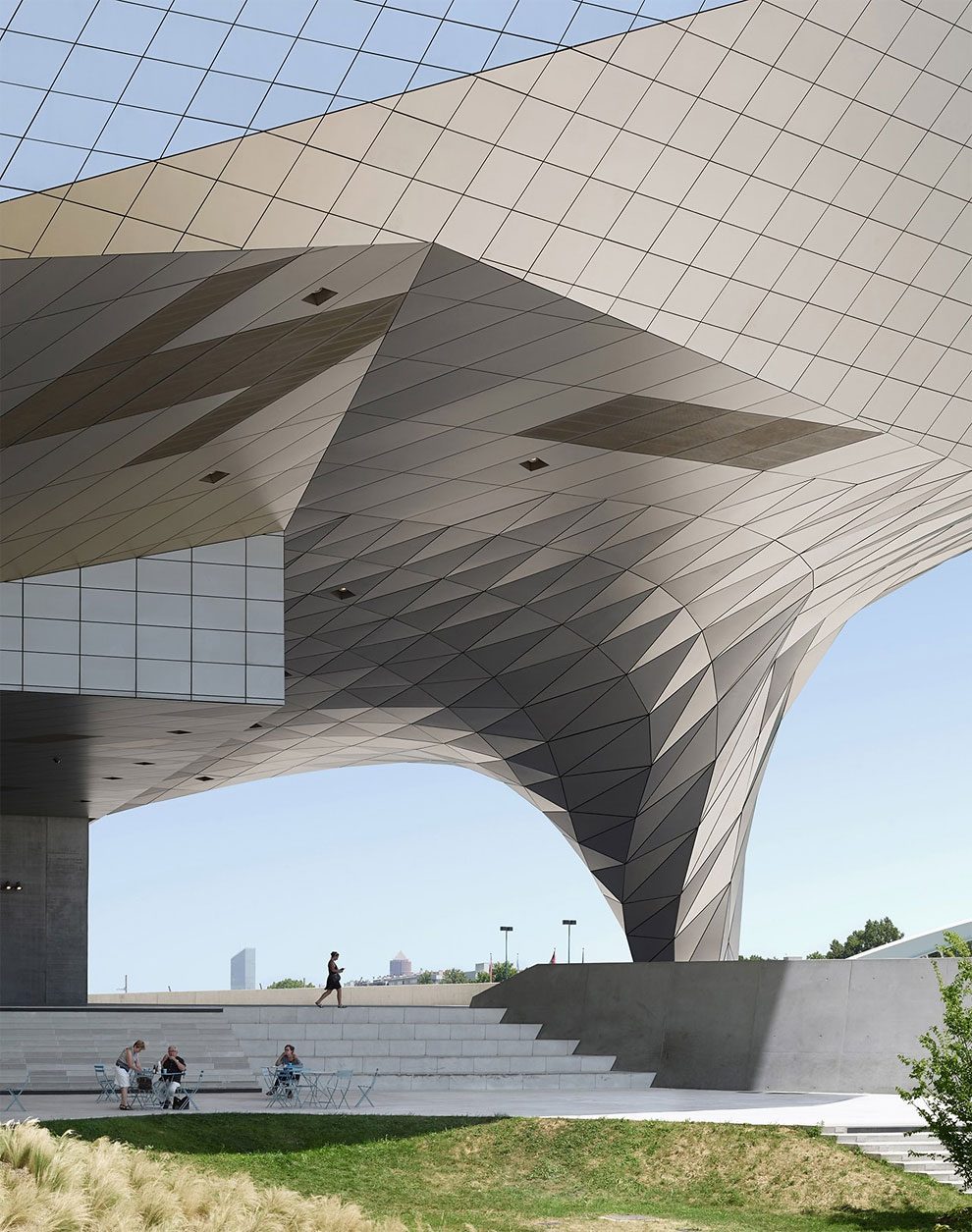 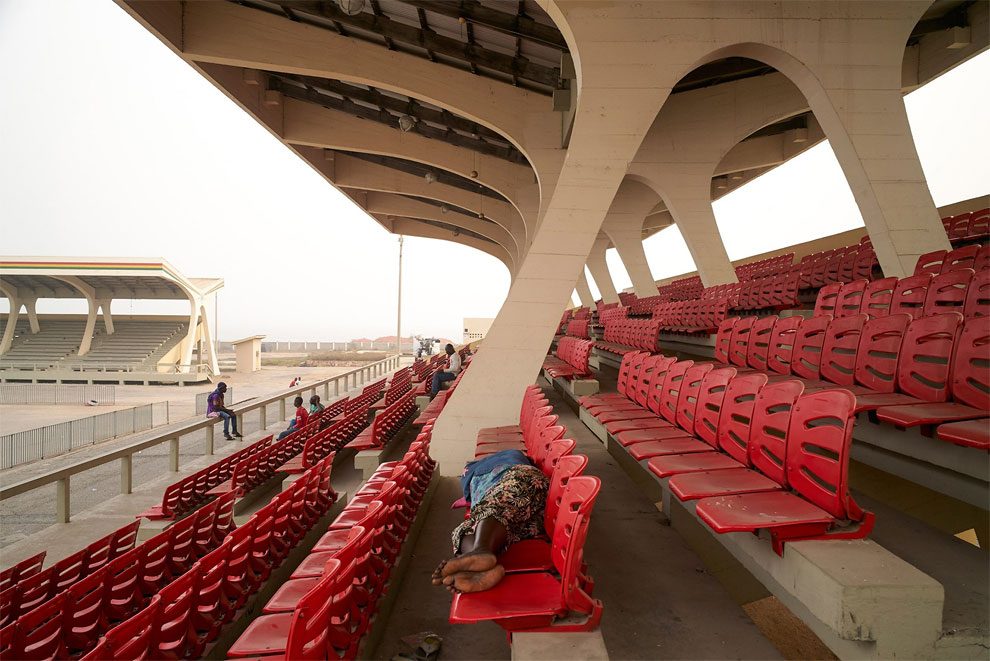 Buildings in Use. Julien Lanoo frames a woman sleeping below a canopy in Ghana’s Independence Square in Accra for his entry. Lanoo is also shortlisted for photographs in the Exteriors and Sense of Place categories. 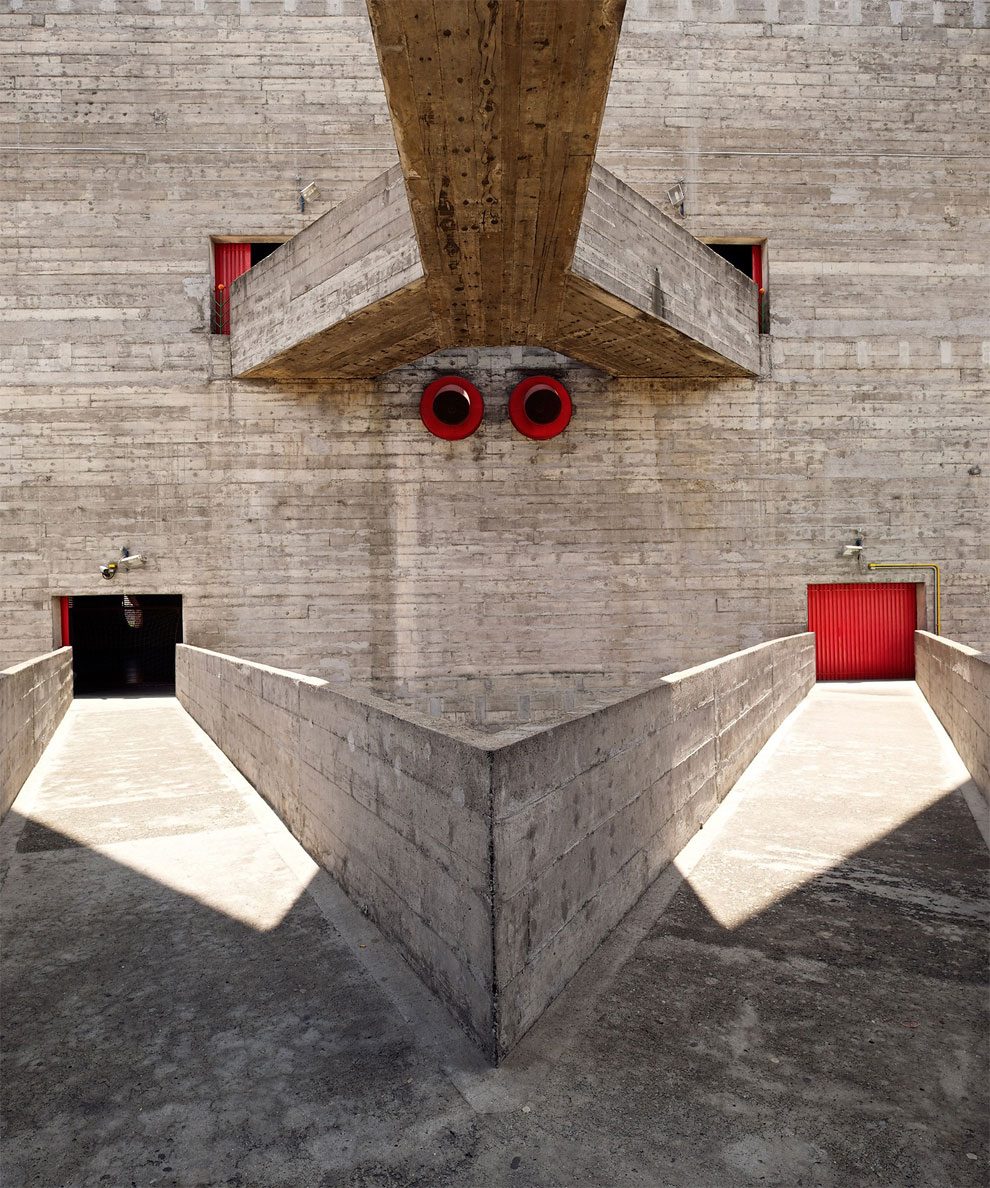 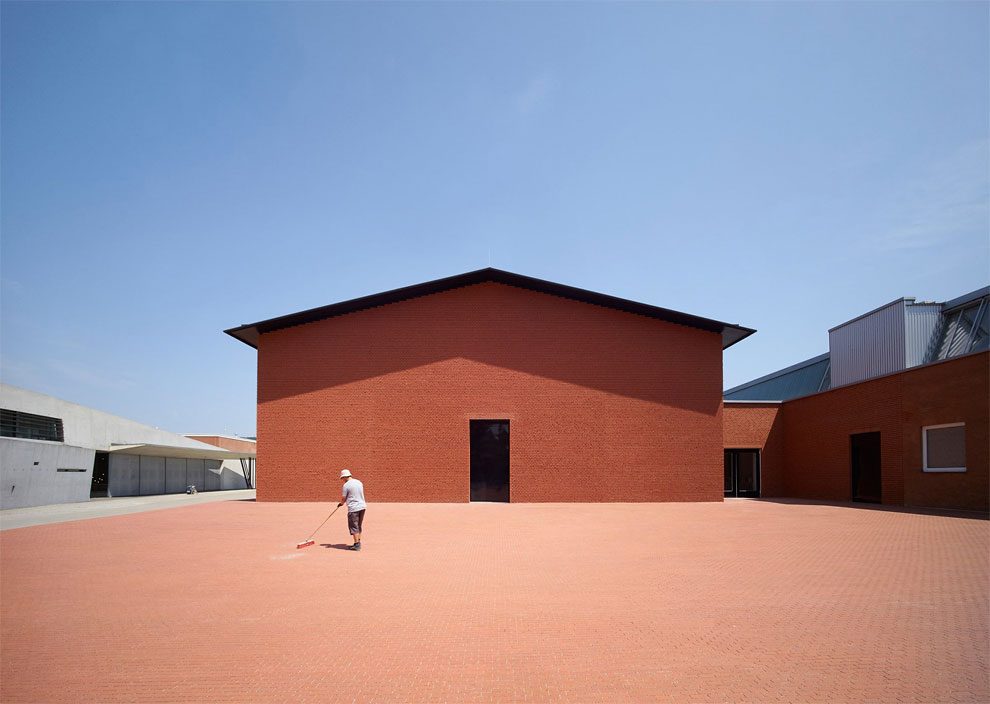 Exteriors. Julien Lanoo features a shot of Herzog & de Meuron’s Vitra Shaudepot in Weil am Rhein, which was completed earlier this year. 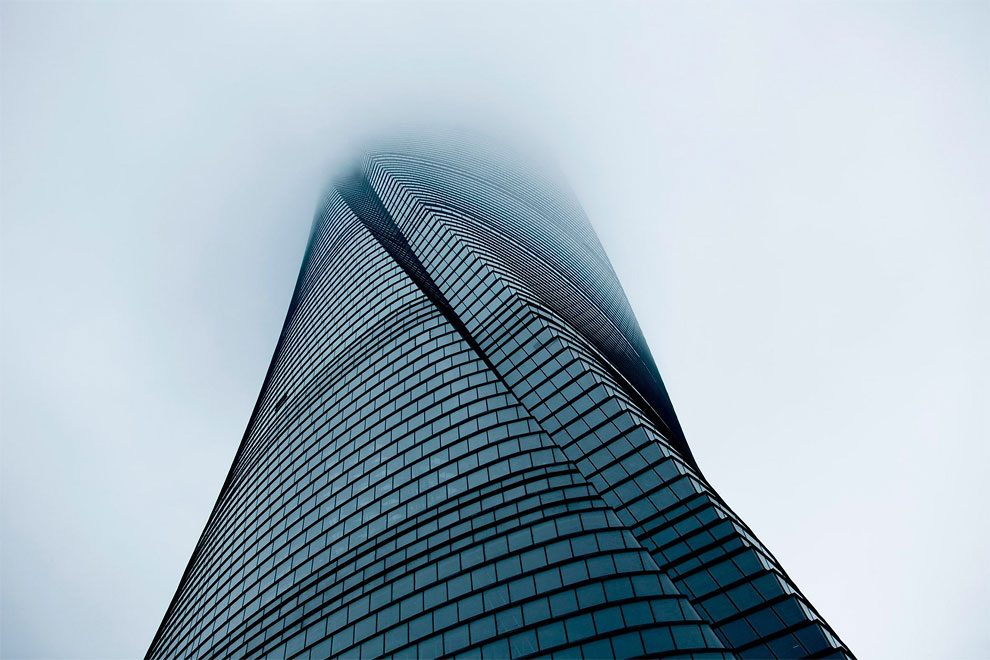 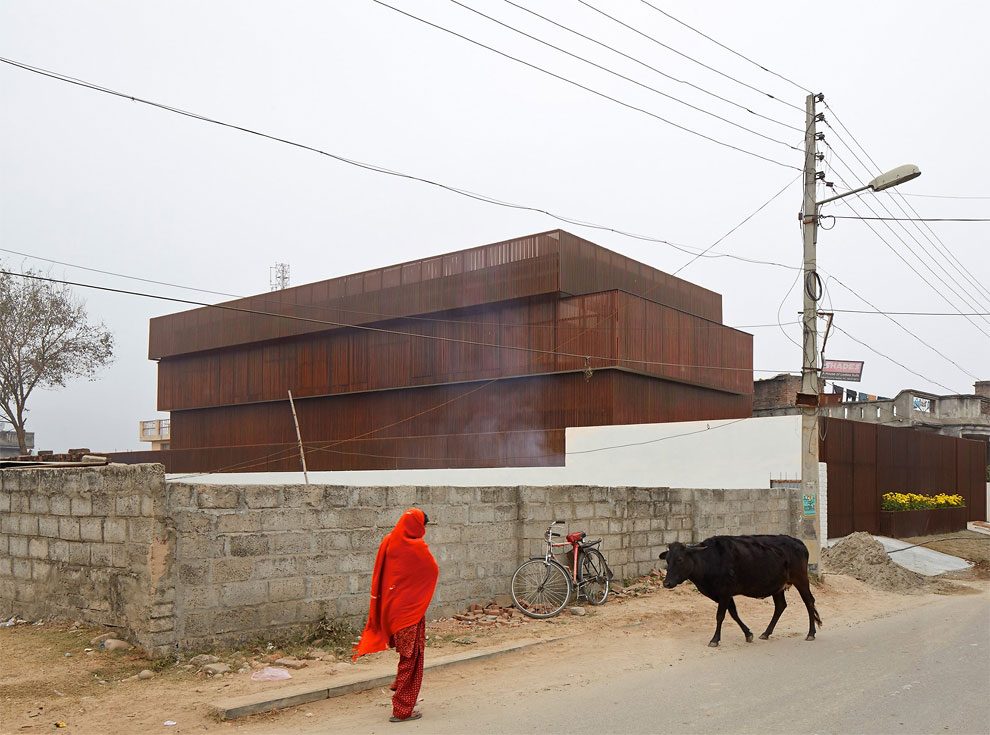 Exteriors. Shot from the street, this image shows the Lattice House in Kashmir by sP+A Architects and was taken by photographer Edmund Sumner. 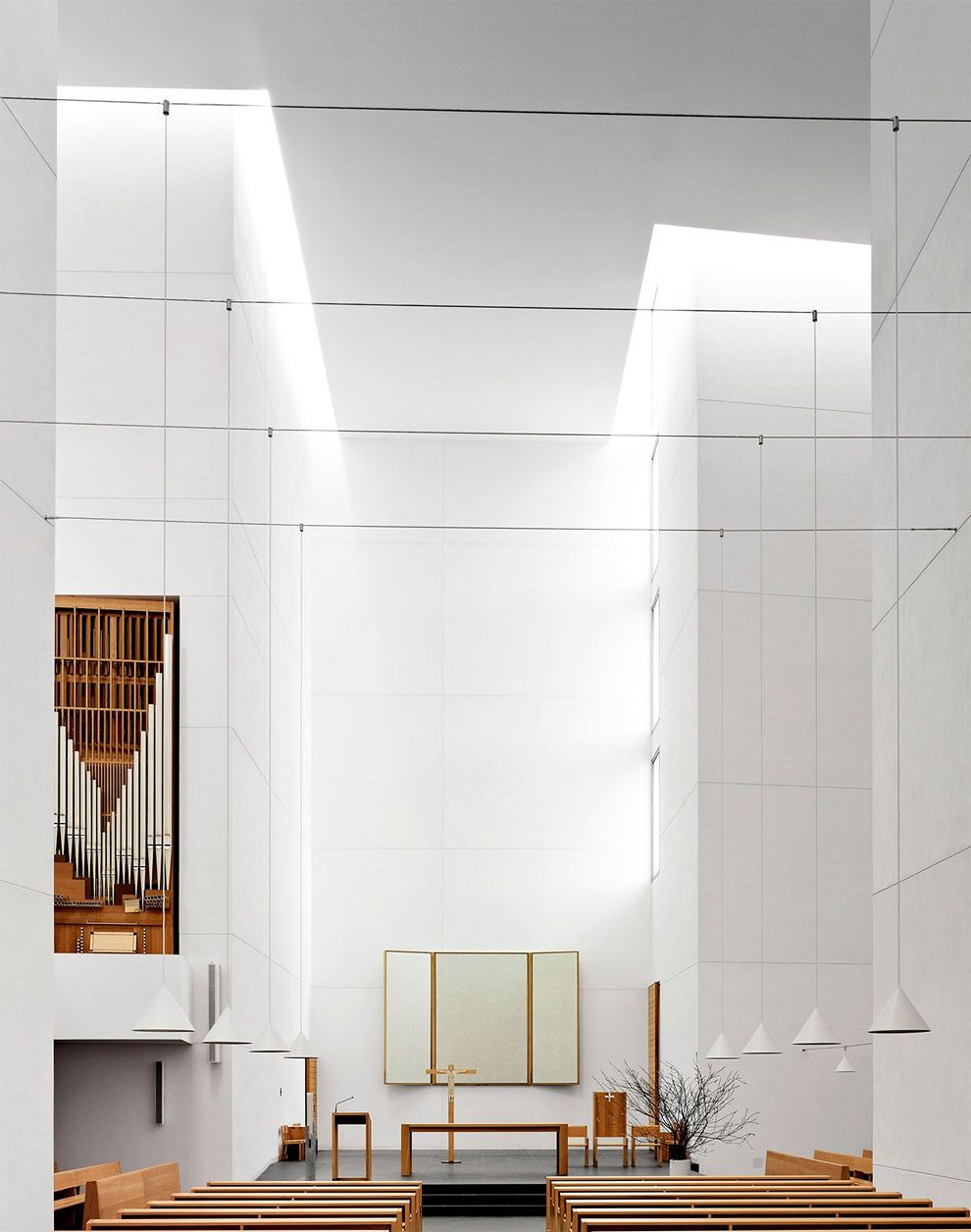 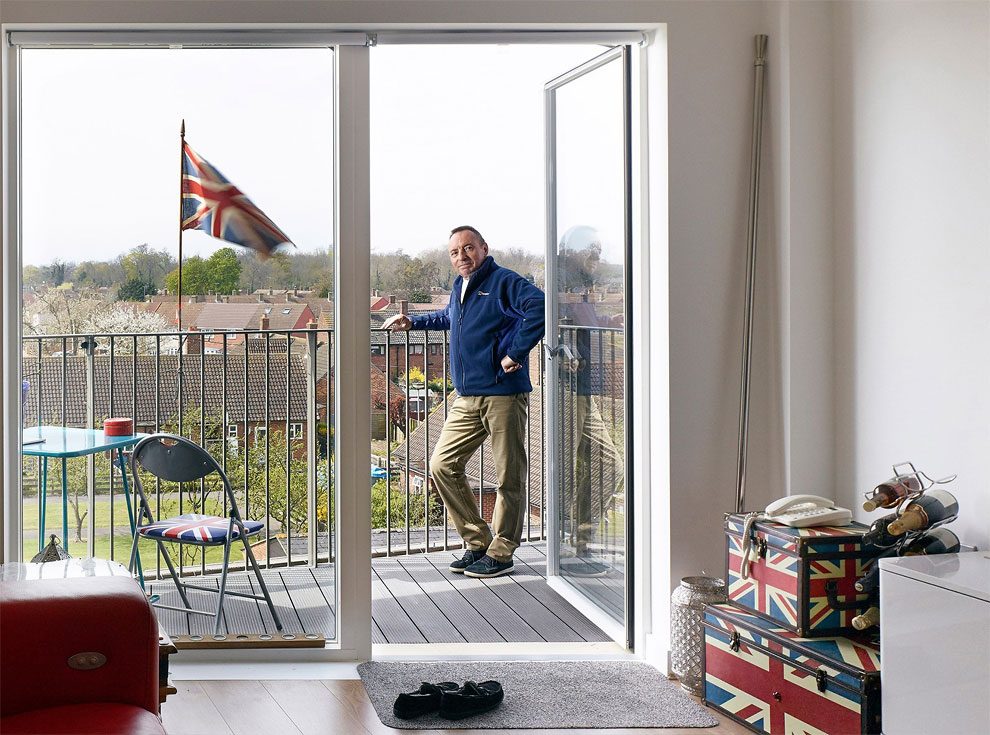 Interiors. The British flag features heavily in this image by Kilian O’Sullivan taken on the Queen’s Birthday inside a home designed by Bell Phillips. 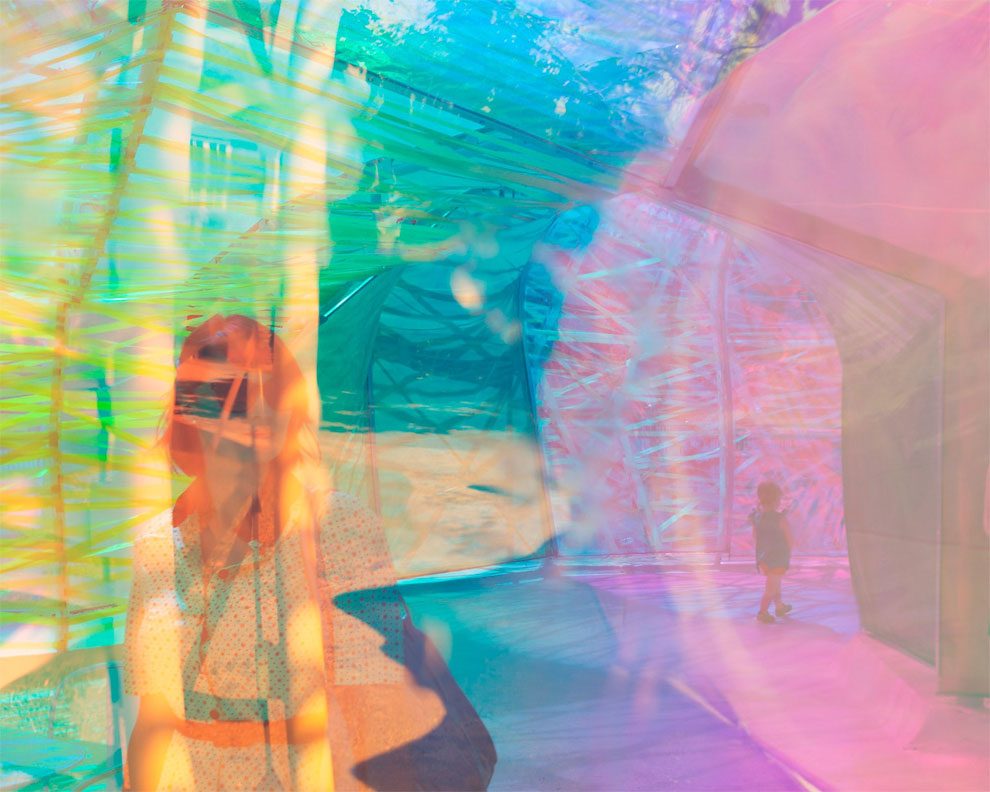 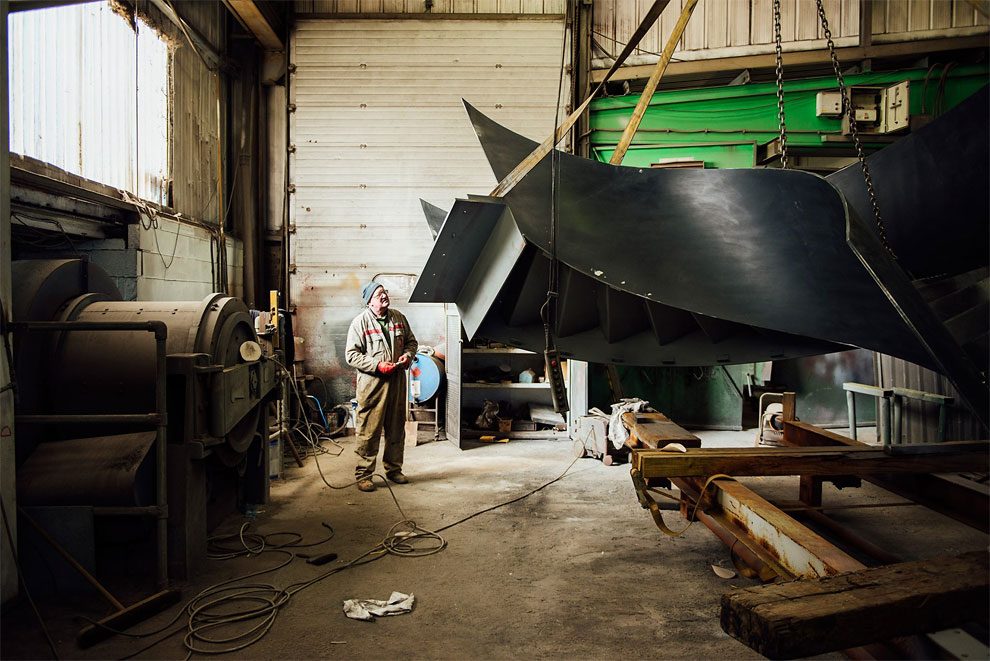 Interiors. The making of a helical staircase designed by Finkernagel Ross Architects is documented in this photography by Will Scott, which is taken inside a workshop in the English town of Littlehampton. 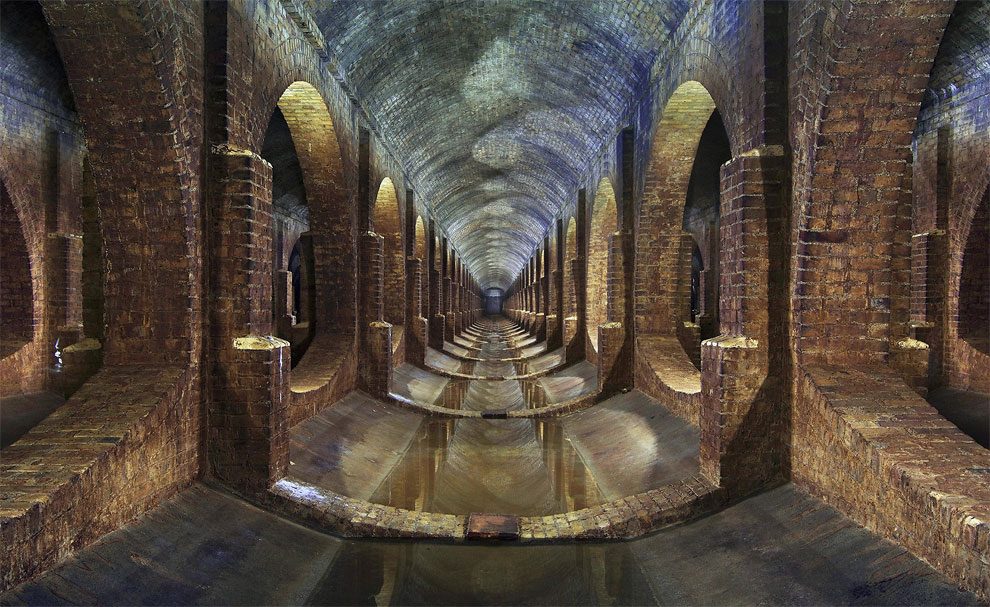 Interiors. The photograph by Matt Emmett captures the brick arches of the Covered Reservoir in London’s Finsbury Park, which was designed by the East London Waterworks Company in 1868. 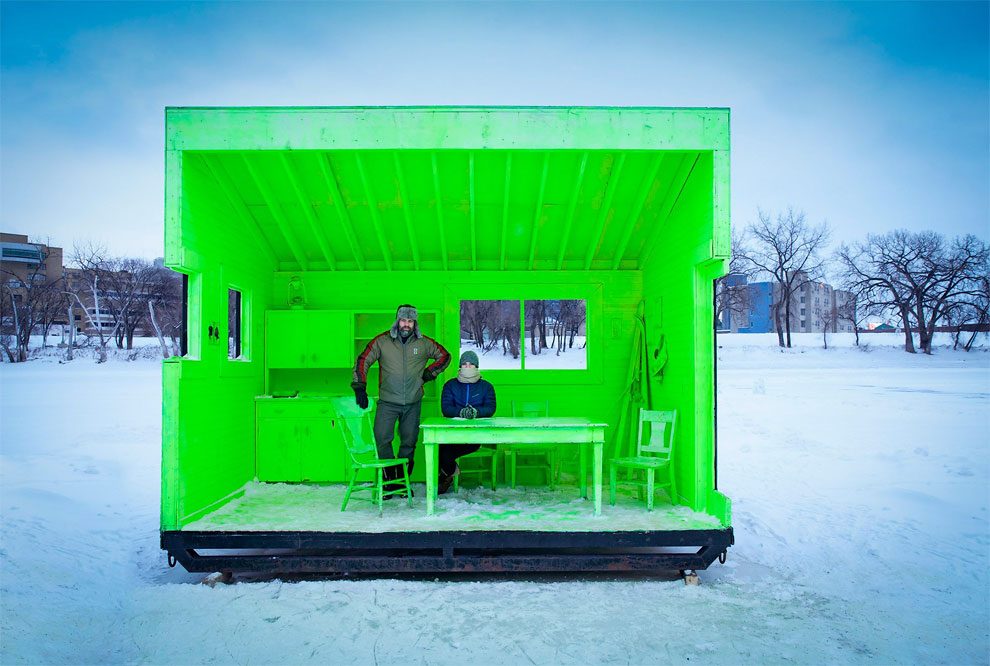 Sense of Place. A couple seeking refuge from the Winnipeg snow pose for this photograph taken by Paul Turang and shortlisted for the Sense of Place category. The neon green pavilion was designed by Plain Projects, Pike Projects and Urbanink. 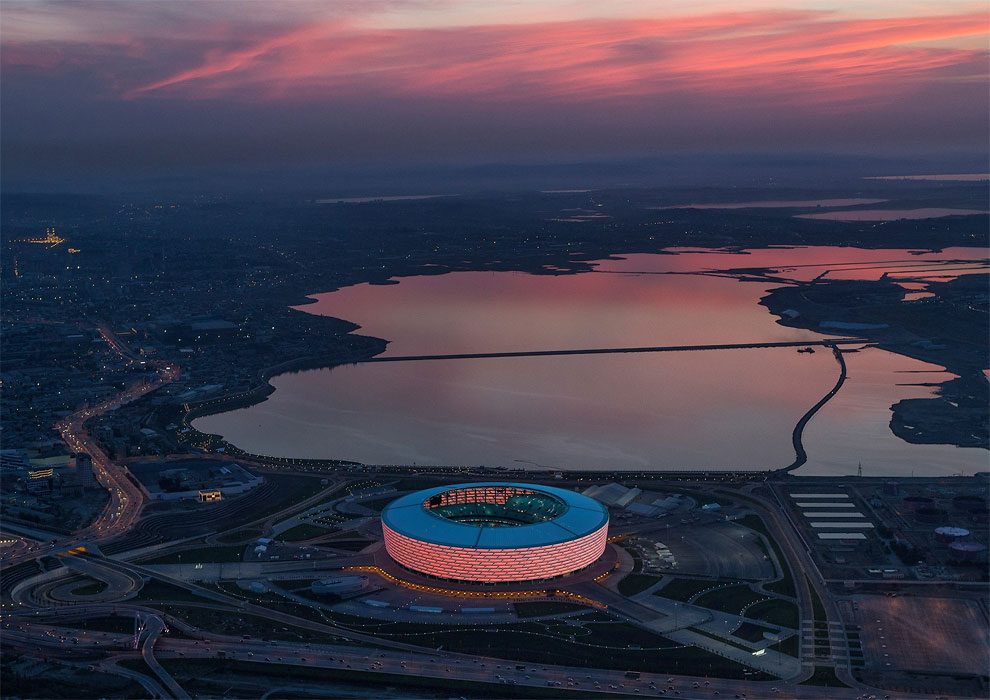 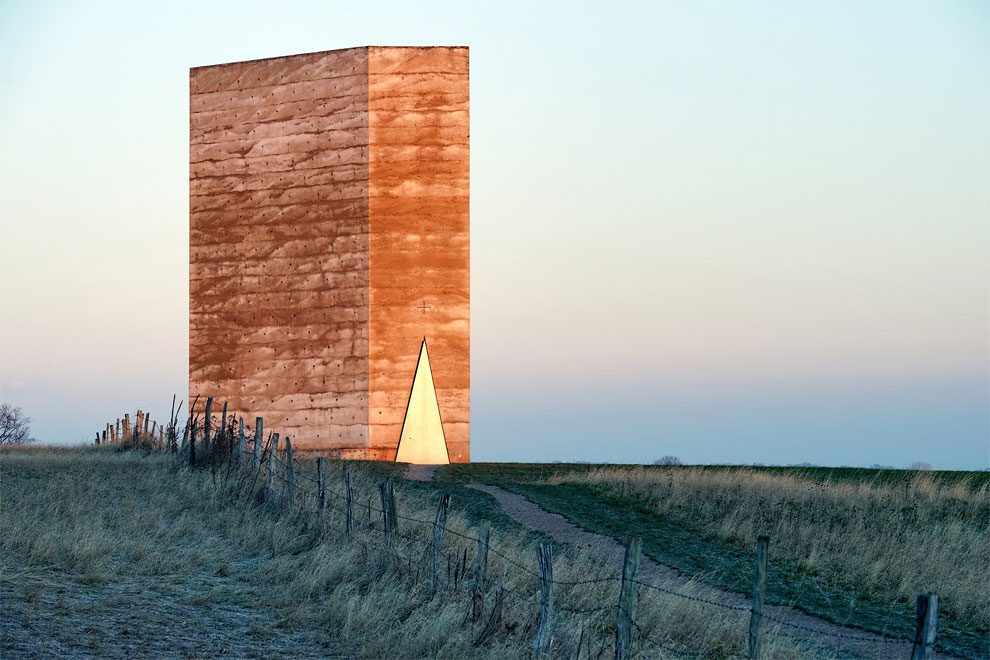 Sense of Place. Peter Zumthor’s Bruder Klaus Field Chapel in Mechernich-Wachendorf features in the final shortlisted entry, which is taken by Mark Wohlrab. 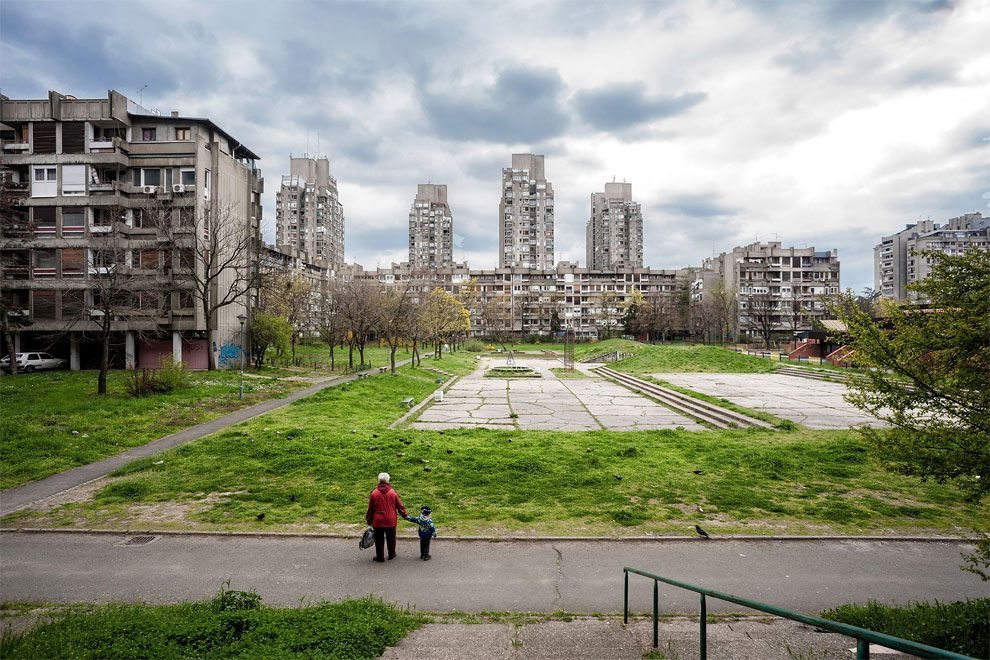 Sense of Place. The concrete towers of a Serbian housing estate designed by Aleksandar Stjepanovic rise in the background of this shot by Inigo Bujedo Aguirre. 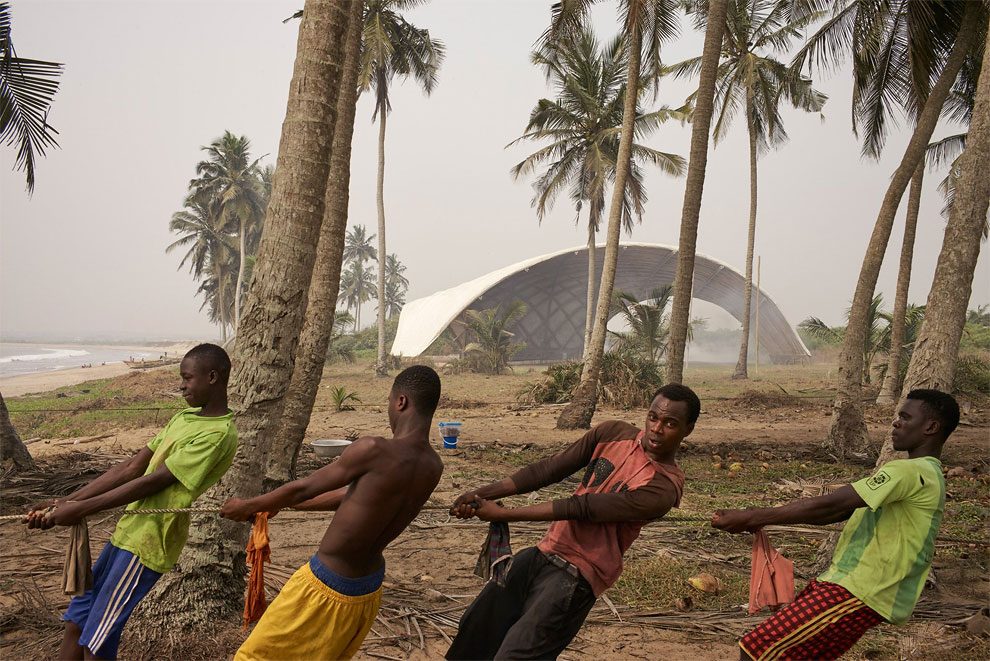 Sense of Place. The latticed bamboo arch of the seaside Haduwa Arts & Culture Institute in Ghana – designed by [a]FA [applied] Foreign Affairs, can be seen in the background of this photograph by Julien Lanoo.

Mirrored Ceiling Makes Bookstore Look Like an Infinite Library
Stunning Images Of The Psychiatric Clinic In Greenland
Floriade 2012: World Horticulture Festival
Twisting Sculpture-Bridge-Museum Opens In Norway
"Secret Window, Secret Beach": The Desk Areas In This Home Have Little Windows To Distract You With Views Of The Beach
Audi Hires Photographer To Shoot Their $50,000 Car, He Uses $32 Miniature Toy Car Instead
French Fashion ’71: Stunning Women’s Styles From 1971
Amazing Glass House In The Middle Of Nowhere
Ricardo Bofill Taller de Arquitectura in Barcelona
Spectacular Winning Photos Of The Australia's 2018 Photographer Of The Year Contest
Alone Together: Photographer Portrays Ordinary People In Their Homes In A Downbeat And Ultra-Stylised Manner
Singular Beauties Revealed By The Romanian Photographer Michelle De Rose
Veteran Storm Chaser Captures The Stunning Beauty Of Deadly Monsoons In Arizona
Japanese Photographer Spends His Life Shooting Women's Thighs
"Blow Job": Strong Air To Face Photoshooting By The Photographer Tadas Cerniauskas
Lithuanian Photographer Took A Pictures Of The Most Colorful Old Garage Doors In Her Country
Defenders Of The Soviet Arctic During The Great Patriotic War - The Giant Monument On The Edge Of Russia
Photographer Daniel Sachon Imagines What Marilyn Monroe Would Be Like Today
Stunning Fantasy Multi-Level Worlds Created From Laser Cut Wood
How Soviet Space Dreams Became A Photographer’s Inspiration
World’s Longest Tunnel Slide To Open In London This Summer
"Shop Cats Of New York": Photographer Captures Cats In Shops All Over NYC
This Photographer Captured 130 Images Showing The Stunning Beauty Of Redheads
A Photographer Has Captured Hundreds Of Leaves To Show The Beauty Of Diversity And Imperfection
arcaid, architecture, images, photographer, shortlist, stunning