Virgin Trains has launched an innovative swim cap for bearded men – the Beard Cap – which will be trialled with customers competing at the Great North Swim, Lake Windermere, June 12 – 14, 2015. The unique Lycra prototype extends down to wrap under the chin and packs the beard against the face to decrease drag whilst swimming. It’s reusable, adjustable and perfect for keeping bushy beards under control. 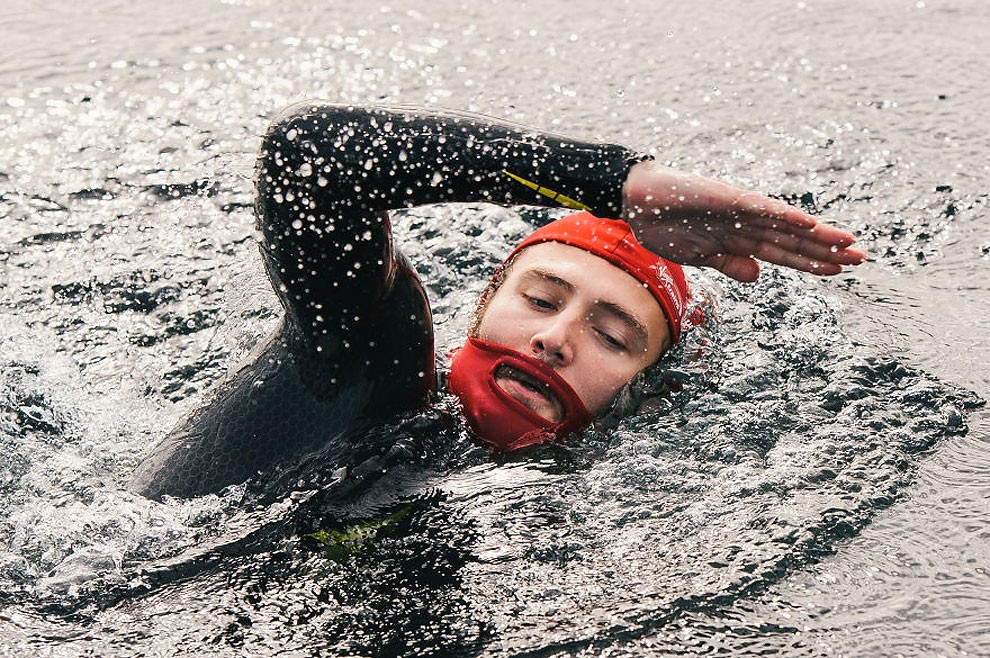 Responding to debates on swimming forums about big beards causing drag, the rail operator and official train partner to the Great North Swim commissioned its own research*. The findings revealed that over one in ten men (12 per cent) connected their beard to slower swim times, and nearly a quarter of men feel their beards hinder their sports performance. This could be because beards are an irritant for some sporting men (11 per cent), a source of discomfort for others (32 per cent) and a distraction for even more (42 per cent). 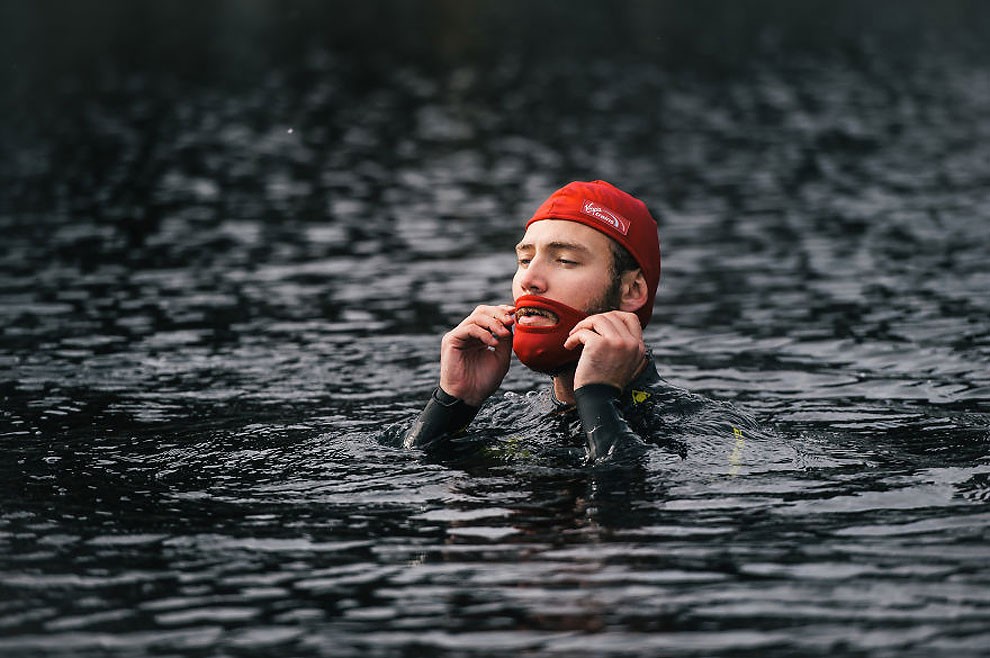 Virgin Trains expects the caps to be snapped up, as nearly half (46 per cent) of British men surveyed are now shunning the clean shaved look for something more hairy, and 22 per cent are opting for a big or thick beard. This is despite many (58 per cent) becoming annoyed with their furry faces.

Adrian Varma, Senior Partnerships and Marketing Manager at Virgin Trains, said: “At Virgin Trains we’re passionate about giving our customers the most awesome experience possible, and this extends to their sporting endeavours as they are travelling to the Great North Swim with us. In addition to the 50 per cent discounted tickets to the event for spectators and competitors, we’re delighted to be offering customers this innovative cap to help them do their best.”

A Dutch Designer Has Created An Underground Fridge That Does Not Use Electricity
Hot EURO 2012 Photoshoot
Portuguese-born Designer Created A Minimal Air Poster Stamps
Eagles Cheerleader Calendar Shoot (Behind the Scenes)
This Guy Takes His Beard To The Next Level, And Even Calls Himself Mr. Incredibeard
Miss Bikini Fitness Vladivostok 2012
An Architect Created a Futuristic Alpine Hotel Concept
Innovative Umbrella That Keeps Your Camera Dry When Shooting In The Rain
Amazing Van Gogh Paintings Re-Created On Matchboxes By Salavat Fidai
Stunning Photos From The British Beard & Moustache Championships In Blackpool
"Will It Beard": This Guy Sticks Random Objects In His Beard. Because Why Not?
Stunning Photos of ‘Star Wars’ Scenes Created with Lego
Lifeguarding Ladies Compete in New Jersey
An Artist Created A Stunning Images Of Inglorious Fruits & Vegetables For French Supermarket Chain
Bizarre Handbags and Fashion Accessories Created from Roadkill
Slope Point Trees: Beauty Created By Force Of Nature
Incredible-Looking Bookshelf Created By A Couple From Australia
Brazil Soccer Calendar by Tim Tadder
A Razor Brand is Trying to Dispel the ‘Sexy Beard’ Myth with Ads Showing Rodents Clinging to Men’s Faces
Rafael Araujo's Magic Drawings Solely Created With Pen And Pencil
Meet The Original 'Shave and Play' Barbie - The Weird and Funny Pandemic 2020 Present
An Artist Has Created A Brilliantly Detailed Manhattan Desk That Glow In The Dark
An Artist Has Created A Glass Sculpture With Detailed Paintings That Can Only Be Seen From Close Up
Innovative Virtual Shop
beard, bearded, created, innovative, nation