How A Dog Should Wear Pants? 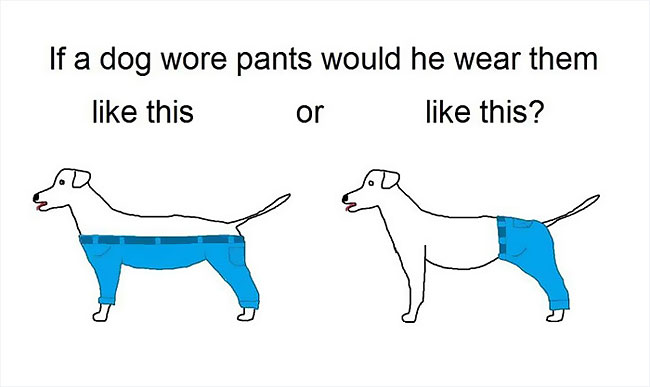 How would a dog wear pants? This twisted question has been plaguing the Internet at least since November, when a Yik Yak user posed the question, and then BuzzFeed polled its readers. Fast-forward to December when FB page Utopian Raspberry user “Norbert” posted a stylized illustration of the same question, which was then re-tweeted by Maxim editor Jared Keller, who went on to interview “Norbert.”

Read the short interview, then see the puzzling picture and Mashable’s take on it, below:

“I created it last night at about 2 or 3 am (it’s 4:30 pm now my time),” Norbert told Maxim. “I saw some dogs wearing pants, and I thought about how they don’t really have arms so their pants should technically go on every leg. I just tried both versions. I honestly didn’t expect it to become so popular,” he added. “I’m just glad people found it entertaining.”

If you already answered this, there are more serious questions in life:

How would a ferret wear a tube top? 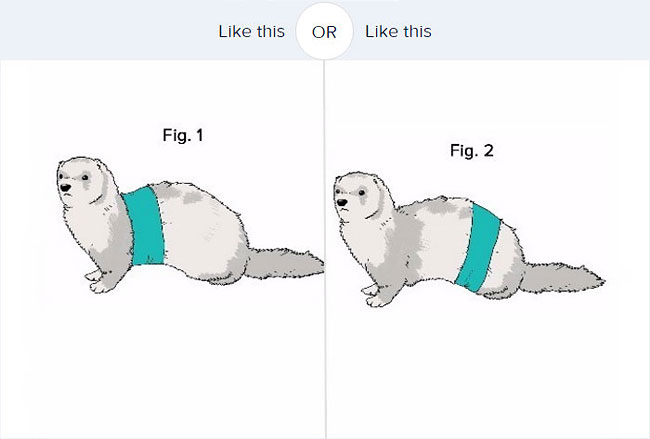 How would an earthworm wear a bra? 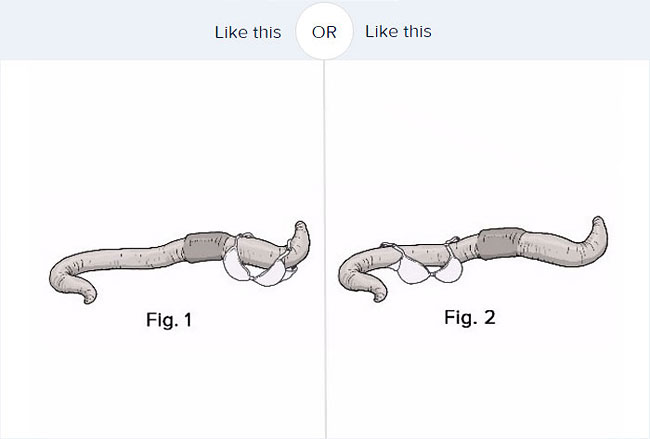 How would a spider wear a monocle? 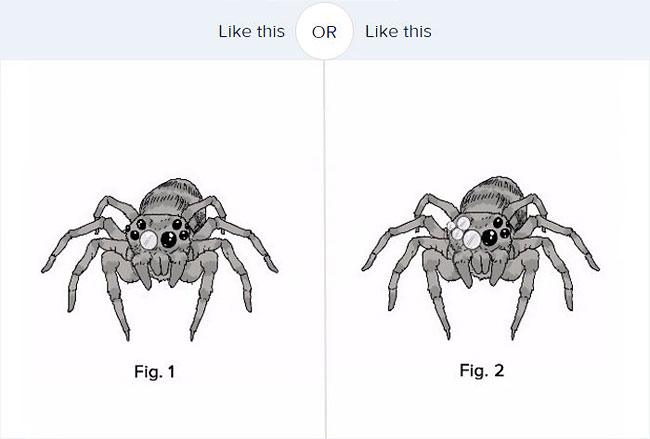 How would a giraffe wear a necktie? 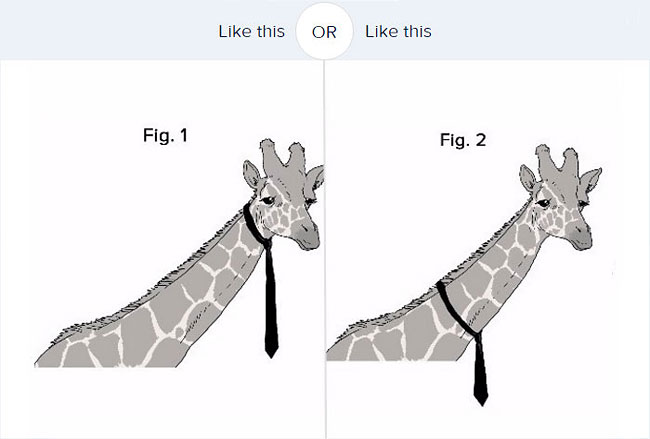 What would an octopus wear? 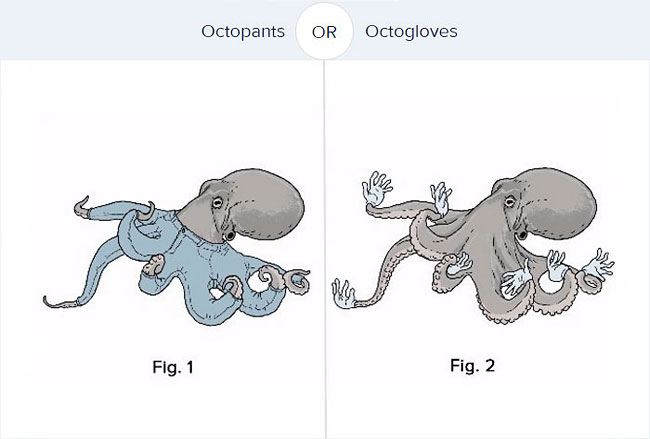 And, the general question is:

How would a man wear them? 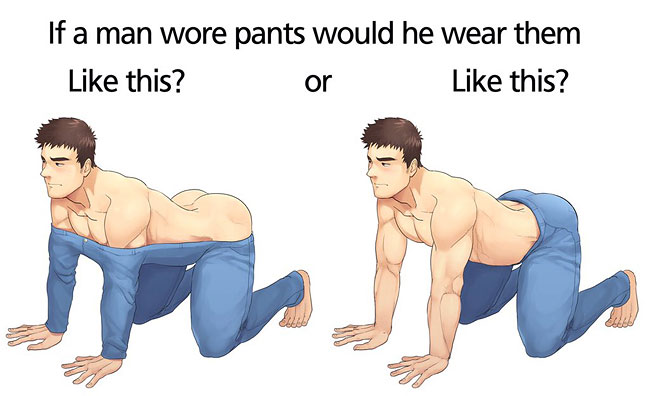 Artist Creates Very Detailed Scary Images And The More You Look, The More Frightening They Become
Colorful Psychedelic Advertisements From Between The 1960s And Early 1970s
"Physiology of the Humanoid": The Digital Surrealism of Frenetik Void
Intimate Murals Revive Abandoned Buildings Around The World
Artist Imagines What Donald Trump Would Do If He Was Born In Russia
Photographer Weronika Gęsicka Takes Corny American Photography And Manipulates It Into Something Surreal And Uncomfortable
"Transgenesis": Giusy Amoroso’s Vivid Digital Imagery Takes Nature to Its Most Beautiful Extremes
Quarantine - Everyone Against The Virus: Brazil Designer Made A Boardgame About Quarantine
Russian Artists Recreate Famous Paintings And Have Much Fun
Artist Isabella Montan Creates Pantone-Inspired Pop Culture Graphics
12 Best Exercises To Do At Your Desk
The Sensual Female Warriors In Cool Art Works By Yona Saura
Creative photos by shmilebliK
Cartoonist's Unique Take On Modern Life Will Leave You Asking For More
Adorable 1970s Valentine's Day Cards Featuring The McDonaldland Characters
Artist Illustrates How Our Favorite Characters Have Changed In Adorable Illustrations
A Millennial’s Guide To Cocktails
These Images Beautifully Explain Why Reproductive Justice Affects All Of Us
Artist Illustrated 30 Mermaids For Two Years And Here Is The Eerie Yet Whimsical Result
Marilyn Monroe Fronts Sexy Hair Campaign
Brazilian Model Paola Antonini Inspires Fans On Instagram After Losing Leg In Car Crash
Translating Emotions and Memories into Digital Artworks
Minions Taking Over Famous Places All Around The World
This Artist Illustrates His Sweet Childhood Memories So Well The Results May Move You To Tears
pants, should