An Artist Made Stunning Illustrations About Modern Society 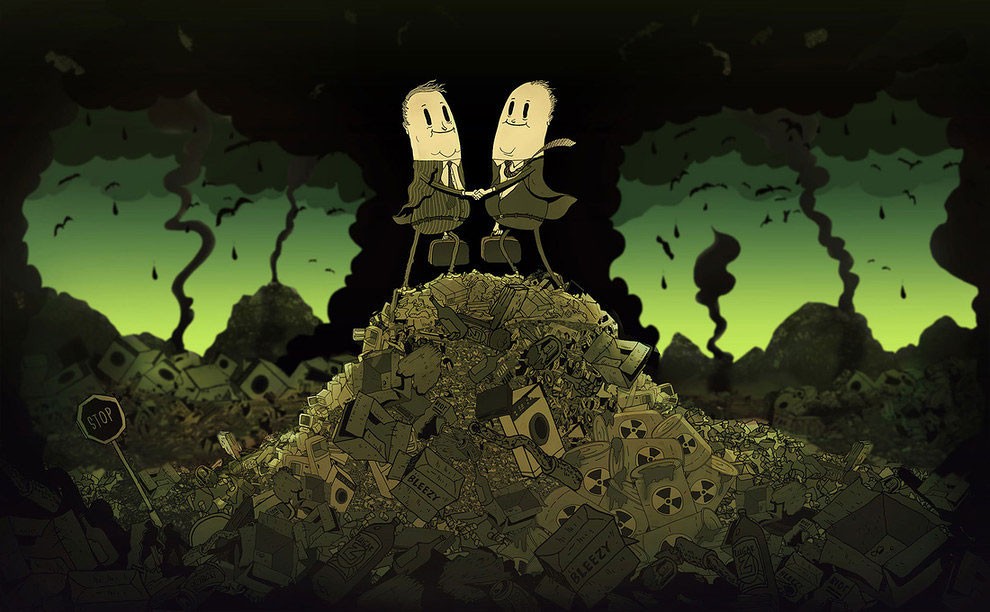 Artist Steve Cutts is an illustrator and animator based in London. 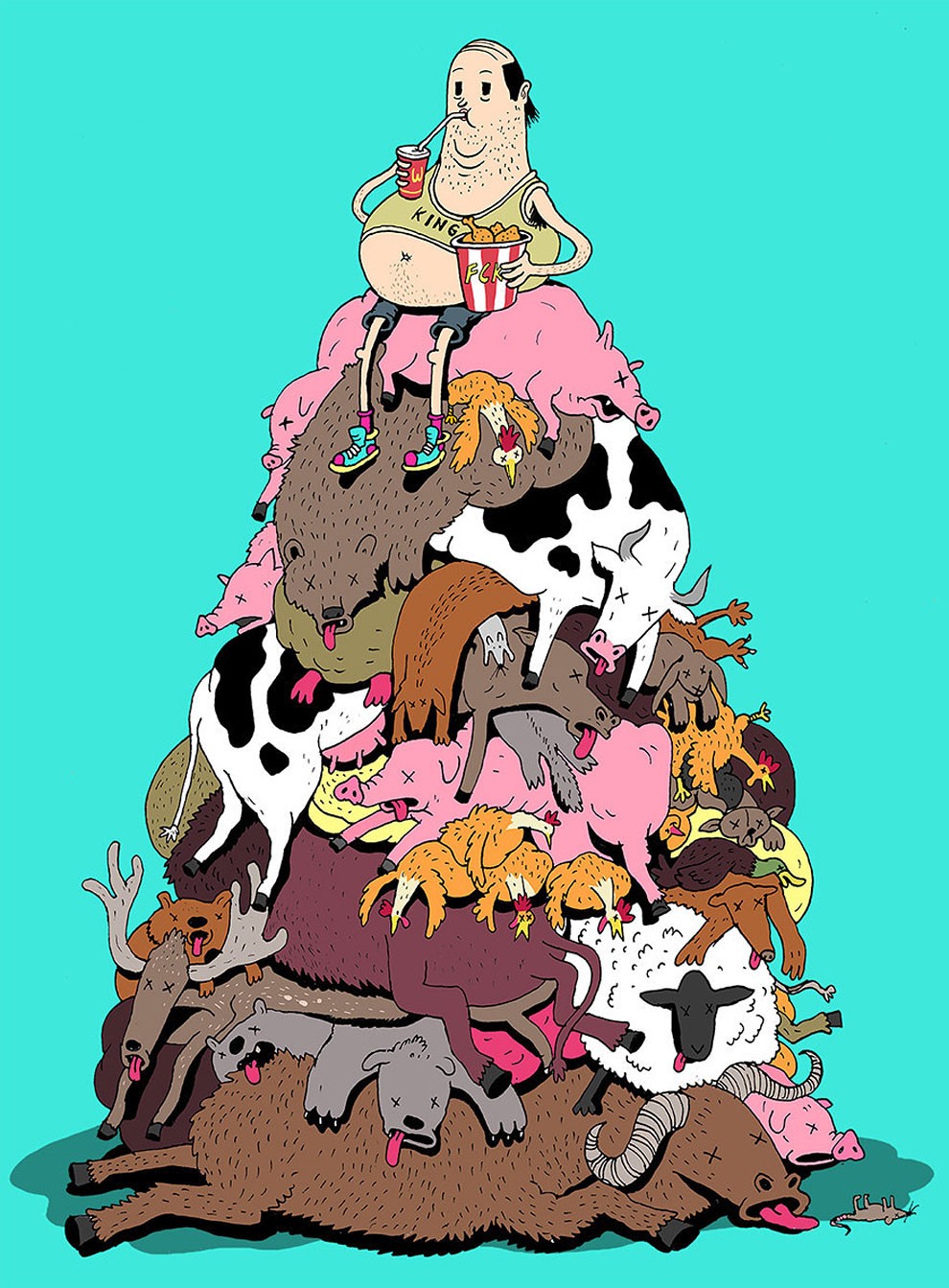 Cutts used to work for a number of businesses and brands, but stopped in 2012 so he could pursue freelance work. 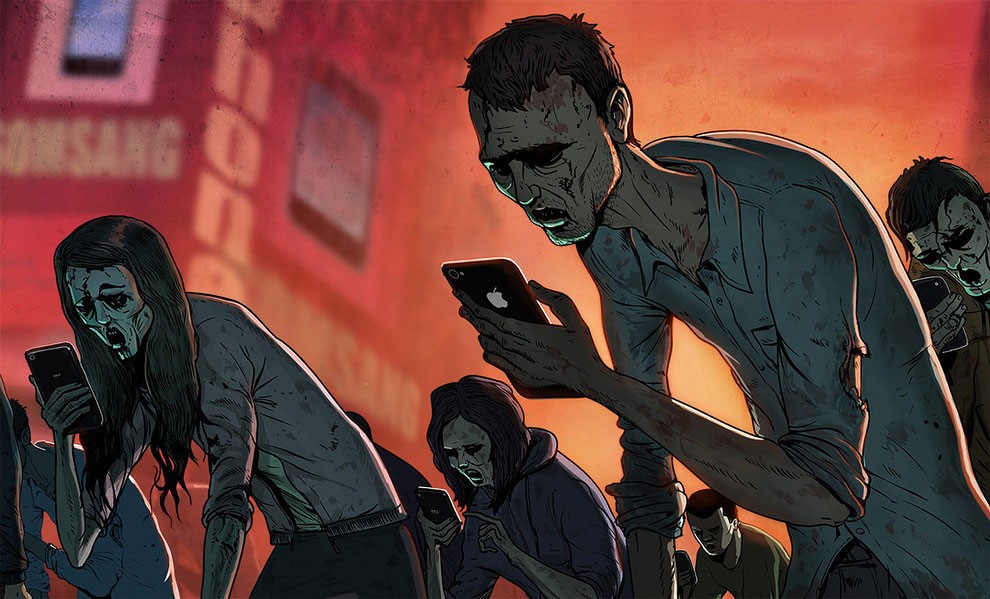 Recently, Cutts’ illustrations have veered toward topical satire and garnered a lot of attention. 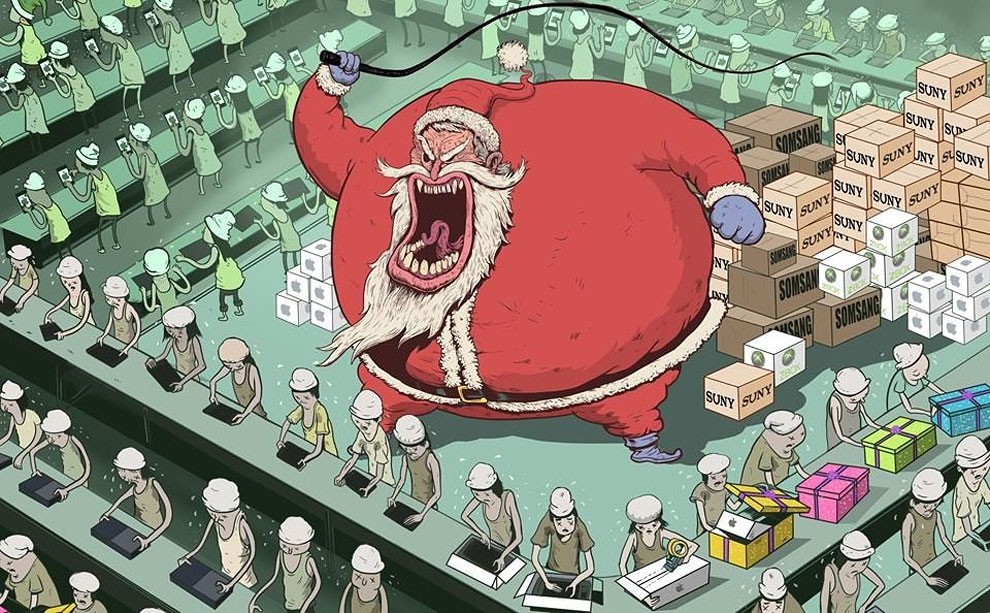 He told BuzzFeed about the nature of his current work. “Society is in a strange place right now, and traditionally it has always been one of the roles of an artist to comment on the times he or she lives in.” 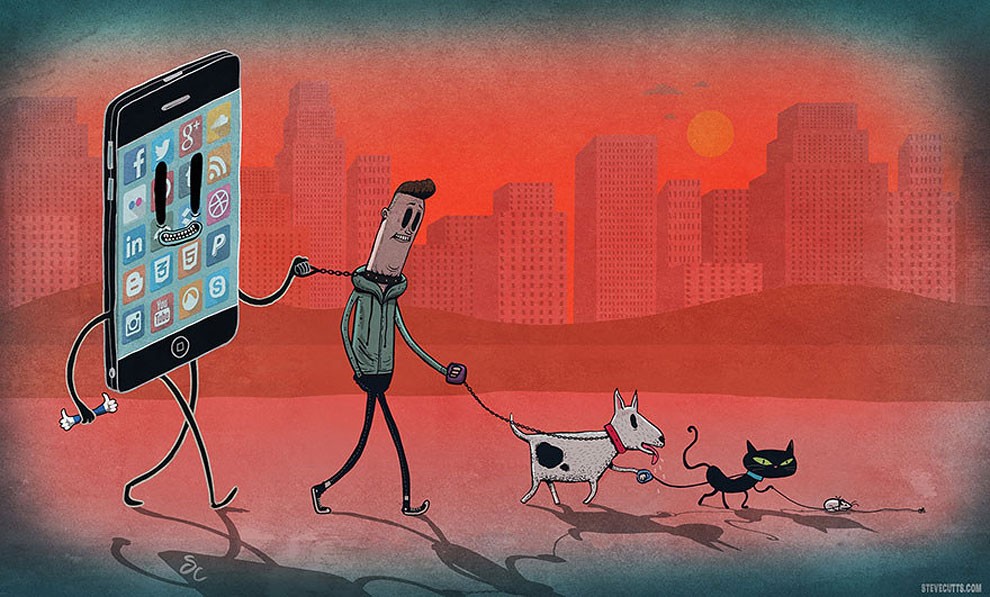 “For me, it’s about connecting things you wouldn’t immediately associate with each other, rearranging them in an ironic way to convey a message.” 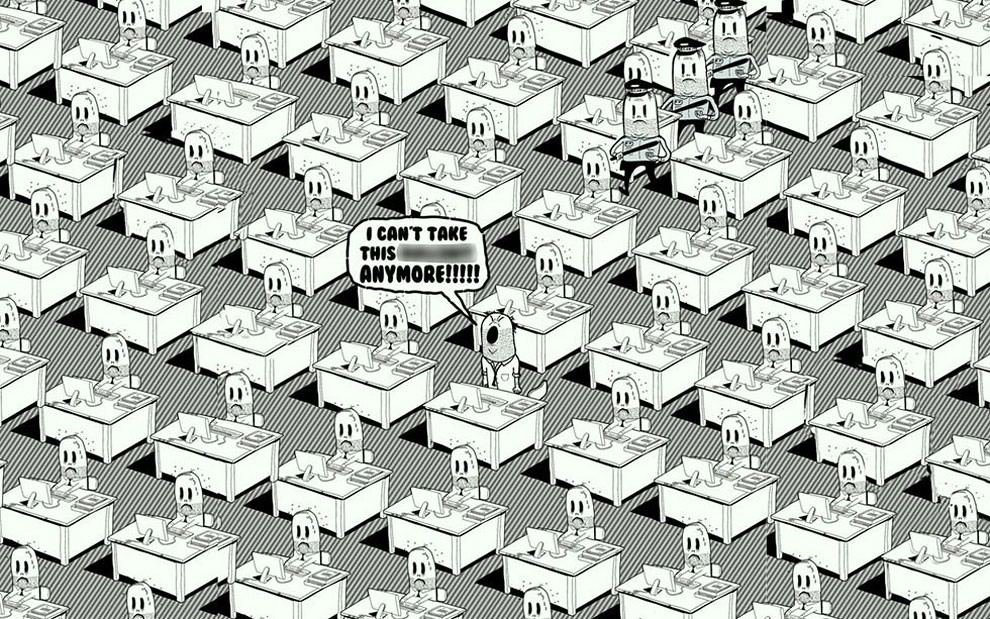 He says his style takes inspiration from cartoons of the ’30s and ’40s, as well as modern comic books and graphic novels. 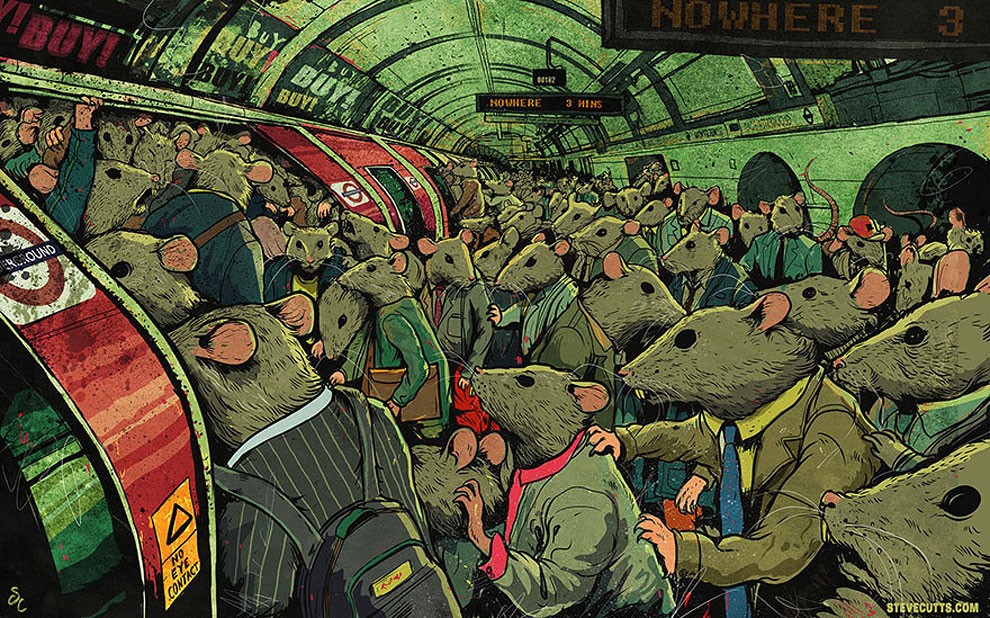 Each piece takes him around a week to make, and several versions of each piece exist. 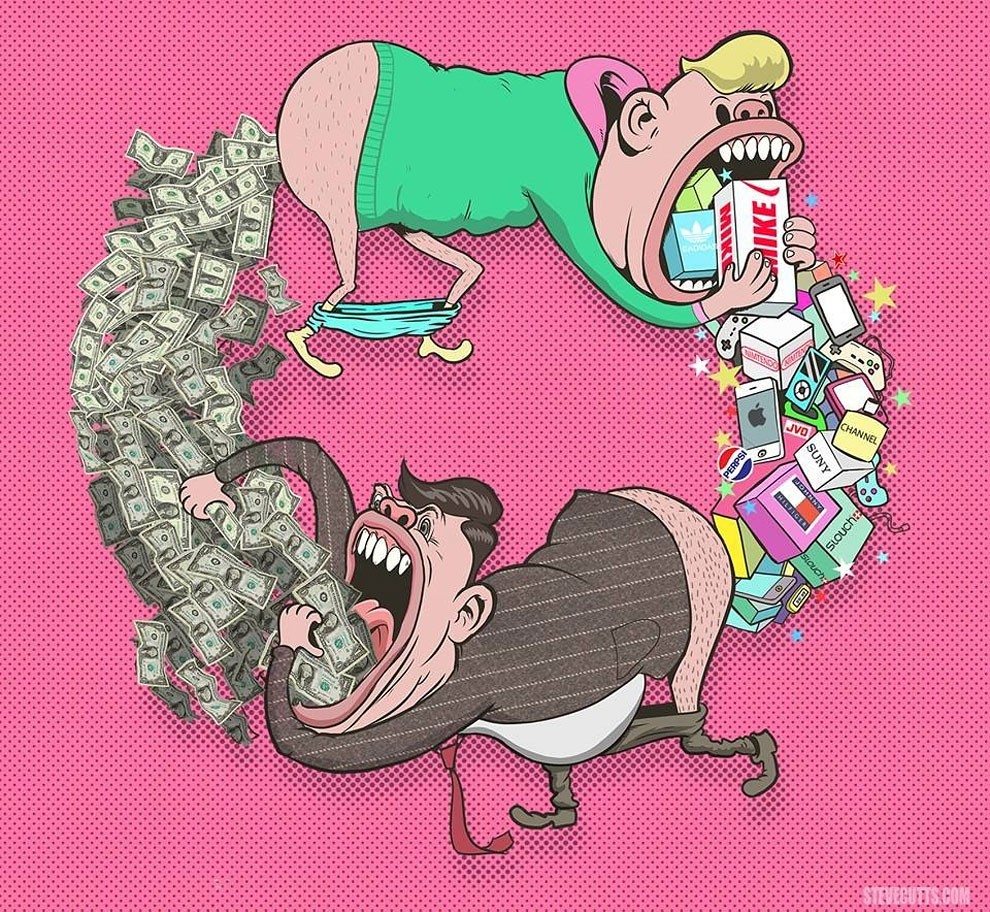 He takes whichever one stands out the most, and chooses it as the finished product. 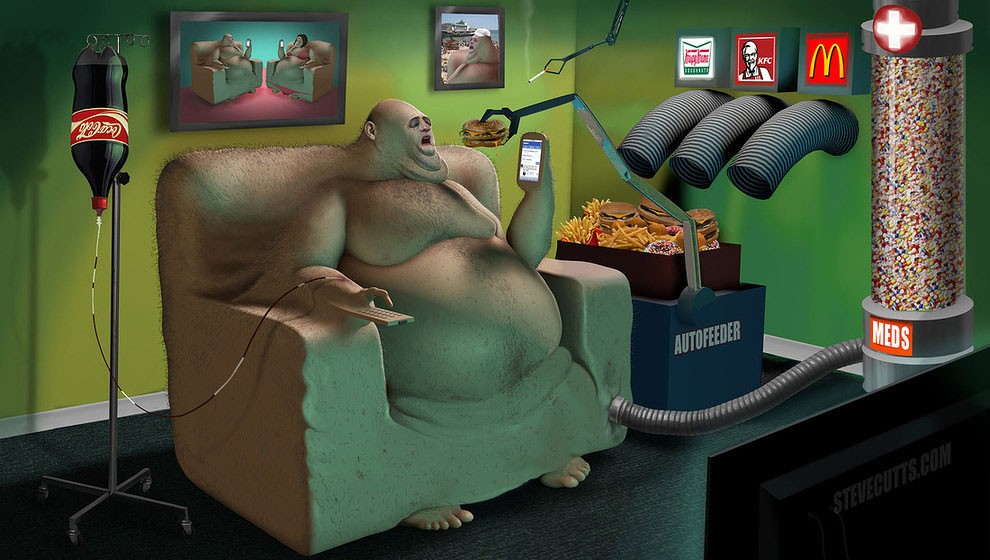 Some of his work features related titles, like this one called “Evolution.” 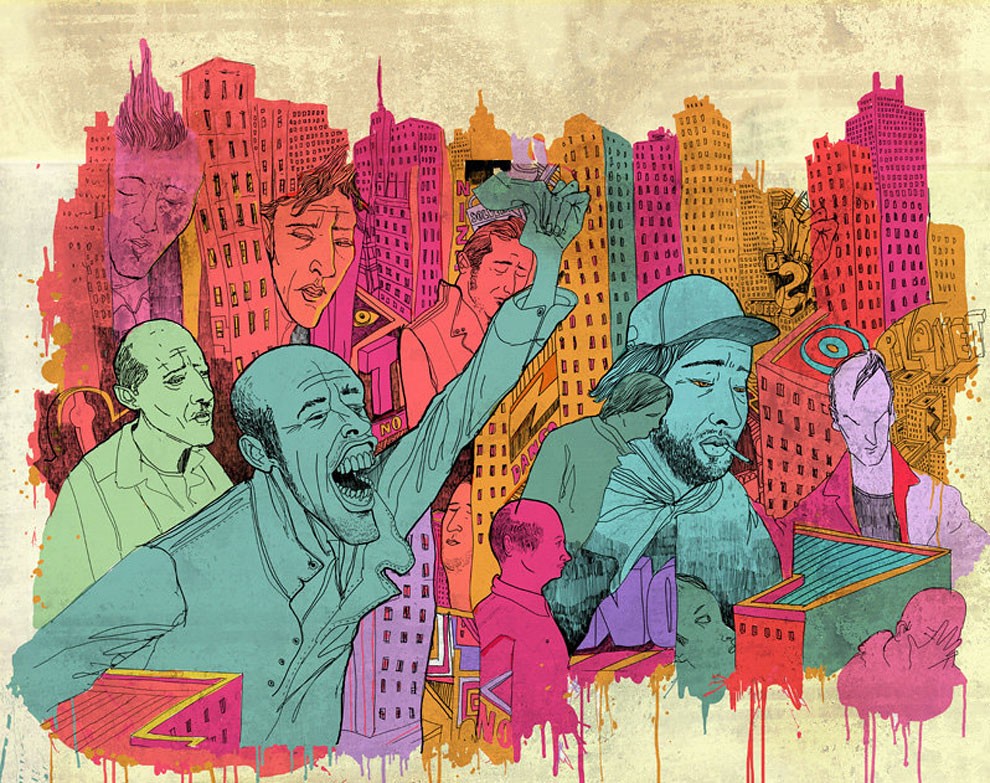 While others are stand-alone works and open to interpretation. 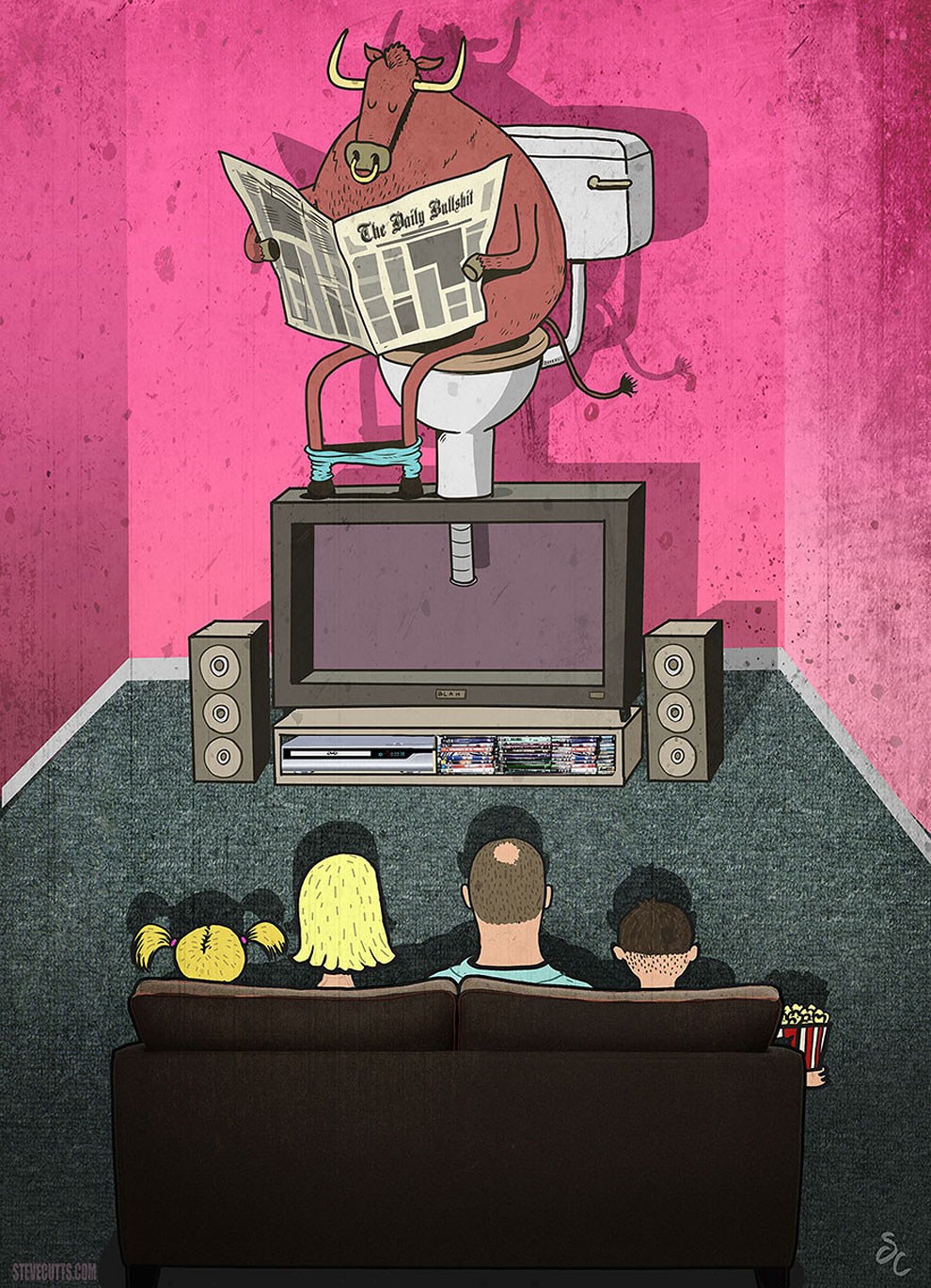 Cutts says he’s received strong reactions to his pieces. “I’m absolutely stoked with the reaction my work has got so far. I never know how my work is going to be received, so of course it’s great to have such a fantastic response!” 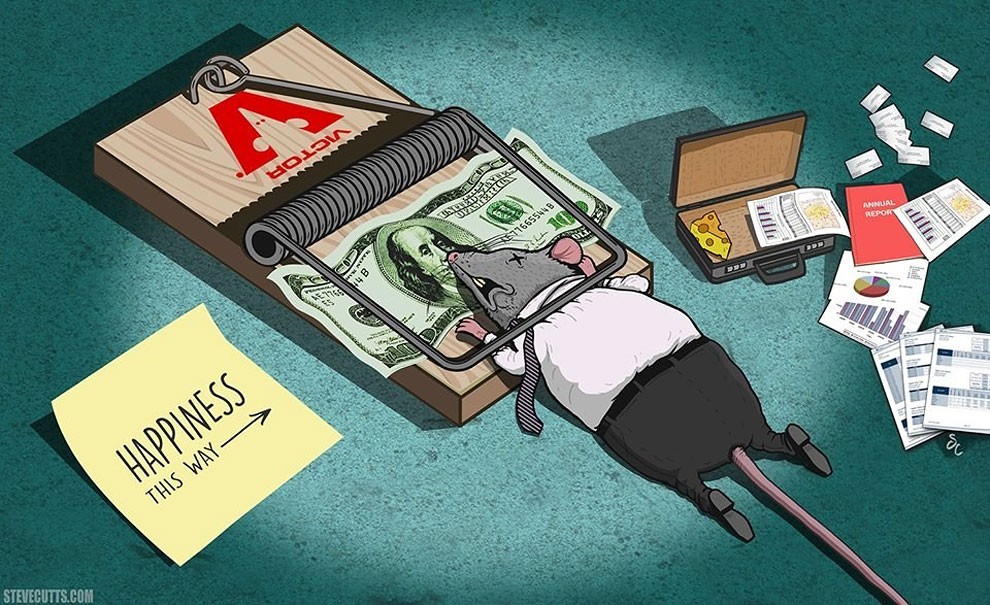 He added that the point he tries to get across is simple. “I try to make work which looks at the bigger picture, whilst also hopefully making a few people laugh along the way.”

An Artist Made A Colorful Floor Installations Inspired By The Optical Illusions
For 32 Years, This Japanese Chef Has Been Making a Painting of Every Single Meal He Eats
Ugly Renaissance Babies
Geeky And Adorable Silhouettes By Andy Fairhurst Make You Go Awww
"Not Longer Life": 6 Classic Painting Reinterpretations That Reflect On Consumer Society
If Famous Faces From Classical Paintings Discovered Selfies
Life in a Notebook: This Prague-Based Artist Draws Interactive Illustrations Using Everyday Objects
These Ancient Greek and Roman Art Tattoos are Amazing
This Is What Disney Princesses Would Look Like As Pin Up Girls
"Nothing Stands Obscured": The Superb Dark And Atmospheric Cinematic Artworks By Alexander Mandradjiev
"Journey to the East": The Superb Concept Art Works by Dom Lay
Artist Imagines What Donald Trump Would Do If He Was Born In Russia
Simpsons Illustrator Imagines What Animals Would Do On Halloween
Artist Jung Lee Constructed A Series Of Neon Light Sculptures That Were Installed Against Cinematic Landscapes
See The Stunning Shots That Won This Year’s Dronestagram Competition
"We Do Lockdown": A Razor-Sharp Satire of COVID-19 Lockdown Life Packed Full of Parodies of Vintage Illustrations by Miriam Elia
'The Collectivity Project' by Olafur Eliasson
Mom Prepares Healthy Meals As Cartoon Characters For Her Son
Post COVID-19 Signage For The Design-Conscious Workplace
An Artist Creates Stunning Portraits By Combining Photos Of Celebrities
"Dead By Daylight": Eerie Futuristic Digital Art By Cristian Chierici
Artist Creates Impressive Sculptures From Marble That Look Surprisingly Light
Artist Illustrates The Most Famous Funny Cat Memes In Her Watercatlor Series
Creative Employees Transform Their Office with 'Star Wars' Murals Made of 3,597 Post-Its
about, artist, illustrations, modern, society, stunning