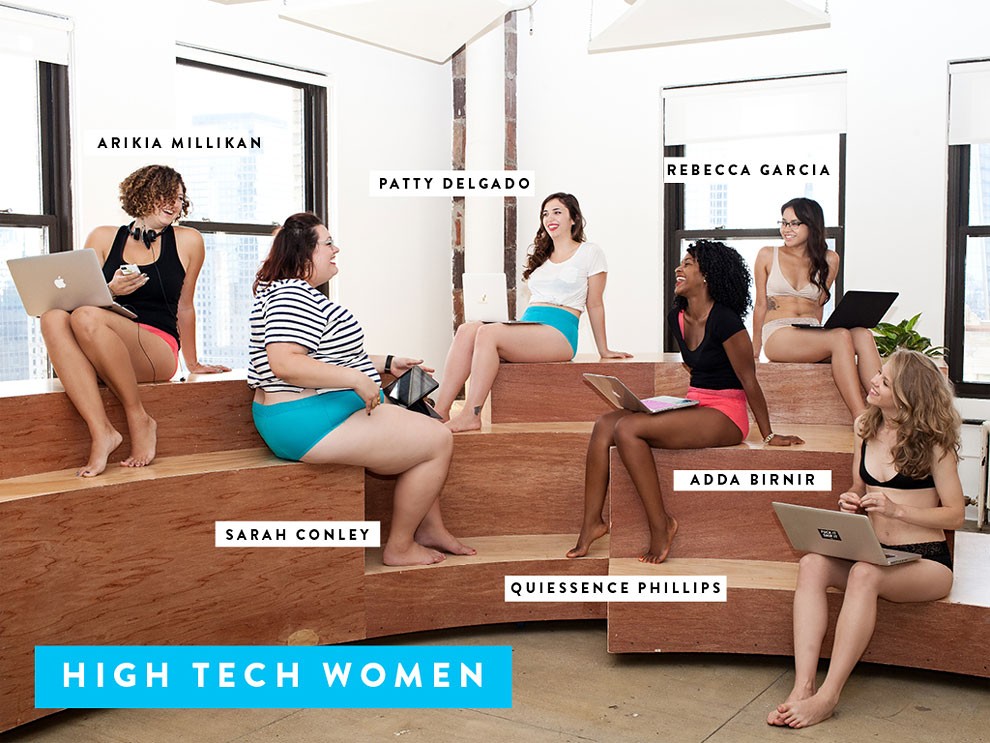 With its brand-new Ada Collection — named after Ada Lovelace, the world’s first computer programmer—underwear company Dear Kate is taking a rather non-traditional approach to advertising. 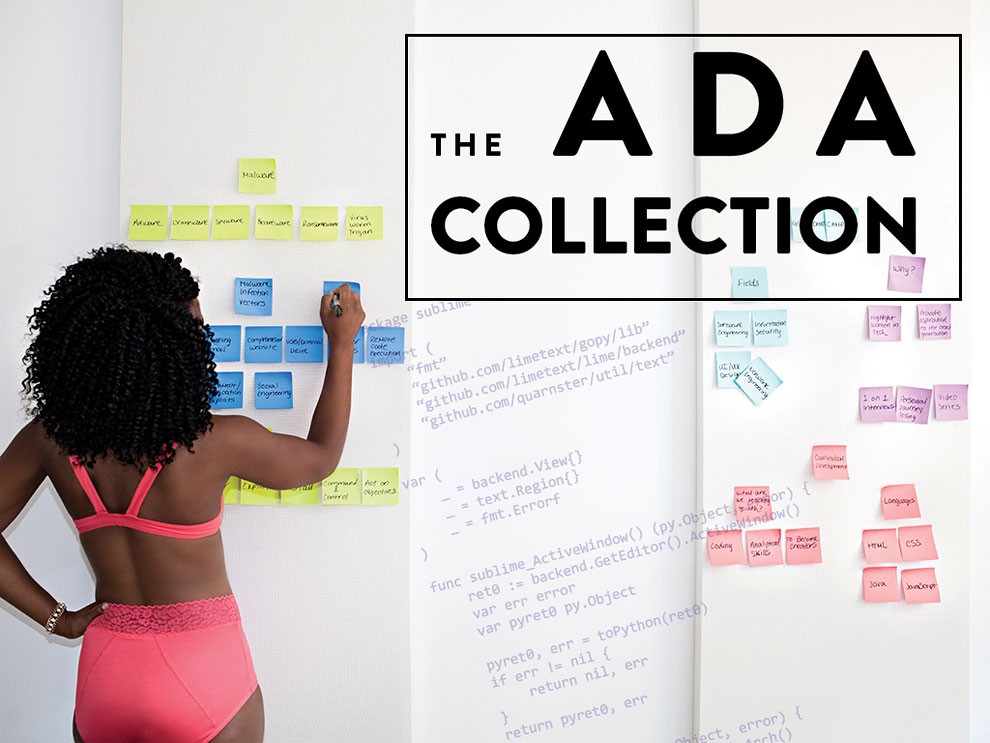 The lookbook for the lingerie line shows six prominent women in tech posing with computers and coding while undressed down to their underwear. 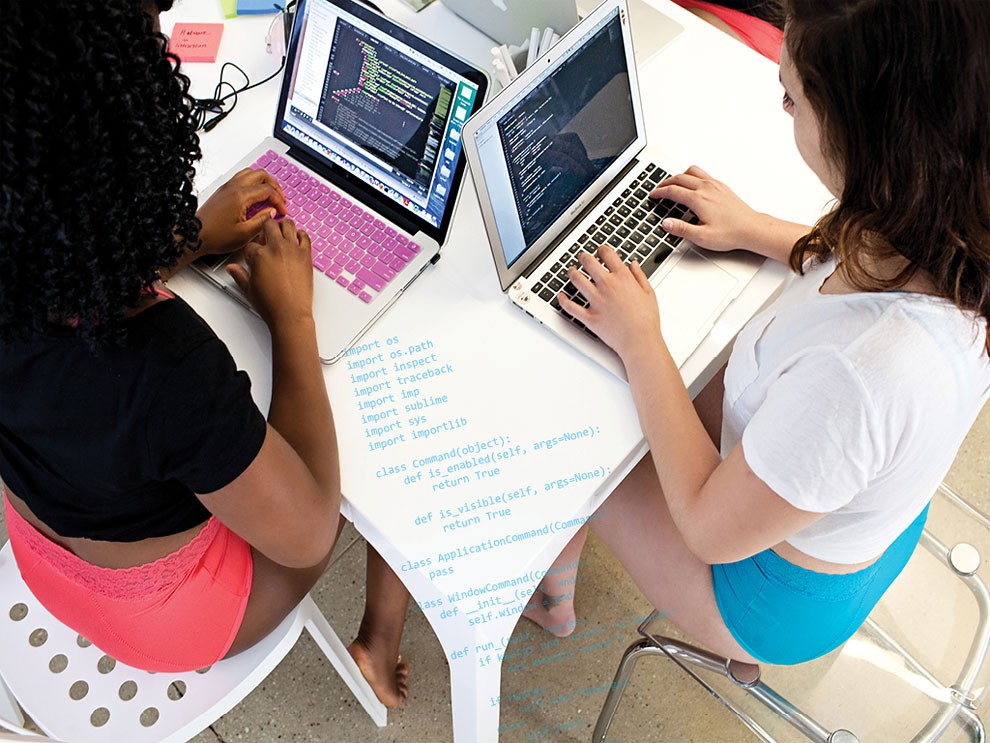 The photos are meant to be empowering, complete with quotes from the women about their roles in the tech industry. 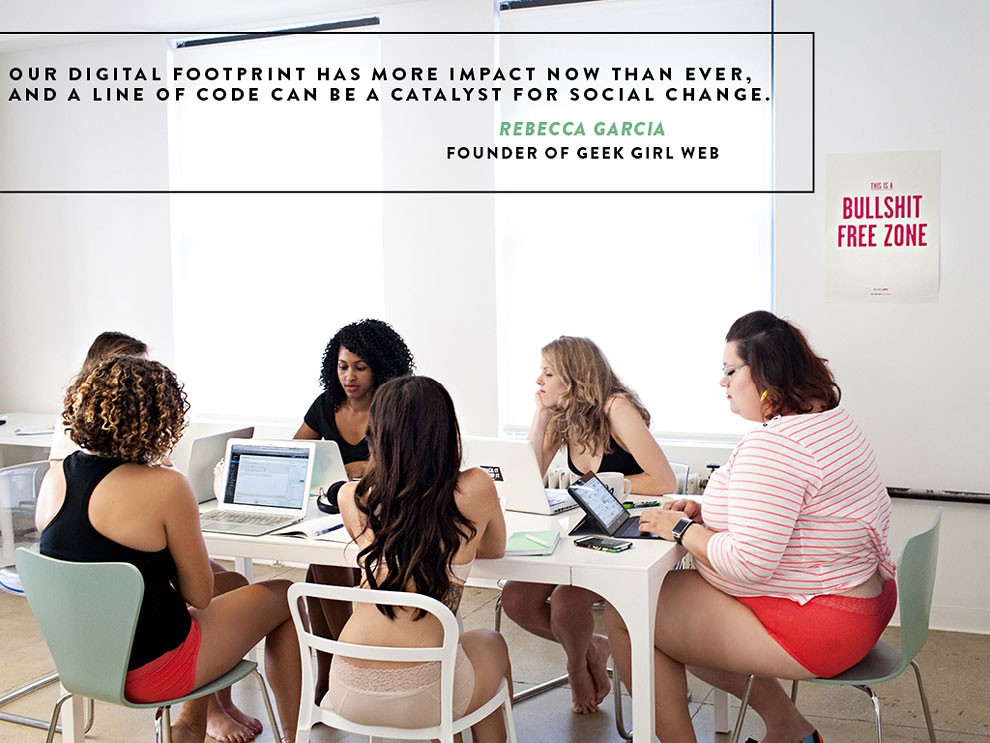 “I think a lot of traditional lingerie photo shoots depict women as simply standing there looking sexy. They’re not always in a position of power and control,” Sygiel said to Time. “In our photo shoots it’s important to portray women who are active and ambitious. They’re not just standing around waiting for things to happen.” 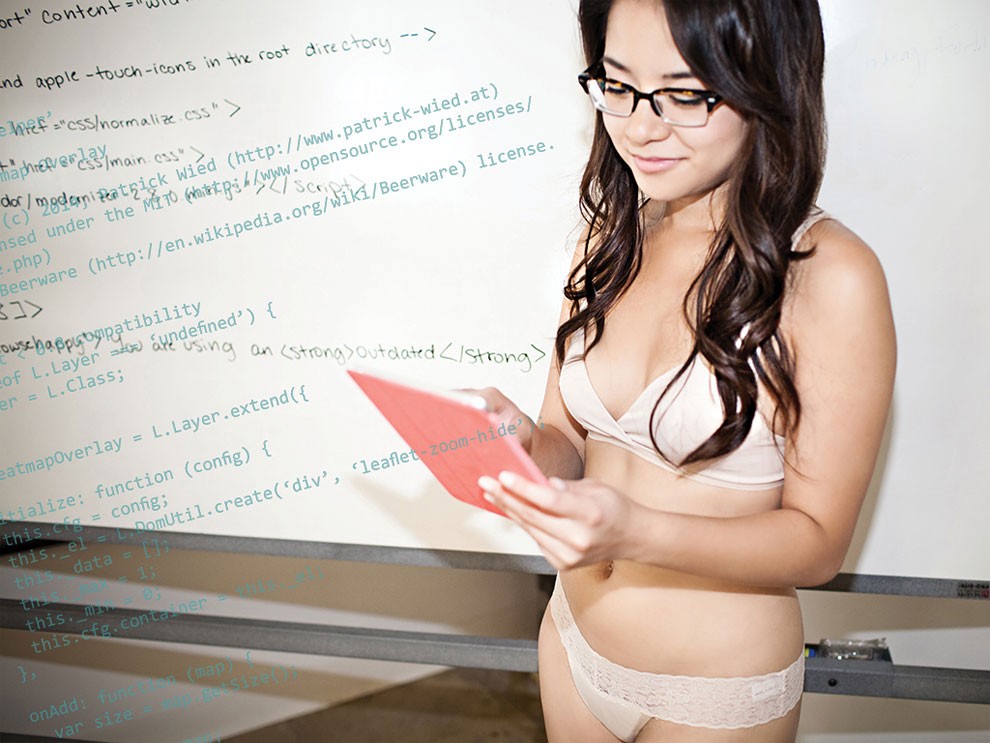 But some people have found the campaign offensive, with feminists arguing that the photos place emphasis on looks in an industry that is already fraught with sexual abuse and misogyny.

“Posing in your underwear undermines the message that you aim to be taken seriously as a technologist,” Elissa Shevinsky, CEO of Glimpse Labs, said to Time. 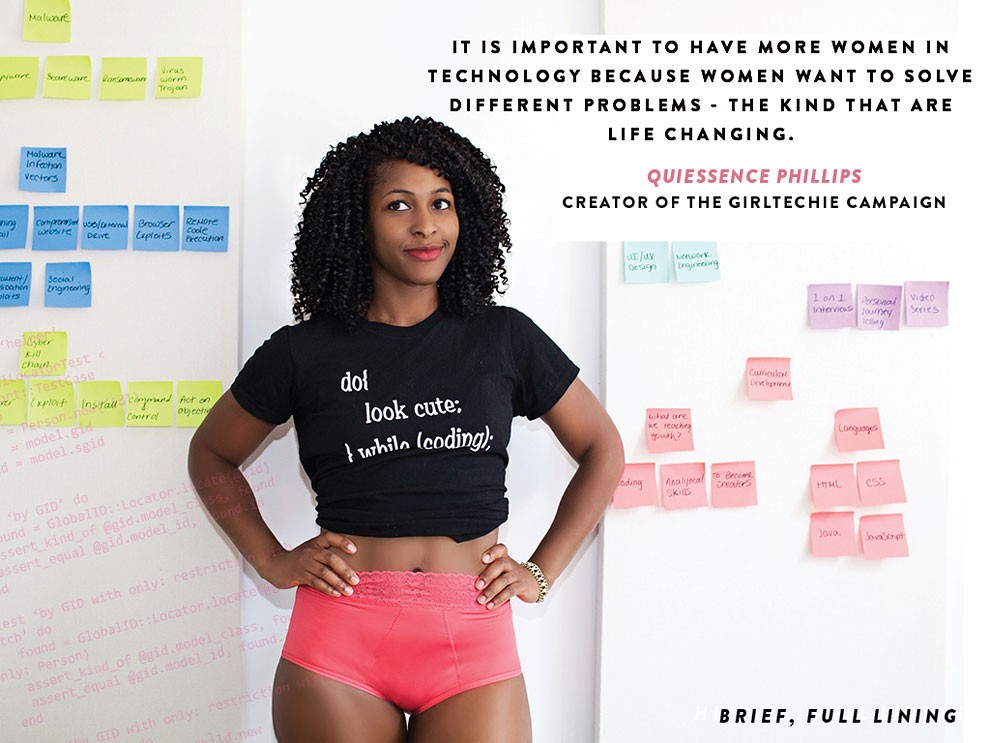 On the other hand, Skillcrush cofounder and CEO Adda Birnir said she didn’t think twice when Dear Kate asked her to participate in the photo shoot.

“I think it’s an amazing company that has a truly integrated, feminist point of view, and I wanted to help support them in everything they do,” Birnir said to Business Insider. 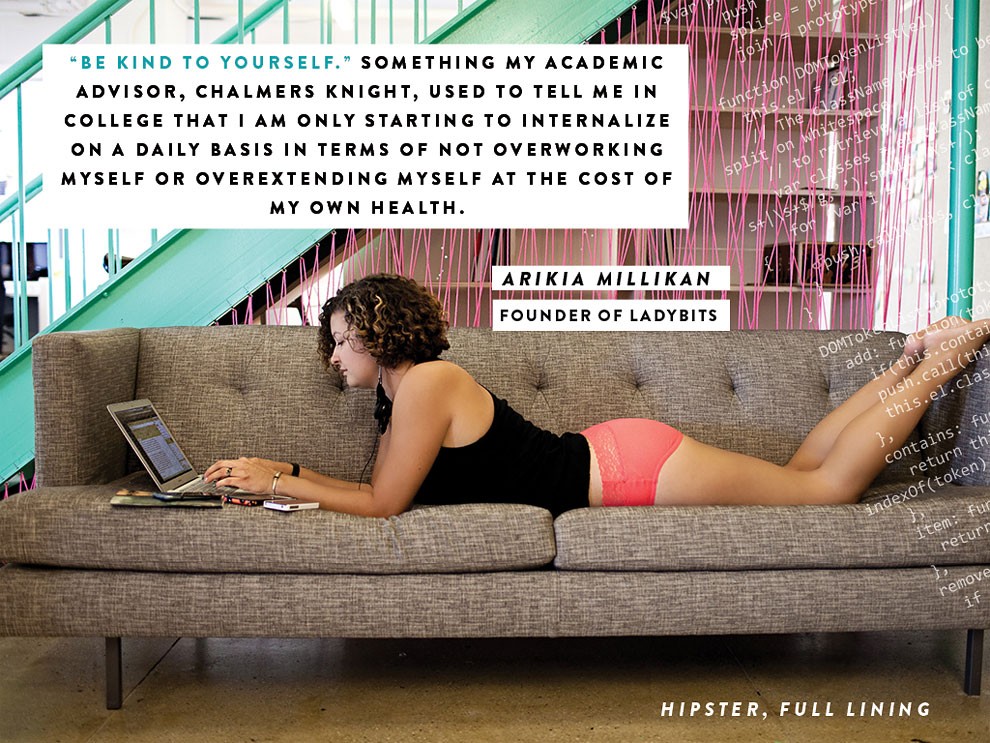 She calls the controversy interesting and surprising, adding that it creates a conversation that is important to have. 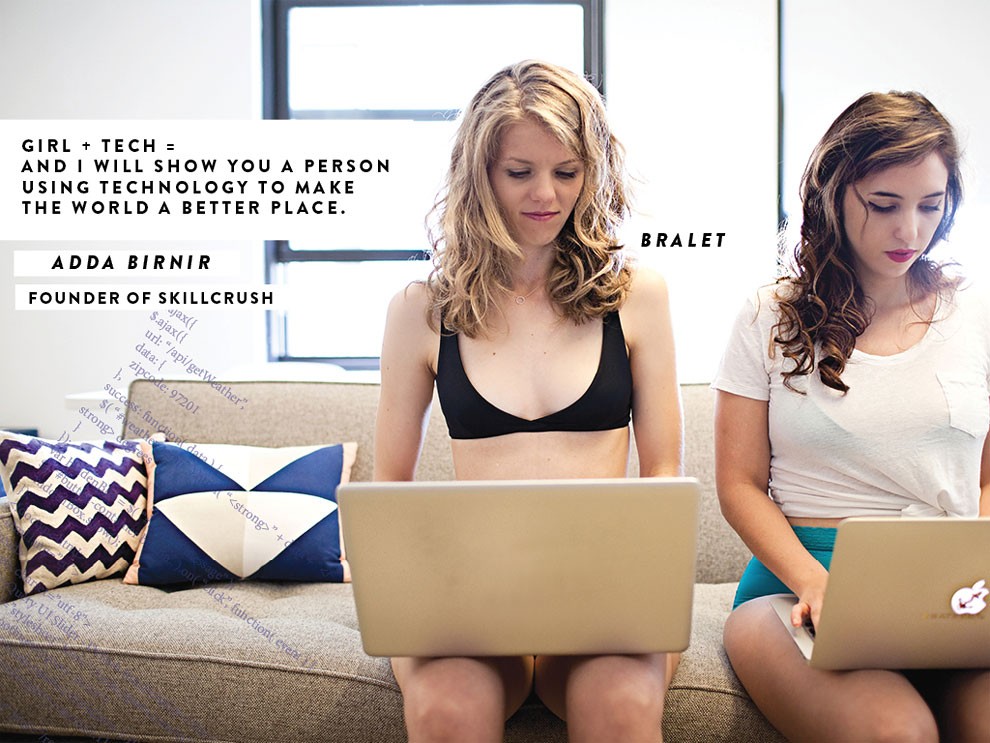 Rebecca Garcia, founder of GeekGirlWeb, didn’t expect the shoot to be so controversial.

“I think highlighting women and their careers, their background stories like Dear Kate has done is important for women to see others like themselves that they can relate to,” she said to Business Insider. “It’s body positive and inspiring and I’m excited to be a part of the lookbook.” 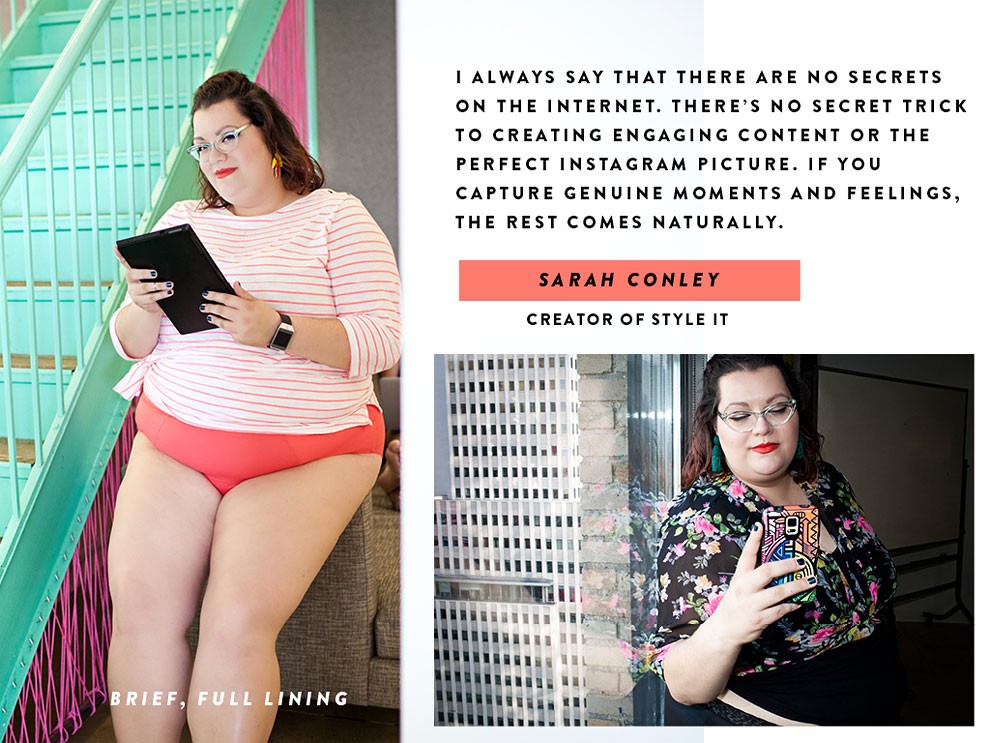 “I’m friends and acquaintances with several women who have been affected by sexism in tech,” she said. “I have faced discrimination, ageism, not being taken seriously as a programmer, and I think this shoot helps to normalize the idea that women can be comfortable in their own skin and be in technology.” 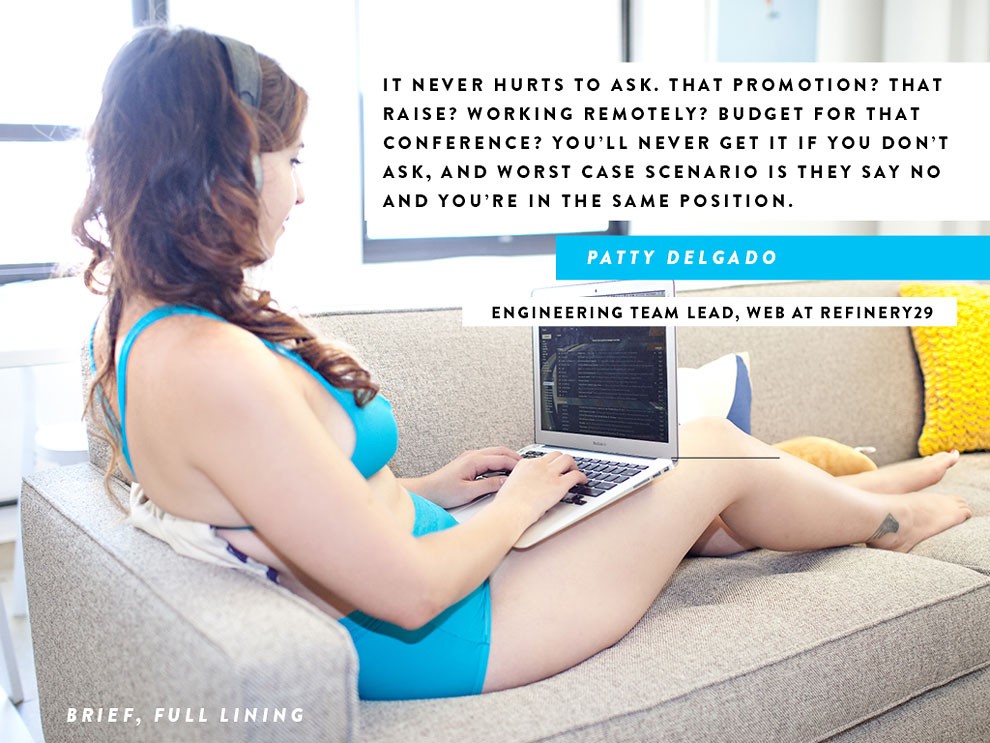 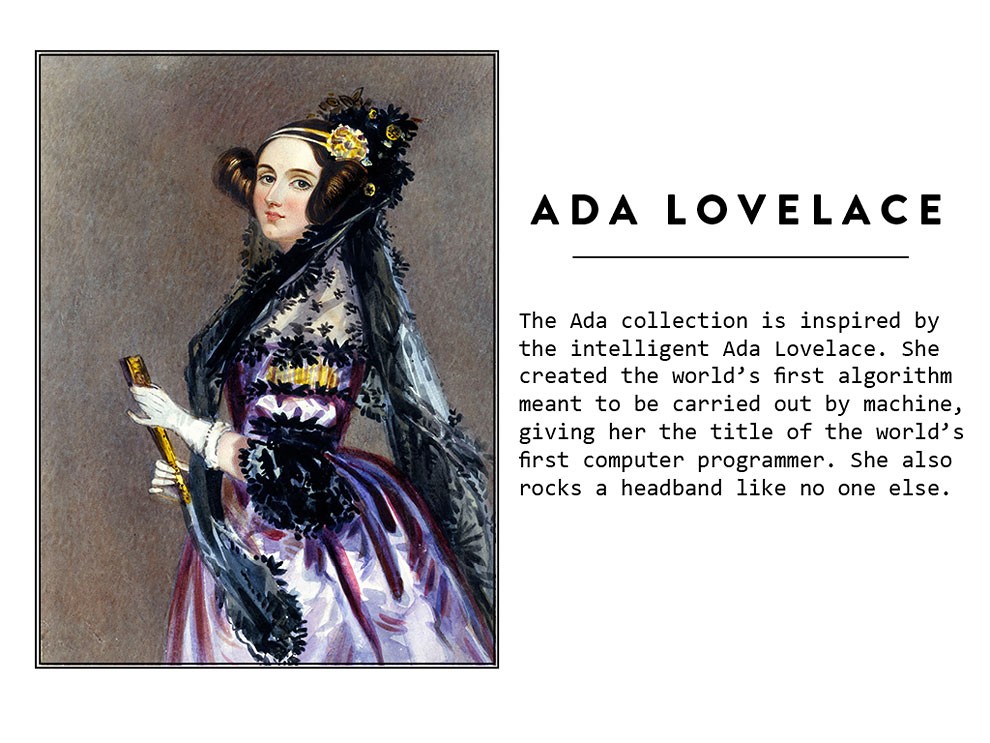 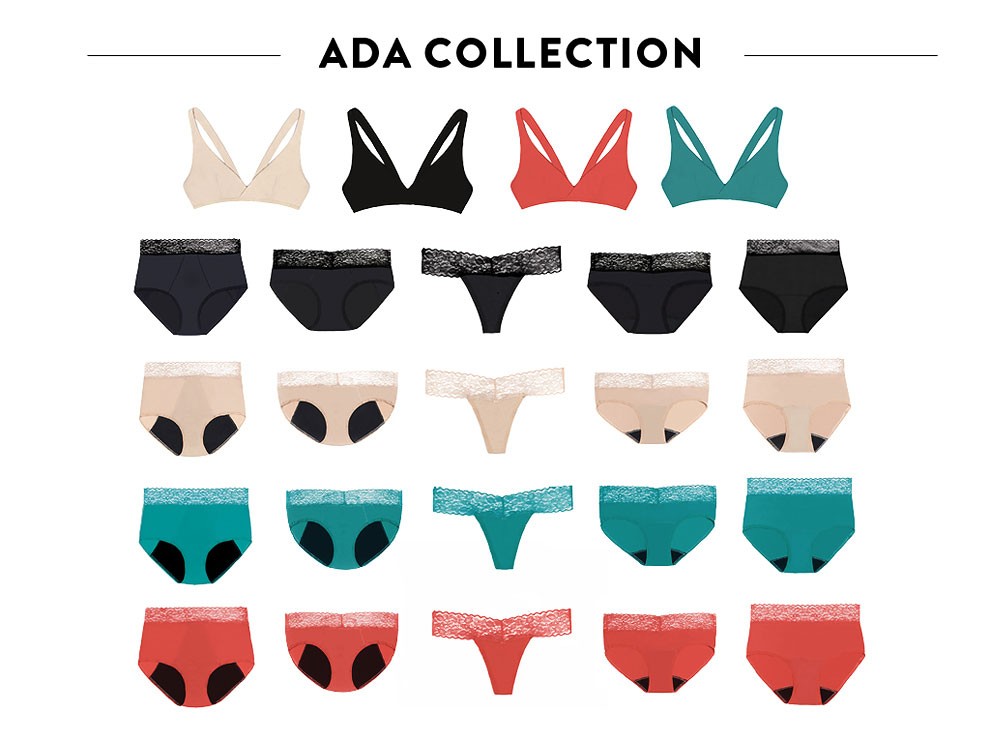 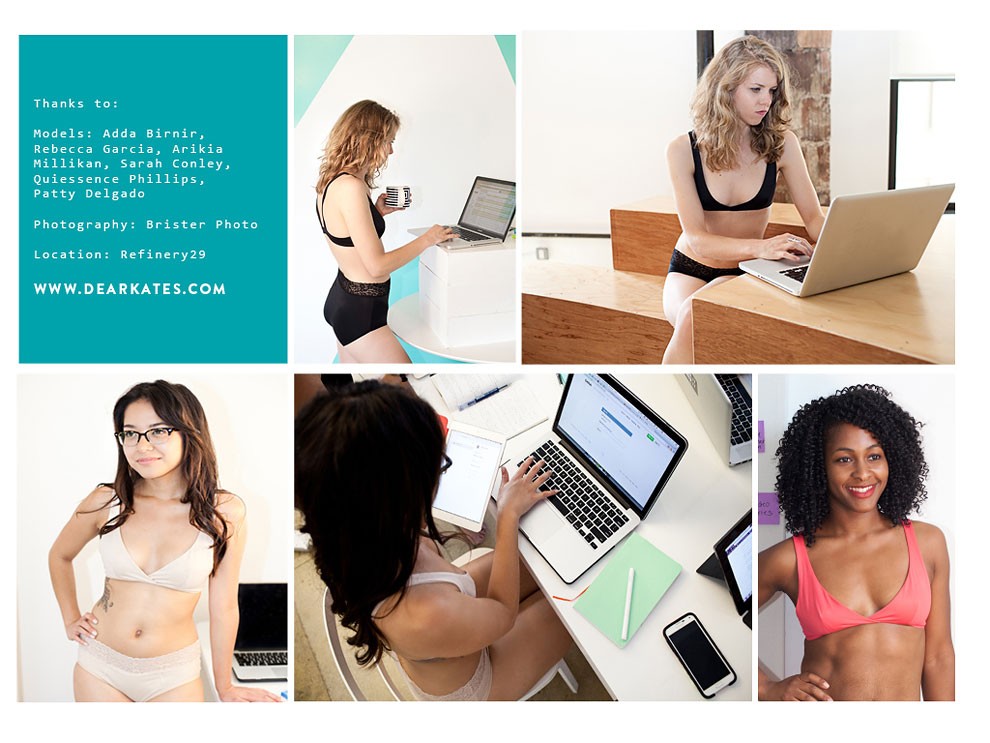 Futuristic and Retro, Hyundai Transforms First-Generation 1975 Pony with Electric Powertrain
The World's Most Expensive Parking Lot is in the Middle of the Ocean
Russian Photographer Exposed That Social Networks Map You For Facial Recognition
Concepts From Future Past: 1970 Ferrari Modulo 512
This Is A 1987 Lamborghini Countach 5000 QV By Bertone
Back In 1980, Citröen Had A Somewhat Amusing Idea Of The Future
Punkt. DP 01 Cordless Phone
Unique. Electric. Aesthetic. Minimalistic. An American Company Has Created a Very Beautiful Retro-Style Electric Car
Fantastic Chromatic Typewriter
Inside Facebook’s Data Center Near the Arctic Circle
Military Dads Have Tea With Their Daughters In Touching Photo Series
1955 Ford “Beatnik” Bubbletop: This Bubble-Roofed Custom Ford Is Strange And Wonderful!
Artist Creates Sensual Portraits Characterised By The Female Presence Of Empowering Women
3D-Printed Paintings Let The Blind “See” Famous Art For The First Time
Engineer Grandfather Turns His Backyard Into An Amusement Park For His Grandkids
Do Droids Dream of Electric Sheep?
Two Starving Dogs Left to Die Saved by Police. Their Transformation will Amaze You.
These Stunning Underwater Paintings By Isabel Emrich Will Take Your Breath Away
The Subversive, Queer and Iconic Covers to Films & Filming Magazine 1970-81
This Badass All-Black Superyacht Is Fit For James Bond
The Father’s Nursing Assistant: Japanese Device Allows Fathers To Breastfeed Their Babies
When You Use Face Swap App On Your Tattoo…
Shadow Photos of Dogs Reveal Their 'Primal Nature'
China's 'Jade Rabbit' Rover Lands on Moon - First Photos
coding, controversial, female, founders, shows, their