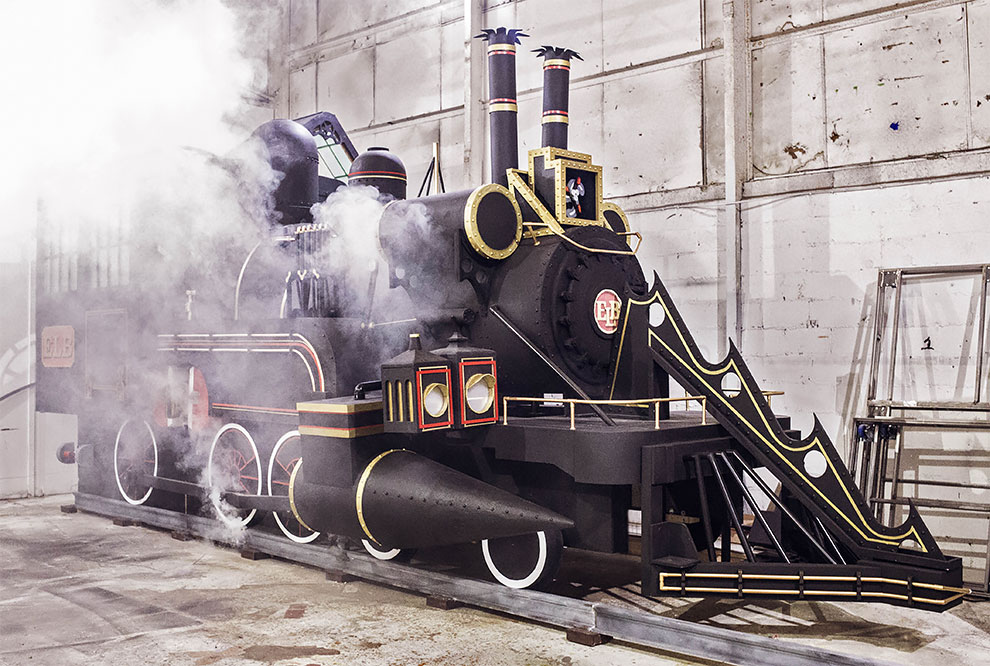 Mike Hutchinson, 43, and Ian Robinson, 49, spent five months on their epic recreation. Mike, who is from Bingley, West Yorks, and Ian, who is a prop builder, was influenced by 90s nostalgia. Mike, who is a mortgage advisor, and Ian, from Harrogate, Yorks, have lost count of the number of times they’ve watched Back to the Future 3. 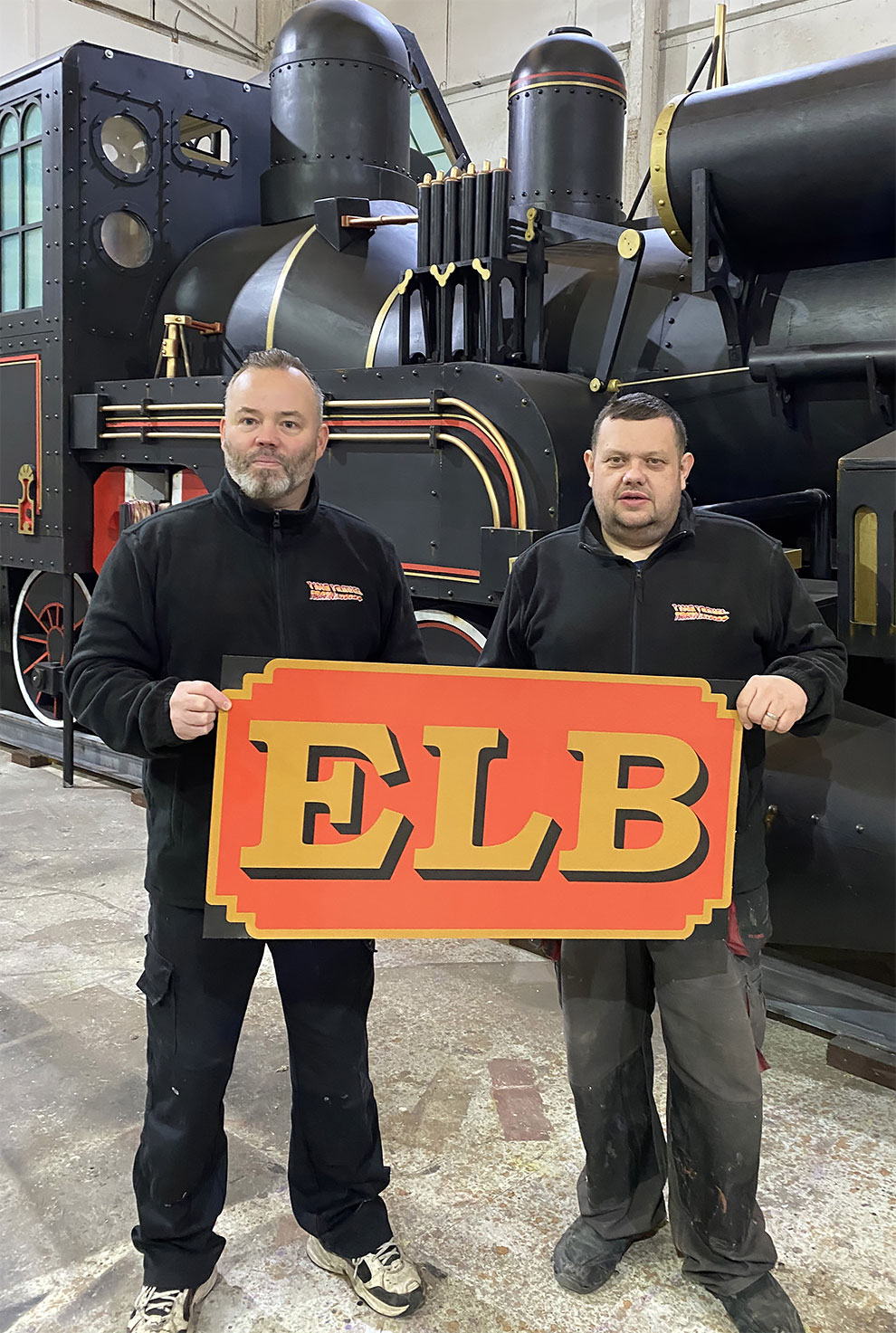 They went above and beyond to ensure the 30ft train looks like the real deal and spent in excess of £30,000 ($41,000). Mike said: “We have both been fans of the films and prop collectors for years.

“Last year, I asked, if I had ever thought of building the train. At that point, I simply laughed off the idea. Coincidentally Ian, who works as a prop builder and I reconnected and we discussed the idea of building the train. You could say we were lucky, as both of our work had dried out due to the pandemic, so we had time to plan and build when restrictions allowed. We researched from watching the film numerous times. We also obtained never before seen pictures from the prop masters and special effect teams from the actual film.” 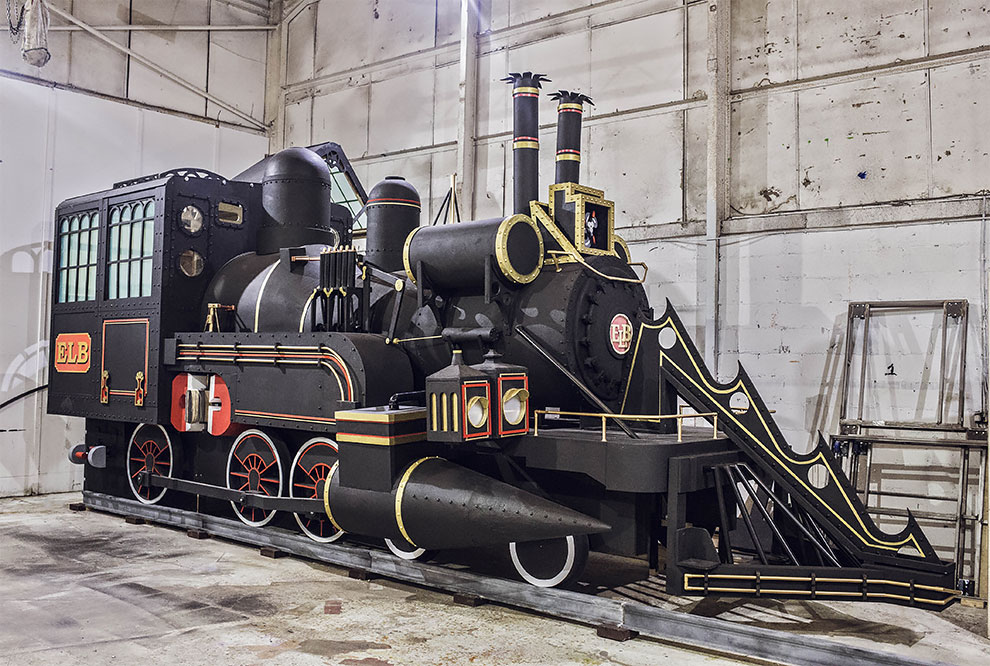 The pair hope to showcase the world’s first replica to the world when lockdown restrictions are eased. They have been inundated with fans who would love to see it in the flesh. They hope to hire it out for private events in the future.

Mike said: “We are waiting for an opportunity to showcase this world‘s first replica build to the world. The BTTF community cannot believe that we have recreated so an iconic prop. We have hundreds of people waiting for this to be released so that they can see this build in the flesh. It has brought a great buzz to the BTTF community.” 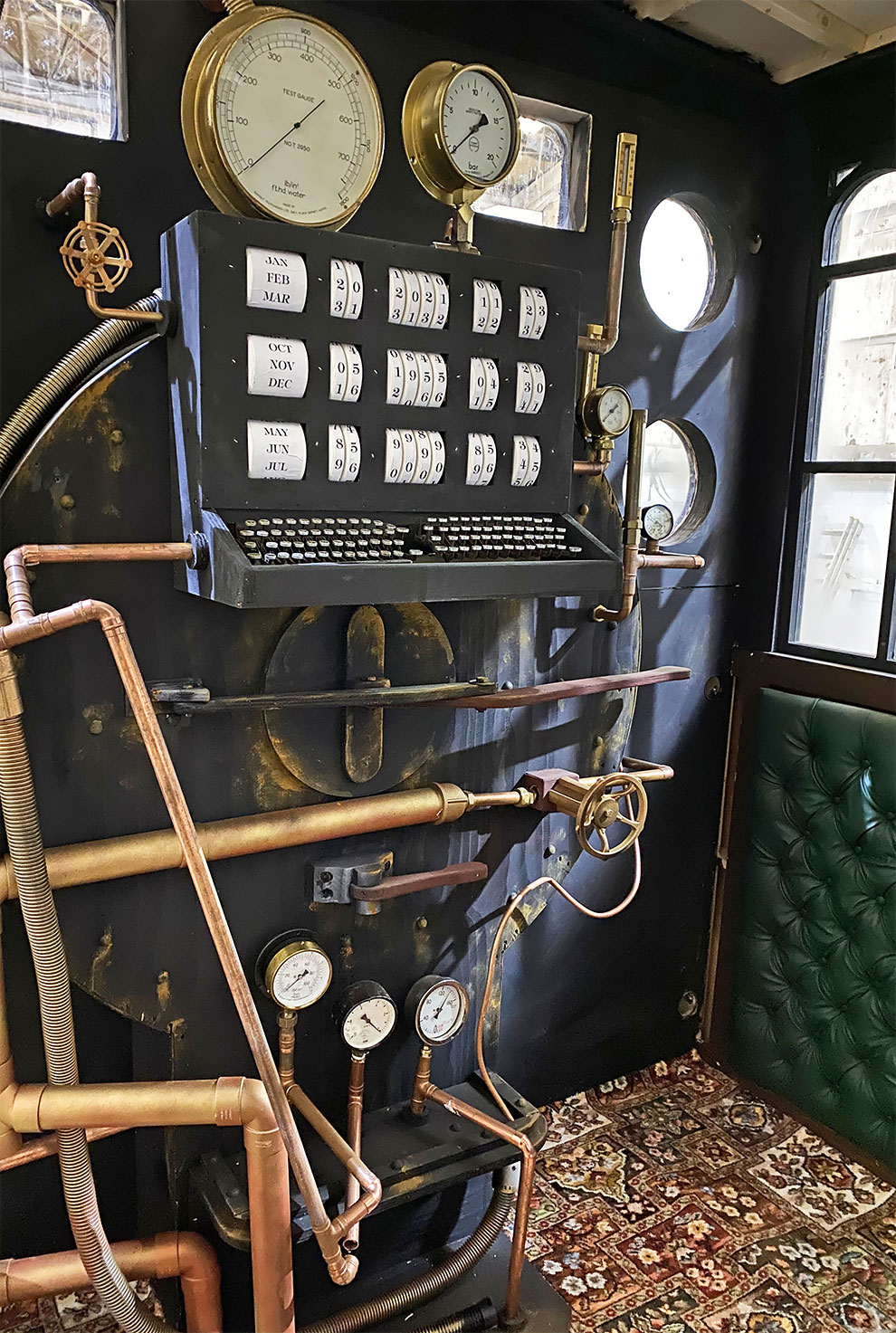 "Elvira, Mistress Of The Dark": Stunning Photos of Cassandra Peterson in the 1980s
Tanks - The Fallen Giants Of The World War I
Custom BMW R NineT Bike by Russian Custom Workshop Zillers Garage
"Deploy": The Surreal Dreamscapes of Ahmed Muntasir
Alien Hunter: World’s Biggest Telescope will be Built in Chile
The "Super Brain" Phone Cabin
Exploring the Deep Sea
1936 Stout Scarab: The World's First Minivan?
Police Find Semi-Submersible Watercraft Intended for Cocaine Smuggling in Colombia
Amazing Photos Of 1974 Lamborghini Bravo Concept, The Dream-Car That Never Made It Into Production
The Most Appealing and Performing Electric Cars of 2011
"End of All Times": Breathtaking Dystopian Fantasy Worlds of Gal Barkan
Collider Exhibition at the Science Museum in London
Turkish Designer Envisions Futuristic BMW Titan Motorcycle
Crazy Japanese Vending Machines
This Badass All-Black Superyacht Is Fit For James Bond
The Industrial Cutaways Of Frank Soltesz: Amazing Cross Sections Of Modern Life From The Mid-20th Century
Concepts From Future Past: 1970 Ferrari Modulo 512
Rideable «Kuratas» Robot Mecha Unveiled at Wonder Festival
Click Keypad Watches for True Geeks
iWalkers: Council Recruits Men with TVs Strapped Above Their Heads to Walk the Streets and Warn Public Not to Break Covid Lockdown Rules
This Elderly Couple Bought Their Household Appliances In 1950s, 50 Years Later They Still Work!
This Japanese Train Station Only Exists So That People Can Admire The Scenery
The Superb Futristic Dashboards and Floating UIs by Sebastian Stapelfeldt
Back To The Future, movie, replica, sci-fi, train