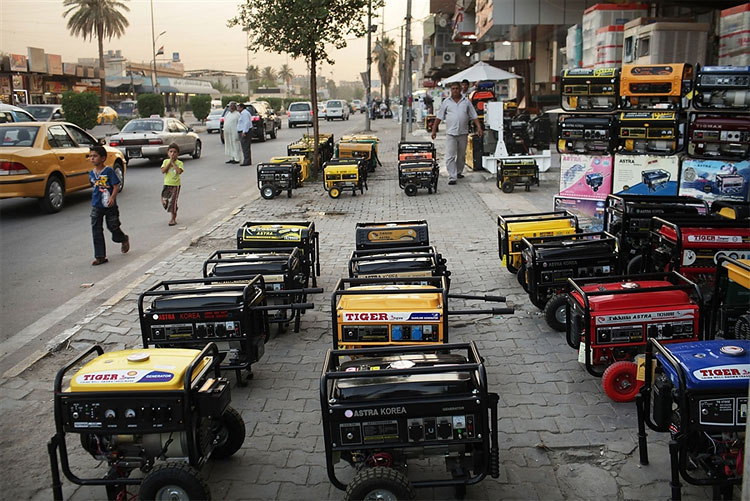 People pass a generator store on a street on July 25, 2011 in Baghdad, Iraq. Despite a recent doubling of the megawatts of electricity available to Iraqis, many people still only receive a few hours of electricity a day from the national grid and therefore have to depend on generators and other private sources of electricity. With more homes owning computers, televisions, refrigerators and air conditioners there is an increased demand for electricity, especially in the scorching summers. The lack of dependable electricity has been one of the main sources of demonstrations against the government. As the deadline for the departure of the remaining American forces in Iraq approaches, Iraqi politicians have been increasingly pressured to give a final decision about extending the mandate for a small U.S. military presence beyond the end of the 2011 deadline. (Spencer Platt / Getty Images) 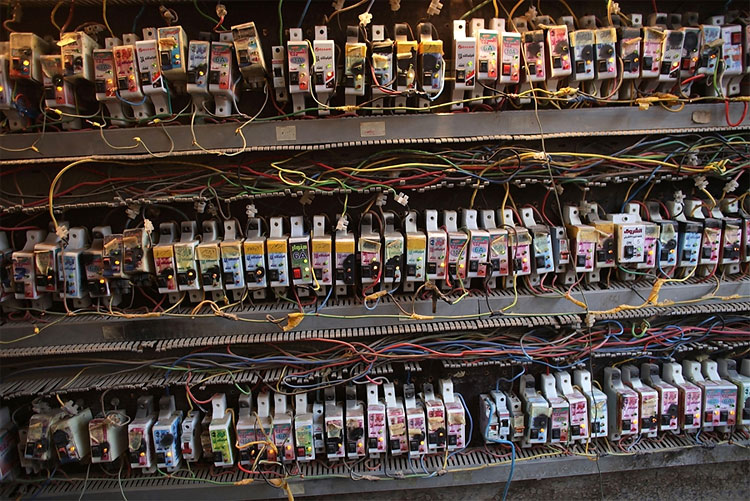 Over 100 electric boxes connect homes in a building to a collective generator in a poor neighborhood on July 25, in Baghdad, Iraq. (Spencer Platt / Getty Images) 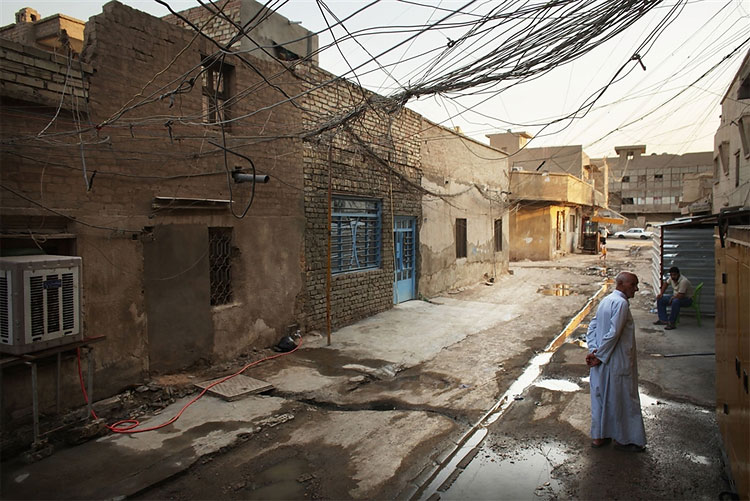 A man walks under a tangle of wires connecting homes to a collective generator in a poor neighborhood on July 25 in Baghdad, Iraq. (Spencer Platt / Getty Images)

This Is What Can Happen When You Don't Use Your Computer For A Month
Cute Chinese Cargo Van Apartment
Abandoned Space Observatory in Puerto Rico
World's First 3D Printed Car
3D-printed Statue Selfies
During the Coronavirus Pandemic, Disinfector 'Robots' Were Hired at a Children's Hospital in Russia
Mood Meter Tracks Smiley Tweets and Frowny Tweets
"Passing Cloud" Reimagines What 21st Century Travel Can Be
Double: Wheels for your iPad
Polish Stalkers Turned The Lights On In Pripyat, 31 Years After Chernobyl Nuclear Disaster
2007 ‒ 2023 by Design You Trust. Proudly hosted by WebHostingBuzz.
Privacy Policy · Terms of Service · Content Removal Policy ❤️ 🇺🇦