Australian Farmer Fights Erosion With A Patchwork Of Geometric Designs

A South Australian farmer has transformed his land into a gigantic geometric patchwork in a bid to fight soil erosion. Brian Fischer created the patterns at Ashmore White Suffolk Stud, north of Adelaide, following recent bushfires. 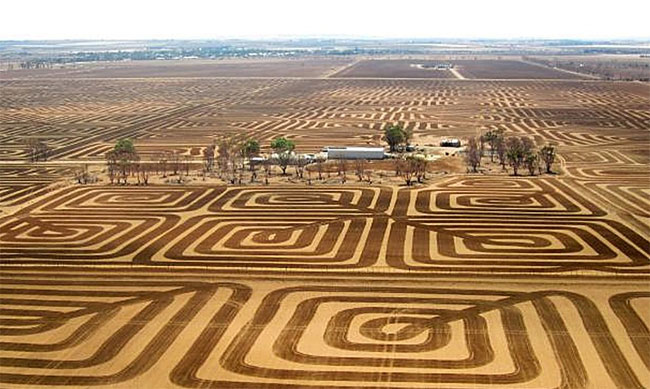 In the absence of any vegetation, he says the furrows prevent gusting winds from causing further damage. “The fires cooked everything,” he told 3AW radio, “but whichever way the wind blows it’s always at 90 degrees [to the furrows] so it can’t get started”. 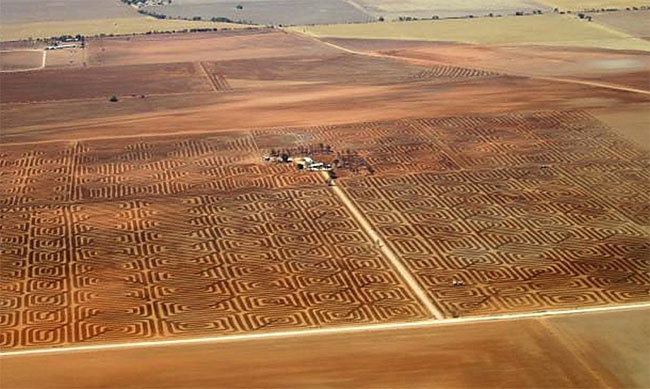 The idea dates back to 1944 – if not earlier – when more than one million hectares of land were destroyed by a raging bushfire in Victoria. Fischer says the pattern took several days to plough but is saving him 15cm of topsoil. 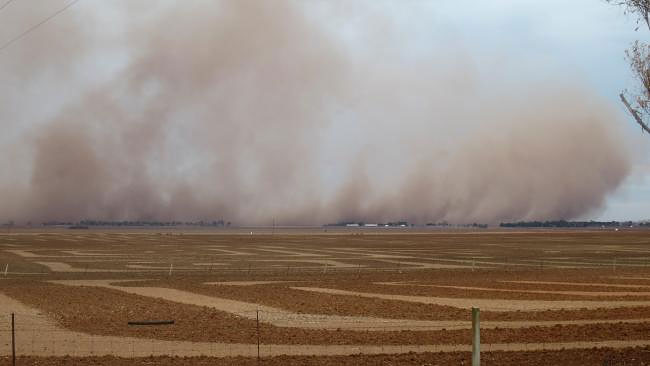